I am a new member, officially, but unofficially have been a long-time peeker. I really thank to those who put their time into sharing knowledge with us. It takes a lot of time, sweat and cursing. I have recently moved back from Japan about a month ago and my HDJ81 is in the process of getting shipped here. I will say in about 4-6 weeks, it will arrive in Washington State. I've had numerous cars while in Japan and had a lot of DIY experience on many diff cool JDM cars. I decided to bring back my LC 80, which was my final choice, and here I am waiting for it get here on US soil. BUT now I am at the brink of selling one of two my special cars due to financial need (I need the money to help my close friend).

So I've got a 91' Skyline GT-R garaged almost for a few years that I hardly ever drove because I was living overseas. And this Land Cruiser was supposed to overland and explore the beautiful land of America with me with my return. But I just can't sell my Skyline because I am too attached to it (6 years of ownership). So it's not the car, it's me that's with issues. I must sell one of these, and it will be this guy LC80 first up in line. Never thought I would have to sell my car for money but the time came. If there is no potential buyer, then I would have no choice but to try to sell my Skyline. So here it goes.

History: The car was owned by one Japanese man (who was in his 60's) for the last 30 years. That makes me the second owner and I've had it since October 2020. So the car is actually in very decent shape. Is very stock and clean chassis and body; definitely NO rust on frame and pretty sure haven't seen any on body either. Recently Re- Painted to OEM color on Hood, Roof, L side Fender, door handles and the rest of was compound detailed (cause i couldn't afford the full paint job, but it does look brand new). More pictures when the car gets here but for now, i'll put up what I got.

A few things to Note:
- There is a metal clunk sound when getting in gear Reverse or Drive from Park. This was diagnosed by a shop and said likely a pinion gear wear in the rear diff (so that would be something like $5-600 for parts + labor, also thru Ih8mud, learned that it sounded quite common to many LC80 owners, some say to live with it but I say fix it some day) But at the end of the day, it's annoying a bit but doesn't not affect functionality of the car.
- Knuckle reseal kit ( Left side leaks grease so it's time to reseal them. I already have the kit from Marline Crawler so it will go with the car)
- There are no body damages. In the picture it will show that side step looks bent a bit and this is from my first and only off-roading i've done in life. Currently it has two other OEM side plates that i sourced and replaced before leaving. The front steel bumper has a small ding in the bottom, because I hit something on that off-roading day. It won't show in picture. but hardly noticeable, and fixable)

Car is in very good condition other than that. I've looked for this specific trim model for a while and got it when I found it. Really bummed to post this but I wish I can sell this so I can keep my Skyline.. I am looking for $32k. It may be too high for some, it may be just right. You may not agree with the price as I do not agree with some of other prices either.

My belief is that I can probably find this again in the market in future easier than I could with R32 Skyline. so this is why I am choosing to go with LC80 first.. This post is written now so that I could have some potential buyer to work with before it arrives in about 4-6weeks. Current pictures are all I got. Thank you for your time.

Will update posts as I hear news from shipping POC. 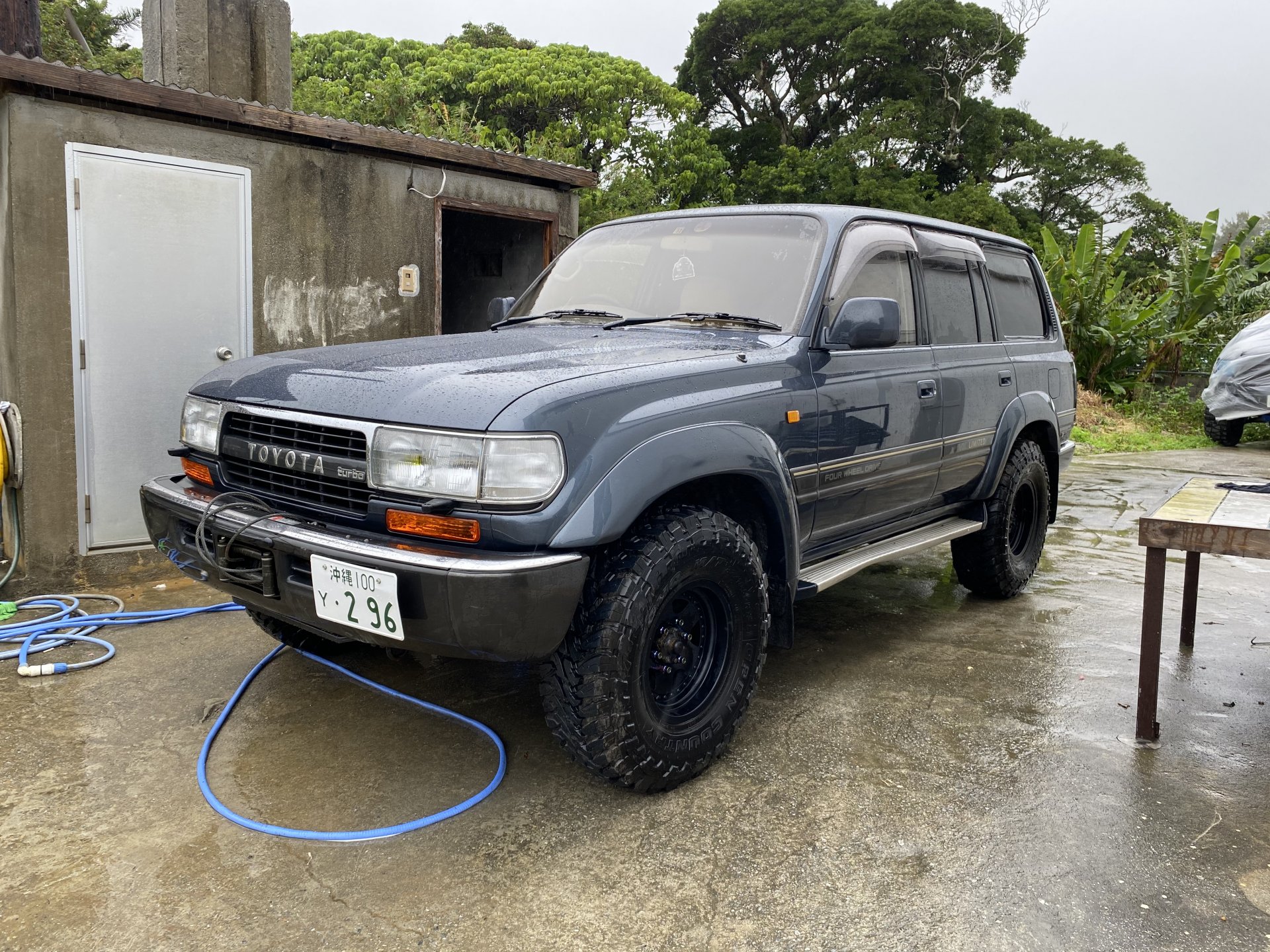 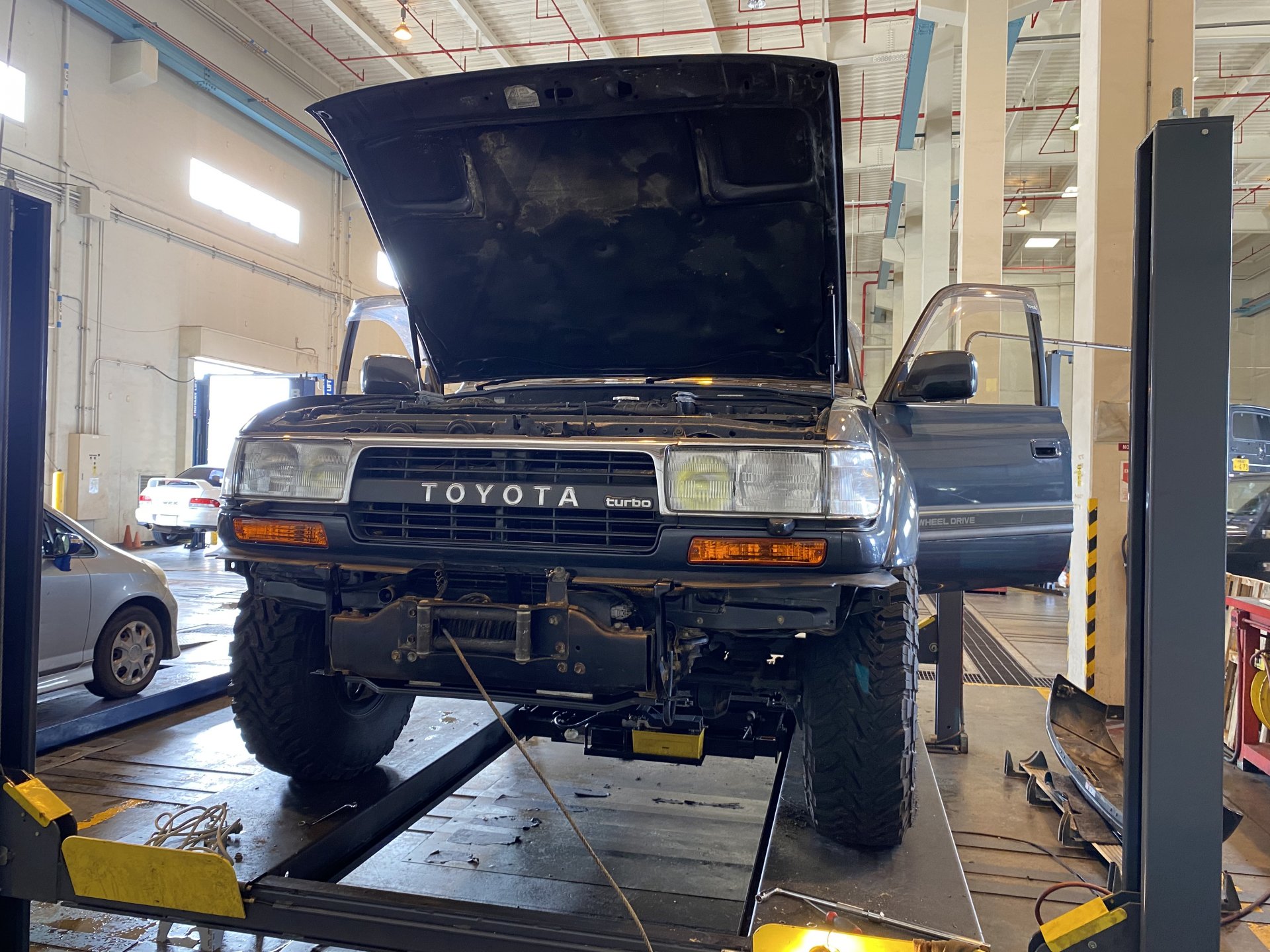 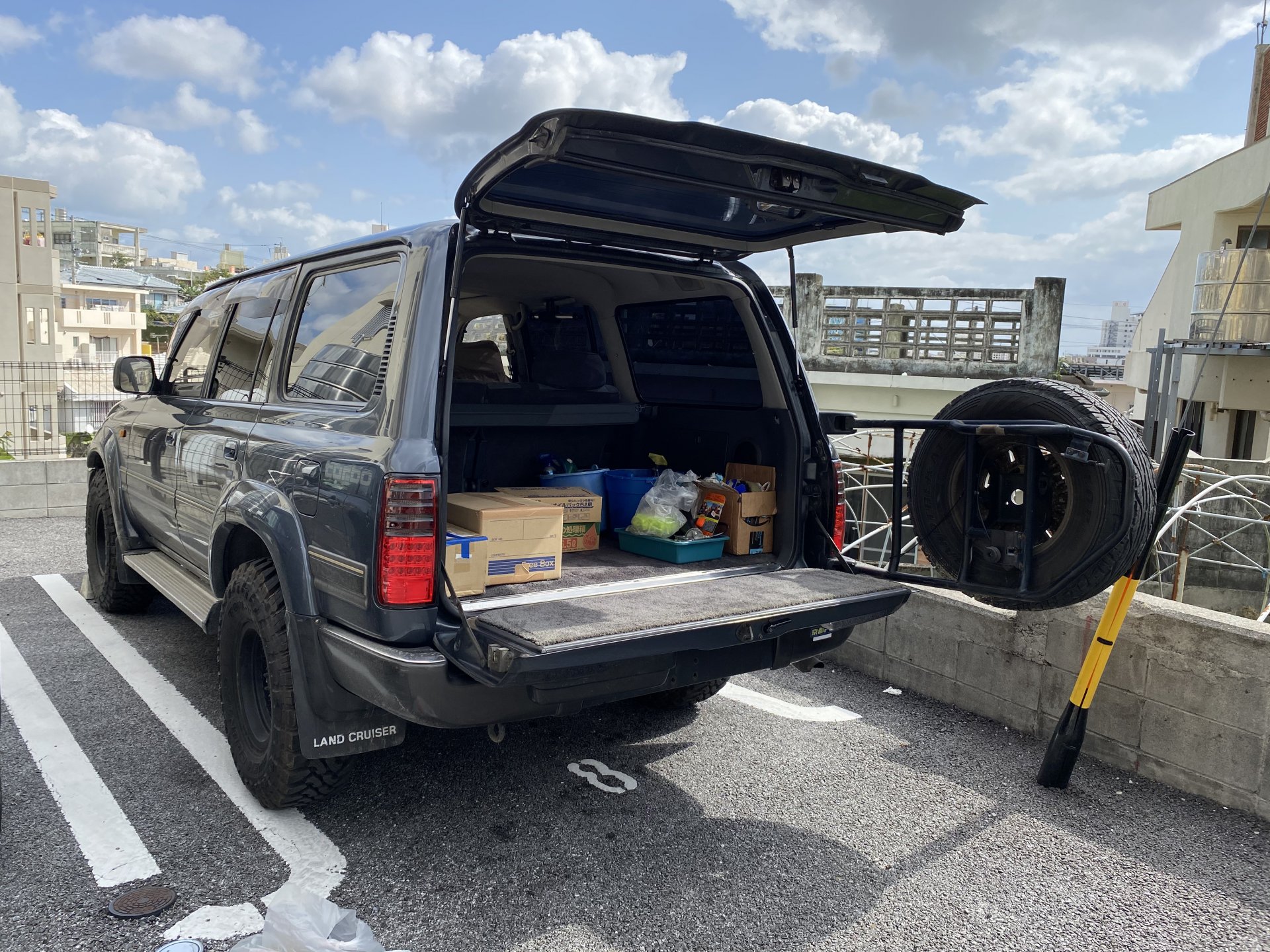 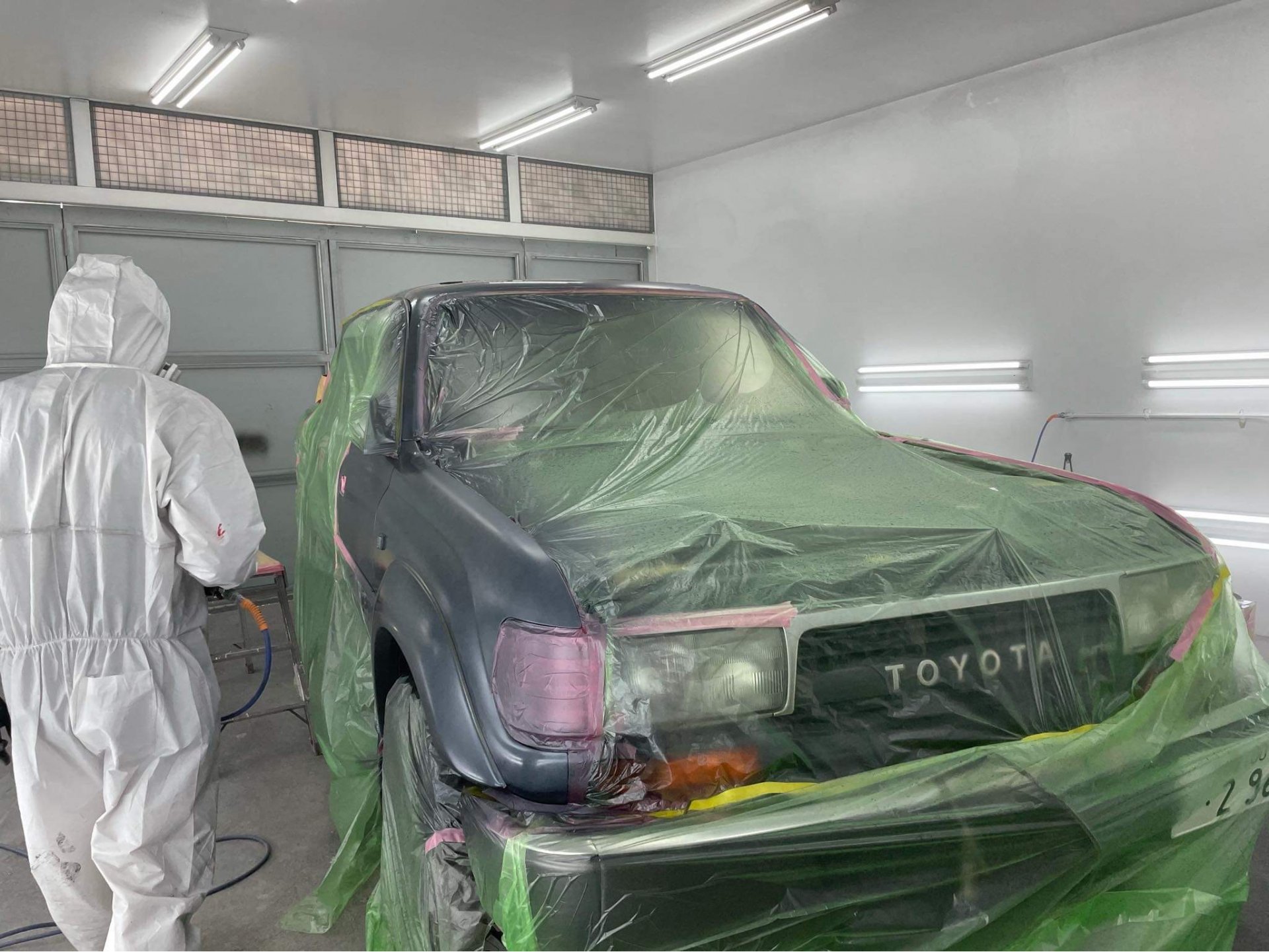 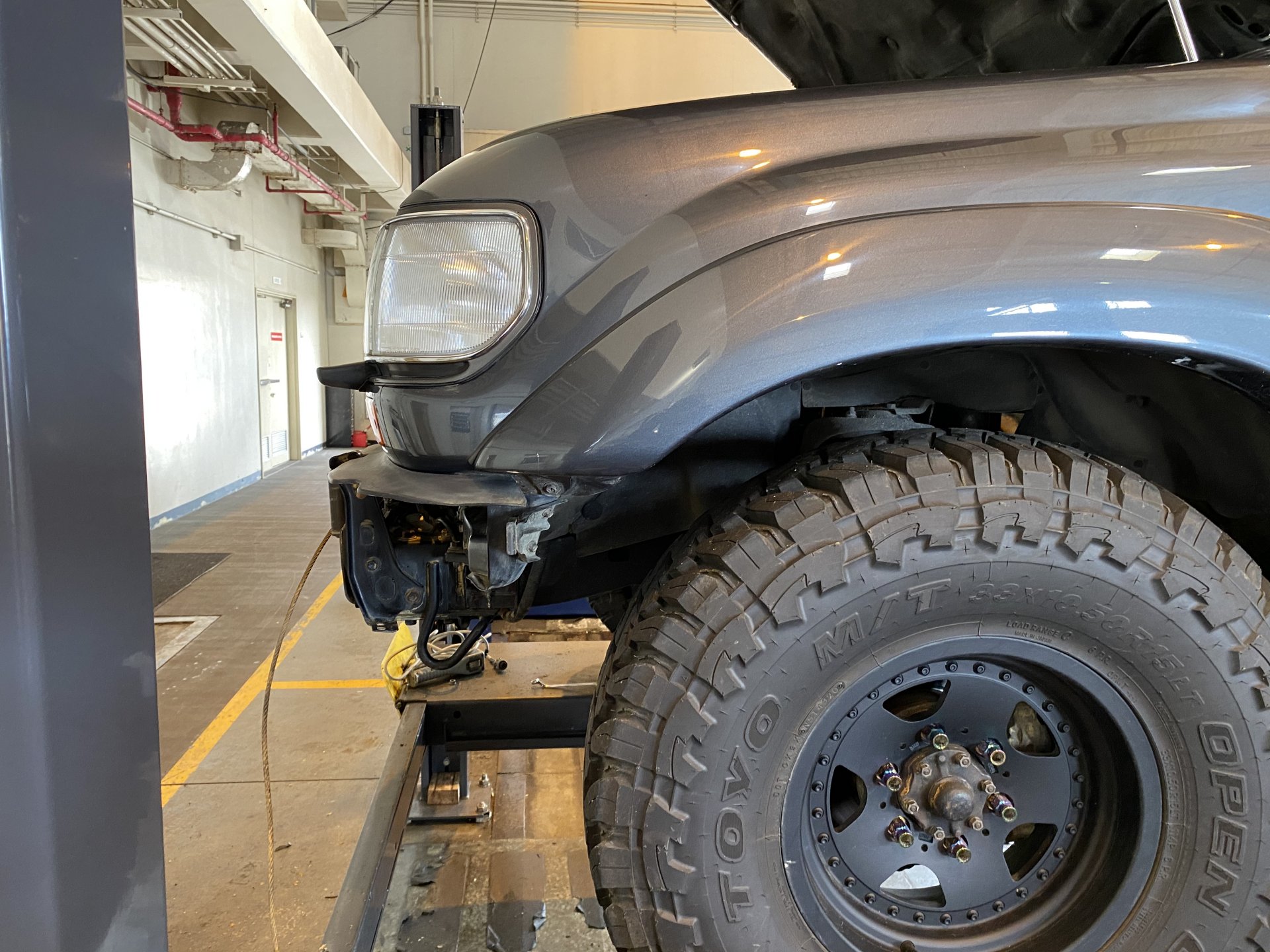 That clunk sound you're describing might be worn out front drive flanges.

Dilspec said:
That clunk sound you're describing might be worn out front drive flanges.
Click to expand...

well noted. If i end up keeping it, i will keep that in mind. Thank you.

I am waiting on the car to arrive so i can post undercarriage, interior, engine bay pics, and also lower the price a bit for quicker sale.
You must log in or register to reply here.