My 'cruiser affliction got the better of me (again) recently with the purchase of this '71 FJ55. It was handed down to me from the PO, Patrick @pkniland, who bought it here in NC and owned it for a short time before he passed it along to me. Patrick named the truck, "Zeppelin" in honor of Led Zeppelin and the release of their first album in 1971. I am a Zeppelin fan as well. While I am not one to change the name of a truck that had been named by a PO, I feel like Zeppelin is a little too pretentious a name for this sad, rusty pig. As much as I like the truck I fear that it may never live up to a name as great as Zeppelin. It has spent some time in my yard. My son Nathan and I have been wrenching on it and my family has grown quite fond of it. We call the truck, "Bucky" and so it shall be named "Bucky" from this day forward. Bucky doesn’t aspire to greatness. Bucky is like an old, worn out pair of boots that get your socks wet when walking in the morning grass. Bucky has a lot of soul but he has no sole. We are going to attempt to re-sole Bucky if only to slap some shoe goo on his wounds. He is a '71 pig but his heart has been replaced with a 2F from a '79 truck. Also the front disc axle and 4 speed from the '79 were transferred over to Bucky.

Patrick saw potential in this truck and despite the horrific amount of rust, decided that it was worth saving. I happen to agree. The truck does have a few things going for it. Patrick sent the truck to Stan @NCFJ at Hardline Fabrication in Chesnee, SC for some much needed love. Stan replaced many brake components, rebuilt the knuckles and replaced all the steering rods and ends. Despite spending some time and money on the truck, Patrick had never actually heard it run. The project stalled when Patrick sent the carb off to be rebuilt. A few months later, I got involved and provided a spare carb for the initial start-up. Patrick and I worked through several of the truck's issues and finally got it moving around under its own power. Just when things were getting good with the pig, Patrick made the tough decision to sell it. I stepped up and brought the 55 home with me. 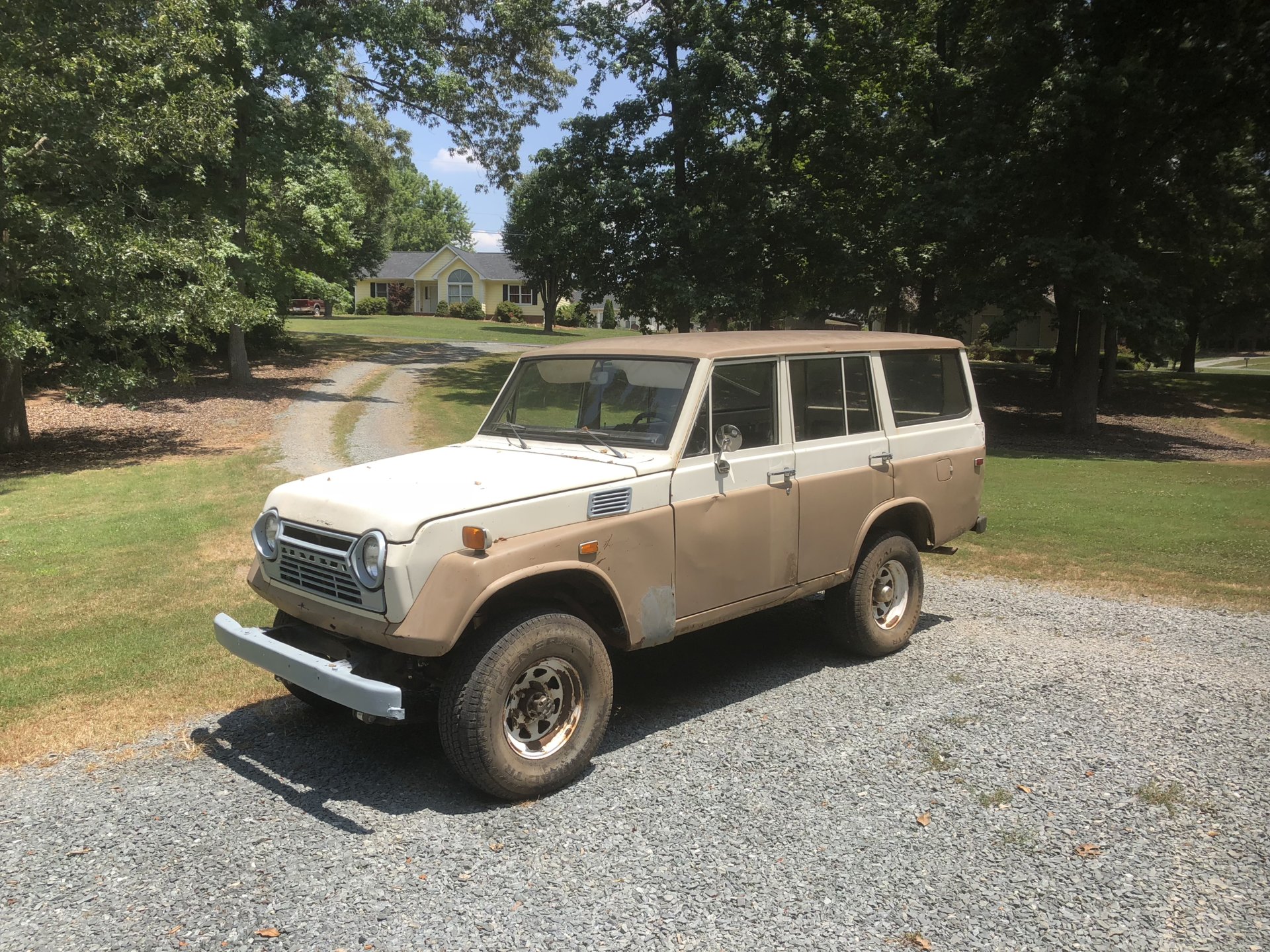 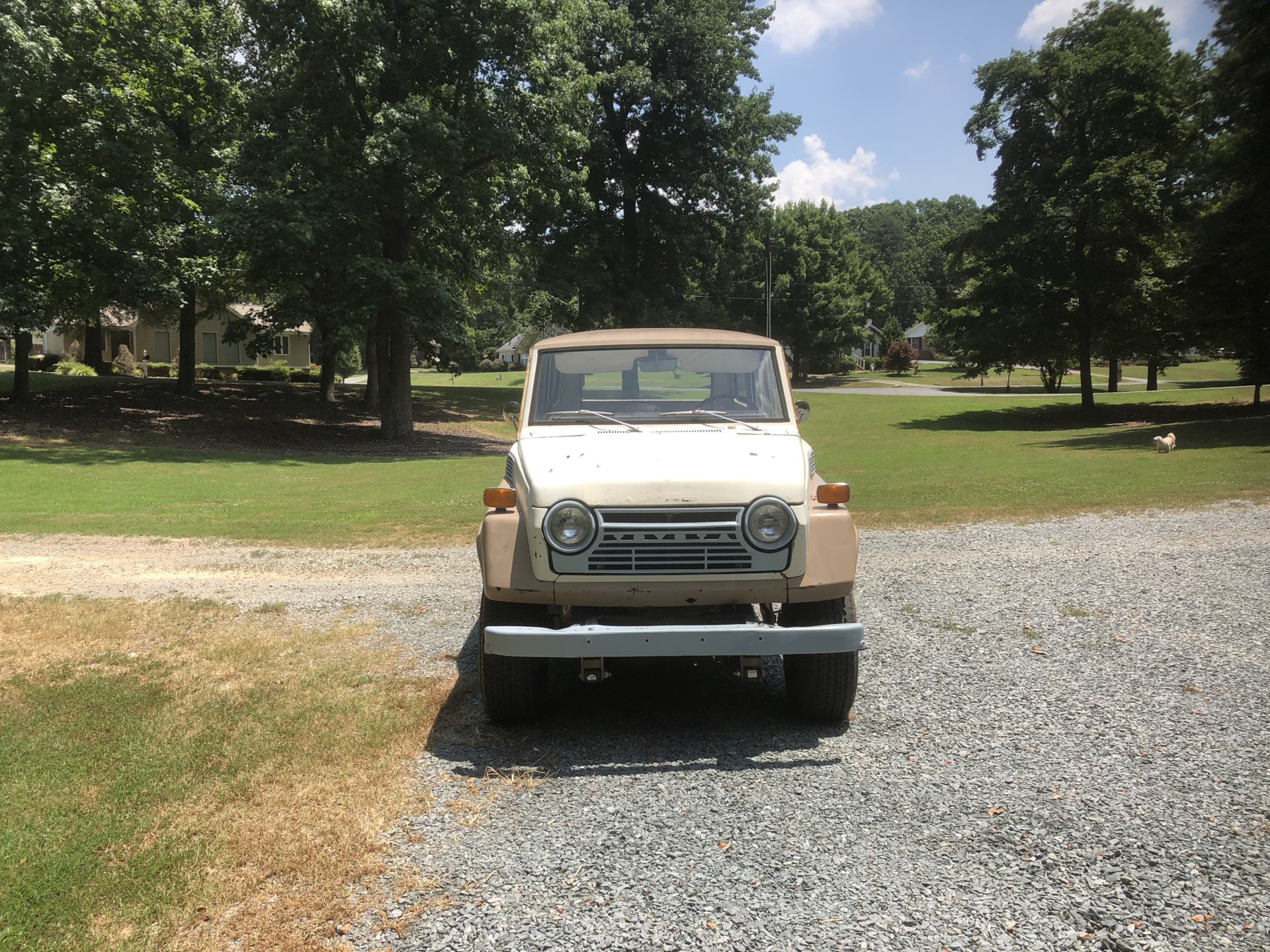 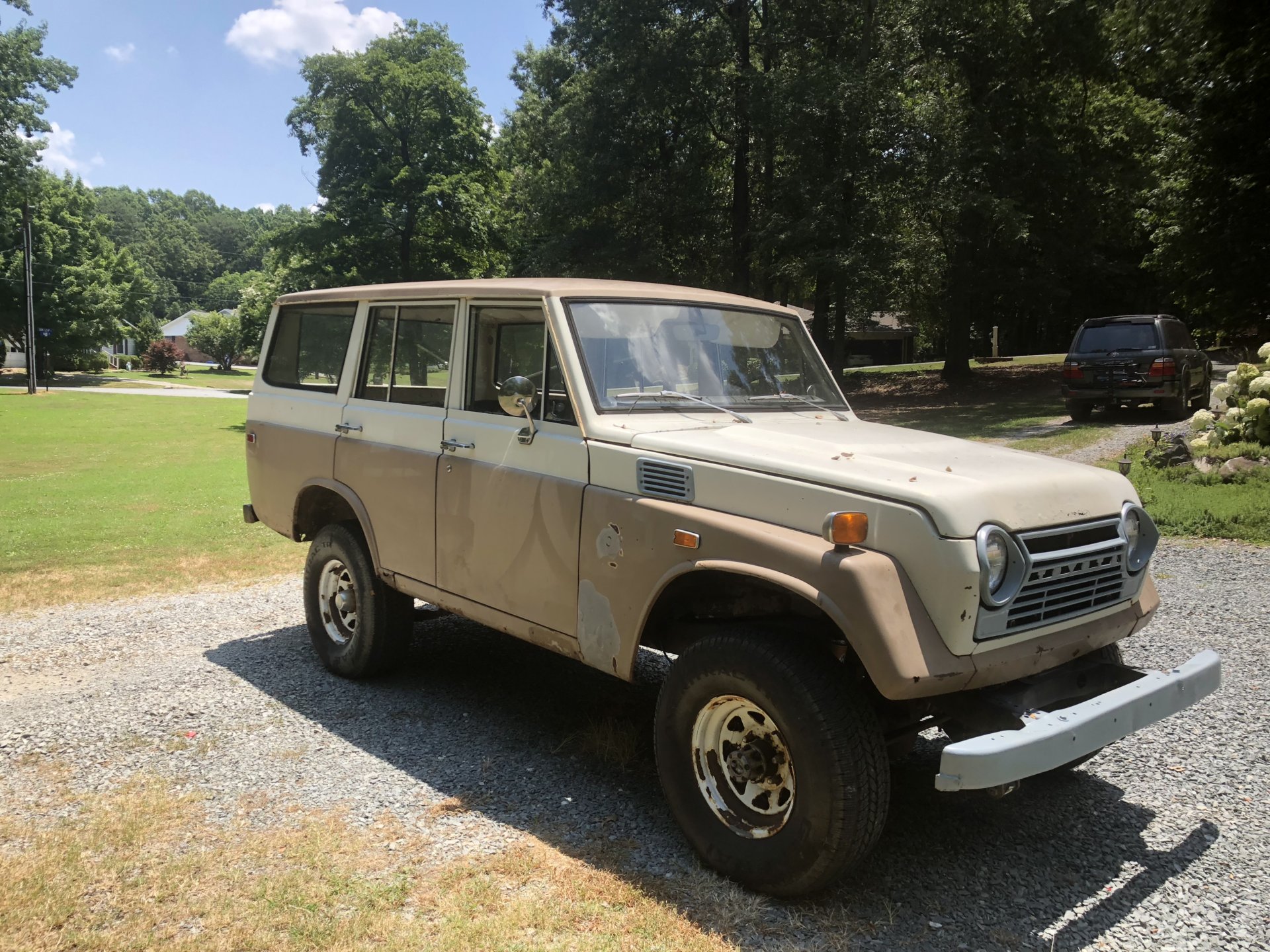 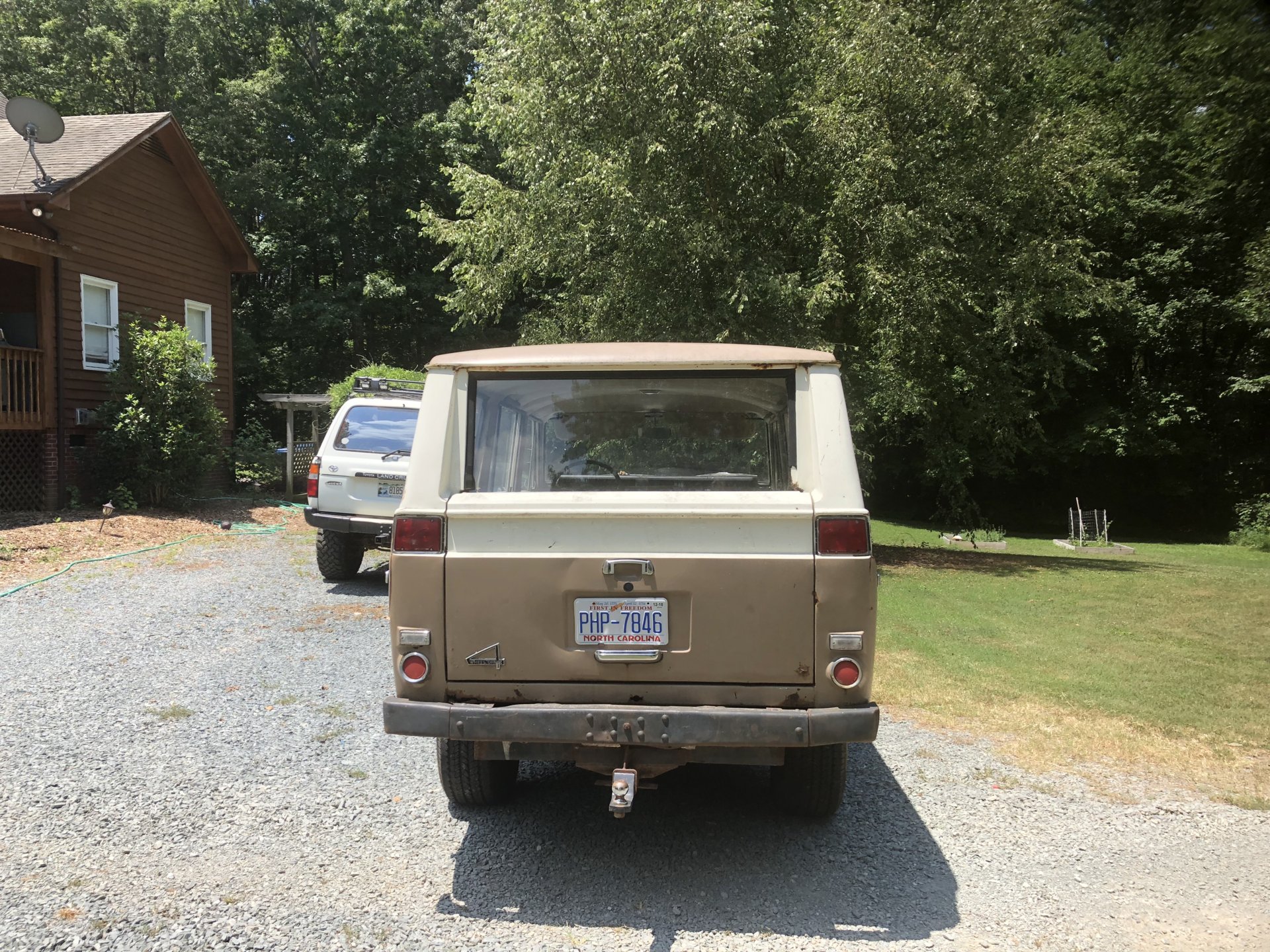 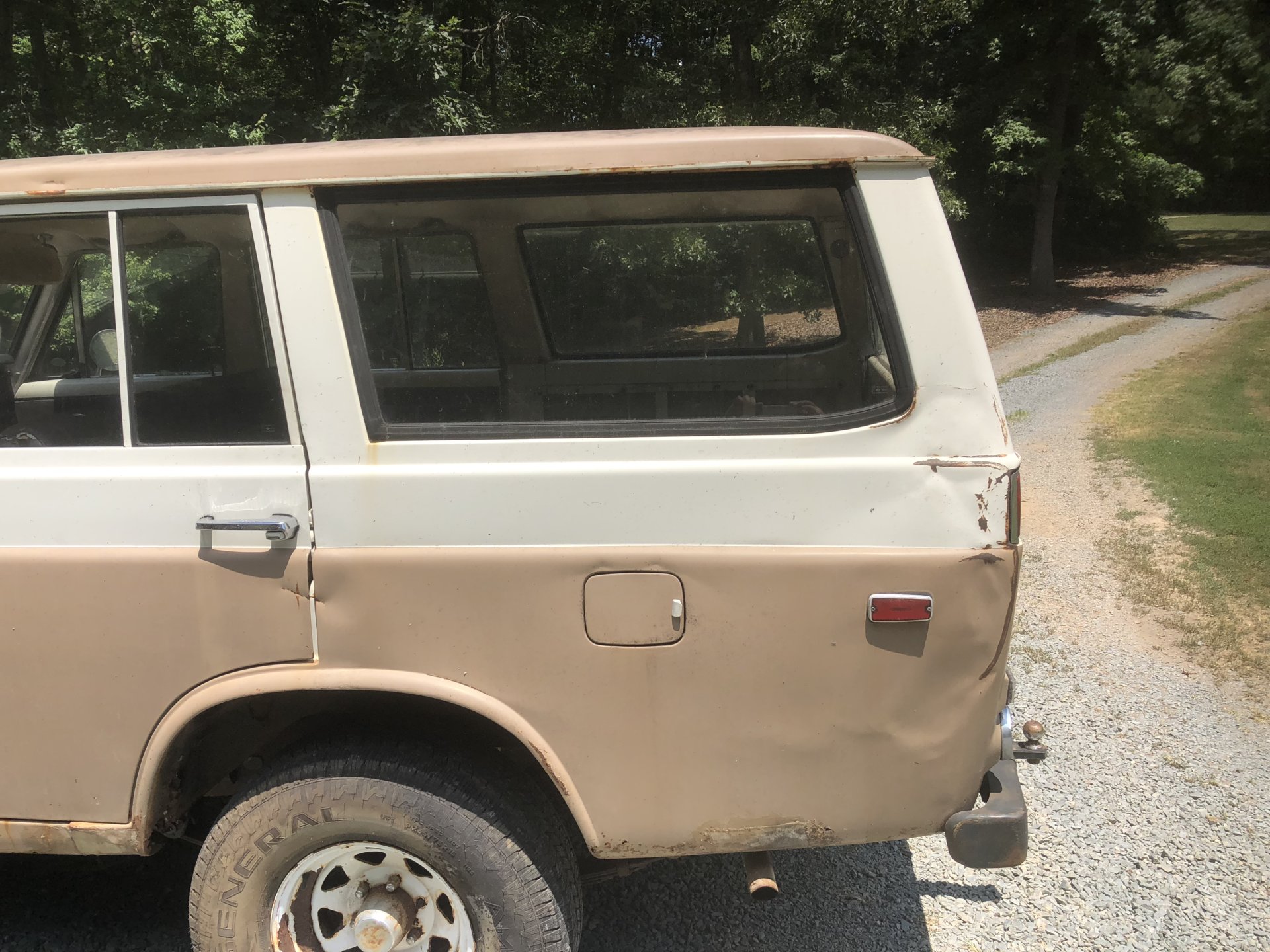 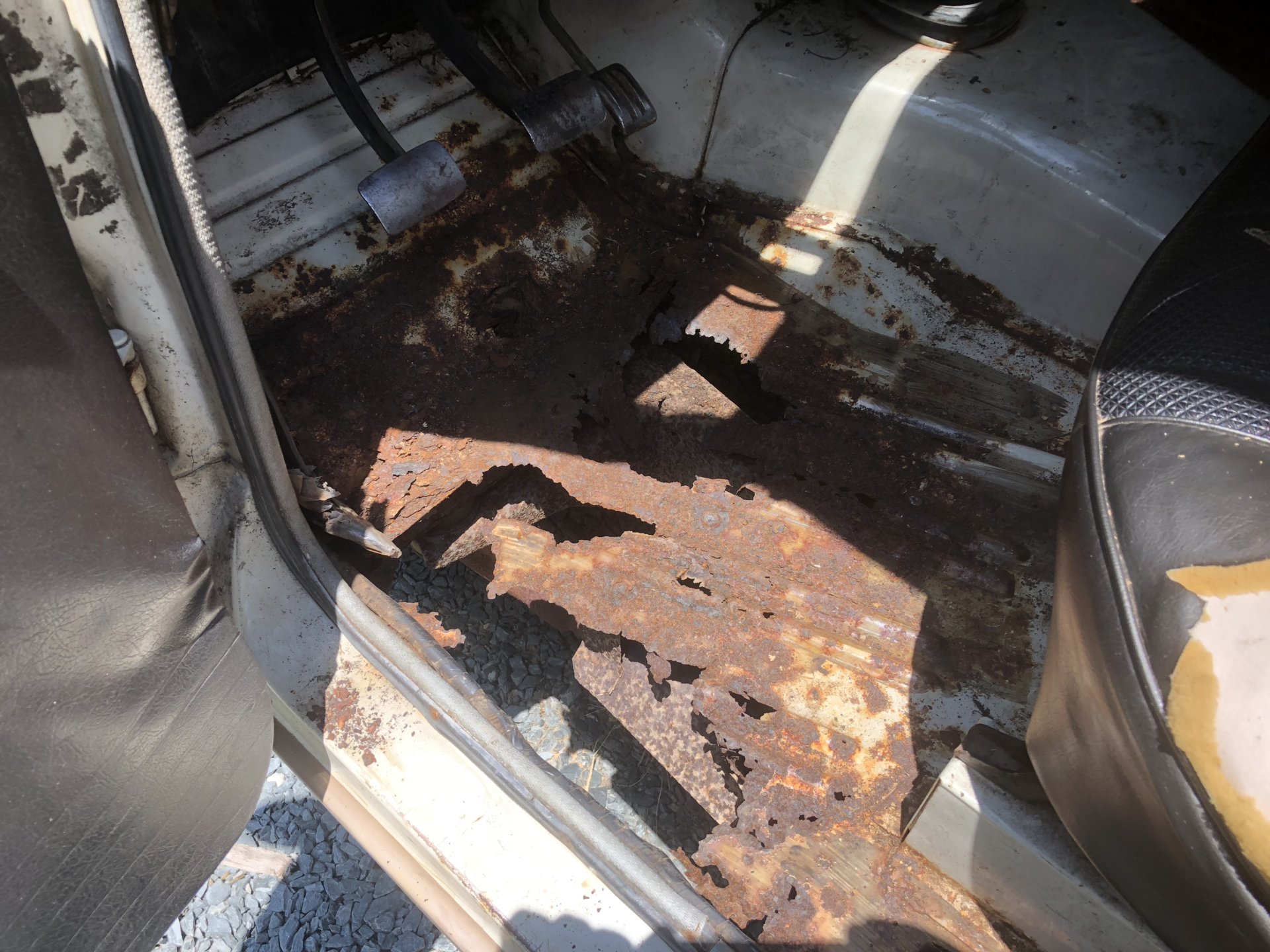 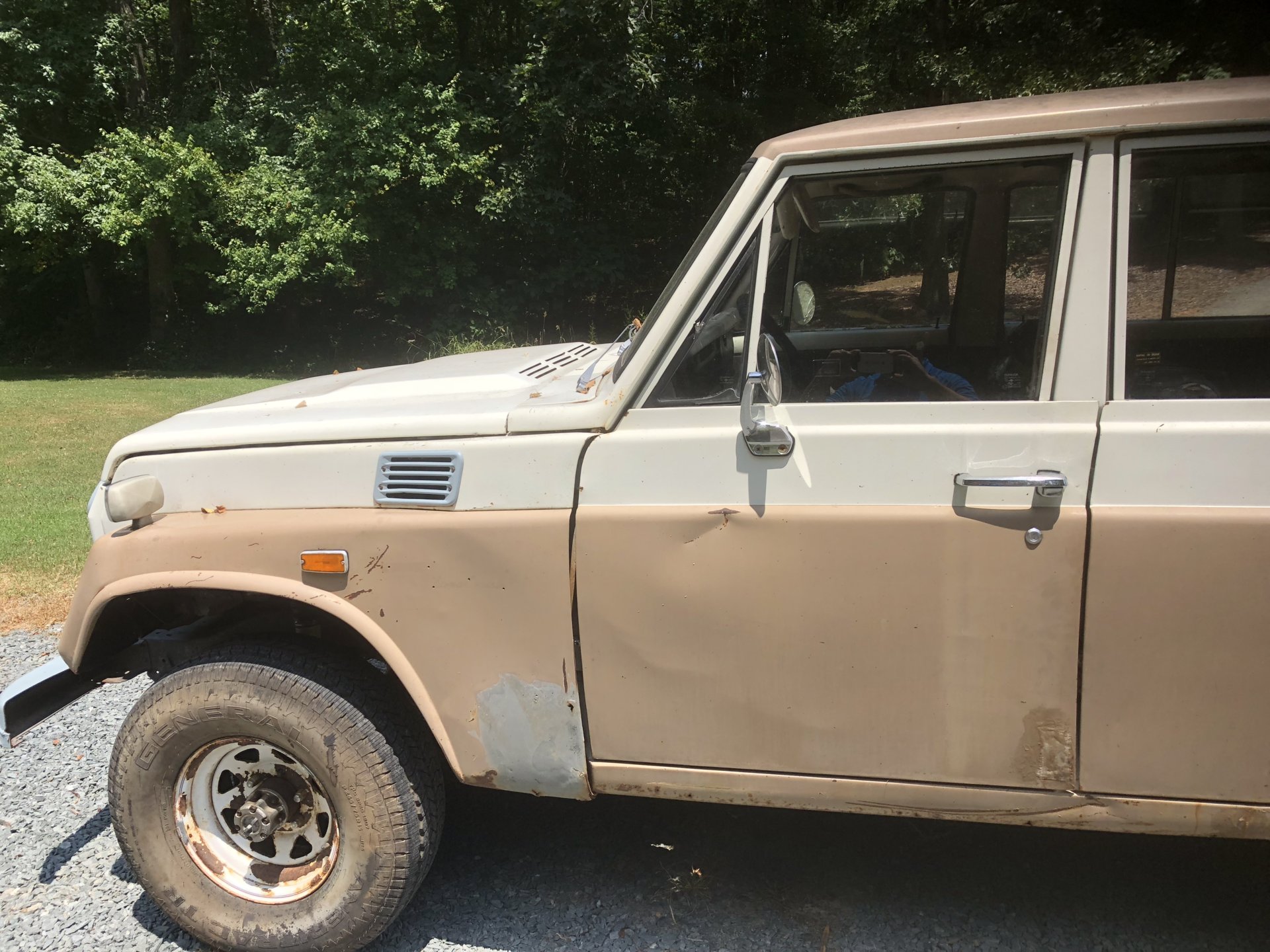 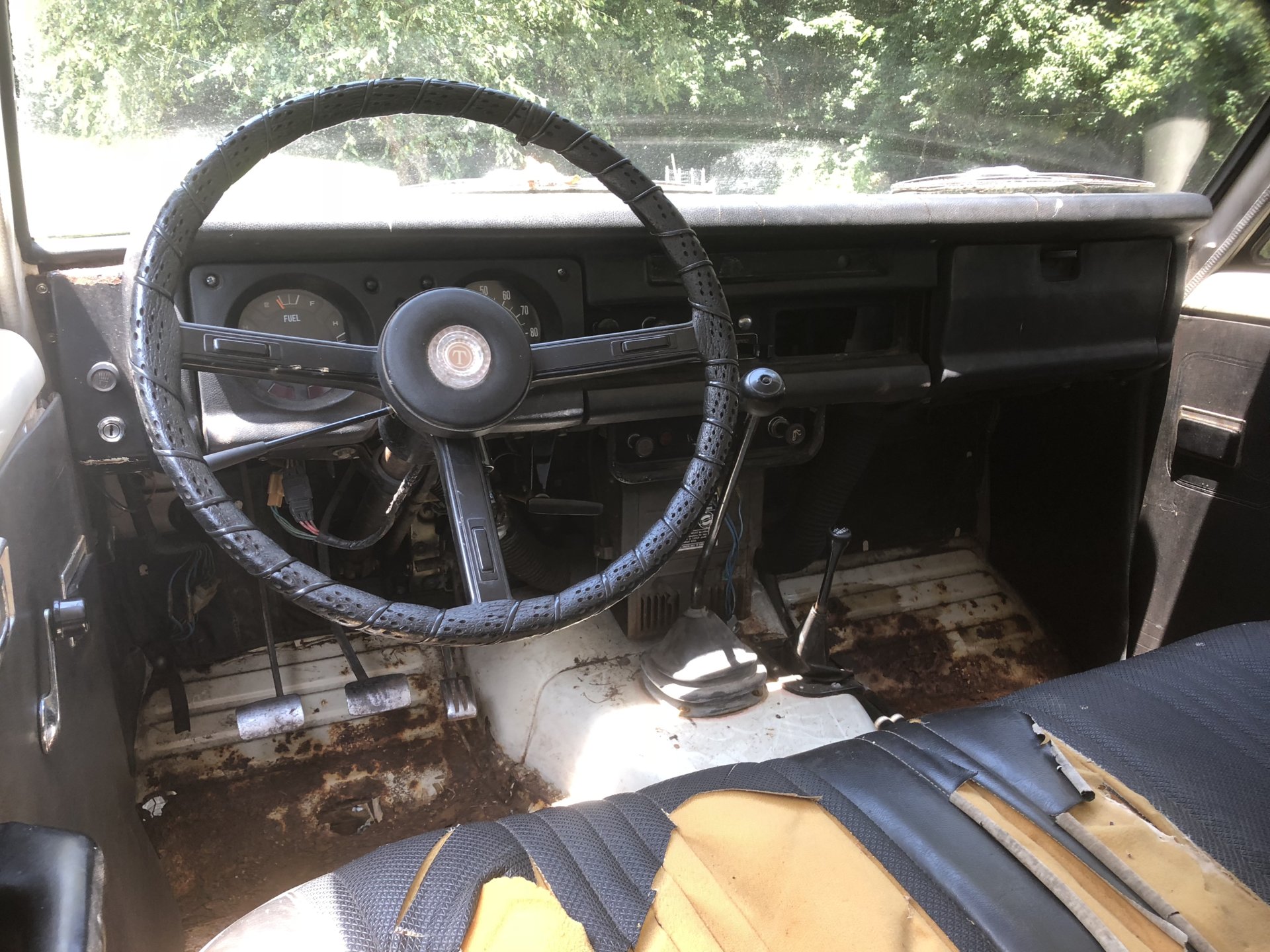 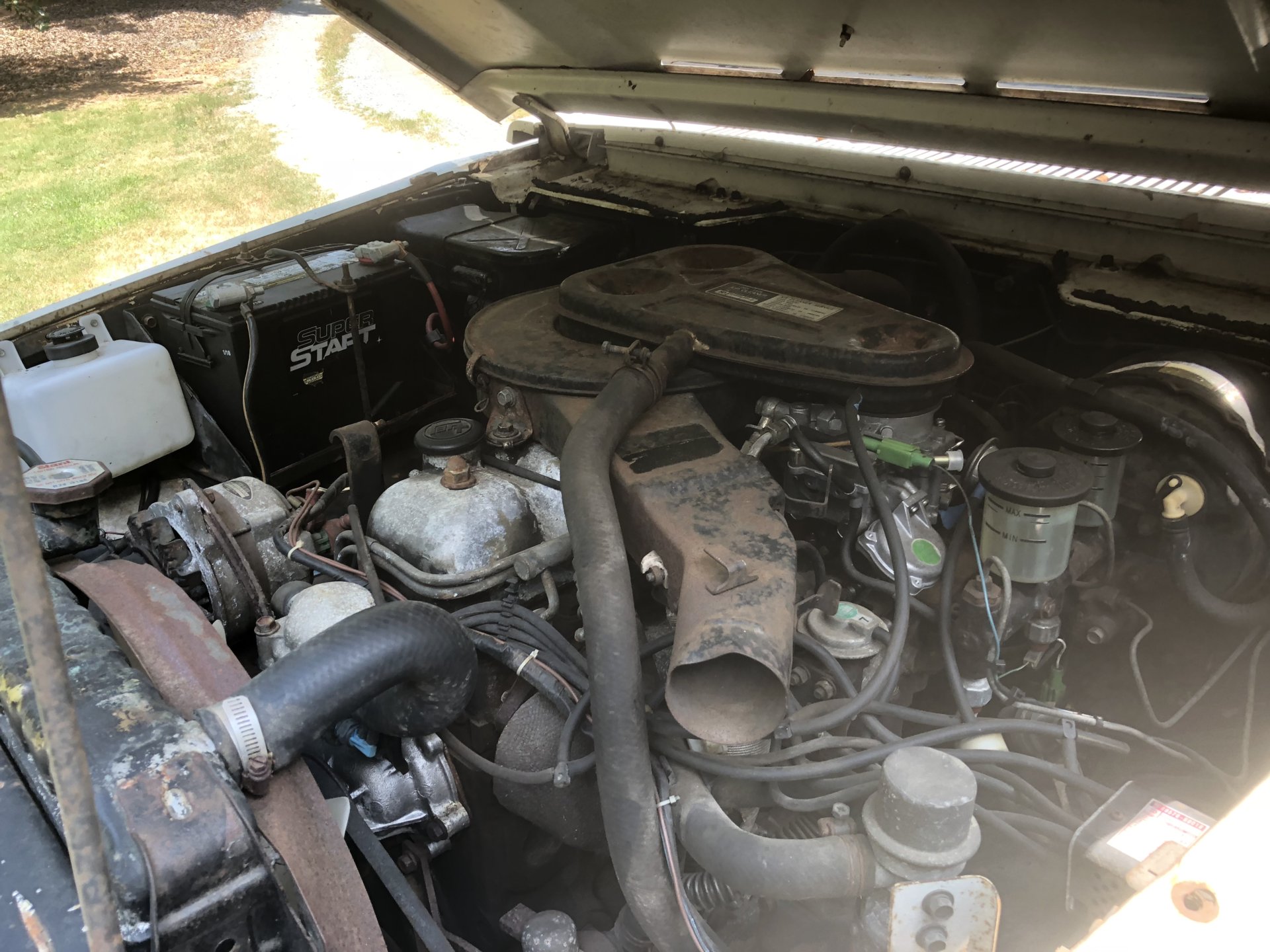 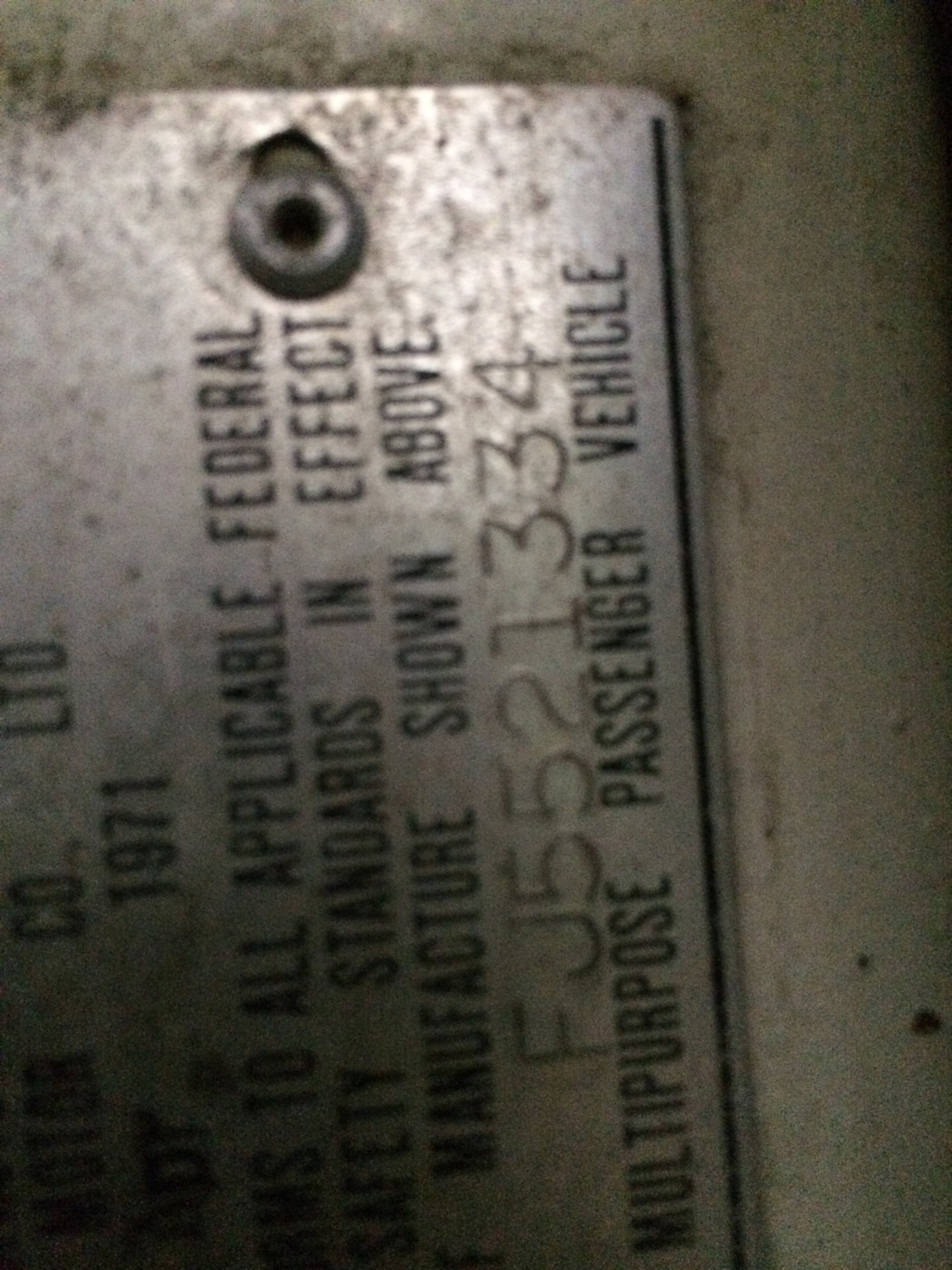 Here was the initial start-up (stolen from Patrick's original thread). We used a water bottle filled with gas and a piece of rubber hose to feed the carb because the fuel pump was dead.

Once the parking brake cable snapped, the pig was mobile for the first time in years. Here's Patrick showing off the pig's newfound mobility:

More pics gleaned from Patrick's original thread, showing the truck as he originally found it, covered in green gunk: 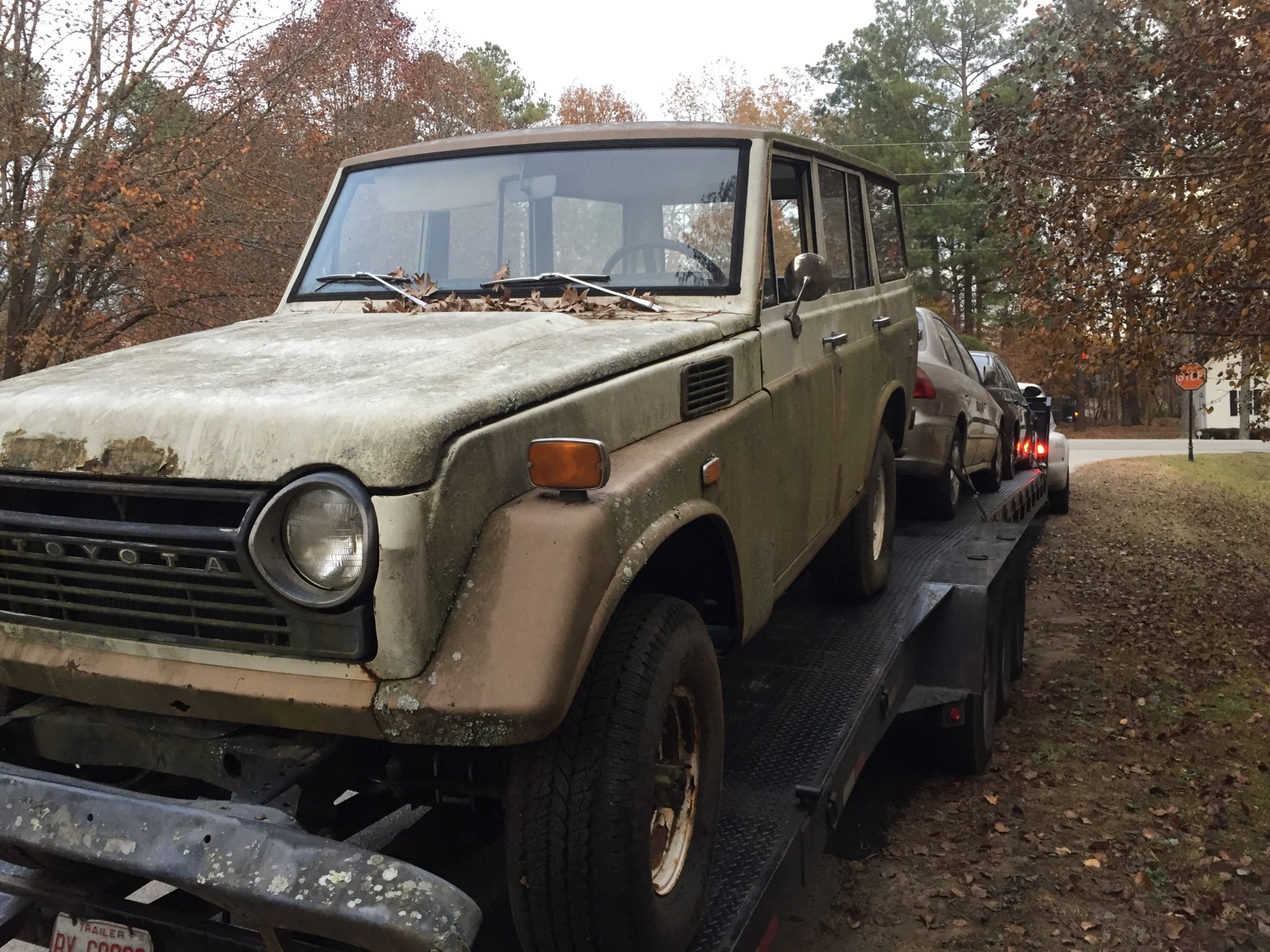 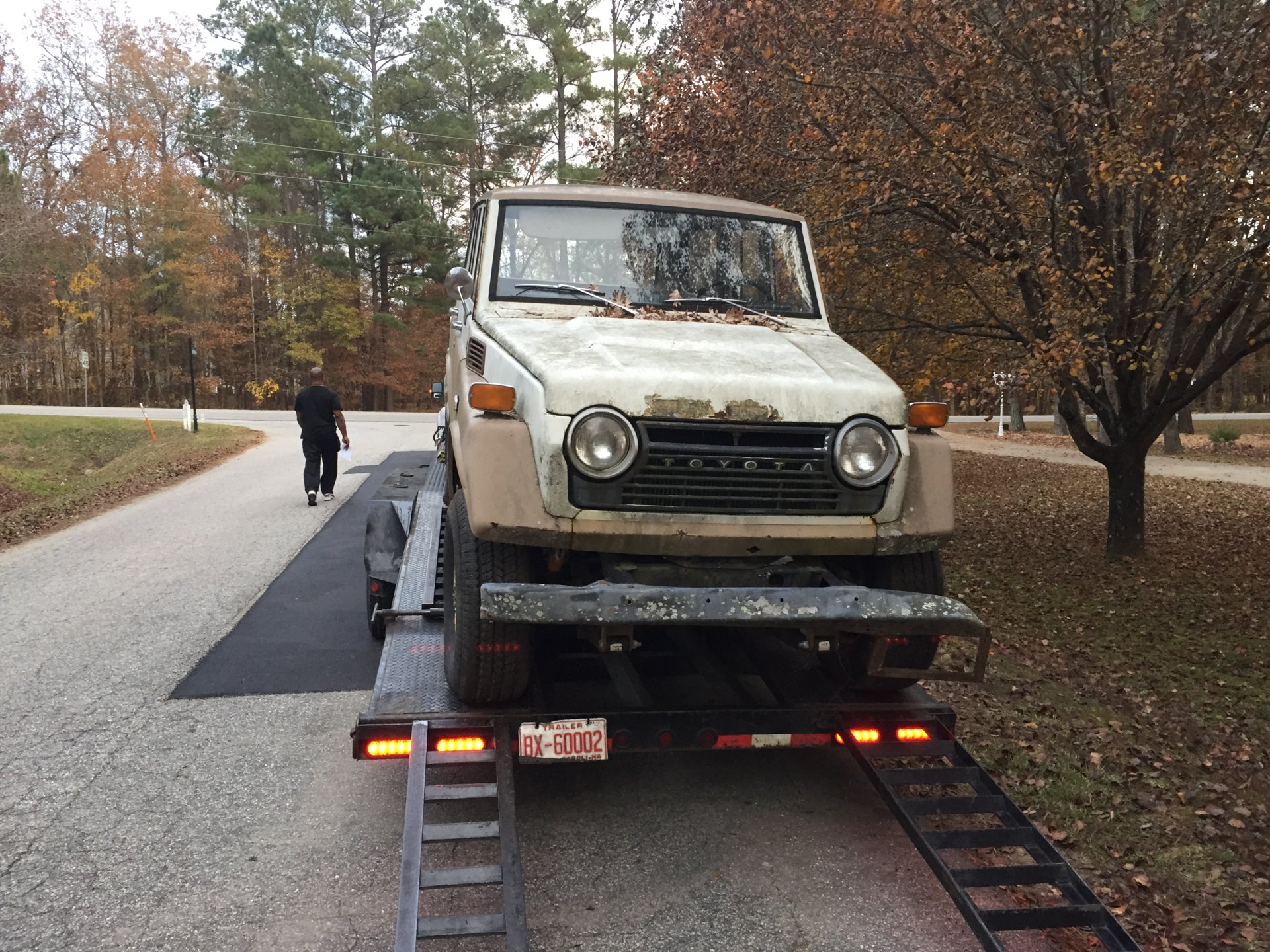 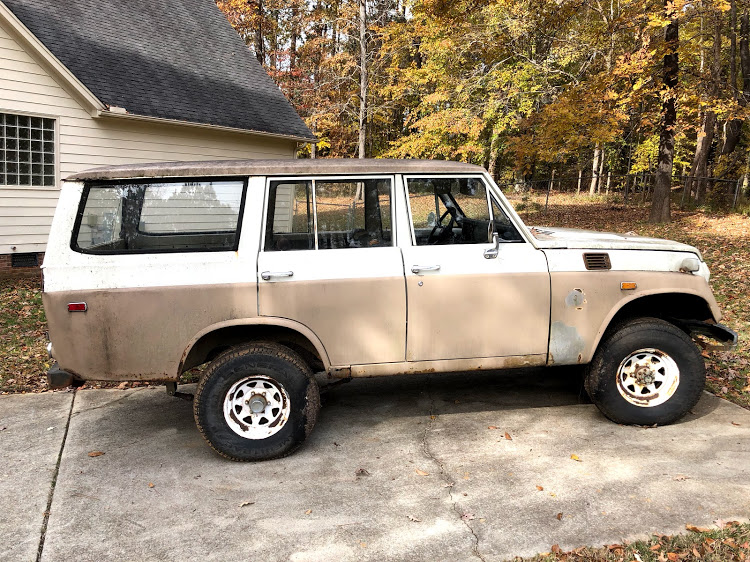 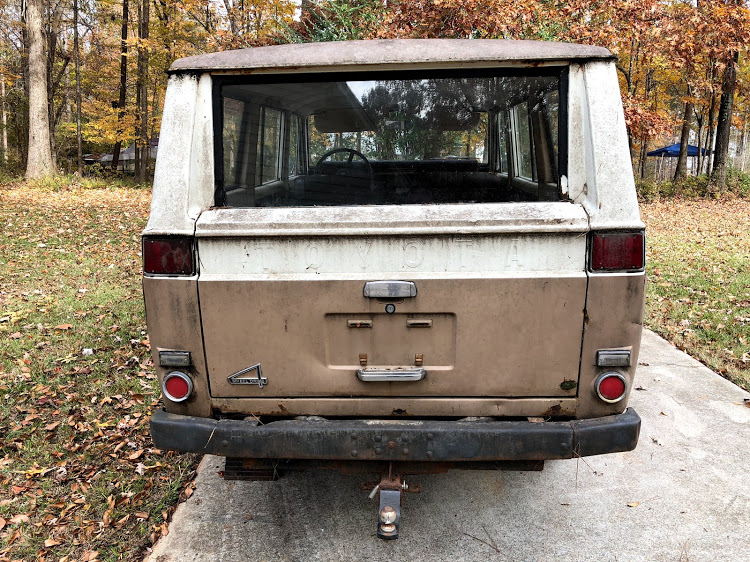 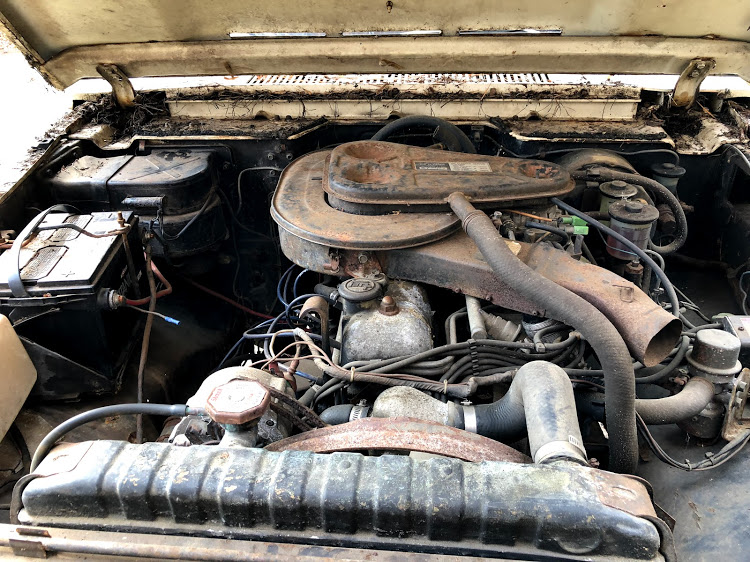 Congrats! Welcome to the H1N1. 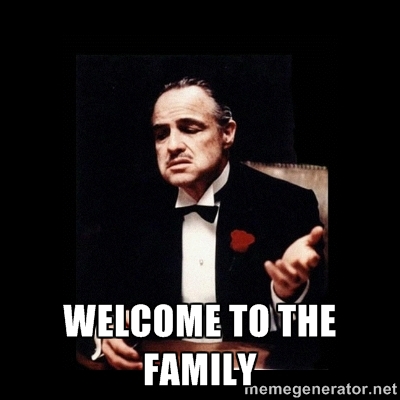 Bucky goes down the road but he doesn't stop. The master cylinder is bad. When we pump up the brakes and let off, the pressure bleeds back into the MC and runs out the cap. That's on the to-do short list. Waiting on the brown truck.

Bucky appears to be sporting its original paint with the exception of the hood and a few small spots that were rusted through and patched by a PO long ago with fiberglass. I decided to do a spit shine on Bucky to bring the paint back to a reasonable condition. I know it may seem like a waste of time, considering the rusty condition of the truck, but paint correction is therapy to me. I enjoy it and it helps me to realize the potential in an old truck like this as well as giving me some time to bond.

I used a DA sander with the sanding disc converted over to 3" foam pads. I like the Meguiars Perfect-It series of polishes for this work. I used the heavy cut cleaner for the first pass with a rough pad and followed that with swirl reducer 2.0 and a polishing pad. Last step was a coat of Collinite 845 rubbed on by hand. 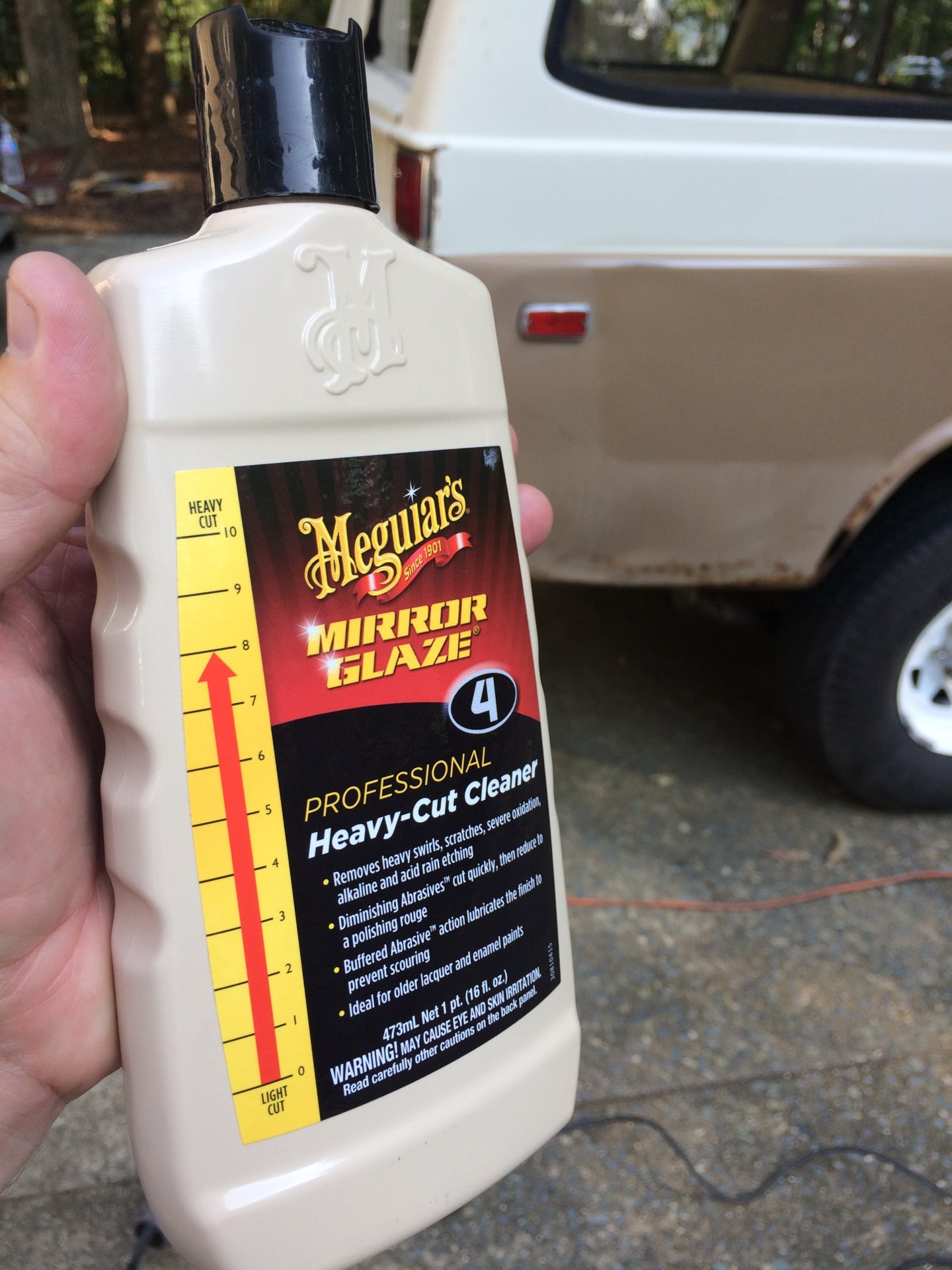 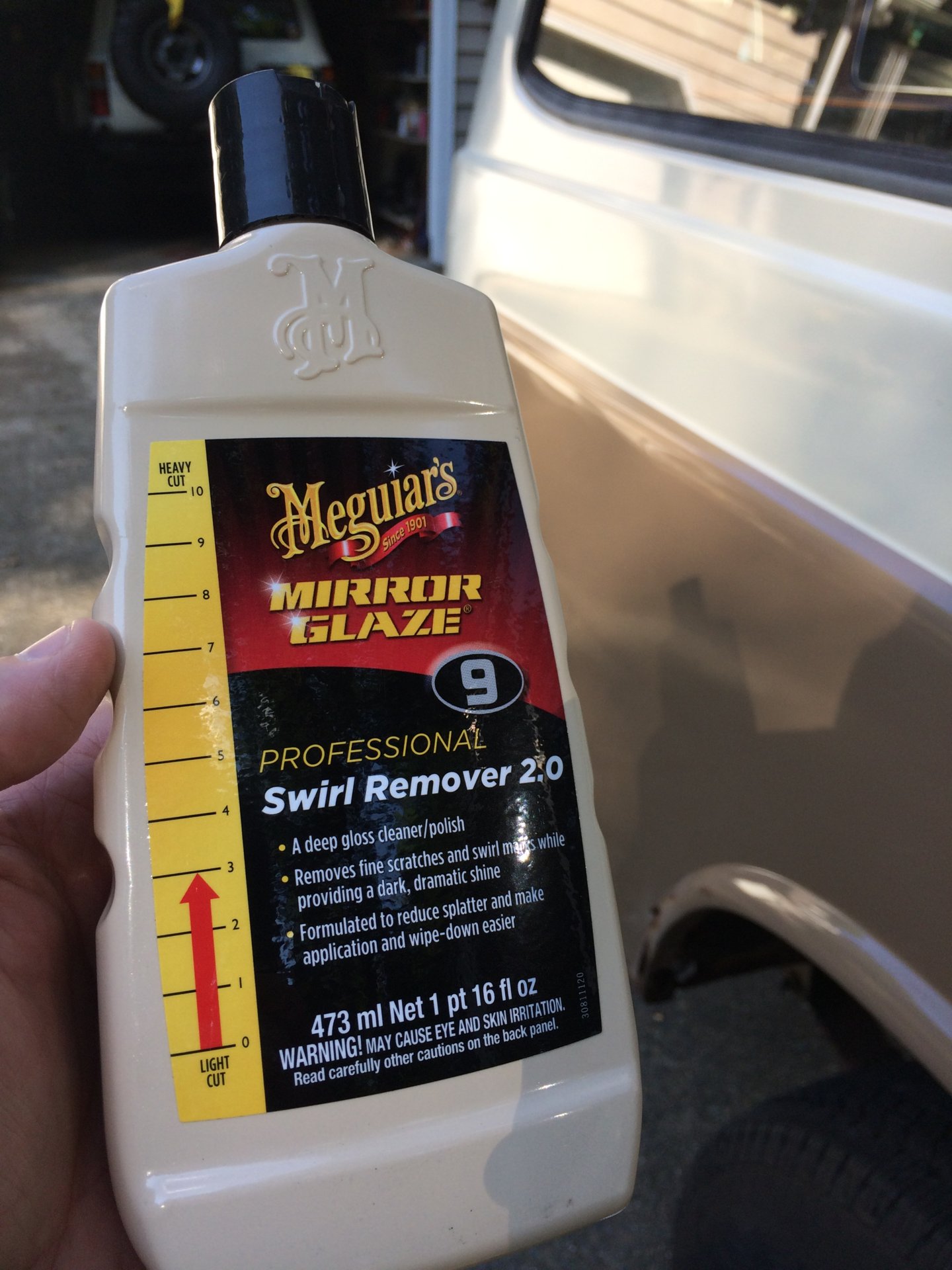 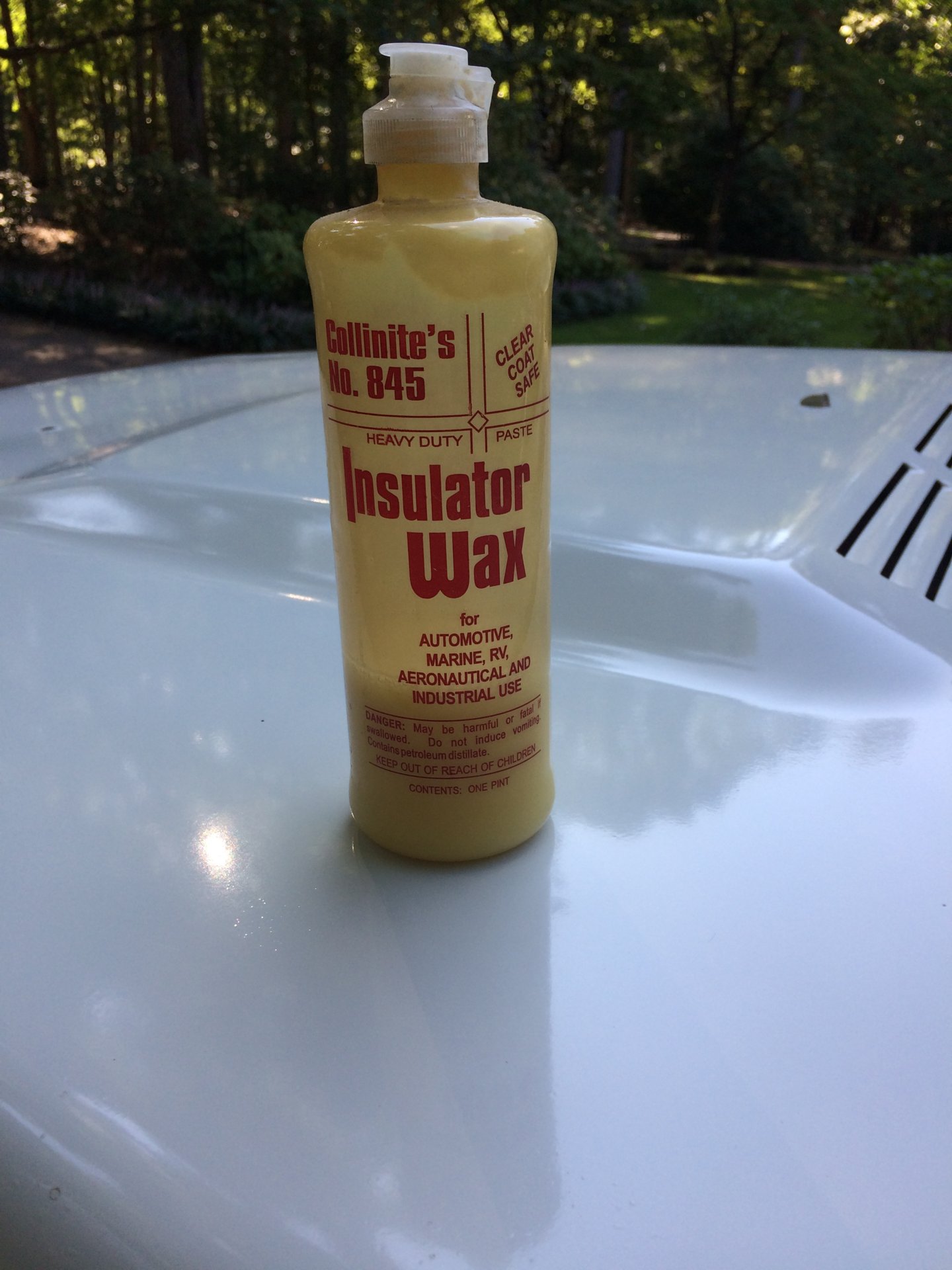 The results speak for themselves: 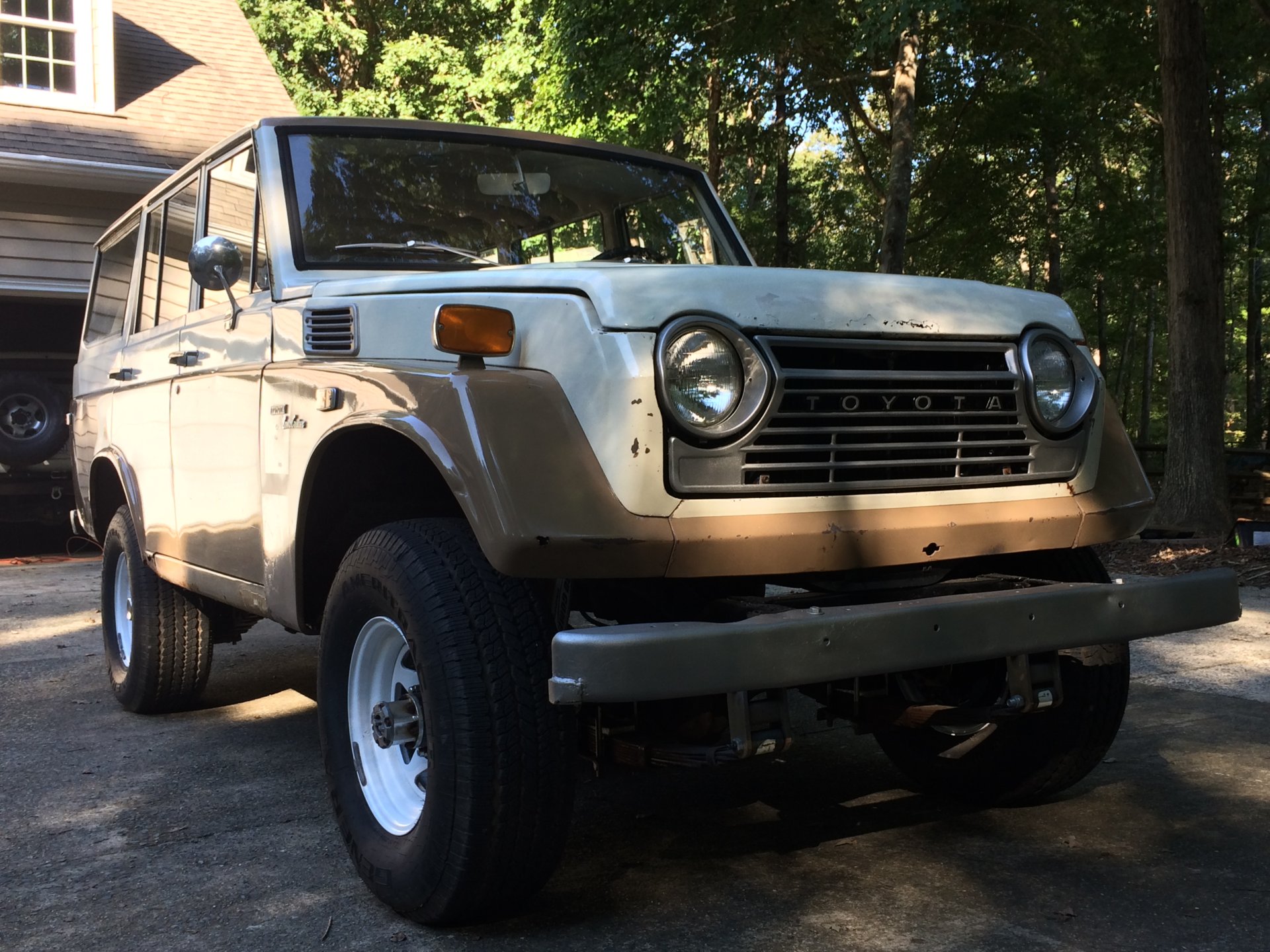 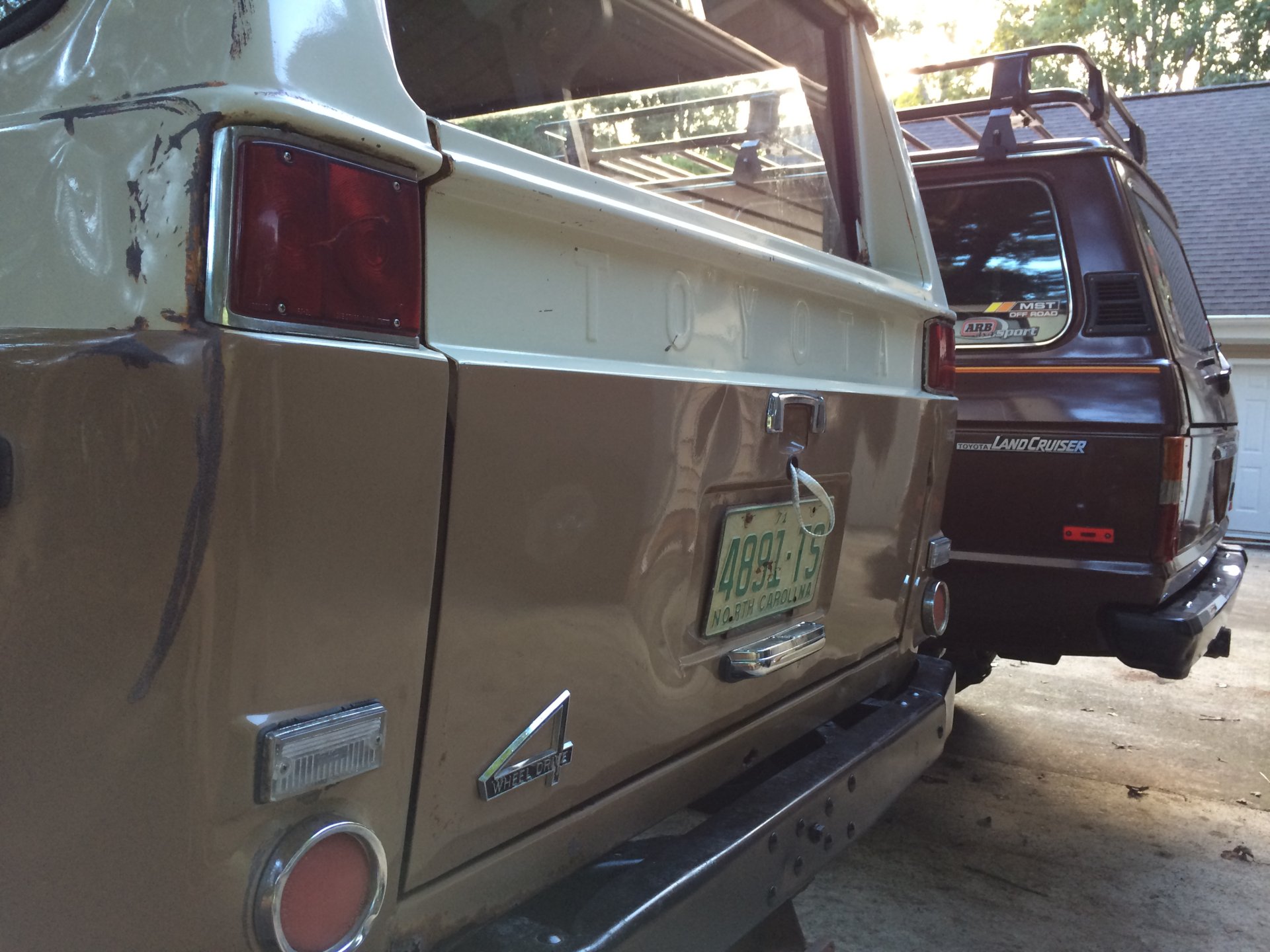 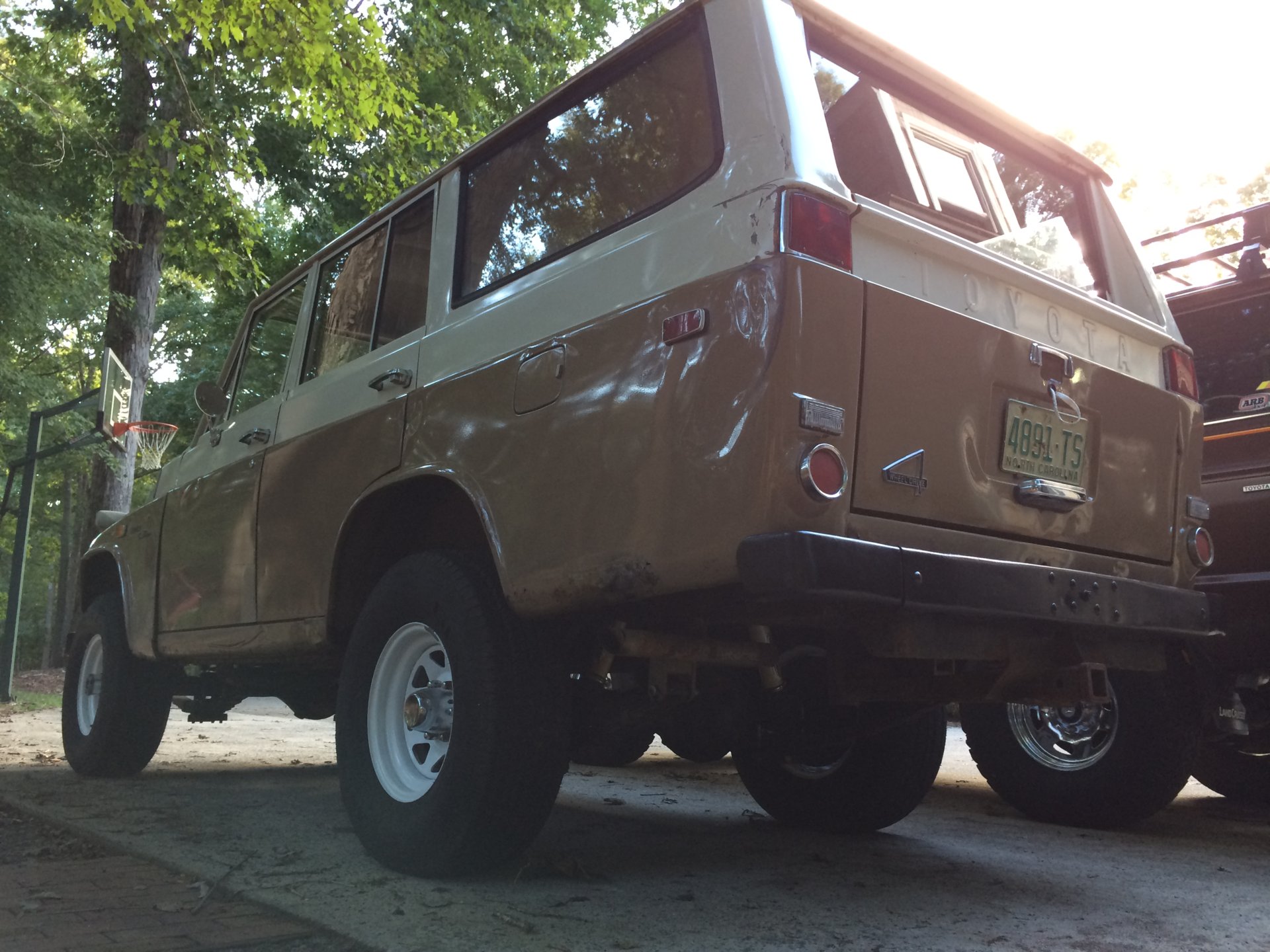 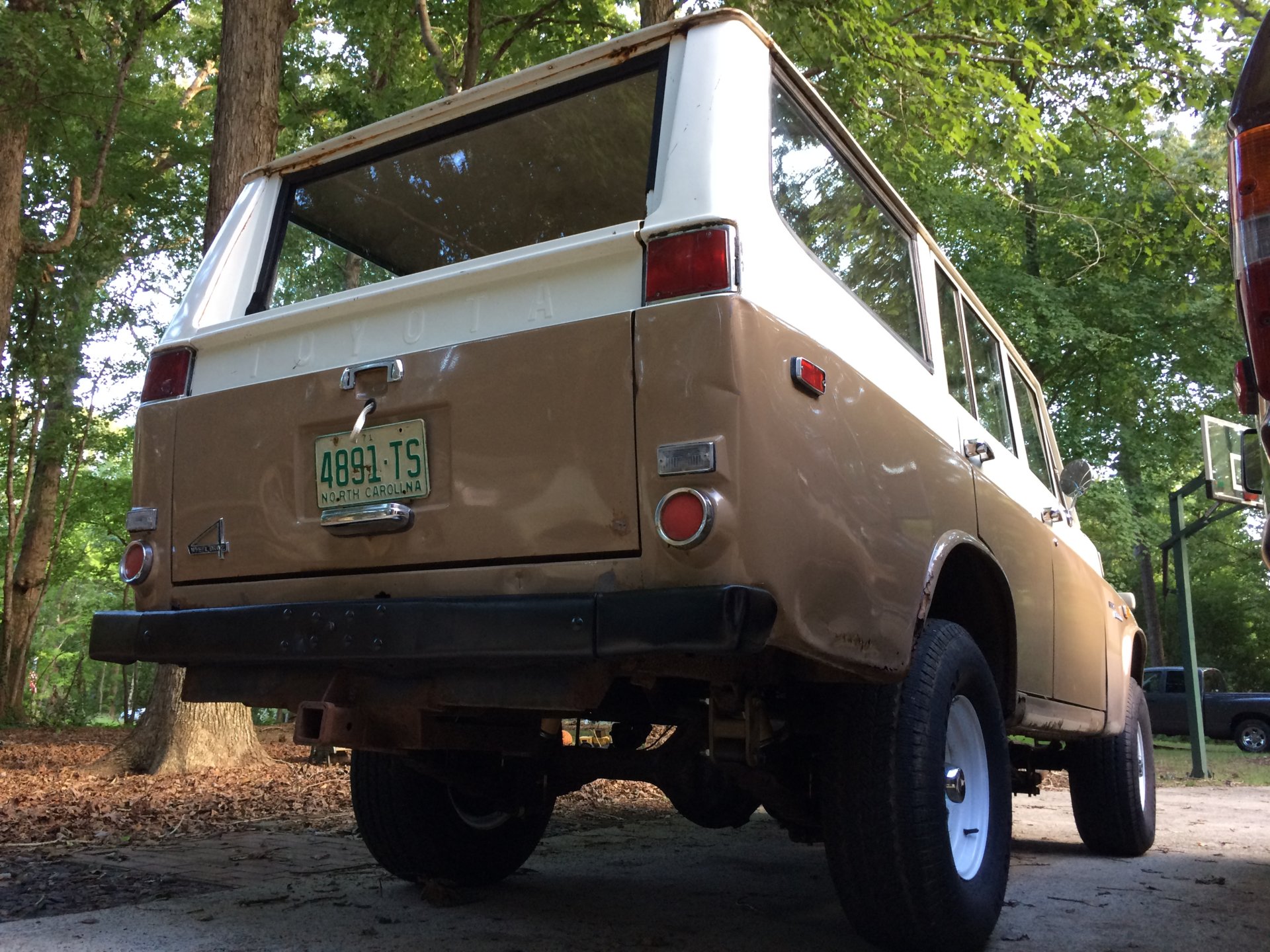 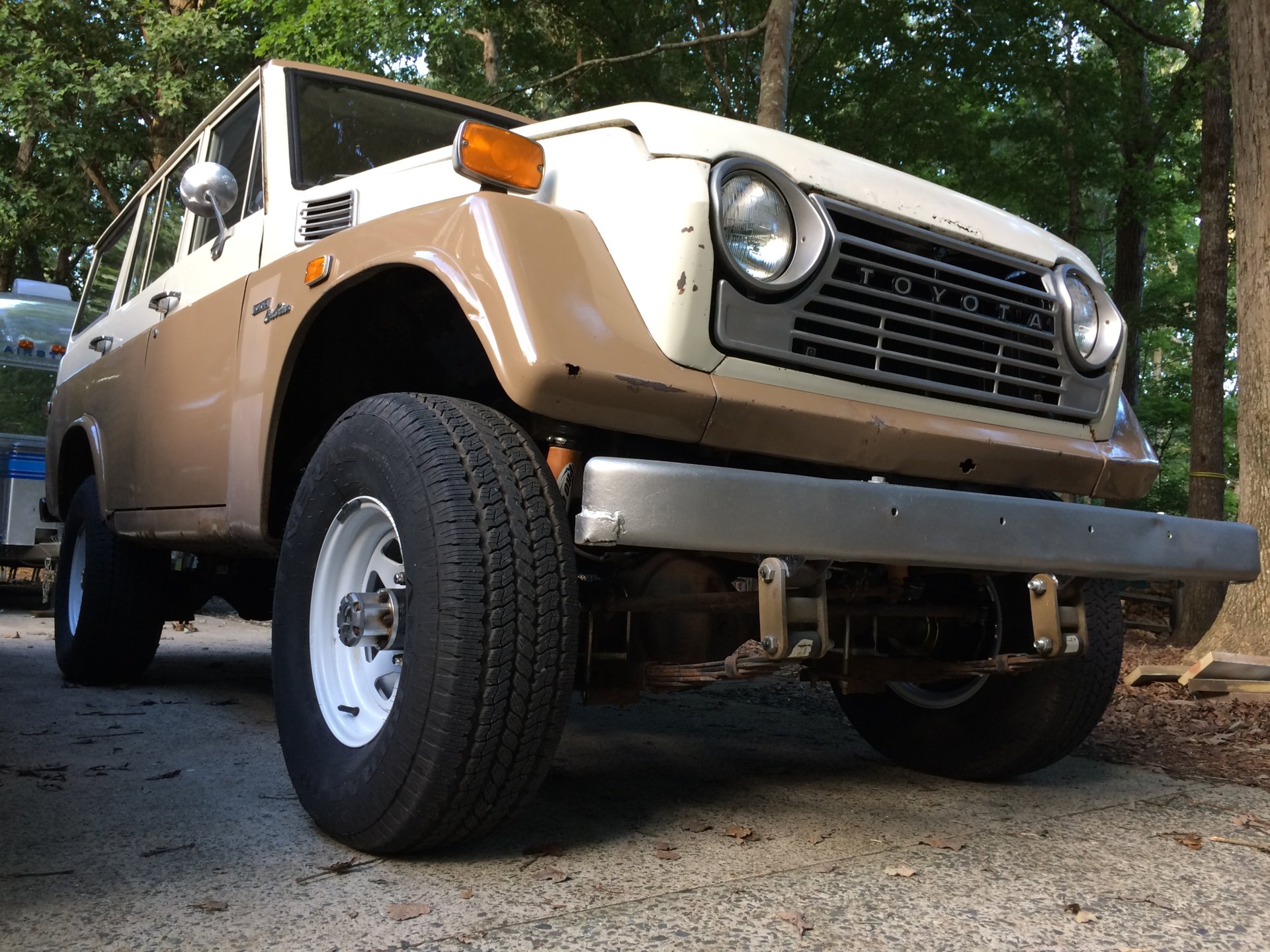 Bucky and his younger siblings: 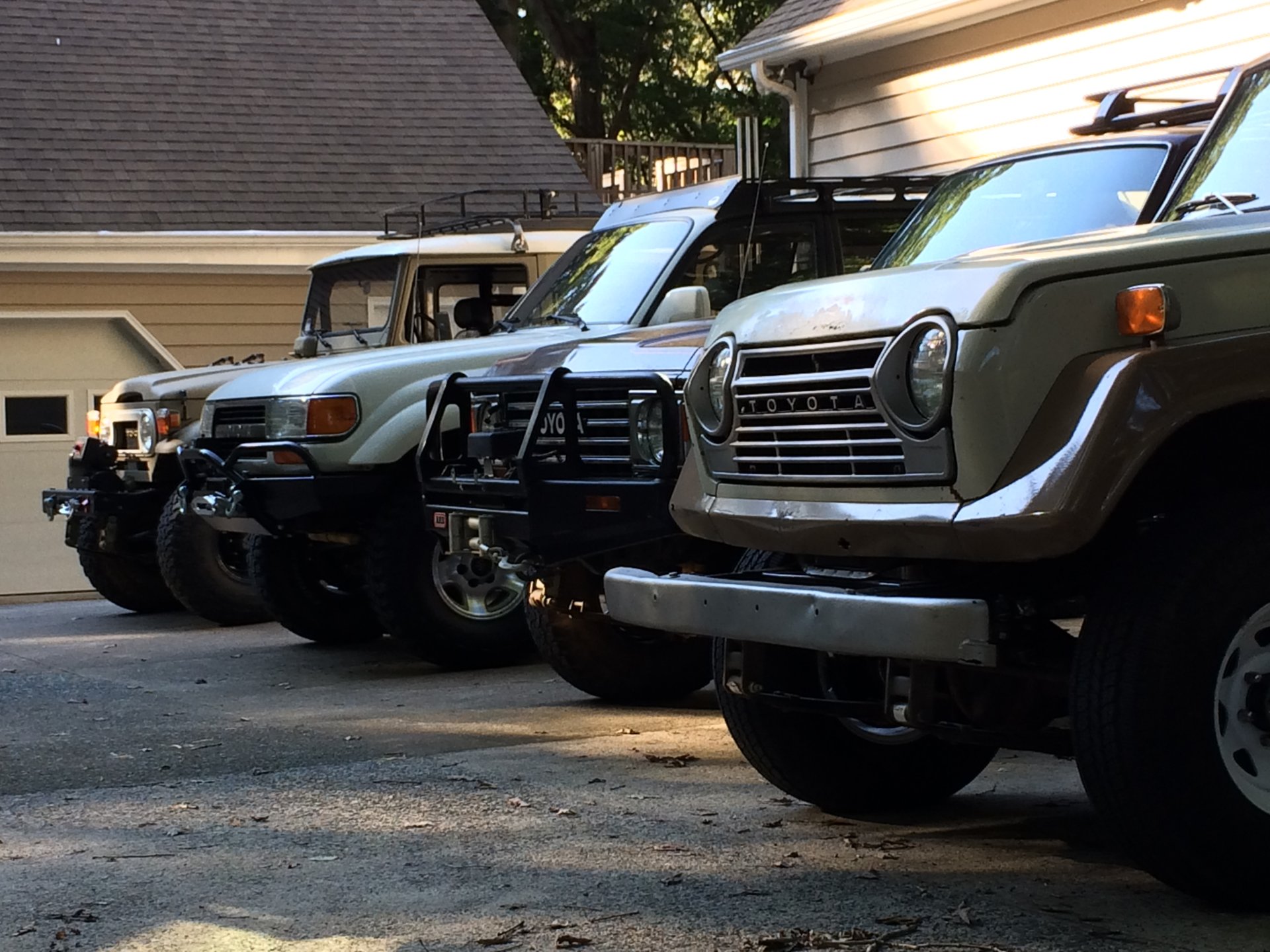 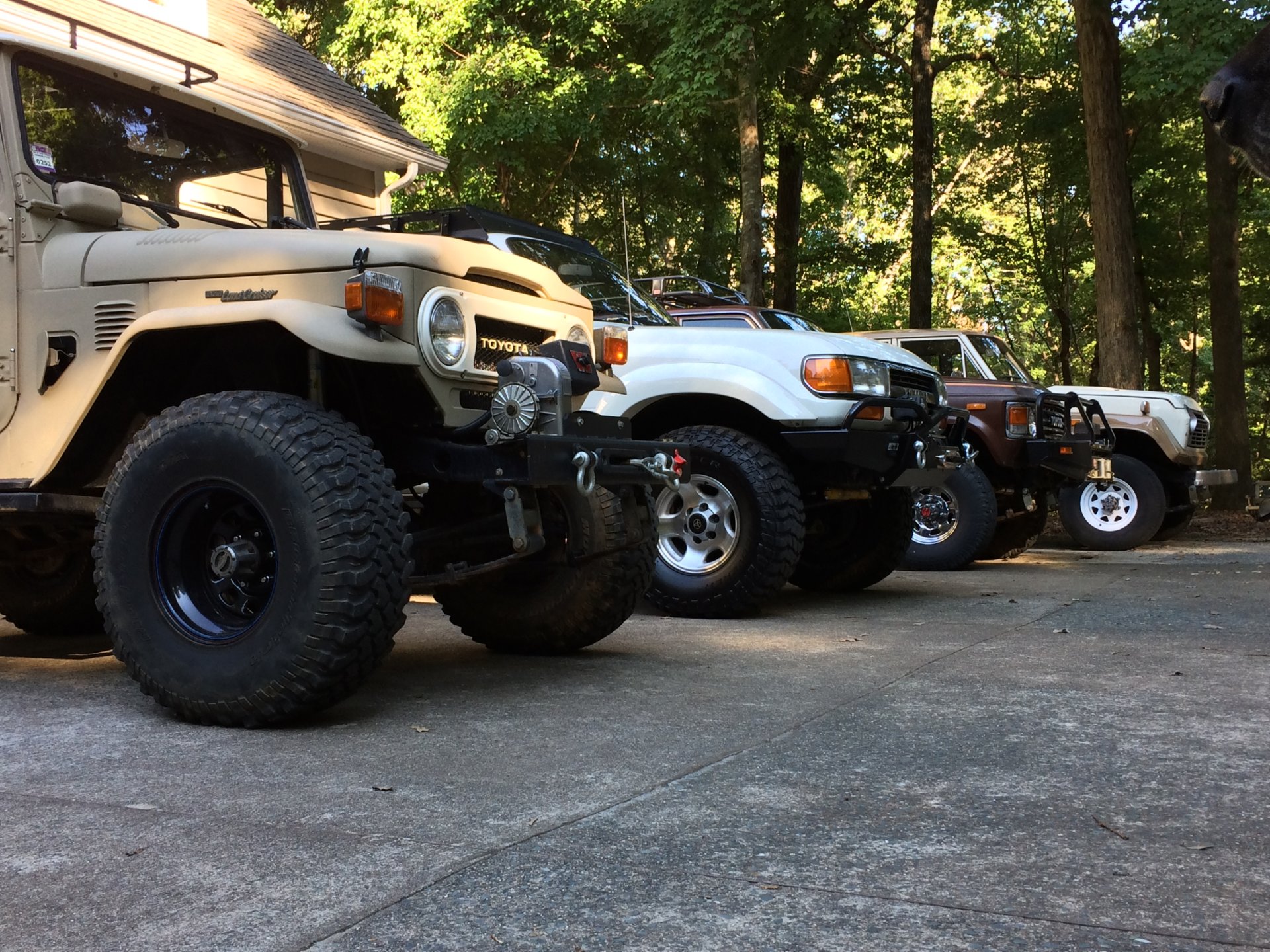 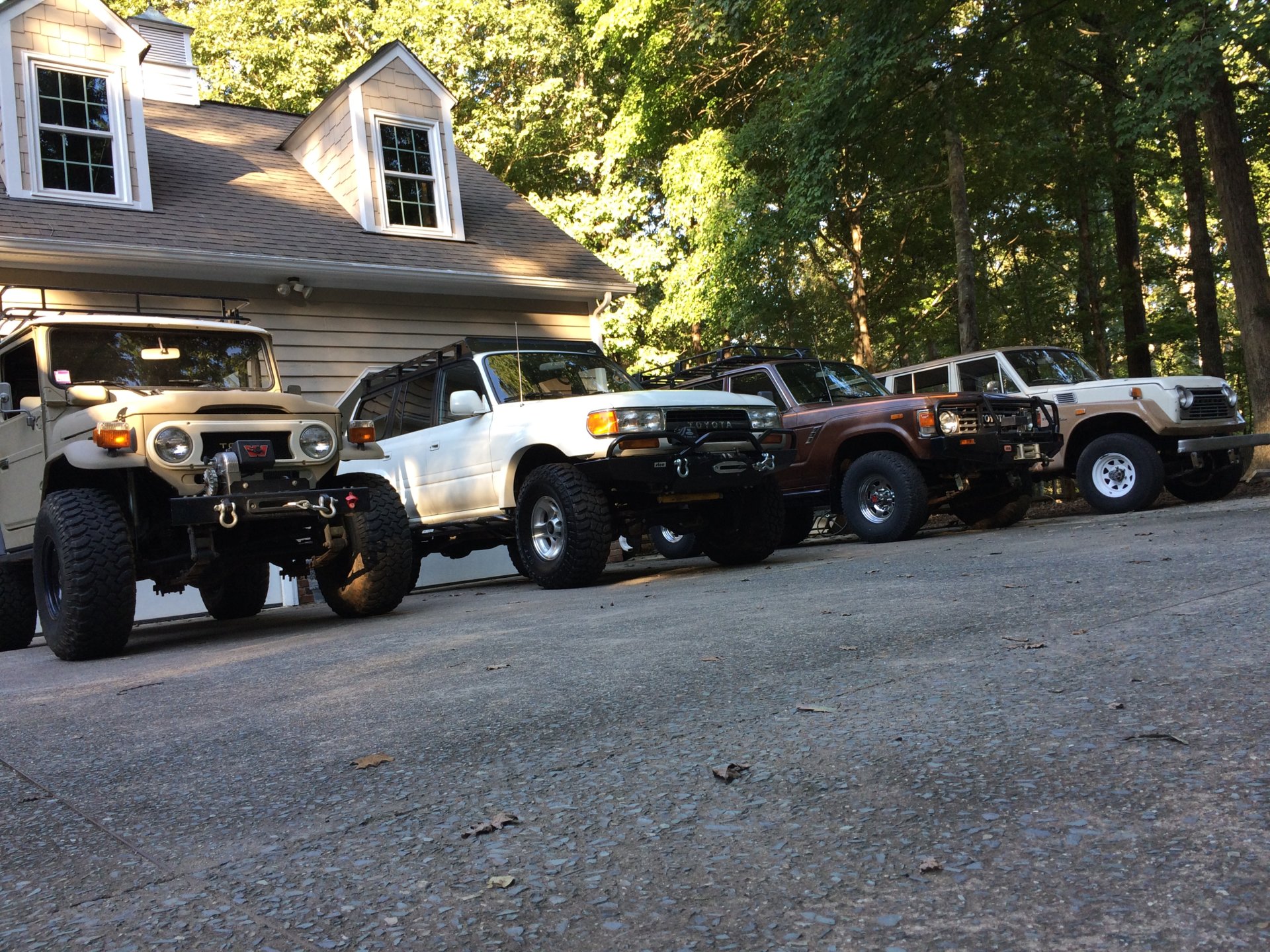 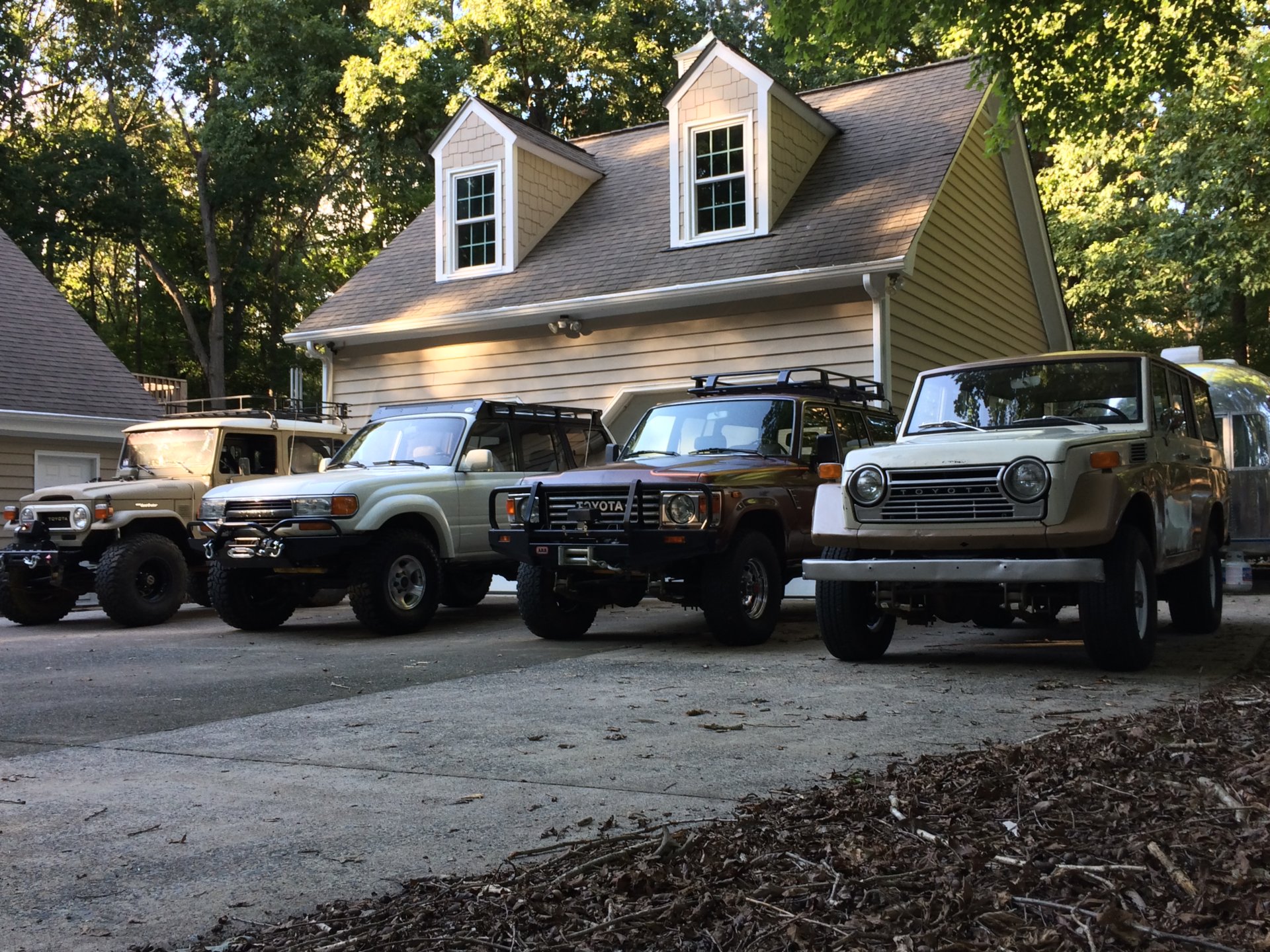 Great story @roadstr6 ! Looking forward to hearing about the further adventures of Bucky!

Builds - Fly By Night
B

I have a 76 international ambassador

Sounds and looks like old Bucky had a spa day. Looking at that floor board you're going to spend some time with a mig and metal.
Ron