Why do some FJ45 Short Bed PU have the curved windows and others do not? These are reportedly both 64's.

Thanks in advance. Not an expert on these oldies. 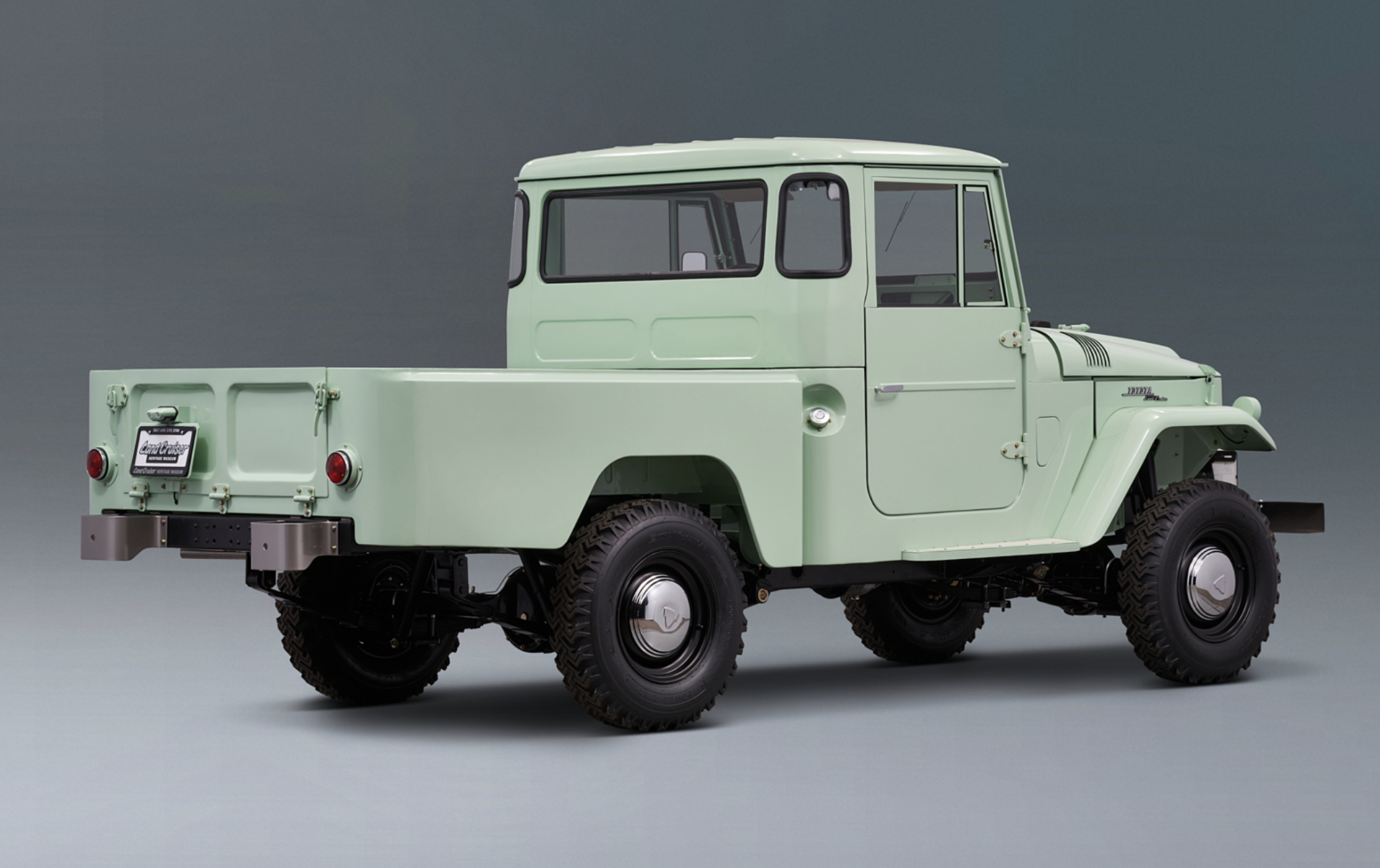 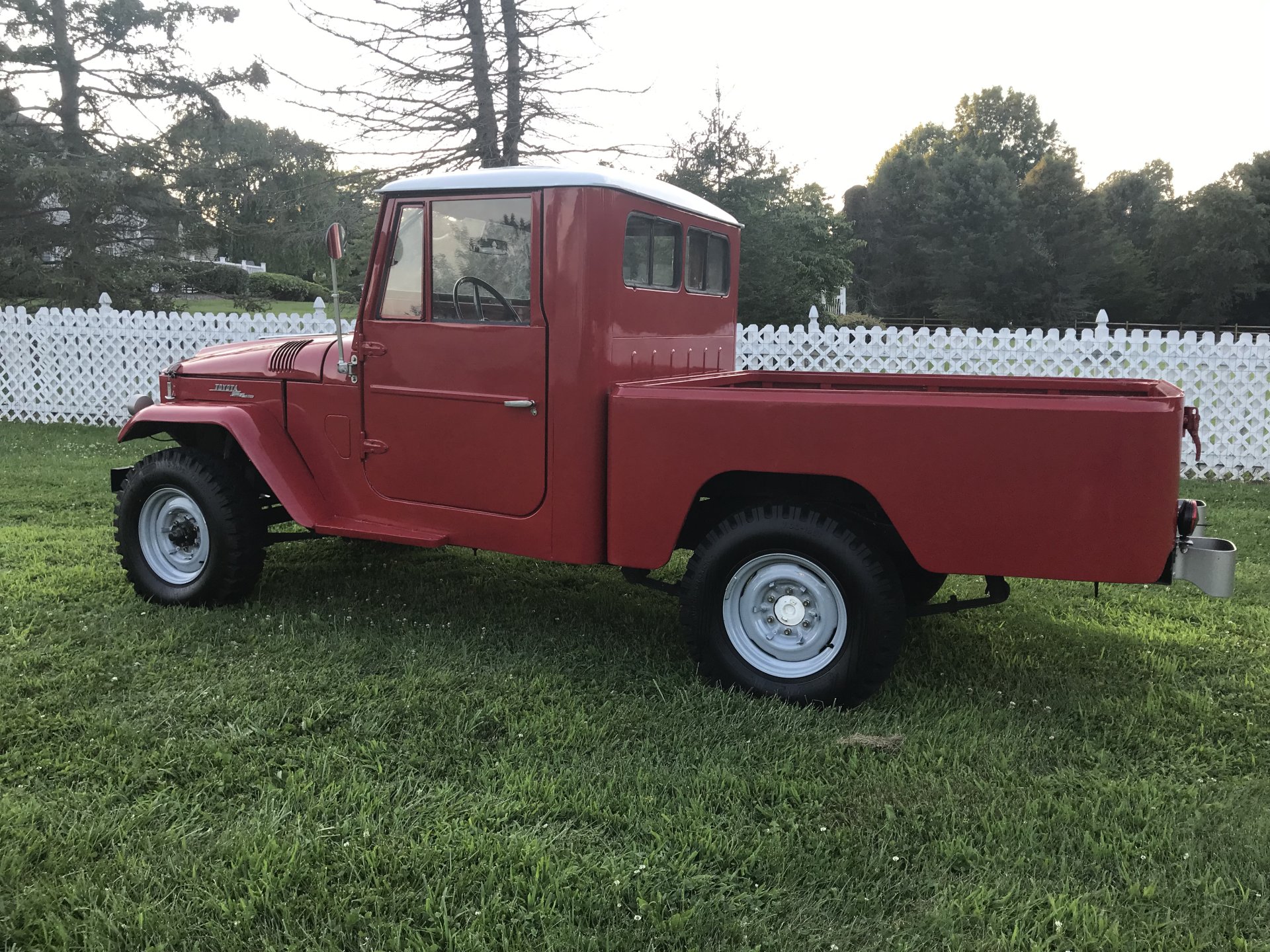 I believe the green one is a removable top, which is why the difference in windows as well?

Fixed top vs removable top. Check out the B-pillar on each.

64 was the last year of the fixed top 45, mid 64 introduced the 65 removable top short wheelbase 45, plenty of crossover, these were often titled as 64, 65, even 66 as they were sold years after they were imported. Alot of owners dont even know what year they have, as they commonly got titled the wrong year! Up til 64, the vin number started with the year first, then the vin. So early 40’s, 45’s had the year denoted first… 4fj45xxxxx,

I guess I always thought the fixed top was exclusive to one or more years. Didn't realize this was a mid year change. - The red truck has a "3" preceding the VIN but is titled as a 64. So you're comment is spot on! Thanks!

And that red 63 is a “late” 63 in that the door bead is the whole width of the door vs. just to the handle as on “early” 63 rigs. Additionally, the inside door handle is different between the early and late 63 models, and the later has a windshield bracket instead of a completely fixed windshield as on the early 63s. More mid- year differences!

(the fixed top SWB beds are slightly longer than the removable top ones)
Last edited: Oct 28, 2021
3

middlecalf said:
(the fixed top SWB beds are slightly longer than the removable top ones)
Click to expand...


and the front radius of the bed is different, it has a much tighter bend

Wow, the green one has the shorter door window glass, but the mechanism for the older type of 'bug catcher,' not the, later, chrome lock and plastic service plug style of door. The red one has the glass go up an extra inch. I wonder...

Both early 45’s had bug catchers, the fixed top was an inch higher, after 65, the bugcatcher was gone, and went to the lower center latch fwiw, have been buying and owning pre 67 cruisers for 30 years! There is alot of questions on these early rigs, I never post info that I dont have real world knowledge of…that being said. These early trucks still hide alot of secrets!!!

Question for the experts….please correct if this is wrong!

As far as rarity goes most rare to least rare:

Thats pretty accurate, but still anybodys guess. In the grand scheme of things, they are all pretty rare with low production numbers..
You must log in or register to reply here.

T
Not new to projects but new to land cruisers. FJ45LV