With a lot of people installing aftermarket turbo's and looking for some serious performance gains I am hoping to create a thread to help people properly tune and understand how to tune the 1hd-t/ft and even 1hz pumps fitted with a boost compensator or aneroid.

Most people have seen this post about how to get a bit more power out of a fuel pump. This gives you a general idea on how everything works.

What I am hoping to do is try and get some data from Gturbo users on how they tuned their pumps. In most cases its usually a "power rod" mod.

Graeme apparently supplies a tuning guide that I have been unable to get a hold of.

I have a boost comp that I am hoping to install to my 1hz's fuel pump and have the potential to modify it slightly before fitting it into my pump.

Location
Stuck between a rock and a hard place

We've installed a couple of the boost compensators on the 1HZs pumps, but haven't messed with the pumps a whole lot.
However, we're in the middle if two turbo'd 1HZ conversions as well as Steve's HDFT45 so there's plenty of available guinea pigs right now.

Cool thread idea! It is my understanding that the IHD-T injection pumps are a Bosch VE style pump very similar to what the Dodge Cummins used back in the 1st gen Rams, so with that in mind, this could be a very useful page:

And an article on tuning VE pumps in Land Rover TDI's:

orangefj45 said:
We've installed a couple of the boost compensators on the 1HZs pumps, but haven't messed with the pumps a whole lot.
However, we're in the middle if two turbo'd 1HZ conversions as well as Steve's HDFT45 so there's plenty of available guinea pigs right now.

Yeah I am willing to Guinea Pig it too.
I want to have a really quick and reliable daily driven turbo'd 1hz....
T

First off, your way better to source a dt 12mm compensated injector pump. How good these pumps can tune up, is all back to the condition of the pump/injectors, and what type of aftermarket cooling (efficency) if any.
Last edited: Apr 16, 2013

TheBigBoy said:
First off, your way better to source a dt/ft 12mm compensated injector pump. How good these pump can tune up, is all back to the condition of the pump/injectors, and what type of aftermarket cooling (efficency) if any.
Click to expand...

Guess I should give you a bit of a back story as I am waiting for you to chime in....

I will be upgrading my pump at some point from a 10mm plungers to say 11mm or 12mm plungers. I have been told by Graeme that 11mm should be sufficient.
T

Why are you waiting for me to chime in?

Why are you waiting for me to chime in?
Click to expand...

That was the general consensus that the 2000 onward pumps are 11mm. Though this is proving to be wrong.....


Here is how you read a pumps ID tag:
http://www.vwdieselforum.com/forum/showthread.php?t=5

I am awaiting a photo of a 2006 1HZ pump. These even later pumps should have a boost compensator built in already. Perfect....

I thought I read either you or 58Bernie on LCOOL get right into depth how to properly tune the pumps themselves. Mainly aneroid grinding modifications... I'll see what I can track down.
T

Yeah, I once posted all the info you'll ever need to know. But due to too many arguments. I dont do it anymore. So far Ive tuned 33 trucks with all the same results.

The only real advice I can give. Is forget that lcool stuff. Almost every pump ive seen is wound down way too deep. I wind them back up on average around 30-40 clicks for a starting posssition. Sometimes the star wheel is wound down tight to the alloy diaphram.

Do you have a pump already? What turbo? Everyone wants info.

Poaching a bunch of info from here:
http://www.lcool.org/forum/viewtopic.php?t=18021&postdays=0&postorder=asc&highlight=aneroid+tuning&start=0

Here is what the fuel rod if anyone is wondering inside your injection pump. 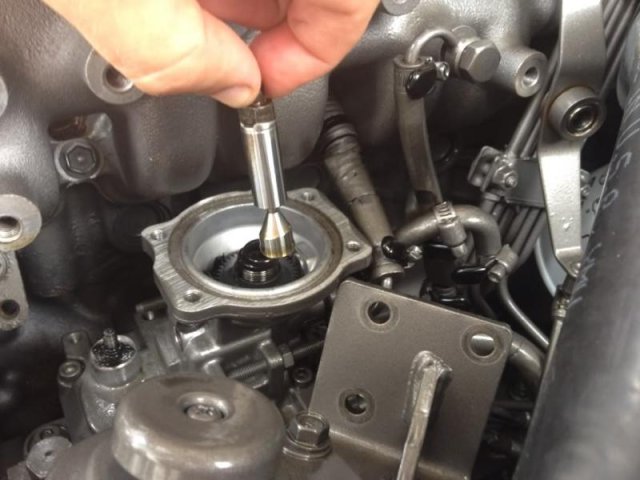 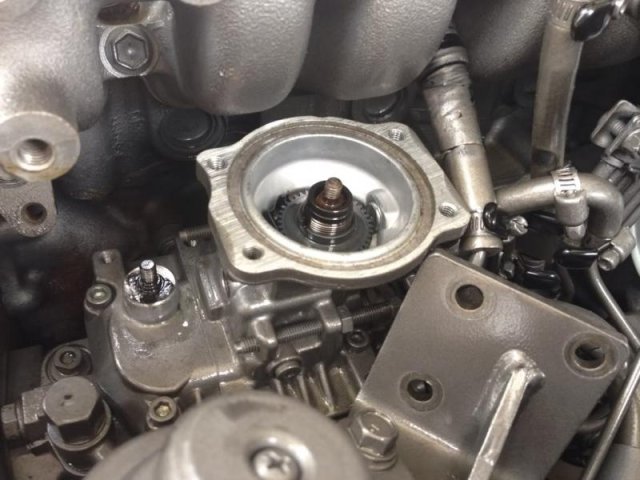 You can see in this image here; whilst not a Toyota Pump that pulling the Fuel/Profile pin out requires pulling the top of the pump apart to get it back together as the Plunger pin (part 4) will spring all the way out. 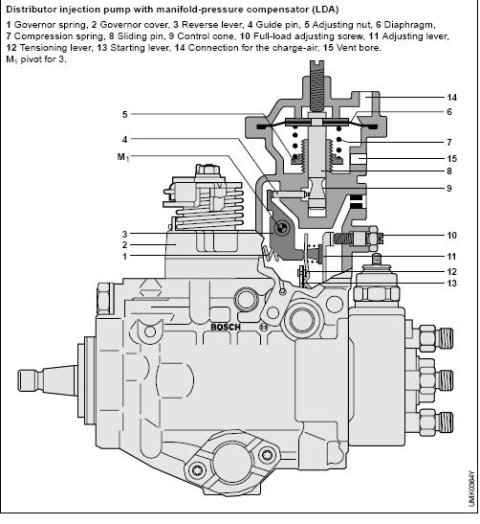 This is the way to remove and replace the pin without having to dismantle anything.

Mark which way to the diaphragm faces towards the front of the engine on the metal washer on top of the diaphragm.

If you grind the end of the pin at an angle approximating 45 degrees but… make it curved and polish it smooth. This is to allow re-fitment of the pin.

The reason is simply the profile follower sticks out and you wont be able to push the pin back in unless you make a taper on the end of the pin. Make sure its smooth. I use 400 grit wet and dry to do this.

Grease end of pin, use a small screwdriver it push profile follower in a little (it tends to stick out a bit too far when you remove the pin – some tension may be removed by holding the throttle open while you do this and keep it open until pin is back in) and gently rotate pin until it sides in, the orientate with the mark you made pointing towards the front of the vehicle.


1. Allen screw on top of diaphragm cover - in until I see some black smoke then back a little

If you have the top cover off, does the inside end of this screw have a polished level on it?
In the landcruiser it does, this means that if this adjustment were already set at the max position, 1/2 turn will take you from max setting to min setting, another 1/2 turn will take you right back to the original position.

3. Adjusting nut - rotated counter clockwise as much as possible before it limits low speed fuel delivery

This nut sets the pre-load on the spring under the diaphragm, it doesn't set how much fuel is delivered (pin orientation does that) it controls the timing of fuel delivery in relation to boost. More spring tension means you need more boost before the pin will move, less spring pre-load means less boost is required to shift the pin and allow more fuel delivery.


The boost compensator restricts the amount of fuel being delivered until boost forces the pin to full travel, which then allows the full amount of fuel to be delivered (depending on throttle position)

TheBigBoy said:
Yeah, I once posted all the info you'll ever need to know. But due to too many arguments. I dont do it anymore. So far Ive tuned 33 trucks with all the same results.

The only real advice I can give. Is forget that lcool stuff. Almost every pump ive seen is wound down way too deep. I wind them back up on average around 30-40 clicks for a starting posssition. Sometimes the star wheel is wound down tight to the alloy diaphram.

Do you have a pump already? What turbo? Everyone wants info.
Click to expand...

Ah its a forum. Your input is appreciated. Were here because we are interested in our trucks. Spread the knowledge. I have learned so much about my truck and others from the internet and its become a passion even though I am not a mechanic.

Currently running a 1996 1HZ with a older Stage 1 Grunter good to 20lbs of boost. Stock 10mm pump. Currently running ~15psi Safe temperatures, soon to be intercooled and have a custom plenum. Fuel pump will soon be maxed out after that happens as I am limited to 110-120kw at the rear wheels. I'll add boost to suit (should hit good EGT temperatures under 18psi max...)

I have a boost comp sitting on my desk.

The plan in the future after all this is sorted out is to put on a bigger pump, go through the injectors and potentially a stage 2 grunter for some higher boost pressures.
Graeme said apparently someone down under is getting 203hp at the rear wheels on a 11mm pump'd 1hz with a grunter 2... Sounds fun.

Theres not much you can do to a tune without the compensator.

TheBigBoy said:
Theres not much you can do to a tune without the compensator.
Click to expand...

Well thats why I am trying to get some info....
I can modify it a bit while it is not on the pump and when my governor cover gasket comes in I will put the thing on and then get into a whole other realm of tuning......

Found your post TheBigBoy showing the 1hd-t vs the 1hd-ft rods stock profiles. 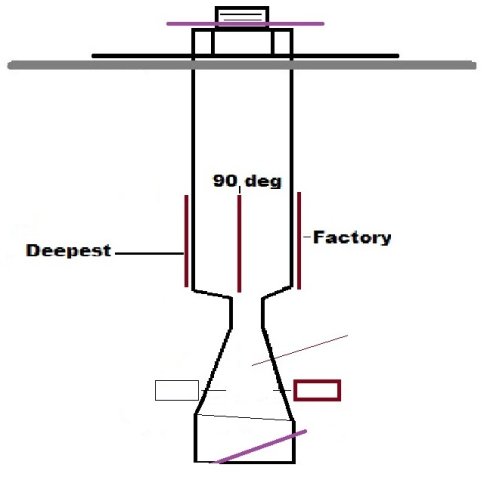 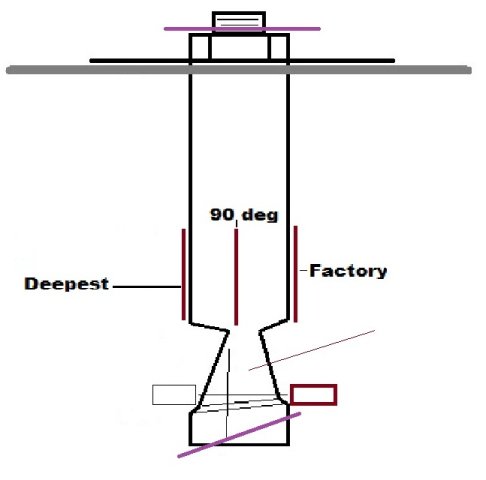 nice thread .. looking forward on what you guys do ..

BigBoy I am all ears.

Do you think its worth me re-profiling my fuel rod or just play with the overall compression spring tension?

No G-turbo here, but here's my tuning:

I get great low end power, full boost around 1800rpm, max EGTs of 1200 pre-turbo, a puff of black smoke after each shift, a bit of black smoke when flooring the accelerator at higher rpms, lots of black smoke when pulling from low rpms in 2nd gear (but it pulls with a nice growl). Towing a 2000lb trailer with a headwind in 5th gear at 110km/h will result in poor or no acceleration and EGTs that can go over 1200. Downshift to 4th and all is well.

I normally drive pretty hard, but I shift around 2200 rpm, rarely exceed 3000 rpm, and I get reasonably consistent fuel mileage. Not great mileage, but decent considering my driving style. My IP is leaking fuel from the adjusting lever, but I have a new o-ring and governor cover gasket to install, which should stop the drips.

IP has not been rebuilt, injectors haven't either since I've owned it (5.5 years). I may pull them next year. I did the BEBs 4 years ago. I use 5W40 full synthetic oil, genuine Toyota filters and I Seafoam annually.

I've never messed with timing, but I suspect it should be adjusted on mine. After I removed the ACSD, cold starting was a bit more difficult, with more white smoke at first startup. Once warmed up, the smoke pretty much goes away. My idle is set to between 600-700 rpm. Recently it jumped to 1100 rpm suddenly and has stayed there. I'm not sure what caused the jump and I've yet to adjust it back down.

I plan on installing a top-mount intercooler as soon as I can source an intake manifold adapter. Nobody seems to make one, so I guess I'll have to have one fabricated.

I'm curious why it was suggested not to wind down the star wheel. I find it really helped with off boost power. I can easily pull away from a stop sign in 2nd gear - it makes black smoke, but it pulls while the turbo is spooling.

Here's a blurry picture of my fuel rod profile. I do not believe I've ever noticed going into a fuel cut scenario. The follower pin marks do not go past the deepest part of the profile and I have not dropped any shims below the rod. 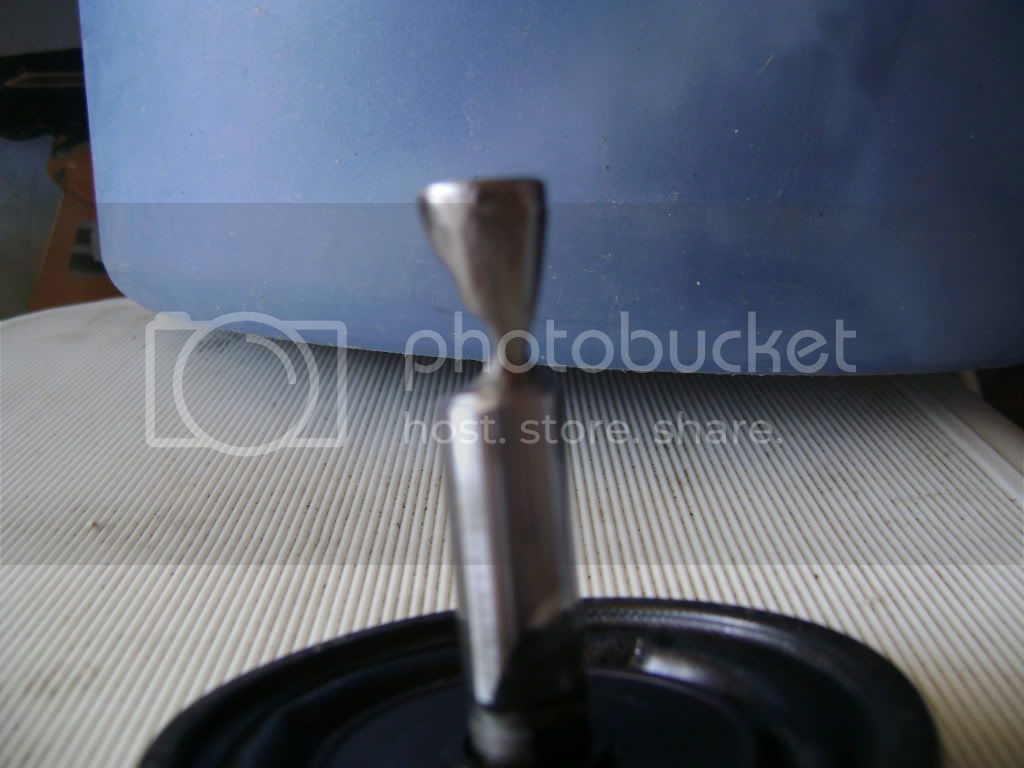