After about a decade of owning and enjoying this rig, it's time to let it go. This is a dune beige 1976 FJ40 that has, to the best of my knowlege, always been a California vehicle.

Recently put a solid 2F in it that I sourced from Georg at Valley Hybrids. Runs well and gets 11-12 mpg consistently. Passed smog in June 2018 and is registered until September 2019.

I installed mini-truck power steering, using the OEM pump. Also added a power steering cooler (a tranny cooler from an FJ80). Turns easily with one hand.

All original sheet metal and uncut rear fenders. One small area of cancer in the rear sill under the spare tire. Other than that, only surface rust. Passenger side front fender has bondo in it, but that is the only body filler I know of. Never been repainted. Perfect patina (IMHO).

Needs a bunch of little things. I can go through all the systems in detail with interested parties.

The snow plow (Meyer ST-78 with power angle), with associated bracketry and wiring is NOT included in the sale (but could be purchased separately). Will also have a used DiamondRax 1st Generation Rooftop Tent rack that will be sold separately as well.

You can search threads here on MUD that I've started regarding this rig all the way back to when I bought it.

Thanks very much. Hoping Rollo will go to a good home...hopefully someone on MUD.
Last edited: Jul 28, 2019
M

I will never think about a fusible link again without thinking about you!

Thanks very much Mark - Haha! Yes, I found a bag with several more fusible links just the other day! I'll be PM'ing you soon regarding some parts that I think you might be interested in...

Looks pretty solid...Do you have any more pictures you can post? Engine, interior, underside, rust area on the rear sill? Thanks

He Adamcbad - Ummm....I do have pics, but I think I have to buy a silver star or something before I can post them here. I'll look into that. I can, for the time being, add more pics to the Craigslist ad, or I can email pics and more details to you if you'd like to provide your email address. 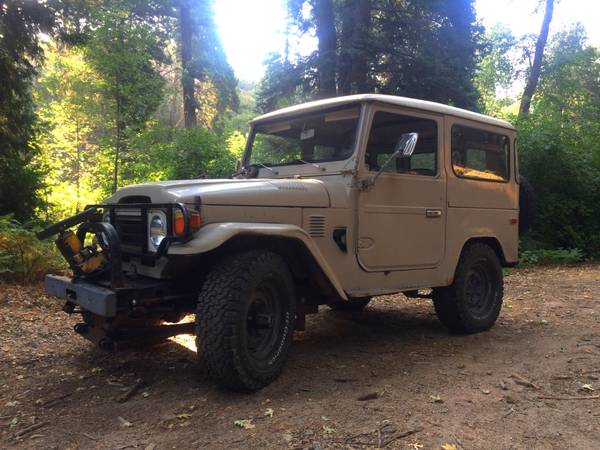 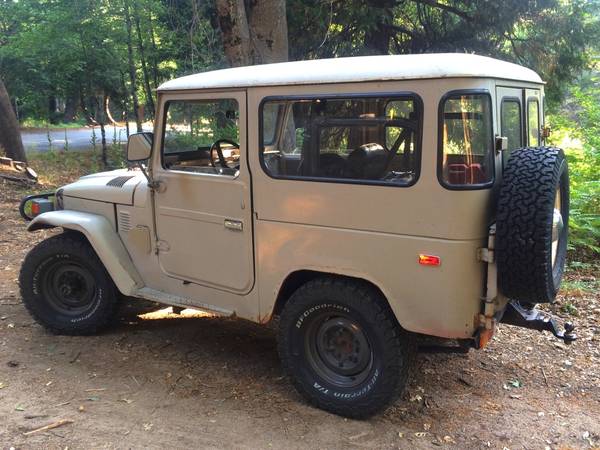 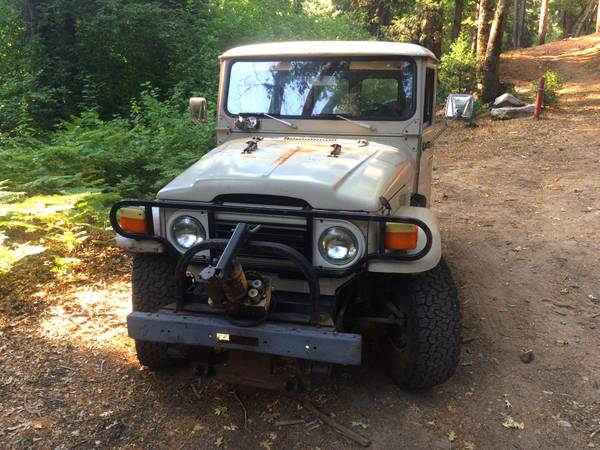 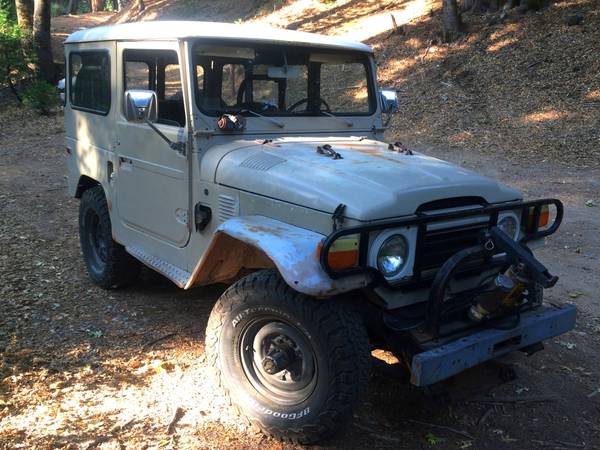 Awesome! Thanks very much G-Cat!

If you wouldn’t mind posting to the Craigslist that would be great or I can send you my email address. Thanks

I just added a bunch of pics to the Craigslist ad, including the engine, dash, floorboards and the rear quarter panels (most of the places where you'd find rust). Also included a pic of the only cancer that I can find on the rig, under the spare tire carrier in the rear sill.

I figured it would be good to mention that the engine in the rig (from an '84 FJ60) has the dented side cover. Currently, it has all the original ignition and emissions equipment (vacuum retard dizzy, igniter assembly, computer, etc.). Obviously, it has the tapped holes in the block for the OEM power steering pump, too. I recently replaced the oil pump and the oil pan gasket and the battery is new. I also replaced the stock (smaller) wiper motor with a larger (later) motor and sourced the larger cover for it, as well.

For those of you who would REALLY want to take this back to original, I do still have the original engine that seized, if you would want to have it rebuilt. I also have the massive thermal reactor that came stock on this rig. I have other pieces and parts of this rig including the floor mats, steering column clamshell, center console, carb cooling fan, etc, that I'll either re-install into the rig prior to sale or will, at least, include them with the sale.

I'm only seeing the same 4 pics above in the craigslist ad.

I think I fixed it...please check the ad again. Thanks!

They are there now.

No longer for sale. Wife and I talked it through last night. Gonna hold onto it until early next spring.

This is good news. I made my very first posting to an Internet forum just so I could add my .02 to a discussion about someone potentially selling their rig, and my opinion that nothing was worse than regret.

You're right, Mark, regret stinks. I'll still likely sell it in the Spring, but I've got six months or so to enjoy it.

UPDATE - 6/7/19: Well, Spring has sprung and I successfully plowed one last snowy season here in the mountains. Now the time has come to find a new home for this rig. Price is the same as last time, $12,500. Snowplow and/or DiamondRax roof rack can be purchased separately. Located near Lake Arrowhead in So Cal. Thanks!
F

CruiserStuff said:
UPDATE - 6/7/19: Well, Spring has sprung and I successfully plowed one last snowy season here in the mountains. Now the time has come to find a new home for this rig. Price is the same as last time, $12,500. Snowplow and/or DiamondRax roof rack can be purchased separately. Located near Lake Arrowhead in So Cal. Thanks!
Click to expand...