Hi guys, I just ended rebuilding my 1HD-T and everything was timed correctly but it has a rough idling and smokes white badly.
I tried moving the pump some degrees to the passenger side (my car is LHD) and some degrees to the driver side and same thing... Something very important to add is that it was running good before the rebuild.

Now I have a concern, my mechanic took off the bronze washers from the injectors inside the head and replaced them with 3 bronze washers to match the thickness of the previous one, can be this the cause of the problem?
Also, seem like when he tried to remove the washer from injector one, he did it with a hammer and a flat screwdriver and kind of hit the cylinder head, Ill post some pics of the hit later, but my main concern is... Can be this the root cause of my problem?

If you manually pump the fuel primer while it is running, does it get any better? If so it is a fueling issue.

You can't really just move the pump back and forth. It needs to be timed properly using a dial gauge indicator at the pump head. Read the procedure in the manual. It is a very fine adjustment. Pump timing being out could easily cause that problem.

And yes, a damaged injector could cause issues too.

MauricioR said:
but it has a rough idling and smokes white badly
Click to expand...


Most likely an air leak. Don't touch it, let him fix it. As soon as you start playing with things he will wipe his hands of it.
You usually use a pick to remove injector gaskets etc. If the new gaskets were the proper type, I cant see that being a problem.
And for the cost of a gasket, I would have replaced all 6.

The thing was that, I was the one who took the injection system off and put it back again.
I found that the pump is leaking some diesel from behind (where the diesel lines are) so I think it might have a leak in there (any loose line maybe?).
I will be replacing the Seat Injection Washer (11176-17020) with the original and I found also that is leaking some diesel through one glow plug, I don't know why but does not seem to be tight. I hope I can fix this.
I really thing is a stupid thing I missed when I mounted it.

Can I use teflon tape?

No tape but when I built my 12ht I had a few brand new brass injector washers leaking or blowing tiny bubbles of diesel from under the injectors. I pulled them all to anneal cherry red with a LPG torch to soften no problem since. The lose fuel line and lose glow plug will be letting air into your fuel system.

I think my mistake was to use 3 normal bronze washers as Seats Injector Nozzles, like these:

The original should be 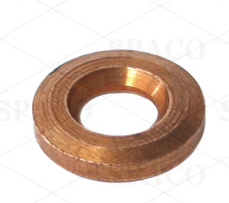 MauricioR said:
I think my mistake was to use 3 normal bronze washers as Seats Injector Nozzles
Click to expand...


I would say that is your main problem. The injectors must be a close fit or they let air in.

There like the 12ht brass injector washers do your self a favor and heat them up to soften before fitting. 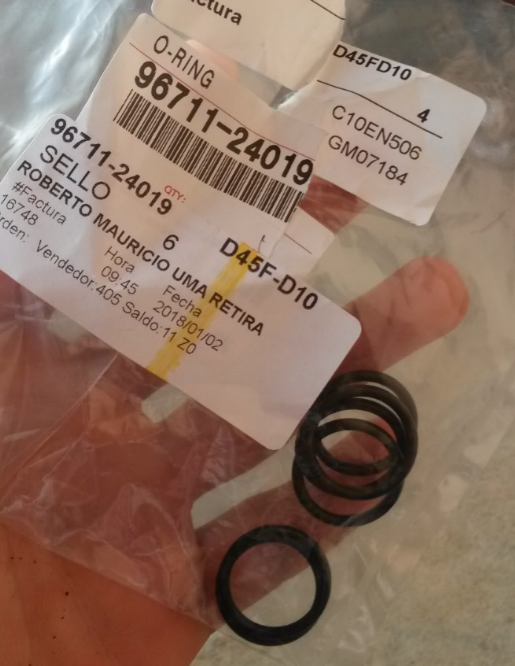 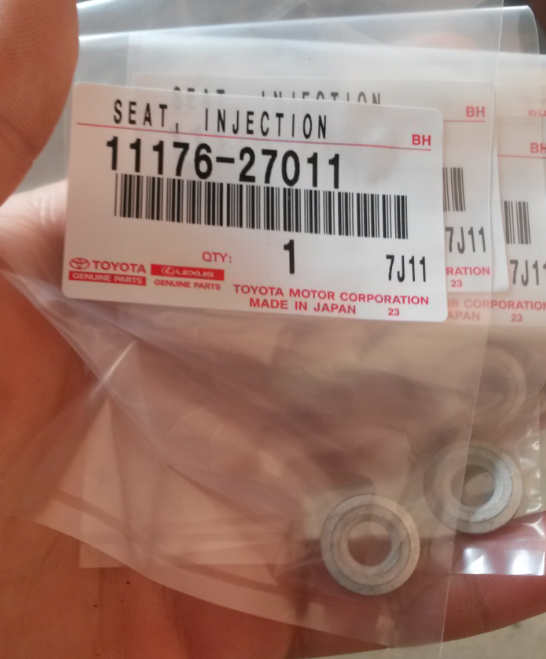 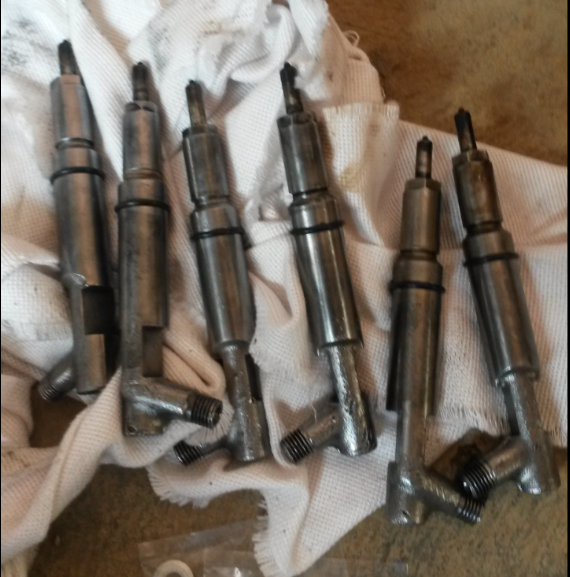 Found the fuel filter loose as well.
Tight everything and it got fixed!

GTSSportCoupe said:
You can't really just move the pump back and forth. It needs to be timed properly using a dial gauge indicator at the pump head. Read the procedure in the manual. It is a very fine adjustment. Pump timing being out could easily cause that problem.
Click to expand...

definitely do this. just rotating the pump without measuring the timing is nonsense. a small move in the wrong direction can have a big impact
You must log in or register to reply here.

1HD-T variants: what are the differences between older and newer versions?