So, after owning my Cruiser for 11 years now, It's finally built up to a point where I feel I should document some of my history of ownership.

Let's go back to the late 20th century and before the internet... Fall of 1990 to be exact. I get my first ride in a Toyota Land Cruiser, a prep school friend, Chip Carroll's blue 1978 FJ40. One ride and I had to have one. He also had an SOR catalogue that I used to "borrow" and build my dream truck. It would be another 6 long years before I would have an FJ40.

Two years later, in the fall of 1992, there was a blue FJ40 with Alaska plates in a parking lot on my way to class. I checked it out up and down every time I walked through that parking lot for the next year and a half.

Then one day, in 1993, it's gone, no note, no goodbye, just gone. I was upset that I never got to meet the owner let alone take it for a spin. That began my search, in ernest, for an FJ40. I would have to wait another 4 years to finally own one.

While driving through the Navy Hospital parking lot in Newport, Rhode Island in the Spring of 1997 a notice a blue FJ40 with a "For Sale" sign on it. I couldn't believe my luck! Do you know where this is going yet?

So I walk over to check it out and get the phone number. Well, what do see but Alaska license plates?! Now I really couldn't believe my luck! This couldn't be the same truck from 4 years ago could it? COULD IT?!

I couldn't think of anything else all day except getting home to call this guy to convince him to sell me his Cruiser. I went to check it out, knowing I would probably buy it no matter what the condition. When we met, I immediately asked him if he had ever been stationed at the Naval Academy and it turned out he had been and this was that Cruiser! It was fate, I had to have it. It turned out he was the second owner and bought it from a guy in Key West in 1980-something and despite the Alaska plates, it never made it there.

It was in pretty rough shape bodywise, he had body work done, but it was all Bondo and had sucked up all the water like a sponge and made the rust worse. . The fenders were mint though, go figure. He wanted way too much for it, but I had done my homework on the LCML and knew where to look for rust and made sure he saw me uncover every bit. He was also in a pinch because he was moving to Hawaii soon. So I offered a cashiers check for $1500, and it was mine. I think the $1500 was a loan, no less!

Here is a shot of it the day I bought it: 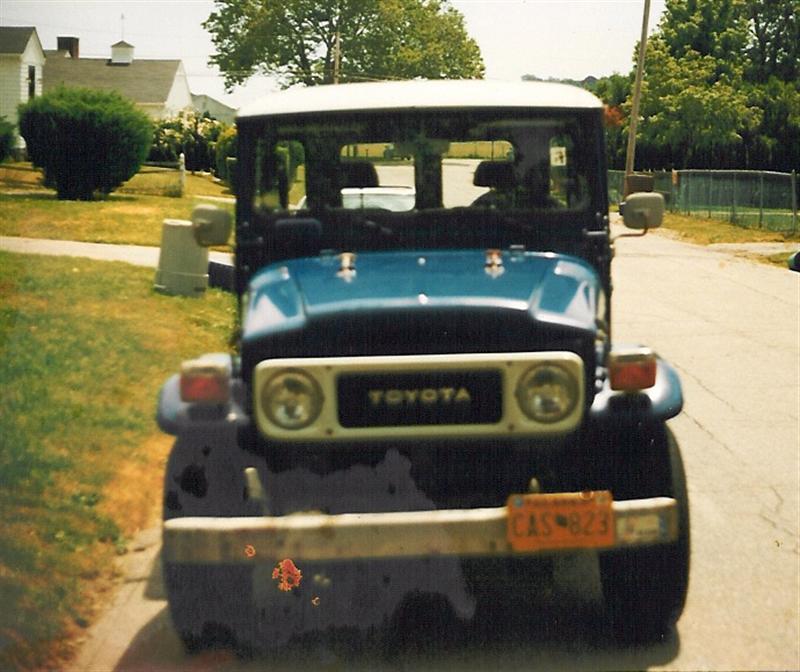 Another shot a few months later after pulling the top and bashing out the bondo that was caked in the rear quarters. 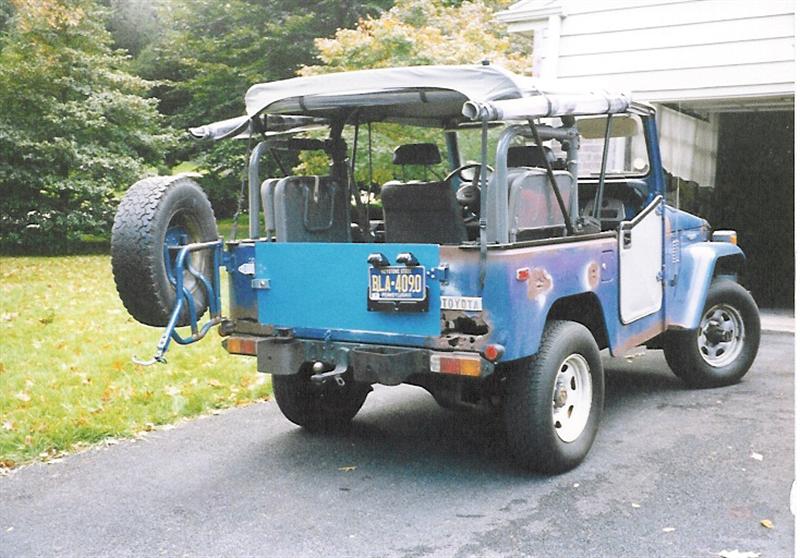 "The purpose of life is not to be happy. It is to be useful, to be honorable, to be compassionate, to have it make some difference that you have lived and lived well."
Ralph Waldo Emerson

I feel like I'm in some kinda Paul Harvey nightmare. Dude, what's the rest of the story??

Sorry about the delay for part two, I had to get my truck cleaned up for Coastal Cruiser "Cruiser Days": Thanks guys for putting on a great event! Next year we hope we, as in V.I. Cruisers, can contribute some how to the the event. Thanks Guy... you're rig will surpass mine one day, as you know I've been at it for 10 years.

Anyway, on with the story:

As soon as I got it home I went out and bought the first real tool set of my own, a 200-some piece Craftsman kit, Naval Jelly and a case of Rustoleum. I knocked out all the visible bondo and coated the rust I could see with Naval Jelly or Rustoleum. The engine and drivetrain were in very good shape with only a few minor leaks. The clutch was only a few thousand miles old and the tires (235/75/15's )were almost new. I drove it this way for the next 2 1/2 years, driving it from Newport to Philadelphia and later Norfolk to Philadelphia, which are each 5 hrs of hiway travel and it never burped once.

Well, 1999 rolls around and I've finally got a place with a decent garage that will allow me to do you learn about yorself when embarking on a project as involved as a frame-off resto. I am WAY more of a perfectionist than I thought and I HATE the smell of Bondo when it's hit by a sanding disk

Some picks of the resto process in my small garage. I had planned to document the whole thing, but while degreasing the truck and rolling it back and forth I put my digital camera ontop of one of the tire, and well, you can guess what happened. 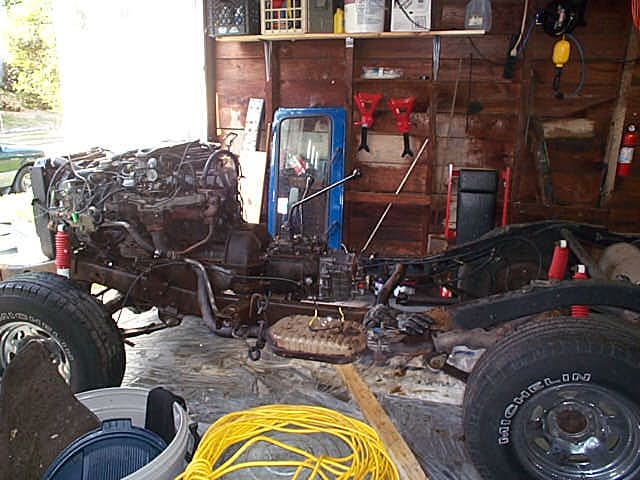 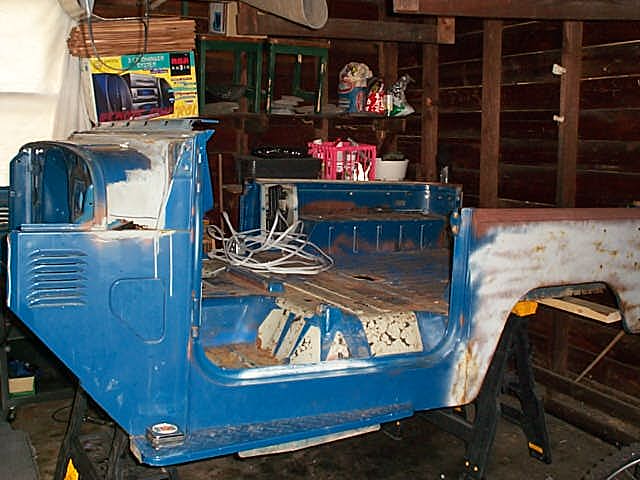 great story, great truck. nothing like having a truck for years and making it "right" and then "better" than new. Stump's TICK is one of my favorite 40's EVER! (even if it is a gasser)

like what the dude from fear and loathing in las vegas said. "just finnish the fawking story!"

Yeah, Yeah, I'm working on it! Thanks for the nice words guys.

Some more picks of the resto. 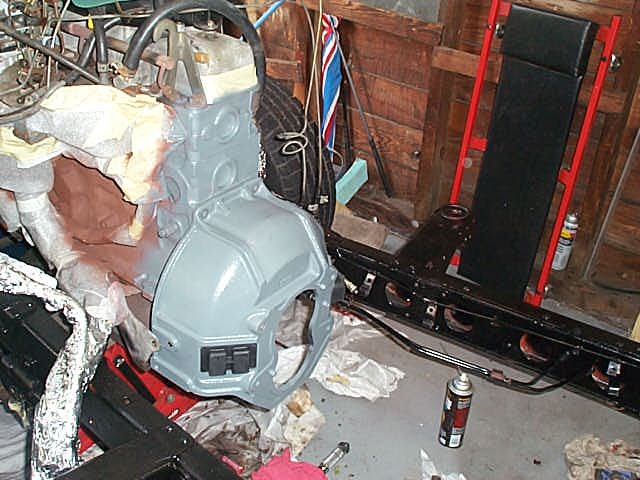 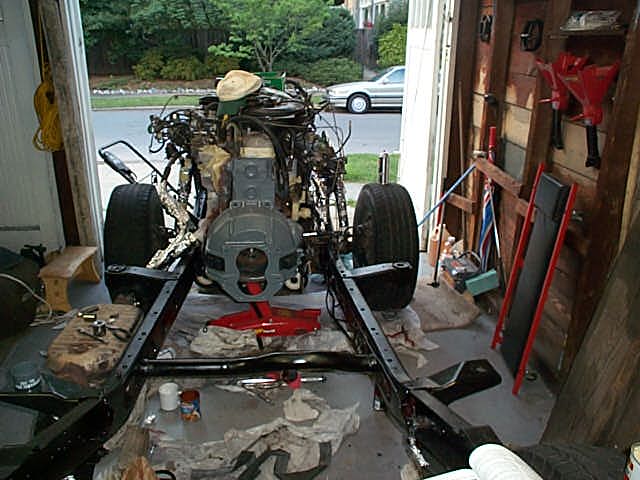 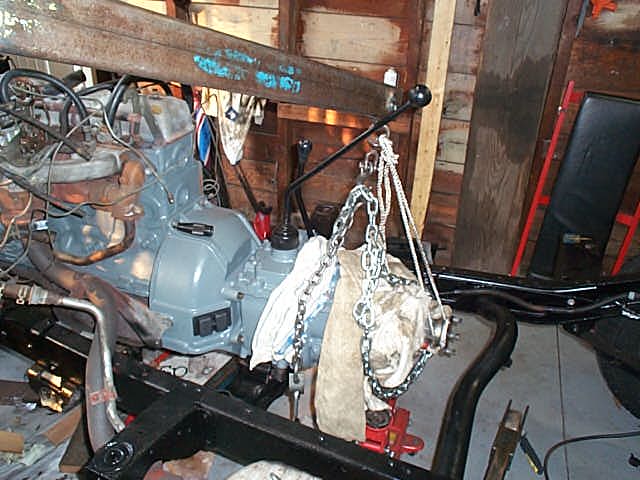 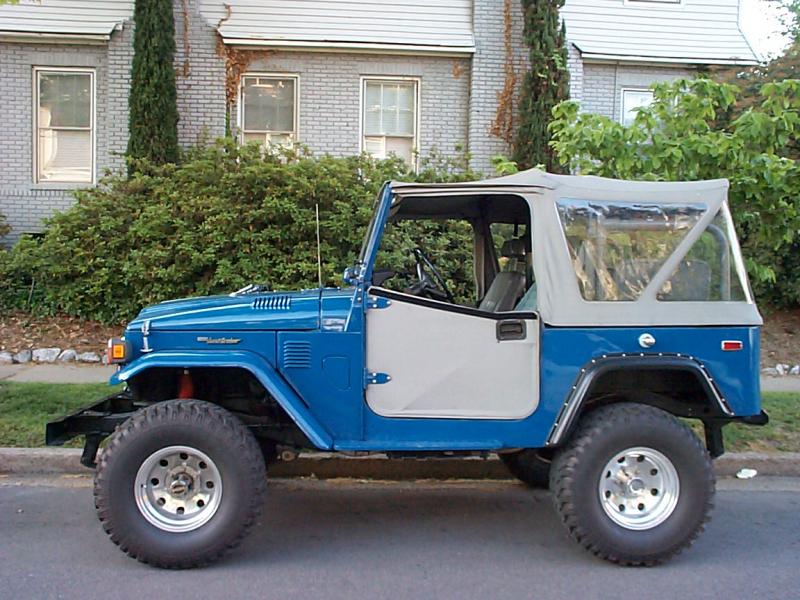 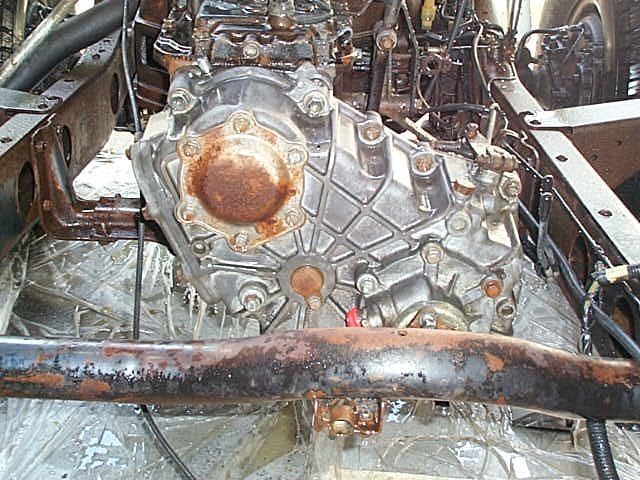 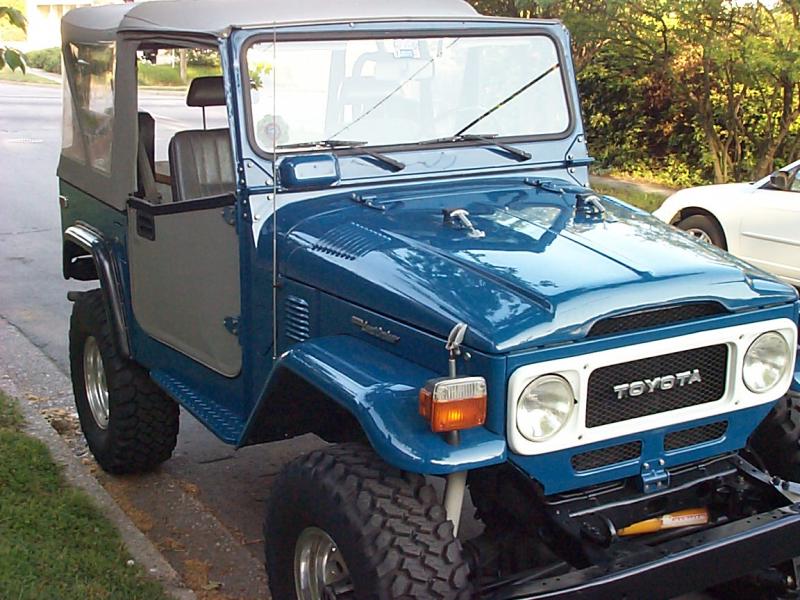 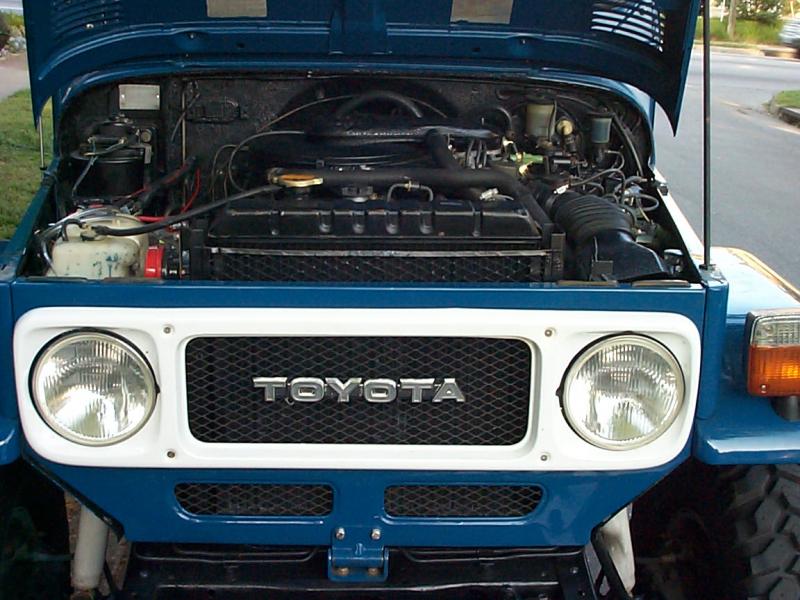 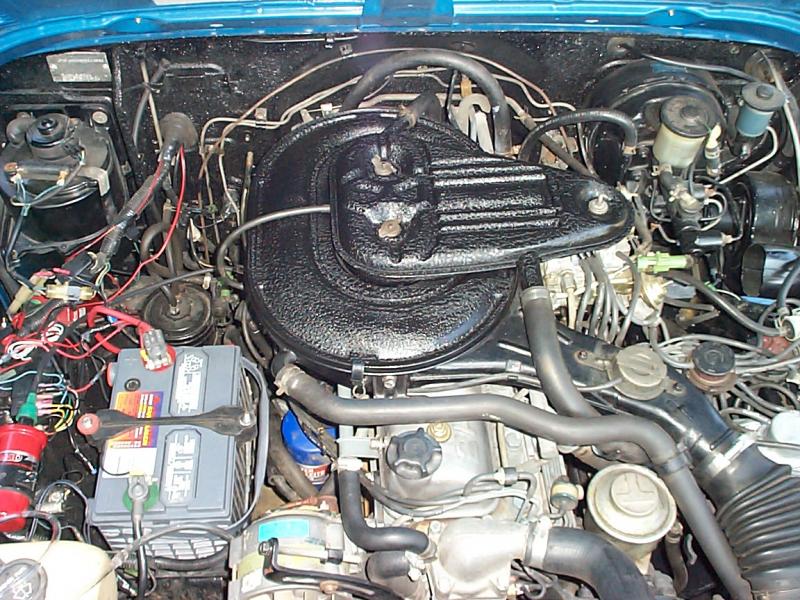 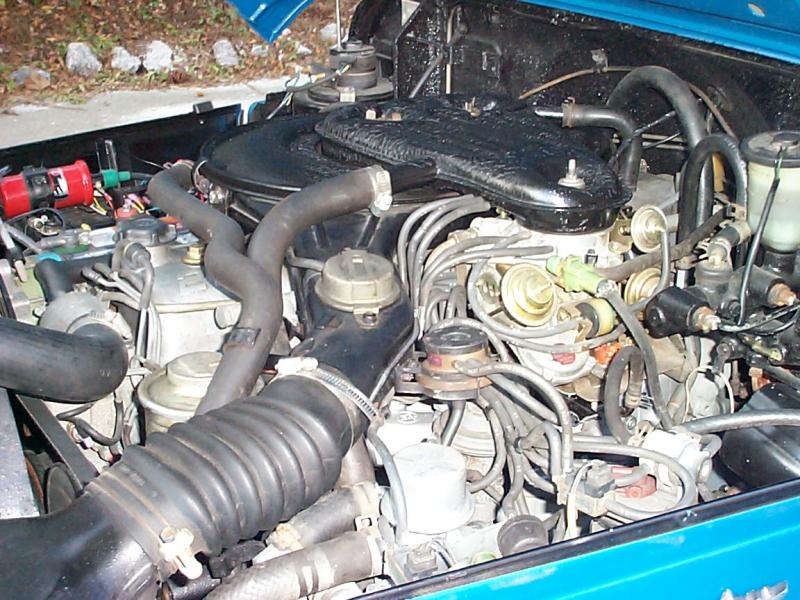 So shortly after completing my restoration, I was stationed in Japan for 2 years and had to leave the Cruiser with a friend who was more than willing to take care of it for me.

My next duty station was in Victoria British Columbia and this is where the truck recieved all its modifications and was transformed into the Rig it is today.
I will post that story tomorrow.

1. The old wiring harness
2. The first wheeling trip in BC and the birth of VI Cruisers! 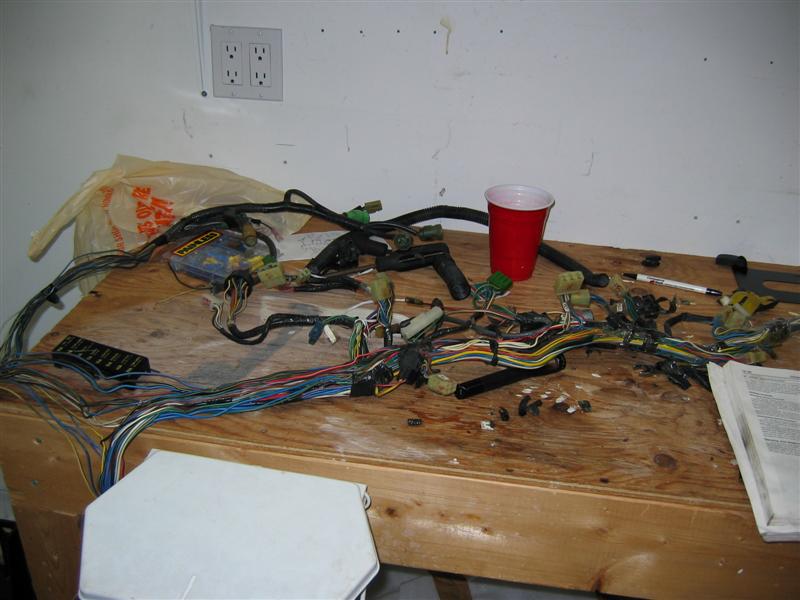 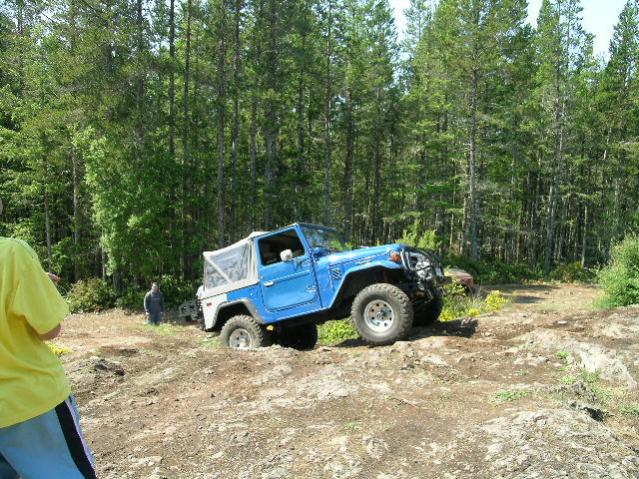 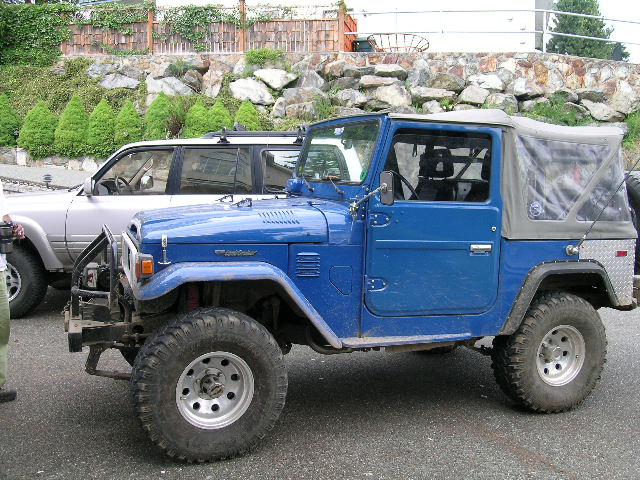 First off, that gem makes the purchase of my first 40 at $3500 seem retarded.

Did that story not give anyone else the chills? TWICE? Reminds me of my own story in a way. Great to hear of your success and see what you've done to it. Congrats!

Wow! Great job on a beautiful 40! I wish it had made it up to Alaska, it could have been mine>

Looking forward to hearing the rest of the tale!

So, after 2 long years in Japan I finally get my Cruiser back. Unfortunately, while I was away the starter crapped out but, luckily, my Pops replaced the starter and drove the truck to his place and fixed a couple electrical glitches as well. And all was right with the world, for a while. Then I had to ship it to Canada.

In the meantime I drove my new LX450 across the country from Philly to a wedding in San Diego. I stopped in at Man-A-Fre and dropped some coin I was saving while in Japan on some cool stuff for both rigs. About 2hr and $4000 later I was on my way to Canada with a sagging Lexus. Now back to the Tick.

When I went to pick it up in Tacoma, WA, it wouldn't start. I was a little rusty after two years away from wrenching, but I finally figured out it there was no power to the idle cut solenoid. So I rigged a wire across the engine from the battery to the solenoid and was good to go (I stopped in at Wally World and picked up a toggle switch so I could shut off the truck without lifting the hood every time.) It was on that drive I swore to stop chasing failing wires and rewire the whole damn thing. Painless it is not, especially when you are keeping all the emissions wiring as well.

Of course, as the jobs on the truck grew, so did the need for the right tools: A true MIG welder (thanks Steph, it's the best B-day present yet!), air compressor (I can't believe I did my frame off restoration without one) and all the tools that go with it, a drill press.... you get the point and know exactly what I'm talking about... don't you?

While surfing 'mud one day, I came across a thread about maybe starting a Coastal Cruisers chapter here on the Island. After a bit of discussion and interest shown, CrustyBJ60 took the reigns and set up a meeting at Tim Horton's. It was from this meeting that Vancouver Island Cruisers was born!! 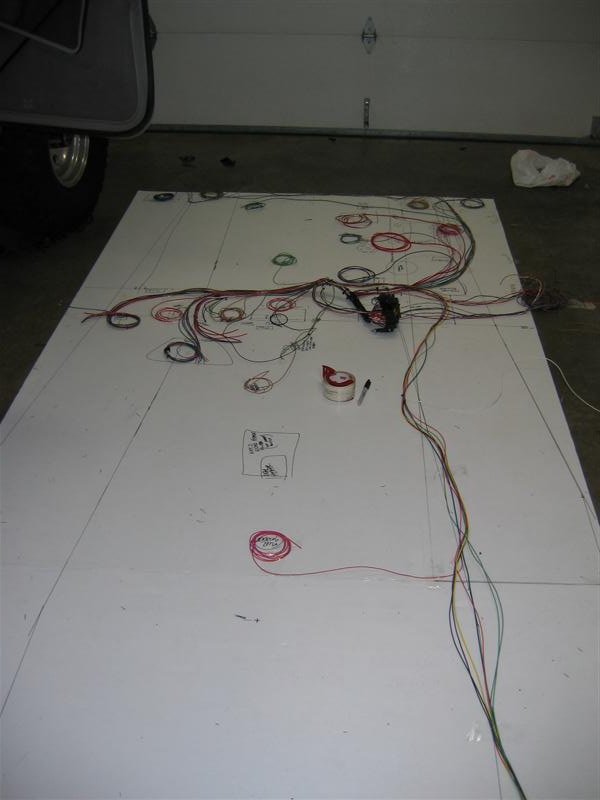 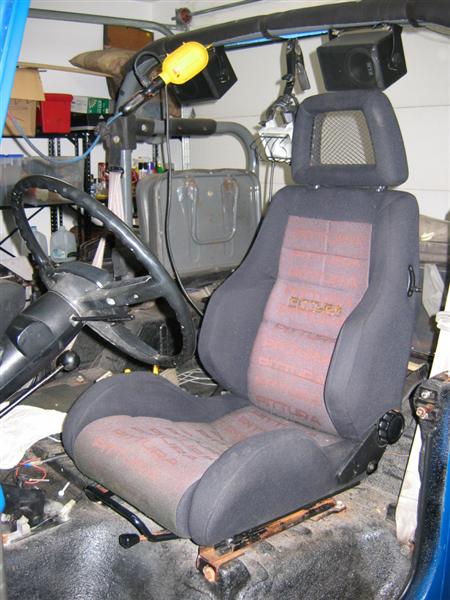 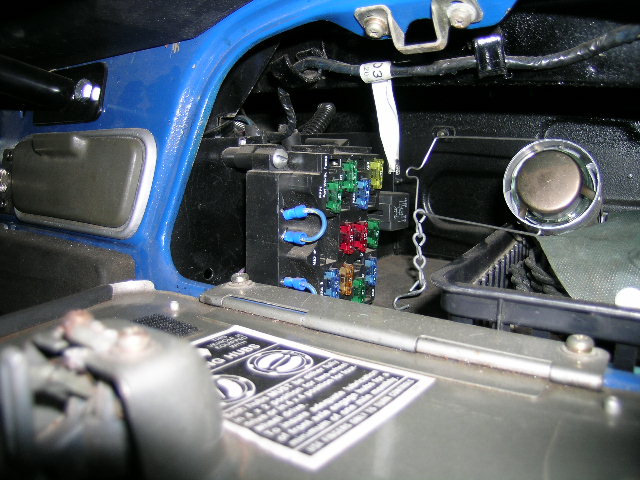 The wheeling came fast and furious after that initial meeting where I met two people that would become very special friends. One of them was Crusty BJ60 (Kirk) who I owe alot of thanks for is hands on help and lending an ear when I was formulating the neverending string of next mods on the Tick. It wouldn't be the truck it is today without his influence and help.

The more we wheeled, the more realized I needed more. Onboard air, 4.11 gears and ARB lockers were next.

Then came the Metaltech rollcage: My first big fab/welding job that really counted. 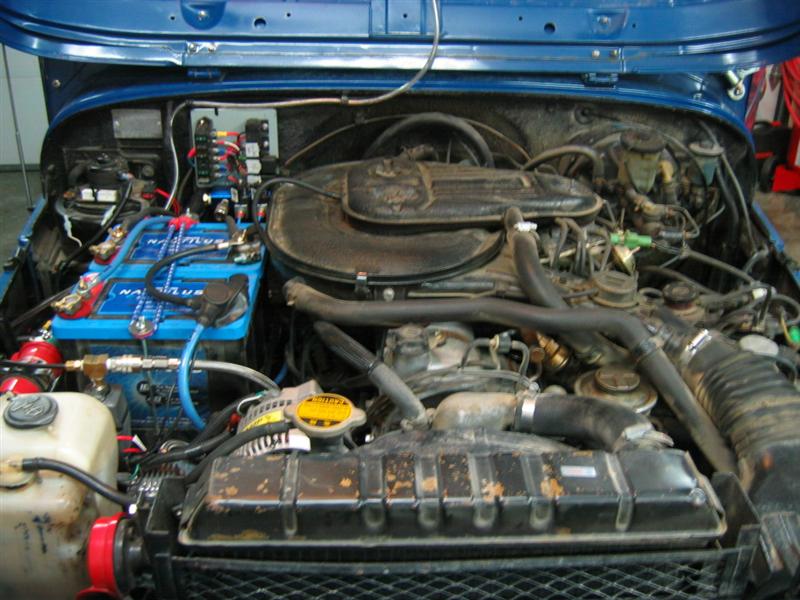 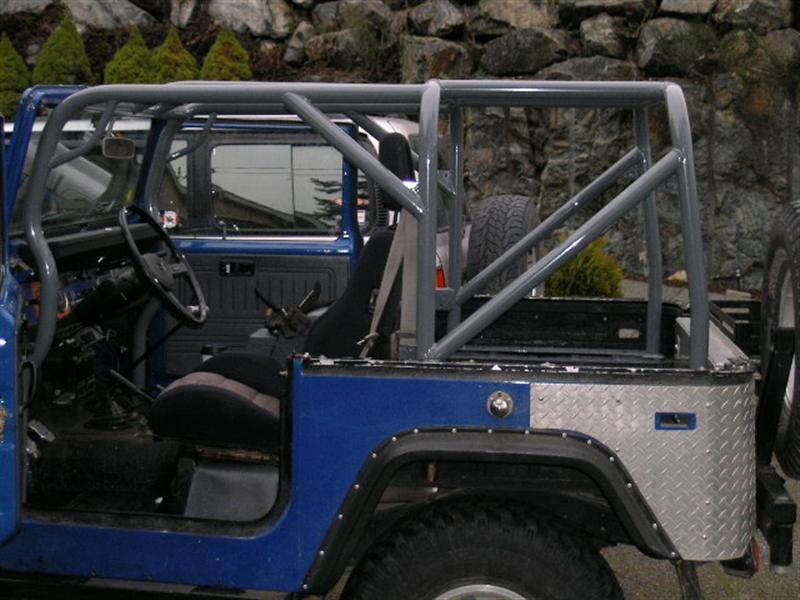 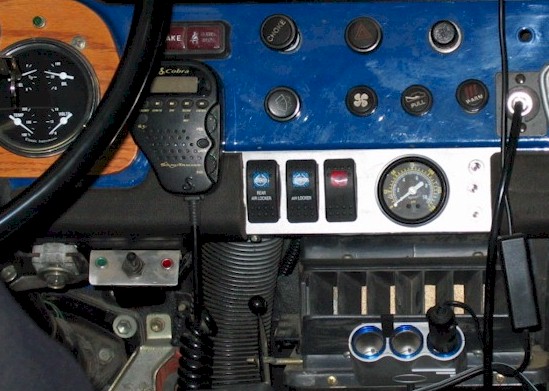 Great read, looking forward to the next installment.

So after getting it to this point, about a year ago, I had planned to make Rubithon '07 with an Aussie four speed guts in my late model case with an Orion bolted on for an 81:1 crawl ratio. However, that was not to be and the tranny and T-case didn't get bolted in until August '07.

In the meantime, I built some sliders and a variation of Poser's skid plate to protect the vitals underneath as well as some 1/8 plate half doors that work with my soft top door tops.

Mark from Mark's offroad built the tranny and I built the Orion and put it in. My friends Chris and Kirk got me some sweet anodized shifter knobs from Mule offroad for my birthday that look awesome on the shifters (thank's guys, you always know the right gift for me) 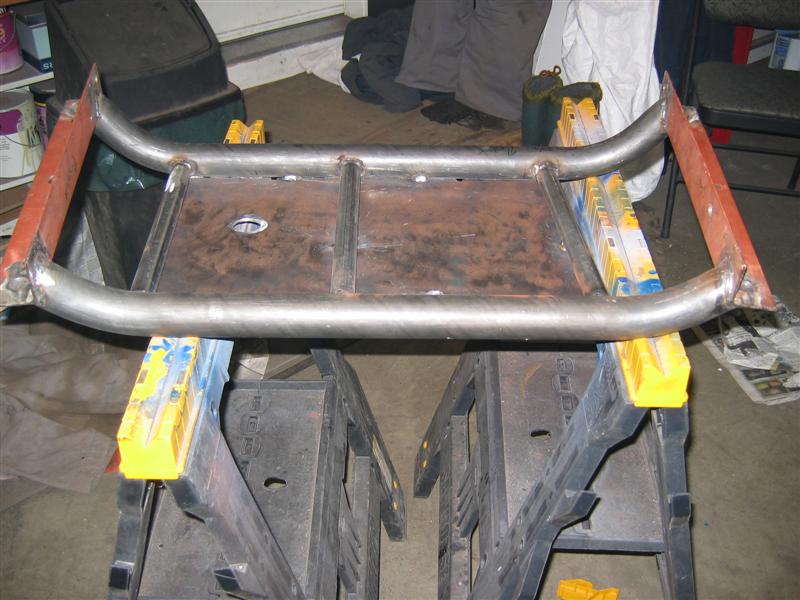 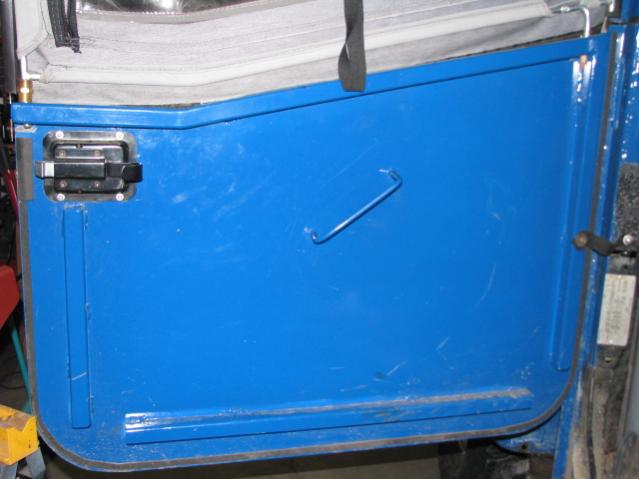 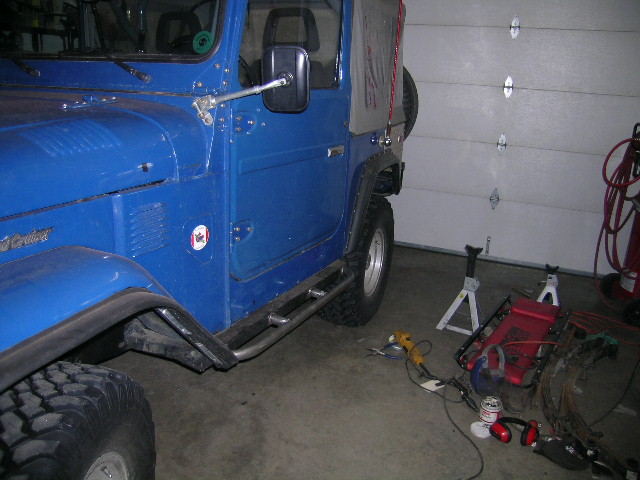 The Fastest Land Cruiser in the world!! Or, time to replace the speedometer cable.

Topless in the Tetons

R
New to the group