Back in the mid 70's I was living in Helena Montana, I had owned a coupla of flat fendered jeeps and had a scout for a while then I had an old bronco. One day my brother came over and he had this Toyota Land Cruiser, I rode in it with him to southern Idaho and I thought it was the most outrageous vehicle I had ever ridden in. My mission after that was to find one of my own, I found a 64 FJ40 seafoam green cruiser with 10 K miles on it, it was a riot. I wheeled the heck out of it, but in those days big tires were HR-78-15 mud tires so you had to have some driving skill or you were stuck, I sold it when I left Montana for a coupla of years. I moved back to Butte Montana and Bought a 73 FJ40 and used it for hunting and fishing for the next 6 years. When I moved to Billings I was cruiserless for a while it was so far to the hills and trails and I bought a fifth wheel so I went about 5 years without one. Then I came across a 74 FJ40 and bought it. and I have had one sience. I have built and sold a coupla of cruisers but I was tired of working on them all the time so I decided this cruiser was the last one so I wanted to build it for a keeper. It has the following:

73 FJ40
1985 2F engine
SM420 Tranny
3 speed case with Posers T case saver
Front is Toyota with mini Disc brakes up graded to vented rotors with ARB air locker
Rear is Toyota with ARB air locker
4 inch Skyjacker lift
35 x 13.5 x15 TOYO's on 10 inch wheels
Sliders and trim, tube fenders, and full cage from Metal Tech
Paki top from Eshan
Saginaw Power steering parts from Marks off Road
Has a CB and a Hamboner 2 meter rig.
I replaced a lot of sheet metal in this cruiser and painted it ford red.
I built the rear bumper and tire carrier, bought the front from Hawkdriver.
Left to do new skid plate and 30 spline longfields. 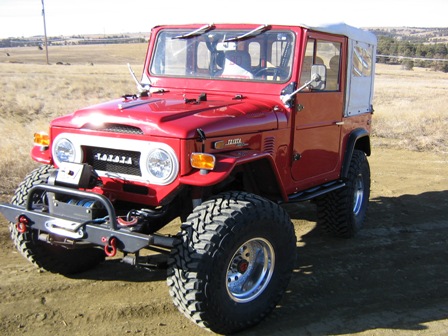 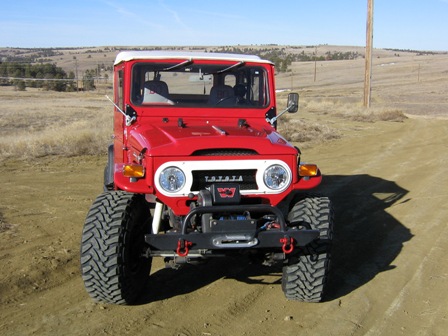 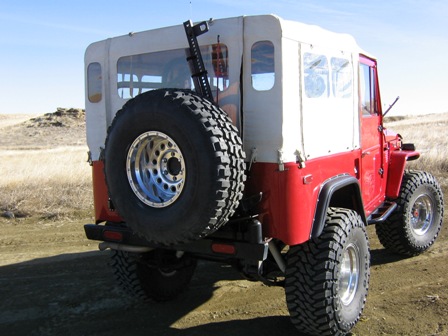 Here are some Pic's of the interior. 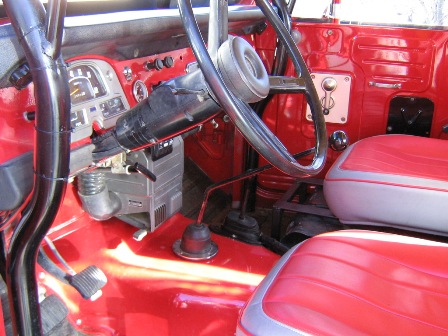 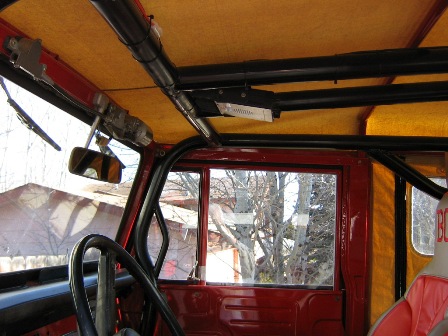 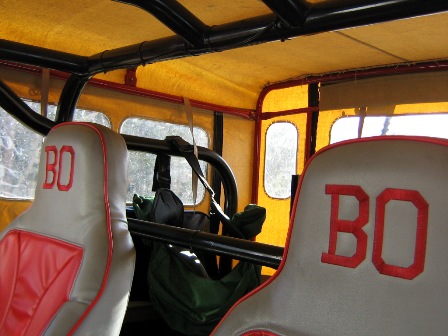 Here are some paint Pic's 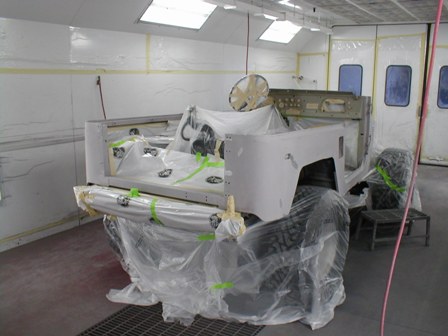 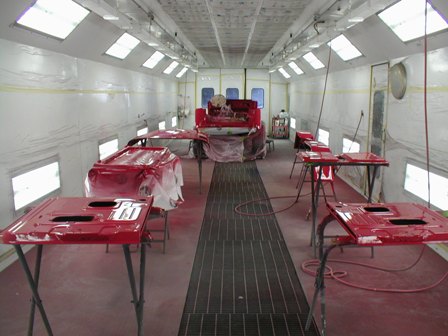 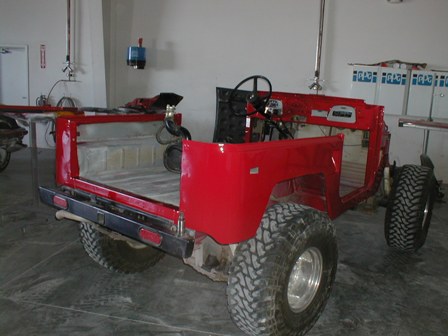 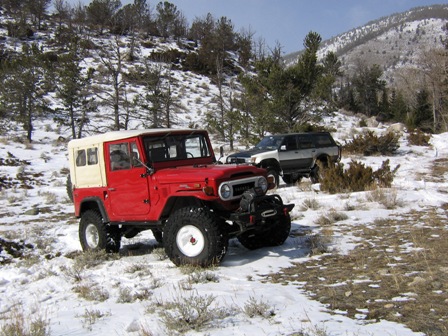 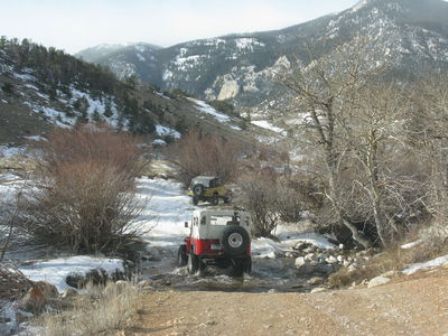 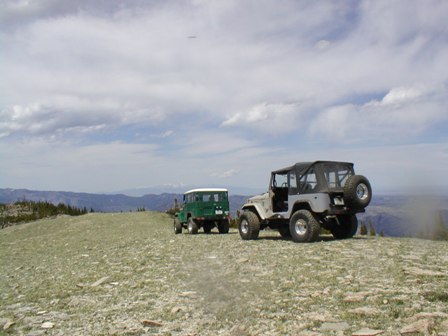 Here are a few pic's from other I have owned. 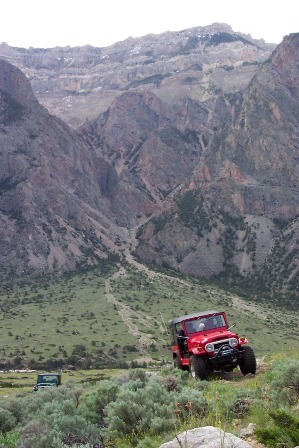 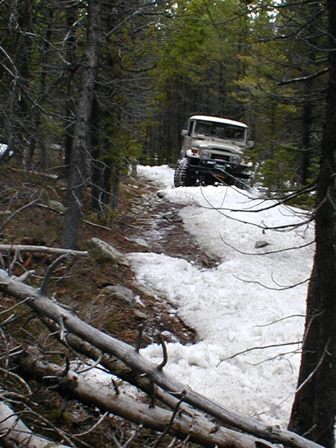 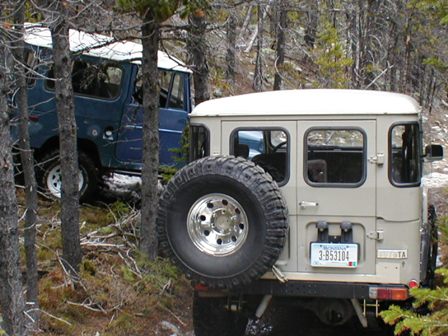 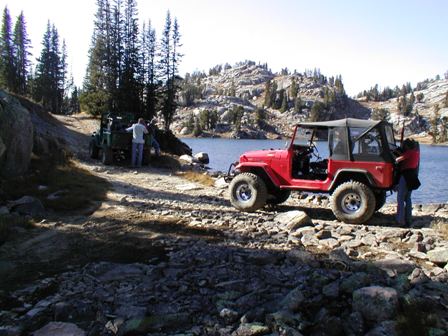 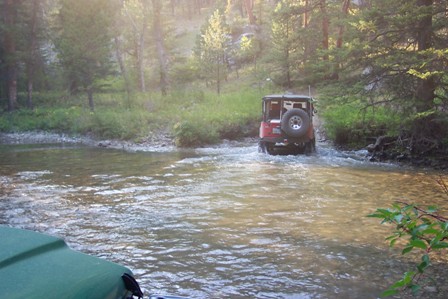 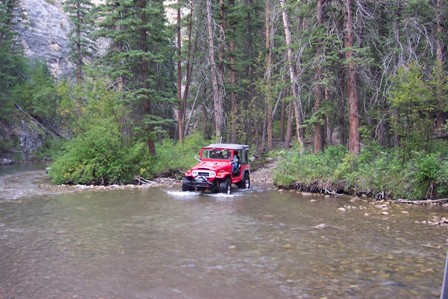 One more for now, Larry 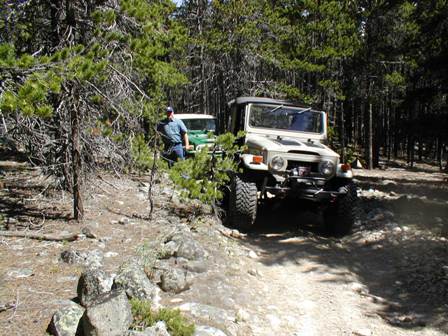 brew8 said:
Here are some paint Pic's
Click to expand...

The beige one went to a rancher in rapid City area, it is a nice cruiser, thanks, larry
Larry Brewster, TLCA 7165, Billings, MT

Damn fine rig Larry. I thought I recognized that bumper up front there. Oh and thanks for the fairlead, it's working out nicely.

Thumbs up for a great guy and a great truck!

Did you use the hardware Ehsan sent or did your use something else?
Sean