Wiseco got a good std bore OE piston,and scanned it into the Big Piston Machine (tm).
Now they can make more sets, with a few weeks advance notice.
Unlike their MotoX pistons, it is not a shelf stock number.
Last edited: Oct 30, 2017

Jim, This is excellent news. Thank you very much for putting in your effort to work with Wiseco!
W

Definitely , huge thanks - it takes a lot of work to get any piston builder to get this done , been there done that with J&E Racing and their forged Samurai 1.3/1.6L hi-po pistons . First set was over $600 , now it's a stocked number ....ugh .
Sarge

I see this is a few years old Jim (I had entered a google search for .75mm oversize pistons). Since these pistons were forged instead of cast, I was wondering how much additional clearance the machine shop used to fit these since they will swell more than cast. Also, now that it has been a few years, how did it work out?

Lenny, It has worked out fine so far. We've only done 6? sets of these to date, but no problems reported. I don't remember what the finish bore size is, but it is called out on the instruction sheet w/ pistons, as it is greater bore clearance than the stock cast piston clearance.

This afternoon I encountered the most interesting note in the 2F engine manual. When aligning the camshaft and crankshaft gears #6 will be at TDC on compression. I checked my old F manual and while it shows a picture of the two gears and references timing marks, it makes no mention of relationship to pistons. I had "assumed" (and yes, I learned how to spell that many years ago) that like every other engine I have ever worked on, timing is set to #1 TDC which associates the camshaft pretty doggone close to base circle of the two valves. I have used adjusting dowels on SBC engines using a degree wheel and dial indicator to set the camshaft "exactly" in position, but this is the first I have ever seen where the "primary" piston is NOT #1. You guys all probably knew that. It really caught my eye. Since both the camshaft and crankshaft are "keyed" there wouldn't be any point in determining where any piston was at, I just found it interesting since our firing order is 1-5-3-6-2-4.

FJ40Jim said:
We've only done 6? sets of these to date, but no problems reported.
Click to expand... 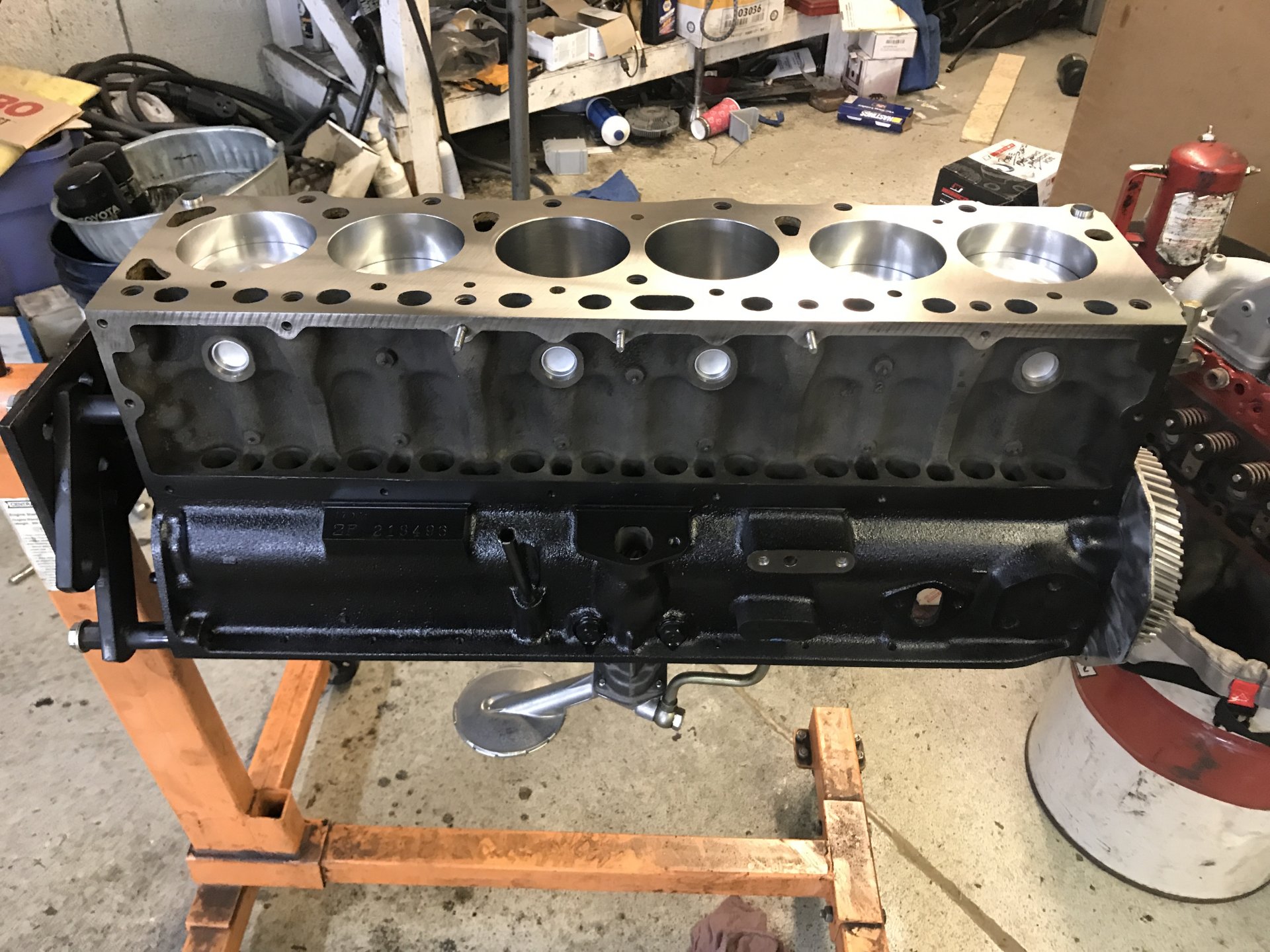 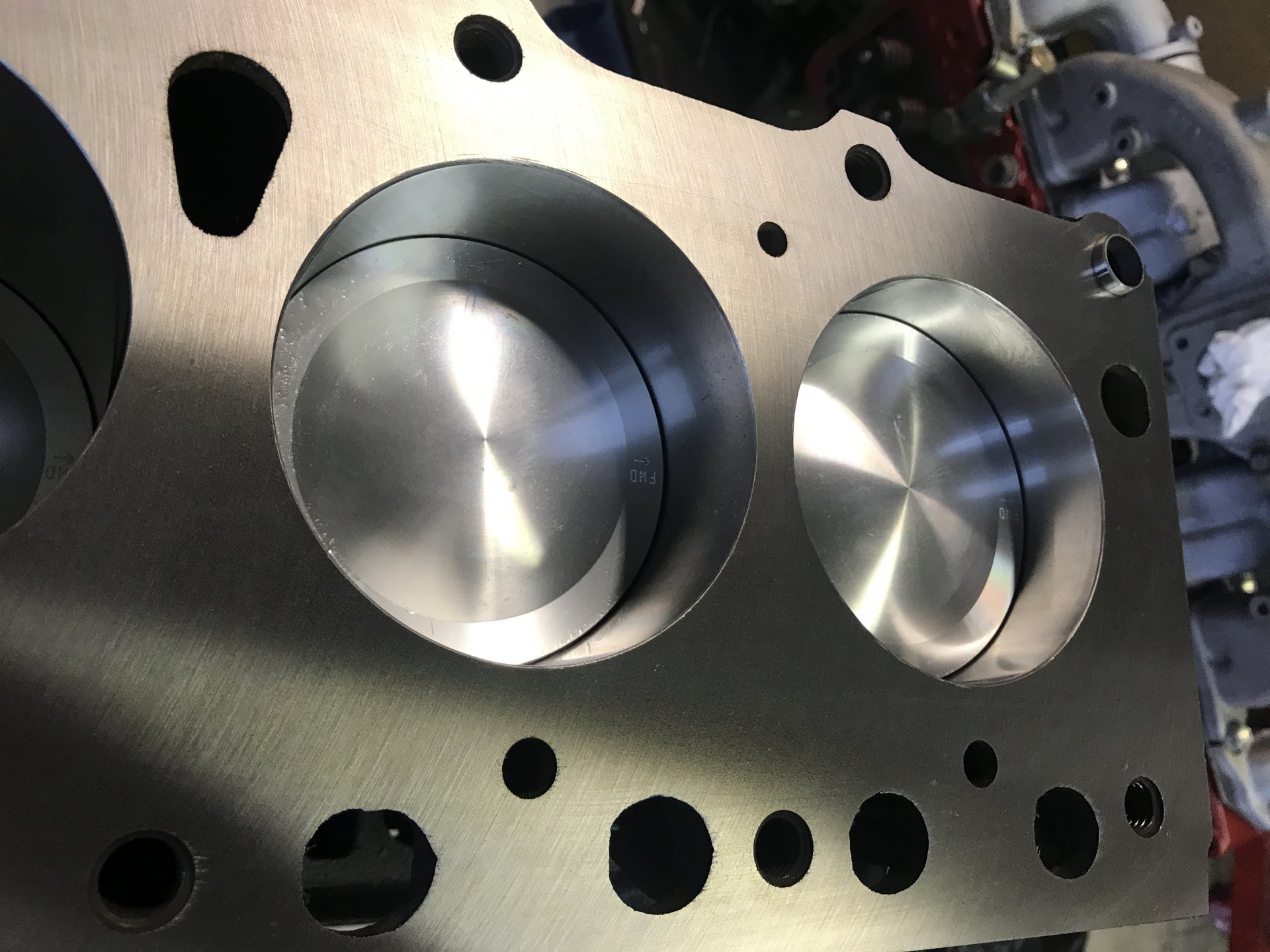 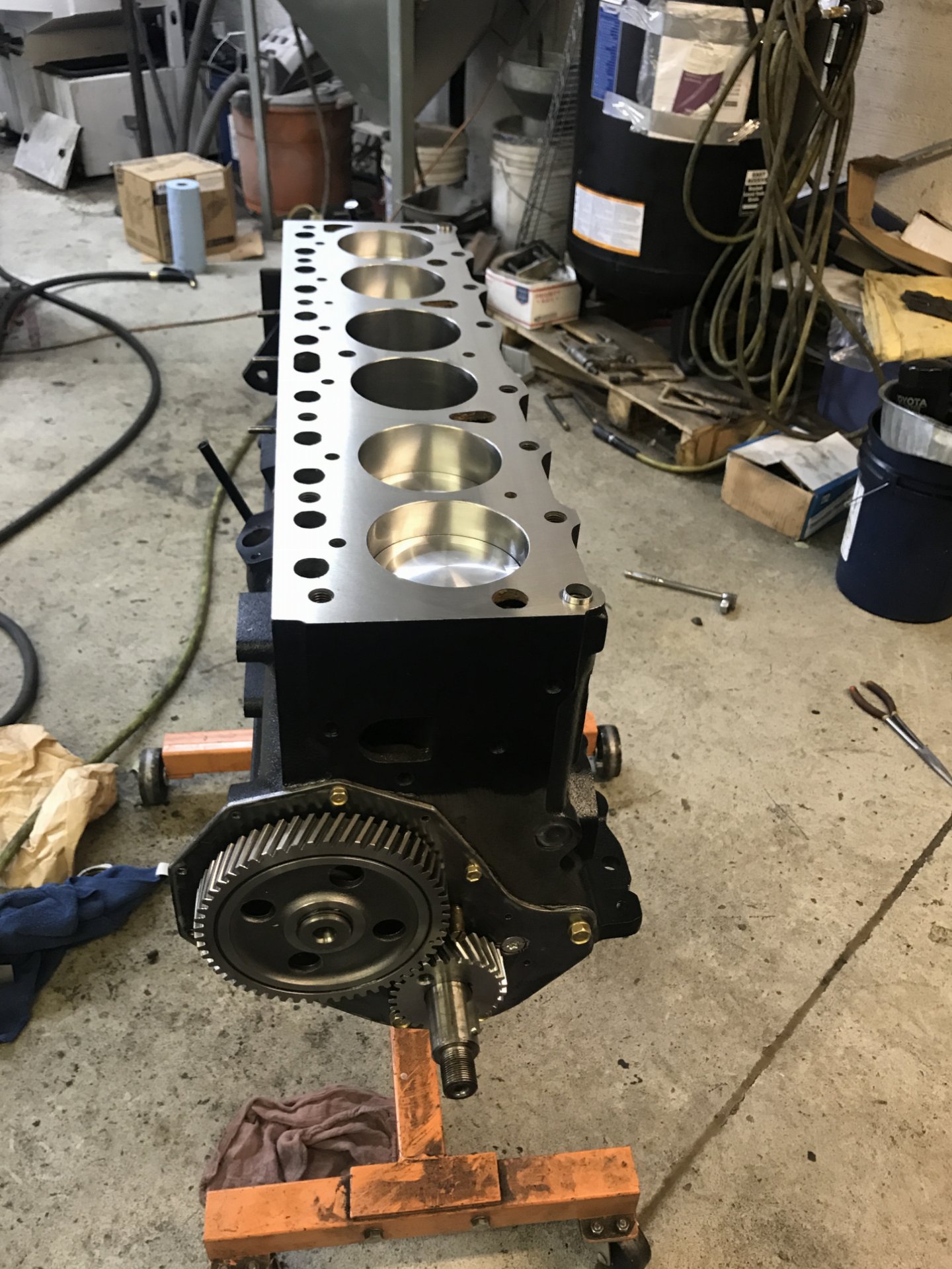 I'm interested. I have a '76 2F That is just patiently waiting in line after my house project to be complete next summer. A.k.a I will buy but won't have funds until tax refund but I want some domes! Will follow thread. Thanks!

I am most impressed with the 2 x 2 engine stand!

That is such a pretty motor. Jose called Ana Maria this morning and said the parts are in (three day holiday held things up I guess) and he will have an estimate tomorrow. I double checked some numbers I had run a couple of weeks ago, looking mostly for Toyota parts when available (Toyotaoverstock.com). Quite a few parts showing NLA and of course the bigger issue is when you look for bearings. If the machine shop doesn't have parts, it is futile to have them machine to something in the mail. But at least it gave me an idea of what is available and cost, $2,488 covers most of the major stuff like pistons, rings, bearings, camshaft, pushrods, adjusting screws, valves. Some stuff I see folks on Mud order from Northern who lists a Fel-Pro complete gasket kit. I know that a couple of years ago a fellow in SoCal stopped by SOR and picked up pan and valve cover gaskets for me, they were Toyota but the above noted place shows a complete gasket set as NLA. I have used/preferred Fel-Pro for many years, but here on Mud several folks have opined against them.

I have a lot of money invested in this Land Cruiser experience dating nearly five years. The '79 is a much better rig with the one piece doors, ambulance doors which allow passengers ingress/egress without driver assistance but it is still old and needs some attention. So with the motor, steering and brakes (front disc/Toyota conversion) I will still be facing the body/roof issues. I have all the weatherstripping and door restoration parts on hand as well as roof seal and headliner but I would really like to have the thing stripped and painted. Just the rubber for the windows is $600 USA, plus shipping and customs duties of course. But passing up another three day weekend (my wife is younger and still feels the need to contribute to society, so she works) not being able to get up into the mountains sucks.

Jose sent a message to my wife today, the container has cleared customs and all parts are available, except the camshaft. Apparently there is another container and a possibility there is a camshaft. There are camshafts available here, however, he said they are of poor quality. Not sure what that means, can't imagine there are that many companies making camshafts for these old motors. So the Melling is available, City Racer shows sold out on OEM. Northern Auto Parts shows the Melling camshaft but shows ITM for lifters. Does anyone have experience with ITM? It seems I saw a posting here somewhere (I'll check again) that ITM is Taiwan and were acceptable.

The camshaft was in the second container. There was some confusion between my mechanic and my wife which led me to find rocker arms when in fact I needed pushrods. Cruiser Corps. provided both the valve springs (made in USA) and the pushrods. The pushrods will arrive in NYC next week so maybe here in Cuenca mid-October. I took the valve springs over and saw the new engine parts. Aisan oil pump was the only brand I recognized, however, all other parts are made in Japan. The cam gears are iron, the pistons are 1.00mm oversize and the crank has been turned to .25mm undersize. Everything looks good, parts quality wise. The block and head are finished and at the paint shop all with associated sheet metal and bell housing.

My machining didn't come out as shiny as I'm used to seeing, or like the other motor in this post. But it does have the head on it now and peripheral parts are out for painting. Tomorrow, 23OCT17, will make 14 weeks.
View attachment 1559878

I have been staying busy out in the shop and a thought came to mind. With a brand new engine, what oil should I run? In the USA for over forty years I was a Pennzoil/Purolator guy. Neither of which is available down here. And while I prefer to stick with a brand and weight, I note that my mechanic doesn't. So sometimes it is a Mobil product, or an Exxon, etc. We had been running 20W-50 in both the old F motor and the "new" 2F which is the one that is being rebuilt. I ran 20W-50 in all of my motorcycles and preferred Honda GN oil. I have seen comments on Mud about using something higher in zinc, not sure if that is available here or not. Inputs appreciated!

Oh, I have reserved parking now. I just need a car.

To get this thread back on track, one complete pistons set is in stock & ready to ship.
Specs are Dome top 2F, .060" Oversize, forged in USA, complete with wristpin & Hastings chrome ring set.
Price is $999, includes shipping in the USA.
Last edited: Nov 29, 2017

FJ40Jim said:
Lenny, would you kindly move the pichers of your engine build from my "Pistons for sale" thread, over to your "fixing a cruiser in Ecuador" thread?
Mmkay, thanks.

To get this thread back on track, one complete pistons set is in stock & ready to ship.
Specs are Dome top 2F, .060" Oversize, forged in USA, complete with wristpin & Hastings chrome ring set.
Price is $999, includes shipping in the USA.
Click to expand...

im just starting a 2F rebuilt....having owned toyotas for decades, i never really got into engines...so my engine design foo is weak sauce.
the 2f im playing with is a domed piston engine, irrc it's a 77 or 78. so i'll be in the market for domed pistons.
what cam are you running with these 60 over units? i wasn't looking to hotrod an engine, but if they play well with an OE duration cam im probably in for a set.

New cams are unavailable AFAIK. All engines are getting the mildest regrind and a set of refaced lifters from Delta Cam. Works very well, better than I expected (I didn't expect much.)
C

So I just looked in the Wiseco catalog and they don't have any 2F listings. Are their 2F pistons something you just have to call to get? Any specific internal Wiseco # that I should reference so they can find the pistons in their system? Also, were they making flat top or domed pistons? Or both?

Yes, you just call me to order. There is one set in stock. Commodity prices are up, so the set of pistons, pins, rings is now $989 delivered in USA.
These are domed pistons, .060" oversize, for use with 75-80 2F cylinder head.
Flattop pistons are still available from OE or equivalent sources, AFAIK.
You must log in or register to reply here.