eBay Most Expensive 40 Series Ever (1 Viewer)

If he gets $150K, or $15K, for that matter, I hope he spends some of it on spelling/grammar/punctuation lessons. A sample:

I Greatly Appreciatte and Respect ALL viewers BUT, if You have unnessisary comments regarding condition , Pricing , or Your personal opinion PLEASE DO NOT!! Write or comment , this Ad is ONLY for SERIOUS , QUALIFIED BUYERS!! No redicoulous comments or remarks will be entertained , I am a VERY busy Person and DO NOT Have Time for sarcasim so again PLEASE VERY RESPECTFULLY REFRAIM!! Thank You!!

RichiT said:
They could have filled in the mirror holes in the back doors

He should contact these guys. They may be interested since it has the optional tiger cage in the rear. 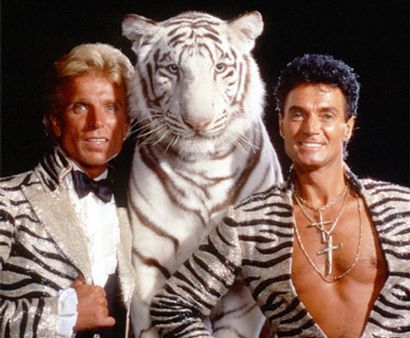 I could see someone spending $100k in a classic car restoration depending on what level they took it to. However, I would have chosen a car that would bring the money after it was done like a Hemi Cuda or a Superbird. I just can't see someone paying $150k for it, even if it was the most pristine one in the world. I also can't see this being a $100k + restoration.

Now for the peanut gallery comments:

$150k asking price and no frame or engine pics?

You have that much money in your truck and a $50 digital camera or do you just suck at picture taking?

"I Greatly Appreciatte and Respect...." Appreciatte? ....Bottom line, if you have enough money to own a $150k car, just pay someone to do you a professional ebay ad with at least basic correct details and spelling or try selling it on a Barrett Jackson type auction....

hummm,
IF it is a true restoration then it might have cost $150K to complete
but
i am just not turned on by the door design so i will pass.

Roy Horn was seriously mauled during the attck, but survived. The cage will come in handy since the tiger can't ride bitch in the front any longer.

crushers said:
hummm,
IF it is a true restoration then it might have cost $150K to complete
but
i am just not turned on by the door design so i will pass.
Click to expand...

So if it had better doors you would consider paying $150,000 for it. If so, I have a bidge for sale (cheap) if you're interested

In the duck blind...

to me, if the design of the doors is poor then what else was not thought through?

There is a company in OZ that does these conversions. I dont recall the name. Looks like he found one and imported it
S

Clearly the man must now think he is Icon.

wasn't there a thread about this build awhile ago? The guy was trying to drum up interest in it. For 150K couldn't ICON do something similar/better - and i bet there wouldn't be any holes for mirrors in the back doors!