I got this idea from @MTB Land Cruise who was responding to yet another Portland theft of @calberta cruiser 's rig. Yesterday I bought four of these little units because I think the Air Tag may be the cheapest "quality" tracking solution out there. For iPhone users this will only cost you $30 and it appears to provide you with a notification that your vehicle has moved and when it was last in the area of another iPhone. Let's face it...even tweakers and thieves have iPhones and at 11 MPG it will show up at a gas station soon enough.

Here's a pretty good summary of the features: AirTags: Apple's New Trackers - Everything We Know - https://www.macrumors.com/guide/airtags/

I won't get mine until mid-June.

Please share your thoughts on limitations and/or experiences if you already have an Air Tag or something similar. Is there another tracker better for anything close to this price?
Last edited: May 6, 2021

Amazon product
I’m looking at some tracking devices for the same reason...Portland. Can not speak to the one you’re looking at, but I’m considering the one linked above. Looks good to me, a bit more expensive than yours but right now cost is not my main concern.

Would appreciate more info on the Apple unit and/ or thoughts on other units from other MUDDERS also. One thing I’m pretty sure I want tho is a hard wired unit.
Last edited: May 5, 2021

AirTags are a worthless vehicle theft tracking device. If the thief has an iPhone, he'll be alerted too the moment he leaves with the vehicle. The "feature" is there to prevent stalking. If an unknown air tag is moving with you, you'll get a notice.
And after three days it'll start beeping for everyone to hear who's nearby- including Android users.

I’m with @OSS regarding the AirTags. I’m a true dinosaur when it comes to this stuff, but after reading up on the AirTag it just doesn’t seem appropriate for tracking a stolen truck, maybe a misplaced phone, dog etc.

I think a well hidden wired device is the ticket...just trying to figure out which one.

Sure the thief might get a notice, but as long as you hide it well and don’t leave it in the armrest or somewhere in the open, it has potential.

Lots of places to hide it. Or buy the three pack and hide them all.

I bought a PetBiz GPS dog tracker about a year ago thats smaller than a box of tick tacks and holds a charge for a month. Its supposed to use nb-iot. Im not exactly sure the differences in technology but it works, and works where most cell coverage doesn't out here in the sticks. There's an app to track, and you can set simple radius boundaries and turn on more frequent ping intervals. It costs $5 a month for a year subscription. It's been on the dog through all weather and is holding up fine. I have also confirmed it works fine hidden inside a vehicle for tracking. 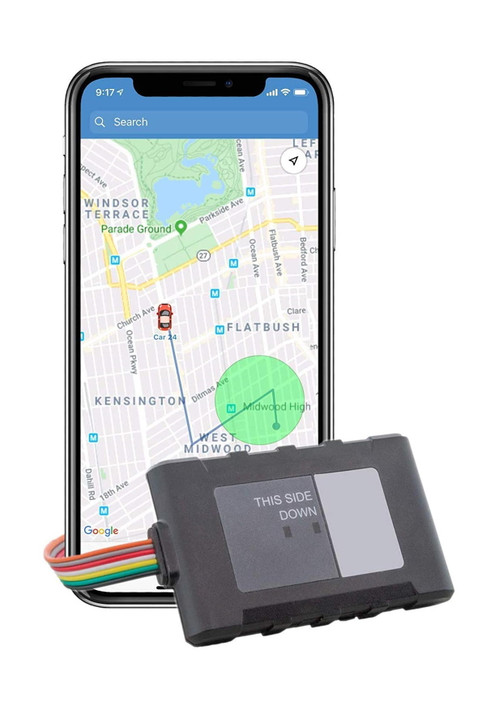 ^ nevermind. It requires a $25 monthly subscription.

The Airtag is not great for this use case but for the price I’ll definitely be hiding one in my truck. If you live in a rural area it might be completely worthless because there will be fewer iPhones around.

@BadReligion the one you mentioned looks ok for this purpose. I believe most of the hard wired ones will require a monthly fee.

Right now I’m still leaning towards the unit I tagged in post 2. Still would like to here from someone who has experience with one of these hard wired units.

Ive briefly looked into this and hadn’t come up with an obvious winner. Sub’d.

also going back and forth on doing a kill switch.

Like you, just ordered a set of four for $100, delivery estimated mid-June. Here's why:

OSS said:
AirTags are a worthless vehicle theft tracking device. If the thief has an iPhone, he'll be alerted too the moment he leaves with the vehicle. The "feature" is there to prevent stalking. If an unknown air tag is moving with you, you'll get a notice.
And after three days it'll start beeping for everyone to hear who's nearby- including Android users.
Click to expand...


Some interesting details (at least to me) on how the alerts work for users travelling with an unknown Airtag:

" In a statement to Fast Company, regarding concerns about how ‌AirTags‌ could be used for unwanted tracking, Apple says that the ‌iPhone‌ alert for an unknown AirTag will be triggered once a user arrives at either their home address or a location the ‌iPhone‌ has learned to be frequently visited.

Apple has built some protections into this system. If you are an ‌iPhone‌ user, for instance, and someone has placed an AirTag on your person, your phone will eventually alert you that an AirTag that isn’t yours has been found “moving with you.” Apple didn’t clarify how quickly or often this alert will arrive, but it did share that it will occur when you arrive at your home (the address stored in your Apple “Me” card) or at certain other locations that your phone has learned you frequent over time. Apple declined to disclose further specifics, citing the interest of public safety.
Click to expand...

While not entirely clear based on the statement and report, if a user is, for example, traveling and not at their typical home address, the ‌iPhone‌ will still likely send an alert after a certain period of time, which has yet to be disclosed. The home address trigger, described by Fast Company, is likely not the first metric the ‌iPhone‌ will use to alert a user, but rather a safeguard in place in case the "extended period of time" has elapsed without an alert." 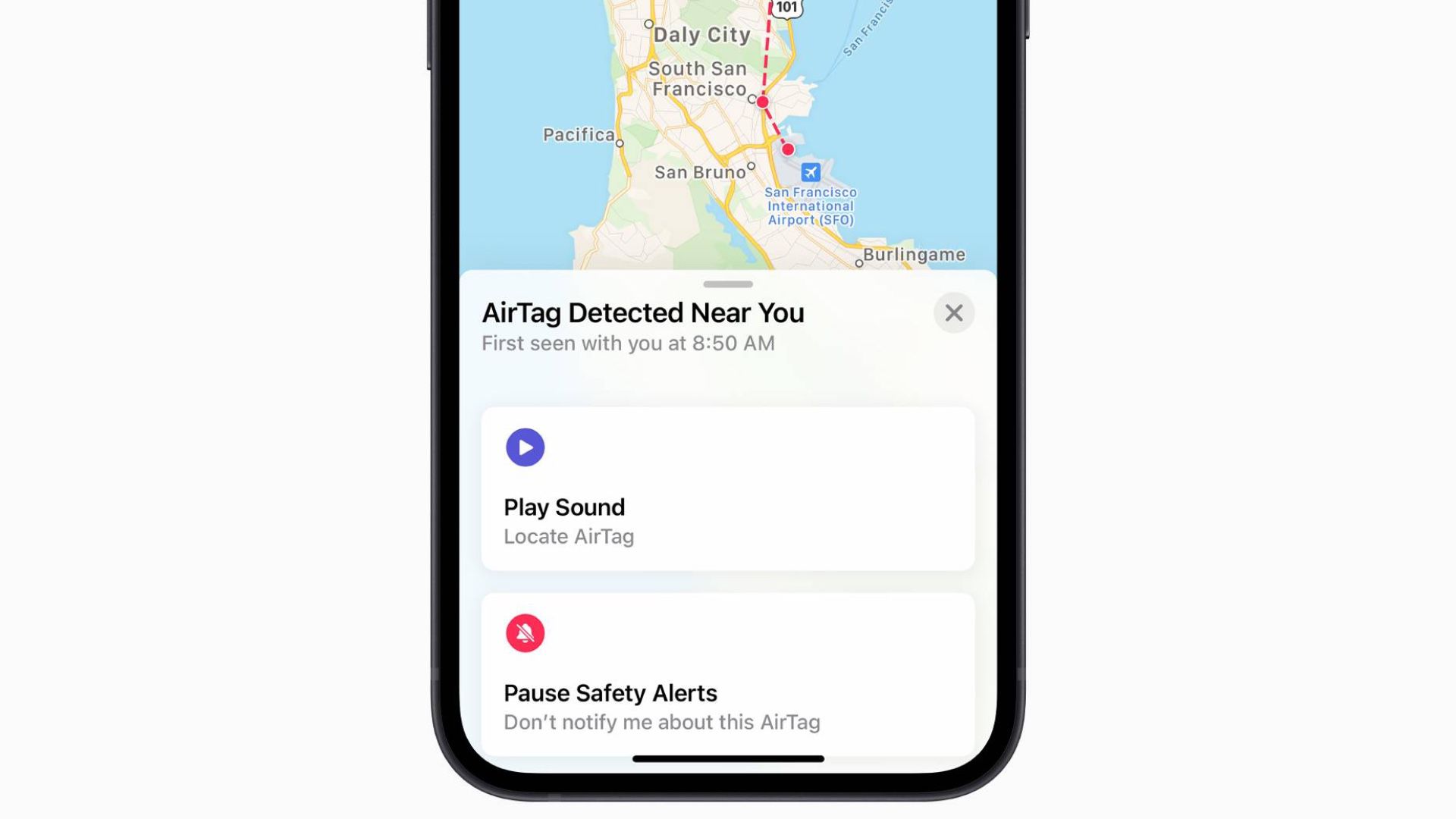 Apple has shared considerable information regarding the safety mechanisms in place within its Find My network and AirTags, that prevent unwanted...

Seems the alerting is a bit of an unknown on when and how it happens and looks to require a "home" location to even be triggered. Since the feature has just been released (and requires IOS update for it to work at all), its most likely somewhat of a work in progress still. Seems it also uses connections to other nearby Apple devices via BT to even update its location to the Apple FindMe network, which is what gives the tag its location to track. Thats if this article/quote is to be believed:

"Finally, the tracker was detected four miles away in front of his school. Relieved, I decided more information in this case was worse; I'd go back to just tracking my keys. Apple later told me the delay was due to the tracker needing to communicate with Bluetooth on other iOS devices in the Find My network along the bus route before the AirTag's location could be updated to iCloud and the app." 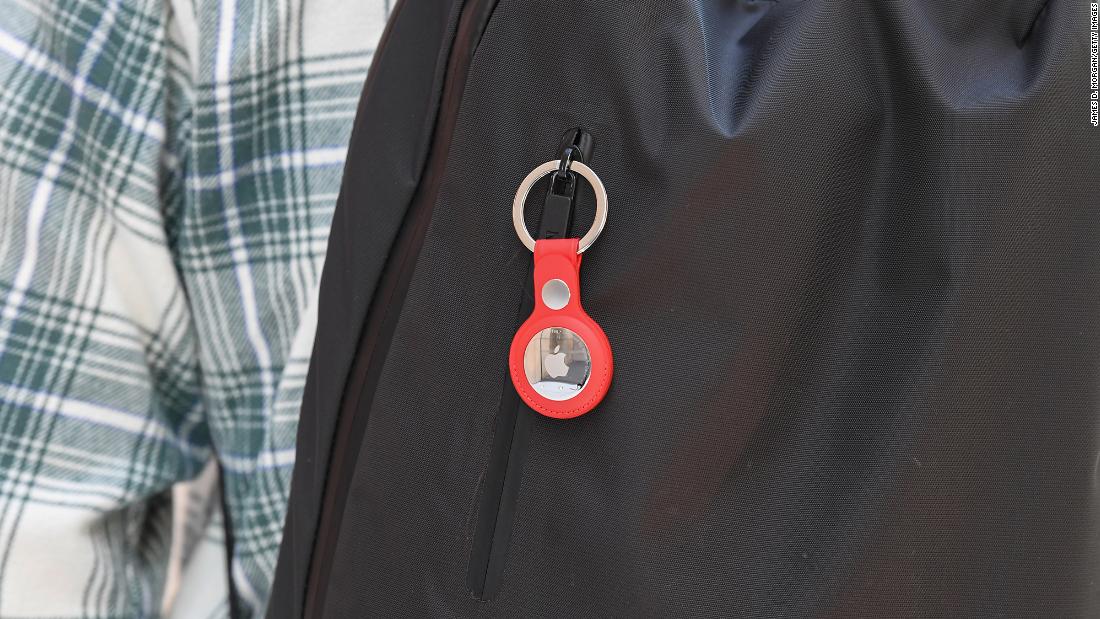 I clipped a keychain with one of Apple's tiny new Bluetooth trackers, AirTags, onto my son's book bag and waved goodbye to him on the school bus. I watched on my iPhone's Find My app as the bus stopped at a light a few blocks down from our street.

Using an Airtag to track a vehicle is an interesting idea, but exactly what Apple designed the Airtag to not do. Seems that because there are some timing issues with how the alerts work, these may give you enough time if your truck is stolen to get an idea of where it is and might provide a first line of defense for finding it. But its likely a non-starter for actually full on vehicle tracking. Interesting though nonetheless. I am sure as humans tend to do, folks will find inventive ways to take a simple key tracking device and turn it into something that will spark all sorts of privacy concerns in the coming months. Curious what happens when someone gets on a bus with an iphone and encounters a bunch of unknown AirTags. Total electronic chaos?

Would be interesting to see for those of you who have purchased these already for this purpose to see how well they actually work for this purpose. Post up results here.

Ordered and received. Deliver time showed 5-7 weeks, it arrived in 3 days.
Do I think it’s a perfect solution? no
Worth a shot at $30? - hell yes.
That and my kill switch may not save me but it ain’t going to hurt. Regarding the beeping....if I havent found the truck in three days it’s probably parted out. You can also wrap it in foam....that and inherent loudness of our rigs and nobody will hear it.
As for notifying someone in the car that they are being tracked....good....get scared and abandon my rig on the side of a road.
With a little imagination you can give a thief one hell of a treasure hunt trying to find it.

@EscapeWagon62 I too think it’s better than nothing and may get a couple as a back up to whichever hard wired device I end up getting.


Some real-world testing for us to see maybe? Curious to see if it delivers and how well it actually tracks things. I might get one based on your results. Its certainly better than nothing, which is what I have now. Look forward to the review.

If I’m reading everything correctly the airtag needs to connect to some nearby iPhone in relatively close range, correct?

So if no iPhone nearby and/or no cell service it wouldn’t work. Not a deal breaker, just want to make sure I understand the limitations in simple terms.
Last edited: May 6, 2021

@NearJetties I believe that is correct.

Everyone prolly is aware here, but these do run on those CR2032 type batteries. Apple claims a year out of a single battery depending on usage and Iphones will alert you when the battery is getting low on the tag. HTH.

You'll get a year under 'optimum conditions' and good quality battery (they tested in a lab, not a 120* F or -20*F car). You'll realistically get 6 months, which still isn't bad, considering. I might even switch to iPhone devil if this works, but I doubt it will for vehicle recovery purposes. The beeping issue doesn't bother me as I can barely hear the radio in the truck, let alone some muffled beeping if the tag is hidden in a rear quarter panel, or behind the rear tail lamp.
You must log in or register to reply here.

Charging Air Conditioning in an FJ60
2 3

Saturday at 11:32 AM
Miloslavich

K&N filters for dummies (or beginners)