It's been something I've been thinking about for a long while. And after busting out the same window twice, I figured I'd go ahead and armor-up my bad driving skills. I saw the tube work ACC did for Dan's Avocado (Guacamole? Tornadocado?) and thought we could sit down and sketch up some ideas for exactly how this was going to play out.

The plan was pull off the plastic fender flares and replace them with steel. Harder than it sounds, because of the complex curves of the front fender. Also a much easier task if you have steel bumpers front and back and sliders. Once I got my Metal Tech sliders last year, I knew that part would be a piece of cake (I told you I had been thinking of this for a while). Then I got the Demello rear bumper and thought there's enough flat space to connect there too. The front bumper is an All Pro and it is not as structurally sound as the other elements we were going to tie into. It's a great high clearance winch bumper, but the outer wings are pretty thin.

This meant that we were going to have to tie into the frame rail in some fashion. ACC's tube bender went to task last Saturday and got the rough shapes bent for each fender. It's damn near impossible to bend it exactly into place because of the extra material on each end needed for final tie-in. The bends looked great as we held them up to the side of the FJC. 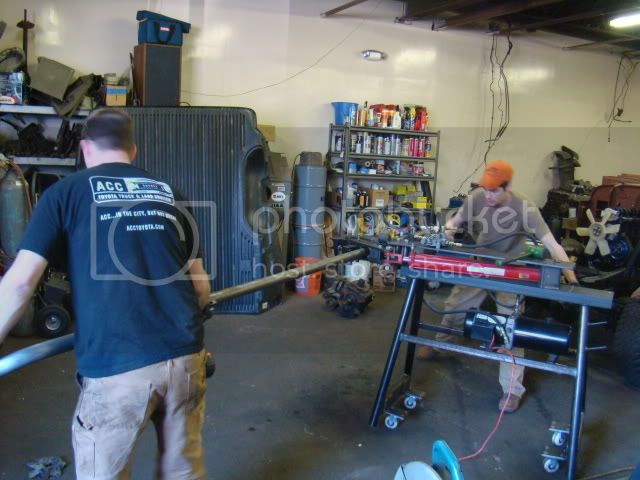 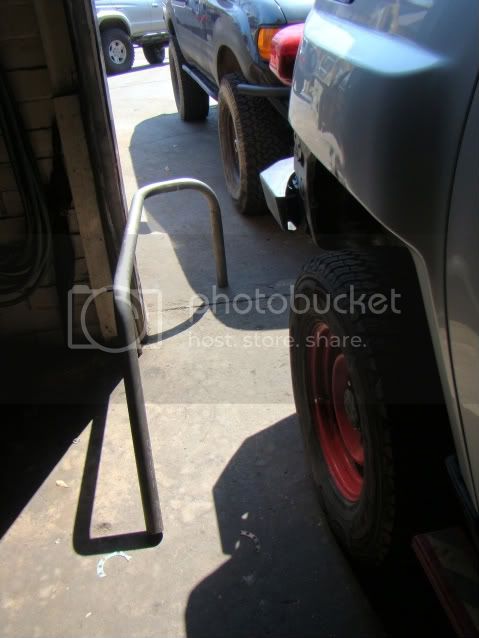 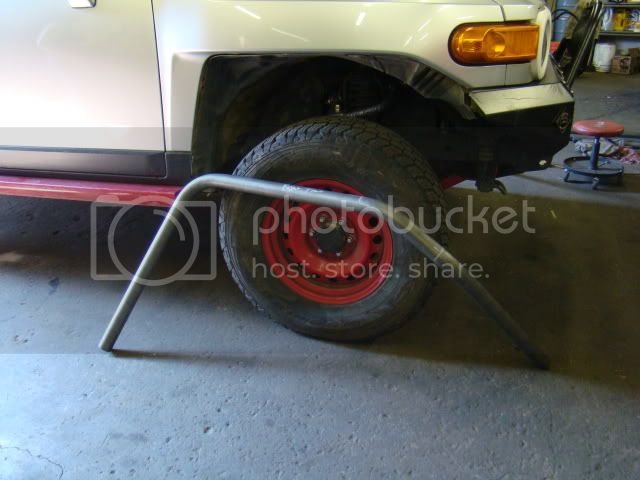 Michael spent some quality time with the bent tubes and had to cut and turn as he went to get them lined up exactly as I wanted. My major criteria were that they protect my fenders and my rear lights. I wanted a finger width between the tubes and the body panels to allow some flex room and to allow enough room for mud to fall out easily.

I think they did a fine job. They aren't a bolt-on solution, but they learned a lot with this first gen. They can duplicate the end result on my vehicle a lot easier now that they are in place and can be quantitatively measured for length and angles. 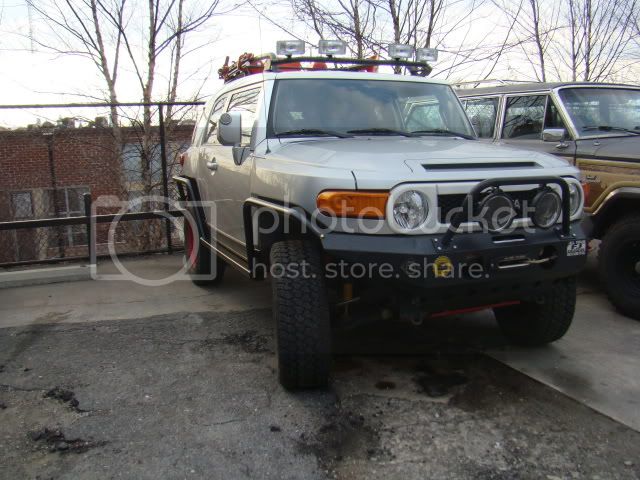 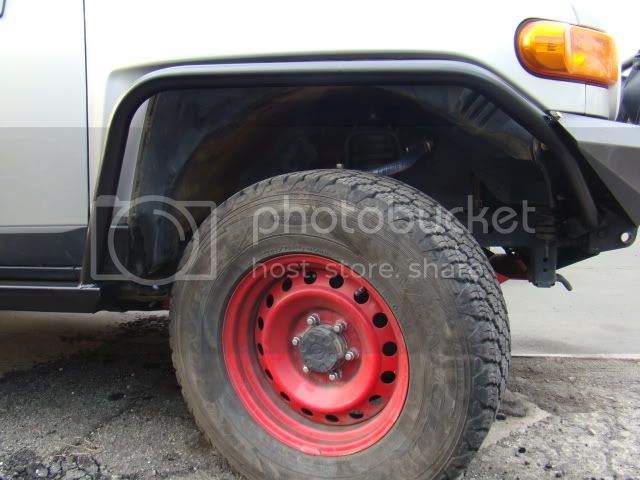 The scars on my door and rear fender are from Guardrail at the last OTMT event. 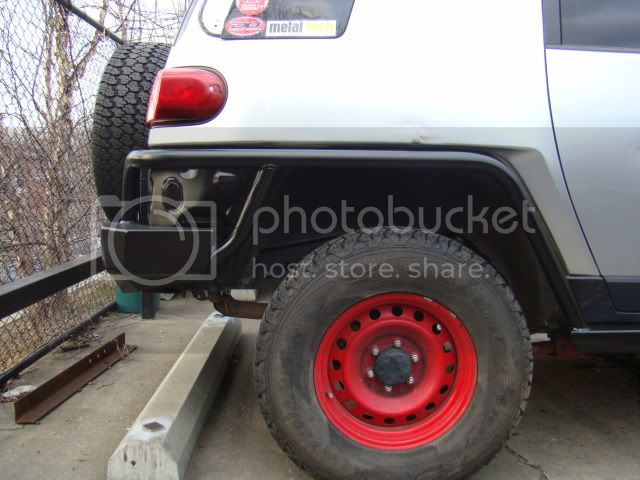 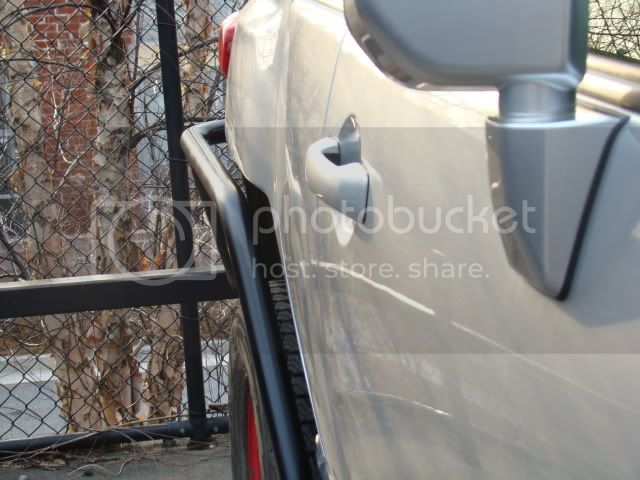 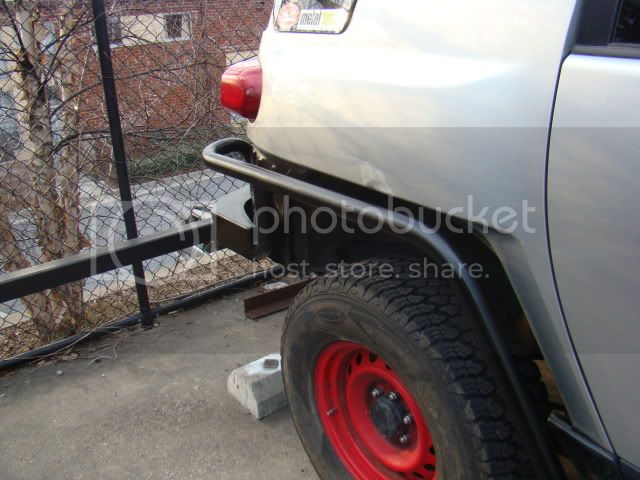 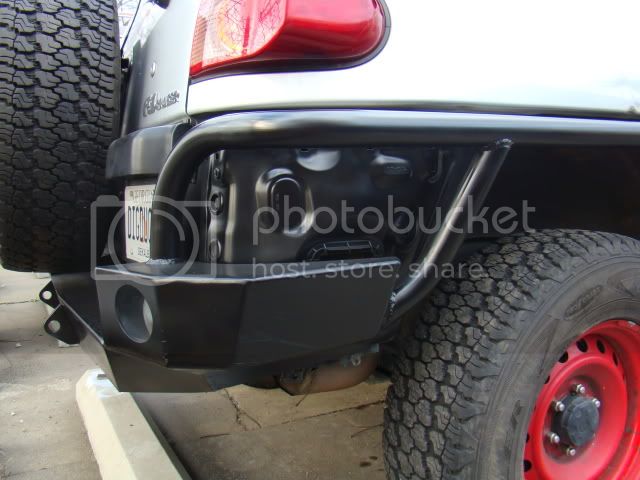 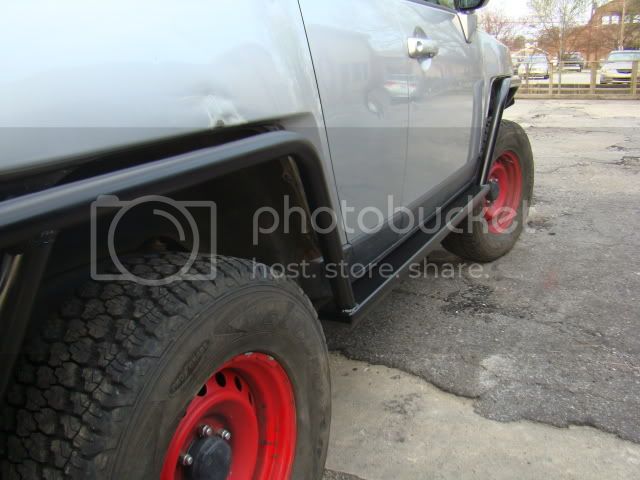 SWEEEEETTT! I couldn't wait to look at the pics - I skipped all the text!!!

Rick those are looking really good. I plan on something similiar to the 62 down the road.

Steve, you could have used those last summer at glutches.

jleeFJ62 said:
Steve, you could have used those last summer at glutches.

Those look awesome Rick.... I would love something similiar on the 80 it would make wheeling it a little less nerve racking knowing I wasn't going to crunch the quarters in

Congrats. They look nice. I did something somewhat similar on my BJ70 last fall, but your design is lower key (i.e., you may not as many strange looks in traffic). 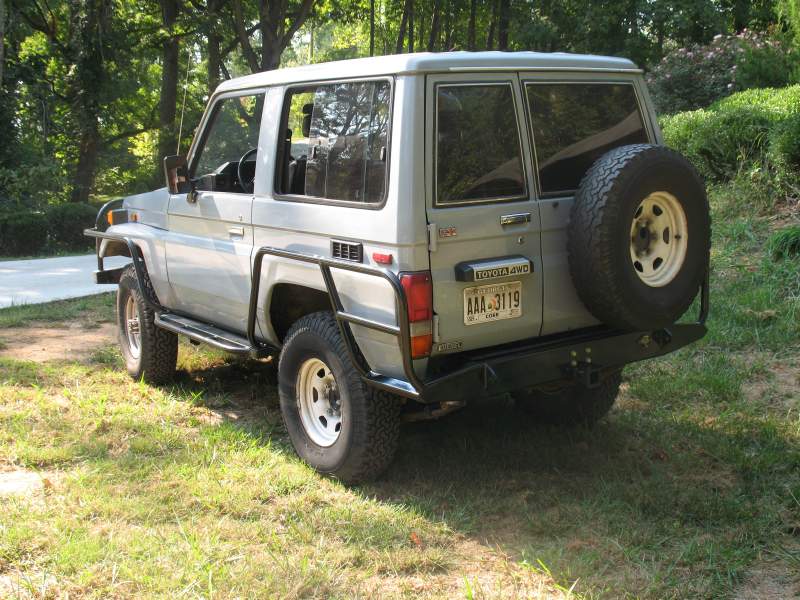 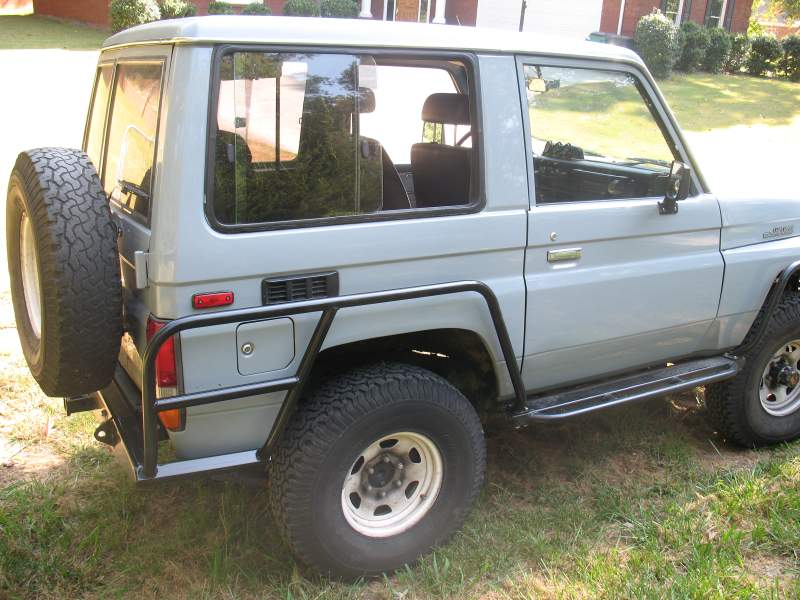 I may have to put that on my to-do list for the build process.

Those look great, it's what I wanted to do for my Bonnie. But now that the 1/4 panels are both concave I don't know if it's worth it.
I wonder if that would have precluded my 1/4 panel damage? We'll have to do a side-by-side.
b

Awesome work. Look great and they should hold up pretty well too.
You must log in or register to reply here.