I have had the luck of having to cotnact both of these companies for various reasons. Engn Builder because the water pump I bought was fautly and 12voltguy because I melted one of the wires he sent me when I ordered my dual battery and dual winch incabe control. Both of these companies are great to deal with! Engn Builder responded early in the morning to me about the water pump and told me who to email to get a new one on the way. And by early I mean before 6 am pst. Now, don't get me wrong Engn Builders stuff is not short on quality. If you buy from them you'll be happy with their high quality engine parts. I just happened to get one that slipped buy QC. 12VoltGuy, he responded to me within 45 minutes of me sending him an email when I was confused about how to wire in my dual winches and battery. He helped me with my custom order and even worked really hard to get everything on to the ashtray switch panel I ordered from him and his work is also very high quality. I would buy from him in a heart beat again. But once again I wasn't paying any attention ad put the wire to close to the exhaust (my fault the wire doesn't work anymore) and I asked him how much a new cable would be, and not only did he go longer for me since my truck is an extended cab but he's sending it for free even though I told him it was my fault. All in all these are two companies that I would suggest that if you ever need high quality craftsmenship and engine parts and want good service if there's an issue to go to. They are awesome to deal with.

Well, this is technically Chat, but over there it will probably end up in a pissing contest. Jarod, I'm inclined to leave it here. These are two upstanding fellas who have been good resources.

Mudder said:
I can always turn it into tech of anyone has questions about the dual battery setup and winch controls
Click to expand...

Yes, please do. I'm hoping there is a 2nd battery in my near future.

What all would you like to know KLF? Where I mounted the 2nd battery and how to hook it all up?

The 12voltguy dual battery was as simple as it can get. First it came pre wired and with a good diagram as to what goes to where. First I mounted the 200A solenoid on to the drivers wheel well. Then I ran the hot battery cable from the terminal labeled battery two to my AGM battery sitting on its side in the compartment behind the driver’s seat, no it doesn't move at all even when off roading. Next I hooked up the dual battery inside the cab and ran the wires labeled trigger and ground to the solenoid. After that I went to the main battery, the wire was about a foot to short so I went and bought a 48” cable from my local auto parts store. I then grounded the 2nd battery to the frame by running out of the cab through a hole with a grommet in it. I then ran the two hot wires one for the dual battery setup and the other for the winch controls to my cigarette lighter. The way it works is you have three modes, mode one is with the toggle switch in the up position where both batteries are being charged and running. Then middle position where battery one is being charged and battery two is isolated, then mode three. Probably the mode I love the most, emergency self jump start. This mode is nice to have for when you want to play music at a bonfire or your truck is off and you’re using the lights. You put the toggle switch into the middle position and then you oly kill one battery and can still start up and go. I'll post pictures of the insides when I pull it apart to run my incab controls for my rear winch. I also have attached pictures of my front winch with warn spot lamps and will post a picture of the rear winch all hooked up with close ups once it's finished. 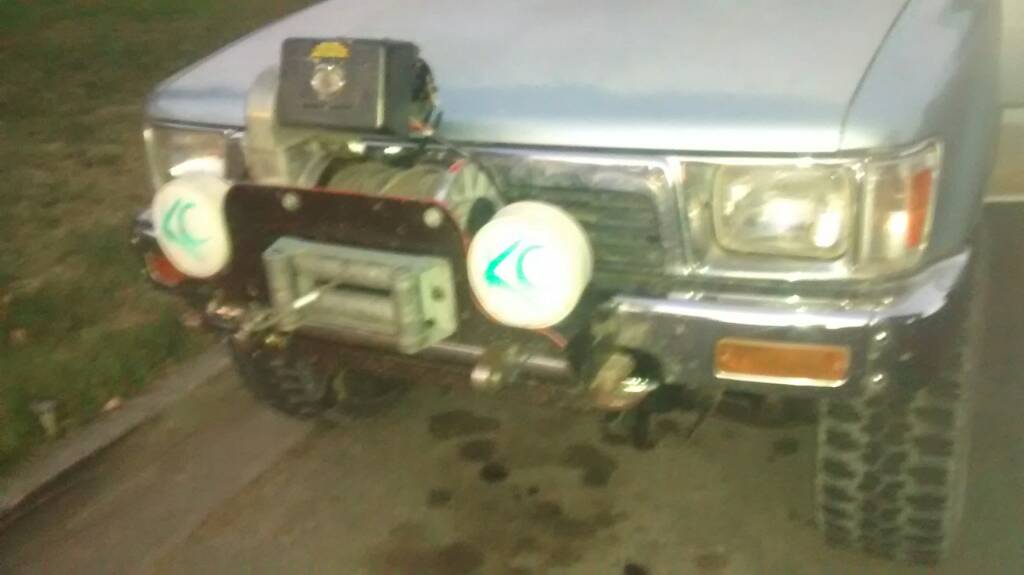 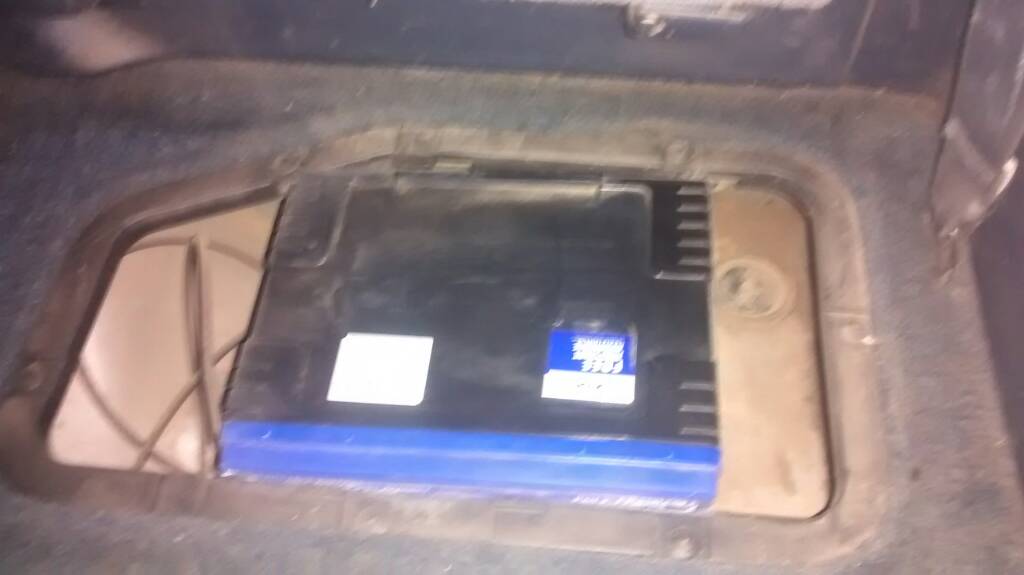 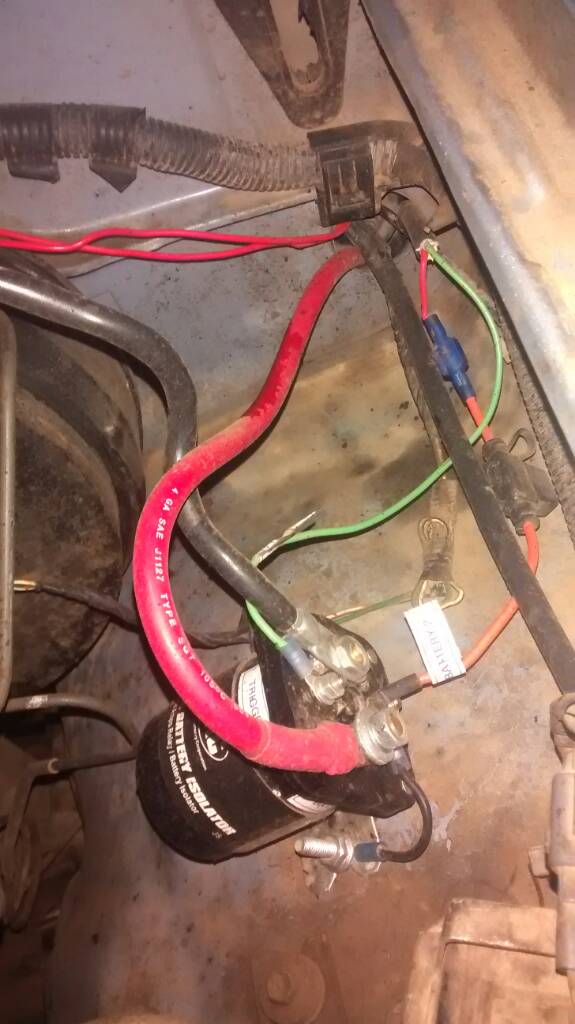 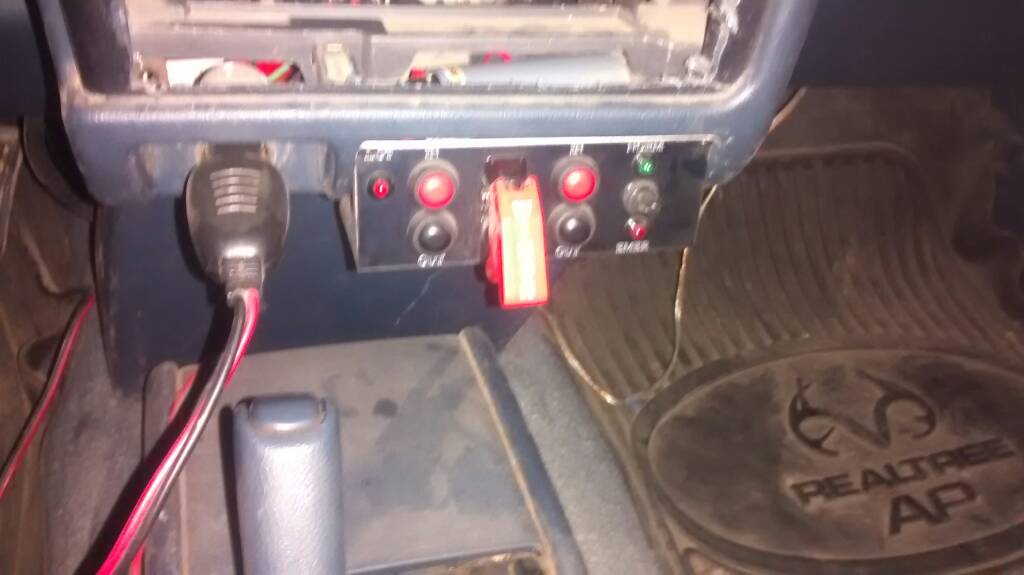 What to expect to pay for an 84 long bed?