Update - I now have one of the current repros in hand, and I need to make a correction. It does NOT have a white border, it is black all the way to the edges as it should be. It is—however—quite a bit smaller overall than the original, with too much black padding proportionally. It is over 1/2" too short in length, and 5/16" too short in height. It would look a touch small on a freshly painted tub, and would not cover the original sticker area on a tub where you were replacing an original without paint. (I have edited the original post in this thread to reflect this new info.)

So I am still planning to proceed. I have interest indicated so far for about 25 pieces, so will increase the run to 30. Price for items shipped within the USA should come in right at $20 per, shipped. Overseas probably not a lot more, will figure that out once they are here.

Did overseas get bumper stickers? Aussies? Kiwis? Others?

HelloKitty65 said:
Did overseas get bumper stickers? Aussies? Kiwis? Others?
Click to expand...

I don’t know for certain. But at least one of the interested parties in this thread is in Oz, so it looks like they may have.

Getting close, test #3. Still a bit more tweaking I want to do, but it’s pretty close now. 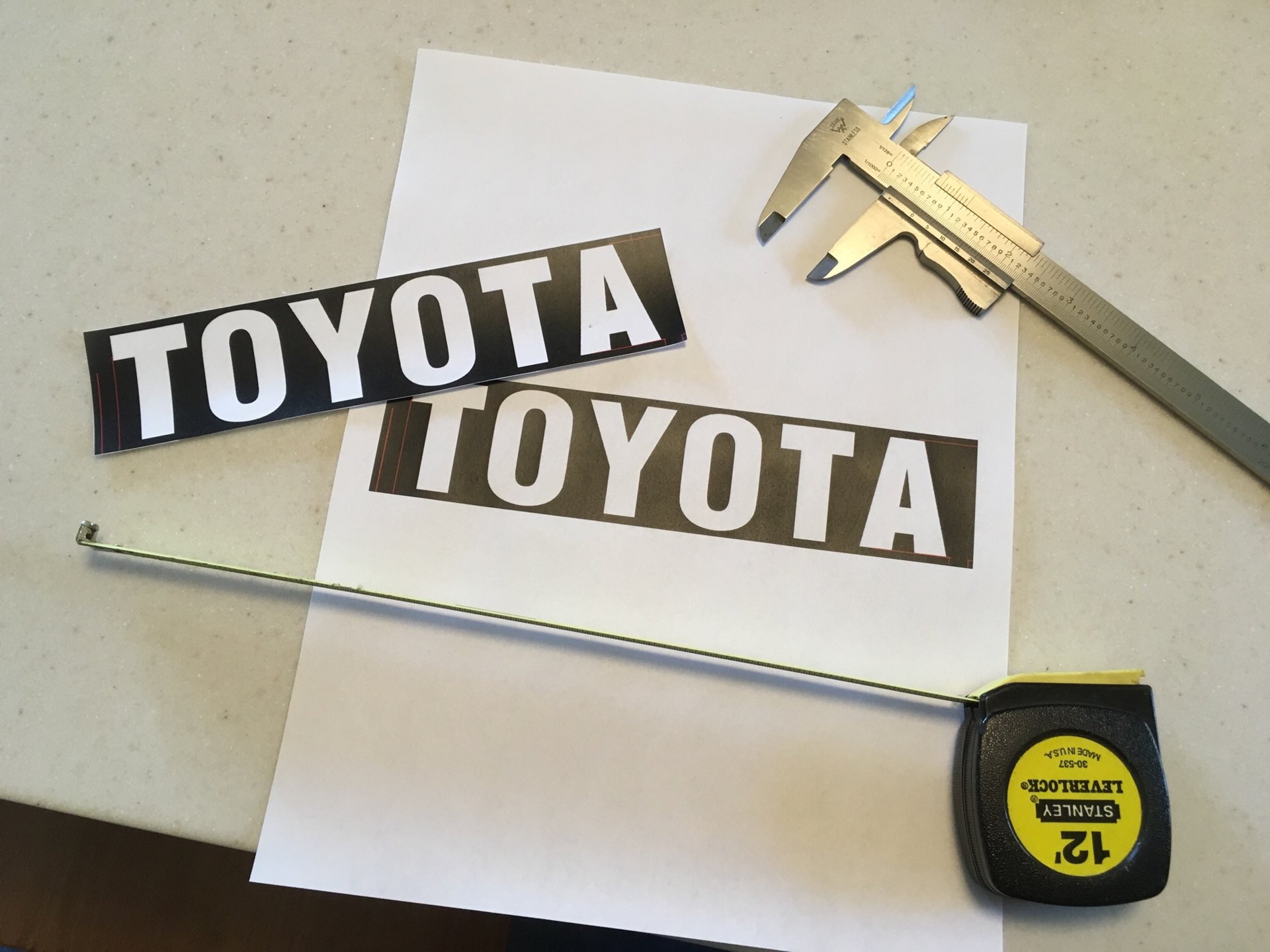 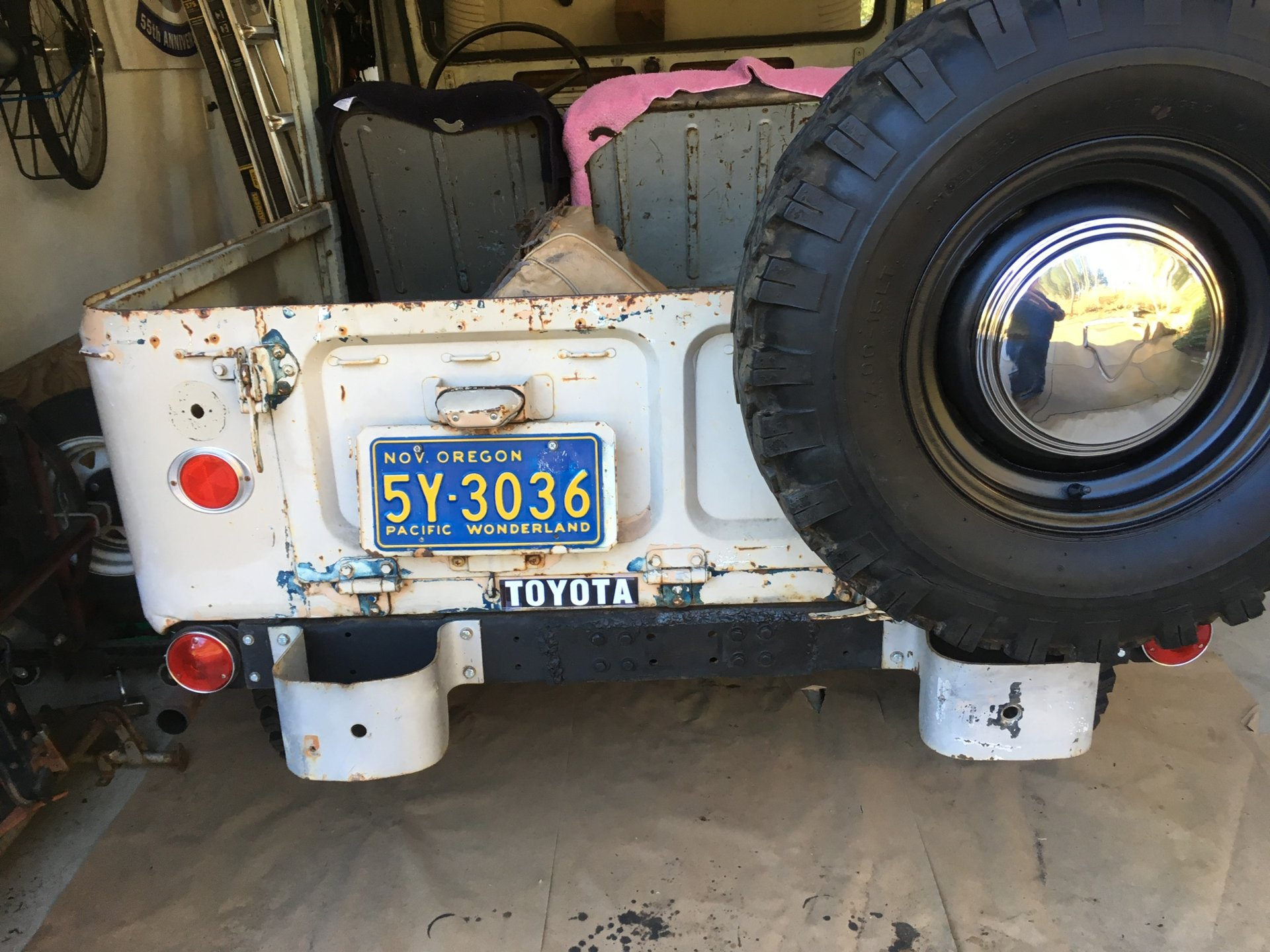 Update - The artwork is coming along nicely, I should have a fourth proof in hand in a few days. From what I've seen so far (a negative version on a computer screen), I don't expect it to need much if any adjustment.

Differences from the prior proofs (pictured above) are mostly in the font, or typeface and spacing. We've had to custom tweak the letters as no normal font we've found is correct for all the letters.

But a bigger deal is that (thanks to a question from @HelloKitty65 ) I have determined that the letters on the originals were reflective! I have confirmed this after stripping the several coats of paint off the remains of mine. Definitely reflective.

This is a significant change in specification. But I didn't start this project to make something that is only sorta close, I wanted something for my own rig that is as close to original as I can make. So the base sticker material now needs to be reflective instead of basic white.

I do not know yet how much this will affect the cost per sticker, but I've already paid a chunk up front so the project will continue. I expect the price will have to go up a few dollars per sticker.

Will update this thread as soon as that is pinned down.
Last edited: Apr 11, 2018

Final proof arrived, and I plan to approve this one and move into production on the proper reflective background. Almost there now. 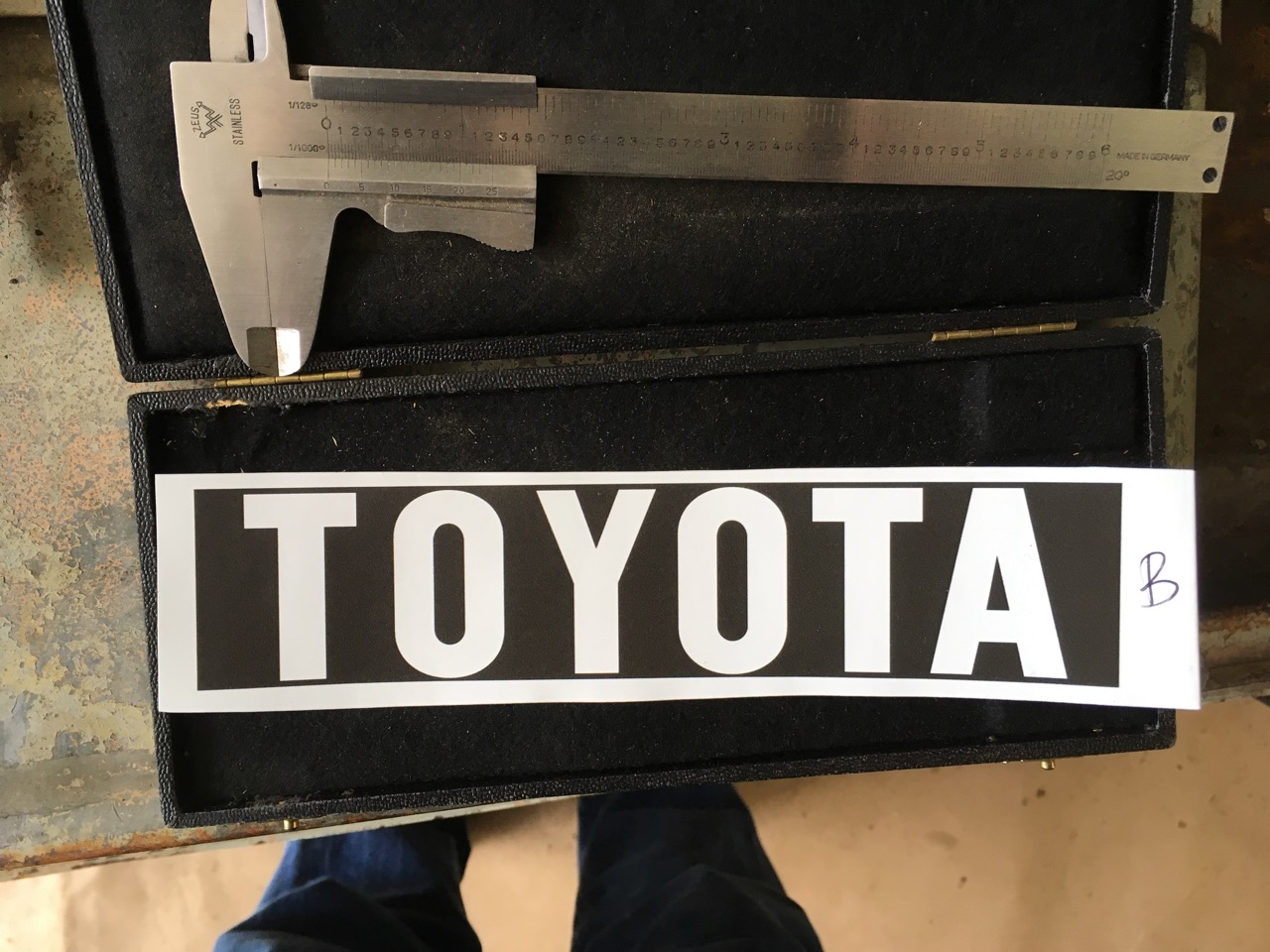 Looks like final cost on the properly reflective material will be $25 $26 for the first one shipped in the US. Small discount for additional stickers sent together. Overseas not much different, still finalizing.

Will be moving sales to a new thread in the Small Business area very soon, will link to that as soon as it is up.
Last edited: Apr 18, 2018

Quick FYI -- Demand for these has has been about half of what was expressed in this thread. Therefore, there probably will NOT be a second run, I am still in the red on this first batch.

If any are still interested, please go to the sale thread ( Repro Toyota stickers for FJ40 (45?) rear sill, ‘64-66 or so ) and order while they are still available. 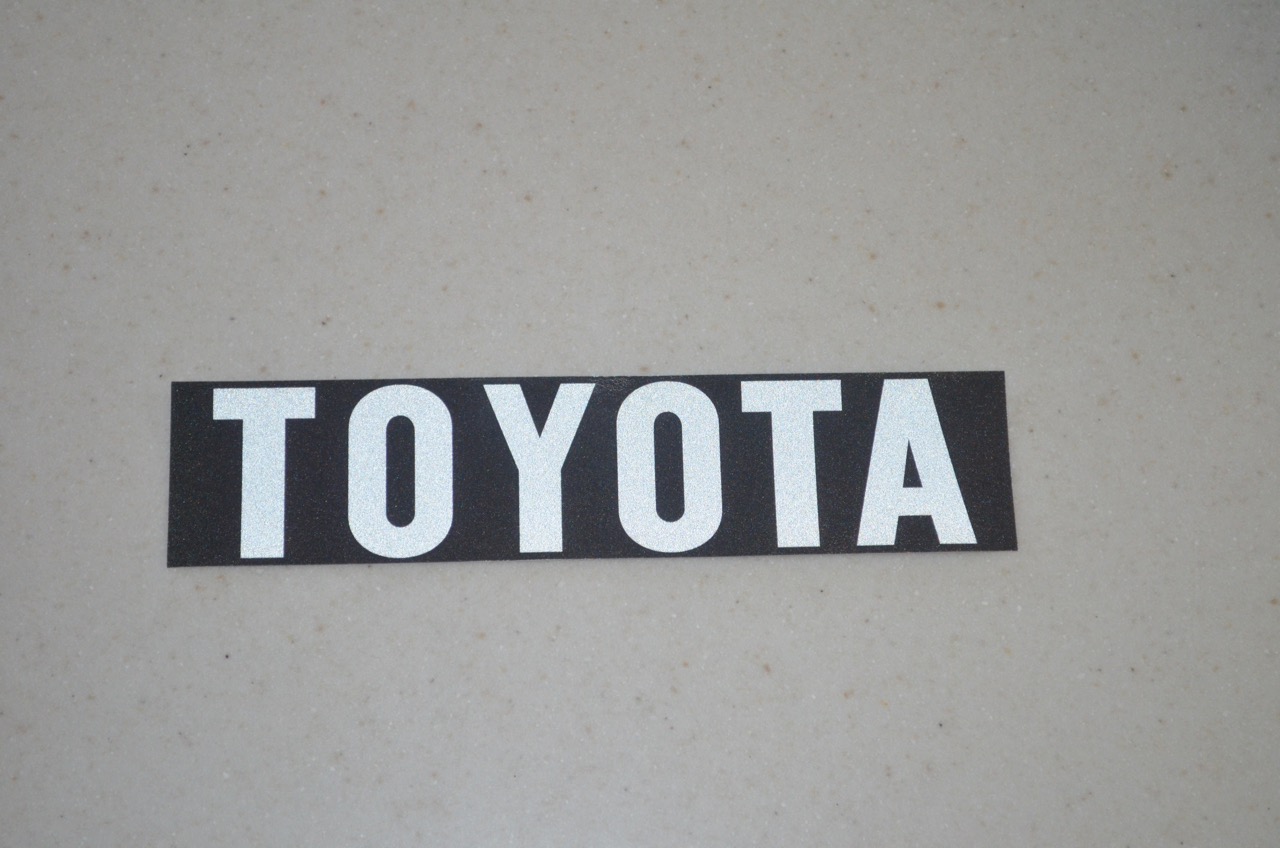 Just 4 left now, check out the sales thread and get one while they are still available. It will require a significant pre-paid order for me to consider another batch.
Last edited: Jun 12, 2018

All sold and delivered now. Not looking to do another production run, unless most are pre-sold.

If anyone has an extra sticker they would not mind letting go of i will buy it. I didn't have a need when this production ran before. Send me a pm if you do.
Thanks

There has been some renewed interest in these, and I only need a few more stickers ordered to have a second small batch made.

Small price change. Prices would be $25 per sticker, plus $2 shipping for up to 4 stickers.

2 pending, 5 still available.
You must log in or register to reply here.