I ran into this classic beaty, white, modular wheels, big ass cb antenna and of course the requisite chain steering wheel. I think he entered a time warp and plopped onto the 10 fwy last Friday. I am pretty sure he was wearing polyester too.

I got a laugh out of it so I thought I would share. 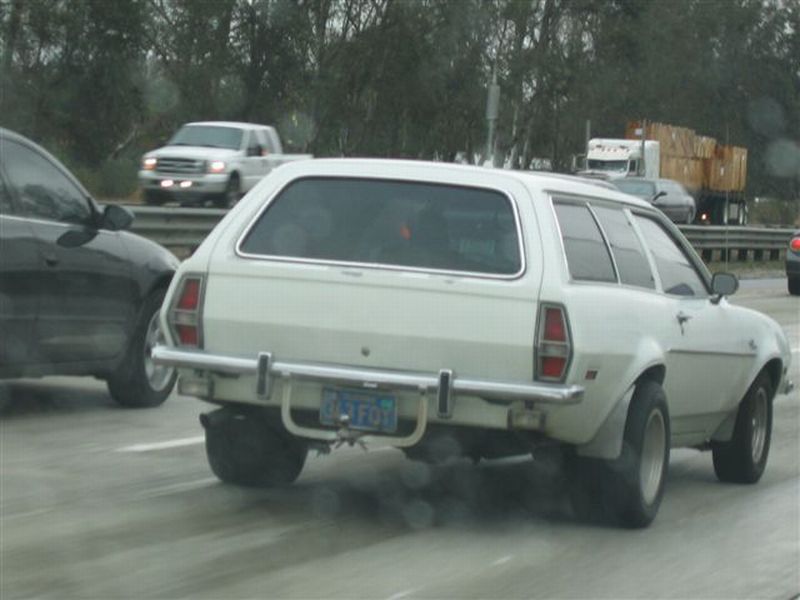 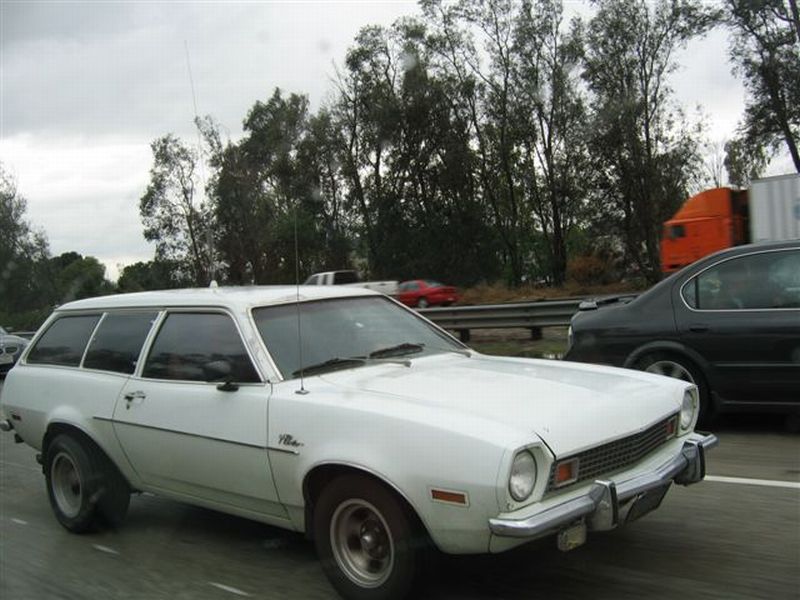 By the way, is that the Fontana area?
Dave and Yoshi [Ki6LBB]
www.adventureduo.com
'97 Toyota Landcruiser FZJ80 Collectors Edition

SOCALFJ said:
By the way, is that the Fontana area?
Click to expand...


By the number of semi trucks and the landscape I was thinking the same thing. It looks like that stretch with all of the HDT dealers nearby.
1981 MiniTruck - Lift, Lockers and Marlin dual cases.
1995 FZJ80 w/lockers, Hanna Sliders, J's, Monroes, 315s, and some much needed Slee Caster Plates. - SOLD

yeah, we call that Fontucky.

You know.... where they invented the tooth brush?

.
.
.
.
.
.
.
.
.
Cause if they invented it anywhere else it would have been called a Teethbrush ba dump bump!
Dave and Yoshi [Ki6LBB]
www.adventureduo.com
'97 Toyota Landcruiser FZJ80 Collectors Edition

a couple pairs of pink panties...

Another convert to the Church of Latter Day Swank, a sub-cult of Shahrislam
"...Opportunity doesn't knock, you have to kick the f***in door in and drag the bitch out screamin." -- Ullr
"I have more respect for people who change their views after acquiring new information than for those who cling to views they held thirty years ago. The world changes. Ideologues and zealots don't." - Michael Crichton
S

For those of you that don't know about Fontucky, you'll probably never see a town like it again. It's being inundated by yuppies now, but when I was growing up in the 909, it was...well, lemme give you a quick rundown.

The motto of Fontana is "Fontana...hey, at least we're not Muscoy."

The official flower of Fontana is an Empty Baggy of Crystal Meth Stuck to a Tumbleweed.

Fontana was once home to the KKK's west coast stronghold, as well as White Aryan Resistance and the RAHOWA (Racial Holy War) Movement. Although the rallies and road blocks have stopped (for the most part), the racists forgot to leave. Only place in America that I've seen a flag pole and a proudly displayed swastika flag in the front yard of a home...in a predominantly black neighborhood.

Fontana is a Dorothea Lange picture come to life. I once saw an old black man, covered in dust, wearing dirty engineer's overalls, tattered work boots, a gingham check shirt, and a newsboy hat, leaning against the porch of a wood slat liquor and general store with a dirt parking lot. That was like two weeks ago.

Somewhere in Fontana, right now, there is a black man with a Fu Manchu moustache and a long, braided ponytail, riding a Harley chopper with ape bars and a confederate flag painted on the gas tank, doing 80mph down a residential street, drinking a tall boy, with no helmet on and a Colt 1911 .45 caliber pistol showing out of the back of his pants. He is on his way to a seedy dive bar to score some meth and shoot the guy who banged his fourteen year old girlfriend last week. On his way back to his trailer, he will be stopped by police, who will shake him down and take his meth, then let him go. The police will snort the meth, then pay a visit to their favorite fourteen year old hooker.

Was out there on Tuesday.
had lunch at a mexican restaurant, they were playing hip hop.

Sweet pinto though, he could fix it up and drop a 327 in it bored out with a blower and zoomies, that would be rad.
Pablo

Get a bigger hammer..

I can remember a drivers ed movie where it showed this guy buying a Pinto over a Dodge Challenger because it was more senseable....

Yeah as you all figured out it was indeed Fontucky. Good one dave.

Slomo said:
Yeah as you all figured out it was indeed Fontucky. Good one dave.
Click to expand...

For some reason i have a gift when it comes to guessing location of photos. I get it right 98% of the time.
Dave and Yoshi [Ki6LBB]
www.adventureduo.com
'97 Toyota Landcruiser FZJ80 Collectors Edition

Probably because you were there 98% of the time. You everywhere traveler.

Mo, I can't believe that you drove your cruiser that close to a Pinto!

Not only will you never get that smell out, but that thing could have detonated!

Holy Cow.....Get ready for this.. My first car was a 79 Monza Station Wagon..Learned to drive in it and drove it through High School. I was peeved all the time, becuase people thought it was a Vega,,,and some times a PINTO!!!!!!!! not to mention I had to pick up my date for the prom in it. Yikes. It had very powerfu Chevy v-6 in it.. If you can believe this, I drove it over Saddleback so it was my early inspiration for 4 wheel drive vehicles..
John

OLDGOAT said:
Mo, I can't believe that you drove your cruiser that close to a Pinto!

Not only will you never get that smell out, but that thing could have detonated!
Click to expand...


Thankfully we were in the wifes Heep, no real danger to mine.
Mo

I can't believe I forgot to post up my classic last week.

My Girls brother-in-law has nothing on this guy...

I was trying to get behind him to salute

Oh my god that is classic. Looks like he drove through Pep Boys with a magnet. You gotta love the "Style".
Mo

if those pipes were actually plumbed and functional, add 5 points to the score, but are those chrome flames across the top air foil?

if that's actually stainless glued on his rig, he's got some serious value at a recycler...a buck a pound.

you should see the swap meet here in Ventura on the weekends. I gotta take my camera next time. you gotta love the back of the cars with 23 reflectors bolted on and the limo antenna's from back in the day.
Pablo