After much deliberation, consultation and likely ignoring some good advise from that consultation I've decided to part with my 70. A work related transfer to a remote location has necessitated a change in the fleet. I've decided to keep the FZJ80 as the toy and part with the 70 in order to purchase a more fuel efficient vehicle for the minister of finance (wife). It seems the 70 is too primitive, high and full of testosterone for the misses despite the reasonable fuel milage it gets. Here it goes with the description of the truck.

The Body, 99% rust free, original paint, no bondo. I know, 99% rust free Canadian truck? Does it come with a load of Canadian coconuts too? How I can claim this is the tub and majority of the body panels are off a JDM import I converted to LHD. So you are still right there is no such thing as a 99% rust free Canadian truck, except this one. It's not a show truck as there are a few poorly touched up rock chips with evidence of surface rust where the paint was chipped and some small dings and scratches. The paint on the tops of the doors is worn thin from 25 odd years of an arm hanging out the window. It is, however, as solid a 70 as you will find with no surprises from shady body work. The glass is all good with no chips. I want to be completely transparent and represent this truck as accurately as possible. Should some one decide to travel great distances to see it I wont be added to anyones hit list. I've been there, driven hours to buy a "cherry" 340 Dodge Demon only to find a pizza box jammed in the inner quarter panel as backing board for a pound of bondo.

The Frame, 100% solid rust free inside and out.

The Engine A great running 3B diesel, new glow plugs, new motor mounts, new exhaust and passes air care every time with flying colors. The engine was in the Canadian BJ70 project truck. The odometer reads 370,000Km 229,000 Miles, I have no idea if it's been rebuilt or not, I can say it's an extremely reliable engine. The 3B's go on for ever and are easily turbocharger if one is so inclined. I'd drive to to Mexico tomorrow.

The electrics 1985 was the only year the Canadian trucks came as 12 Volt and this one is just that, 100% 12 volt! No splicing, hacking or cutting the complete plug and play 12 Volt harness was used. No hunting for hard to find 24 volt parts and bulbs. It has new dual 1050 CCA batteries, one of which runs the winch.

The modifications, It comes with an ARB bumper and Warn 8274 winch. 33"x 10 1/2" BFG M/T KM's with 90% tread left on them. All riding atop of a 3" Keep Slant Lift from Japan, which I like way better than the Belton kit I had. The interior comes with a JVC KD-AR300 CD deck, Kenwood amp, 4" 80 Watt Alpine speaker in the dash, 6" 80 Watt Alpine speaker in the doors and room for four more speakers on the amp if you like it loud. The roof rack, high lift jack and four hockey pucks (Canadian eh!) holding it up come with. The centre console is the factory unit with the rear heater built in.

The bad The high beam switch needs repairing, it works if you pull it back but won't stay on in the forward position. The oil pressure gauge is hooped, I put the contacts on wrong when I was re assembling it and pegged the gauge. You are more than welcome to take it in and have the oil pressure tested along with the compression I have complete faith in the motor. The window tracks for the rear sliding windows are like every pre 1989 set, starting to rust. These are replaceable with the stainless steel post 1989 part.

throw ins I'll throw in a set of OEM suspension seat bases and a bunch of spare parts "brake master and booster, heater cores, a complete extra set of tail and marker lights along with a bunch of other stuff" I'll also toss in the front extra long axle shaft for an E-locker.

Where and how much The truck is in Abbotsford B.C. Canada, until the first week of July anyway then you will need a dog sled to come get it (complete exaggeration) but I am moving soon. I've consulted a few reputable, knowledgeable people and have priced is thousands less than their recommendations as I have precious little time to sell this and buy a wife-mobile before the move. I'm asking $15,000 for it or nearest offer. I think its fair, where else are you going to find a LHD, 12 Volt Canadian 70 in this shape.

Trades I'm addressing this as the last gem I sold, I was offered everything from Harley's to hearse's. The ONLY trade I'd consider is a Subaru wagon out back of equal value .... yes thats what the wife want's Happy wife = Happy life. 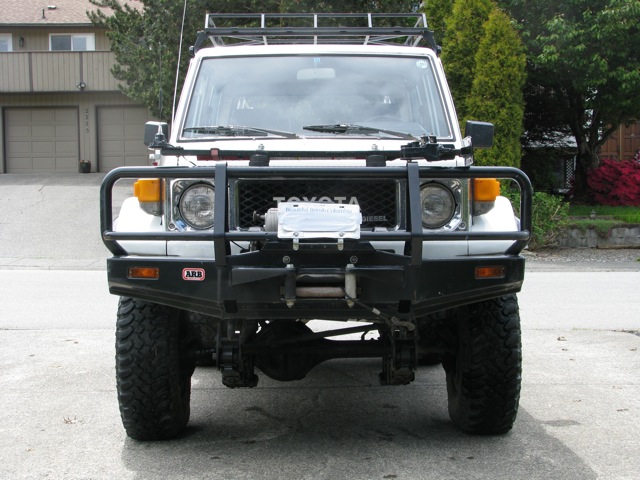 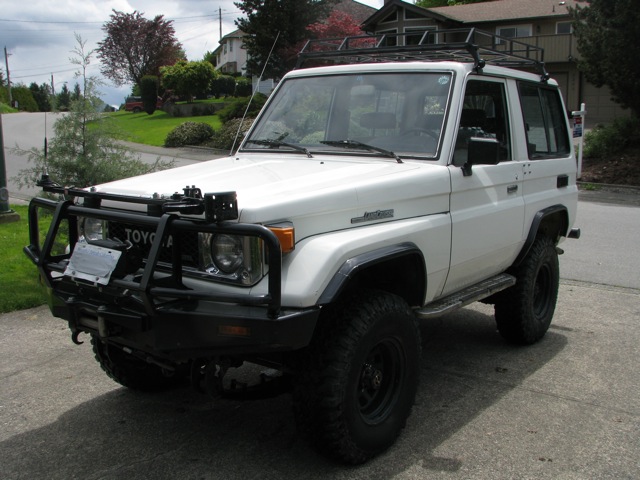 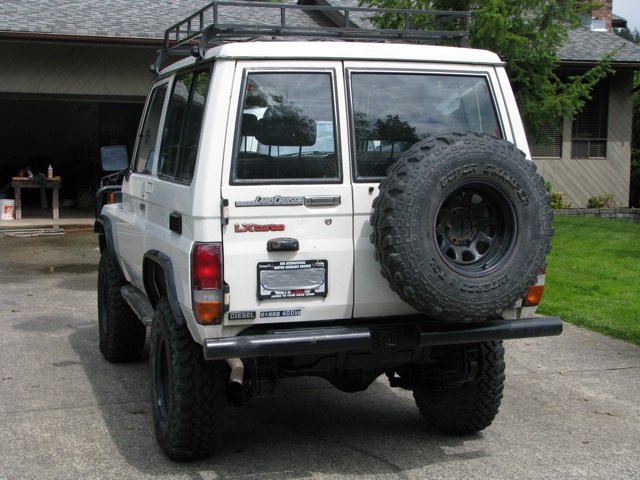 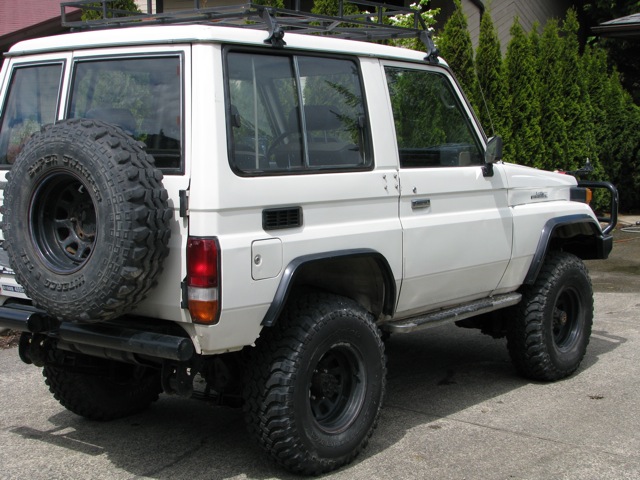 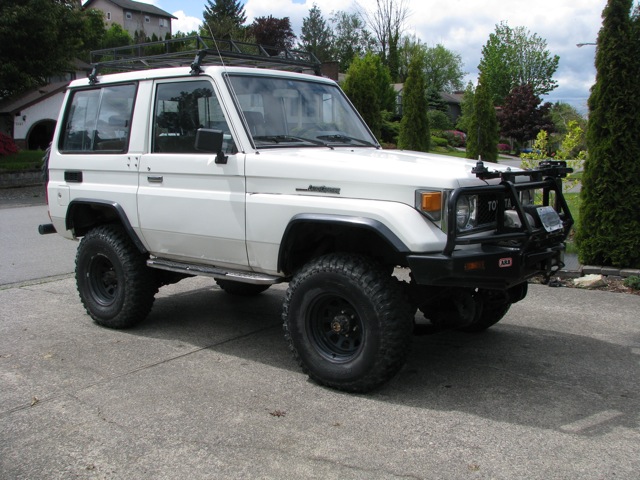 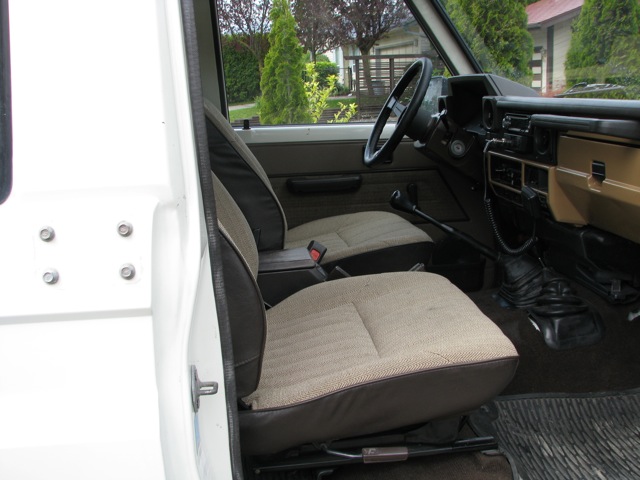 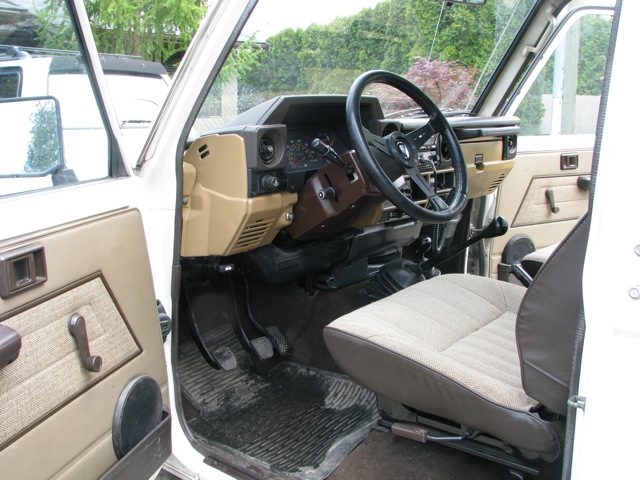 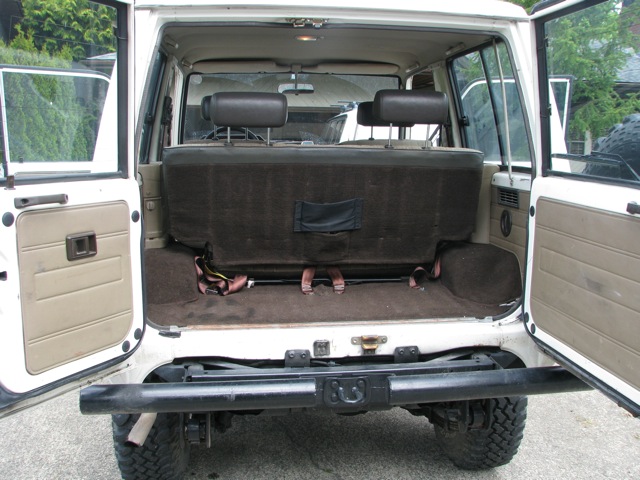 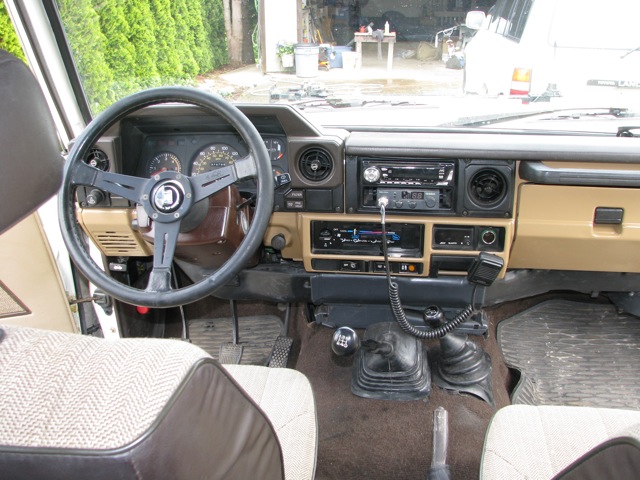 The under belly, I'll take a few more of the rust free wheel wells. You can see the rust proofing from inside the panels creeping out of the seems. I sprayed the hell out of it. 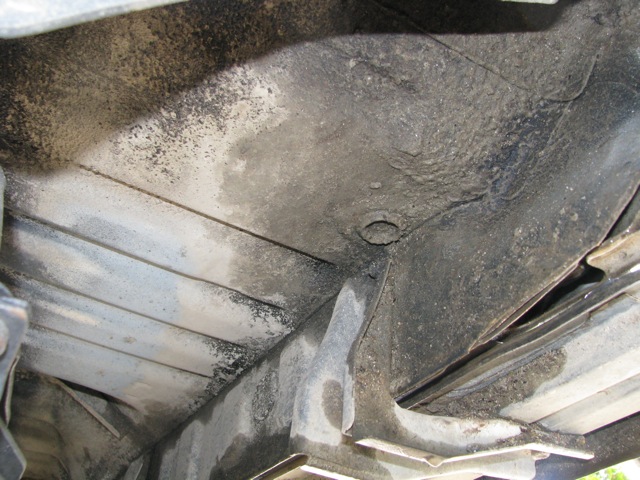 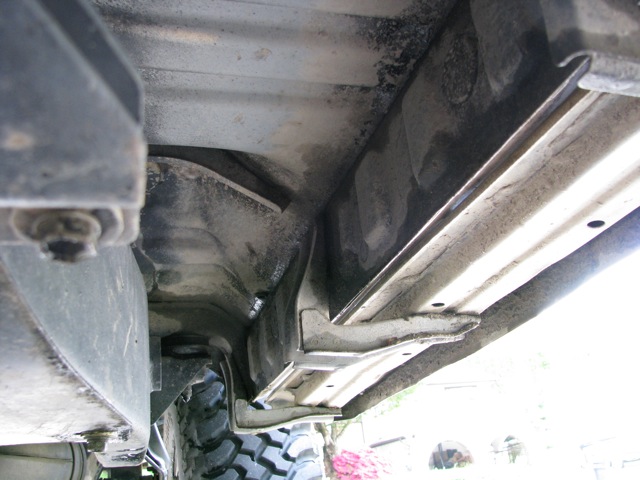 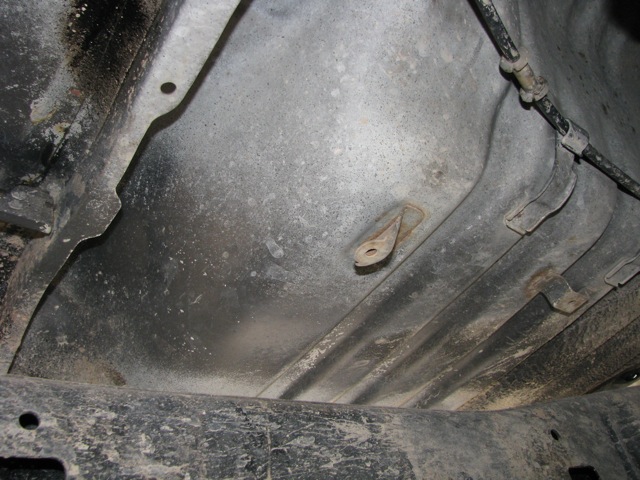 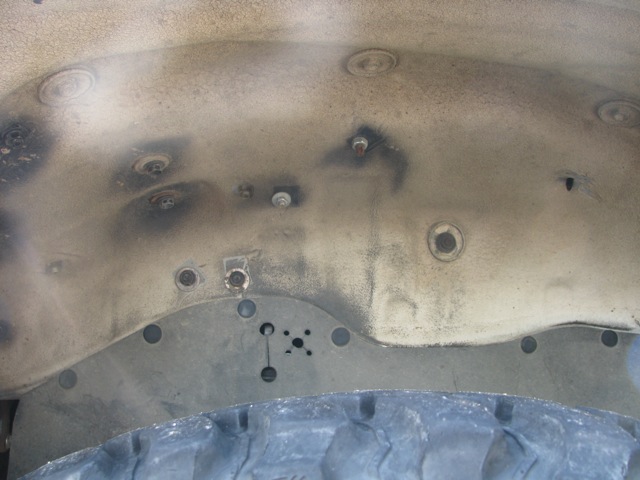 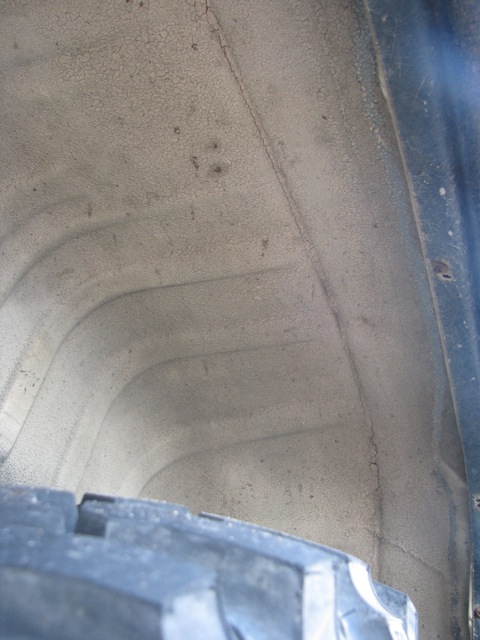 One word - Beautiful! If only I had the money. Best of luck with the sale.

good price
we are all given sh*t in life,
but some of us learn to turn it into fertilizer and grow from it,
and some us try to fling it on others like monkeys. ​

Really nice and clean. It's hard to find them in this condition. Good luck with the sale!

What are the 4 bolts under each B pillar?

How would this work n Tucson as a daily driver? My '89 FJ62 was totaled this AM and I'm looking to replace it. I dont mind going to the manual from the auto as the commute to work isnt bad. Some use as a grocery getter so rear interior pics would be great.

db2nsoaz said:
How would this work n Tucson as a daily driver? My '89 FJ62 was totaled this AM and I'm looking to replace it. I dont mind going to the manual from the auto as the commute to work isnt bad. Some use as a grocery getter so rear interior pics would be great.


I get about 550 Km out of a tank. The street manners are fine and it will hum along at 65 - 70 Mph in fifth gear at about 2300 Rpm. The Canadian A/C (roll down windows work great). None of the Canadian 70's came with A/C but lots of the JDM ones did. G&S cruisers would be the guys to talk to about A/C components. I believe if it's 25 years old it's importable into the USA. Much different rules from South to North

Almost forgot the boiler room. Totally stock BJ70 engine compartment save for my fabricated oversized battery trays and a four core rad. The ford starter relay on the LH battery is a relay "Wilson switch" which I recently learned was invented by Kerin Wilson (a toyota mechanic) and coined by Greg B. Now you know! 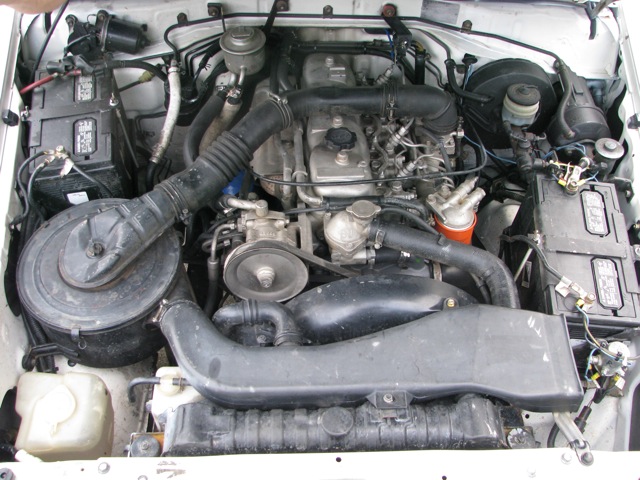 add a turbo and the 3B becomes a nice highway engine but with the gearing you will want to keep it to a 70 mph max.
AC can be sourced from Mike at westcoast cruisers or Dave at Japan 4X4. Factory AC is not cheap but works quite well.

there are many individuals that use a 3B as a DD.
we are all given sh*t in life,
but some of us learn to turn it into fertilizer and grow from it,
and some us try to fling it on others like monkeys. ​


Not too far North but as far east as you can go in B.C. Kootenays, here I come. I'll still be within three hours of a major centre but the market is much bigger here. The issue being the wife's family will be a three hour drive away and we will likely be making the trip on a regular basis, the 80 will kill my wallet with the millage. Montana and southern Alberta just don't have the population or market of the Wet Coast. They do have a healthy population of Gerrard Rainbow Trout (largest species in the world) and Bull trout. I can't wait to get the switch out! My kids may get sick of wild game, Trout and kokanee but I won't 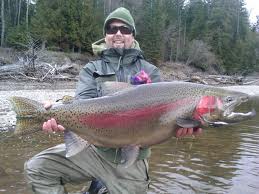 Oh man...a clean LHD 70 series in Canada. Wow. Waxoiled as well. Part of me wants to see this bought and stored away somewhere, or run in the south, where the lords of rust do not play. The other part says I hope someone local gets it and uses it daily. Either way...great rig, great price.