With all the new head units out these days, curious what you guys have replaced the old double din unit with? Recommendations on what you would install if you haven't yet. I just bent over at the dealer for a replacement antenna (again) so next up is a stereo.

I also read on mud somewhere about a wire harness adaptor for after market unit installs. Trying to find that thread again.
N

I just bought a generic cheap unit from ebay, direct from China. Here's the one I got: 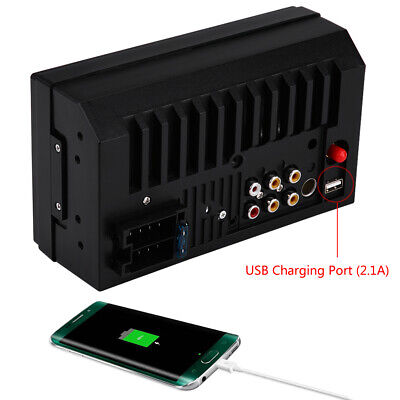 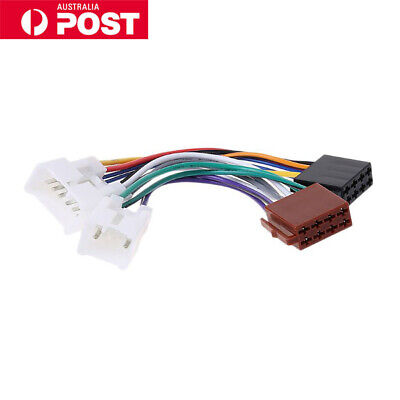 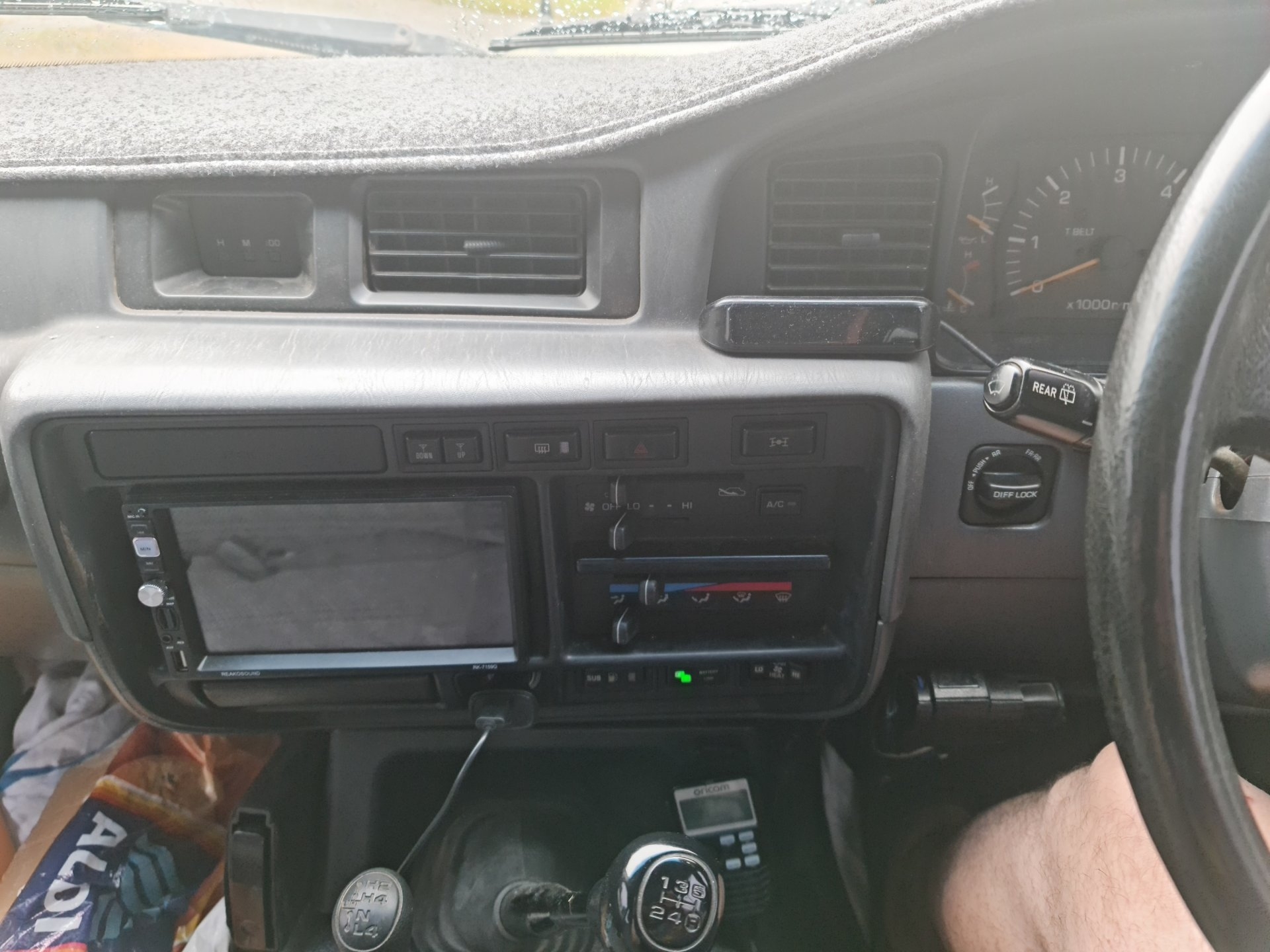 Gives me AM/FM radio, bluetooth from my phone, offline maps navigation (handy for remote places without cell signal, which are very common here in Australia), and it's hooked up to the reverse camera, which is the main reason I wanted a 2-din fullscreen unit like this. I hooked the camera up with that rear heater button you see on the bottom right. The "LO" position is "Auto", which means the camera will come on automatically (within 1s) as soon as I pop the car into reverse, and turn off when I go out of it. The "HI" position turns the camera on manually regardless of which gear I'm in, and center position is off. When I get a label maker which can print white on clear, I'll re-label the button.
N

Here's the same model I got, currently available on ebay for $84.48, free shipping to the US:

Find many great new & used options and get the best deals for 7'' 2 DIN Bluetooth Auto Multimedia Stereo MP5 Player GPS Navigation AM FM RDS at the best online prices at eBay! Free shipping for many products!
www.ebay.com
If you're after cheap and cheerful, I'd give this one a look.

I'm leaning towards cheap but I want a decent unit also. I don't want to entice anyone to break into my rig. These tweekers will steal anything!

I did a head unit install this weekend. I decided to go for a bigger screen 10.1 inch that has built in CarPlay/android auto as well as support for front and rear cameras. That was all I was looking for. Some of the android head units have too many features and without an internet connection don't give you much. I have an android unit in my other car and I just use it for CarPlay.

Happy to answer any questions. 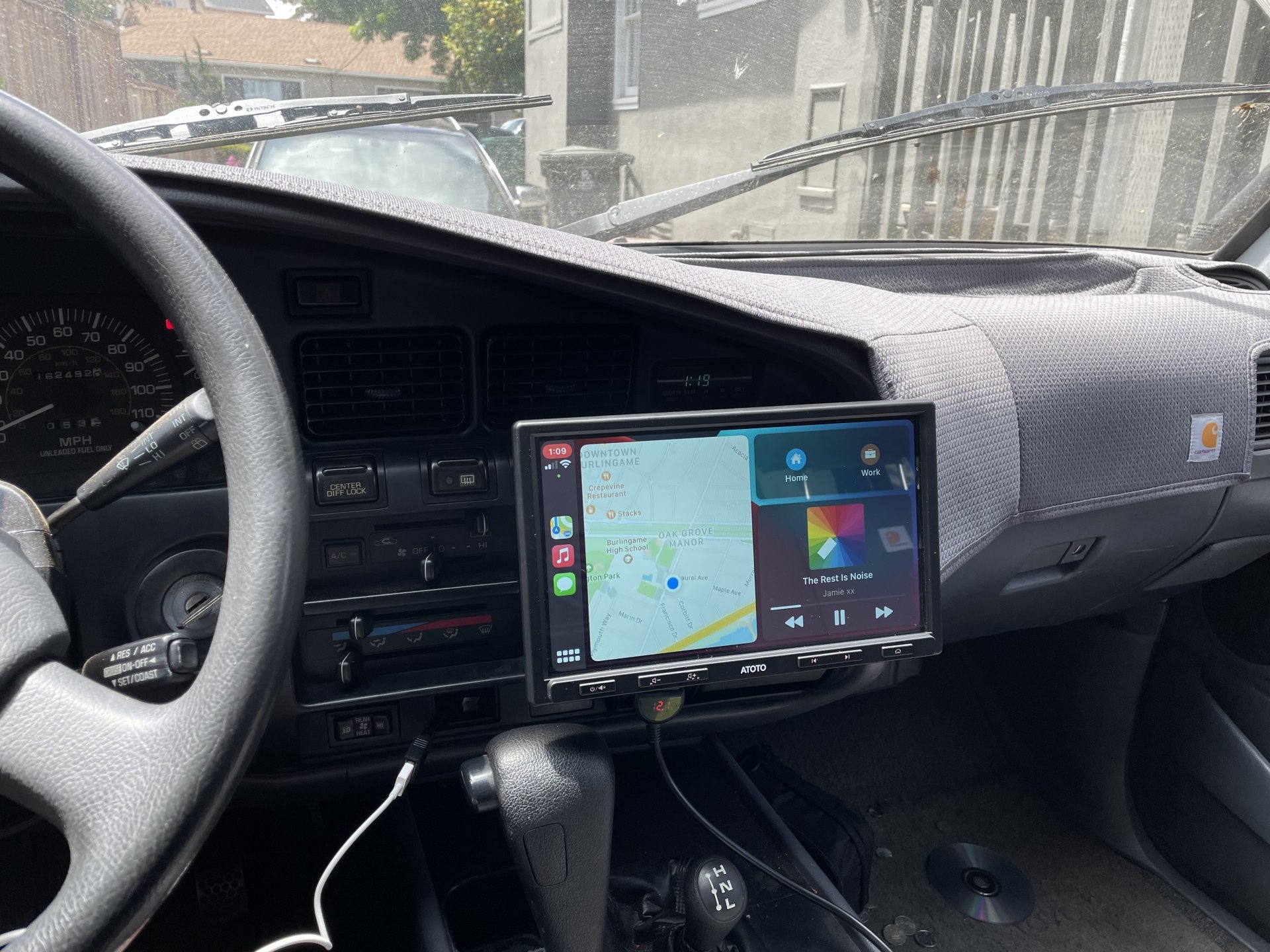 I didn't want a touch screen because I live in a neighborhood where people go through cars. Went with this: Kenwood DPX504BT CD receiver at Crutchfield - https://www.crutchfield.com/S-OXhjICpdacm/p_113DPX504B/Kenwood-DPX504BT.html

fj40crusher said:
With all the new head units out these days, curious what you guys have replaced the old double din unit with? Recommendations on what you would install if you haven't yet. I just bent over at the dealer for a replacement antenna (again) so next up is a stereo.

I also read on mud somewhere about a wire harness adaptor for after market unit installs. Trying to find that thread again.
Click to expand...

Several years ago, the LCD on my OEM radio/CD/cassette unit bit the dust. Oh everything else worked - I just couldn't see or verify what was playing or radio station was on. So I replaced it with an Eclipse head unit with a removable Tom Tom GPS unit: 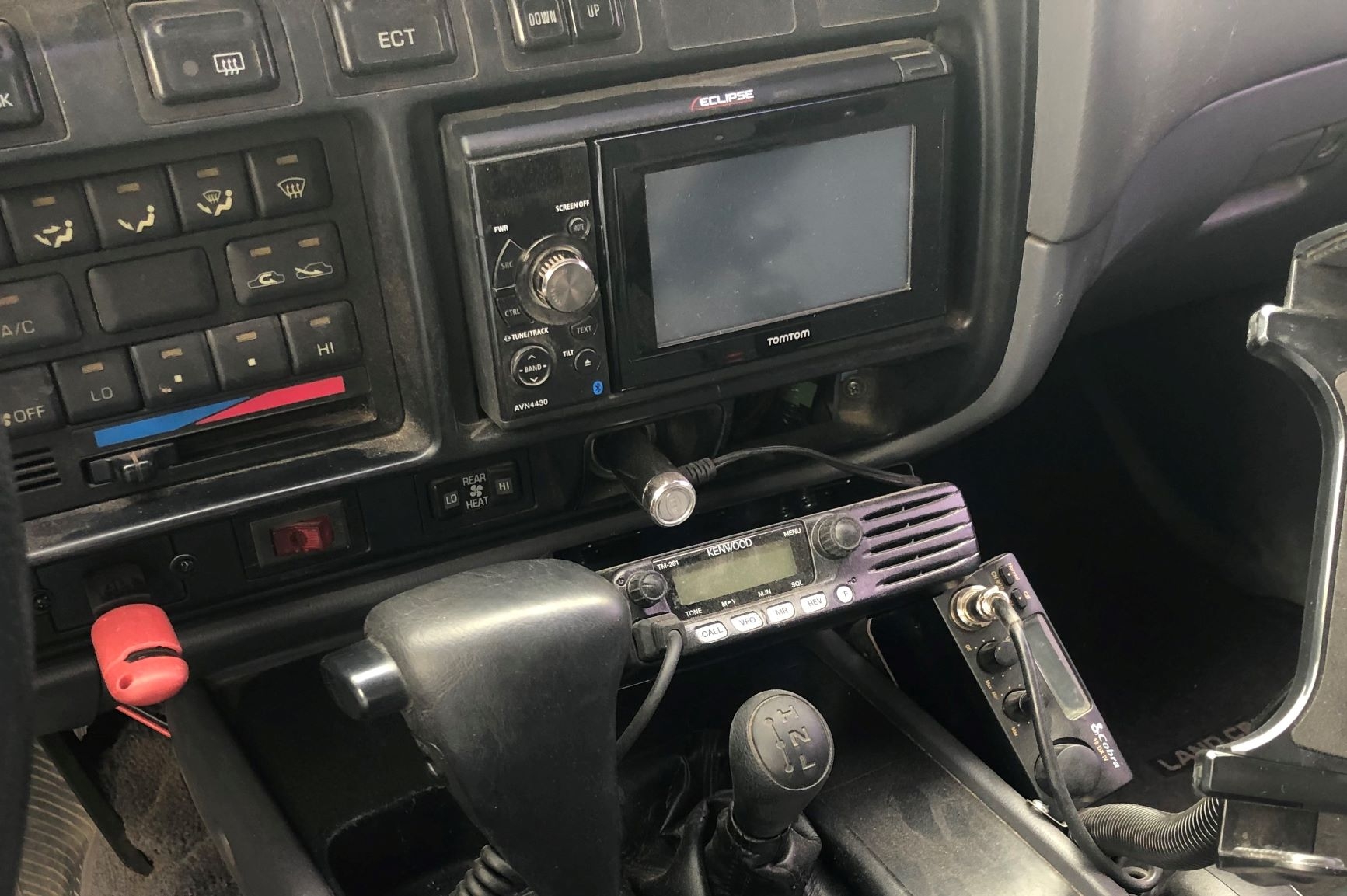 I mounted the USB connector so I could change thumb drives with one hand. Also remove the Tom Tom/display unit when the temp drops below freezing to help it last longer. But recently, I need to replace the radio/CD player in my 1998 Ford Ranger, that is also double Din - very similar to the 80, which is why your thread caught my interest. So, I've been wearing my eyes out looking on Amazon & Crutchfield the last week or so. I decided on a Boss BV9386NV unit for several reasons. The reviews on Amazon show that even the higher priced units($300-$600) have occasional problems and dissatisfied customers - so you just make the best pick that you can with the features that you want. Some of the newer ones have dropped the CD drive and I like having it as a back up, although CDs suck off road, due to the bouncing around. A larger screen would be nice for running Gaia if you're able to put the app on the head unit and run it on your phone. I run Gaia on my iPad and have a holder for it, but a large screen on a head unit would be better - for off road bouncing.
T

VivaToy said:
I didn't want a touch screen because I live in a neighborhood where people go through cars. Went with this: Kenwood DPX504BT CD receiver at Crutchfield - https://www.crutchfield.com/S-OXhjICpdacm/p_113DPX504B/Kenwood-DPX504BT.html
Click to expand...

While I like "dumb" headunits (especially in cars where the radio is mounted too low for the display to be useful for anything), the one thing I find REALLY annoying with newer units is the lack of input buttons. I.e. there's ONE button to cycle through ALL the various inputs. Which wouldn't be so bad if all you had was AM/FM/CD/Aux, but now you have, for example, AM/FM/CD/Aux/USB Front/USB Rear/Bluetooth/Memory Card/Satellite Radio/Pandora/Spotify/etc/etc. So, I often end up hitting input one too many times and then have to cycle through all the choices again. Any why my radio needs separate options for Pandora/Spotify/etc which just run through the phone, I have no idea. I haven't seen a replacement radio with direct button access to all those inputs, so I might end up replacing it with a simple touchscreen model just to have direct access icons.

That makes sense. I only ever use BT so it's never been an issue.
S

I recently installed an Alpine ILX-w650 with KTA 450 power pack. Great unit with Apple Airplay. Added a USB to one of the blank cut out on the dash (Next to the lighter). 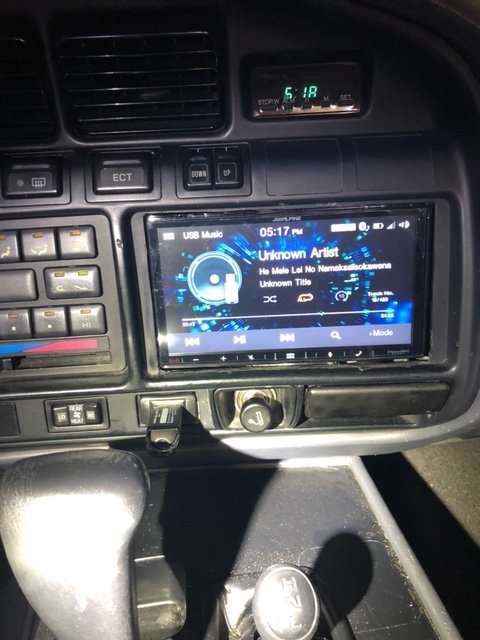 I've got an Alpine CDEw265BT which they don't sell new anymore. You can find used though on ebay. It's got modern features like bluetooth, USB and Ipod connectivity but is not touch screen (which I don't care for in these trucks) and allows you to adjust the lighting color to one that matches the factory green. I think it looks like it belongs... could just be me though. 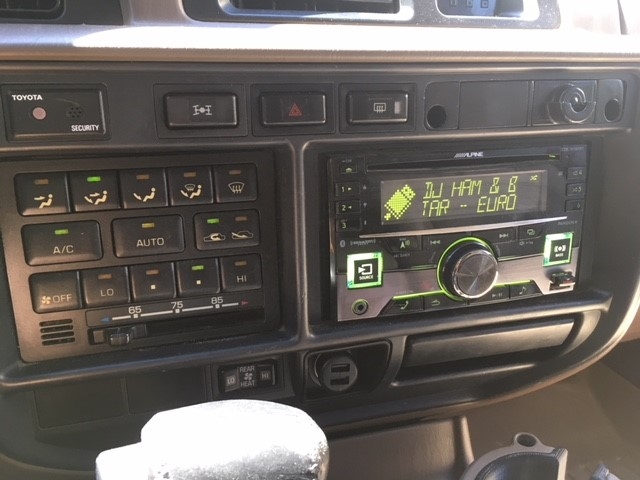