I recently purchased a 2011 LX570 with 77k miles and a clean Carfax (no accidents, 2 owner) in Fayetteville Arkansas, at Honda of Fayetteville sight unseen as I live in Tampa, FL. I requested a full 60k mile service be completed as I wanted to hit the reset button on all service and to ensure she would be ready for the drive back to Tampa. I also requested a full inspection (at their sister company - Toyota service across the street from Honda), when inspecting the car, the Toyota mechanic (previous Lexus mechanic) noticed that there was an oil leak from the front shocks and leaked down to the oil cooler and filter housing. On Monday, I requested to replace them, additionally on Wednesday I requested replacing the rears (although no leak) so they would all be new. While my wife and her friend were attempting to pick up the car on Saturday (tickets were purchased 2 weeks prior), they informed me that while the mechanic was putting the AHC Fluid back in the car after replacing the rears and it was not taking it, fluids were bled and it was slammed to the ground. They kept me well informed during the process as they were attempting to have the car ready for the long drive in the 11th hour, and told me that after some time the mechanic was able to push the AHC fluid through the lines and thought that perhaps there was buildup which needed to be flushed out. Everyone was overjoyed as we thought we had solved the issue; however, they called back and said that during the mechanic's test drive it did not take and the he was noticing a ticking noise, which he said was the AHC pump and that as soon as the car would be turned off the car would drop again and would not be suitable for driving (especially long distance). They assume there is an issue with the AHC pump and called the 2 closest Lexus dealers; one was closed on Saturday (service dept.) and the other had the part on backorder. As I was researching the forums (ClubLexus, & IH8MUD) I requested the mechanic do two things which seemed to solve the issue for previous owners.

2nd - Check the voltage of the battery to ensure it would be able to operate the pump (previously done during inspection, and redone upon my request)


As we all know the part is +2k plus labor, does anyone have any other suggestions that I can recommend to them to perform this week prior to purchasing a new ACH pump from Lexus? Thanks in advance! 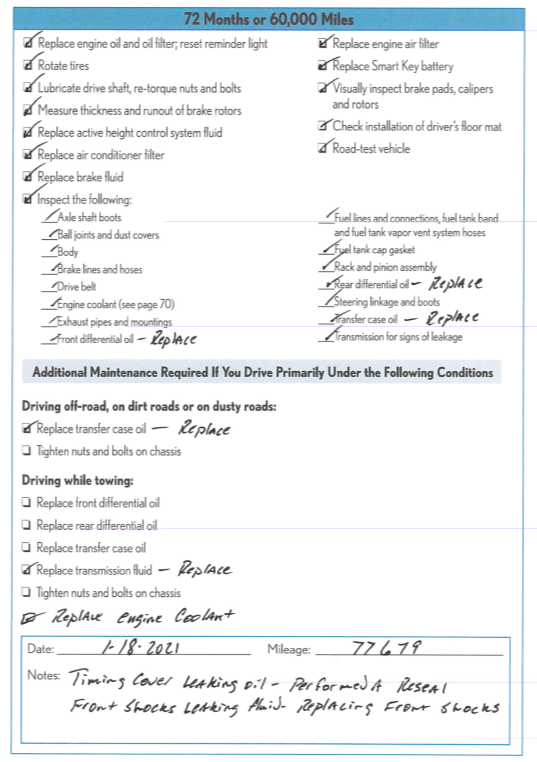 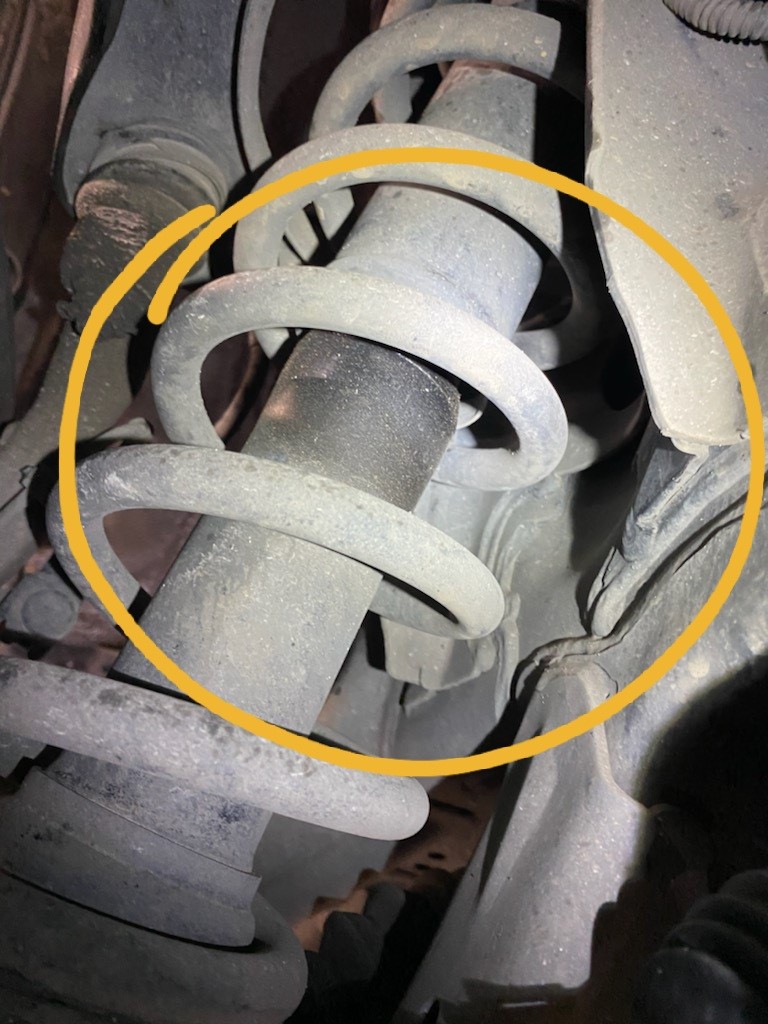 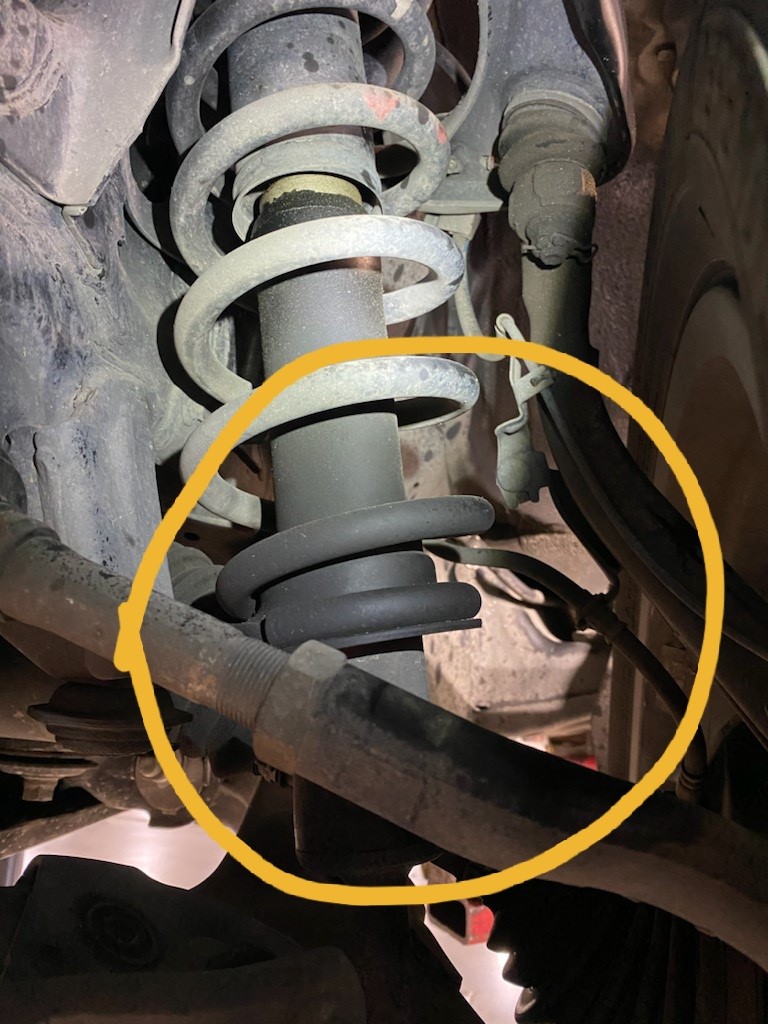 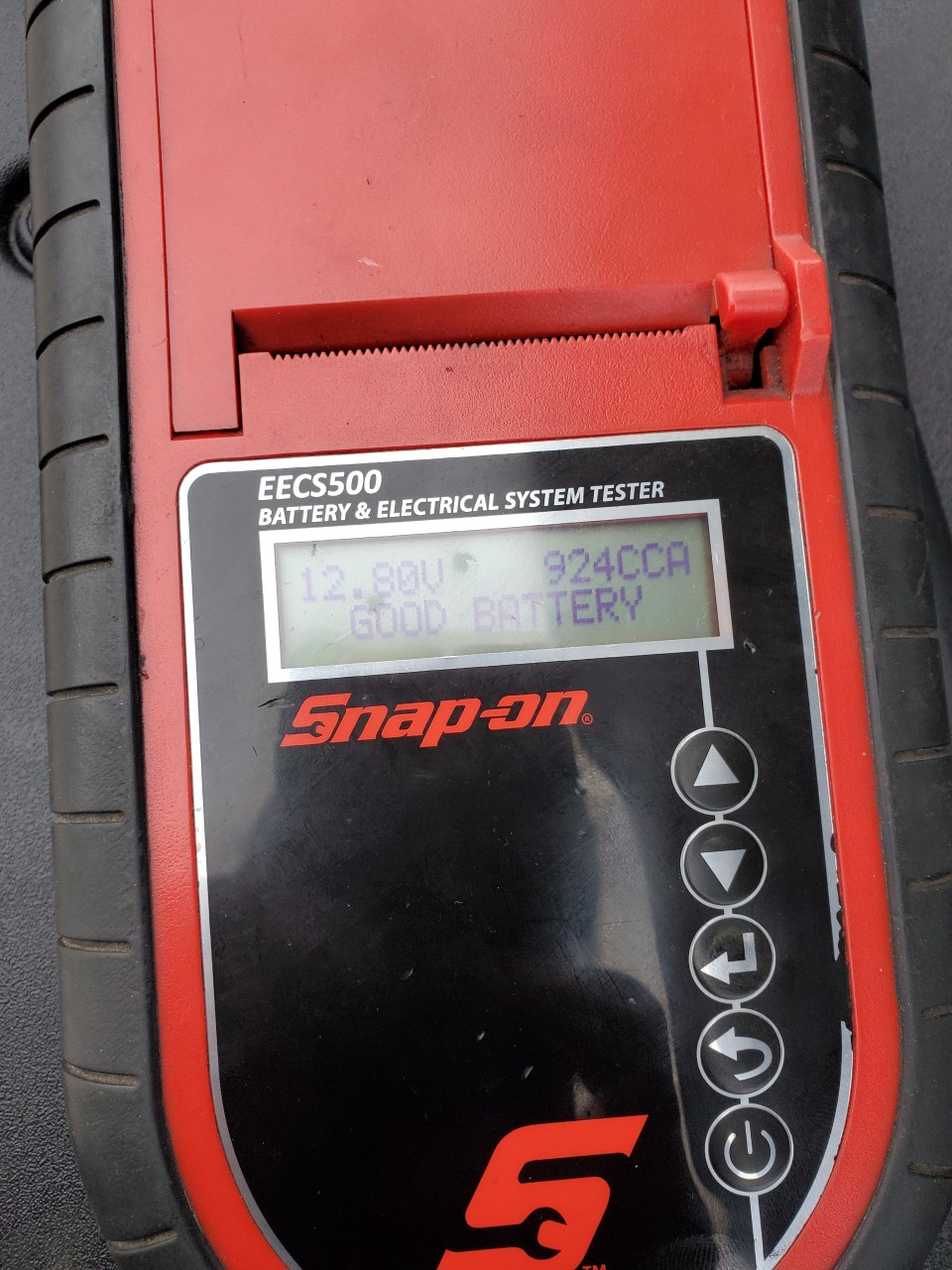 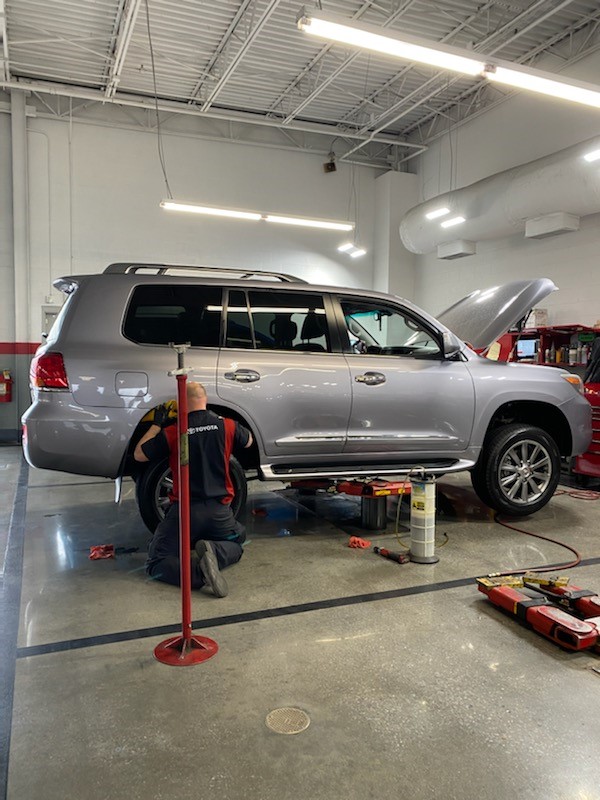 Frankly, it worked before they replaced the shocks. So they screwed up bleeding it. You should not be on the hook for their mistakes. Sadly you’re not the first to suffer at the hands of the dealer with ahc.
Replacing the pump isn’t going to fix the problem. They will need to rebleed the entire thing, and make sure they do the fifth accumulator too. And yes , maybe all this monkeying around did get some sediment out of the tank and into the system, also not your fault.

jovan101 said:
which he said was the AHC pump and that as soon as the car would be turned off the car would drop again
Click to expand...


Stating the obvious - was comfort access on? Because there is a button on the dash that causes truck to drop when you turn it off.

Ticking noise was for sure rear? Because paperwork says timing cover was replaced.

That’s a great observations @tbisaacs . Op the comfort access switch is to the left of the steering wheel. It lights a green light on the dash of a person sitting.
Truck should raise to N on restart when all doors are closed.

grinchy said:
That’s a great observations @tbisaacs . Op the comfort access switch is to the left of the steering wheel. It lights a green light on the dash of a person sitting.
Truck should raise to N on restart when all doors are closed.
Click to expand...

Also wouldn’t a loss of pressure suddenly indicate a problem with the height control valves of something other than the pump? The pump doesn’t run constantly to maintain height, it pushes a bunch of fluid past the valve blocks.
J

Thank you for the advise, as I have passed the suggestions on to the service rep. We are proceeding with a new AHC pump and will keep you guys updated on the progress. We're hoping this will fix the issue, fingers crossed.

The dealer is going down the bad hole. It's not the pump. Some faint clicking noise is not abnormal. The system needs to be bleed and burped, as the pump is just sucking air. We've seen others go down this hole before with the dealer only to come full circle after multiple pumps to proper bleeding of the system. @eatSleepWoof

Spoke with the dealer. They tested all of the components and found an issue with the AHC pump's motor. They said it was working when I brought the vehicle in, and at a later time too, but was not responding later on. They've no idea how what they did could have affected the motor (neither do I)...

I also don't think this sounds like the pump being at fault. Almost certain there's air or something else (other than fluid) in the lines.

If they do install a new pump, tell them (at least 50 times) that it is NOT self priming and that it HAS to be manually primed or they WILL burn it out.

I believe the following to be the key issue, which is not stated at all, in the repair manual bleed procedure. It's because the state of the system is in an atypical situation as a result of the tech allowing the AHC pump reservoir to run dry in initial priming after changing shocks. 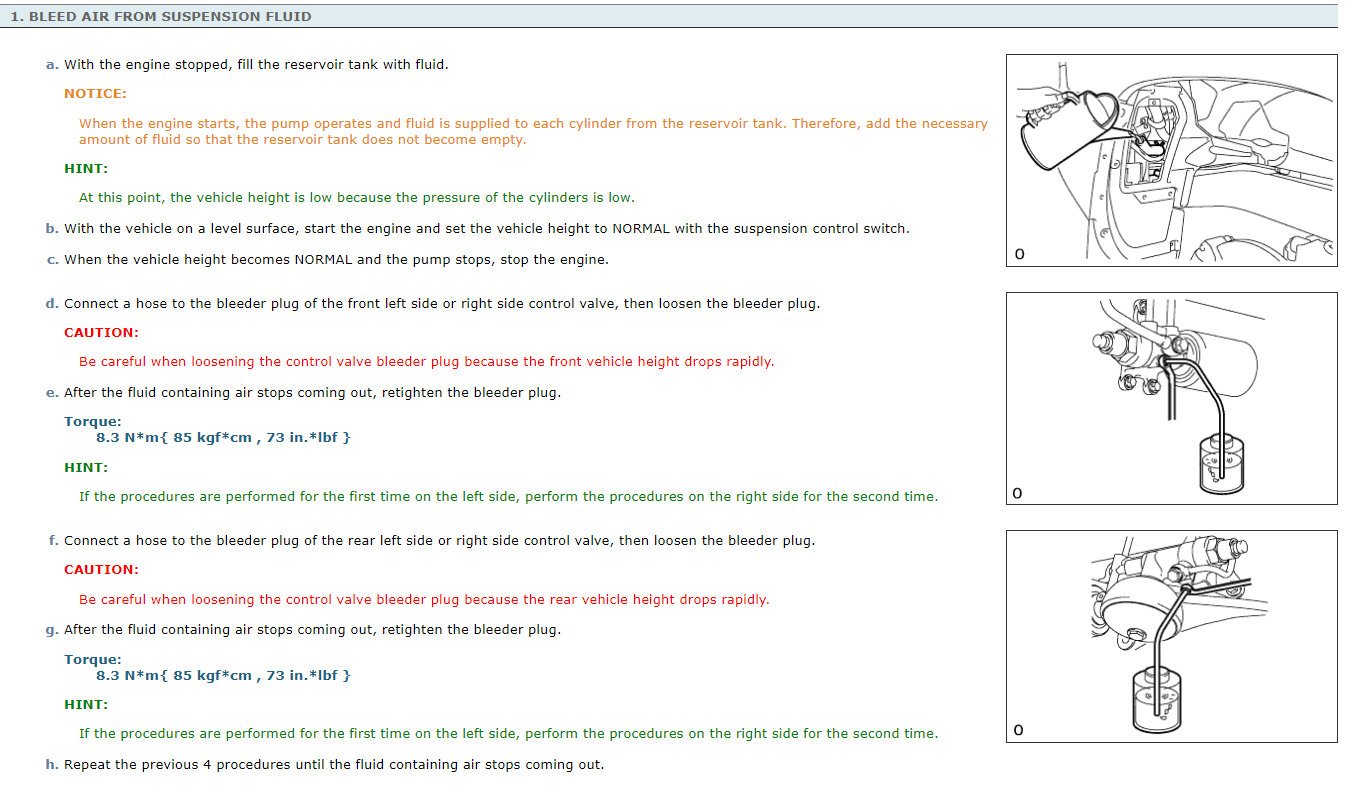 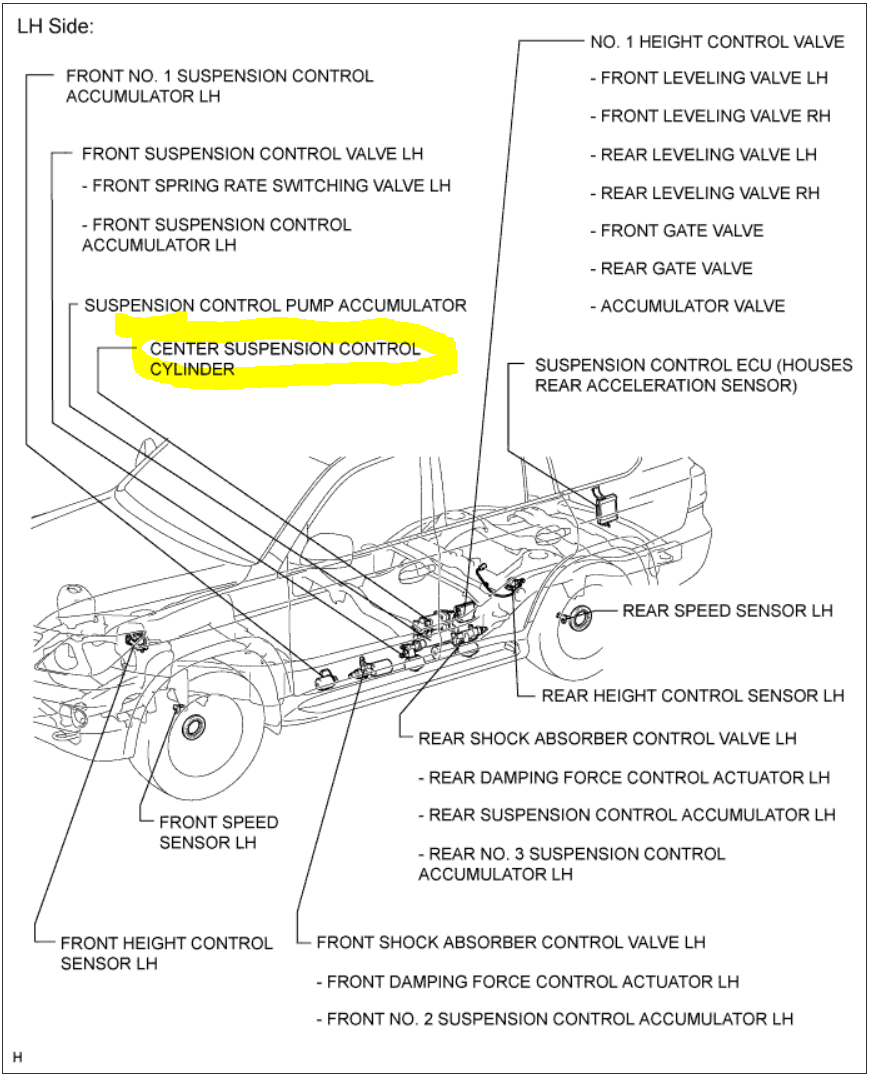 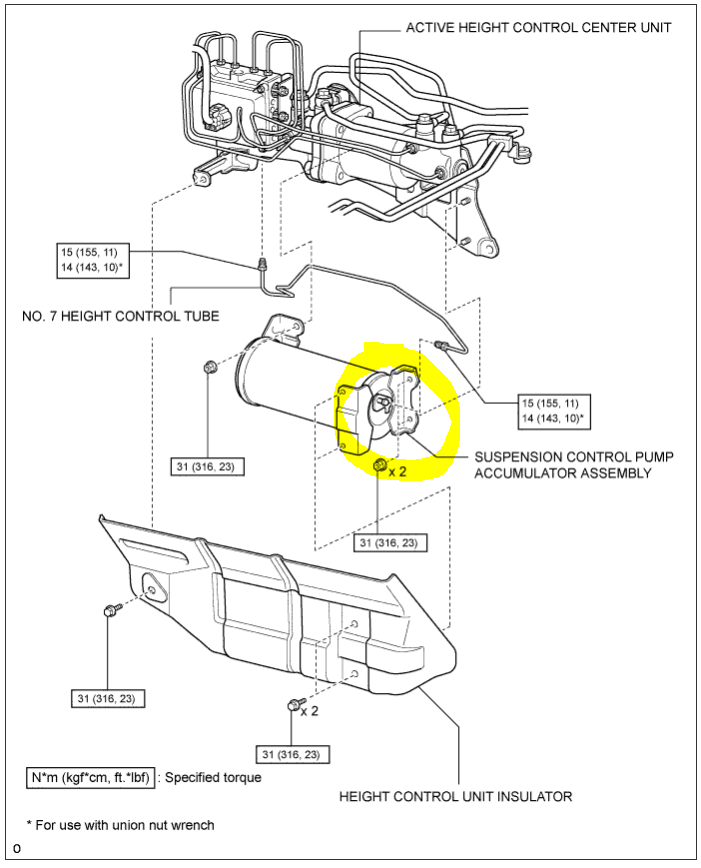 Update: Service rep delivered the news that the AHC pump had been delivered and installed. The good news is that the system now works as expected and will be shipped down! Super excited, thanks again for your posts, thrilled to be a part of the community and will post pictures upon her arrival.
You must log in or register to reply here.