This started 5 years ago when I bought my first 67 LV.It had no engine or tranny,but did have almost everything else,seats,switches ,jack....and a extremely rusted out upper front door jams and windshield pilers.It was stored for a couple of years then last summer I was able to start the project,but after poking around with a screw driver I realized the rust had won this battle for now.The rust was worse than I had thought.Then one morning in Sept 2008,I was looking at the 45 classified section and saw that there was a LV for sale near me with a better body than mine.(Thanks Orangefj45 for posting that Craigslist ad

).So I went to look at it,and bought it the same day.It had some j-hooks bolted to the outside,most of the floors in passenger areas were gone,parts of the roof were rusted but not to bad,some dents on the rear quarter panels,and rear sill. Other than that it was in good shape.Now the fun begins. 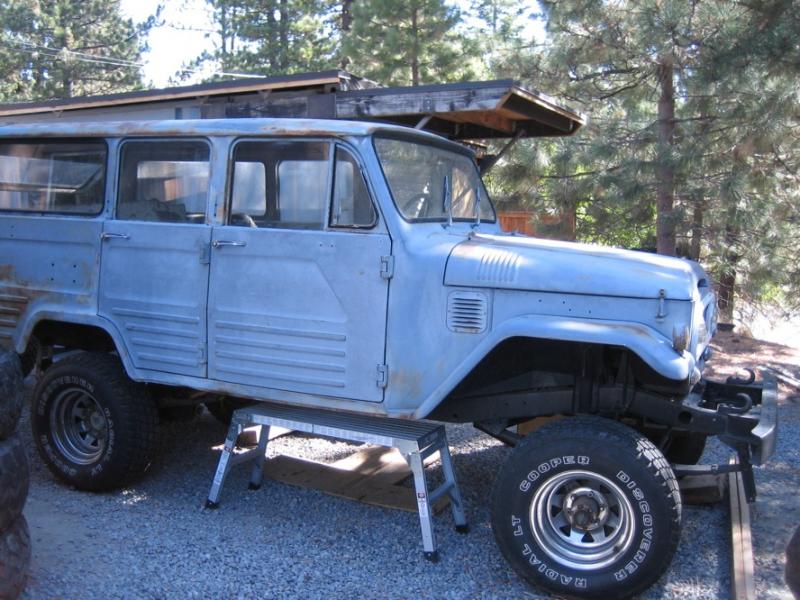 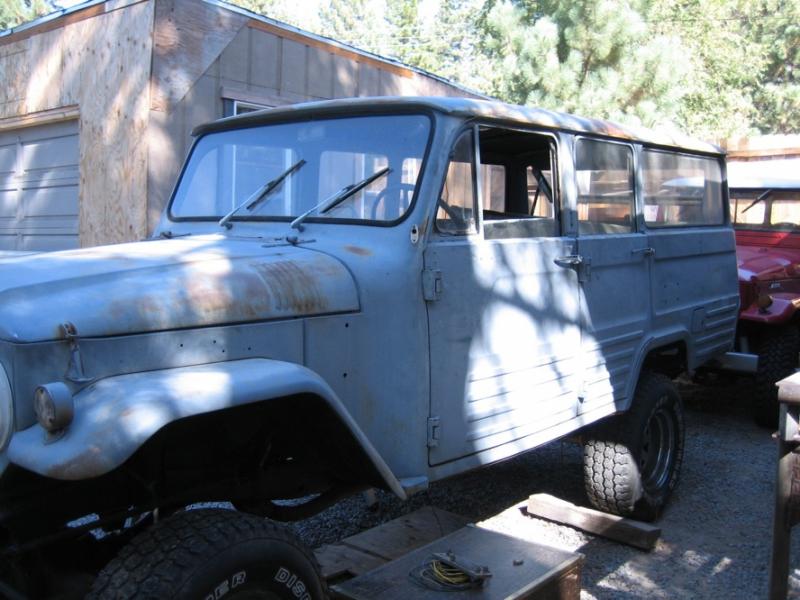 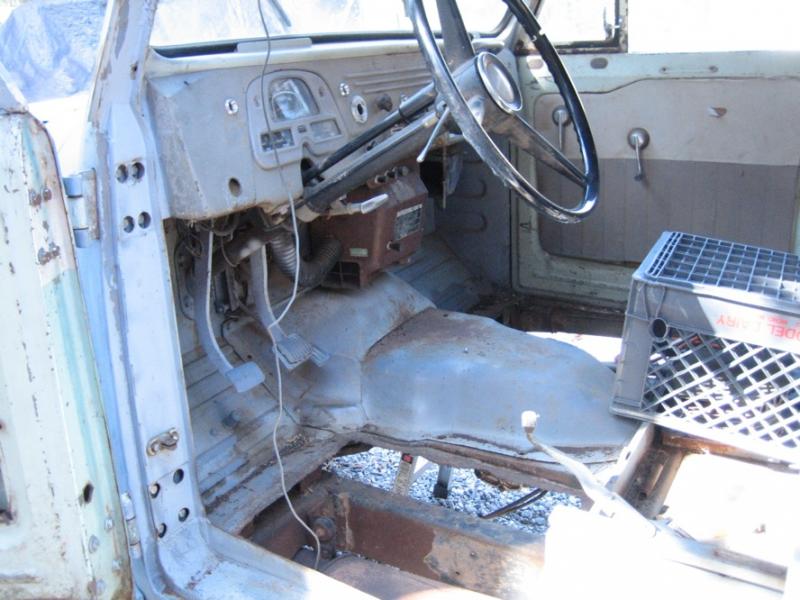 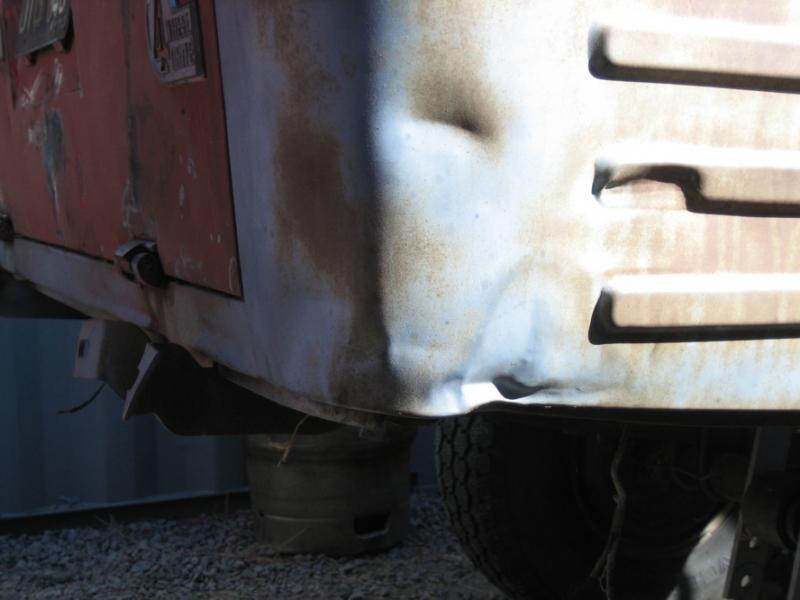 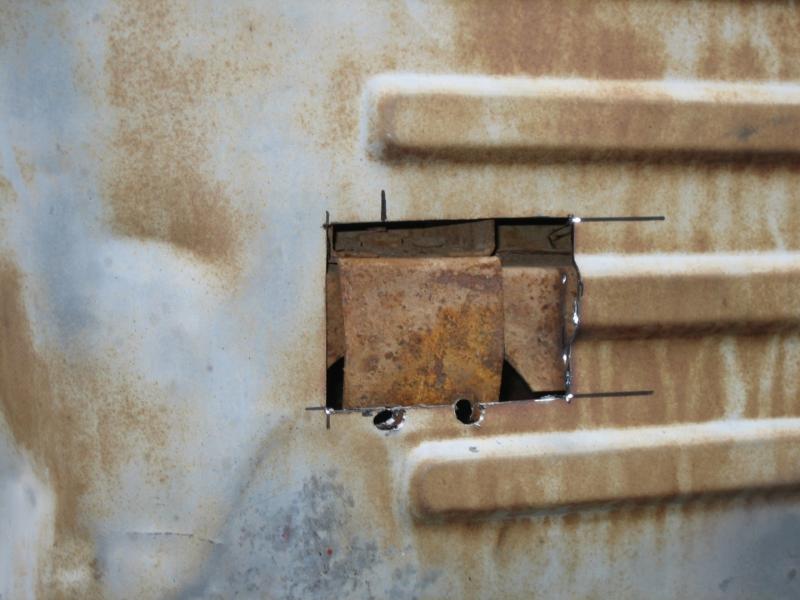 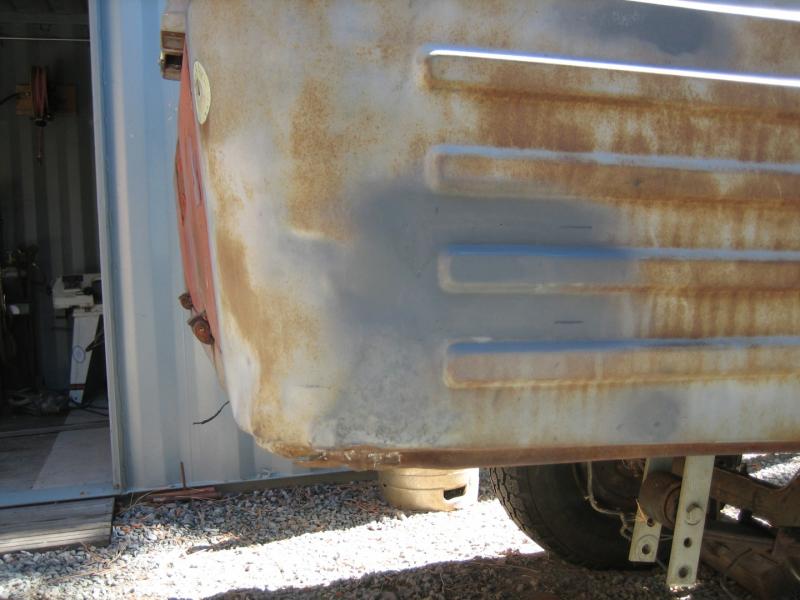 working on rear sill,(have your buddy drill out spot welds)found a stash of dirt 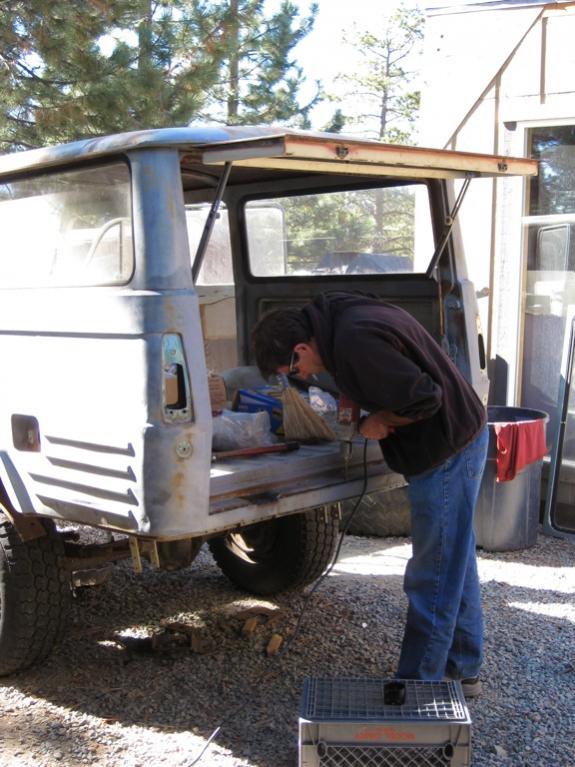 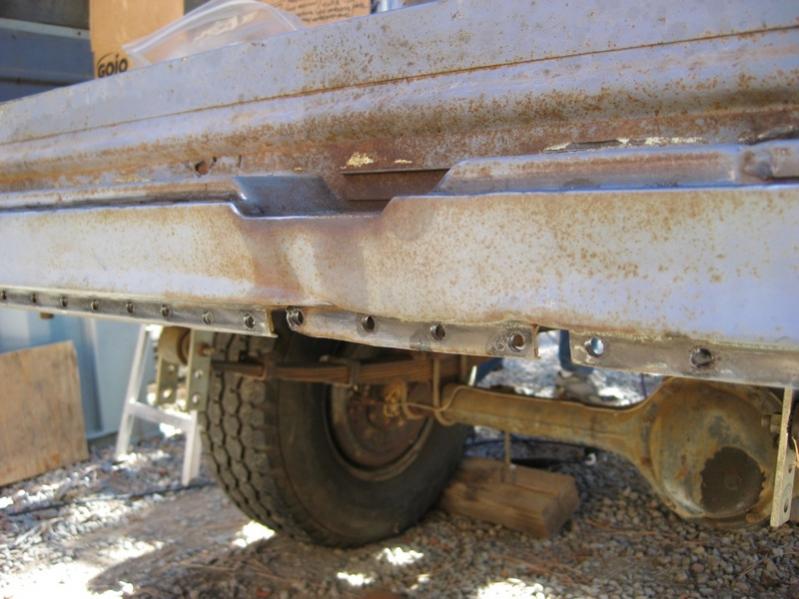 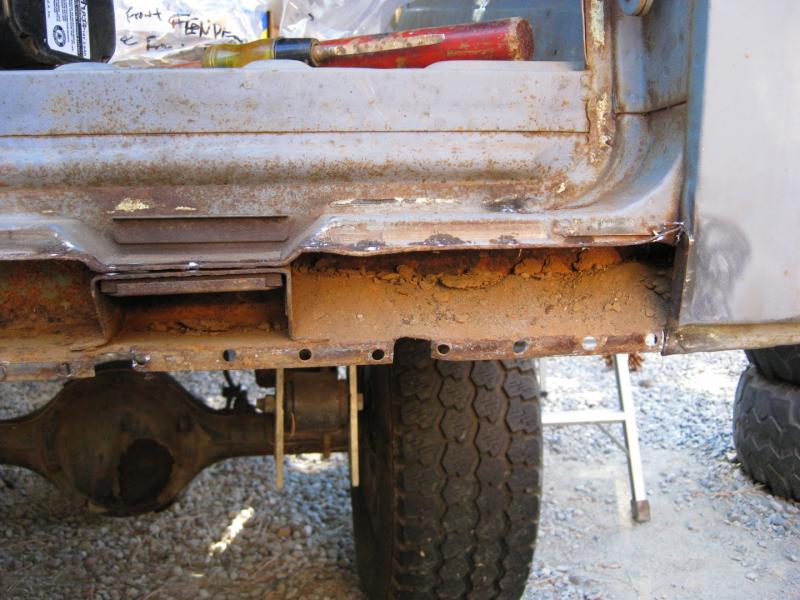 some por 15,and some work with a hammer,ready for another 40 years 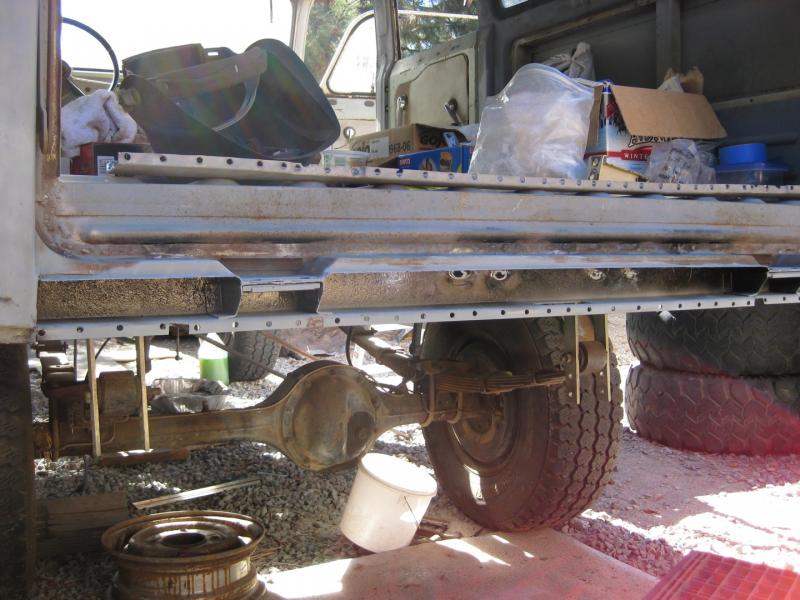 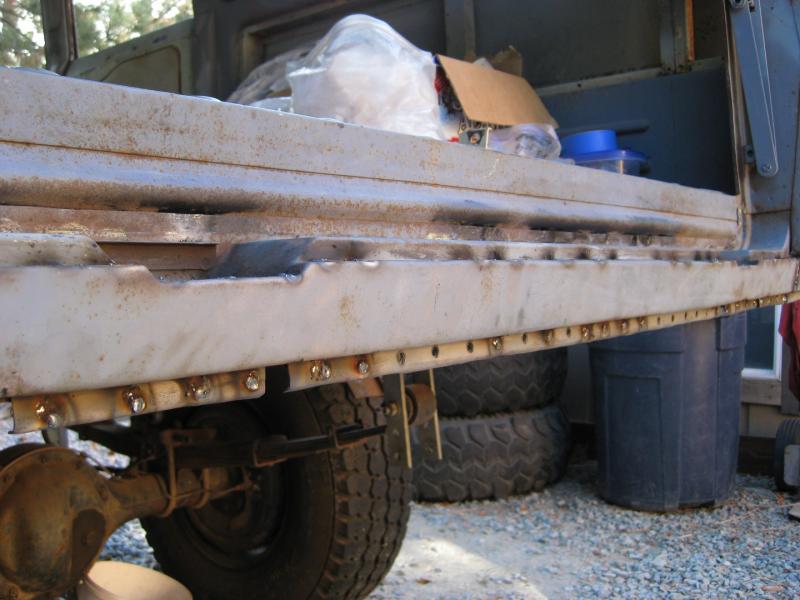 Looks like a great rig.A lot less rust than I see on mine.Are you going to keep it SOA? What are your plans for drive train?

Its already back to spring under,with a 2.5 inch shackle lift.For now its going to be all stock,except the lift and a 2F engine.
Last edited: Feb 8, 2009

Nice! I havent seen this one yet

I got a new floor pan from Mike(treerootCO) last summer,intending to put it in my original rig,thoes plans changed,so it went into the newer one.So I started to remove the body from the frame.I got really lucky with this LV,out of the 8 body mounts where the threads are in the body only 3 broke. Using getto Egyptian technology I separated the body from the frame.Sent the frame to get sand blasted,the started on the floor. Most of the original pan was already gone,so a small part of taking it out was done. 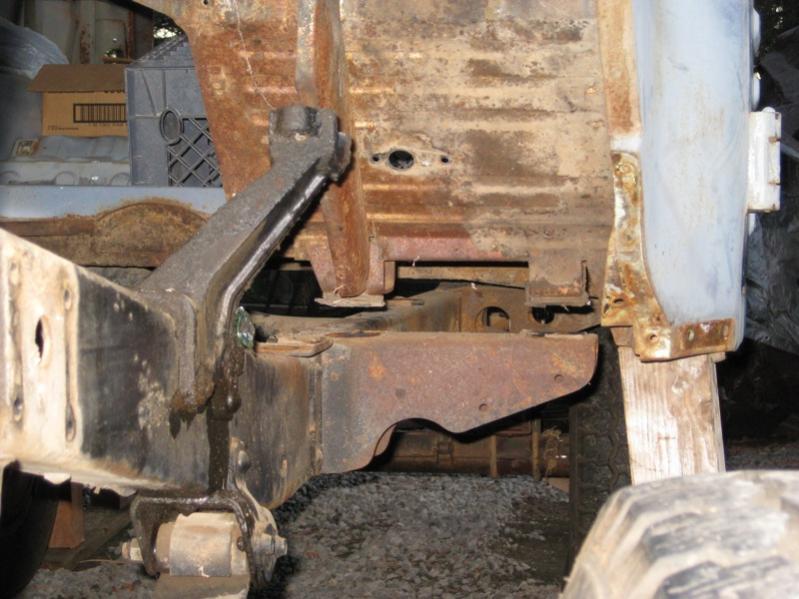 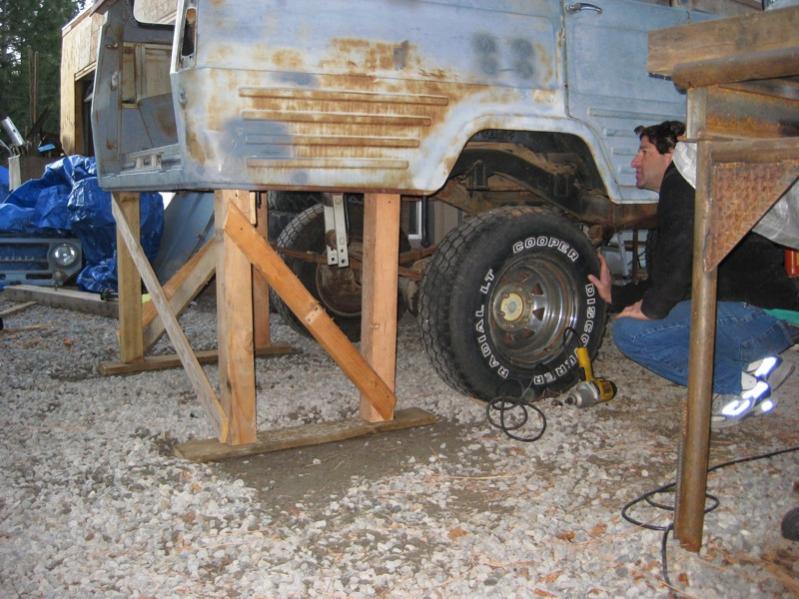 Pulling the frame out,40 helping the 45,front end not high enough had to dig down so the rear end of the frame could clear,and pre painting bottom of pan. 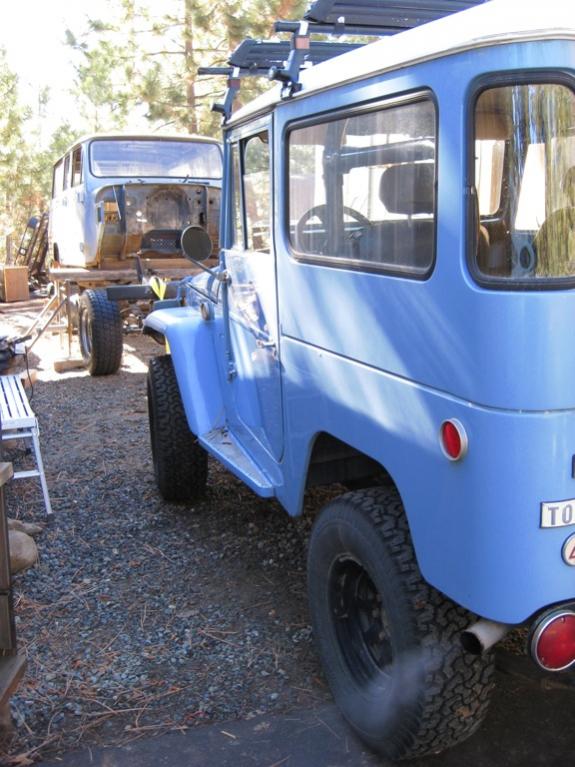 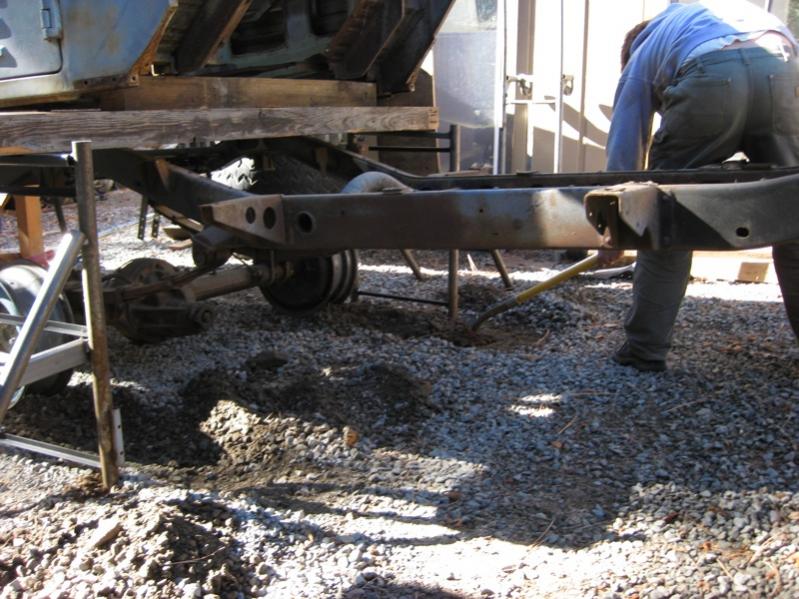 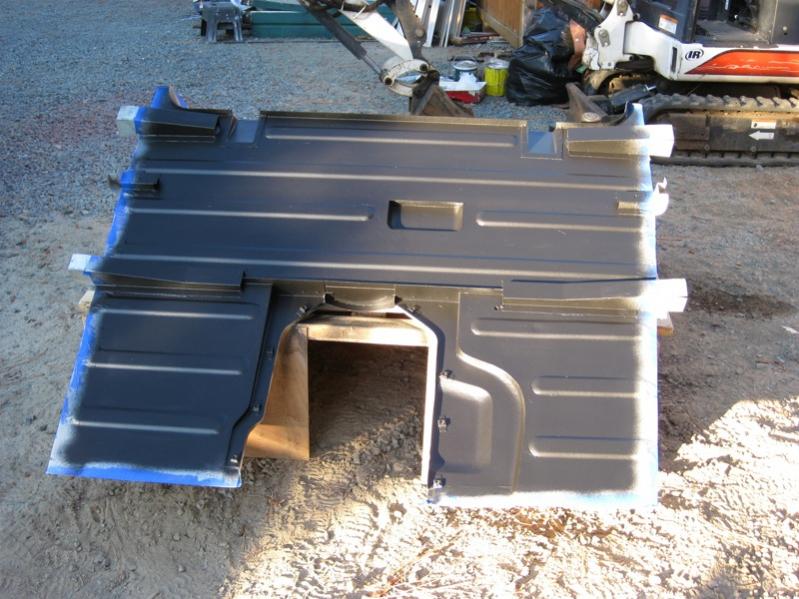 Cutting out the floor.Did some patch work on some rusted areas. 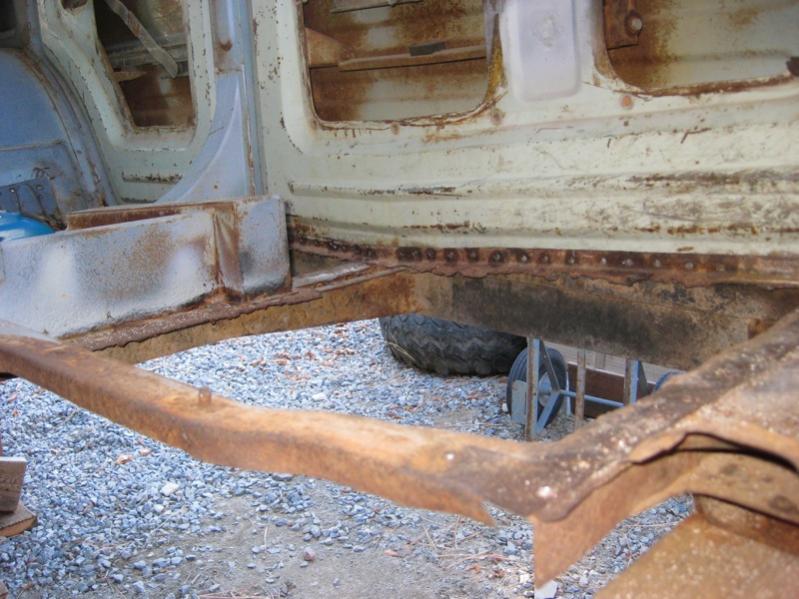 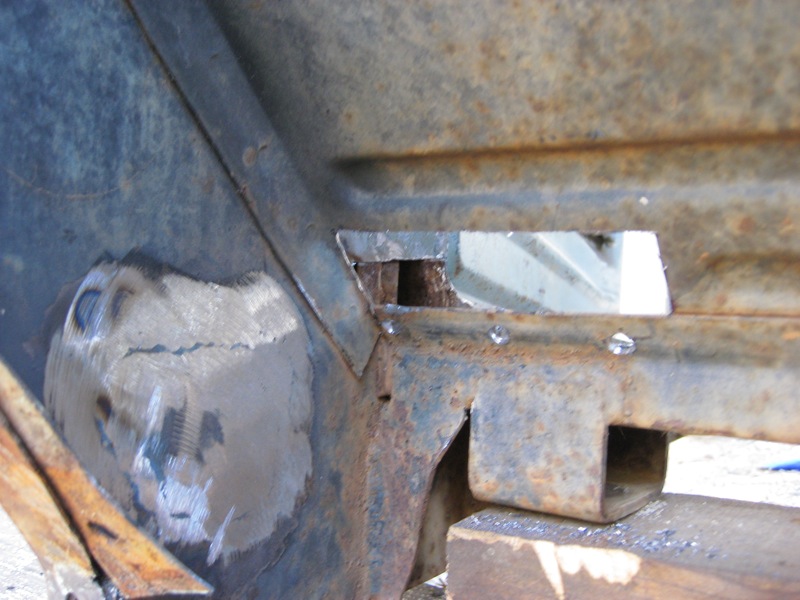 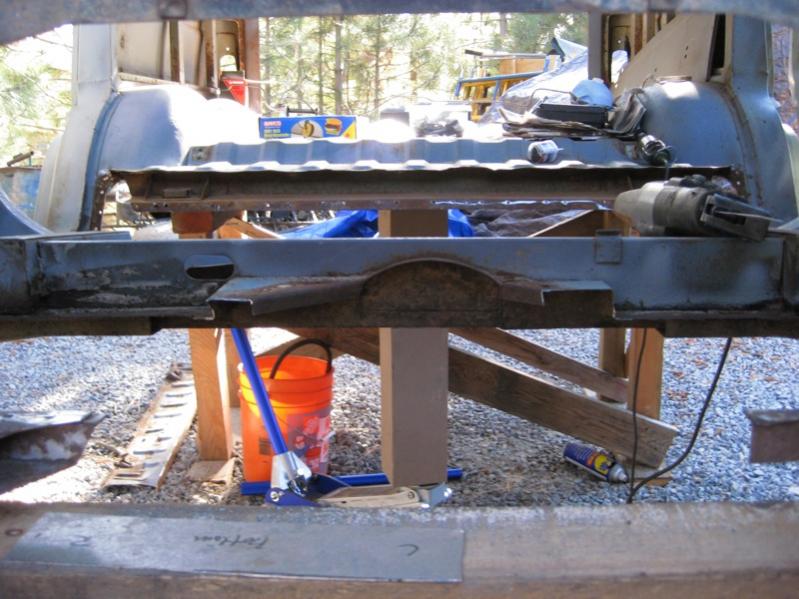 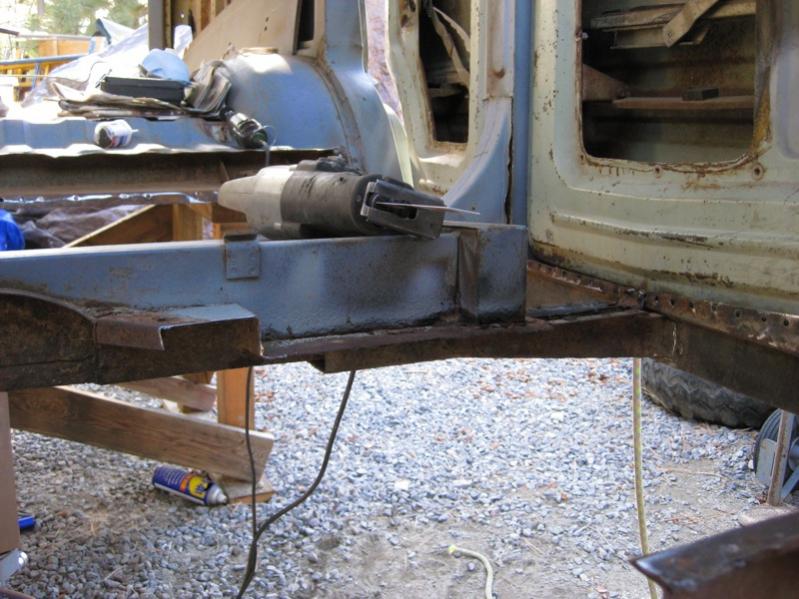 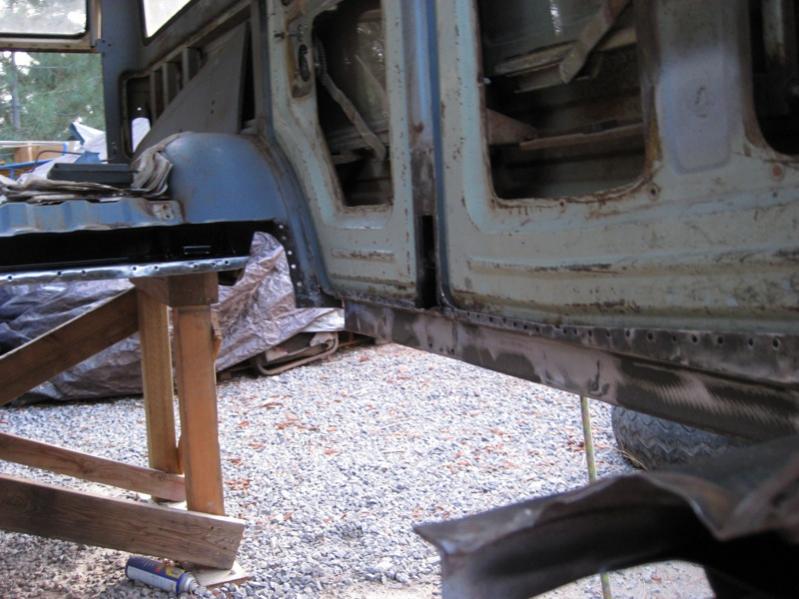 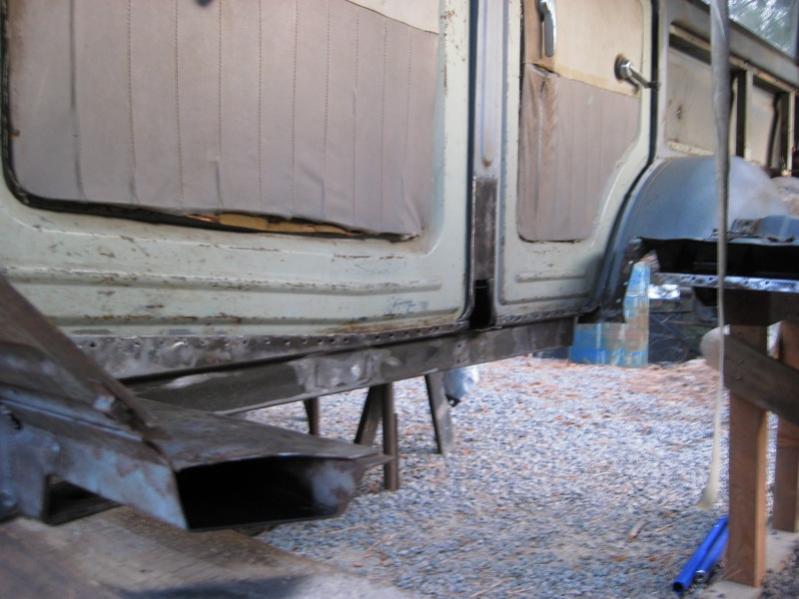 I used some more POR 15 in all the hidden channels,got some in the pilers also.Some weld through primer on the spot weld areas,and was ready to put the floor in.I thought that this was going to be a pain in the *** to get it in,but had it in and mostly lined up in about a half hour.Had to bend the rear passenger floor a little to get in.It fit pretty good,I did have a gap on the front passenger side where the two lips meet(where the weather stripping slides over on the floor and spot welds are)Besides that I have a new floor. 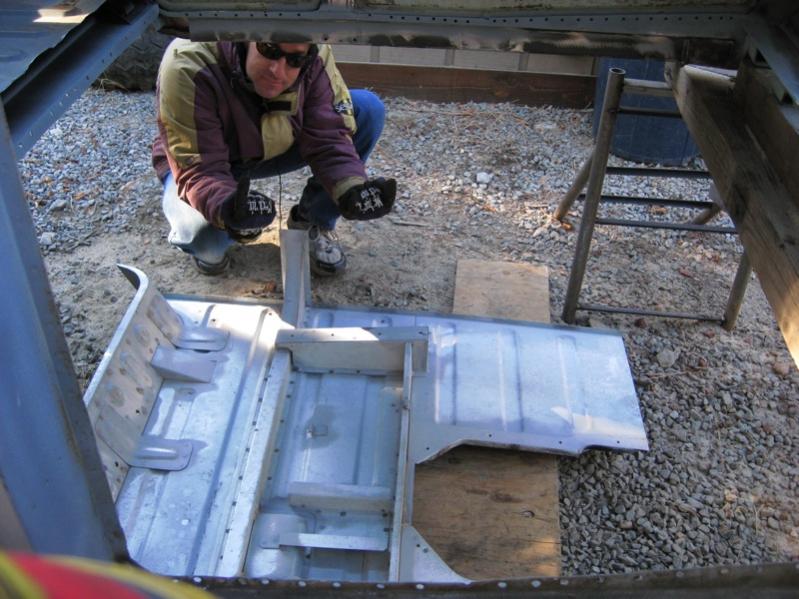 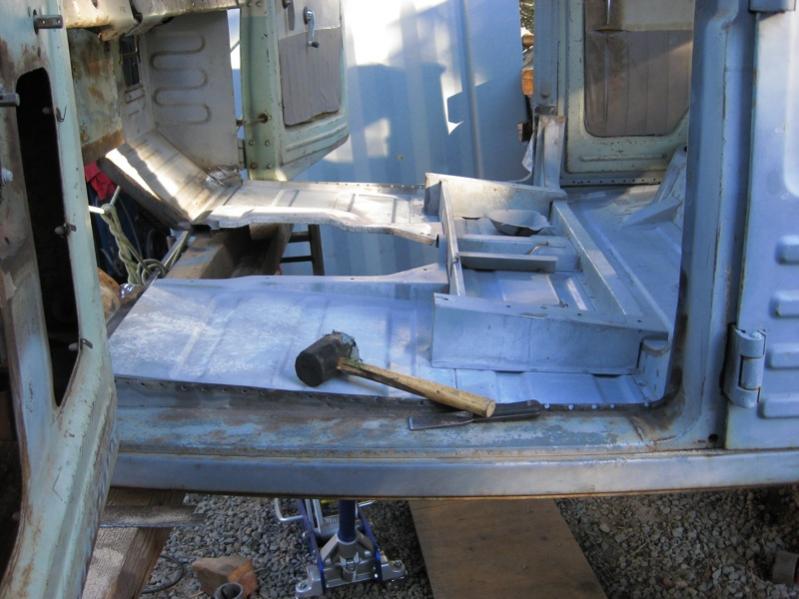 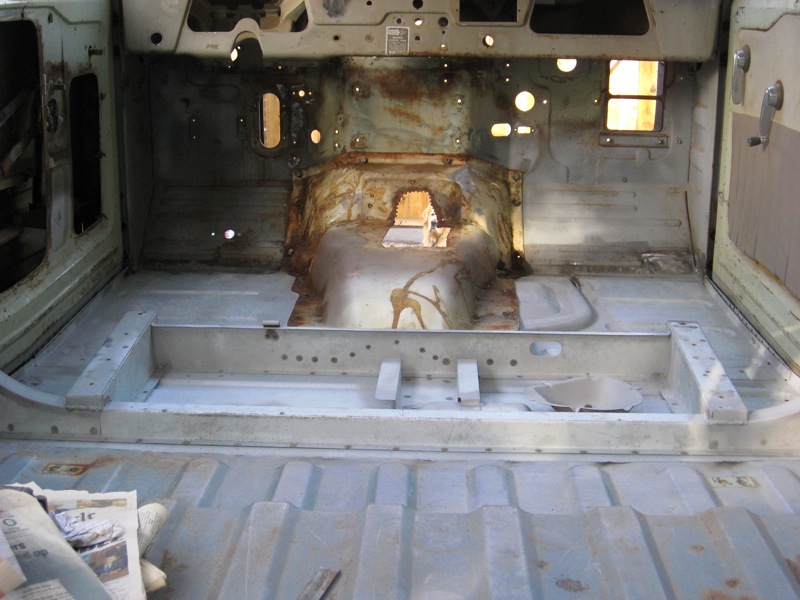 Nice work, I like these type of builds keep up the good work.
4

You done with that thing yet or what?!

When I was installing the floor, I used the transmission hump to help with alinement.The stock tranny hump that came with rig didn't come close to lining up.Bolt holes were off,the arc on the rear end of the hump was to shallow,so it would not sit flush with the floor.I grabbed the hump off of the parts rig,it fit mostly perfect.I had to re-aline some holes,patch the hole from a floor shifter,re tap the heater hose bracket holes. 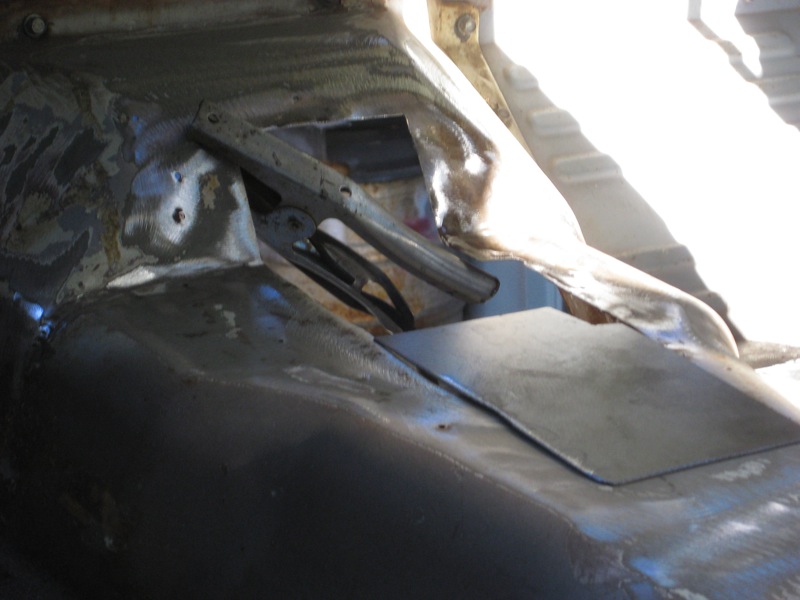 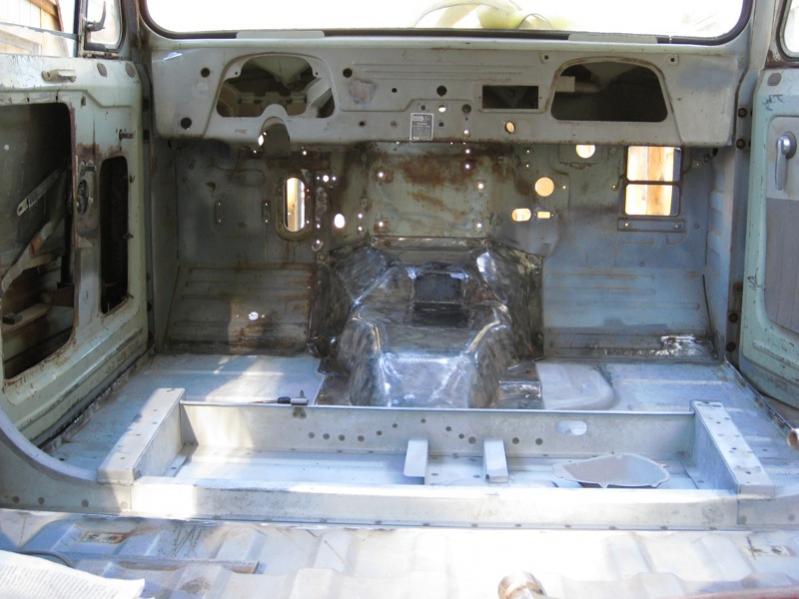 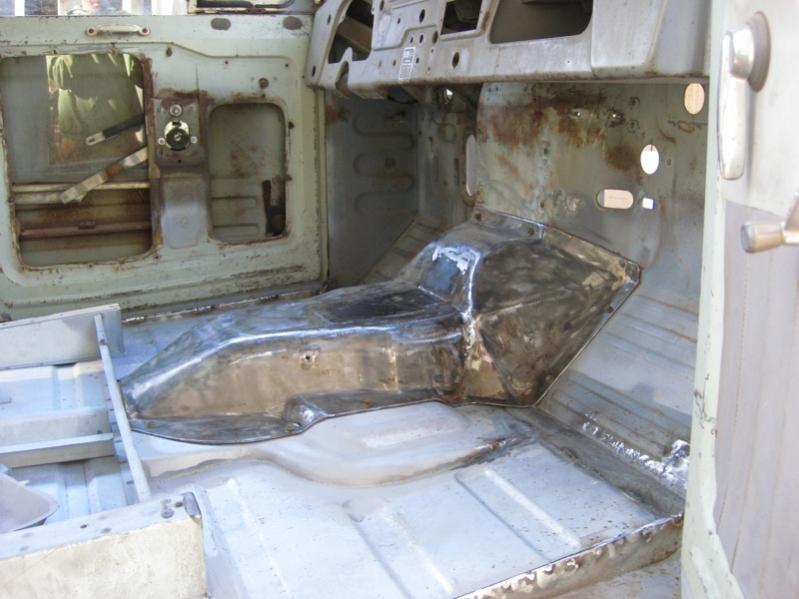 very nicely done ...so far...keep up the good work

x2 on the nice work...looking forward to seeing more!!!

I modified the fire wall so I could use a cable throttle.I left some of the old linkage holes,just incase I ever switch it back to stock. 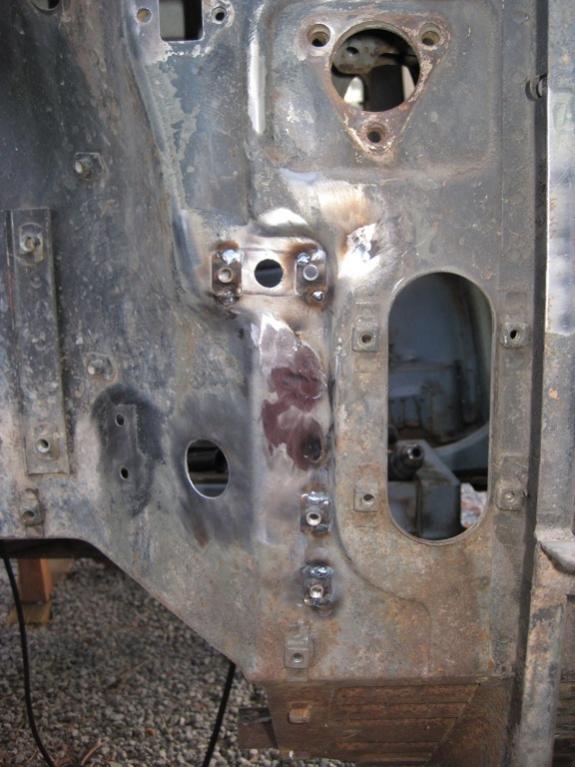