Hello to Brothers in Arms.

Born in South Al in 1949. Main family from Scotland, then Ireland, Virginia, South Carolina, and then to Alabama. Family fought in Revolution from the Brits, again in War Between the States, lost 4 at Battle of Seven Pines , had one die at Chicago prison camp and another wounded at Chattanooga. Grandfather was doughboy in France in WWl, father served in Army in Solomon’s in WWll. Uncle served in Patton’s Third Army.
Aunt served as Army nurse in Europe in WWll. Proud History of service.

For me, about to get drafted in 1968, I left the U of A, Roll Tide, and joined the Army to be a helicopter pilot instead of being drafted and walking everywhere. Lol. Flight school at Ft Wolters, Tx then Ft Rucker, Al and I was all set. At 19, was sent to Vietnam as a Scout pilot with B Troop, 1st Squadron 9th Calvary, 1st Air Cav and was stationed at Quan Loi. Flew OH-6 for 6 months and then Huey’s for 6 months. Came home in July 1970. Back to Rucker and got orders back to VN in 1972, but Nixon stopped the new deploys. Went to fixed wing school and off to Germany for 3 1/2 years. Came home and got out of Army.

Raised family in Andalusia,Al, had a power sports dealership, sold that, retired in 2011.

Found Red Neck 40 in a barn in Buck Creek in 2016 and have been doing frame up resto since. Drive it almost daily and she gets a lot of attention. 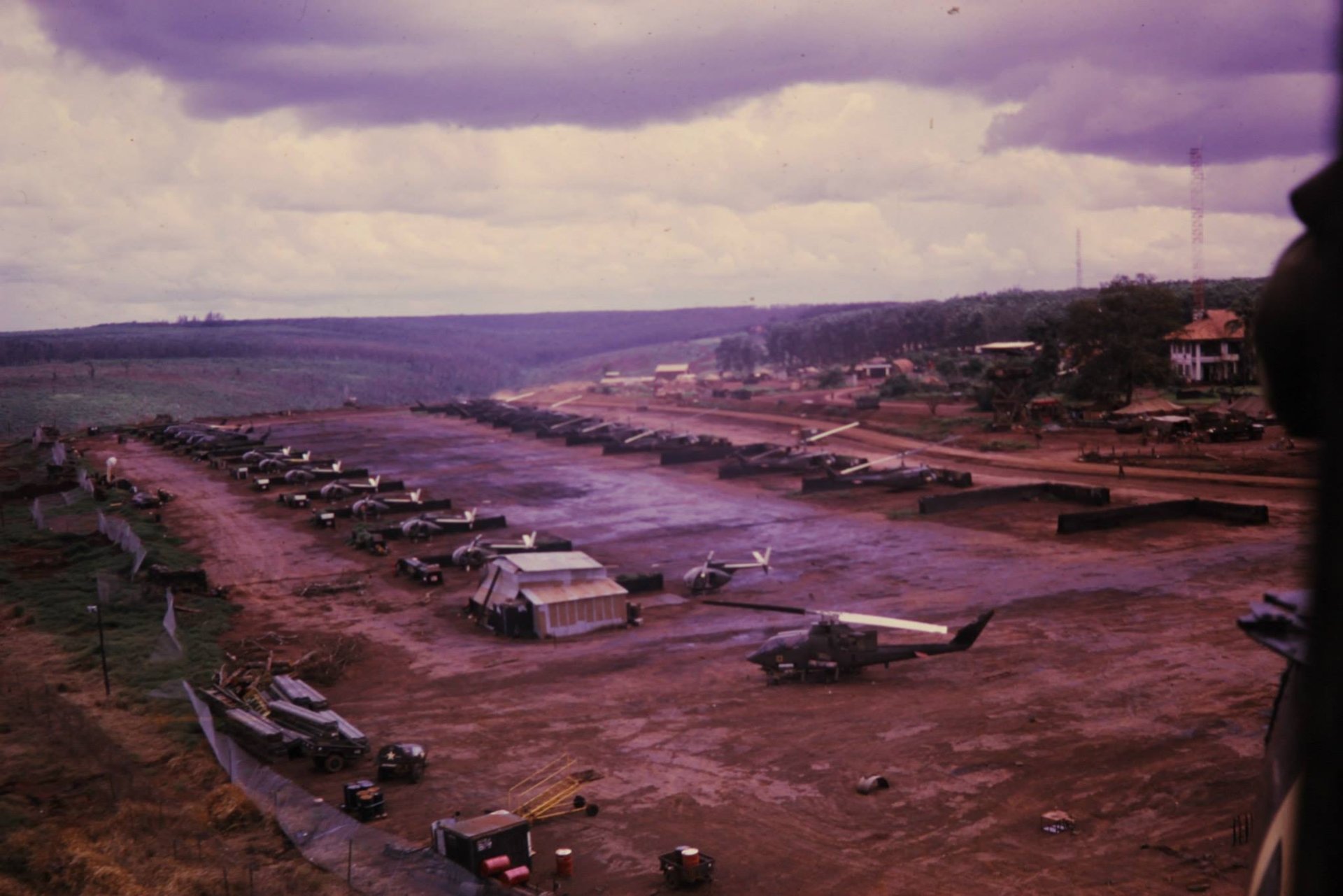 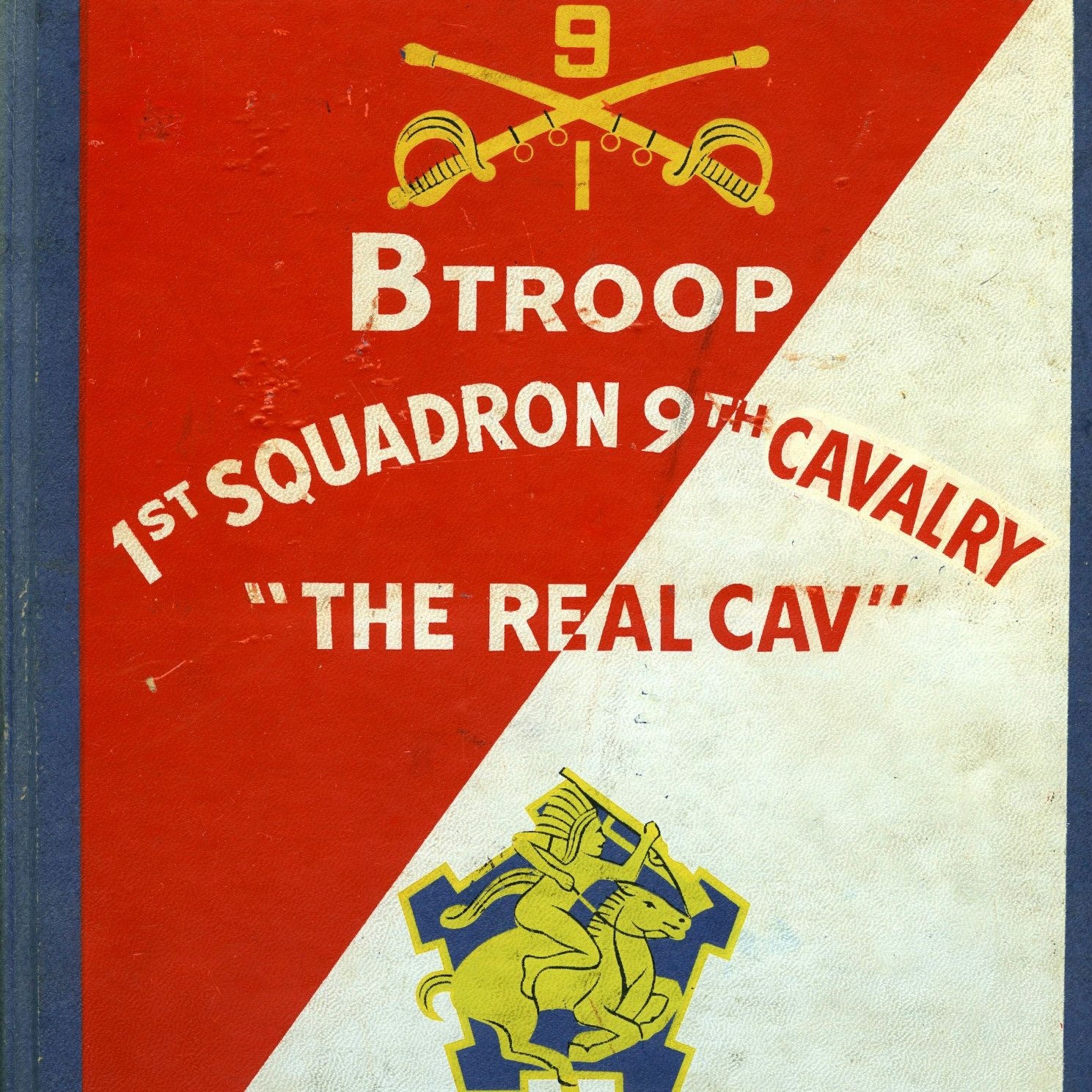 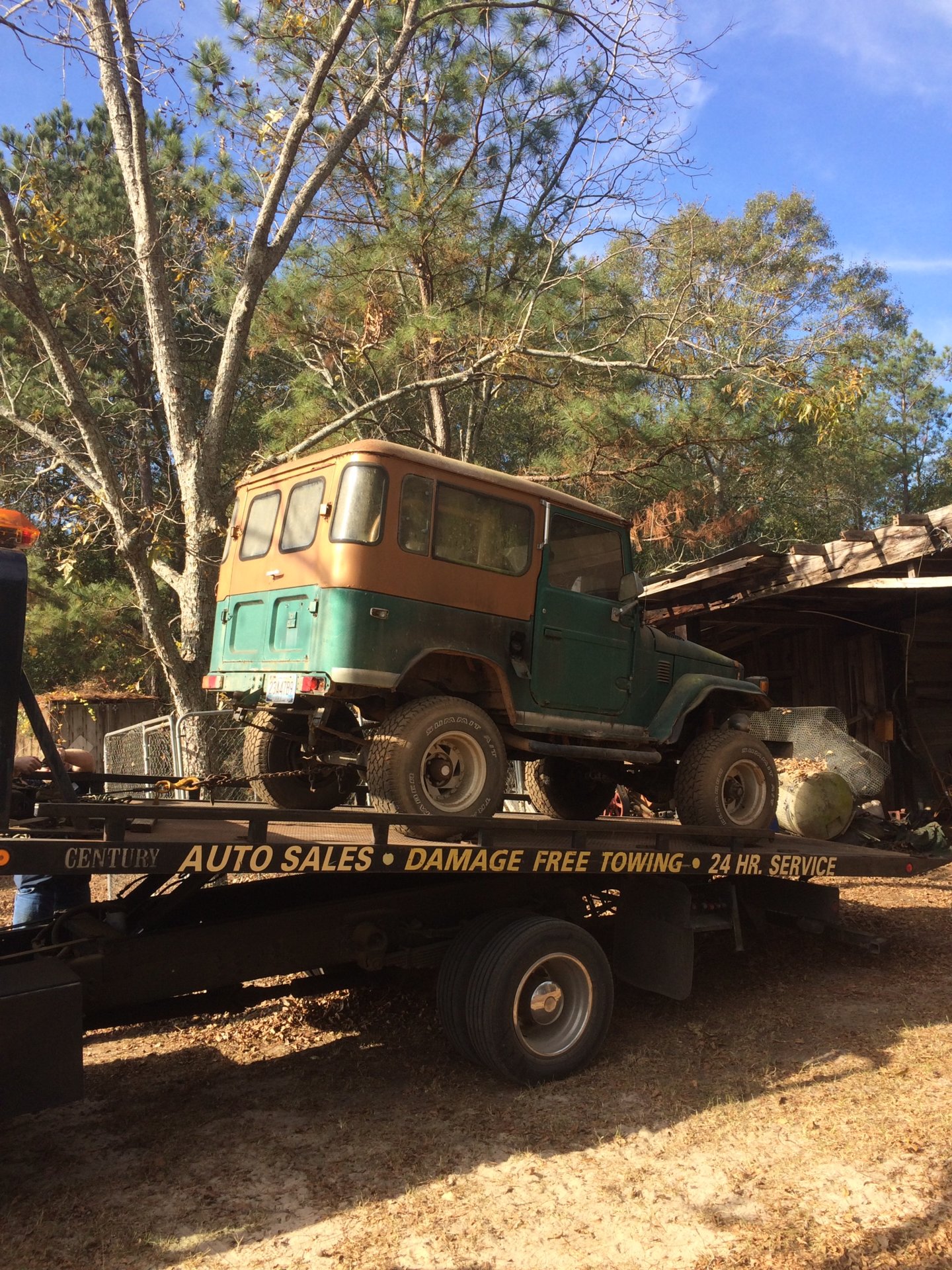 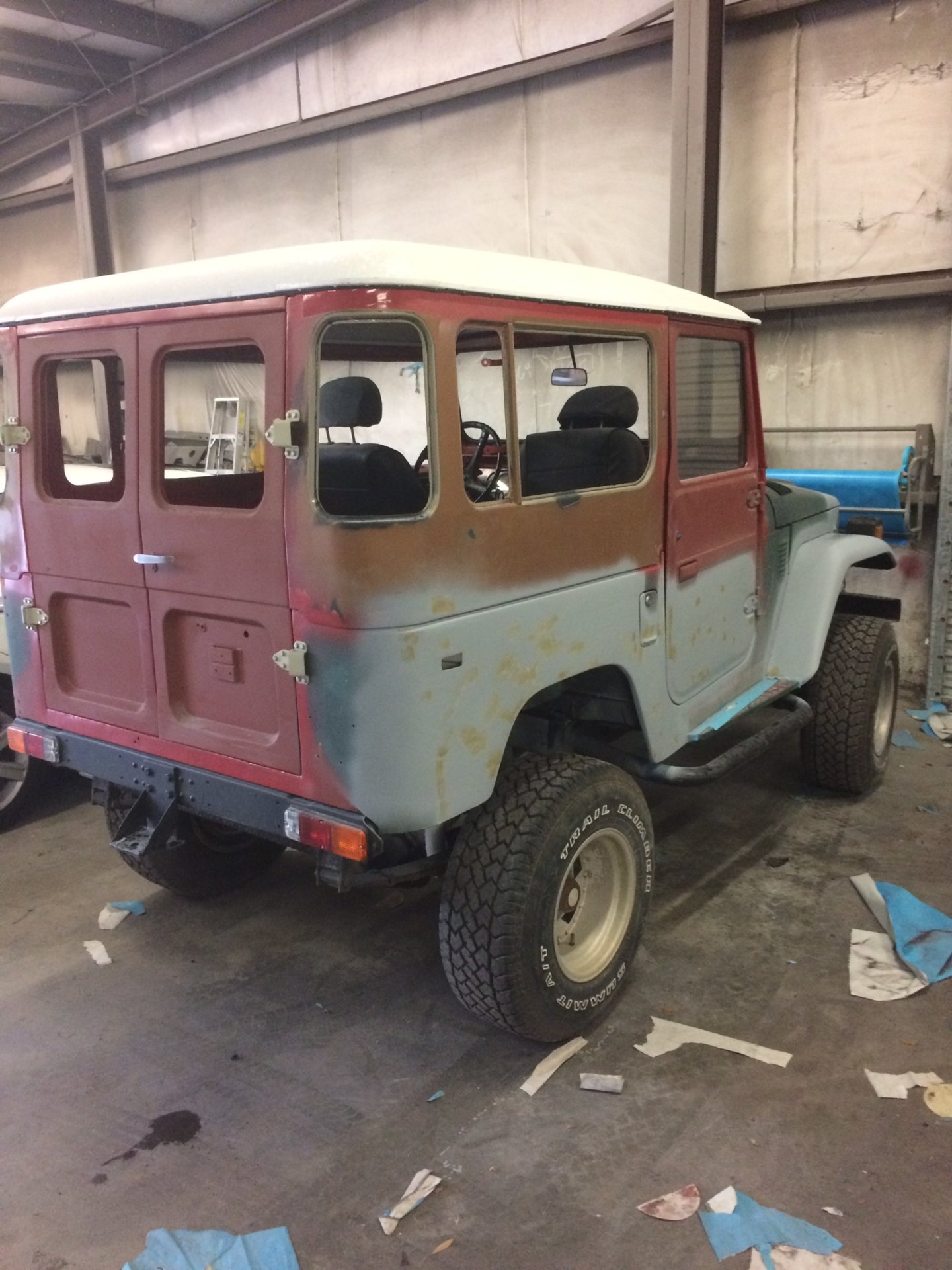 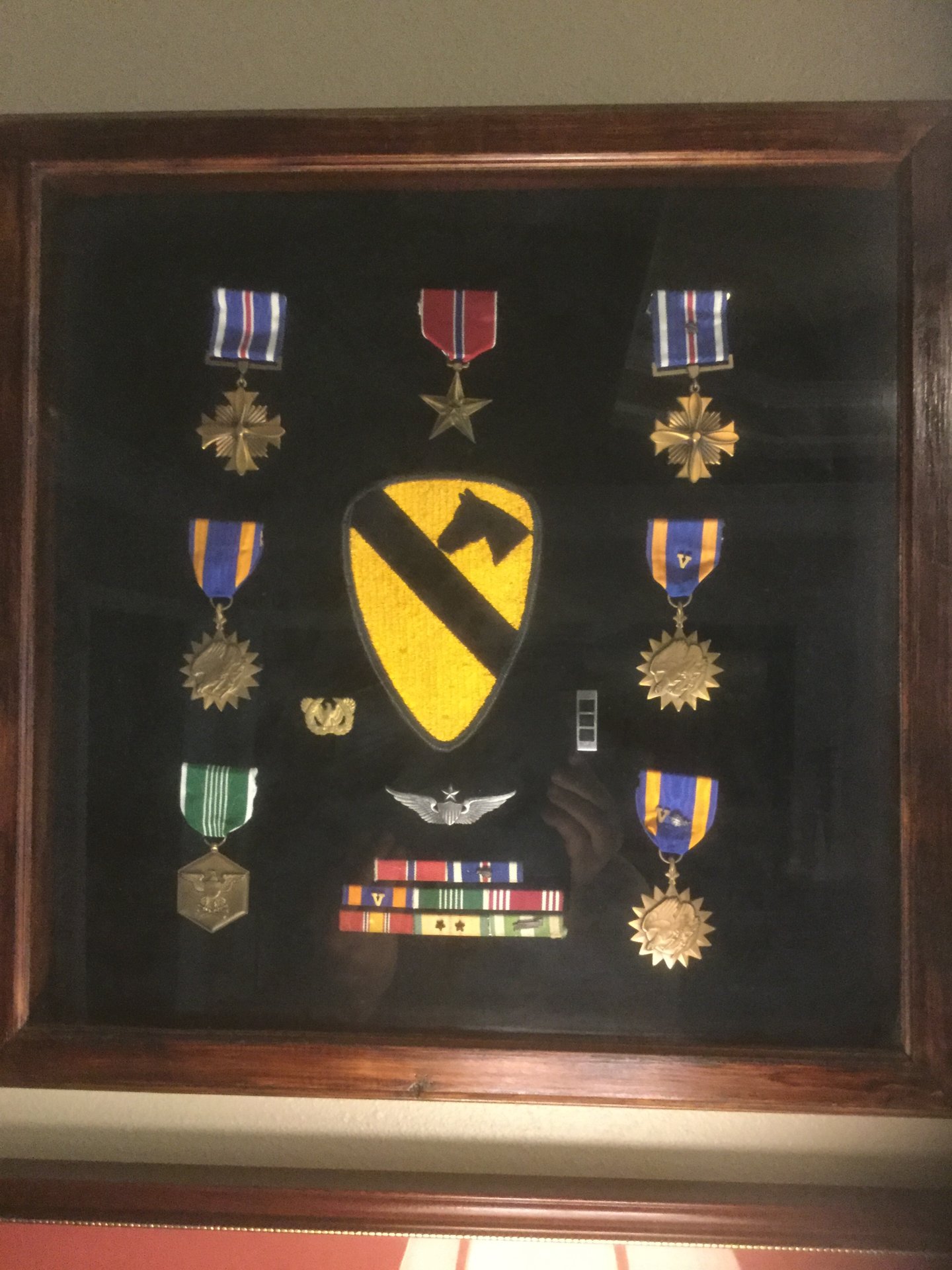 Thanks for posting up your story, Chief. I appreciate everything you've done for this country.

Welcome to the highway, @Adog . Thanks for your service. I got to play in some of the red clay when I was at Ft. Rucker.

BTW, Redneck 40 in her new colors with Grandson, he has learned to drive a manual 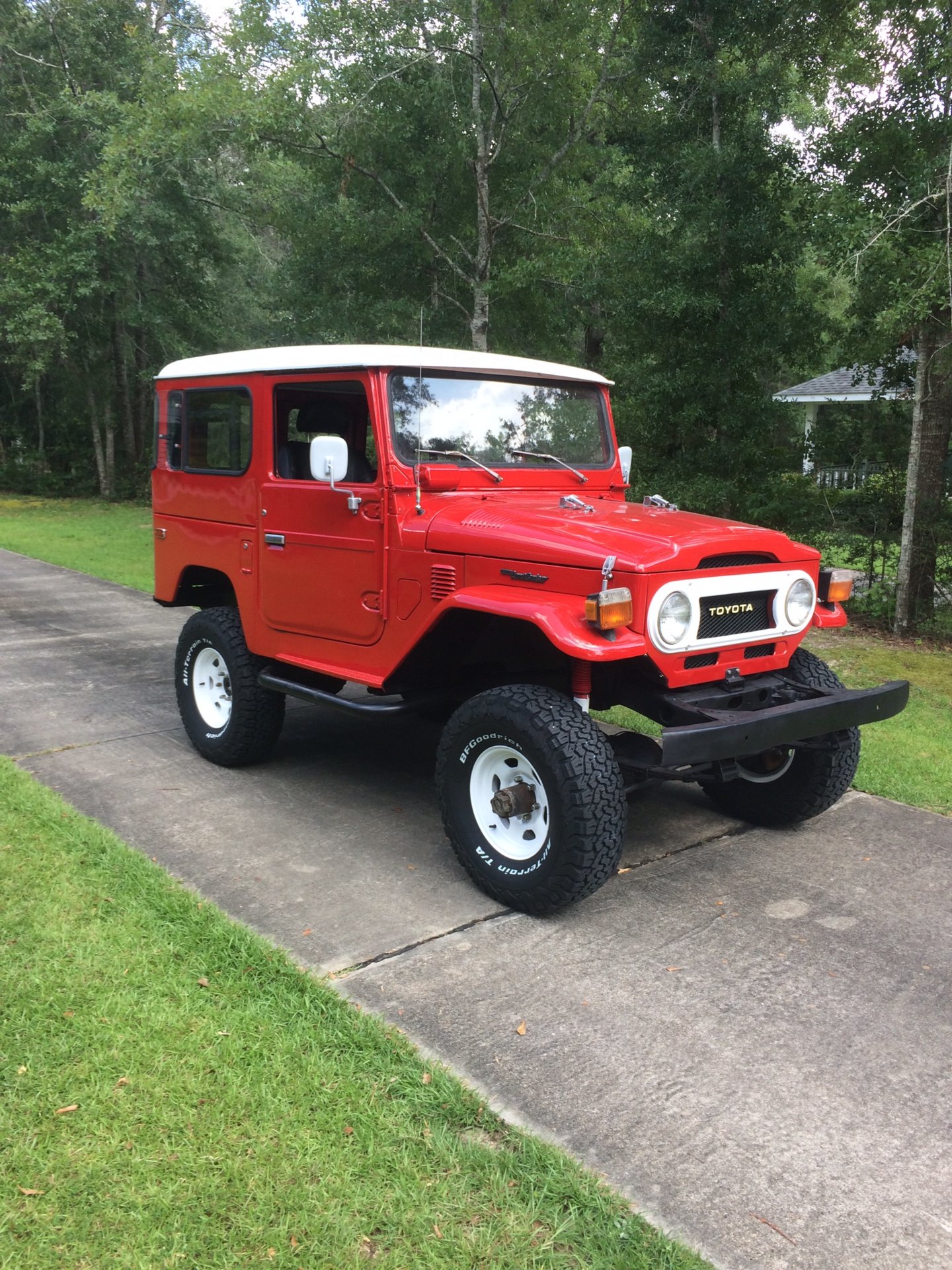 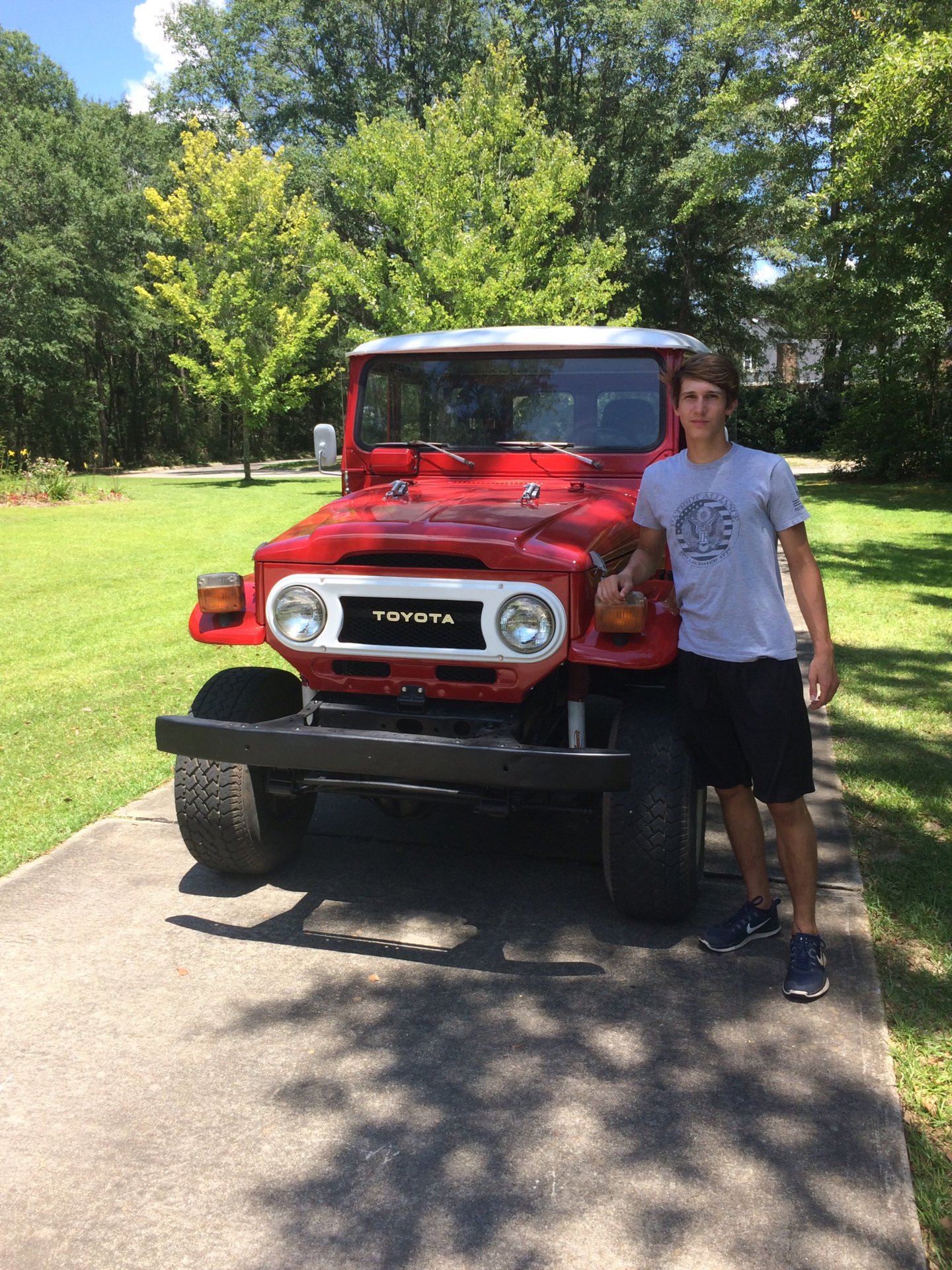 Welcome to the Highway @Vermont !!

Nice rig Adog! Your narrative was very interesting. I also went to Wolters, Rucker, I Corps with the 101st, 4th/77th ARA flying Cobras in support of the Airborne Units. Nice j0b on your resto and an great looking grandson. Welcome to the Forum and thanks for your service.

From your narrative I believe you are a 2% American, meaning you are descended from soldiers who fought in the Revolutionary War, same as my forefathers. That also makes your daughters eligible for the DAR, Daughters of the American Revolution.
Last edited: Aug 9, 2019

As usual, just getting caught up and noticed I had missed @Vermont. NIce photo and I like your chest rig, serves as extra protection and easy to draw. Thanks for your service.

Been on Mud a couple of years; did not notice Veterans' Highway until the other day.

I grew up watching Wild Kingdom, and decided I could not make it through this life without a Land Cruiser, just like Marlin Perkins. I have acquired two 100s in the last two years, both purely on impulse.

I am enjoying reading the bios in this thread. Lots of great Americans.

Welcome to the Highway Clarence. Thanks for your service. I remember Marlin Perkins, he had some interesting adventures.

Welcome Boo (@booradley)!! Thanks for your service!!

Welcome @booradly. Thanks for your service.

From one veteran to all the others, thank you for your service.

Found mud while looking for a family adventure rig, purchased my 2015 TLC 2 months ago and shortly after signed up here. Have some mobility problems these days, hence the motorized pursuit down range.

One day in a few years, I hope to take a summer break and show my kids (8yo boy, 5yo warrior princess) the best parts of our country. Looking forward to maybe running with a few of you guys on our adventures.

Hi @broomstick , welcome to the highway. Thanks for your service. The sooner you start on your journey the better. We did the trip while ours were pre-teens, later they were a pain.

Welcome @Boomstick !! Thanks for serving!!

David here. I've been on Mud only a short time, but am amazed at the amount of support, knowledge, and advice freely shared throughout the community to help others succeed during their personal FJ adventures. After many years of looking and dreaming, I recently purchased my first LC (First FJ thread). 1987 FJ60, 197K mi, stock 2F w/4-speed transmission 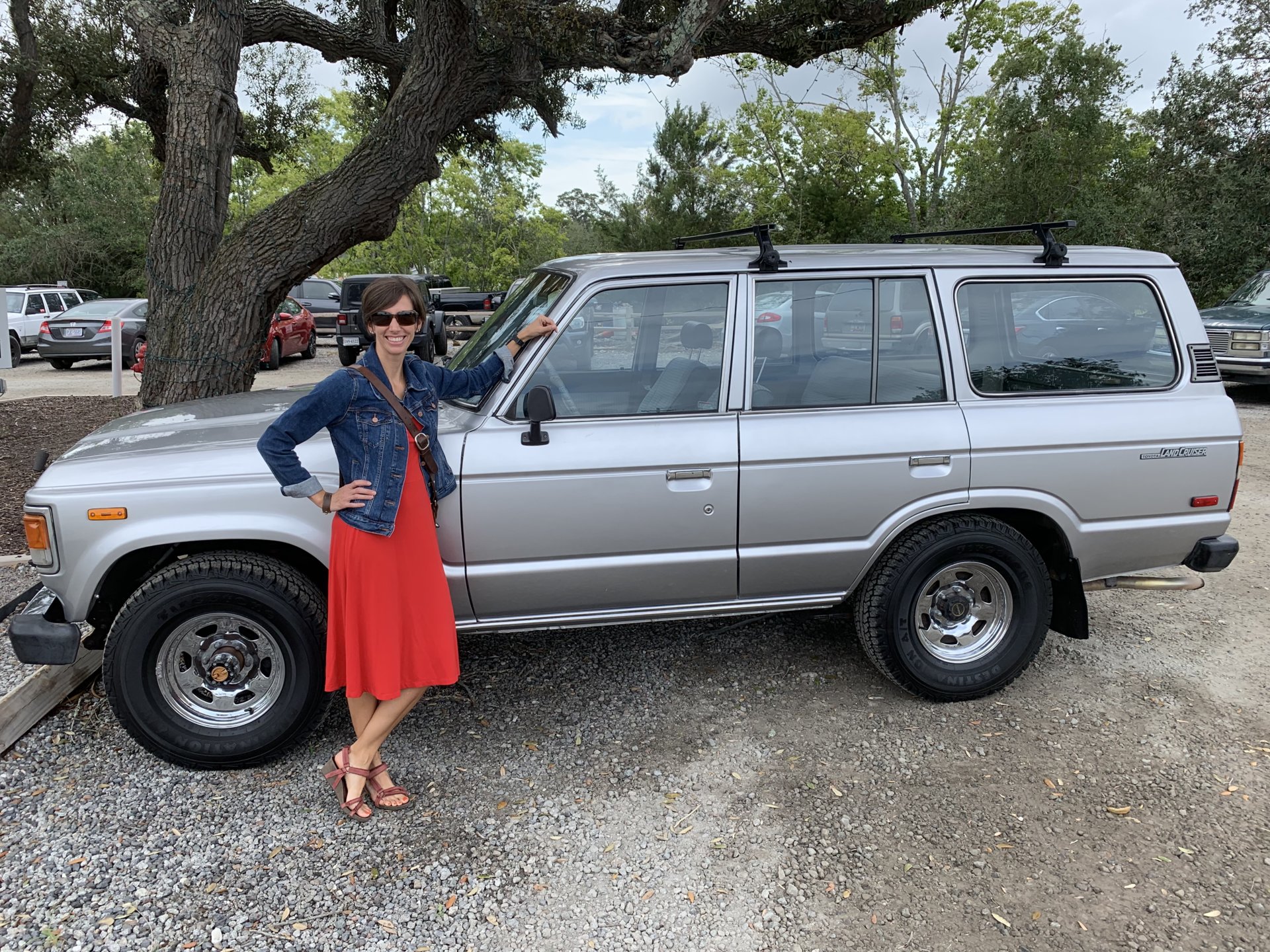 Joined the GaARNG in 1997, transitioned to Active Duty in 2001 and currently stationed at Ft Bragg. Since then, I've stayed busy (OIF x 1, OEF x 3, Africa, Central America, a few other random places). I never really thought I'd stay in for this long, but my family has a long military tradition so I don't really know much else. Also, I love the community (esp the Airborne community) and the people it attracts. I've had the great fortune to be surrounded by, coached, mentored, and friends with some of the most amazing people I can imagine. 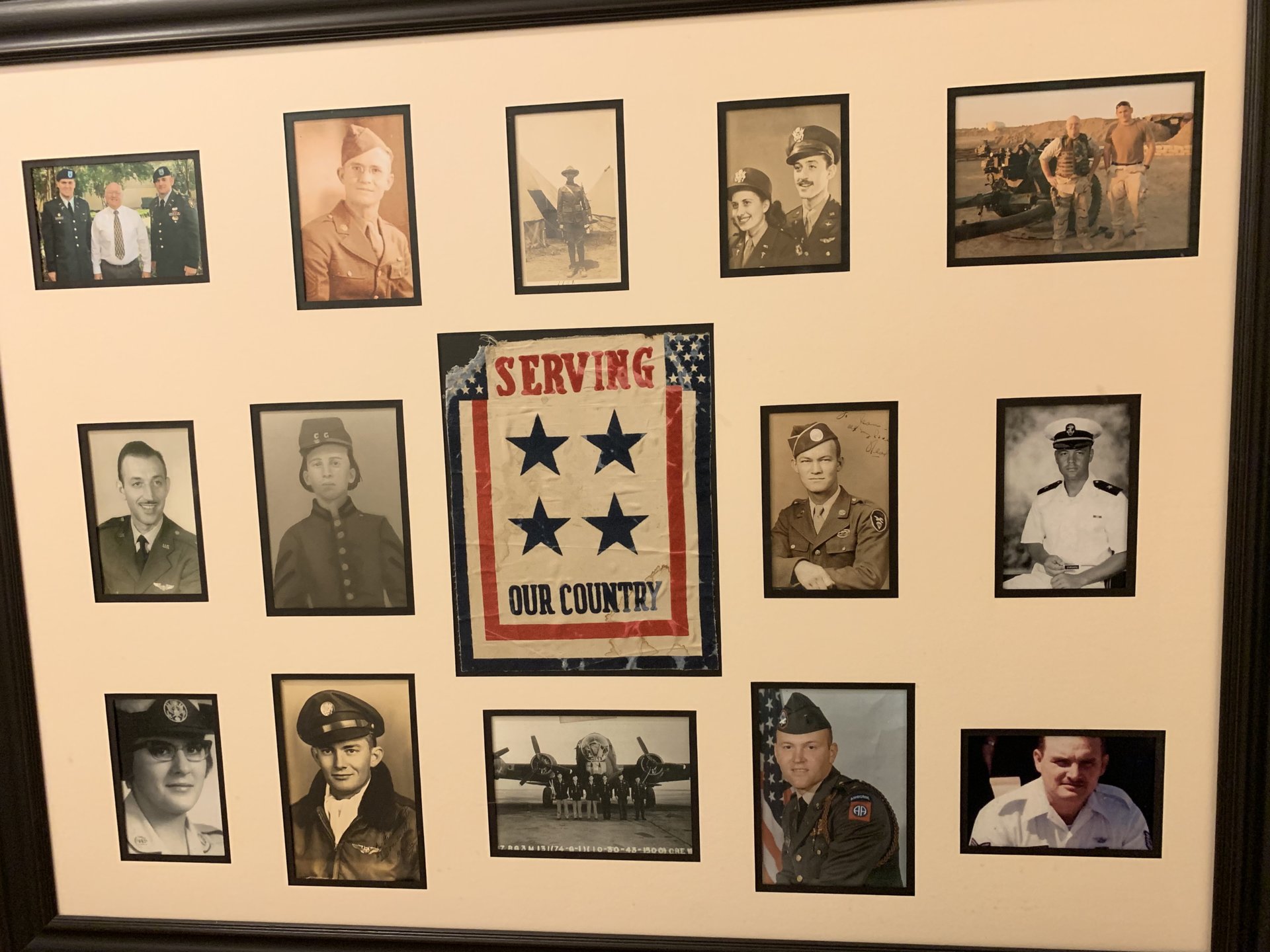 I see retirement on the horizon and quickly approaching. The FJ60 is part of that post Army plan to enjoy some quality times with my daughters (5 & 10yo) and wife. I didn't grow up as a "car guy", but am happy I found MUD to help me get up to speed as quickly as possible, even happier to have found the Vet Hwy.

Welcome to the highway David. Thanks for your service and continued service. You have a great tradition shown in the bottom picture. Your FJ60 is too clean, it needs MUD. Teach your daughters how to go camping, fish and get dirty. Your wife is happy - Happy Wife Happy Life.

Welcome David and thank you for your service!!