Tonight while driving home from work the glass in the moonroof of my 2013 LX570 suddenly shattered. Nothing hit it, it was not previously damaged. When it shattered it sounded like a gunshot and completely shattered. Thank goodness I closed the inner sunshade before the glass fell out.

Has anyone else seen this? I'm sure it will be covered by warranty but I am just surprised this happened. I'm only 7 months into this relationship and I've had more issues with the new LX than I did in 16 years with my 100.
Last edited: Nov 5, 2014

This happens from time to time on all makes and models... it's not just the roof glass either... and yes, it makes a heck of a noise.

Im sorry you have had bad luck with your LX. Don't give up on it!

Thought I'd add a picture as well. It looks like the moonroof blew outward rather than inward. 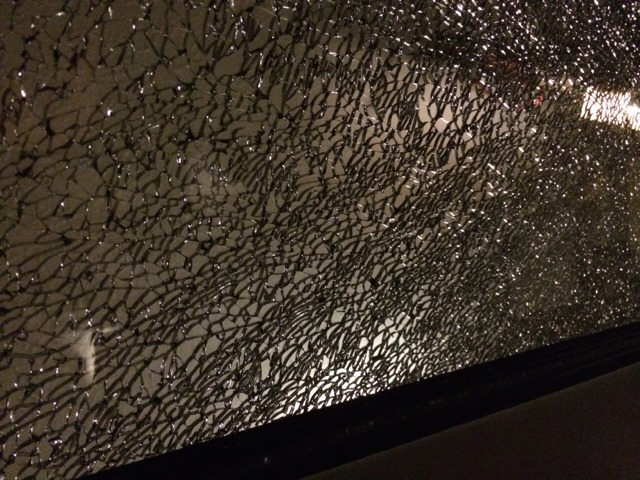 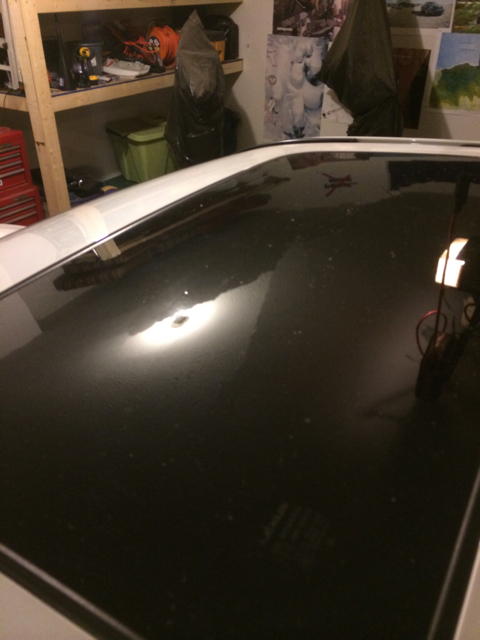 Did you have any of your windows down? I am wondering if the break was caused by cabin air pressure.

I never heard of this; also somebody in this wide reaching forum I thin would have mentioned it before. Glad it kept together and did not rain down inside. see what dealership says; if they have heard of this let us know. Funny is that you were just driving regular and not 4 wheeling and flexing the body?? Keep us informed.

Run a quick search on the web, you'll find plenty. About 25 years ago I had this happen to the rear hatch window on a VW Scirocco. BANG!

I was driving on the freeway, windows up. Dealer said he has seen a few across his entire product line. My guess is the glass may not have been annealed correctly at time of manufacture. I have it into the dealer now and I hope I will have it back tomorrow.

this happened to me in my 2003 100 series, driving on the freeway all windows up, next thing you knw I hear a loud blast and then I was covered with glass. It was a bit startling and it took forever to get all of the glass out from everywhere etc etc etc...

Makes me wish for the return of the metal sunroof like I had on my multiple Mercedes Benzes and Porsches.

Lost in the desert

I've only had glass shatter once and that was by reversing an X5 into a tree, with my defender i had a huge spiderweb crack the whole span of the windscreen but that was due to "HULK MAD! HULK SMASH!"

It sounds like it happens to all sorts of vehicles. We had a Mazda Tribute that the glass shattered on the rear hatch. I thought "kids in the neighborhood", but never found evidence, plus it shattered outward covering our 80's hood with glass. This was sitting in the driveway at night. Weird.

Did Lexus replace the glass? How did they treat you? Loaner?

Right now I am in a discussion with Lexus. Although it was the inner glass that broke, with some damage to the outside glass, they are saying it won't be covered under warranty because they believe (with no physical proof) that something external broke the glass. I obviously disagree so I am negotiating with them. It took a whole 2 seconds on google to find pages of complaints and recalls due to shattering moonroofs. Audi and Kia even have large recalls for this issue.

I am confident they will do the right thing. The dealership has been great as usual and I am sure that, once the facts are clear, Lexus will take care of it.

The loaner? They loaned me a very nice 2015 RX. Nice car but my wife looked it over and declared she would stay with her RX400h.
S

I had that same thing happen with my old 2005 Land Rover LR3. For no reason, sunroof shattered. At first LR dealer said it would not be covered. However, I took it out of the truck carefully, secured it a bit with painters tape and took it in to them. They inspected it, and did not have any evidence of a physical impact. This was after I was at the parts counter ready to pay for the new glass. After looking at it, they said the warranty will cover it and gave me replacement glass free.

It was good it was covered. However, I sure wonder if they saw a profit opportunity. Submit the claim for them doing the remove and replace, when they did none of that. . .

Lexus decided to cover it. They told me that the sunroofs usually break within the first year if there is a glass manufacturing issue. Although my truck is a little older than that they realized I was a good customer that had bought a lot of expensive cars from them in the past so they did the right thing. Really impressed with their integrity.

With my unspent repair money I bough a new set of Blizzak DM-V1s from the dealership. Can't wait to pick up my truck to go play in the snow. 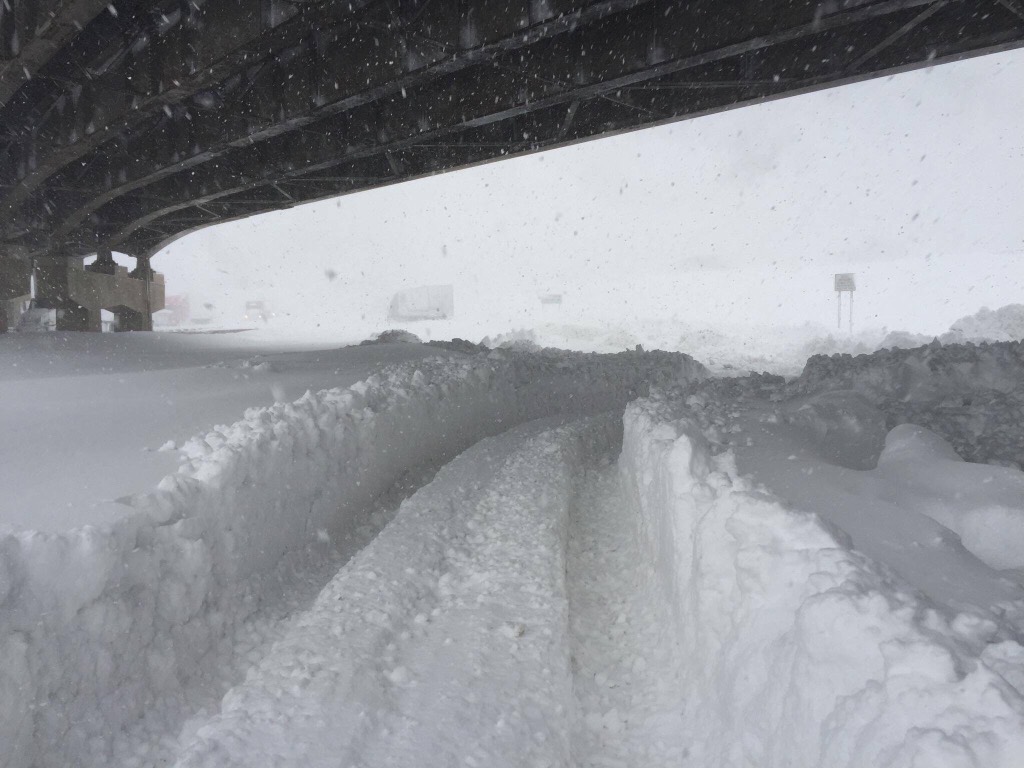 means if you are not a good customer ( their concept ) with some good $$$$$ spend with them .. they will not replace it under warranty ... not good in my books.
D

Just happened to me tonight, 2014 LX570. Will call dealer tomorrow to see if there is any help, but I doubt it. I will try and post pic's latter
You must log in or register to reply here.