Greetings mudders - long time lurker, first time poster.
I've been trying to get my hands on an FJ40 for a while now, and one popped up pretty close to me.

Pros -
rust isn't bad. spots here and there but on the whole it's mostly surface rust. underside looks decent as well.
drives great, starts right up without issue.
has been sitting outside in the owner's driveway for a while and I see no oil / fluid stains on his driveway from where it has been parked.

Cons -
The frame shows a serial of BJ40 - 0319##. The engine is a gas 2F, and the current owner doesn't know the backstory. Claims the title is all good, not salvage.
No hardtop, no ambulance doors. Selling with a pretty beat up safari top and soft top with holes and ducktape.
Diamondplate bolt-on rear door replacement.
custom hood ornament that probably has holes drilled into the hood.

Would absolutely love to have a "really nice" FJ, and in fact there's one about 5 hours south of me that I have my eye on as well, but would cost another 12k to get. As it stands, this guy is asking 14k for his. The frame / engine discrepancy kind of alarms me, especially if I have to try and resell it. As it stands though, I feel like it would be a fun truck to bum around town on nice days.

Would you guys recommend this without knowing much more about it, or is it a pass? What would be a fair counter offer? 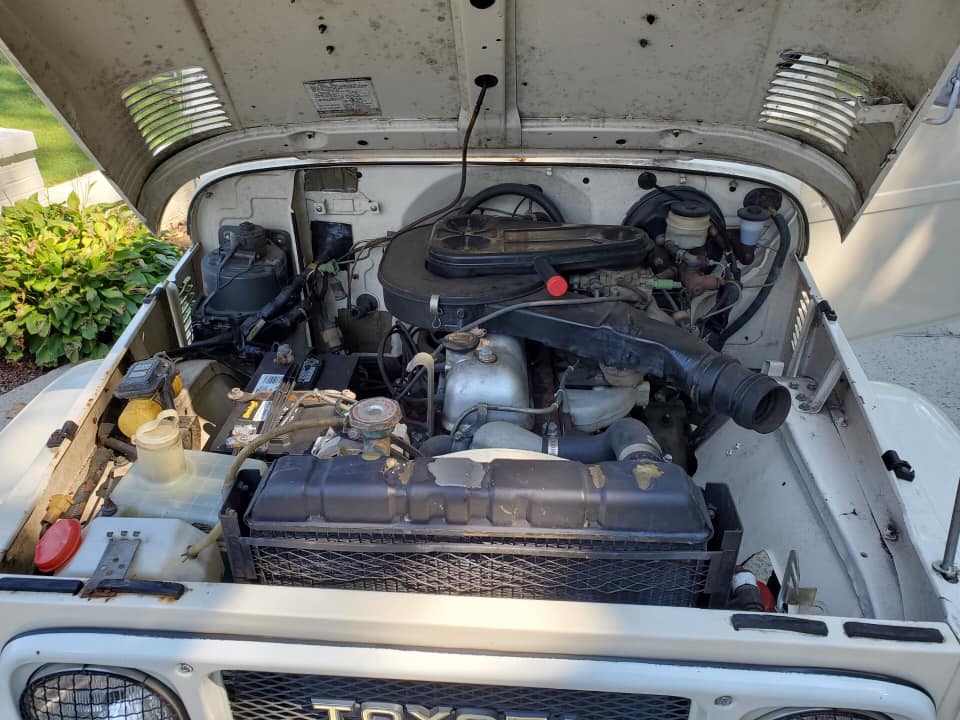 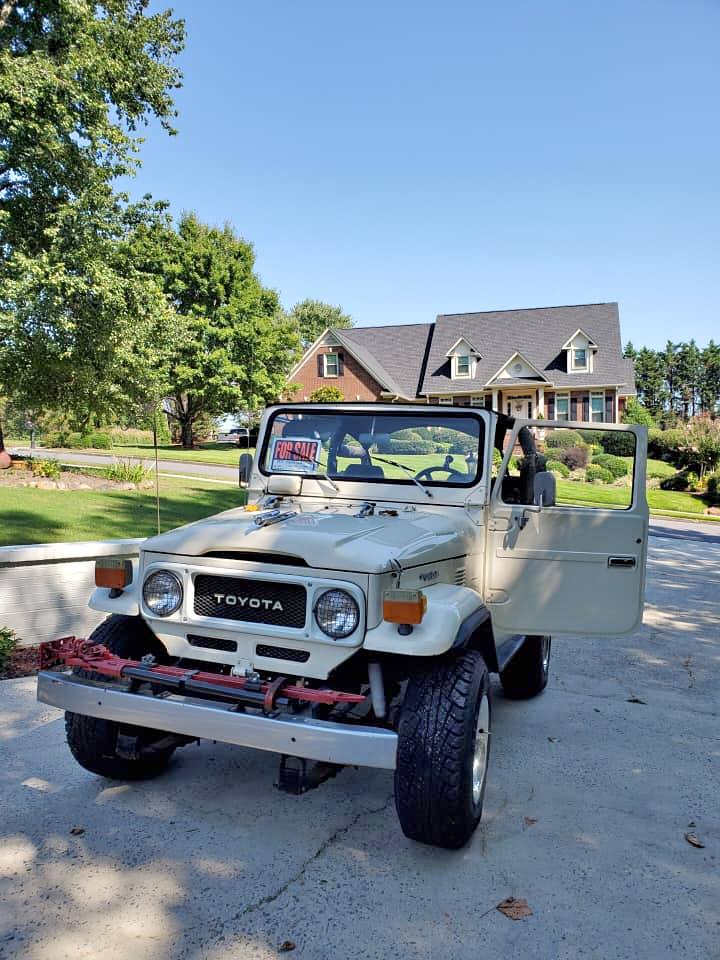 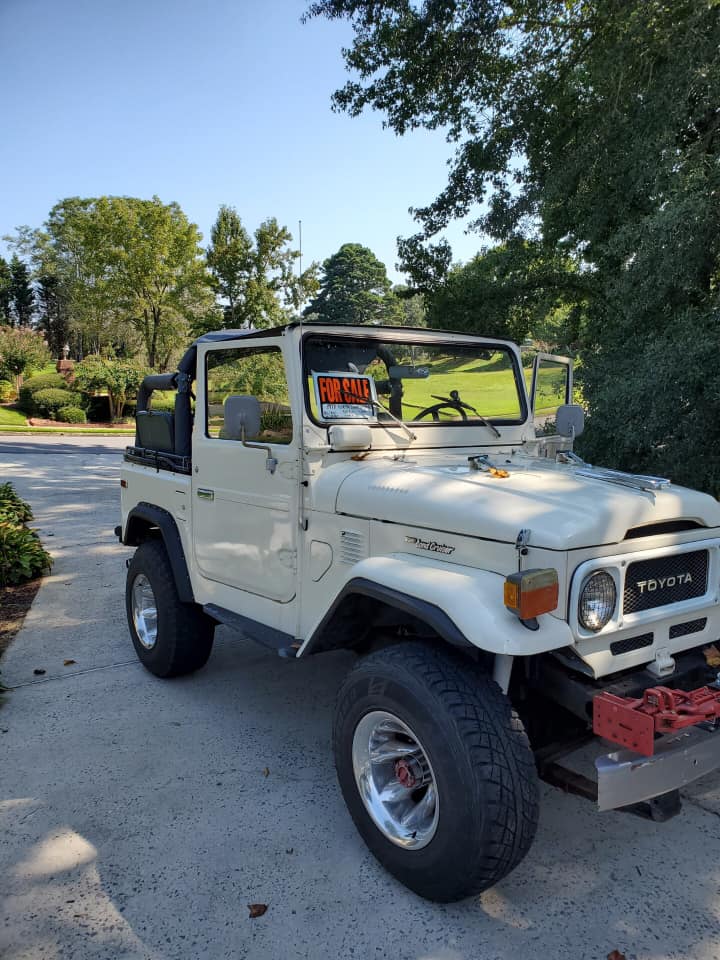 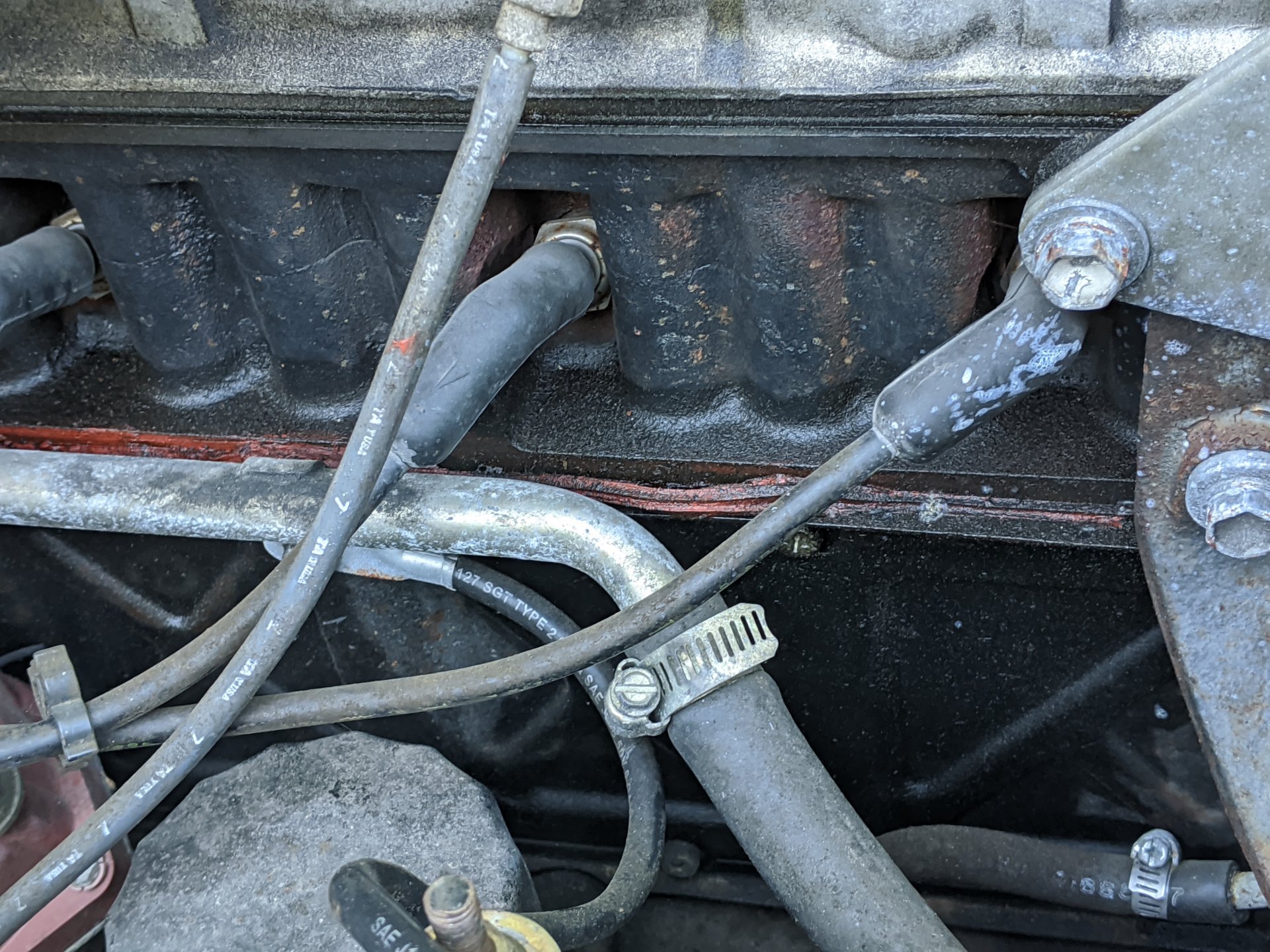 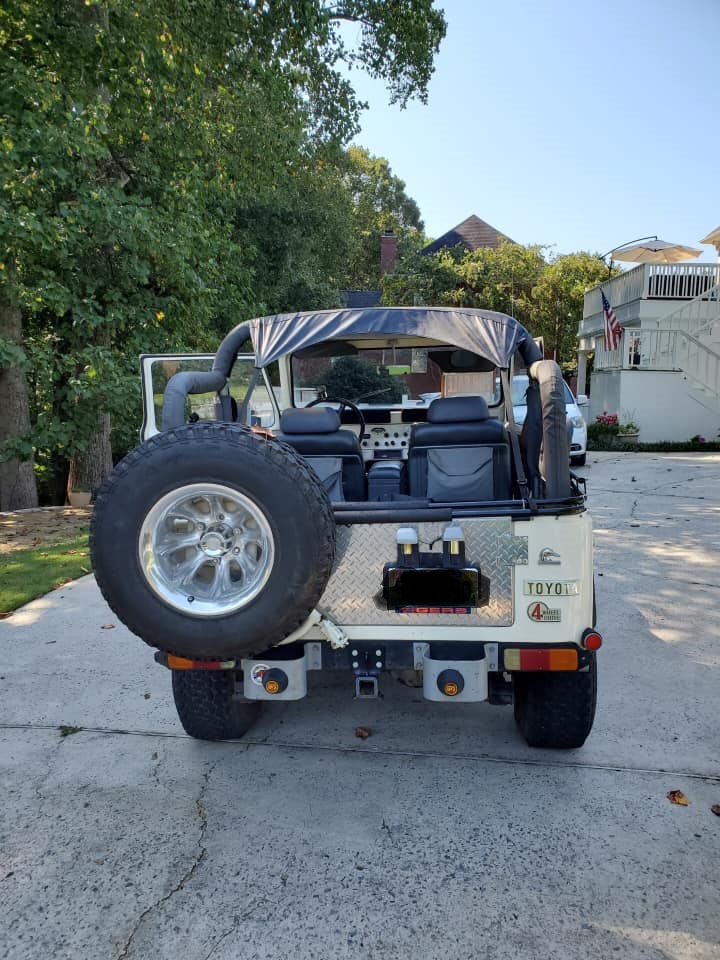 Lipstick on a pig.

The rear sill has been bondo'd over. No seams showing. That's probably why there are no rear doors. I would bet there's a lot more hidden.
A

I would have never spotted that - had to look up what that was in fact, I'm really ignorant about these still. Thank you!!!
B

Not saying that is wasn't a 14k Cruiser at some point in time or it won't get there again, but right now? No way. I paid half of that for mine about a year ago. The only difference was that I KNEW how bad the tub was and what I was in for. That was even before this whole COVID thing softening the market. Also red flag when stuff doesn't match and the seller "has no idea the backstory." A lot of risk NOT priced in at 14k.

I'm in the" hard pass" camp at that price. If he was in in the 10k region that is a decent buy in my opinion. I do not care if that is the original motor, but you could work the discount for that as well. The problem is the lack of a hard top. If you spend 2-3k finding a decent one, it will not match in color. You might as well spend 17k for one that is complete and has a top. I can find a cj5 or cj7 top within a few days, but to find a complete fj40 top not rusted out is a big deal.

There may not be too many FJ40 in the south, when I lived out there it was Ford vs Chevy. If you are willing to drive I am sure more will pop up soon.

mb80386 said:
That was even before this whole COVID thing softening the market.
Click to expand...


off topic, but COVID softened the market for new and used regular cars. Lcruisers and classics still sell when priced right. It’s discretionary money. If you have it, you still buy what you want.

i decided to downsize this year, and sold 4 vehicles since April—- longest took 3 days
M

Shes Mad said:
off topic, but COVID softened the market for new and used regular cars. Lcruisers and classics still sell when priced right. It’s discretionary money. If you have it, you still buy what you want.

i decided to downsize this year, and sold 4 vehicles since April—- longest took 3 days
Click to expand...


Agreed. I was just speaking to that it seems that on the other side now that people are needing then money the first thing to go are usually past discretionary purchases. I would assume that full restos are still going for the same and full projects also, but I have anecdotally noticed a reduction in the prices of the ones in the middle. I bet there is a regional component as well. However, since you have sold multiple during this time frame, I defer to you.

How do you put the square bezel on upside down??

Not worth the asking... Probably a SA hack job frankencruiser.
M

I’ve seen that one for sale for a while now during my daily searches. There’s a reason for that. Lowball offer or pass.

I agree about the engine swap. However...

Does the frame serial number match the vin plate on the driver side door sill and the title? All three should match or you have a Frankenstein FJ40 and that does affect the price.
You must log in or register to reply here.

eBay 1982 FJ40 on Ebay - Price just a littttttttttttttle off

craigslist 1974 FJ40 Survivor in Horizontal Blue? No Hard top but right price - it will sell