For those of you living in the cooler states, this may seem a little extreme. My, as well as others I know, P/S systems have a difficult time in SoCal. The reservoir will actually overflow while wheeling due to the heat. I flush my fluid every few runs and it is always dark and burnt smelling.

I have installed a Hayden 1678 tranny cooler, which is pretty popular with the 4Runner/Taco crowd for tranny cooling. In addition to the cooler, I have mounted a pusher fan right in front of it. I have run the wires but still need to plumb and wire it. I will also mount an identical fan over the factory tranny cooler. Hopefully this will help combat the CA heat. My plan is to merely wire both fans to an on/off switch though 2 relays. I will turn them on as soon as I leave the pavement as I think that is a better (and simpler) plan than any type of temperature sensors.

Only time will tell whether this helps but I really hope that it does. I will post my findings as soon as I go wheeling again. Here are a couple pics of my progress so far: 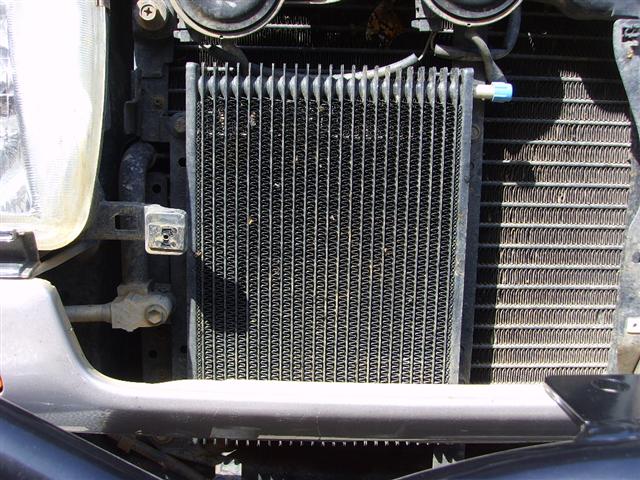 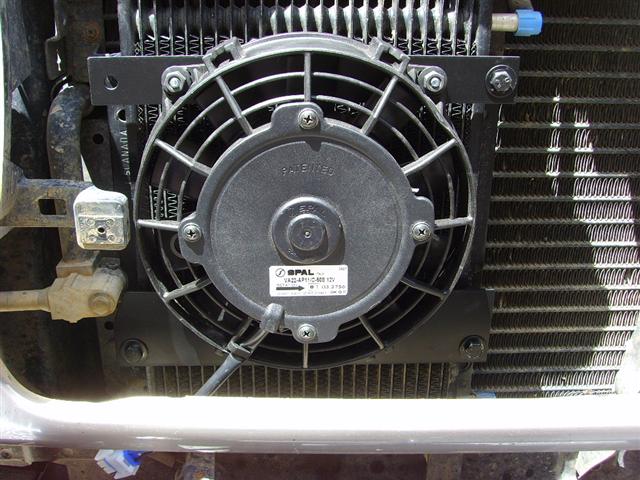 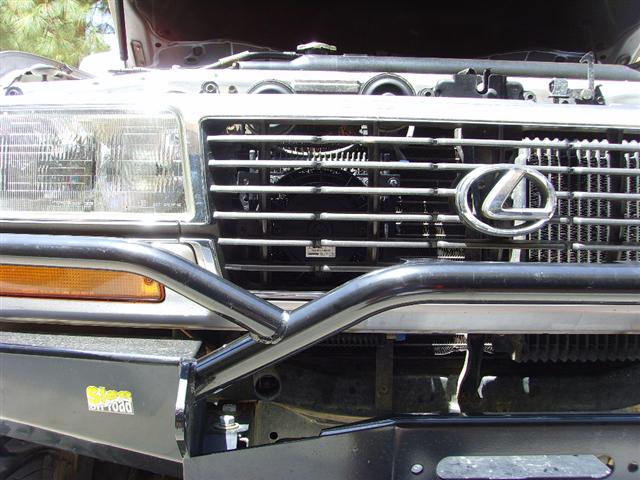 On a side note I've switched to Mobil DTE 25 hydraulic fluid and the pump noise and burnt smell is gone. Using ATF synthetic and DTE 24 burnt rather quickly.
WEBSITE: Landtank Products

619TOY said:
Where do yo find that? And don't you live in a cooler region?
Click to expand...


I get it at Grainger's by the gallon jug. Yes I live in a cooler climate and have a finned cooler as you but I'm still steering 35" tires as well as running a hydraulic winch. The winch doesn't get used all that often but the big tires in 100* heat gives the system a real work out.
WEBSITE: Landtank Products

very interesting mod...will watch this cause I used to have a nice power steering cooler on my 60 with 37's and never thought about one on my 80...guess I will follow this for info...

Cool, I have a Grainger's in town. First I want to see if the cooler/fan helps. In the event that it isn't as successful as I hope, how do you make the transition? Do you completely flush the system and start with new fluid or are they compatible? It would be convenient to just gradually replace the fluid using the RavenTai method. That is how I currently do it.

Trying to sound as minimally ignorant as possible It's just that this is the first time I've heard of this. I have however, heard of the addition of Downey but I have no unhappy noises, just unhappy steering
Steve, Tammy, Jez and Jax. Rest in peace our co-pilots and Dober angels Zeus and Zoey, Land Cruising will never be the same without you.
'97 LX450 with 6" lift, 37” Pitbulls, 5.29's, 3.11 T-Case, F&R chromoly axles & some armor
ROTW ROTW II Rear Storage
'13 Land Cruiser: ICON lift, 34" Nitto’s, Prinsu Rack, Slee Sliders, BB Stage 4 Skids
200 Series Build and Adventure Thread

-Benjamin-
You must log in or register to reply here.