I think parts would be harder to come by . I imagine they are
simular in performance

Much less power. (Significantly smaller engines.)
More prone to rust in the important places like the chassis.
Bodywork is good. (Aluminium alloy.)
More prone to breakdowns. (Poorer engineering throughout.)

i have heard that they are very poorly engineered very easy to work on, but plan on working on them alot...seapotato on this board is currently working on a rover/55 series/60 series mutant thing...he probably knows a thing or 2 about them. there is another guy in my area who has had experience with rovers (not good) but i cant recall his handle on mud...

My neighbour has one and it's slow, doesn't break down too often and it's still a working truck

They are cool to have, but I would not even begin to consider one for actual trail use, for reasons already listed here.

Can't disagree with anything above except perhaps if they are limited to running on a farm and such like (in an unstressed state and the conditions they were designed for, they are quite reliable and tough. Once heavily loaded or severely tested they don't do as well as a Land Cruiser of the same age.

Engine is usually a 2 1/4 (2.25) litre petrol, no kidding! They get where they do because of a relatively low weight and gearing, often assisted by the narrow axles.

Most parts are avaliable in the UK at least but prices are going up.

I currently have a 74 88" Series III - it has a galvanized frame, but lots of dings/dents and rusty footwells in the bulkhead. This was an older restoration - so it has had quite a bit of maintenance done to it - including 3.54 Range Rover diffs to help it get up to speed on the highway. Parts have been extremely easy to come by (including the brand new set Good Year P40's with Wolf wheels I picked up this Saturday for $700 [selling the rims for $400] - rubber made in South Africa, wheels are new Defender take offs, a Defender 90 tailgate take off for $84, new galv. windshield with glass for $275, etc. etc.) - but several of the parts suppliers have closed shop this year - so expect repro/OEM sources to start to go up in price. The last few years of pound/euro versus dollar prices have hurt.

My girlfriend loves it (more than my 40 on 39's) - and we drive it daily around town and what not, with a soft top (galvanized bows and canvas that I picked up on eBay for $400 - po'd as I have had two Paki tops and couldn't afford to keep them). Perfect for my Rhodesian Ridgeback (funny thing being - I fell in love with Rovers from the many trips I did to Costa - never thought about it from the Mutual of Omaha perspective).

Offroad - have seen several in the Florida club wheel - including a high school buddy who recently did a Toyota axle SOA on his big merc 4 cylinder 88" (he gets on it in the mud), but I wouldn't do much in mine. 10 spline axles - weaker birfs - small and light and would wheel well - but just not stout and built up like a 40.

Reliability - again mine looks beat to death, but has a newer engine, frame, and other maintenance items. In two years - has leaked gallons of oil, but has never broke down - and the biggest repair was last month when the MC went out. Just needed a rebuild, but I picked up an aftermarket one for $115 shipped (will go back Lucas when I find a deal).

I also bought a fully restored 67 Series IIa with the lights in the grille, true tropical top (versus the sunsheet only on my 74), and lots of other goodies like an overdrive - brand new Turner engine, etc. etc. But it was too nice, didn't feel right or as tight as my 74, so sold it ASAP.

While I've always wanted a Series Rover - and they're really fun, looking back at all the money I wasted - I missed a really good deal on a true unmolested 78 FJ40 - and in hindsight - would have been better off with that.

Summary - don't do it. Get a late 70's restored FJ40 with a Paki top for Summer - and you'll be way happier, safer, and able to wheel harder when you want to.

Did a restoration on a '74 Series III a few years ago. The painter broke a half shaft moving it into his shop for final buffing. As sputnik said, you can wheel much harder in a 40. 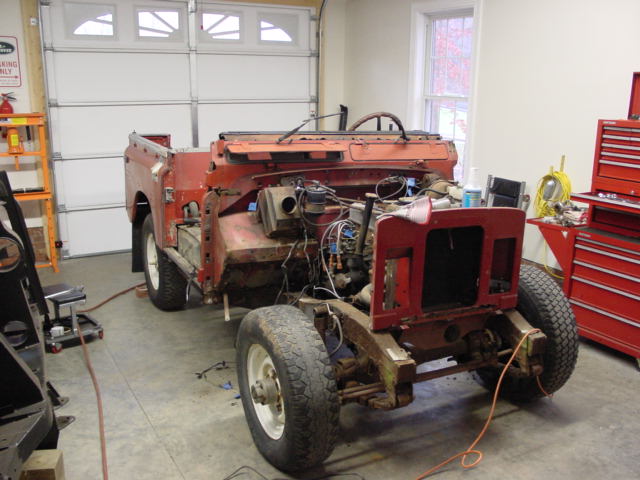 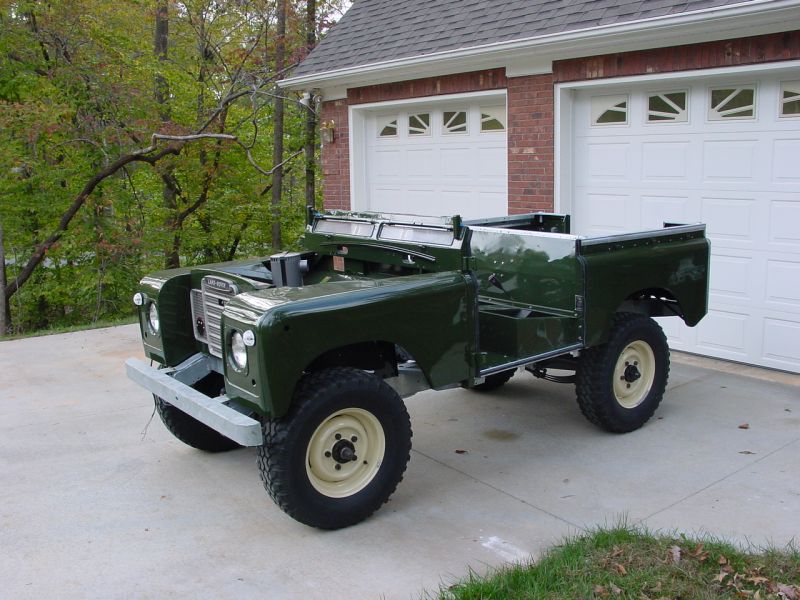 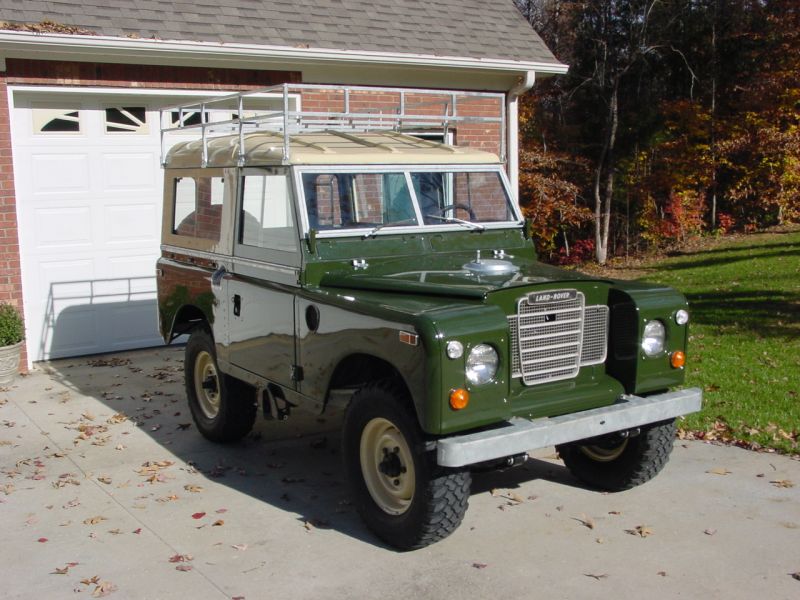 Very nice! I see one of these everyday about 5 minutes from my house.

I agree - That is very nice!

And the alloy body means it will sustain less damage by being permanently-left-out-in-the-weather than my 40 does.

Not really. I have a few additional shots posted here.

lostmarbles said:
I agree - That is very nice!

And the alloy body means it will sustain less damage by being permanently-left-out-in-the-weather than my 40 does.
Click to expand...

Except where the steel chassis is bolted the the aluminum panels.

Wagons, p/us, diesels, you name it!

The owner of the yard wants a FORTUNE for his rigs, even for the basket cases.

I'd say the 40 is a better wheeler and less costly to operate.

If it were vice versa, this site wouldn't be so Huge.

Wagons, p/us, diesels, you name it!

The owner of the yard wants a FORTUNE for his rigs, even for the basket cases.

I'd say the 40 is a better wheeler and less costly to operate.

If it were vice versa, this site wouldn't be so Huge.
Click to expand...

Yup - mostly junk that was - and damn, the ticks! Even with the warning I collected a couple - thankfully Linda or Lola didn't get any.

Apparently the other Rover folks know about his stash - nothing that generates any serious interest. Damn nice fella either way - and if having a Rover junkyard is what trips your trigger - then he's cool in my book.

The older Rovers are nice but the parts are hard to get and a lot of them are very under power. Fj40 is the way to go

Parts are plentiful and inexpensive if you know where to look.

Check out a Rovers North or Atlantic British catalog. I'd even say they're easier than classic Toyota parts to come by. There are numerous companies out there that are manufacturing parts for classic rovers and they're not going to go away anytime soon. Britpart is an OEM supplier and makes brand new parts for Series I Land Rovers.

I run with a group that has both classic Toyotas and Rovers and they both do fantastic off road but I think the Toyotas are a bit more reliable. However, from what I've seen, the rovers are easier to service in the field. Obviously this is my opinion but it's from years of wheeling with both vehicles.
You must log in or register to reply here.