What are the Pros/Cons of each? All opinions appreciated.

Only one lets you start yourself with a dead battery

I have done both lq4 with cam swap nv4500 4:10 gears / lq9 no cam swap 4l80e 3:70 gears both haul ass for sure. There something to be said about down shifting from 5th gear to 3rd gear at 6000rpm will definitely surprise a vet or comaro for a minute. The auto gets down too shifting from 1st to 2nd takes a minute and will make you let off the gas a little to go ahead and upshift into second before speeding ticket. The manual I have never rsn 4th gesr sll the way out just 3rd plenty fast enough to loose your driver license. The owner @Str8Razor has ran 4th out. Oh yea did i mention burnouts.....

Manual transmissions make me feel like I'm driving the truck. Automatics put me to sleep. Autos are less tiring in bumper to bumper traffic though - if you can stay awake.

Thanks guys....im kinda a "manual for trucks" sorta guy....HOWEVER, remote start is veryyyyyyyyyyyyy appealing at 9600' in Colorado Nov-March. Sooo awesome to have such decisions to ponder.

What about going with a 408 rather than a Ls3? The more cubes the more torque down low. Just a thought.

White Stripe said:
What about going with a 408 rather than a Ls3? The more cubes the more torque down low. Just a thought.
Click to expand...

I can barely spell LS3...no idea what a 408 means or is. Is it sold new? The LS3 is sold brand new as a package...That sounds appealing. Pretty sure the torque of the LS3 will be a MASSIVE upgrade from the OEM Motor.

A Ls3 is a ls engine that is 6.2 liters. The benefit of going with chevy directly is its all new and ready to drop in. I personally would go the erod route if I was doing that because the emissions compliance would increase the value of the cruiser a lot. A Ls3 will be far more powerful, but it is a corvette motor, so the camshaft is made for hp rather than torque. Of course a different camshaft would help change that. A 408 is a 6.0 liter Ls engine with a stroker crankshaft which turns it from a 6.0 liter to a 6.8 liter or 408 cubic inches. You can buy a new 408 motor on summit racing and places like that or just have a machine shop build one for your needs. If your at 9600 feet, that altitude is going to suck a lot of power. A bigger motor will help offset that. But yeah all ls motors will be a huge increase in power. I was up by Eisenhower tunnel recently, and I was amazed at the power loss in my 6.0 liter. I think it's something close to 40% loss in power at those elevations. The negatives of going 408 is its not a factory built motor. 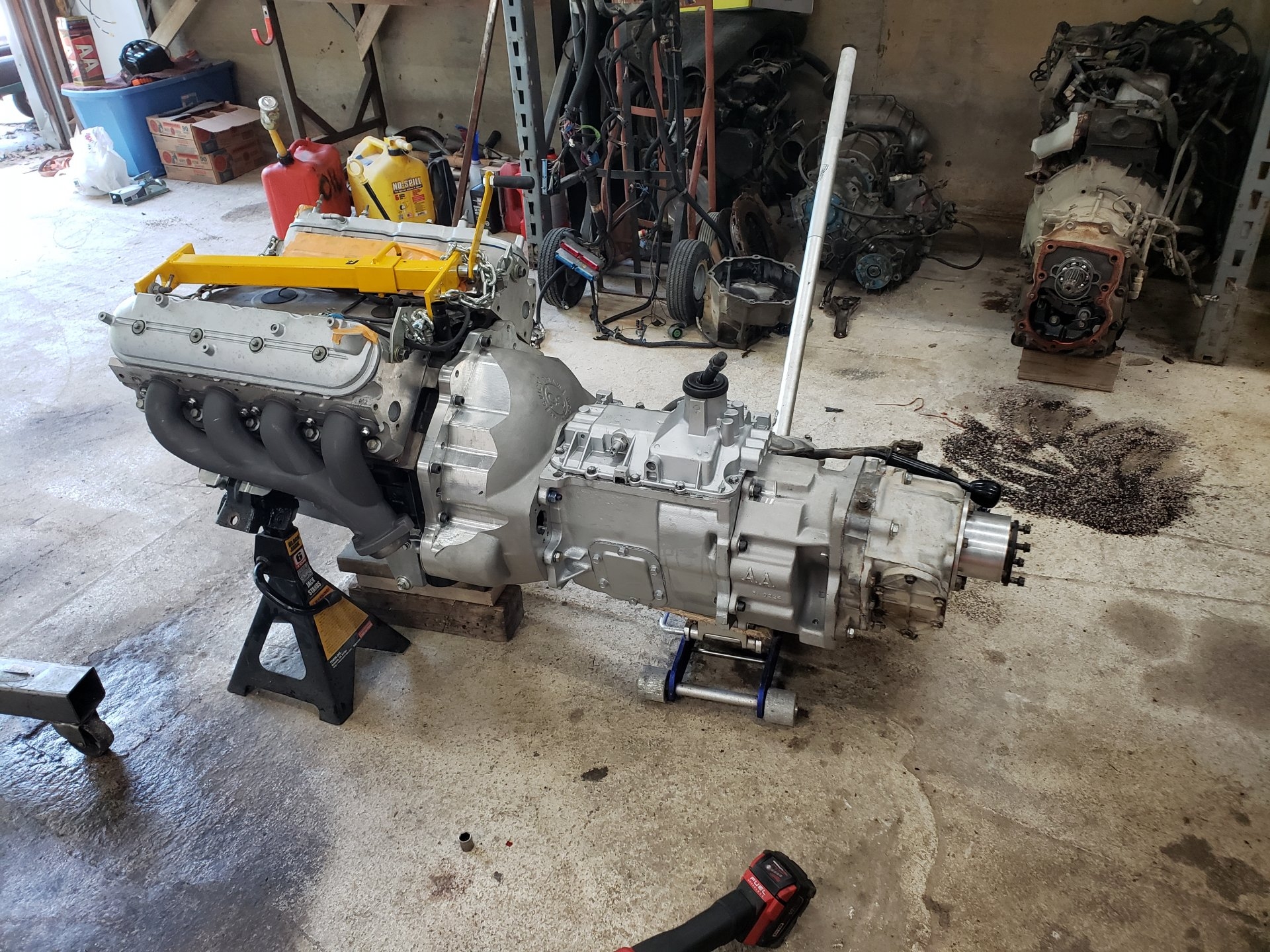 If it is the convenience of getting into a warm truck you're, look into getting a coolant heater and or oil pan/block heater. Heat right away and less wear on start up.

Why couldn’t you remote start a manual?

NMfjCruiser said:
Why couldn’t you remote start a manual?
Click to expand...

Kleatus said:
I just swung this into my 62 yesterday. NV4500. They are very stout and although the gear spread is not as "nice" as an H55 an LS V8 doesn't care. Especially an LS3. I have no love for 4L60s. If you are doing a GM engine there are 2 proven options IMHO, NV4500 or 4L80.
View attachment 2733617
If it is the convenience of getting into a warm truck you're, look into getting a coolant heater and or oil pan/block heater. Heat right away and less wear on start up.
Click to expand...

It's what is in a 2500hd gas truck 1ton truck transmission

tmxmotorsports said:
It's what is in a 2500hd gas truck 1ton truck transmission
Click to expand...

So, the Auto transmission that is sold with the LS3 isnt "proven"?

WSOPgold2012 said:
So, the Auto transmission that is sold with the LS3 isnt "proven"?
Click to expand...

tmxmotorsports said:
Didn't say that its a 4l65 upgraded 4l60 but neither were in a 2500hd truck
Click to expand...

WSOPgold2012 said:
So, the Auto transmission that is sold with the LS3 isnt "proven"?
Click to expand...

There is a good reason many commercial users really like and hang onto GM trucks and vans with the 6.0/4L80. They are about as bulletproof as you can get with none of the high-dollar repair bills of a diesel.

The gear ratios of a 4L60/65 have a lower first and taller overdrive though. The newer 6 (and higher) speed transmissions are also becoming more popular with swaps but many people not using a complete factory crate package have had issues making them work, and they're not as affordable as the 4L60/4L80.

If your expectations are to use the truck not much harder than your average soccer kid SUV, and 150k miles is an acceptable lifespan - then go for the soccer kid SUV trans. If you want the ability to beat on the truck like the convicts at Bubba's Landscaping do on the daily, and you're gonna be pissed if it doesn't last 250k miles, skip that half-ton stuff. 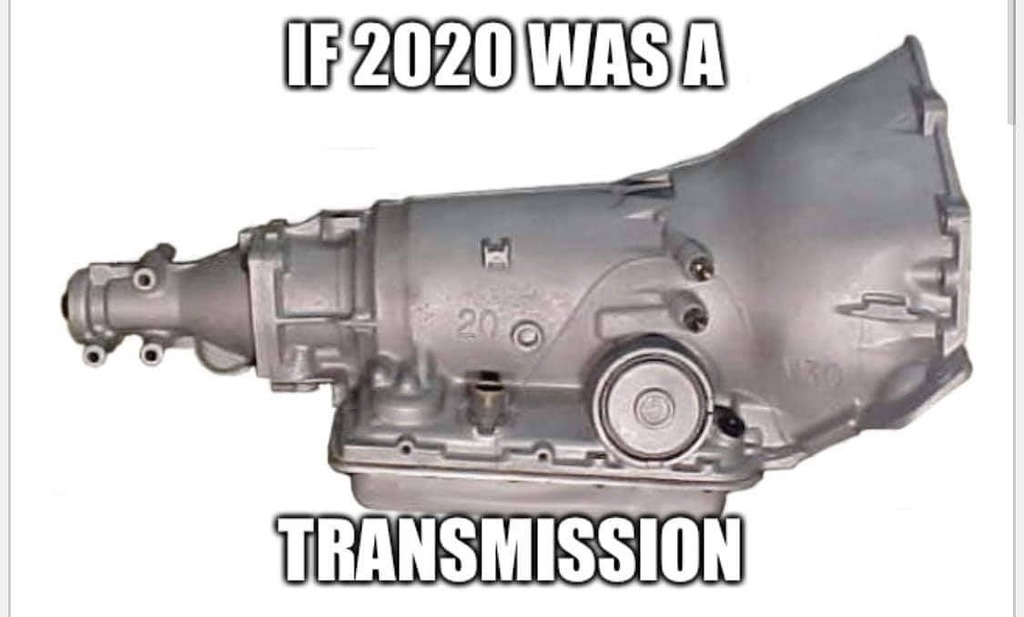 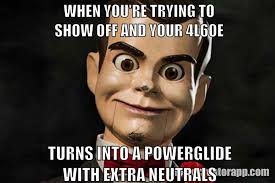 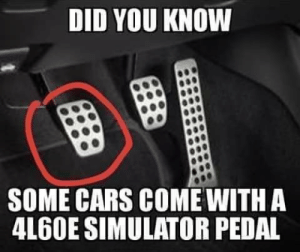 Thoughts on Smthn like this for a cargo Platform???

Suggestions on selling my 1987 FJ60 - your thoughts are appreciated.

Question for ppl that have done an LS3/Similar swap