This happened a few weeks ago and I'm just now posting.
My FZJ80 40th had stock springs and Bilstein 5100s with unknown mileage on them. Needless to say the ride wasn't the best. There was a lot of roll, and with old seats, there was not a lot of support. Add in a CVT Mt. Shasta my wife gave me for our anniversary and it was time. I chose to do a lift in stages. I paid Metaltech a visit, as they are local to me, and worked out a deal on a new Ironman 4x4 lift. I went with a new steering damper, Foam Cell Pro shocks all around, and the 24C Constant Load Springs up front and 13B Performance w/ Accessories in the rear. I broke it up over two months to make it easy on the CC bill. I installed the shocks and damper first. Then the springs and bushings about 3 weeks later. The ride is much improved and the roll has been reduced significantly. I take curves a little quicker now (never fast, it's an 80) and I don't have to brace myself as much. I have not been able to hit any trails since installation and the only offroading I've done is Bennett's Pass near Mt. Hood last weekend.

When I purchased the truck it has the ARB Deluxe and BFG KO 275/70R16s. I added the BFG KO2 295/75R16s (love them!), Prinsu Rack, and RTT. I failed to take pictures during installation. There are plenty of photos and directions out there (Slee Offroad is who I used) to get this task done. It was easy and I did it mostly by myself and with the help of @Pike with some of the springs to speed things along. I used a 50 ton press, a big socket, and a sawzall to remove the old bushings. I used a crappy template and a vise with silicon spray to install the new ones. I used the 2.5* setting. About 8 days after installation, I took it by Les Schwab for an alignment and it needed no adjusting. 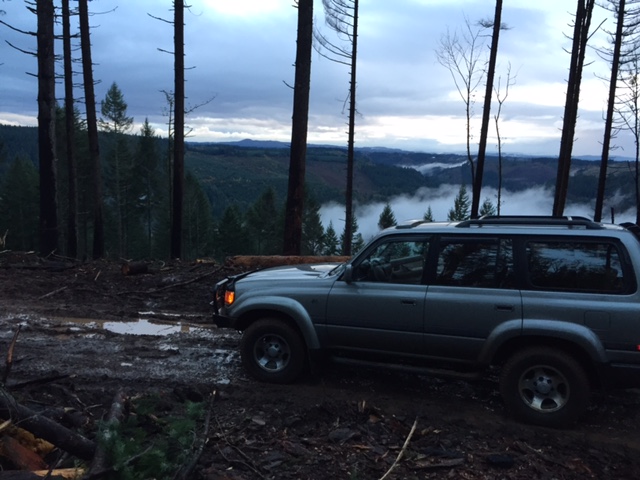 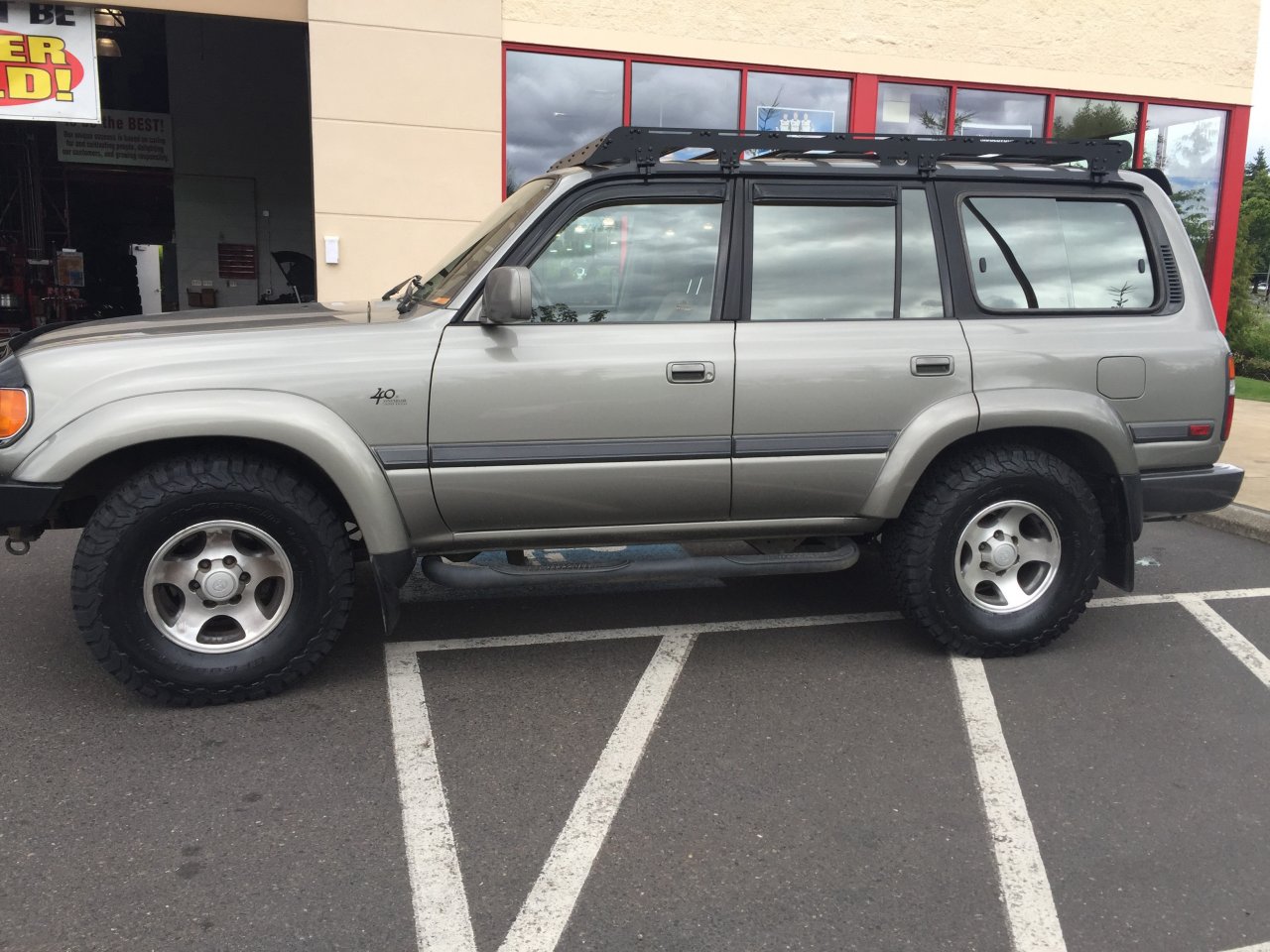 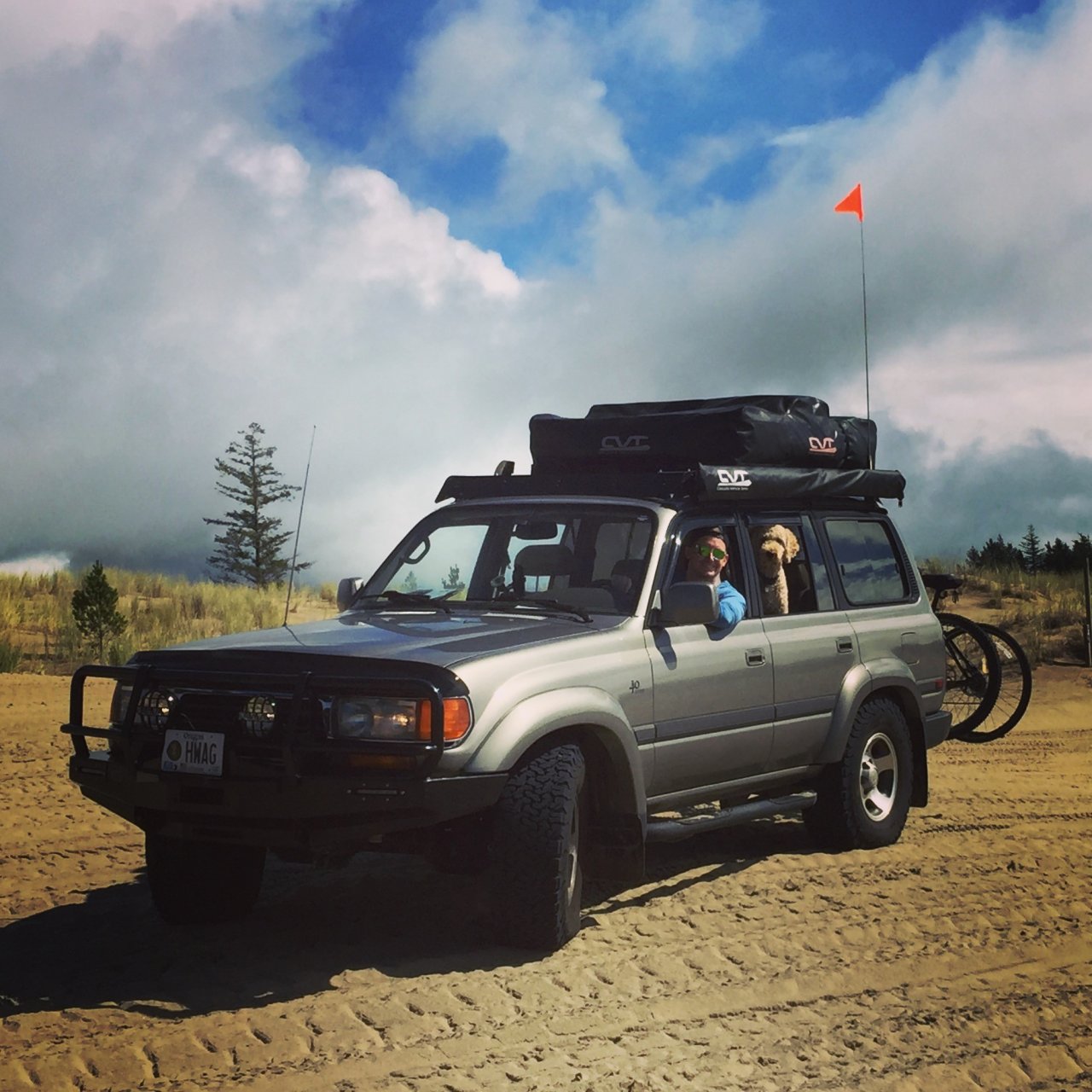 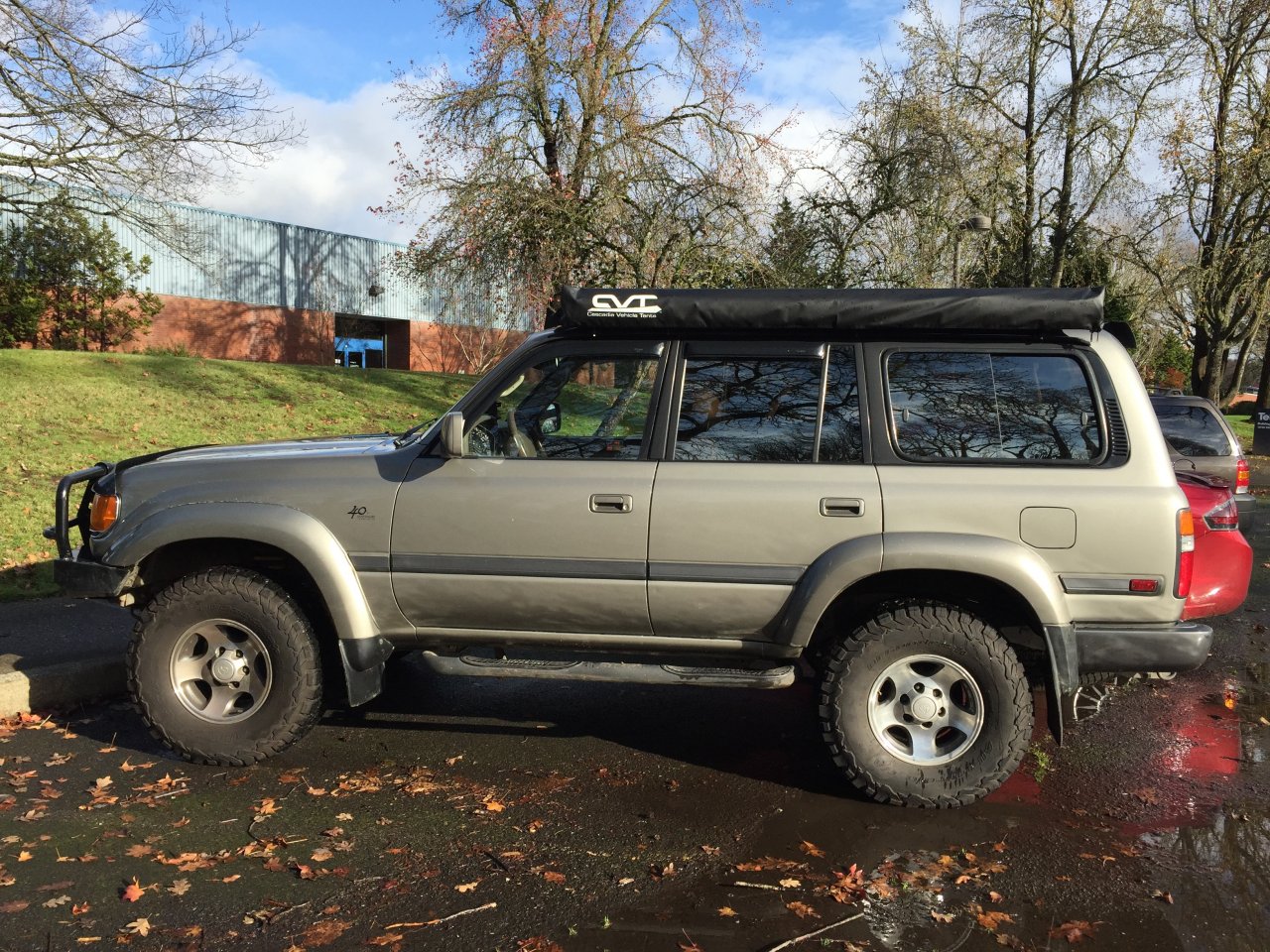 From ground to center wheel arch

I’m not a big fan of the Smitty-bilt steps that the PPO installed but they help now (and especially help my preggo wife). And they actually did save my rocker on Rocky Uphill in TSF at this year’s Cruisin’ the Woods. Step-sliders will likely be my next or my next next purchase.
You must log in or register to reply here.
Share:
Facebook Twitter Reddit Pinterest Tumblr WhatsApp Email Link

Ironman Winch to ARB Bull Bar....has anyone installed one?