I was approached by Mark Hawley from MetalTech about doing a test and evaluation on their new swingout bumper for the FJ Cruiser, the Red Eye II. Through FaceTime I was given a tour of the shop, and a sneak peak of the new bumper as installed on Mark’s orange FJ.

Because I had been contemplating on getting a swingout, I quickly made arrangements and was able to work out all the details with Mark. The prototype was removed from Mark’s truck in Oregon, and shipped to me in Florida. It arrived on a Friday afternoon, just in time for a weekend with no plans other than “Install the Red Eye II”.

The installation went very smooth, and all the required hardware was provided in sealed bags. I familiarized myself with the installation procedures of the Red Eye I, as the II also bolts to the frame-rails and uses the 4 long 3/8″ bolts that provide a clamping force onto the frame. Additionally, the bumper bolts to the rear frame crossmember to the OEM hitch bolt provisions. No alignment necessary, simply bolt it on and you’re done.

The thing I had going for me, was the fact I had a MetalTech tube bumper on my truck, so very little additional plastic trimming was needed. Trimming the plastic is easy, just cut a little bit at a time. 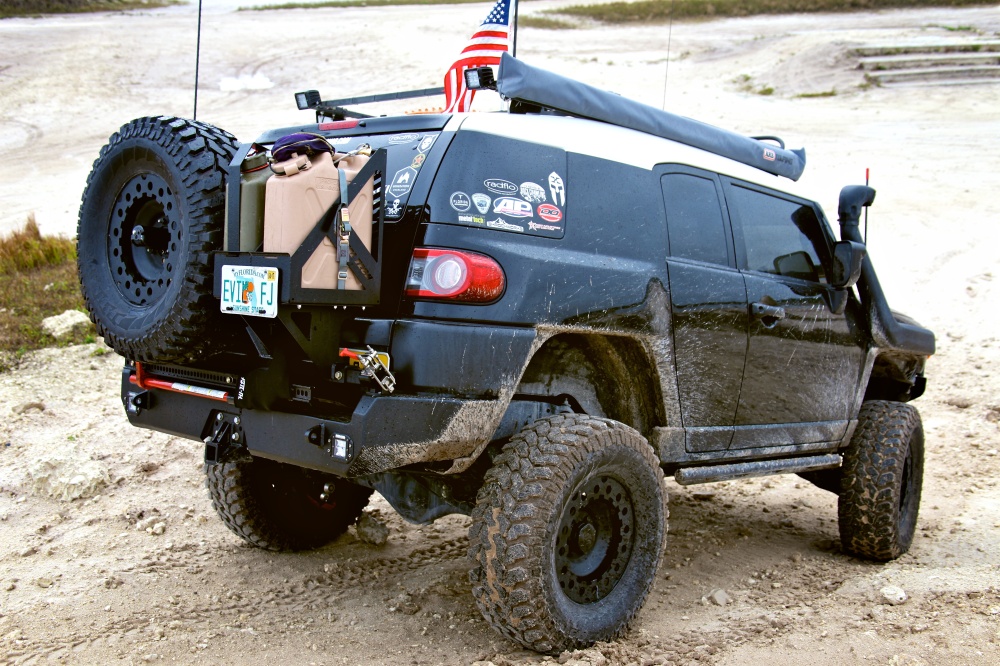 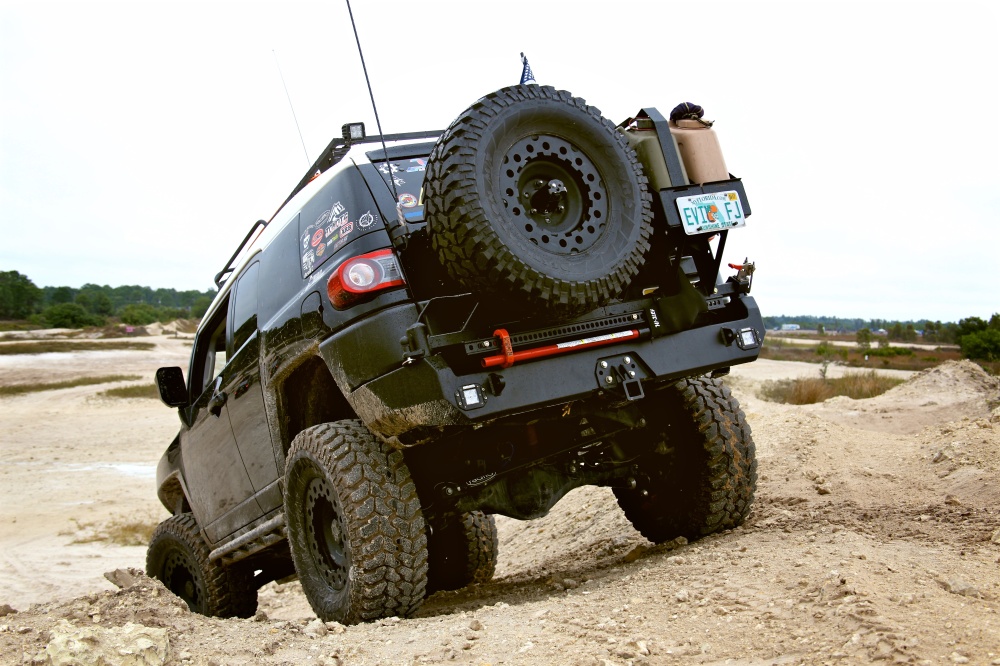 MetalTech addressed the two biggest complaints about the Red Eye I with this one: The rear exposed frame and the rear-door link.

The Red Eye II is now a 1 piece bumper, leaving no frame exposed. While some like that look of the exposed frame, most don’t.

The swingout arm has a big stainless steel over-center latch on the passenger side of the vehicle, and a spring loaded pin on the driver side, which latches the arm in the closed and open position, and the arm can be opened and closed independently from the door.

While the door-link is not included, it is an option, though I can’t see why anyone would want it. “Timing” the arm with the door on the Red Eye I, to both be in a position where they can be latched can prove challenging, and the door is essentially attached to the arm, so all the weight and momentum of the arm swinging open is still absorbed by the door and its gas strut. The Red Eye II has it’s own gas strut that does a great job opening the arm.

Once the bumper was installed, and the arm was attached with all the accessories I received with it, I was very impressed with the overall product. It’s a great looking bumper, very well made and finished. It becomes apparent from looking at the internals of the bumper that Mark and his team have spent countless hours designing the system to be as robust as it is. It easily handles the weight of a 35″ tire on a steel wheel with steel Rock Rings welded in place, as well as dual Scepter MFC or MWC cans and a Hi-Lift jack.

In the weeks I’ve been running it, I’ve quickly grown used to having to open the swing arm before the door, I’m happy I finally mitigated the issues that can develop from that big heavy spare. Plus, compared to having dual MFCs and a Hi-Lift on the roof as I had before, the truck is a bit less “tippy”.

Head on over to MetalTech 4×4, and talk to Mark or his team about this awesome bumper.

As with most things MetalTech, it’s offered in multiple “stages”, based on options.

Few more pictures and some install tips on my website, Evil FJ 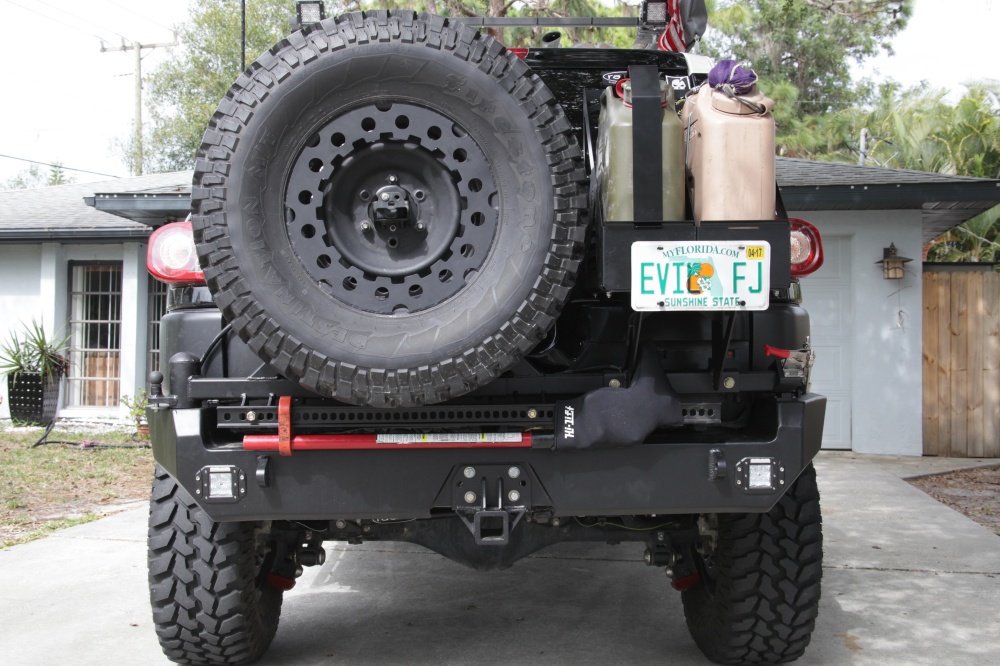 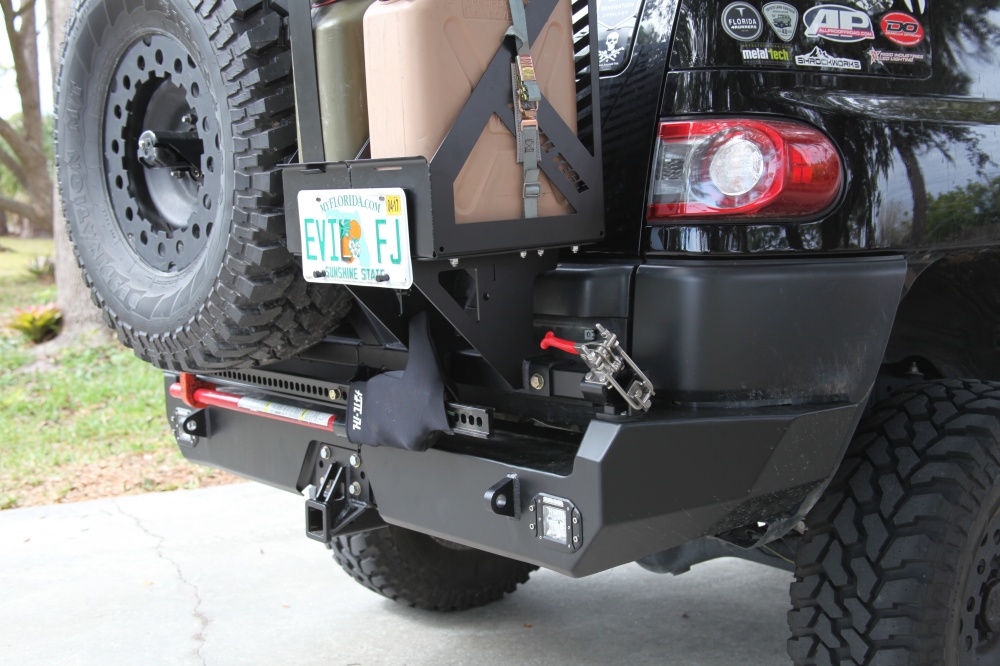 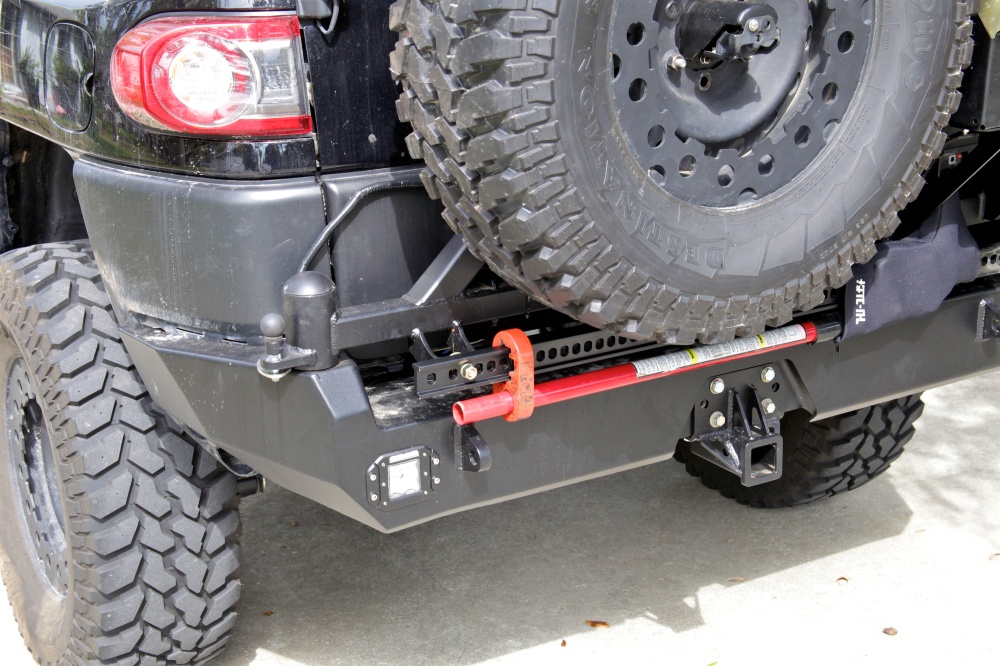 Nice write-up and thanks for sharing. I've been looking at the red eye for awhile now as an option. Looks like they've really covered the bases with this version. Does everything feel balanced? That's a lot of weight hanging on a single point load.

It is an insane amount of weight. The structure underneath the spindle supports it well though. It seems bulletproof.

How about departure angle with that hitch receiver, can that be removed?

firensteel said:
How about departure angle with that hitch receiver, can that be removed?
Click to expand...

Yep. It bolts on just like the OEM hitch does. I have it on because I tow an M416 with it. The departure angle of the bumper is quite good actually, especially if you omit the hitch. Not much lower than the frame crossmember.

That is a great looking system. I think its on my list too, will have to sell my ARB when the time comes.

Very good looking bumper, and an excellent option if I decide to unload my ARB bumper I just had put on last summer.

Looks like a great bumper. Just one question, what is this wiring harness connected to? Could it not be hidden better somewhere under the truck, perhaps? 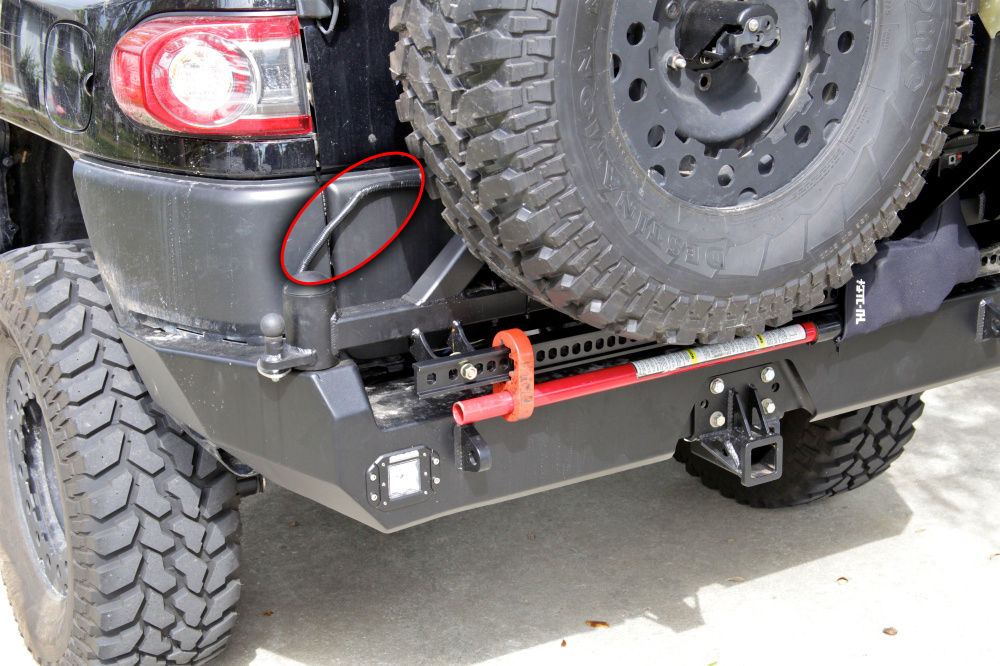