Just purchased a 1983 BJ46. Pretty stoked as we don't get the 40 series MWB here in Australia. Just have to get it here from NZ and that is just a bit of paperwork with the appropriate government departments and some freight and a small amount of duty.

Has been painted a different colour on the outside, but I plan on returning it to Mustard yellow. Chassis has already been sand blasted and painted, but body has some rust. As I haven't seen it, I will assume the usual areas, footwells and rear doors/guards. Will sort that out.

Car has A/C but no power steering but I pulled a BJ42LX to bits a few years ago and still have the power steering set up from that and also will put a full floater rear axle there as well from the BJ42LX chassis that I have sitting here. I have a new front ARB 40 bar here and also a kaymar 40 series rear bar as well. I was going to use these on my 4 door project but given I have an 80 chassis under it now I picked up a cheap ARB 80 series bar that I will put on there instead.

Car comes with a few extra pieces that the guy was going to change as he worked his way through a restoration but has run out of time or something.......... The 3B engine has a turbo on it, but condition of the motor is unknown and also has a 5 speed 40 series gearbox sitting behind it.

I should have it here in Feb next year all going well. As someone pointed out, I will then have a SWB a MWB and LWB 40 series. I didn't think of that when I was contemplating the purchase but it was a good price and given they are pretty rare, I thought why not. Will look at it when the 4 door project is completed mid-late next year. 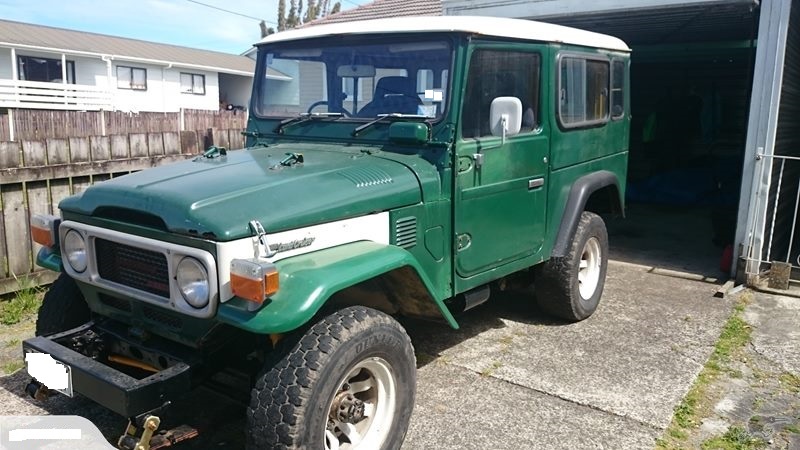 the rear wheel arch will treatment as it huge. I have a set of flares here and also this car comes with some new ones incl in the parts. 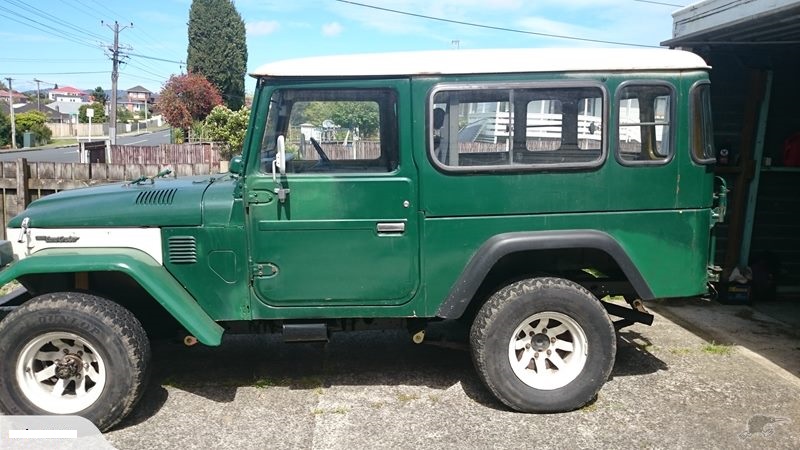 Underside is painted, apparently chassis is blasted and painted but will check that out soon. 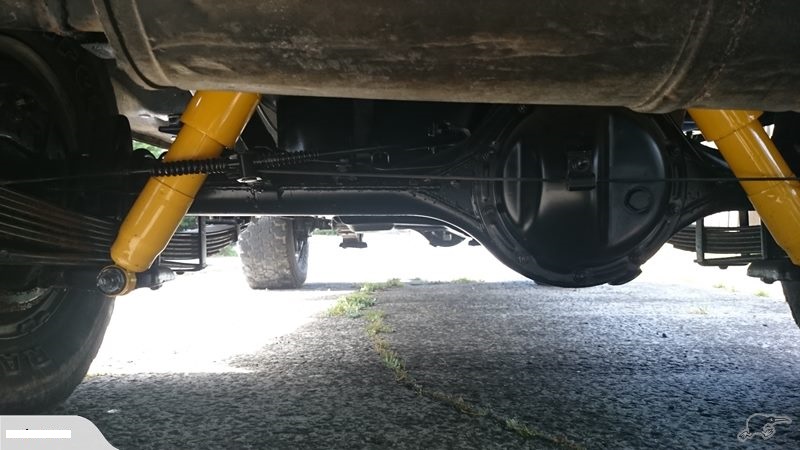 No tacho, but I have one from the BJ42LX that I have the bits here for. 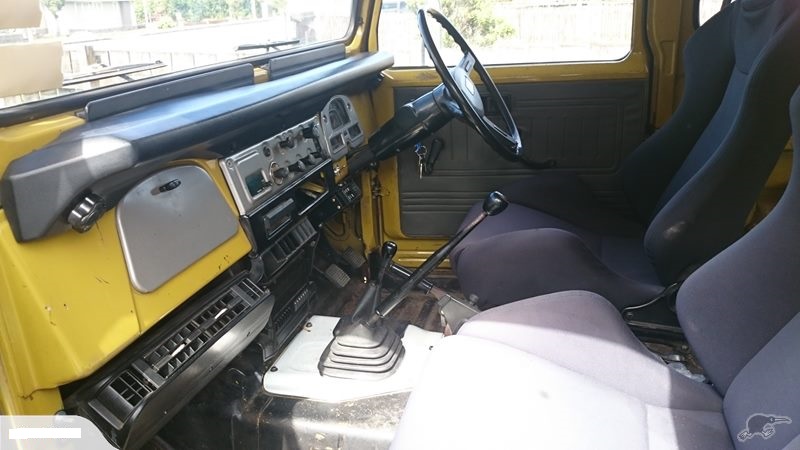 No power steering but I have pump and box and column etc... from the BJ42LX to swap over. Vacuum transfer too, don't know too much about them but probably a problem. I have a few split transfer cases here so might swap to a normal one. 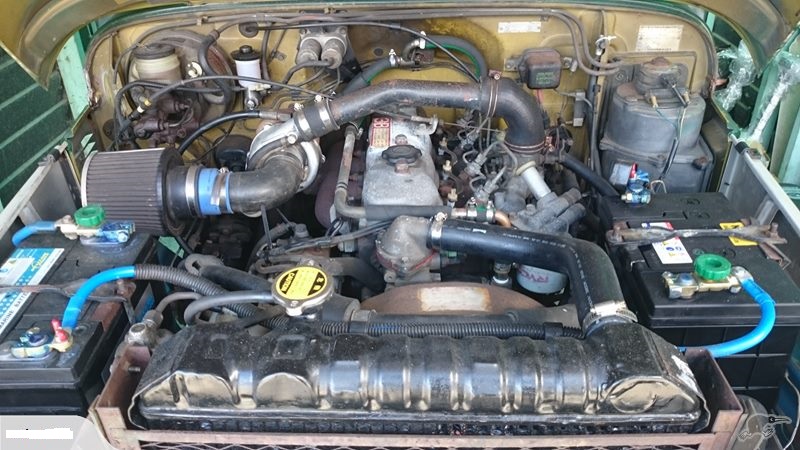 Very nice looking 40. This was sort of what I was originally planning for my 45, but have now decided to keep it 45.

How readily available are those ps boxes in Australia?

Vossie said:
Very nice looking 40. This was sort of what I was originally planning for my 45, but have now decided to keep it 45.

How readily available are those ps boxes in Australia?
Click to expand...


Power Steering boxes are quite readily available. You need the steering column as well, the cooler lines not so much as they can be made and the box and pump and reservoir.

ebay.com.au is where most of them get listed or landcruiser 40 parts wreckers like Early Landcruiser spares (on facebook) have them occasionally and a lot come up on the facebook 40 series page.

Nice find! I think the MWB's are just great...if you found others on your search I'd be keen to move the wife's car out of the garage and give one a good home Congrats!!

I know a few get exported out but I wonder how long it's been since a 40 series has been imported into Oz.

84TROOPY said:
I know a few get exported out but I wonder how long it's been since a 40 series has been imported into Oz.
Click to expand...


Probably not too many. I have a mate who is keeping an eye out for me as I know of a few MWB around the place. If I find a LX version I'd grab that and sell this one at some stage but they are a bit like rocking horse....

the journey has started. 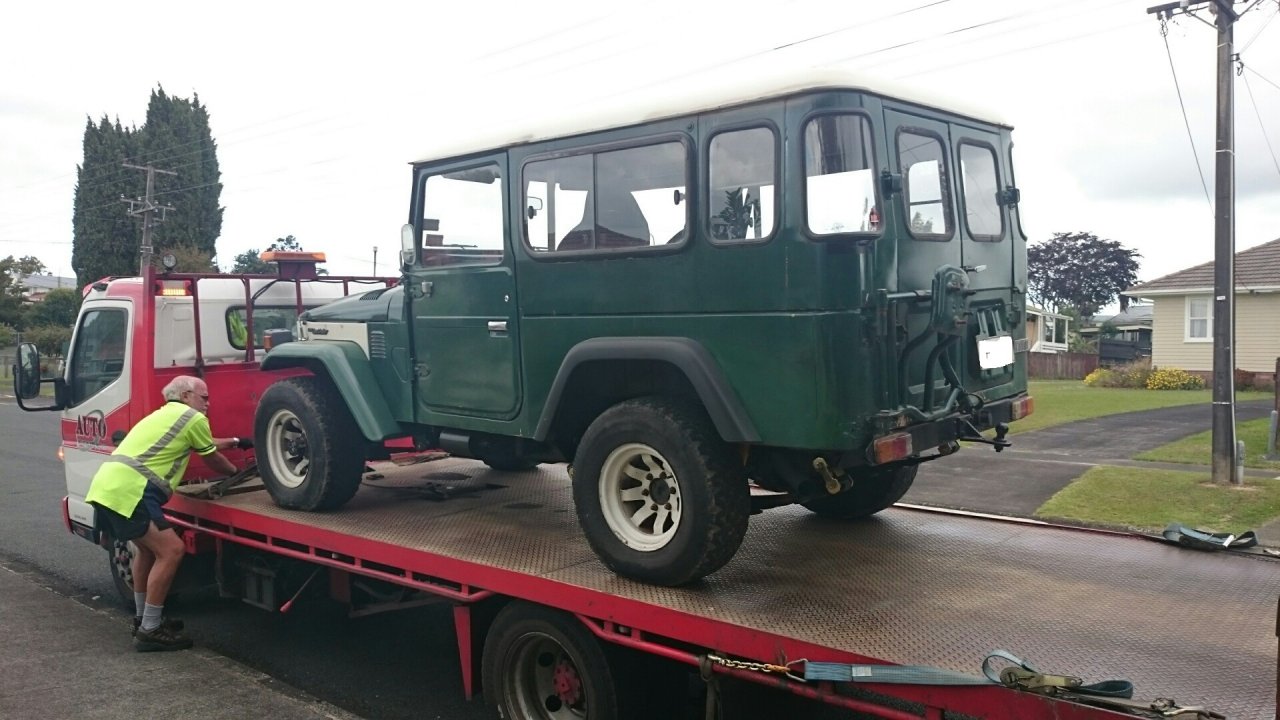 The journey ended today as I picked up the BJ46 from the shippers. Customs went on strike so there was an additional delay once it got here but flew through quarantine and had to pay $1100AU for GST. I also held off a month or 2 until the bush fire season had well and truely passed.

Drove the 46 home and it really flies along once going. I have a 3L non turbo'd hilux and this thing goes better than that, must be the turbo on there.

Anyway, some pictures. Plan to pull the body off at some stage, blast it and fix it up. paint it either blue or freeborn red. Will keep engine the same except put power steering on there, although it steers quite nicely at the moment with armstrong steering. Engine seems good with no smoke out the back but there is an exhaust leak and some rust. Has done 172,000km's (110,000 miles).

Oil pressure and temps all seem to be okay, so fingers crossed it stays good going forward. Will register with 6 seats in there as the points are there just need the seats to suit that I already have with my LX.

Has an IHI turbo system on there. 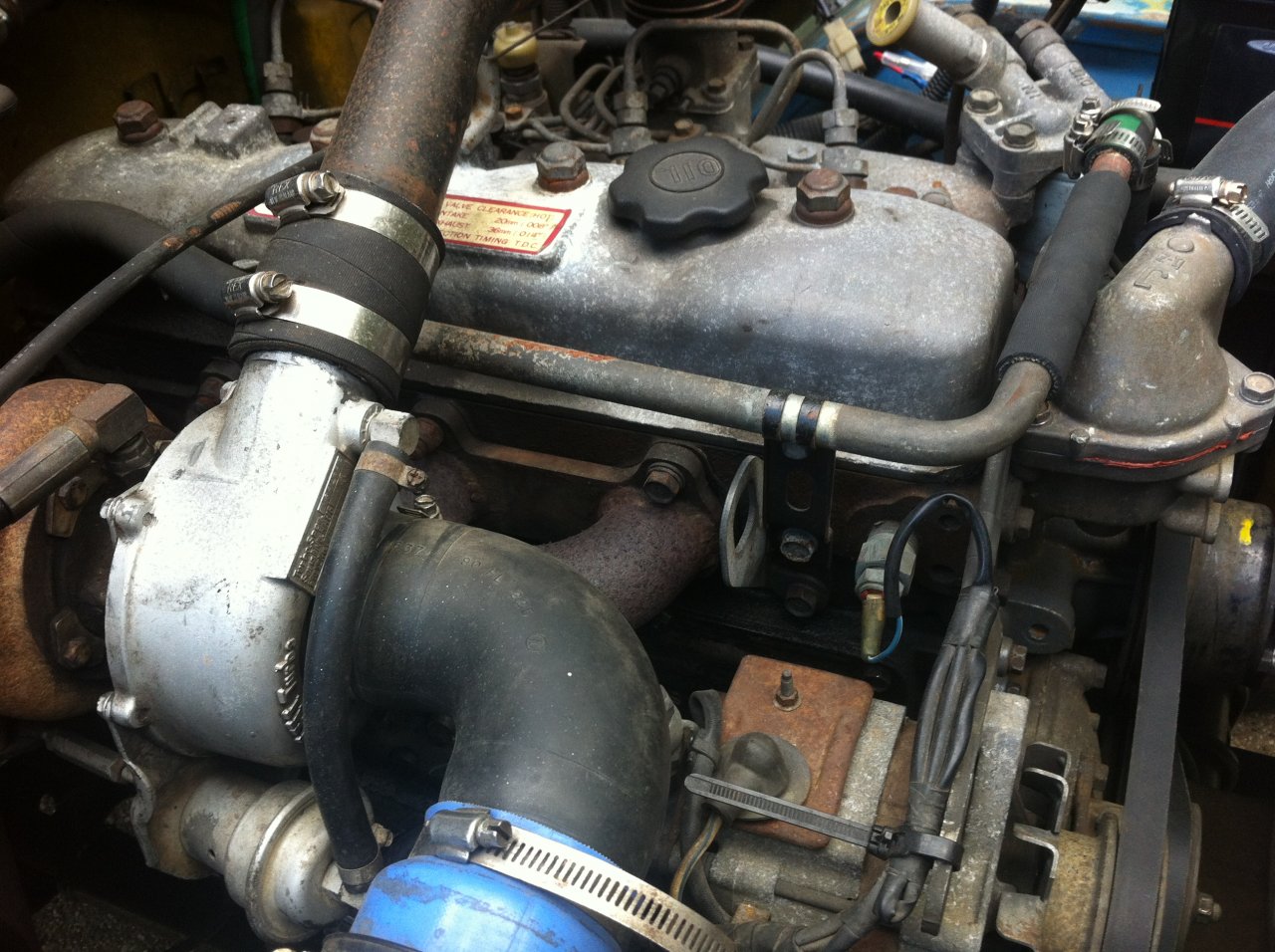 floor seems pretty rust free, but not sure what is lurking behind the paint. 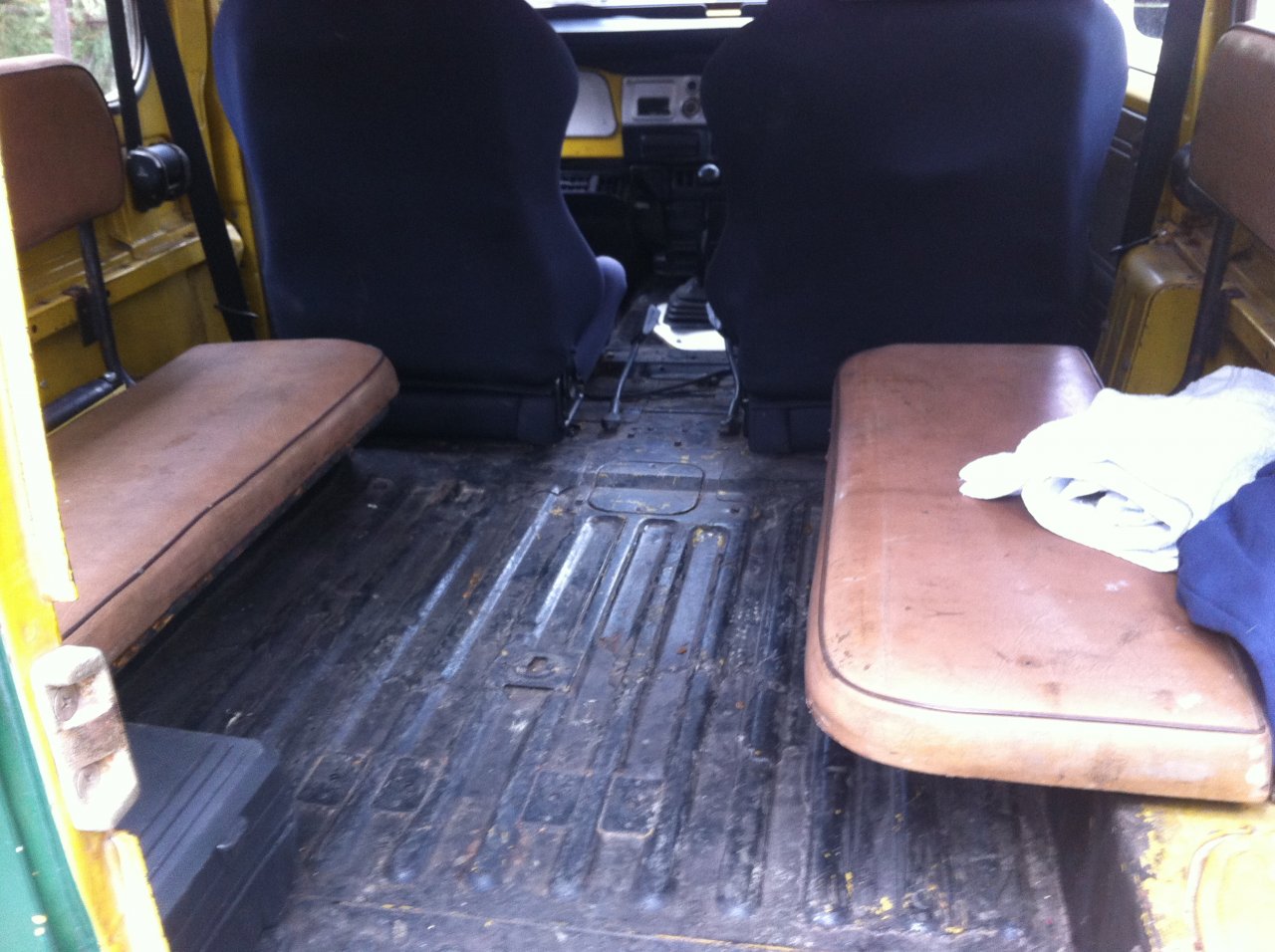 Underneath it is pretty good. Looks like they hit it with some spray paint before the auction. Will all be blasted anyway. 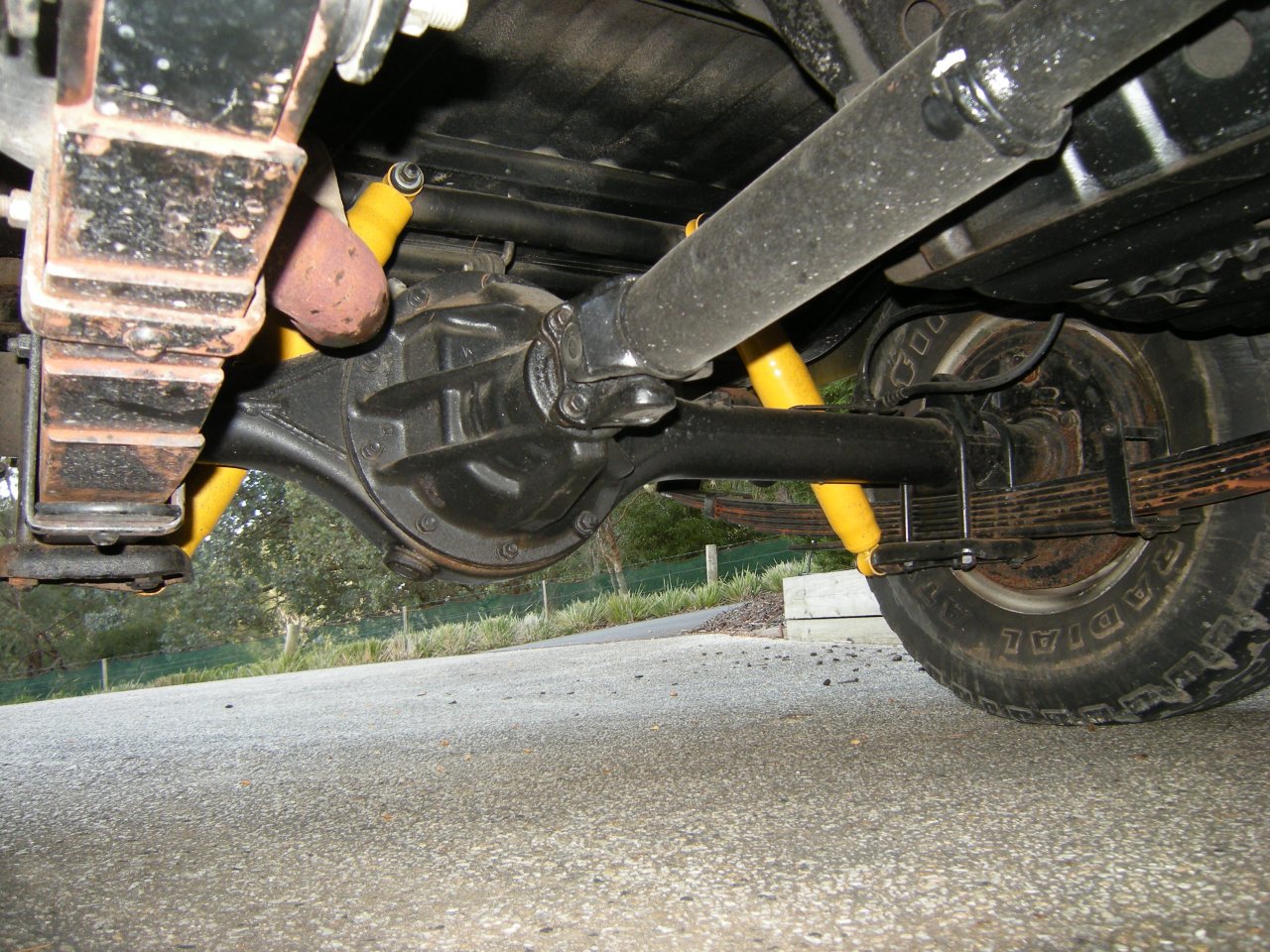 Rear guard will be made a lot better and door sills will go back to being how they should. These have been cut short for some reason. 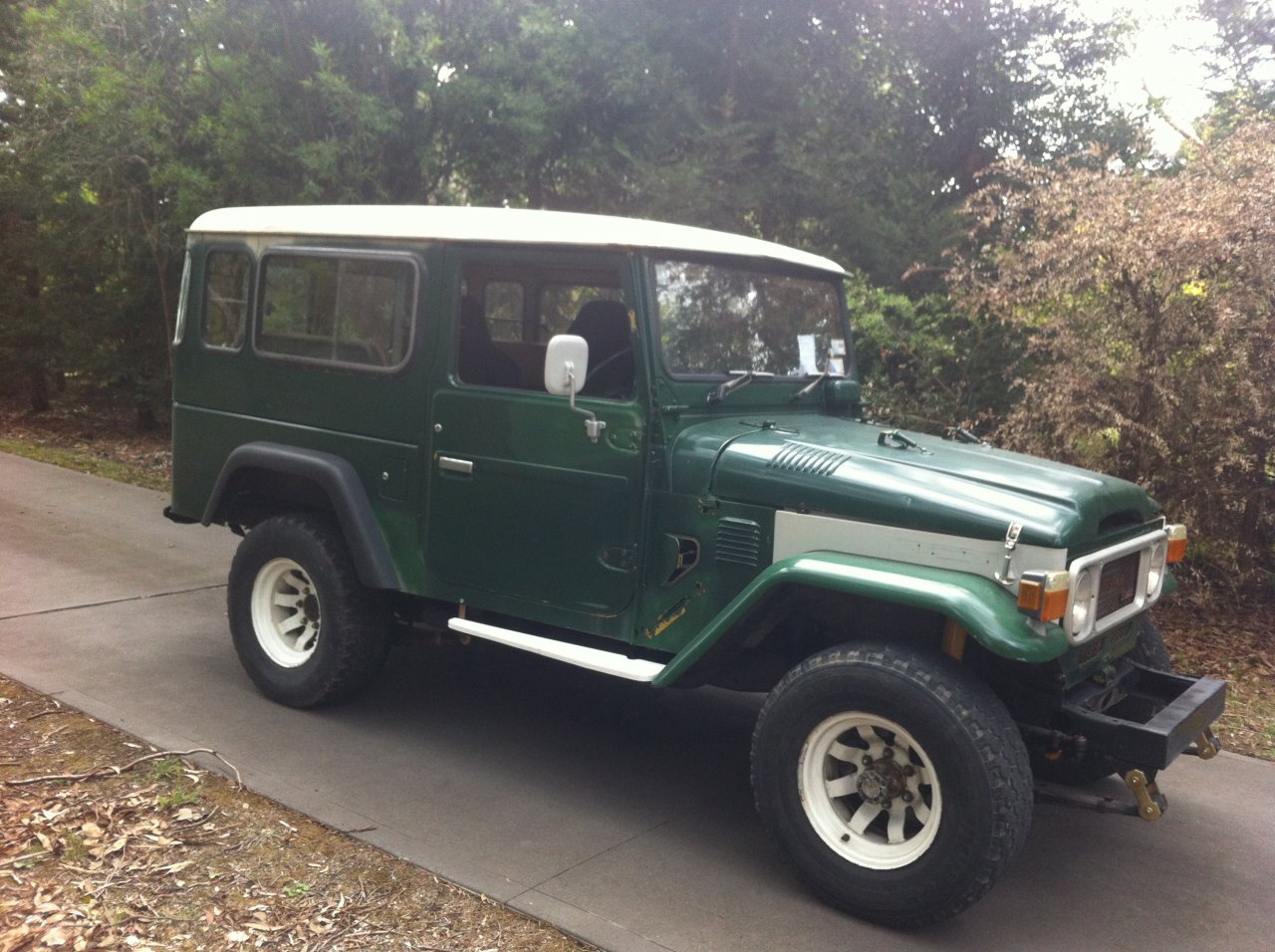 Here it is meeting 2 of the other 40's I have. There is another 40 outside not joining in the party. Yellow one is the LS1 powered thing, the beige is my 1984 FJ40LX in pretty original condition with a newly powder coated old school ARB bar on there. 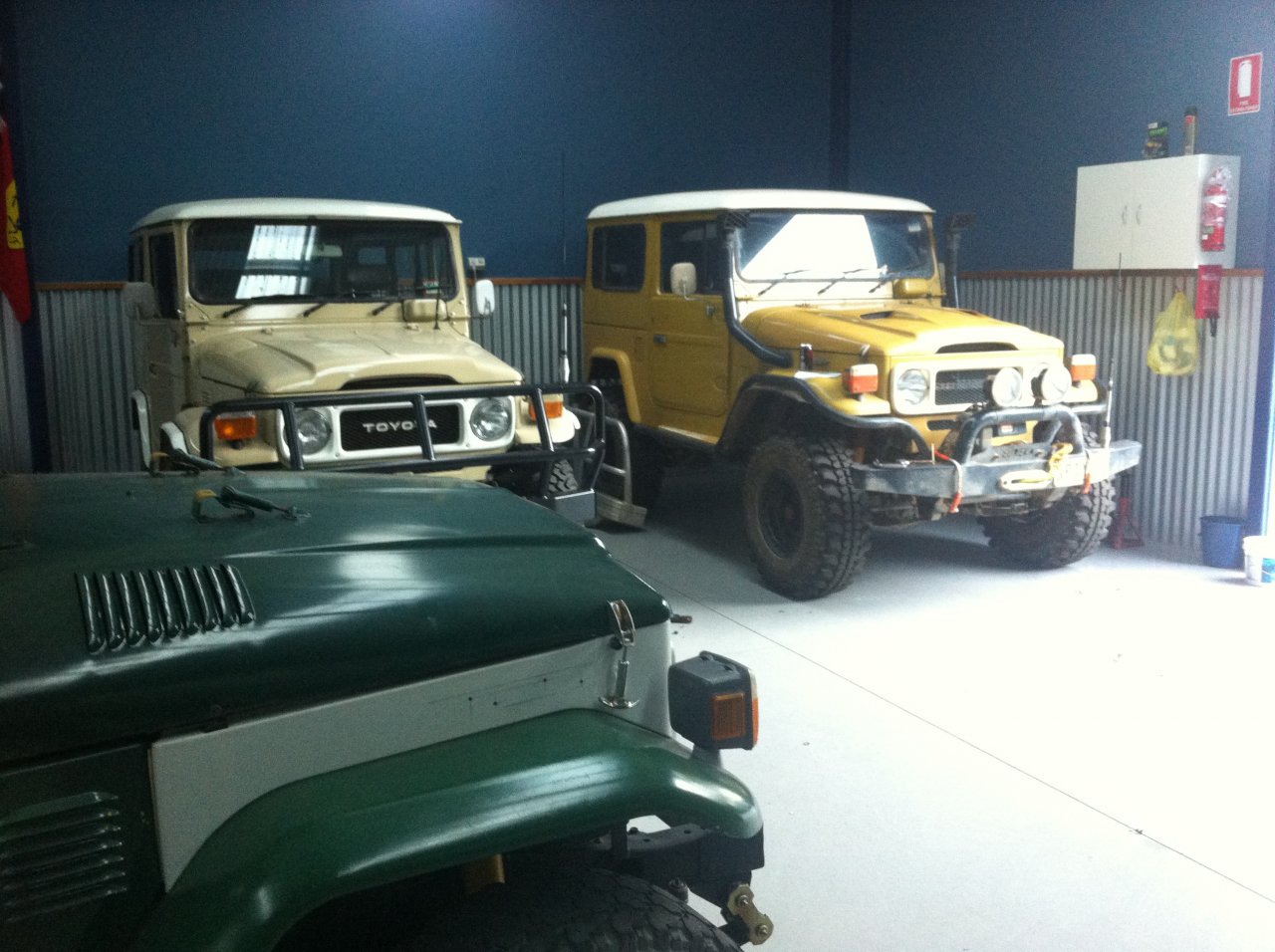 Almost have your own museum going on there... Looks great !

Congrats at finally getting it there

Very cool acquisition and a great fleet! 3B and 5 speed is a dream machine!

I think rather than spending 1200-1500 AU on an old power steering box, you should put in a brand new electric power steering.
You must log in or register to reply here.