It had been driving me crazy since I bought the vehicle six months ago - a metallic rattle right above my head somewhere in the sunroof.
I scoured the forum threads and it seemed their could be several causes. None of the suggested ‘simple solutions’ worked, so finally I braced myself and started removing the headliner…

Working from the rear, a good sequence is
- Remove rear and middle row seatbelt top attachment bolts
- Remove three rows of grap handles (up to angled grab handle in middle row)
- Remove both cabin light fittings
- remove three grommets under the tailgate (use a plastic forked trim tool)
- pull away plastic pylon trim pieces from the top at the rear and passenger door pullers
- remove meter long trim strip under the lifting tailgate
- slowly pry the headliner from the sides - mine had glued itself to the trim, so you need to pull carefully to avoid tearing the headliner
- work your way forward until the sunroof is exposed
- there is an approx 700x600mm piece of foam under the sunroof, and I needed to slowly tear that from the underside of the sunroof - some sort of spray contact glue holding it I think.

Now to find the rattle

Fortunately that was pretty quick for me.
One of two rivets had broken on the pressed metal plate that holds the cabin light beneath the sunroof. That metal plate had been rattling on the metal underside of the sunroof. (See photo with red arrow)

Reinstalling the headliner is by far the most difficult part of the job.

Reverse the disassembly steps. I kept washing my hands to avoid getting the liner dirty. There are small (approx 15mm) screws each side above the rear seats that the hold the a moulded cardboard liner that lies between the headliner and the roof for the back half of the car. Removing those screws makes it easier to fold the headliner around the cardboard trim edge.

My truck is mostly silent now. I’m sure the rattle bothered me more than my passengers. But it really bothered me.
It took about 3 hours start to finish.

Some notes:
1. If the rattle was inside the sunroof mechanism, I reckon I would have to remove the entire sunroof - allow a few extra hours.
2. I was not able to find the exact location of my rattle before disassembly (I tried). Now that I know what the problem was, it could have diagnosed by having a passenger push up on the cabin light while driving over bumps. Then it *might*have been possible to remove the cabin light and perform keyhole Re-rivet surgery through the cabin light hole in the headliner. (Isn’t hindsight wonderful?) 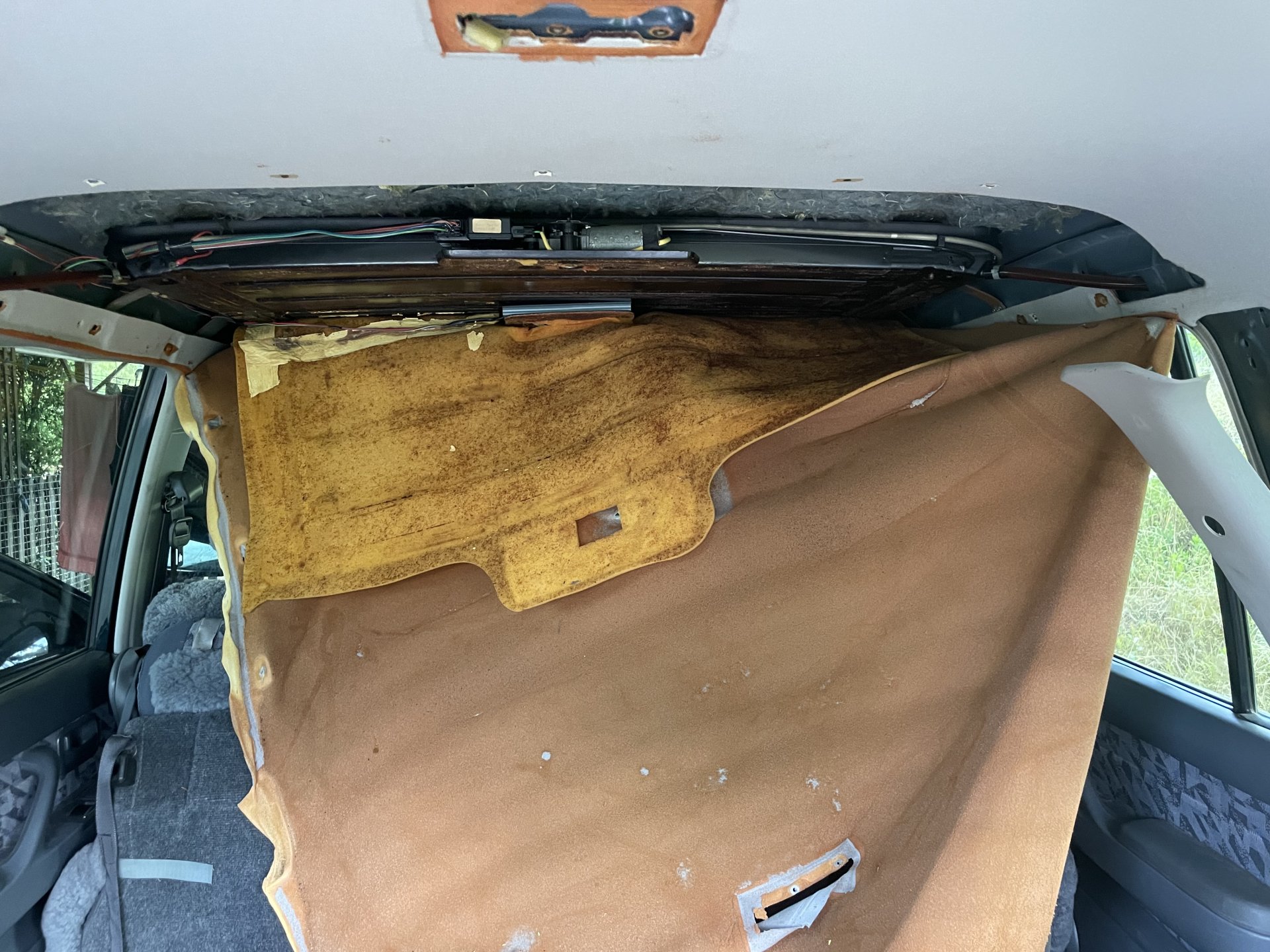 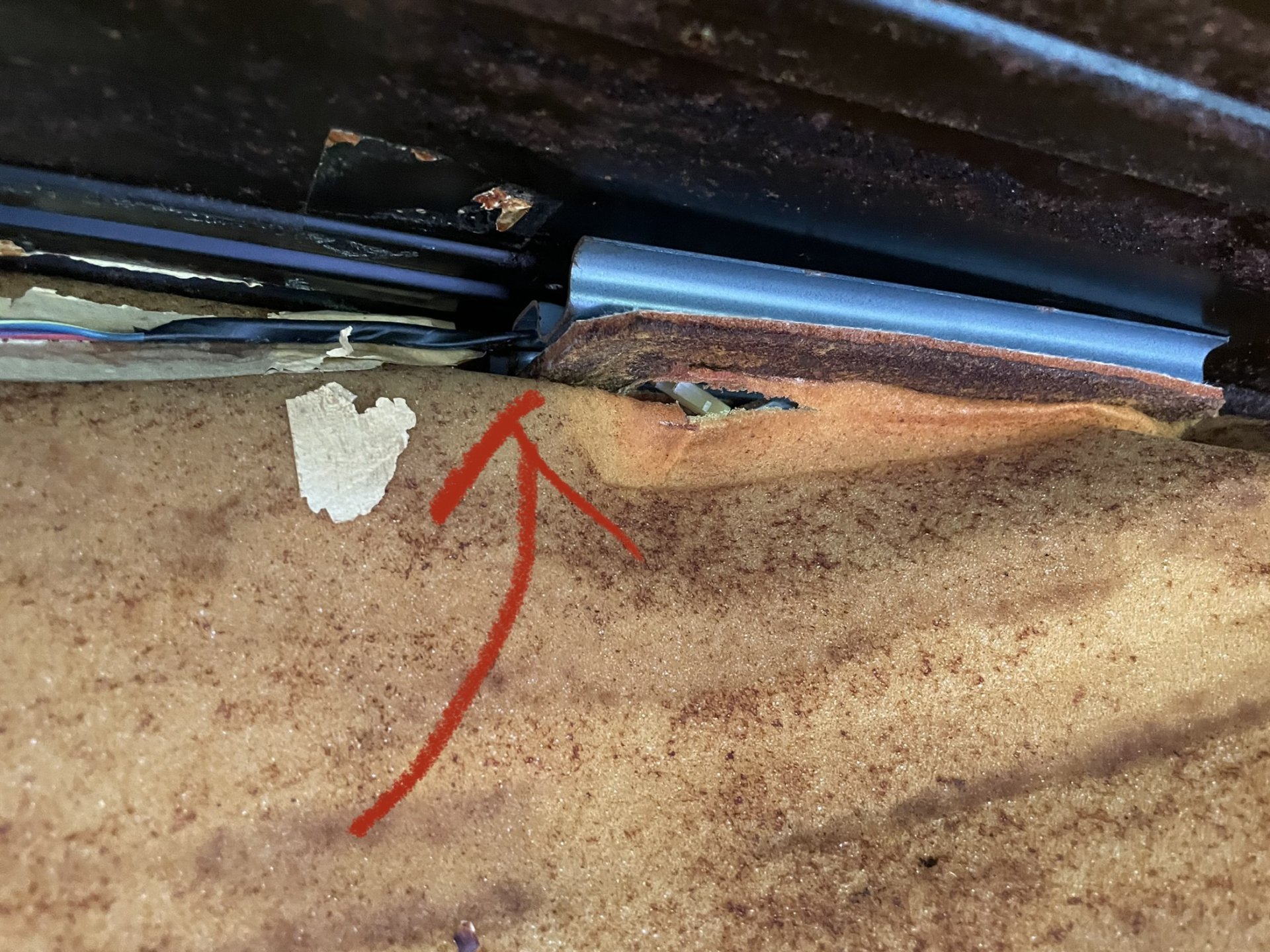 Did the headliner go back easily? It looks similar to the stretched fabric version that we had on our 93 & 94 80's. The later ones had a more solid shell like structure that made accessing the sunroof more achievable.

Irish Reiver said:
Did the headliner go back easily? It looks similar to the stretched fabric version that we had on our 93 & 94 80's. The later ones had a more solid shell like structure that made accessing the sunroof more achievable.
Click to expand...

It’s a cloth+Glued on light foam headliner about 2mm thick and flexible and stretchy. Getting it back on was time consuming but ok. The risk is tearing it.
You must log in or register to reply here.