I've been a long time lurker and finally got my hands on the rig I've been looking for. A night shadow pearl blue cruiser with grey interior. Truck does not have lockers, however it's not a big deal as this will be more of an overland general camping/DD vehicle. First steps will be to clean up the interior and make it more comfortable for the long hauls and daily drives. Then on to more Offroad ready mods. Currently has 218K on the clock, and has many pieces of the drivetrain rebuilt and serviced, so hoping it'll be ready for quite a few more miles. Truck came with an ARB bumper and Warn 9000lb winch and synthetic rope. Also has some 33" BFG AT tires. I was surprised with how quiet this thing is going down the highway. Much quieter than my lifted Subaru Outback which also has BFG AT tires. 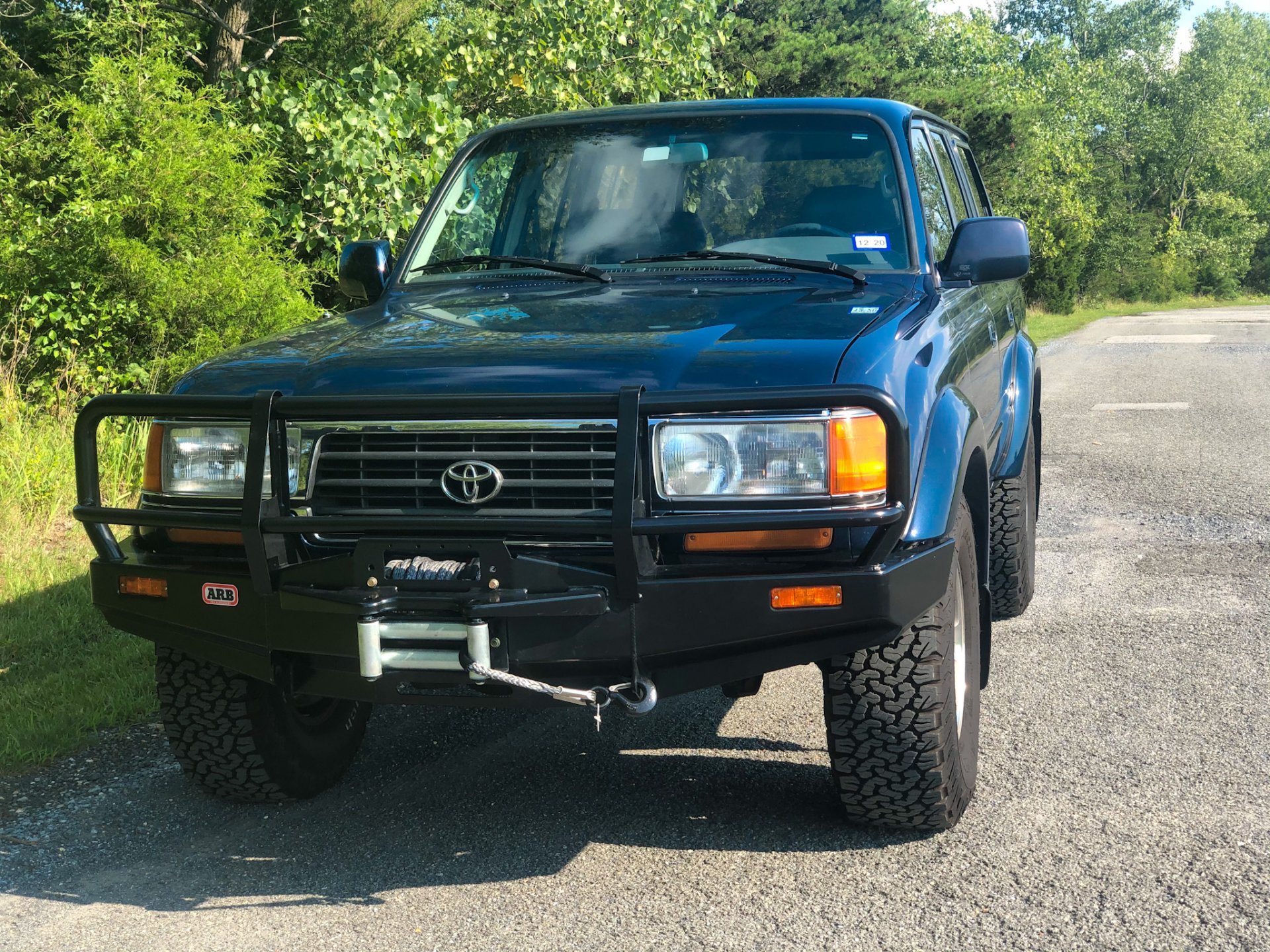 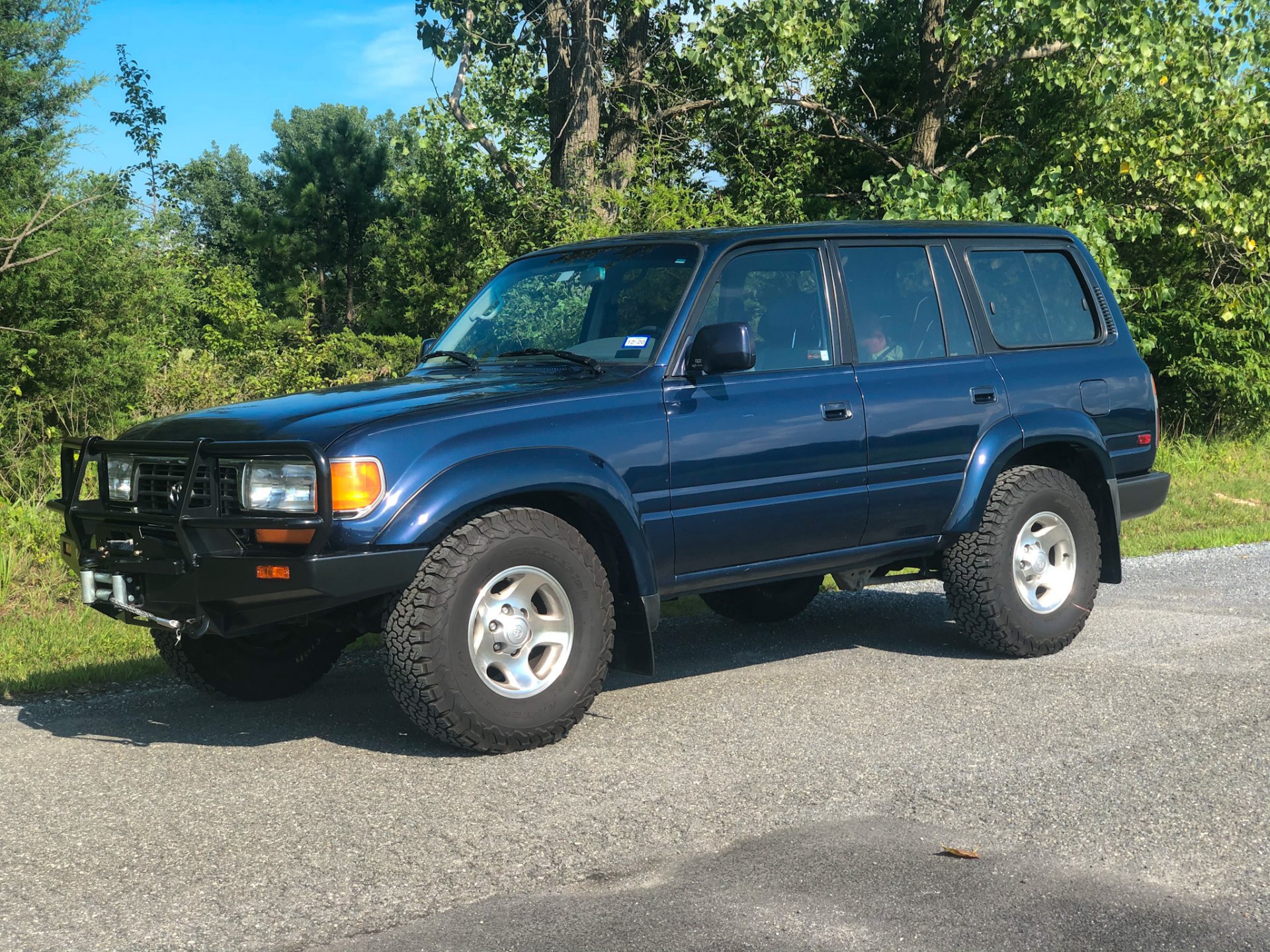 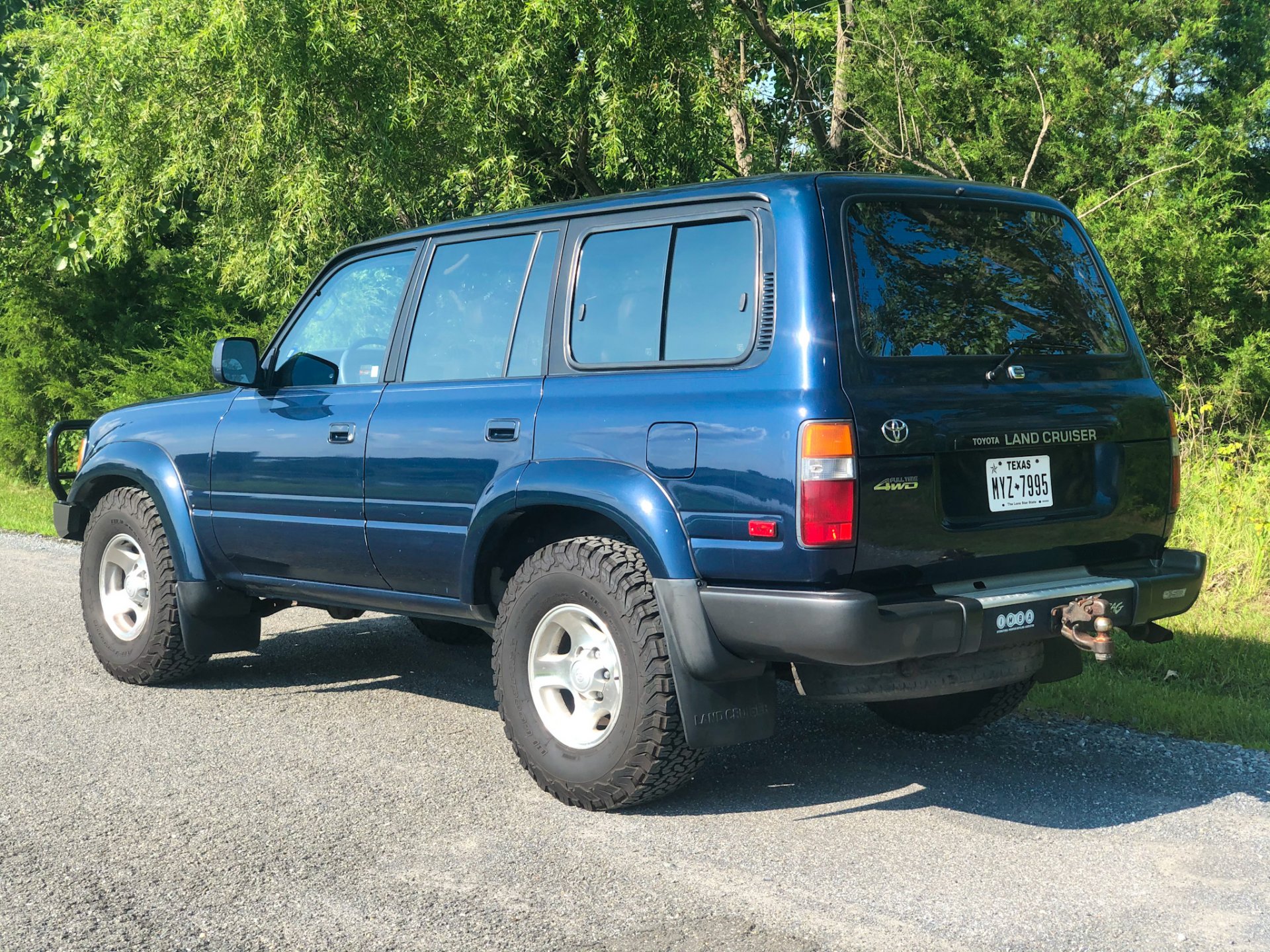 Right out of the gate I wanted to get some beer sound and connectivity in the vehicle, so I wired up and installed a Sony XAV-AX3000 head unit. Already it makes driving much more enjoyable. 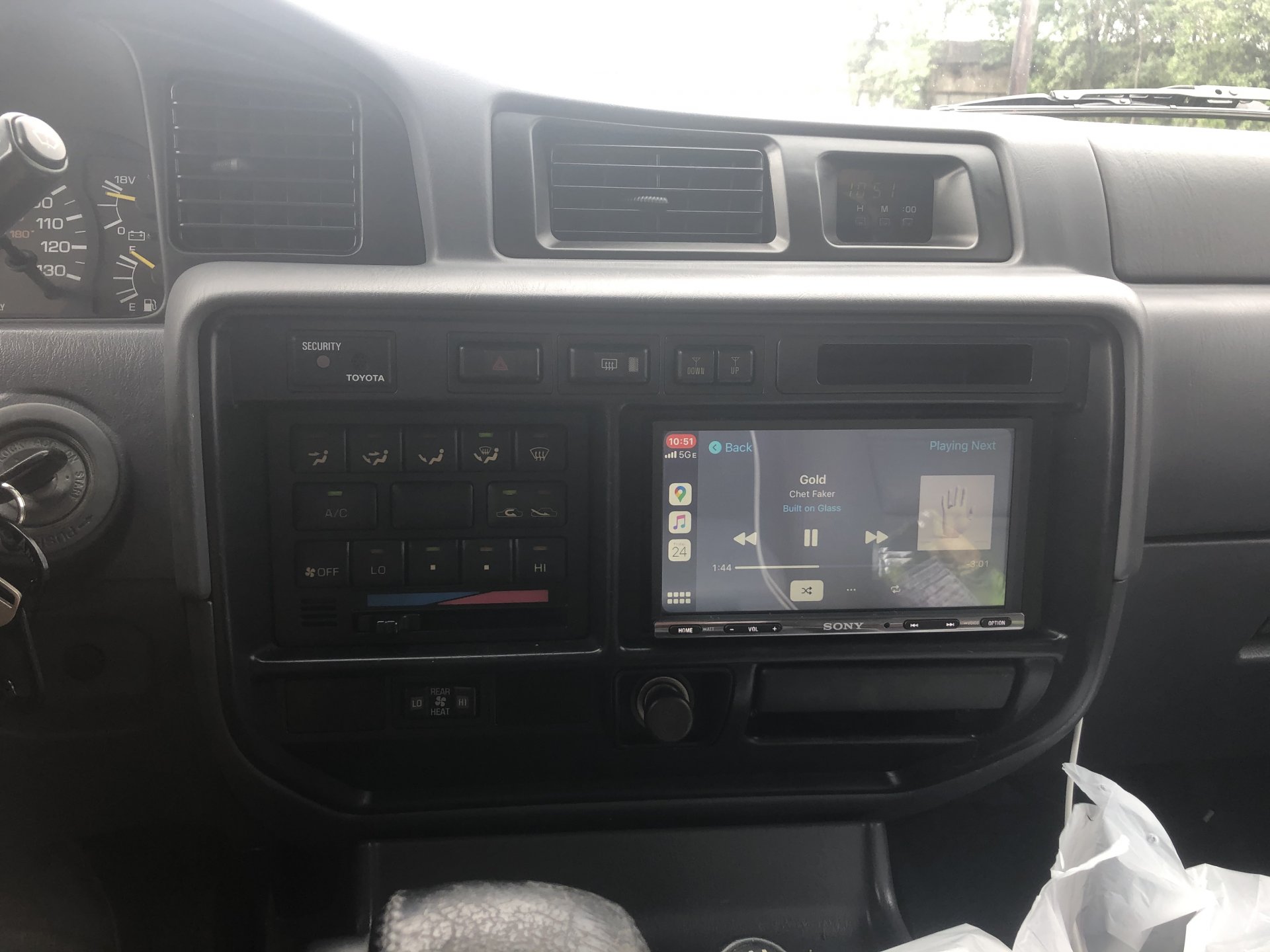 I then wanted to make sure that I was keeping everything monitored so I installed an Ultraguage monitor. So far it was a super easy install and the monitoring functions are great. 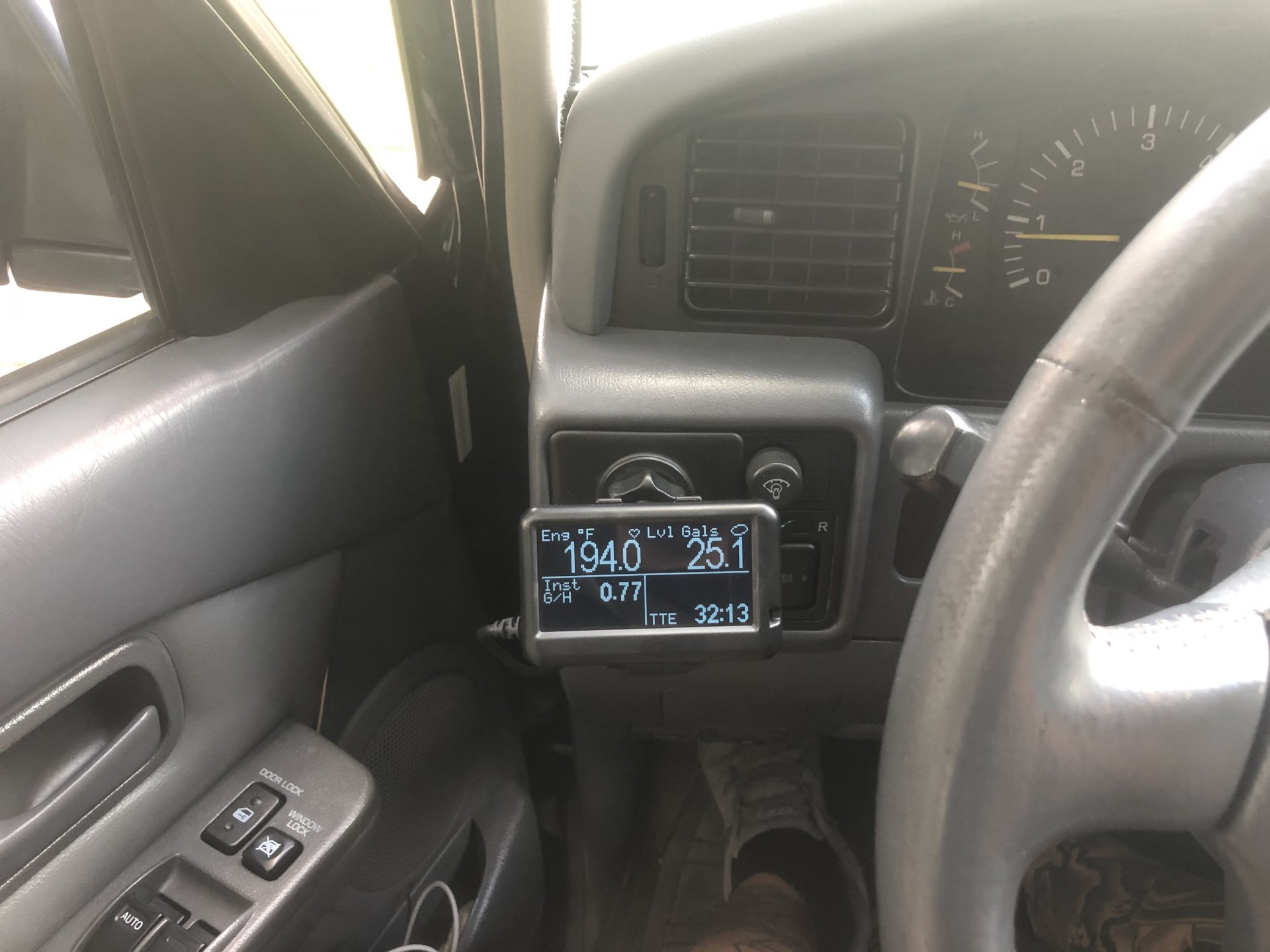 I ended up using the horizontal mount that I had ordered and was able to get it moved around so it would work in the vertical position. The windshield mount is pretty useless in these vehicles. It is much too long, using the unit out nearly parallel with the steering wheel. Opted for this location as I was not planning on putting anything else here and made for a simple routing of wires.
S

The color is awsome. I have a 95 same color but had to monstaliner it. My paint was shot and didn't wanna spend a ton on paint.

I like that truck alot! Clean wheels and no roof rack is the ticket!
C 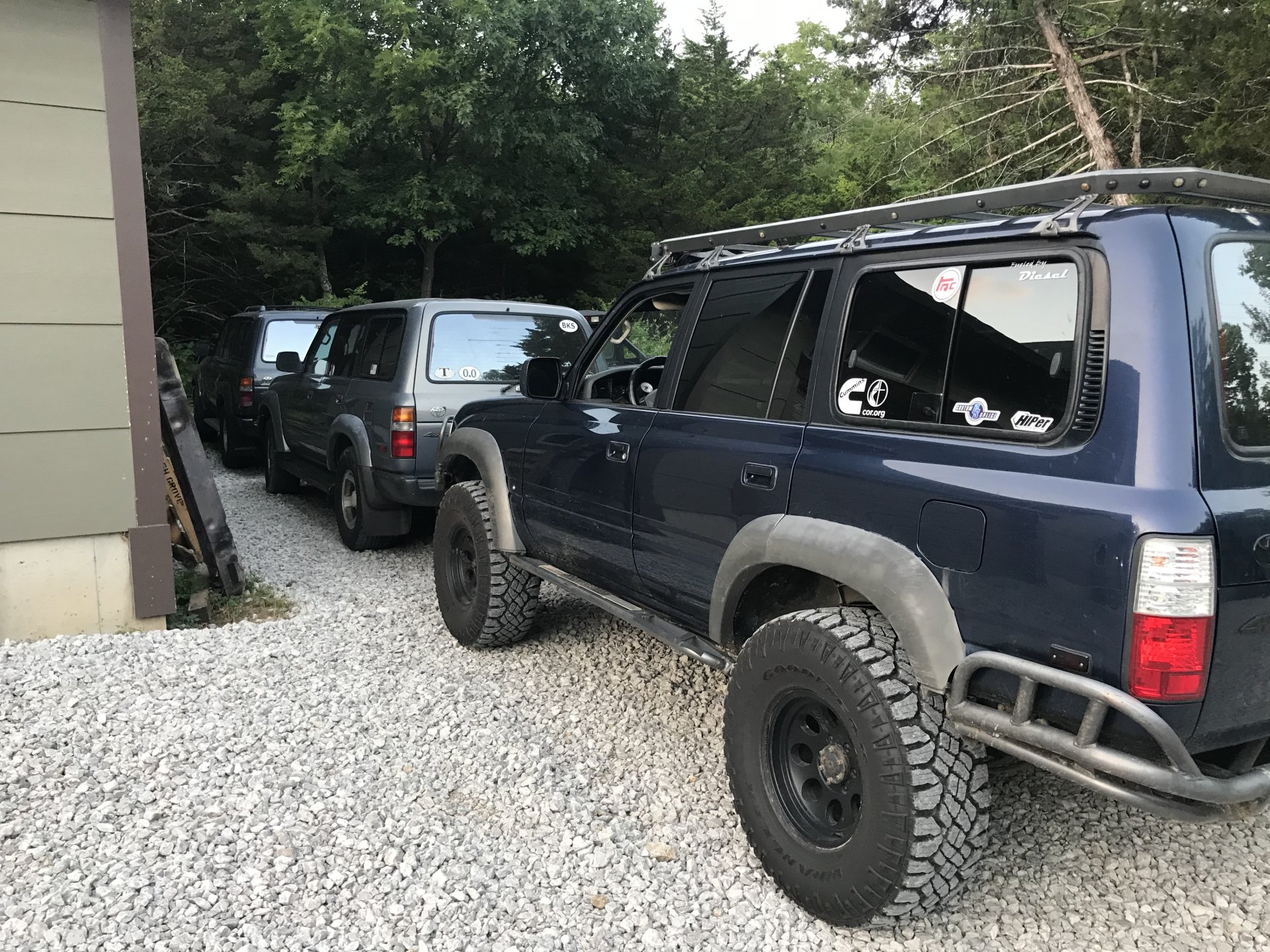 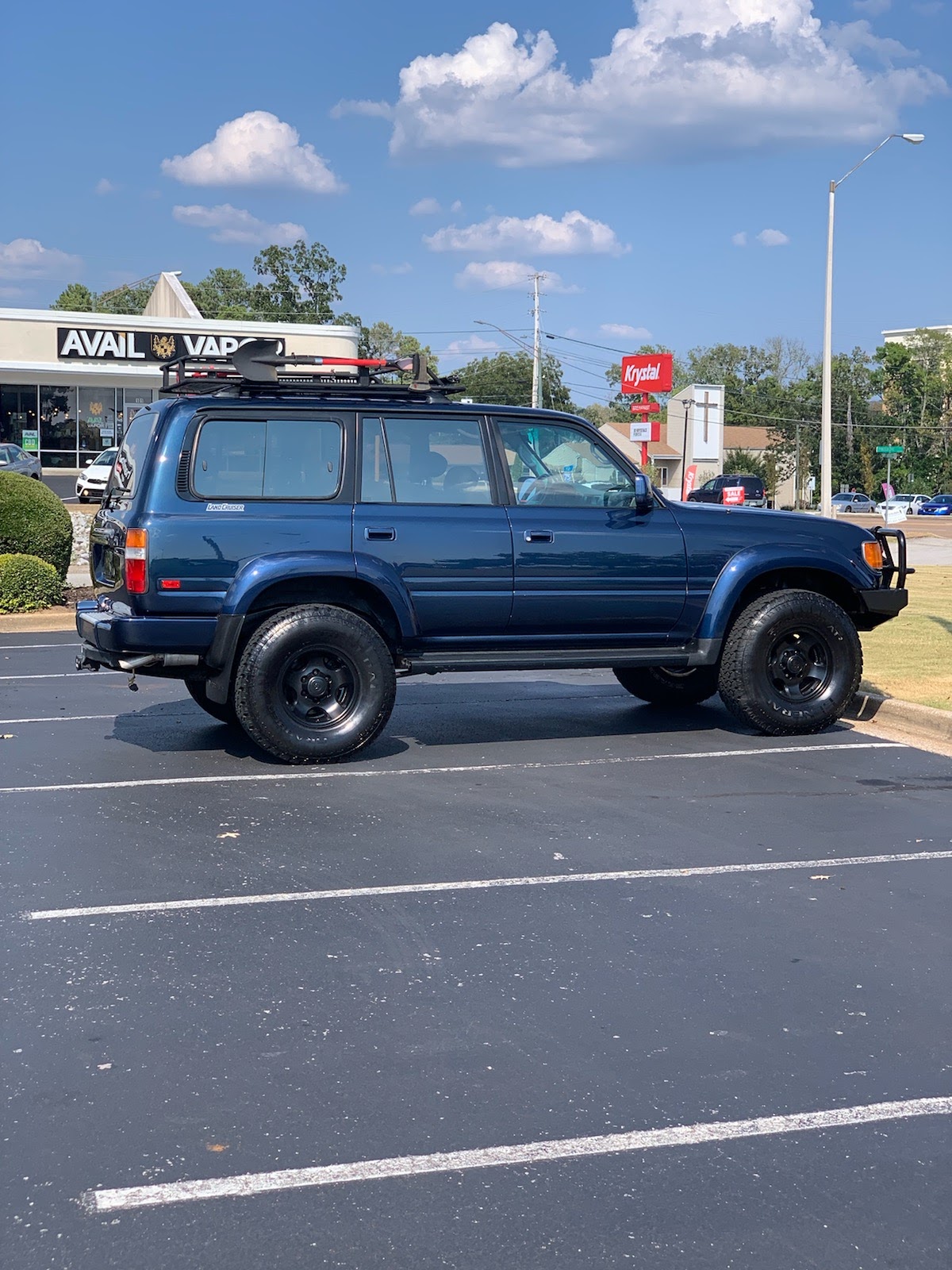 still one of my favorites. Sure a nice quality shine.

Well did some speaker upgrade this weekend. And installed a USB port. 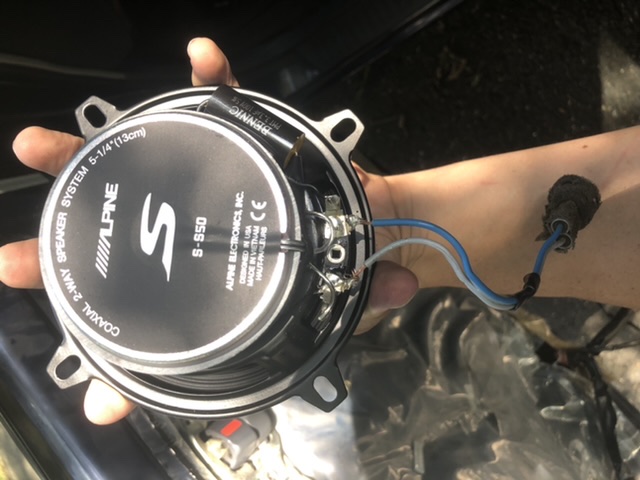 These have a 2” mounting depth. But I was able to use a boom mat sound cup to space them out. 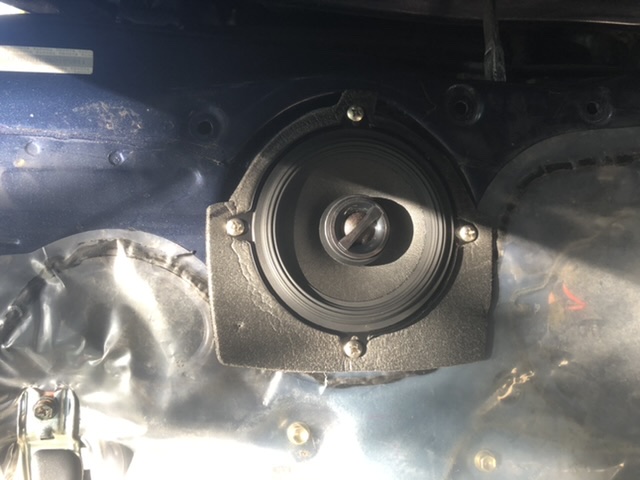 And they fit in the door with the factory grill and can hardly tell the difference except for a slightly larger gap where the door panel meets the door. 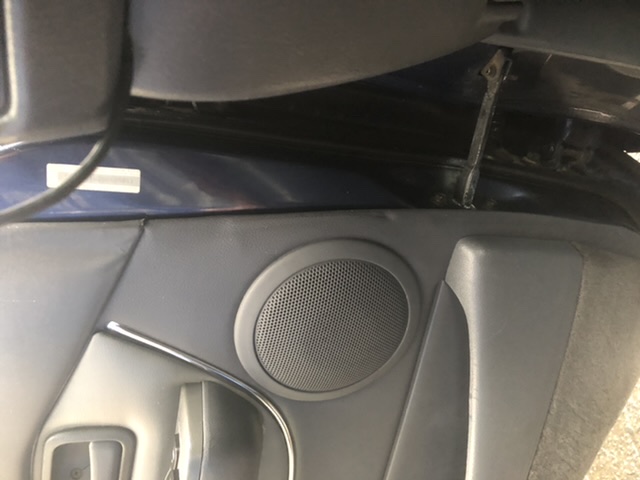 I have the matching 4” set for the rear but I will have a shop install those as I do not have the tools to properly build the spacers. Over all sound is better, although I wish they had a little more base to them. They are only 5 1/4” speakers, but compared to my outbacks factory system there isn’t much bass. Could be a result of the rest of the speakers sounding like garbage. I will eventually get to the 3rd row ones when I dynomat the headliner, as they still operate with the factory amp disconnected. 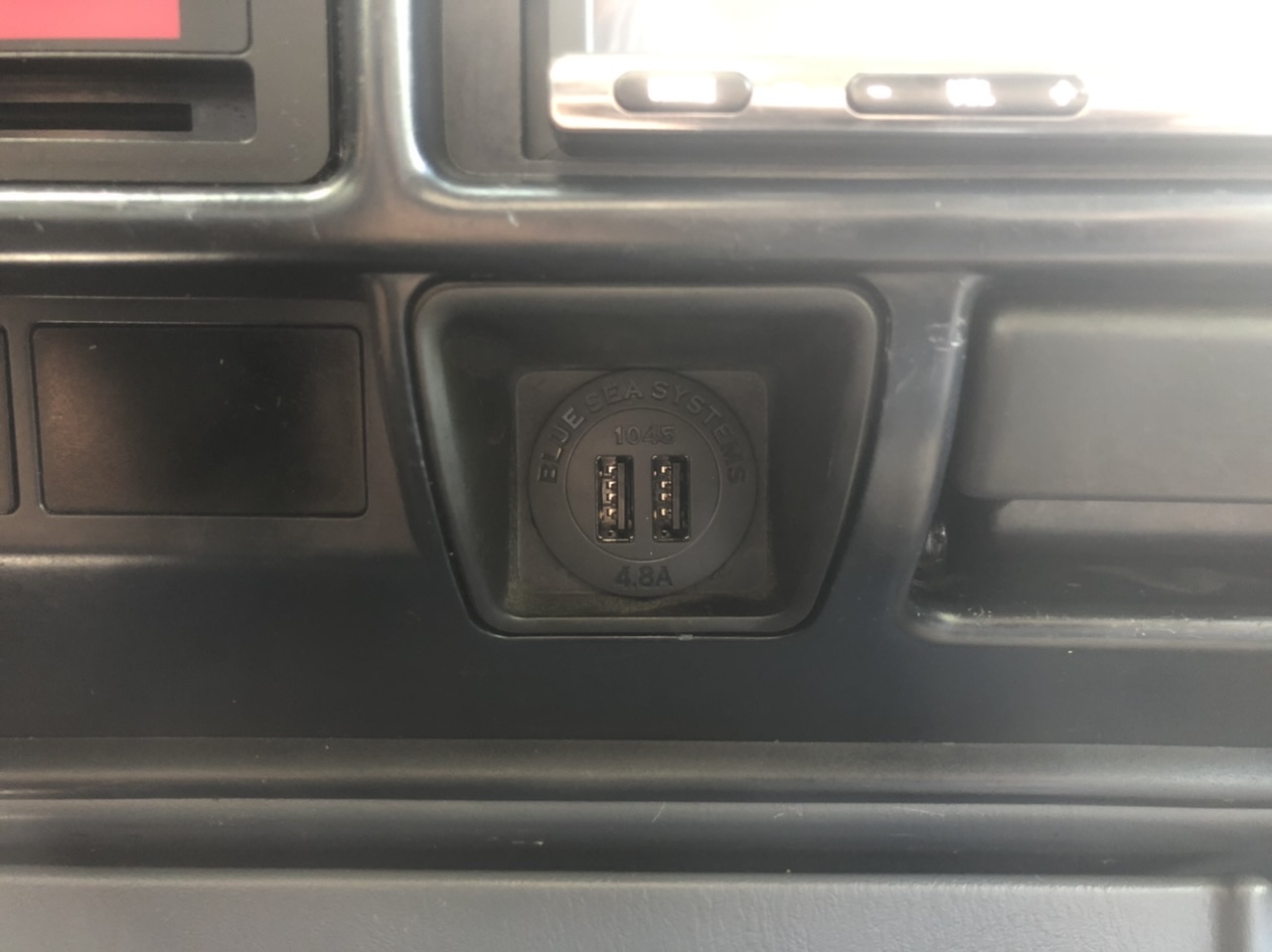 Also installed a Blue Seas 4.8a usb in place of the factory cigarette lighter. Followed another members thread. Basically hand filed the hole just big enough to fit the new socket through and re-wired the positive and ground and put it all back.

Oh also ordered a full set of the Escape Gear seat covers in charcoal. As well as a full vinyl floor from TRU-FIT in Australia. Will update once those are in.

Recently installed a set of ls400 visors in the cruiser. Such an improvement over the stock floppy ones. Got a set off eBay. They did not come with the clips to hold them into the roof. So I ordered the spacers and clips made by solvefunction. Cut the wires off the old ones and hooked them up to the new visors. Plugged in and everything works! As others have mentioned though you have to unclip the visor and push in the rod to get the lights to come on. 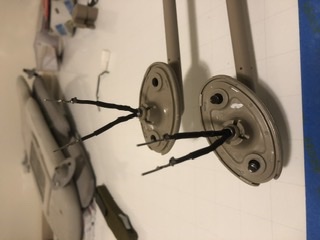 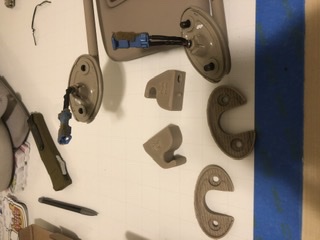 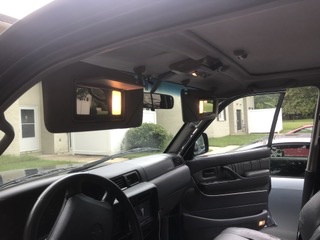 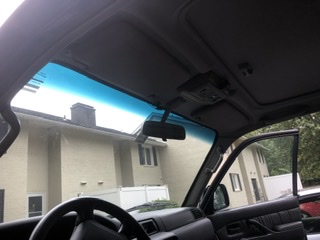 bigakguy said:
Oh also ordered a full set of the Escape Gear seat covers in charcoal. As well as a full vinyl floor from TRU-FIT in Australia. Will update once those are in.
Click to expand...

Will be interested in how the vinyl flooring works out. The carpet replacement in mine is subpar to say the least and would love something higher quality. Not high on my priority list as kids will inevitably destroy the current carpet.

Sweet rig for sure! BTW what is beer sound? Sounds cool

Added some Escape gear covers to the cruiser this weekend. They fit good and look rugged. I got the charcol ones. It’ll be a good fix until I redo the leather on all the seats. But with a new puppy I didn’t want to risk ruining new leather just yet. Puppy pic for reference. Over all these are great covers so far, but my god do they smell. I had them in my room for a few days and my girlfriend complained it smelled like a dead animal. 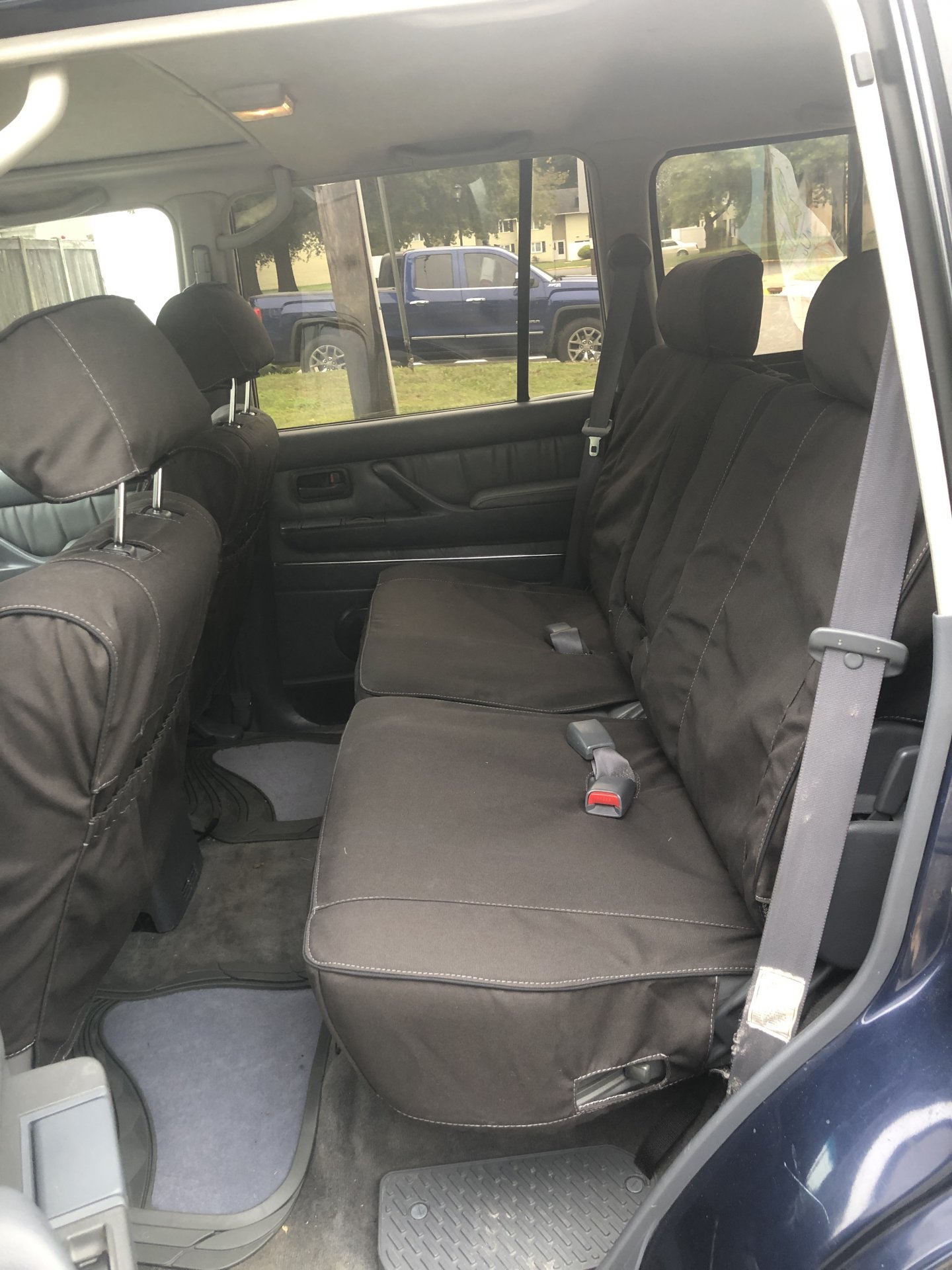 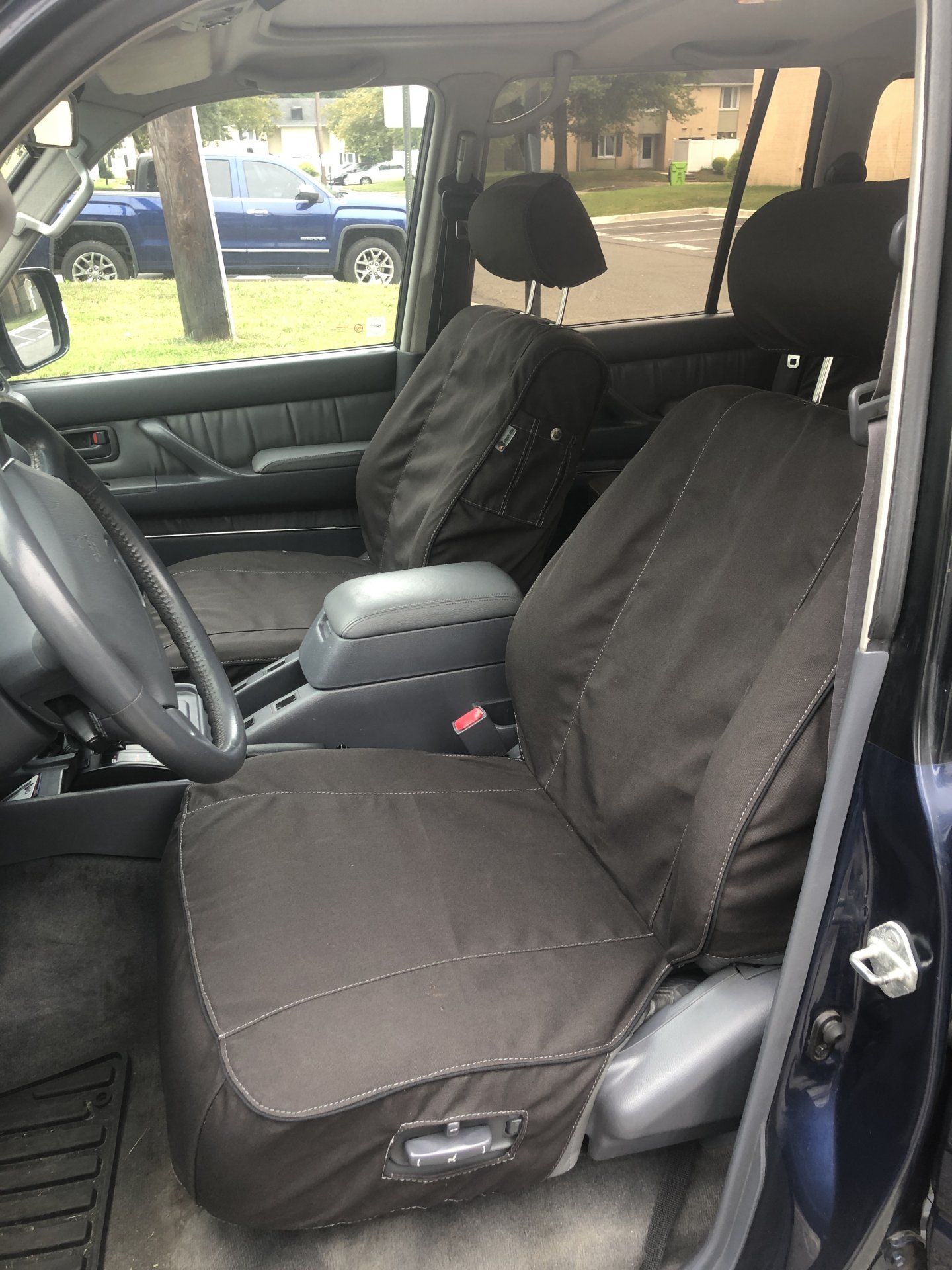 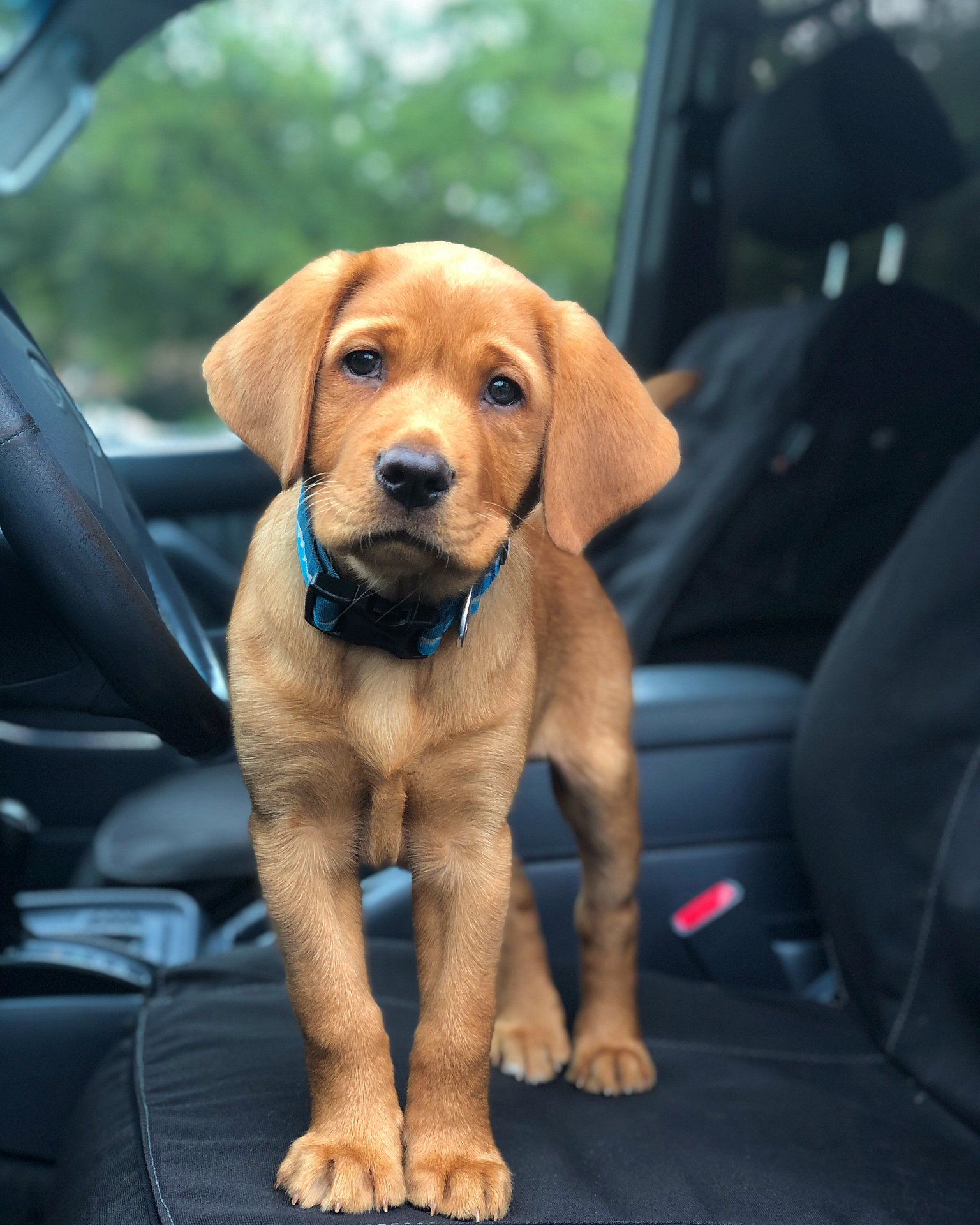