Over the weekend, I upgraded my Dakota Digital VHX dash to their new HDX series. Here is a shot of the two side by side- 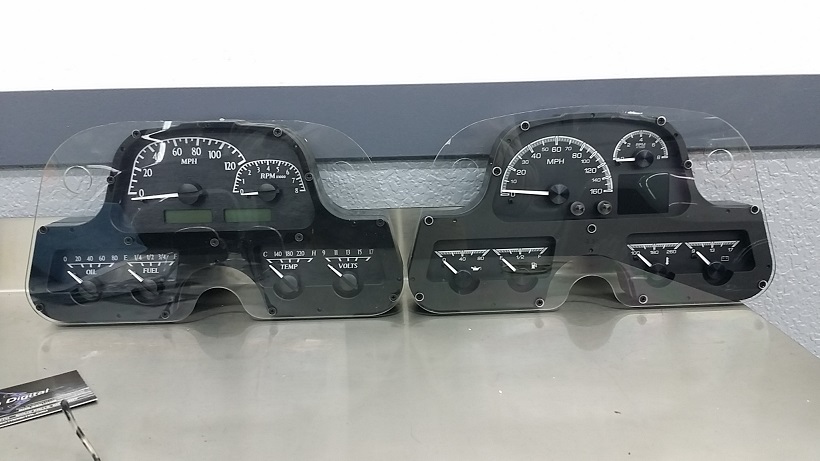 They are very similar. The biggest difference is the large TFT screen on the new unit (right). The speedometer and tach layout are also slightly different. The hubs of the needles on the HDX are a spun aluminum anodized in black, which are extremely sharp looking in real life. The casing of the HDX is also aluminum, whereas the old unit is ABS plastic. Rather than two external remote mounted switches for programming and changing screens, the new unit has 2 capacitive-touch buttons built into the center of the display.

When I got my VHX a couple years ago, it was one of the first production run units. At that time, the only illumination colors available were red and blue. They did have different face colors to choose from, and I went with black.

Overall, I have been extremely pleased with my VHX series. It's one of those components on my vehicle that I almost forget about because it just plain works every time without any fuss. I had 3 additional modules connected to it so I could monitor air tank pressure, fuel pressure, voltage of both batteries, and have my gauge cluster control my electric engine fan (based on MPH, A/C operation, temp, etc). So far, I have logged just over 3,000 miles on my old unit.

This past Nov, I stopped by their booth at SEMA and saw a version of the new HDX series for a different vehicle. The sales rep let me know they'd have an FJ40 version within a few months! I patiently waited and checked their website. Sure enough, it is now available.

I ordered and received my new unit last week. The new system installed without a hitch in about an hour. I was able to reuse my old senders, modules, etc, so the majority of the time was just swapping wires on the brain units. Rather than using cat5 for their display cable, they now have a proprietary cable. It easily reached from my glove box to the dash cluster. The DD rep told me the new LED lighting used more amperage than the cat5 can reliably carry.

The brains themselves are contained in the same case, although there are a few small visual differences. The layout of the unit's wire inputs/outputs are essentially the same, with only a couple that were relocated. They no longer use a 1/8" audio cable for their add on modules. Instead, they use their own cable. The good news is they included an adapter so my older units still plugged right in.

After everything was hooked up, I was pleased to see the dash come alive when I turned the power on. The screen is amazing! It was a big change from the old unit, but I can imagine it would be an even bigger change for someone coming from the OEM dash.

My favorite part of the HDX is that every gauge (other than speedo) has a red warning LED behind it. You set your parameters, and if that gauge is outside of those, the light will illuminate. The old unit would also let you know if someone was going on, but would flash that parameter in the display instead. The HDX also has a small speaker that will beep at you if you hit a limit, which is extremely helpful.

Obviously programming the new unit is easier due to the buttons on the face and the large display. One of the coolest features of the HDX is you can choose the color of your gauges, needles, and display text. You make make them all the same or all different. You can even to a different theme for night, which is what I did. I chose white gauges with red needles in the day time, then green gauges with red needles to match my other switches at night.

Lastly, one of the features I'm most excited about is there are now 2 'extra' inputs. One is negative trigger, one is positive. Basically, when that input is triggered, it will display on the screen whatever label you choose for that item. And you can tell it to keep the message on the whole time the trigger is giving the signal, or only for a few seconds. I haven't quite decided what my triggers will be, but I have a couple pretty cool ideas I'm looking forward to trying!

The new HDX gauges are awesome. For my vehicle and my purposes, it will be great. On more stock setups, it might look out of place with the large screen, and the VHX series might work better if you're looking for an aftermarket cluster with a more OEM appearance. I sold my old unit to help offset the price of the new unit, otherwise I wouldn't have done it. The new HDX is $1300, compared to $800 for the VHX. Is it worth the $500 price difference?

For me? Yes. For you? It really depends on what you're looking for in a gauge setup!

Here is an installed picture. Sorry, it's low quality and low light. I'll have some better ones within a day or two! 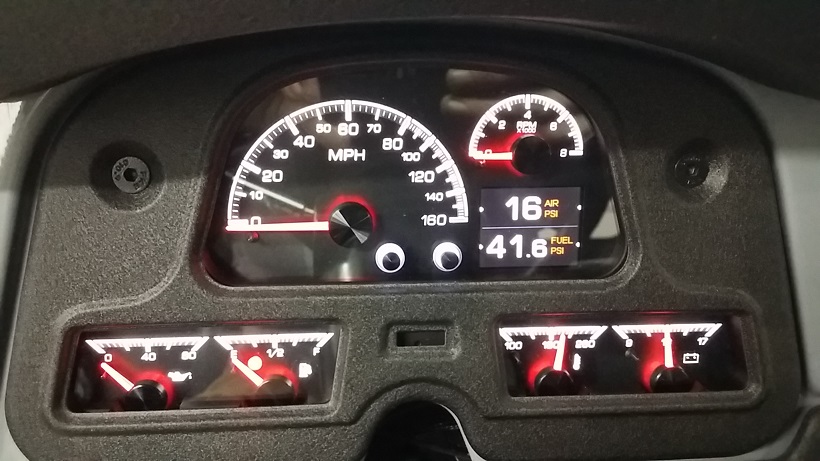 Here are the pictures from their website of each- 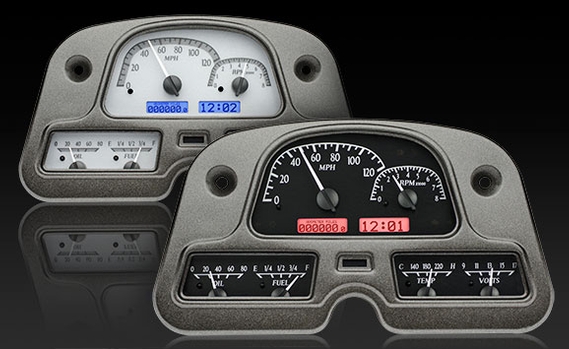 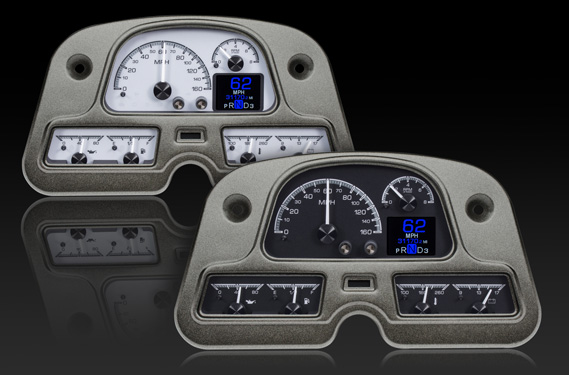 Location
No where fast.....

I sure hope so... If not, that will be a whole different thread!

A cool thing about the speedometer is they kept 60mph in the center at the top, and everything past that is scaled down.

I noticed that. It's a great looking cluster!

Thanks for the write up you answered all me questions.

Nice write up, I preparing to buy one myself so this was a great help.

Is it just the design and font that would make it very dif looking from oem? Bc like fjcompany did, the design can be changed like the vhx (?)

Thanks for the write up btw.

These are great setups! I am still running the VHX unit on my personal 40 with an ls swap and love it but I may need to upgrade to the HDX and try it out!

Thanks for taking the time to do the write up!

Thanks for the write up.

I assume that these units will accept the inputs from an LS PCM and convert them to the appropriate readings on the display (i.e. temp, voltage, oil pressure, etc.)?

These will work with the LS engines! To accept the inputs directly from the PCM you need to use the OBD add on module that just plugs into the obd port. Mine is using this setup and works great!

Message me for pricing if anyone is interested in these HDX or VHX units!

Gotta be Geared said:
These will work with the LS engines! To accept the inputs directly from the PCM you need to use the OBD add on module that just plugs into the obd port. Mine is using this setup and works great!

Message me for pricing if anyone is interested in these HDX or VHX units!
Click to expand...

So, I don't need the PCM output wires for OEM gauges? I Howell EFI put them in when my harness was built because I wasn't sure how I was going to deal with this issue.

reddingcruiser said:
So, I don't need the PCM output wires for OEM gauges? I Howell EFI put them in when my harness was built because I wasn't sure how I was going to deal with this issue.
Click to expand...


I'm sorry, I misunderstood. Yes this will use the output wires on your conversion harness. The OBD module performs the same function and also adds may additional readings that can be displayed on the information centers.

Here's a post from my build thread, but it is relevant so I'm adding it here-

Since upgrading to the newer version my the Dakota Digital dash, I have been tossing around ideas different uses of my 'Extra Inputs' for my display. Twice now, I have started driving without having my tire carrier latched! Luckily, no damage was caused and I noticed before anything bad happened!

So, here was my solution-

Marking where to drill- 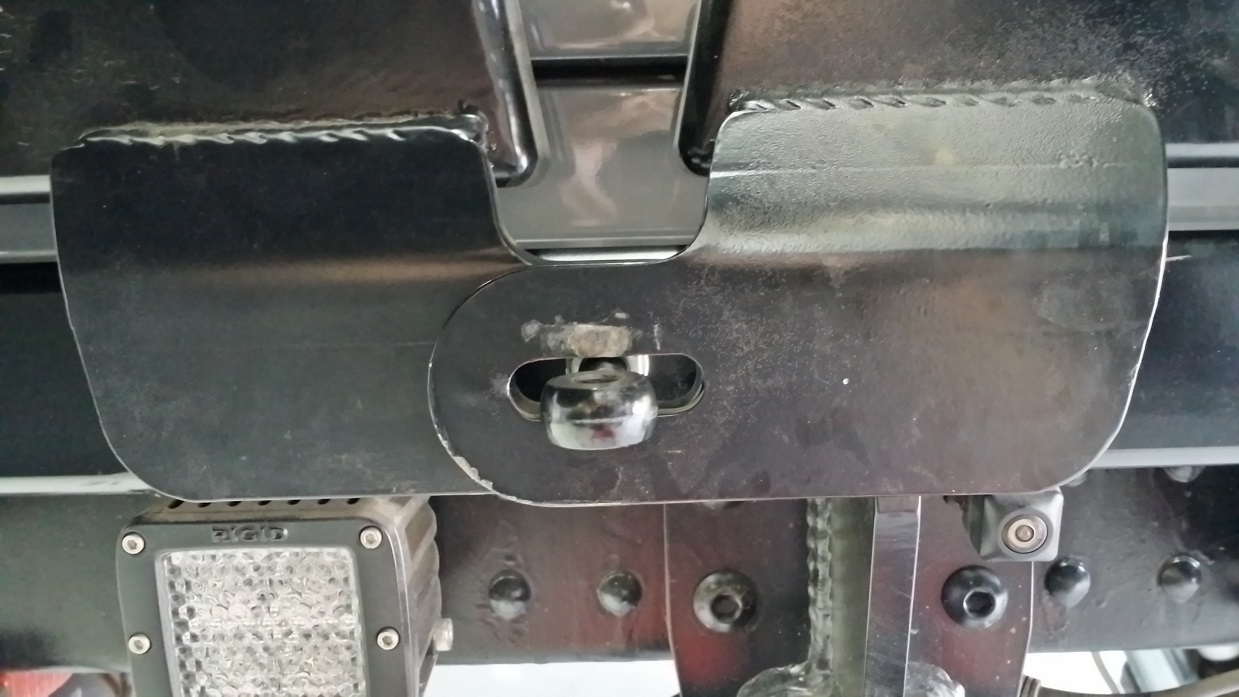 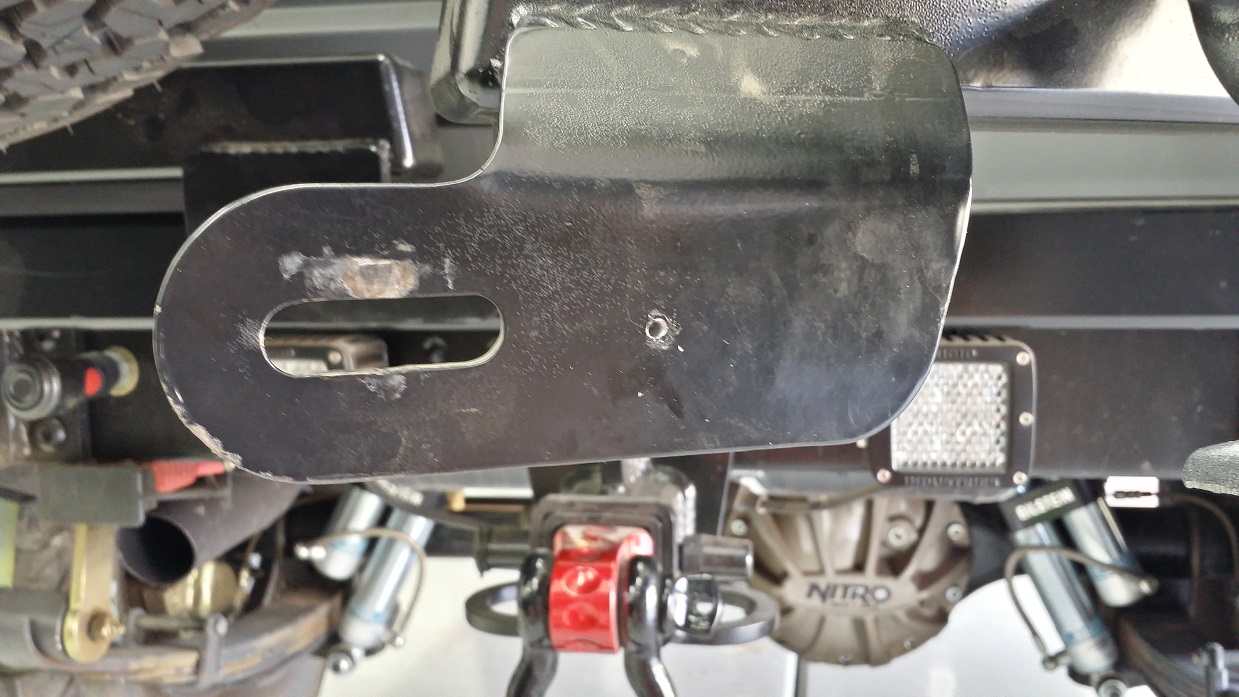 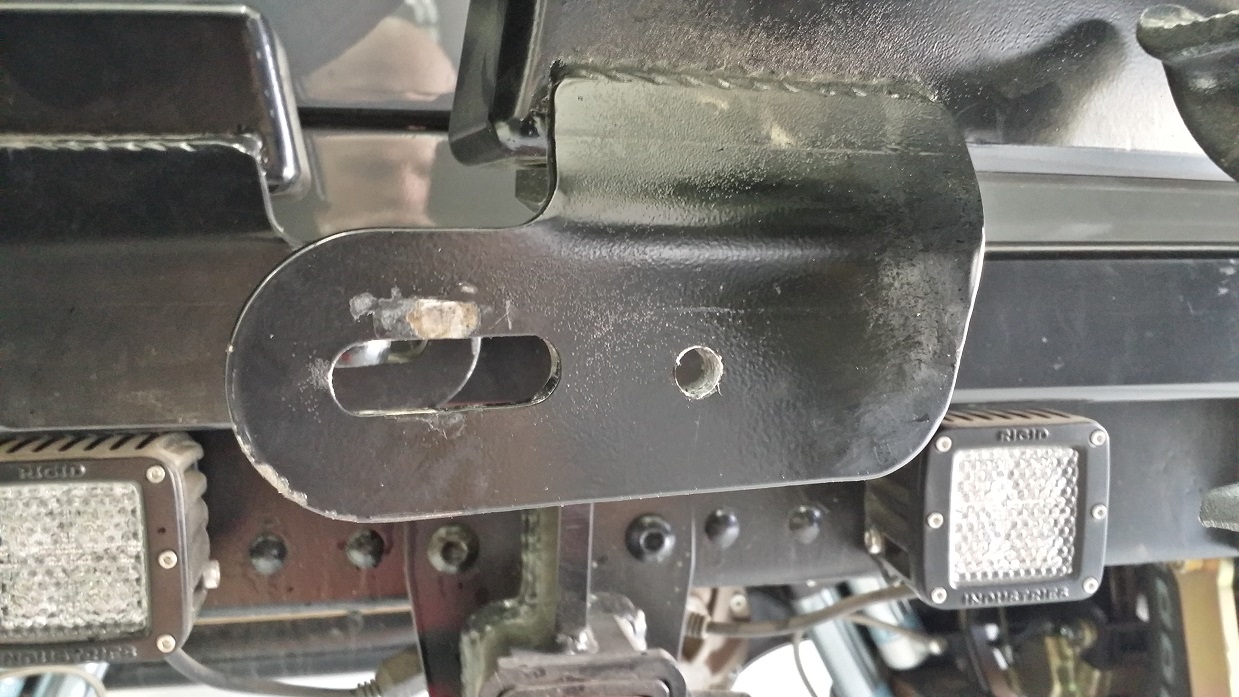 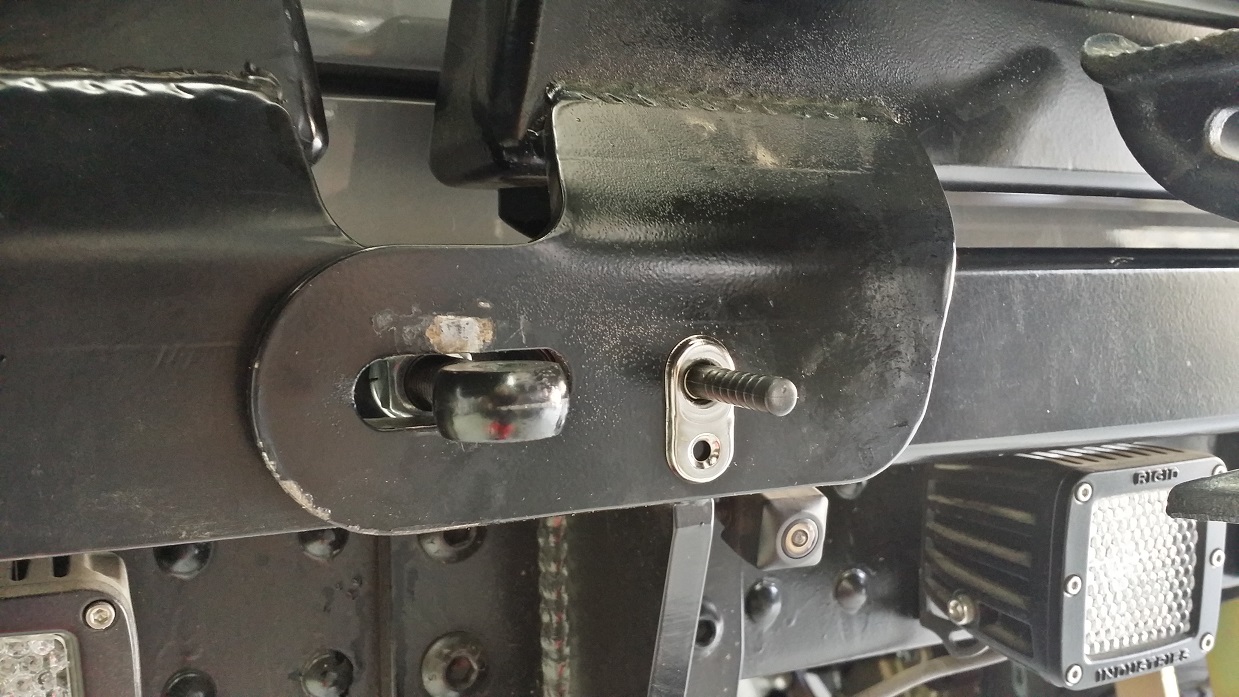 Rubber boot and and adjusting- 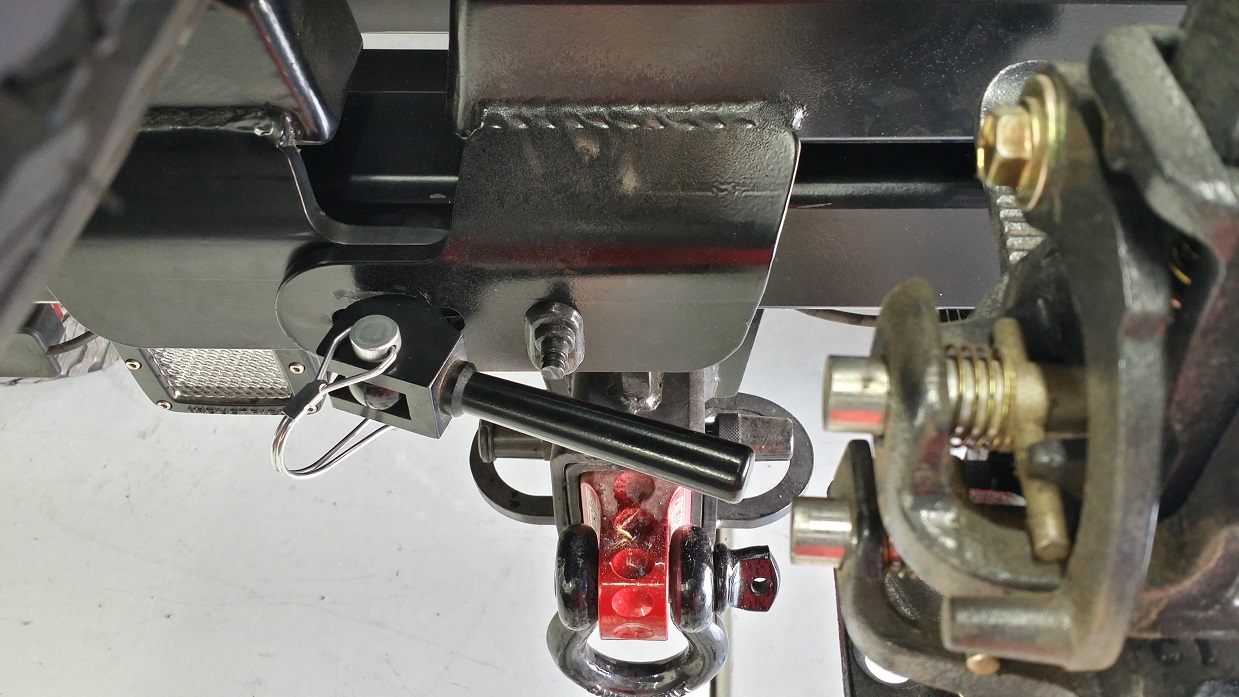 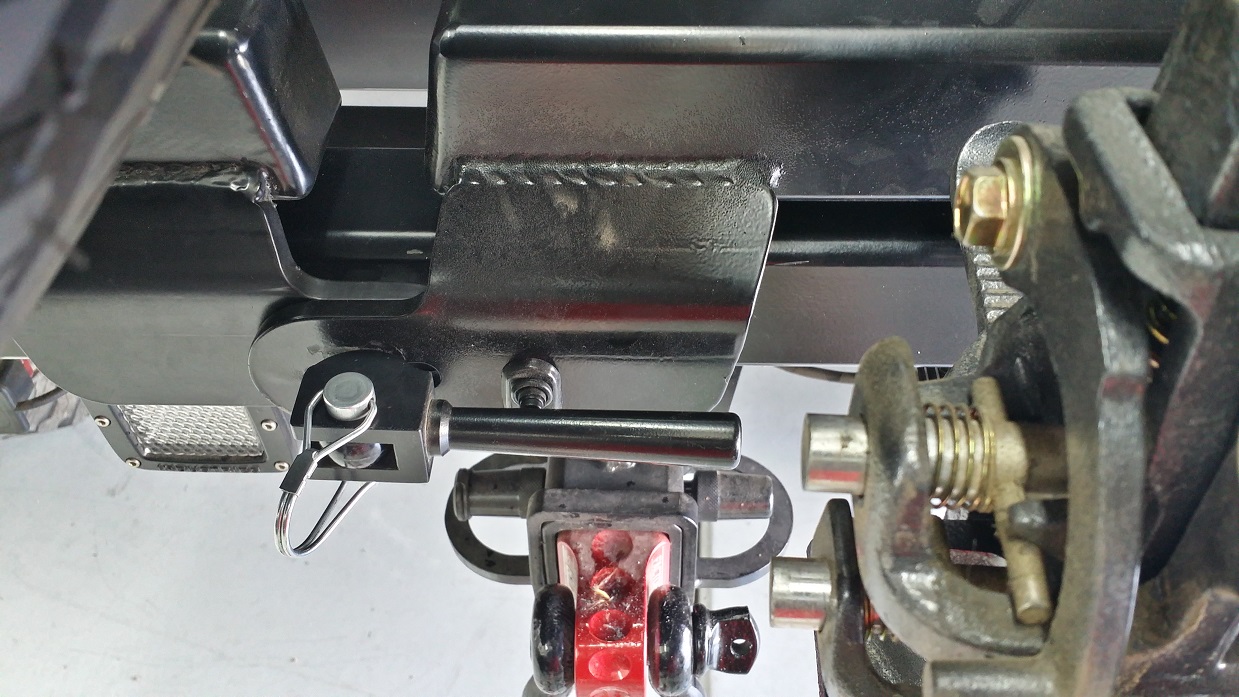 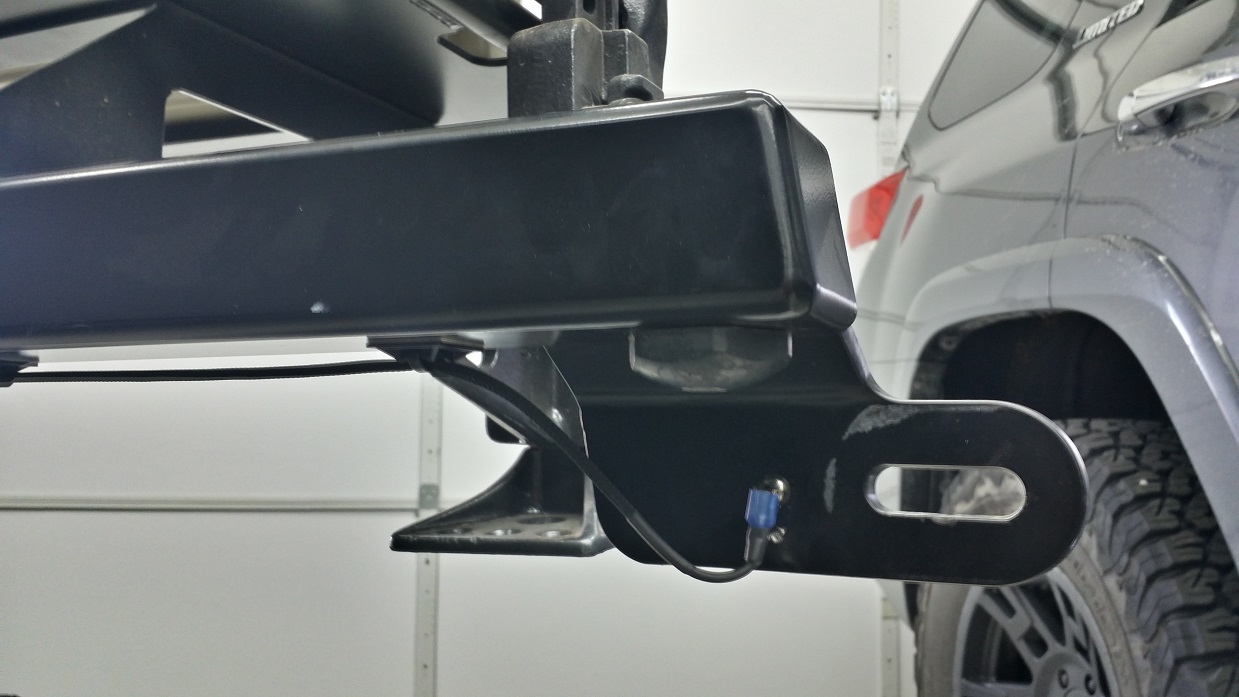 And the display when the carrier is unlatched! Also accompanied by a nice "BEEP BEEP BEEP" tone! 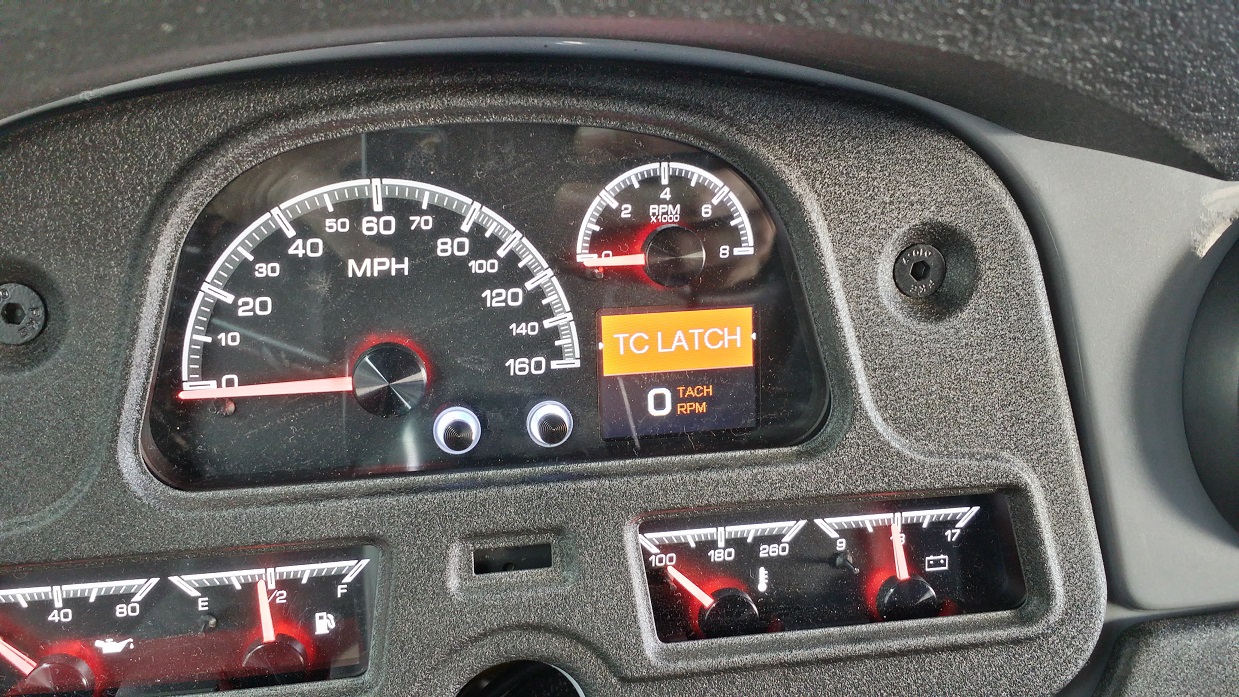 Extremely pleased with the outcome! Shows just how expandable and programmable the Dakota dashes are!

Riley,you almost look like an expert on DDigital....I am ready to install one...I do have a GPS unit module too going with it...question is---they are saying to drive 1 mile and set up speedometer this way...I thought if I got GPS I don't even need the pulse generator or cable from the T case...because is running of GPS anyway so why the cable.??..Planning to plug the T case output for a speedometer cable ....Your thoughts??Also I have 2 tire sizes-35 and 33 running them randomly....Does the tire size matter to program the speedometer and do I really have to run 1 mile to set it even I have that GPS module??I sure wouldn"t like to reprogram the speedometer everytime I am changing my tire size...What would be you opinion about this??By the way,your rig in the Colorado Rockies looks great!!!!Great photos...Thanks,Mike

Hi Mike, when you set it up you have the ability to choose your source signal. You will not need the pulse signal.

Here is a link to the setup specific to the gps module.

I hope this helps!

Thanks for the write up. I was just looking at the DD site the other day and noticed the new version. I really want to put one of these units in. As soon as the kids are done with college I think I might have to get one.

Don't see the odometer on the new version.
You must log in or register to reply here.