Going to get after it this weekend and do rear axle seals, new wheel cylinders, and new brake shoes. The threads I've searched are all over the place so I've pieced together a little info. Any major tips or tricks with this job? '78 and if I had to guess, I'd say the rear brakes are original. Front discs looked original when I had that apart doing the front knuckles.

Maybe for a separate thread, but likely going to do the transfer case output seal and re-do parking brake shoes as well since it's coated in oil... Tips or tricks there? Thanks all!

Plenty of great information in the OEM factory service manuals on all of your projects, wonderfully supplemented by the write-ups on coolerman's web pages.

One bit of advice:. When I replaced the ebrake shoes, the ones I got from one of the prominent aftermarket $uppliers were too thick to fit the drum over.

Fortunately, OEM were still available, and they worked out perfectly.
3

IIRCC rear brake cylinders are specific to there location, know which one goes where.
use anti seize on the adjusters
turn drums or get new

park brake, get or have your housing turned to accept 2 seals
you may need a speedi sleeve for the drum

I appreciate the replies. I'll take some pictures of the progress.

Please document! I'll be doing the same sooner rather than later.

Only ended up doing rear axle and brakes, didn't get around to transfer case output seal/parking brake.

Left side seemed fine in terms of oil seal and wheel cylinders but of course did both sides anyway. Right side shoes were soaked.

Removal of brake parts was pretty straight forward. The wheel cylinders had to be punched out after being un bolted. I also wasn't worried about brake fluid since I also replaced the master cylinder (separate comment on that later). 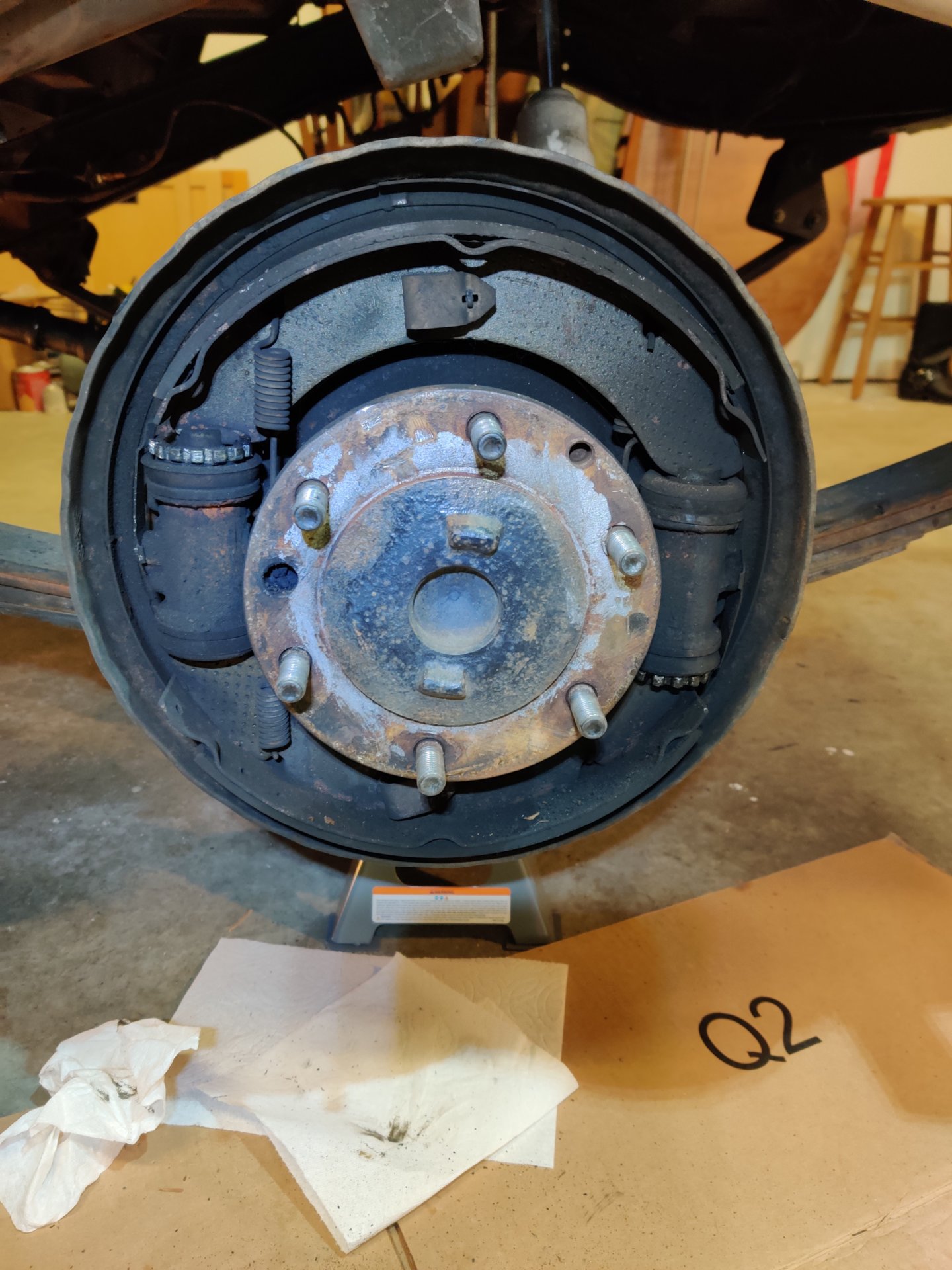 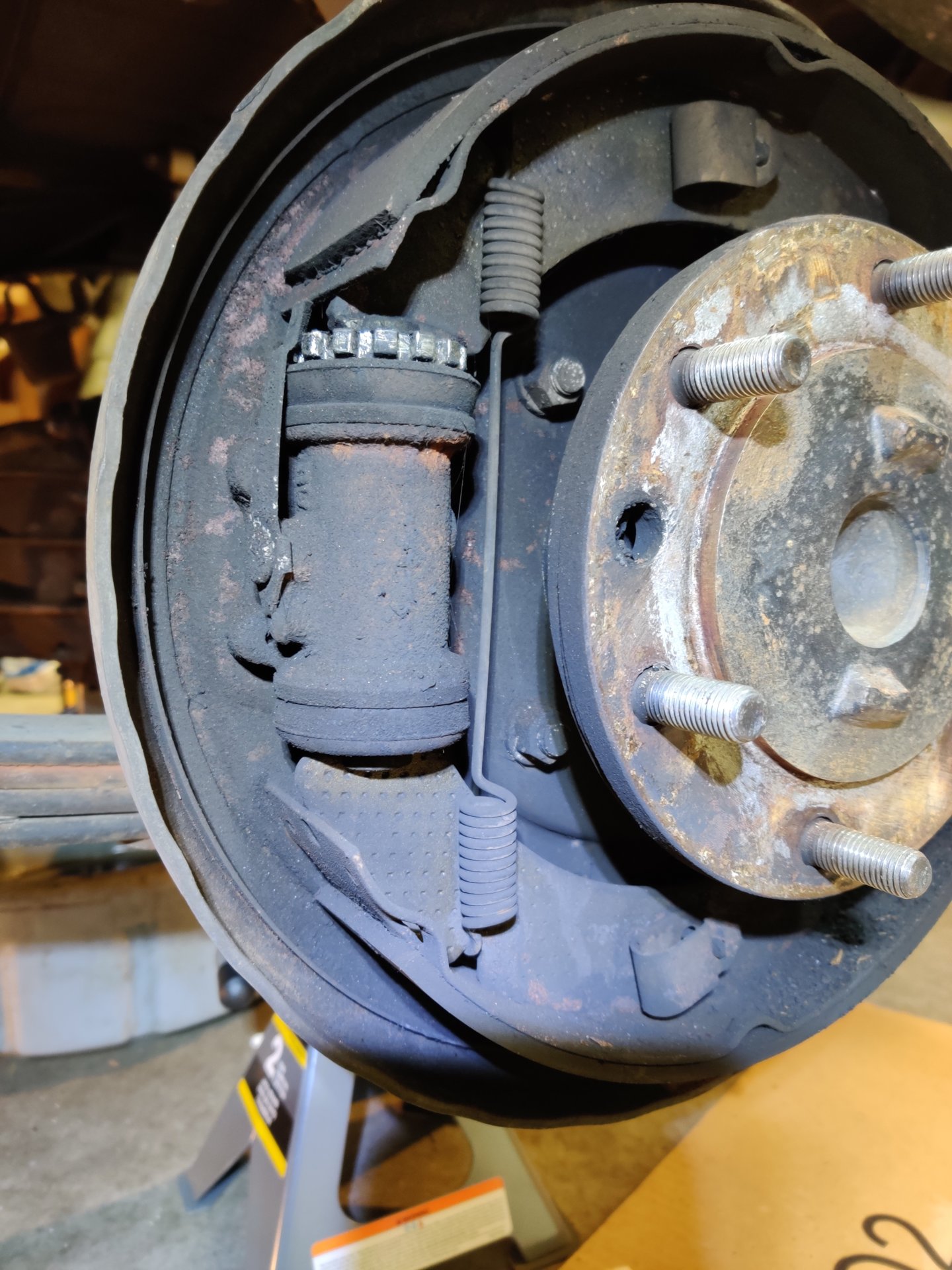 Tips for removal of outer plate is to crank in both wheel adjusters. Also, normal brake adjuster tools don't fit in the little Toyota slots. Had to take some hits on my knuckles using a screwdriver. Later, I got fed up and ground down the tip of the large adjustor to fit. Reverse applies for putting the plate back on. For adjustment purposes, I would highly recommend expanding the brake shoes evenly until you can barely get the plate on to avoid the billions of adjustments with everything in the way. That took most of my time...

Once all the brakes are off, time to release the axles. Back diff cover off, there is a smaller bolt holding the pin from sliding that needs to be removed. Once the pin is out, the center "spacer?" Can be removed, allowing the axles to be pushed in to remove the C clip. Wild that that is the only thing keeping axles in .

Another tip: once the axles are out, place the spacer, center pin and bolt back in to prevent moving the rest of the gearing in there and having to take extra steps to realign and put back in the thrust washers... 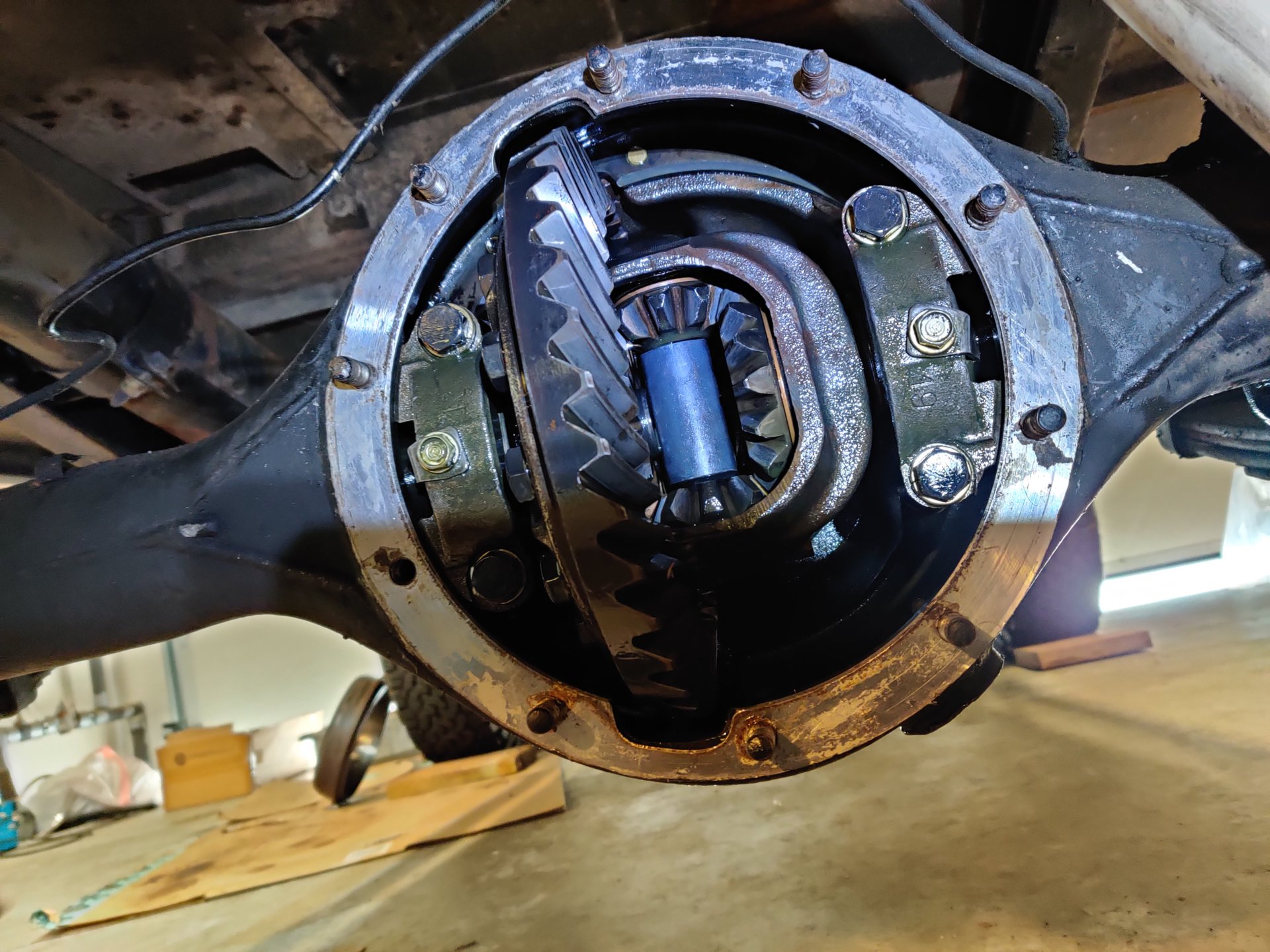 With axles out, oil seals came out with a slide hammer pretty easy but were destroyed. I elected not to replace wheel bearings since they were in apparent great shape with no signs of wear on the axles (race) or bearings themselves. Also didn't have the proper size bearing driver to drive new ones in. I did elect to grease them. I realize that they are oil fed but wheel bearings like grease. Since they are inside of the oil seal they don't NEED grease.
Last edited: Feb 29, 2020
You must log in or register to reply here.

Thoughts on pricing for 74' FJ

G
help engaging long birfield (driver's side) into differential-SOLVED-it was me.