Stopped by to see Tony.

He's making steady progress still, but keeps finding things that he says will probably extend the time required to finish the job. He's got the body all together on a frame, but he had to use some ratchet straps to pull the hardtop sides in enough for them to fit. There are a few inconsistent panel gaps that he'll work on. He was also pointing out an issue with the spacing at the body mounts for the tub. It sounded like it wasn't a big deal; I think he said the actual body mounts are thinner than the wooden spacers he's got in there now, so that plus just the force of bolting the tub down should sort it out. Finally, he said that the supports/holes for the tub bolts on the rear sill are not lined up with the holes in the rear bumper/crossmember. He said he'll probably just drill another set of holes in the crossmember, and that it's not a big deal. Brian approved it.
But the gist is, progress continues and it looks like a 40 again!! 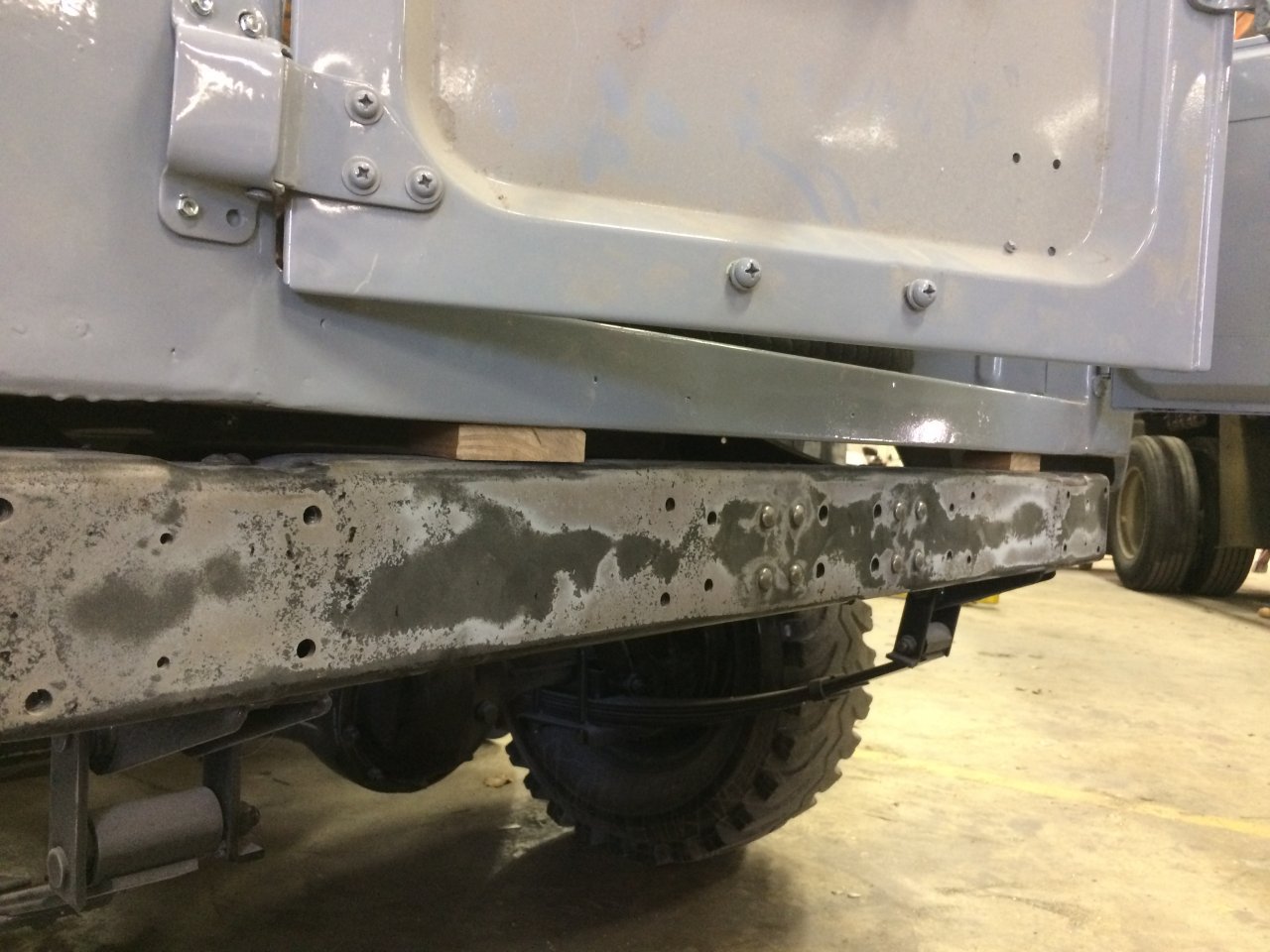 He's got rather large wooden spacers in there right now. 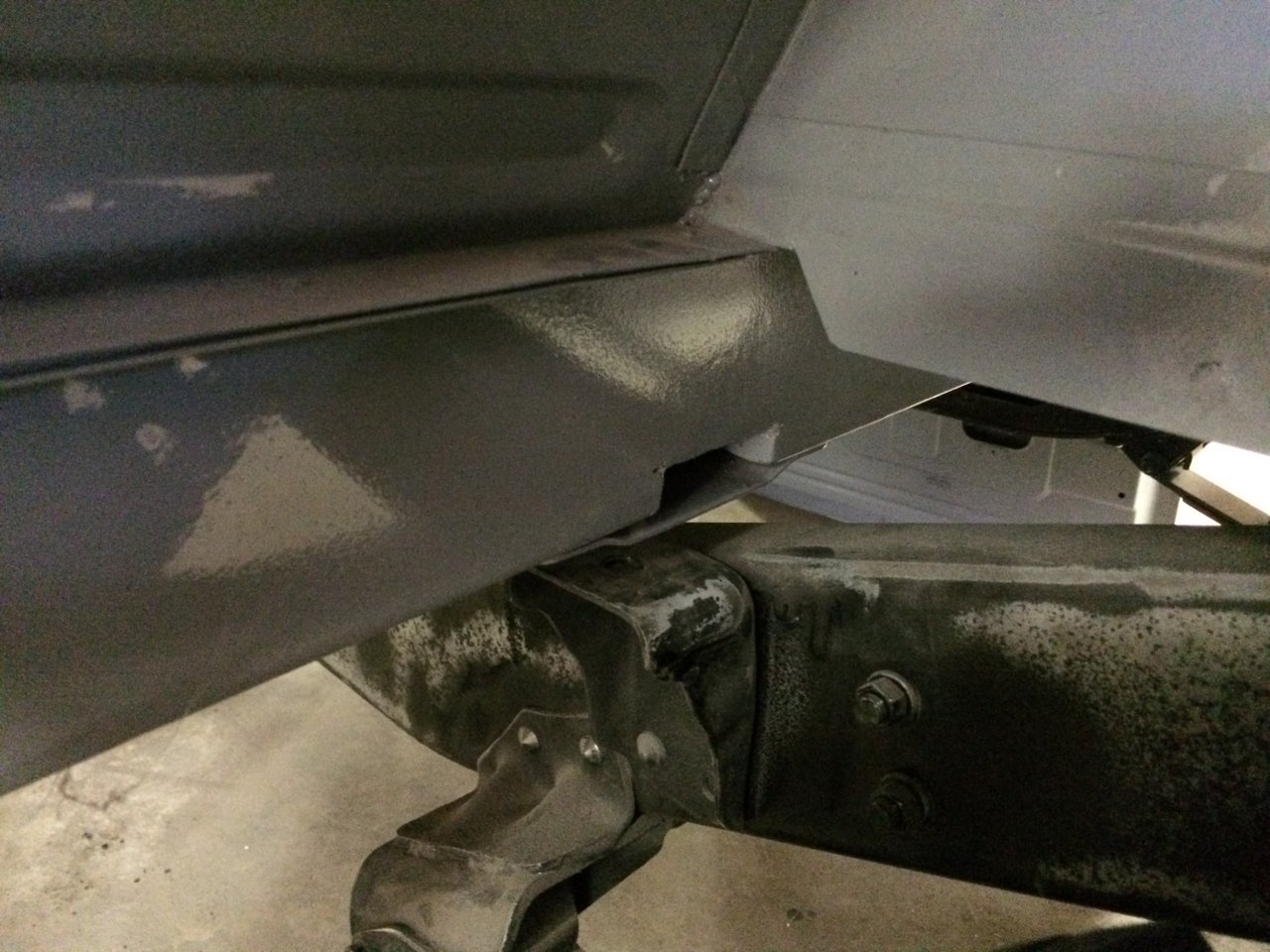 Big gaps between the tub and frame. 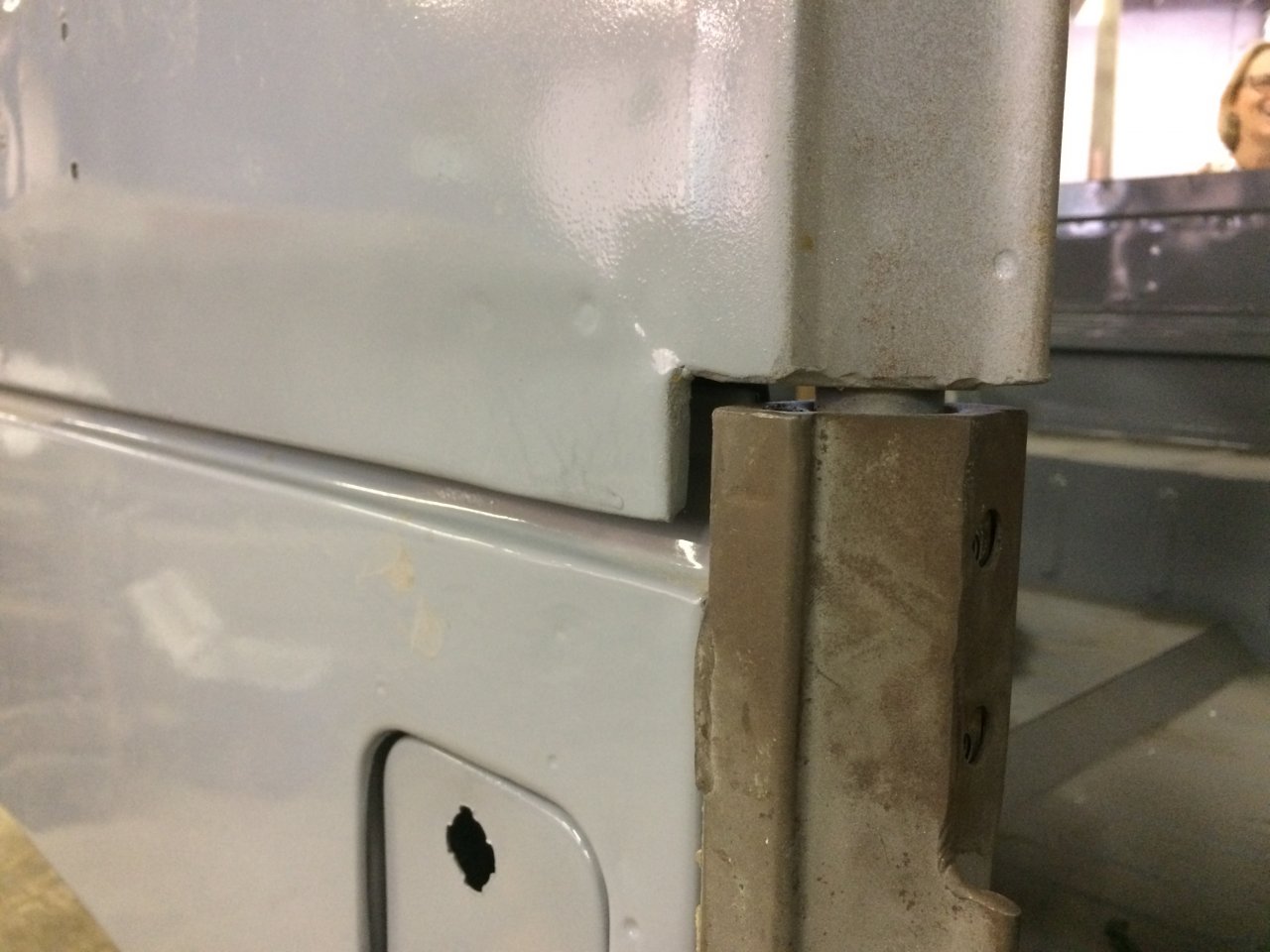 Not a perfect fit. 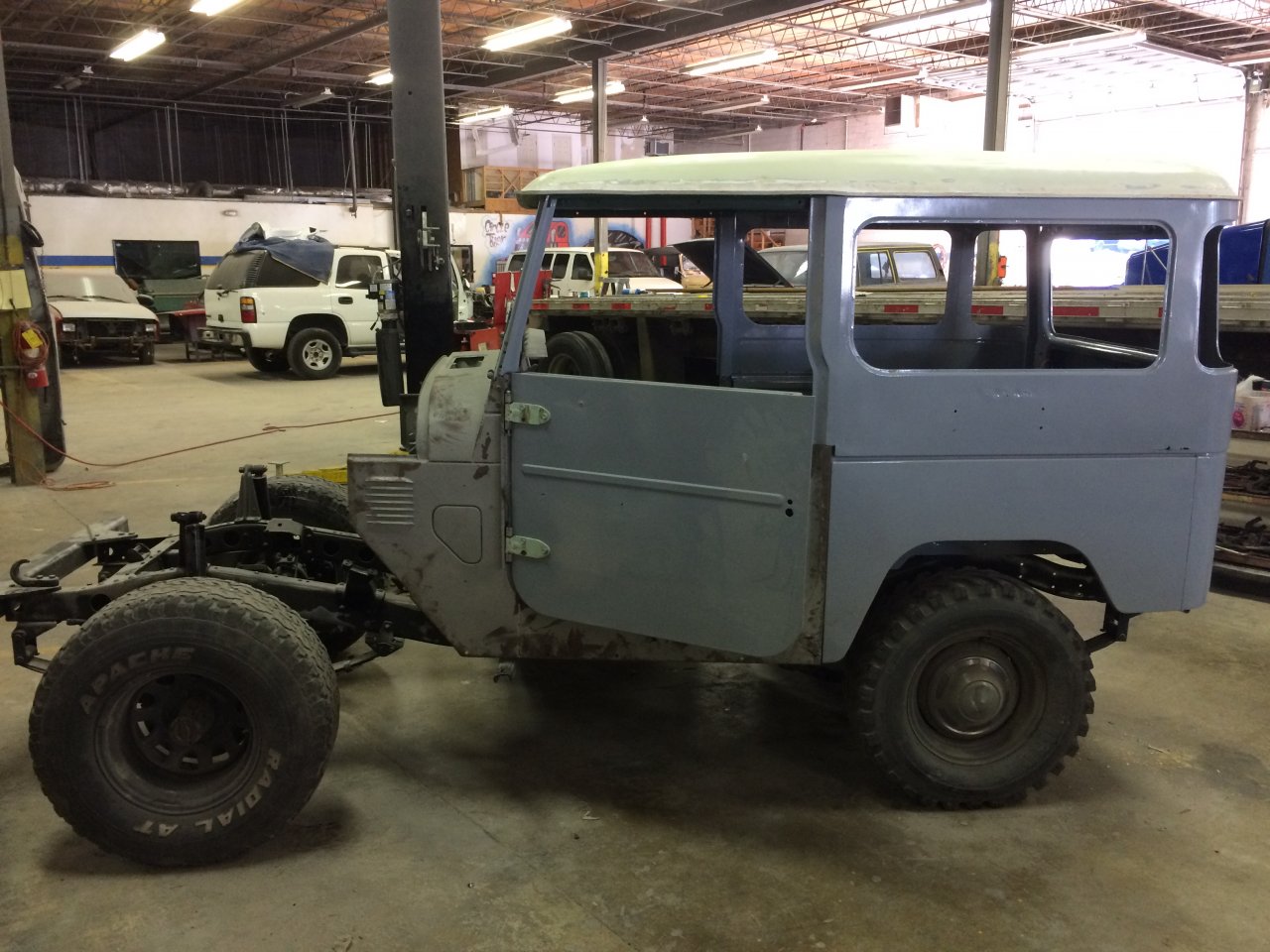 But at least it all goes together!

Last week marks one year since my dad, uncle and I spent 4 days tearing down the 40 to begin our first frame off restoration. Back in those days, we had delusions of finishing the restoration in a few months. Ah, how naive we were. But we’ve enjoyed the project so much that we decided we needed to do it again (even though the ’73 isn’t done yet!). I recently started another thread for our latest project here:

Rescuing a 1981 BJ42 from a rusty demise in New Zealand
I hope y’all enjoy it.

In terms of the ’73, I’ve been studying abroad this semester so haven’t been able to work on it at all, and dad has been busy the past month with work. So although I don’t have much of an update for you right now, dad is going to have time again next week, and will hopefully make a trip down to the shops to assess where we’re at and get the ball rolling again. Until then!
You must log in or register to reply here.