Anyone know what the "official" towing capacity is for a HJ47. I have found numbers for the carrying capacity but not for towing.

depends on the country, you want the "safe" towing capacity or the rated?

The truck came out of OZ. Looking at other US trucks of about the same GVW the rated capacity is about 6000 lbs. I have a co worker that tows a dual axle trailer with brakes and equalizing hitch with 8000lbs on it and the truck is rated at 6600lbs. for years without a problem. But he can only go up hills at 45mph. What I would like to do is tow the wife FJ40 on a trailer with the camping gear. I know the 2H would need a turbo for any serious pulling.

not recommended.
recommended towing MAX is 3000 lbs.
do yourself a favor, hook onto your buddies trailer, stick 5000 lbs on it and go for a drive. make sure it is a couple hours long over a variety of terrain with a good head wind and you will understand why i say this.

s***, in Iceland a 40 has a max rating of 8000 lbs. we have had this discussion in depth in the past on this forum. do a search and you will see the debate.

of course it is your truck so do what you want but take into consideration the innocent family that will be on the recieving end if something goes sideways.

I finally got a hold of one of my sons friends that is in the university, majoring in automotive design. He said the rule of thumb they use is the towing vehicle should equal or exceed 80% of the combined weight of the trailer and the vehicle being towed.
D

tkorade said:
I finally got a hold of one of my sons friends that is in the university, majoring in automotive design. He said the rule of thumb they use is the towing vehicle should equal or exceed 80% of the combined weight of the trailer and the vehicle being towed.
Click to expand...


Rules of thumb are best ignored.
Tow ratings are based on chassis and hitch strength along with the design capacities of brakes and suspension.

A 40 on a trailer is probably a shade under 2,500kg. That's fine provided everything on your vehicle is in excellent condition and the trailer has good brakes. But don't expect a fast trip.
If you plan to do this more than occasionally then you'll want brake upgrades and set your suspension up for towing too. Power isn't a safety concern when towing, it's just a comfort factor.

actually well worded Dougal, just to note though it depends on the trailer and design of his 40 for your weight ratings.
he did mention that the 40 has camping gear which can mean a tent and a water bottle or a fully decked off road 40.
my float is 2200 lbs by itself but you can get them down to as low as 1500 lbs.
a dry 40 weighs in at 1480 kg (3256 lbs) for topless 40 up to 1780 kg (3916 lbs) for a hardtop version dry.
lightest trailer and truck combo (with no camping equiptment or 'stuffs') will be 4800 lbs but could weigh in as much as 6100 lbs with no extras. of course once you add camping stuff, spare parts, kitchen sink, firewood etc onto the trailer then the sky is the limit.

lets just say a tow through the mountains isn't recommended.

as for an engine being part of the towing capacity rating, yes you are right.
but
in the real world, the engine is important to the comfort of the tow.
example:
my last tow vehicle was a powersmoke diesel van and anything i put behind it was moved with ease and made the tow very relaxing and comfortable.
my present tow vehicle is the cummins, it is gutless and struggles pulling the same load. the tows are stressfull and not enjoyable.
both do the job but by the end of the tow i am not a happy camper. i will be selling the cummins and going back to a powersmoke this summer.
D

crushers said:
my present tow vehicle is the cummins, it is gutless and struggles pulling the same load. the tows are stressfull and not enjoyable.
both do the job but by the end of the tow i am not a happy camper. i will be selling the cummins and going back to a powersmoke this summer.
Click to expand...


Wow that's interesting. We don't get either powerstrokes or cummins here but all the noise we get over the internet says the cummins has the most potential as a tow-rig.

yep, i bought into the hype and got one, 280,000 km in excellent shape... and hate it. but i do love the bench seat in it. great for those long distance catnaps.

the powersmoke is my favorite, better power, better fuel mileage than the cummins ... but ... damn is it noisy.

i like the old ones, the new ones do nothing for me. yah, they got more power but the fuel economy sucks.

As to upgrades, I already have a disk brake front end and rear sway bar waiting to go in. The 40 is topless and will be getting a 3b transplant. Before I retired from the Navy I drove heavy equipment moving 100+ ton loads so I'm not unaware of the safety issues. But not being familiar with "small" loads I am thankful of all the comments I have been getting. 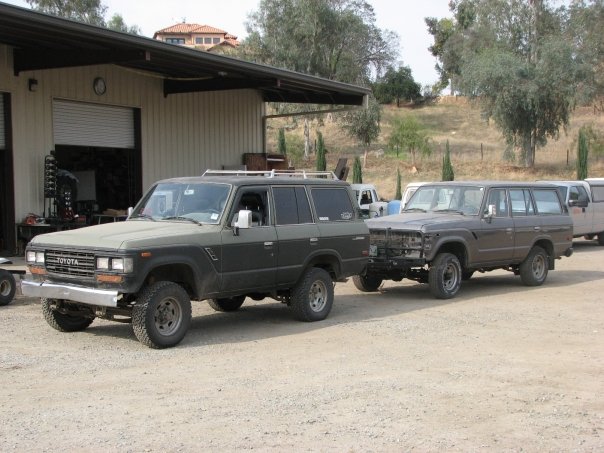 in the end people do what they want to do ... after all, are we all not immortal? 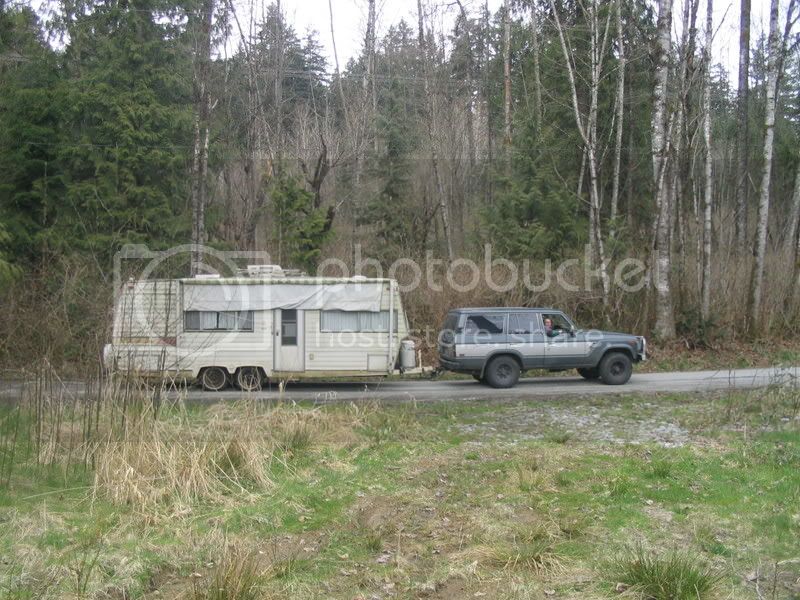 This photo has it attached to my FJ60 but you get the idea.

each to their own...

This worked just fine today as well, could hardly tell it was there. Drums all around too. 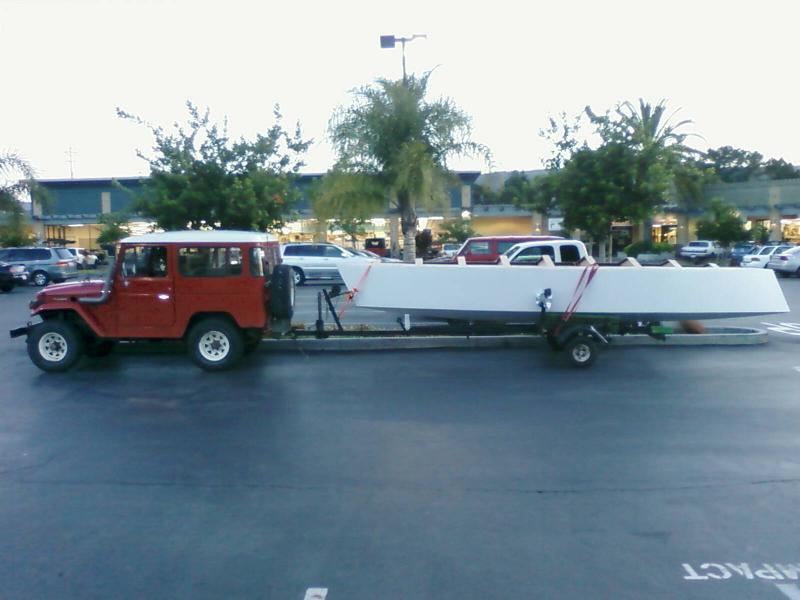