Just had my 77 FJ40 shipped from Stockton CA to Oak Lawn IL. Aaron (Riverrunner on Mud) from Summit Auto Transport (303-524-9122) arranged everything for me and I could not of asked for a better experience! Not only did he come in 200 dollars under the best quote I received, but he was extremely helpful and answered all my questions.

Anyone needing a 40 shipped should contact Aaron, thanks again!

Thanks for the wonderful words Don! If I could only get the admins to make this sticky!

I can't read SSCR's yellow text, but echoing the same sentiments as the thread title.

Aaron and I began initial discussions Friday, but nothing concrete, due to extenuating circumstances on my end.

Spoke to him yesterday at 10am to formalize transport and by 11 the plans were solidified, driver called by 4pm, and she was loaded and headed to Boulder by noon today. 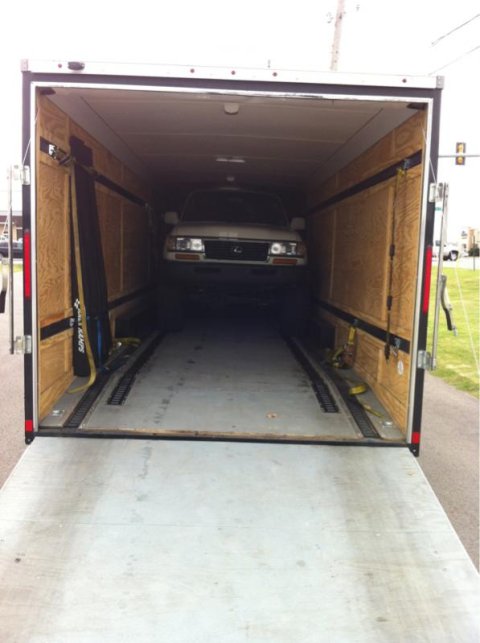 I was lucky (for once) and she's riding enclosed on a one day trip from Tulsa.

Obviously the trips not complete, and I'll update with final commendations, but Aaron was attentive to schedule, price was reasonable, and driver's were very professional.

My only complaint is the 45 minutes it took to do the preload inspection, considering the "stage" the body work is in.

(Obvious sarcasm. The exterior has had all 162 holes welded and sprayed with white primer, and the driver's noted every item that didn't appear pristine, which is a lot, at this point. It's a PP80, but not a show queen. They treated it as the latter on the inspection, which would be advantageous for those shipping minties).

Didn't even air down. 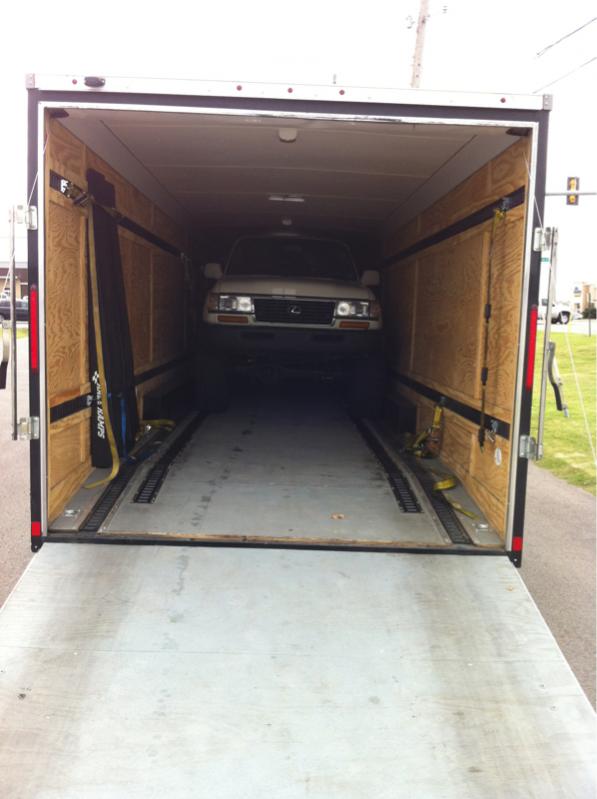 Thanks for the kind words Chris! Got word today from Robbie that it arrived safe and sound. He mentioned it was fun to watch the driver try to crawl in and out in such a tight space. Let me know when you are ready for the return trip.

She will be picked up tomorrow on schedule and delivered to you Saturday. Thanks again for your business and good review! 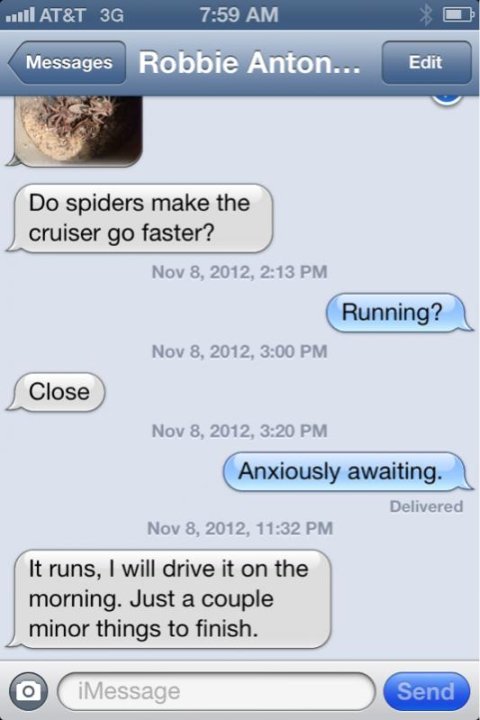 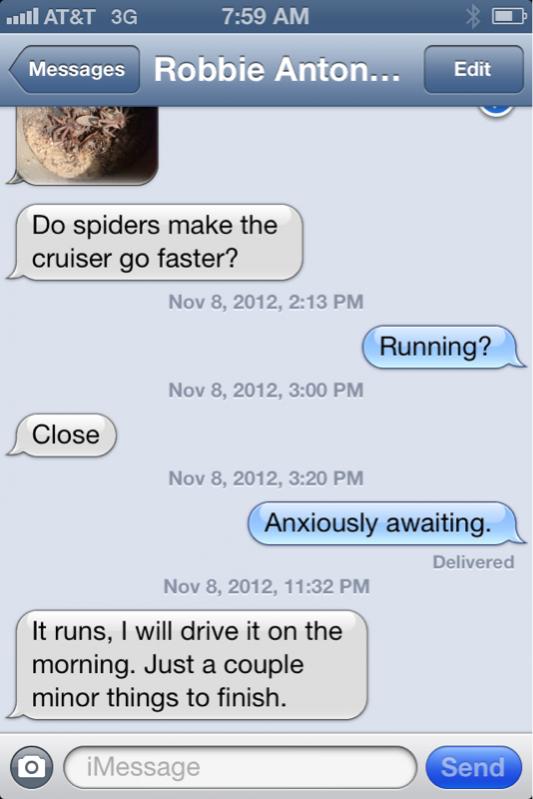 Could you give me a quote from Mesa, AZ to Closter, NJ please.

Could you give me a quote from Mesa, AZ to Closter, NJ please.
Click to expand...


Not sure how often Aaron monitors, so may try email for faster reply.

We used Summit Transport a few weeks ago to have a '86 Hilux shipped from Cali. to Tx. They did a great job and the pricing was good. I'd recommend them! 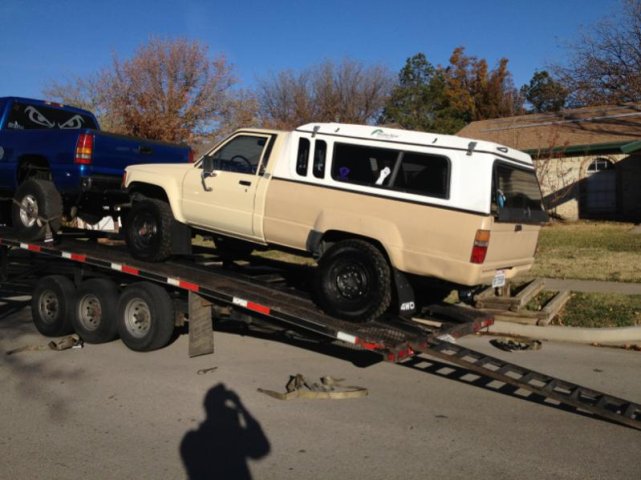 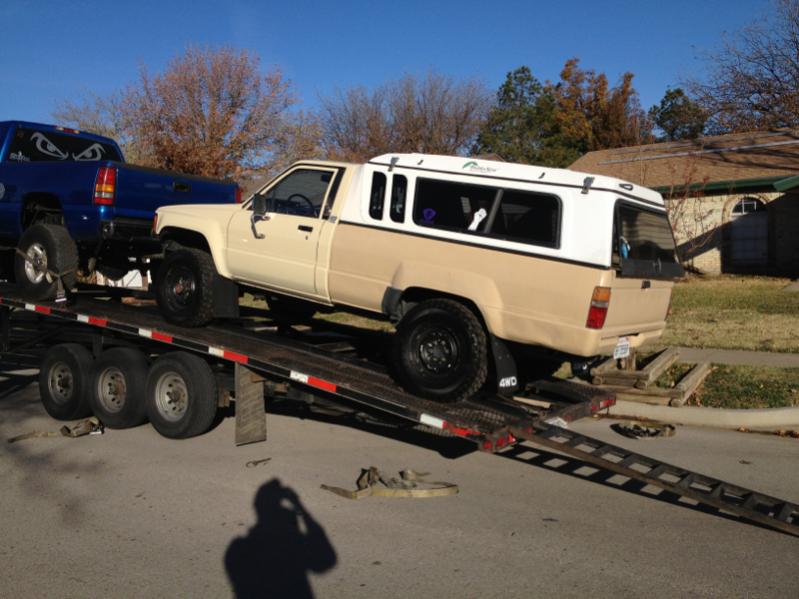 Delancy said:
Not sure how often Aaron monitors, so may try email for faster reply.


Thanks !! Going to shoot an email now.

Adventure Copan said:
We used Summit Transport a few weeks ago to have a '86 Hilux shipped from Cali. to Tx. They did a great job and the pricing was good. I'd recommend them!


Thanks Daniel! Im glad I could help you out!


Interpol said:
Thanks !! Going to shoot an email now.
Click to expand...


I received your update about the shipment moving to Wyoming...I sent to an email and I hope we can make it work for you.

I will subscribe to this thread so I get updates in the future...Thanks Delancy for getting him my email

Good to have this info for future reference.
Aaron, I sent an email to you regarding a shipment I'm hoping to have completed by end of January.
Thanks.

Rozzi said:
Good to have this info for future reference.
Aaron, I sent an email to you regarding a shipment I'm hoping to have completed by end of January.
Thanks.
Click to expand...

Just had them ship another truck for us and second great experience! 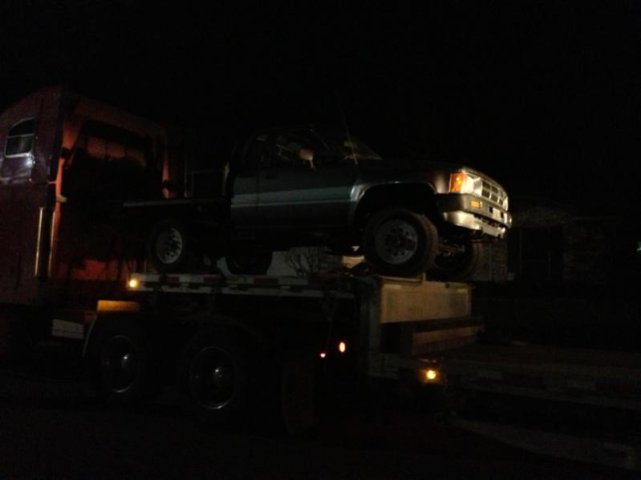 They also gave us a great deal...thanks again!! 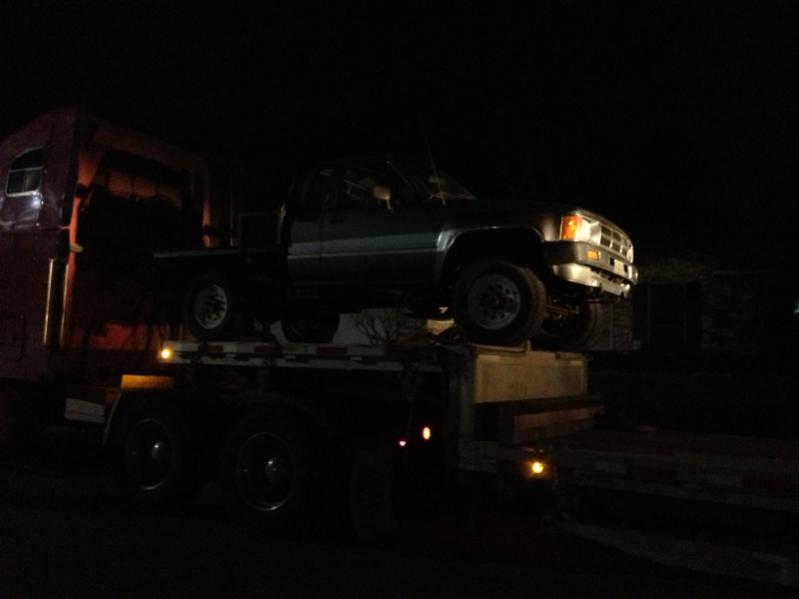 Thanks Daniel! I appreciate all the great reviews from everyone!

I also had a great experience with Auto Summit Transport. They hauled a rig from Stockton, CA to Cumming,GA at an extremely reasonable rate for a non-op vehicle. They even arrive 24 hours ahead of schedule. Aaron is awesome.

Tcstark what did you buy? Something from Georg?

SSCR said:
Tcstark what did you buy? Something from Georg?
Click to expand...


Bigger Blue. Sweet set up.
You must log in or register to reply here.

Wednesday at 5:10 AM
einstein
E

B
MUDShip Need help transporting a set of wheels and tires for 100 series from Santa Clarita, CA to Stockton, CA or surrounding area