Anyone do the GM Tilt steering column swap? What year and model did you use?

The earlier years are better just for the single purpose turn signal stalk. The swiss-army-knife POS they used in later years sucked. Big bulbous thing that worked the wipers, cruise control and brights. Breaks all the time when the tiny wires get bent when you use the tilt. Other than that, there's not a lot of difference. I think Texican uses the later model, easier to find, columns and JB welds the earlier turn signal stalk in there.

I want to say the camaro columns are cleaner than some. You can find them with a straight cylindrical cover.

I used a mini truck tilt column once. It's tough to fab the dash, but the wiring is easier and the steering wheel looks right.

I currently have a steering column out of a 81 camero. It looks like it will go in very easly. Also it already has all the connectors to match up with the chevy V8 wiring harness (bonus). Jack Rice (Medusa) used one in his Truggy.

mid 70's ta on one. not sure what the other one is

I always had really good results with the 86 to 89 Chevy S10 Column.Could be found both in manual and auto style. 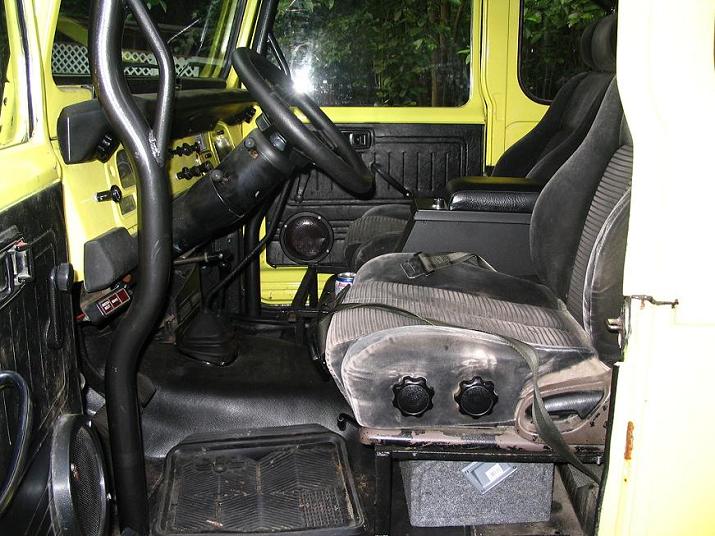 wow, lone gunman your cruiser looks GREAT!! did you have to cut the dash at all to get it to fit?

i didnt have to, but i did just enlarge the opening in the dash just a little so that the colunm would sit a little higher. i used the chevy bracket and cut the ears off and raised the colunm and re-welded the ears on. hope this helps you a little more.

oh and thanks for the compliment!
D

i have an 80's firebird/ camero thing column in mine. They are good because most came with stick shift so you dont have extra shifting junk on the column. Chevy wire harness, so was easy to wire. And, I plan on hooking it up to my wipers on my 71, with this diagram. I cant remember who figured this out, but I am eternally grateful since I couldnt figure it out myself: 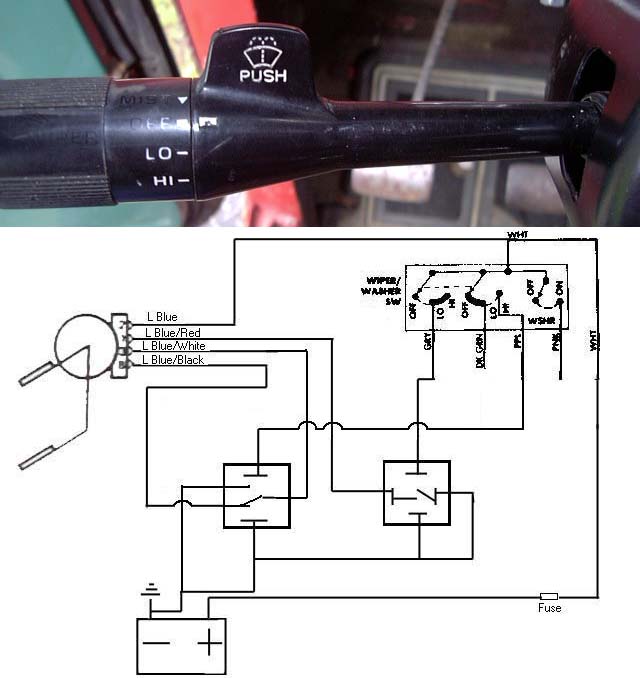 I used a tilt column off of a 82 camaro . worked great. Have the wire directions somewhere . Had to cut the camaro brackets that mounts under the dash and re-weld but otherwise was a cool fit.

Photos of brackets and fire wall mount anyone??

I like the idea that the GM column locks the wheel, ignition and the shifter, especially since our rig will have an auto trans.

85 cadilliac seville, gray just a tint off of OE gray but its on the column not next to any OE gray parts you really cannot even tell.

Just remembered i had a few pics up, mix of astro conversion pics, toyota ign in the dash, then the caddy column installed. I cut the column and reused the factory caddy dash mount (bent slightly and added a hole or two) didnt have to but i had the time Scroll down

Bad link, but the message on the error page is some funny sheit?

I think may be what you were after

I will give this a try, Thanks.

John
You must log in or register to reply here.