here are a couple pics 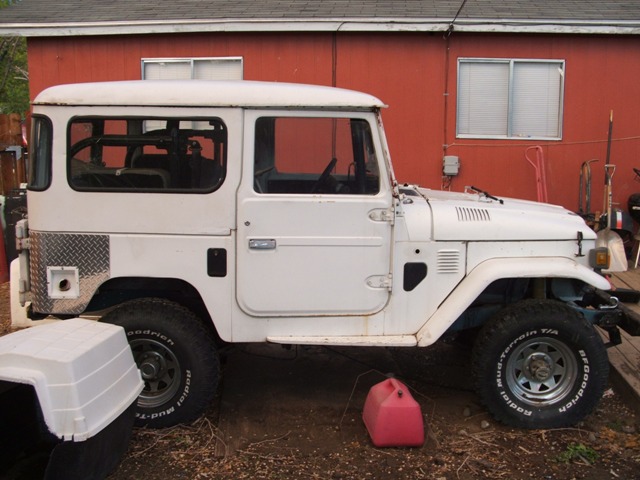 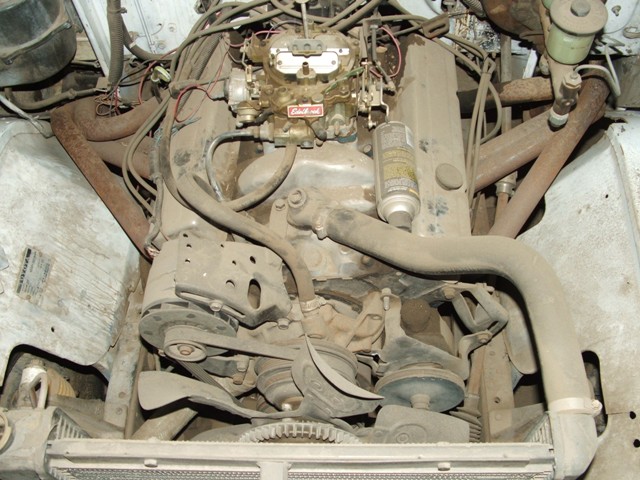 It is located in Reno NV. It is a `76 fj40 good clean title. It is pretty
much a project 40 that is semi close to being
driveable. The motor is a chevy 350 that runs but
still isn't completely running because some wiring is
still being worked on. I have a new ignition switch
that needs to be wired in. The wiring is a new
painless wiring kit that again has been installed but
isn't all the way done. There are a few odds and ends
that need to be wired but not much. The drivetrain is
pretty much stock except for a small 3' lift. Some
rust; the hard top was rebuilt by me somewhat homemade
rebuild. Some dents. The transmission we are putting
in is an automatic transmission already in but not
completely done. I don't have any seats for it right now. 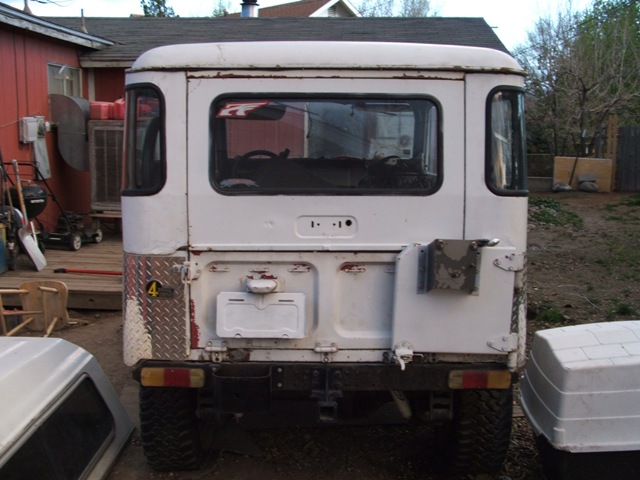 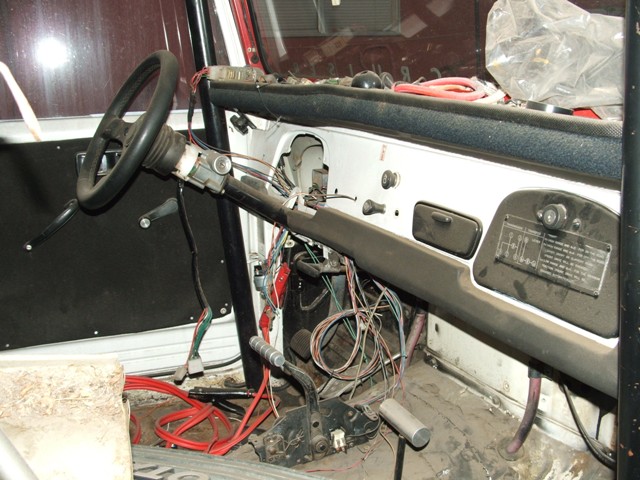 
If you want to part it out I'll buy the lower tailgate door.

Ricardo
pportmd@yahoo.com
78 FJ40
Resto link: http://forum.ih8mud.com/showthread.php?t=165838
You must log in or register to reply here.