Bought it thinking we were going to do a bunch of camping, maybe light wheeling. But shortly after bought a boat and all of our weekend time has gone into that. Nearly all of the ~40k mileage I've put on it was as a daily driver, hauling kids around, etc. A few gravel roads but no real offroading. Previous owners used it as a daily driver as well. Just don't need a 3rd car, would rather it go to someone who will give it some good use.

Carfax would probably show 2 accidents - one very early in its life. I had it checked out and it appears that someone hit the passenger side door as it appeared to the mechanic as having been replaced. He said they did an excellent job, including with the paint matching; no signs of any frame damage or anything else. Second was when i pulled out into traffic on a rainy day in DC and scraped an uber. Damage was to the LX450 was cosmetic only, but had the front bumper replaced anyway.

Has a current VA inspection good for several more months

lots of little issues, but overall in good mechanical shape:
FM radio antenna is stuck halfway up. Still works, probably not as great as if it deployed all the way up.
one of the wheels is missing the little cap that goes over the hub. can be (not) seen on the front drivers side wheel in the pic
most fluids have slow leaks. replace about a quart of oil every ~60 days. top off coolant occasionally, maybe once or twice a year.
some oxidized paint on hood
Front and 2nd low leather seats are cracked and not in great shape, 3rd row are fine
Dash also cracked in a couple of places, thus the dash cover in picture
factory running boards are rusted, otherwise no body rust
driver side rearview mirror pivot lock is busted, insert a small piece of cardboard to keep it extended

will update this as i think of more things. 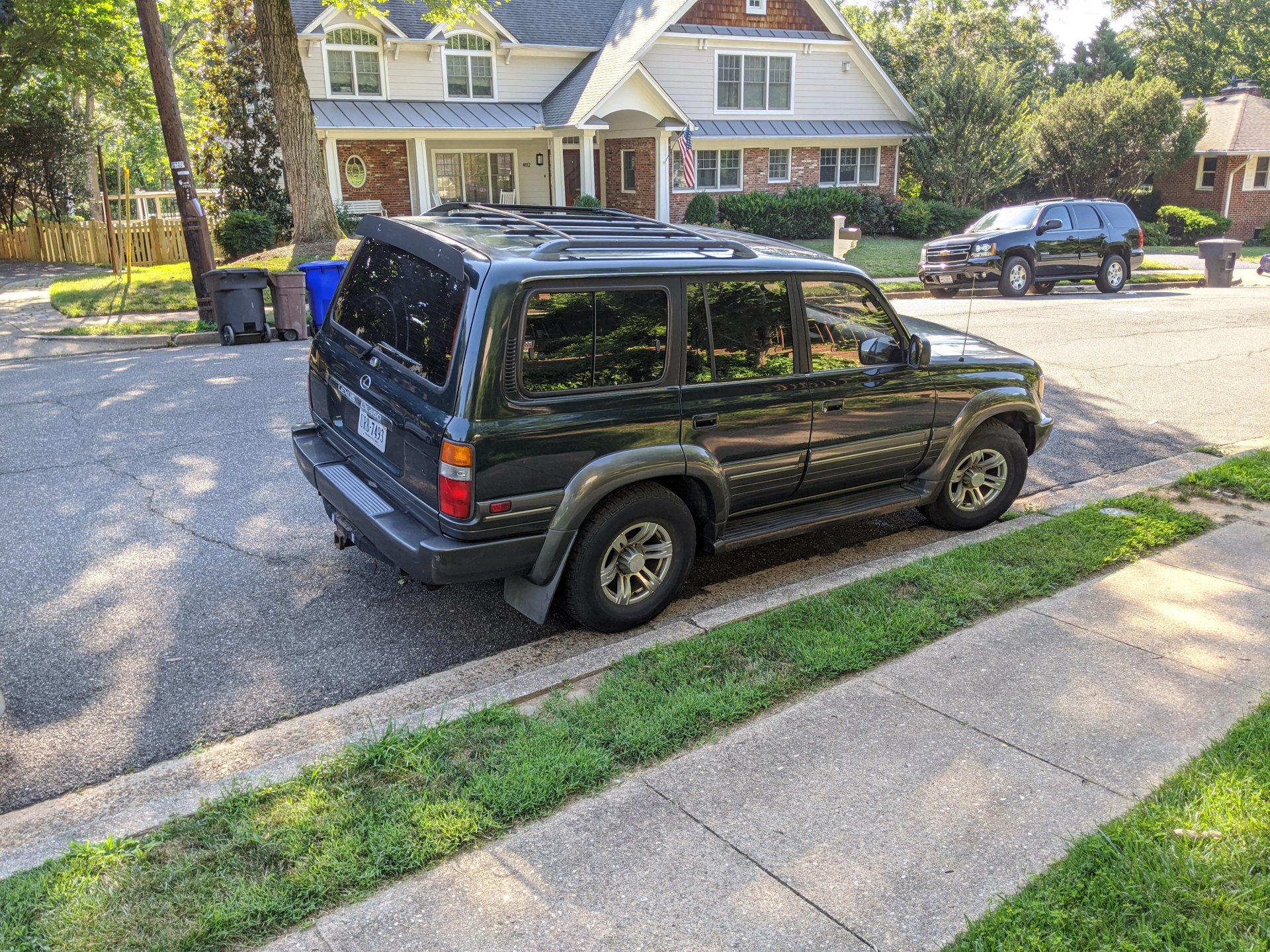 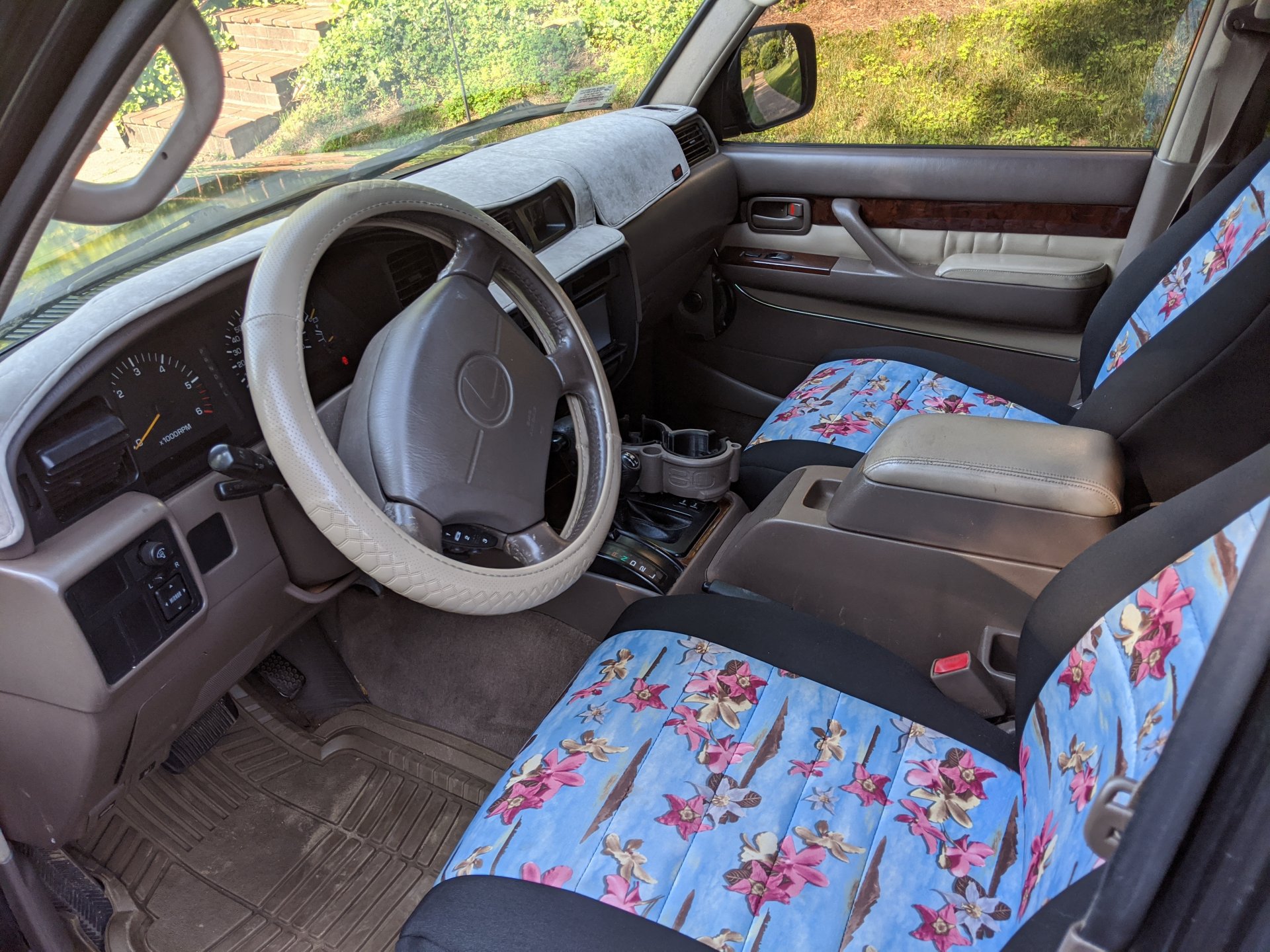 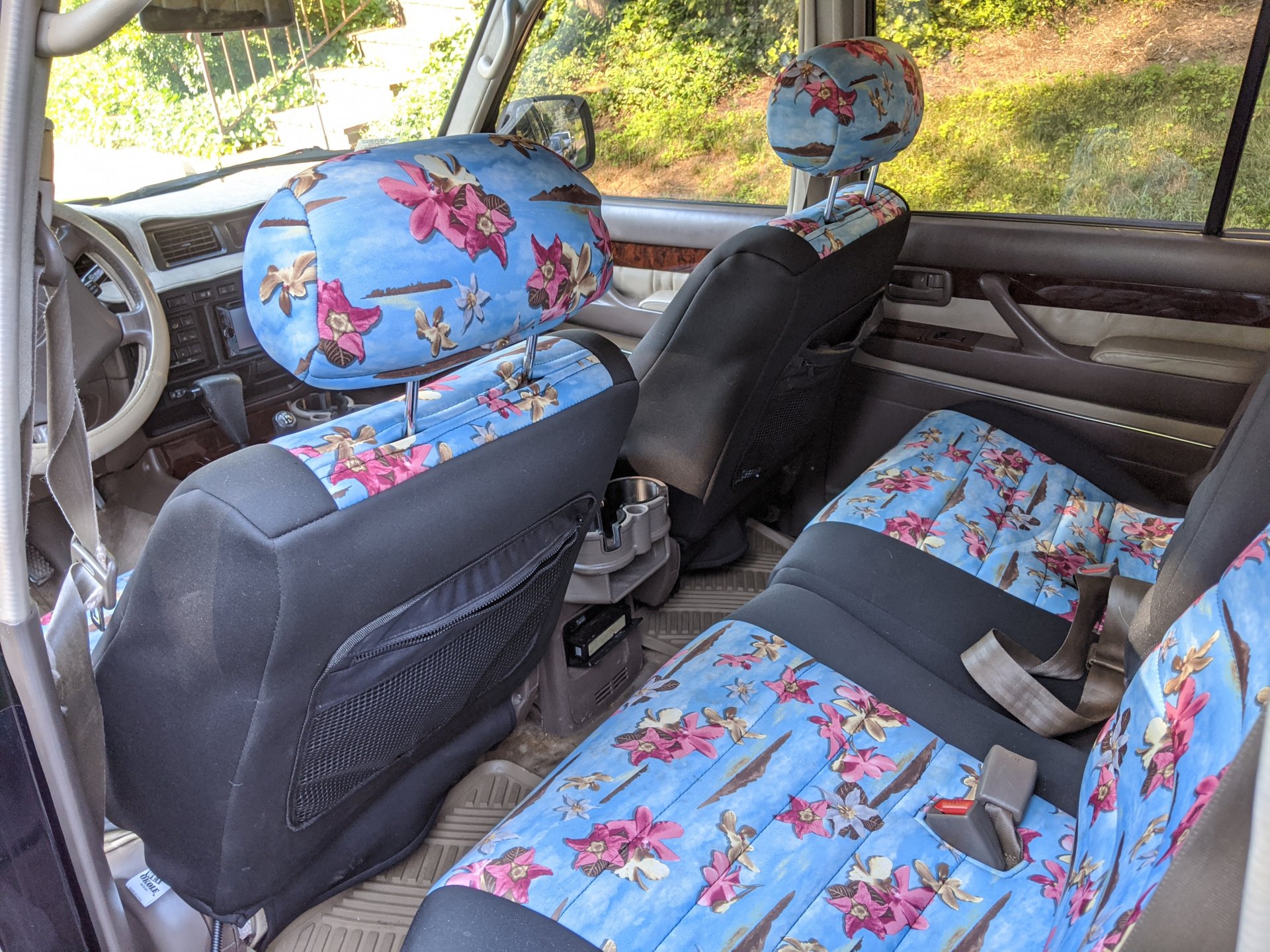 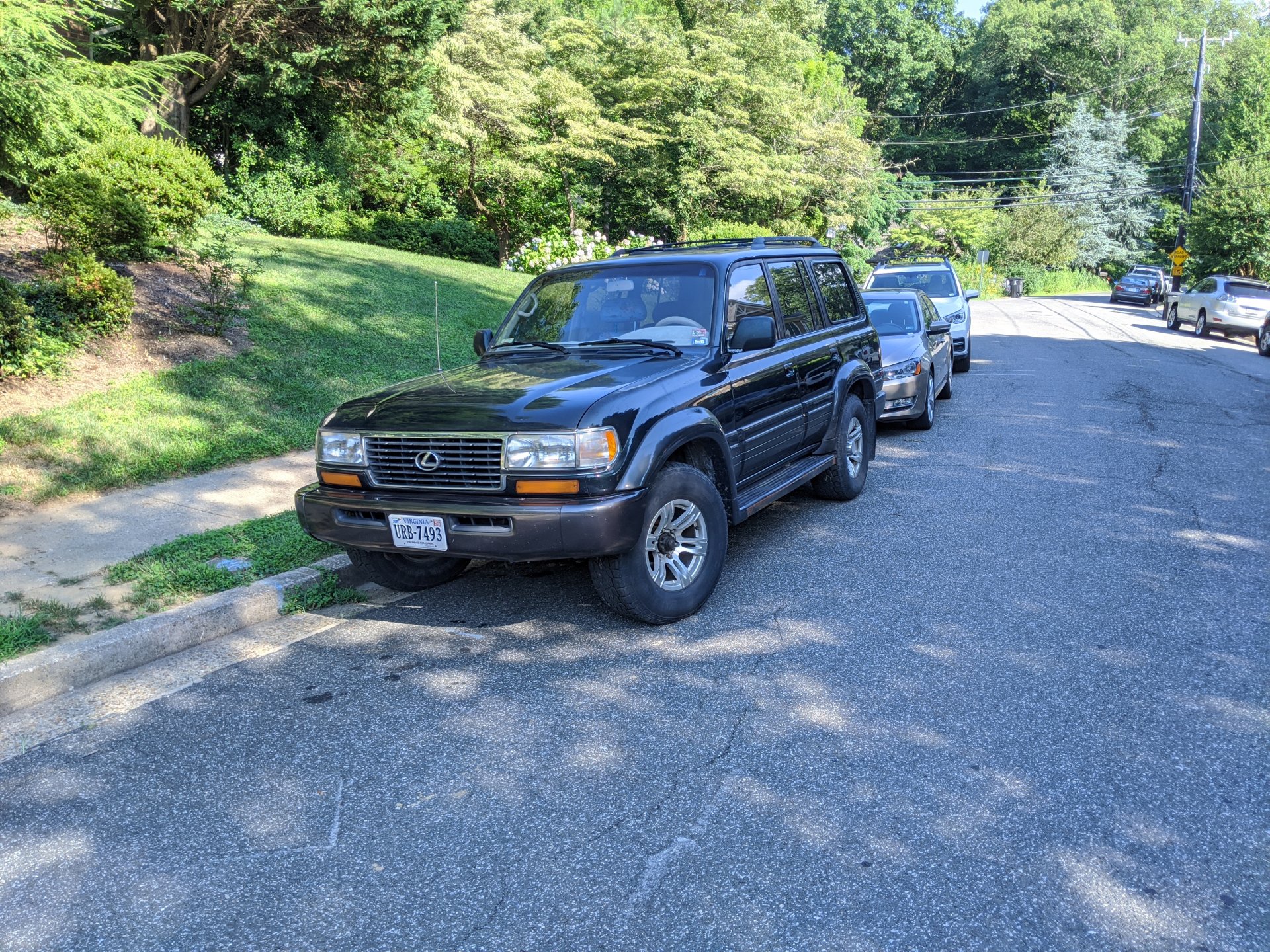 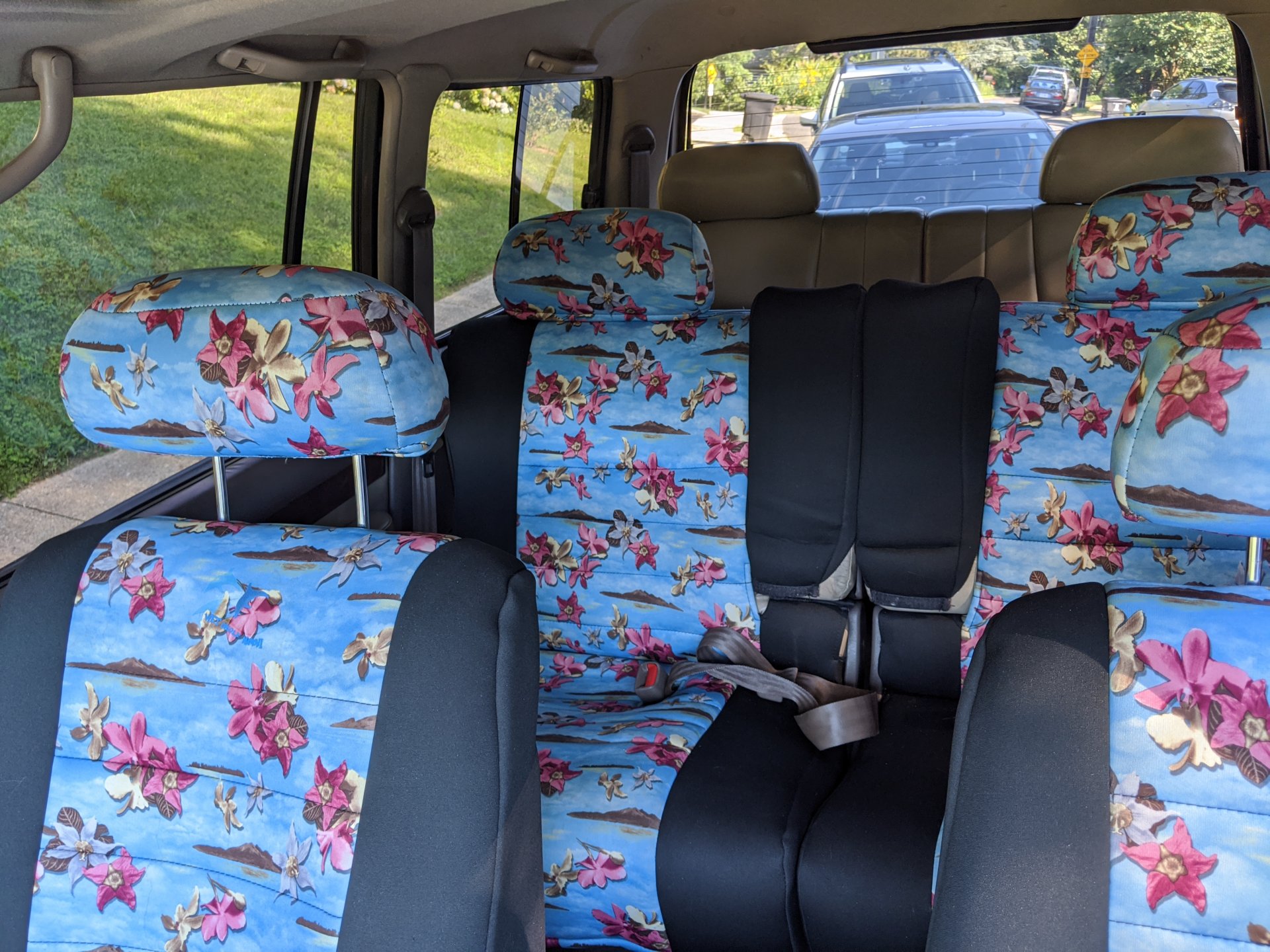 a few pics of the seats from before i put the covers on, and some pics i grabbed of the undercarriage. Short of putting on a lift or jacking up, not sure how to get much better images. 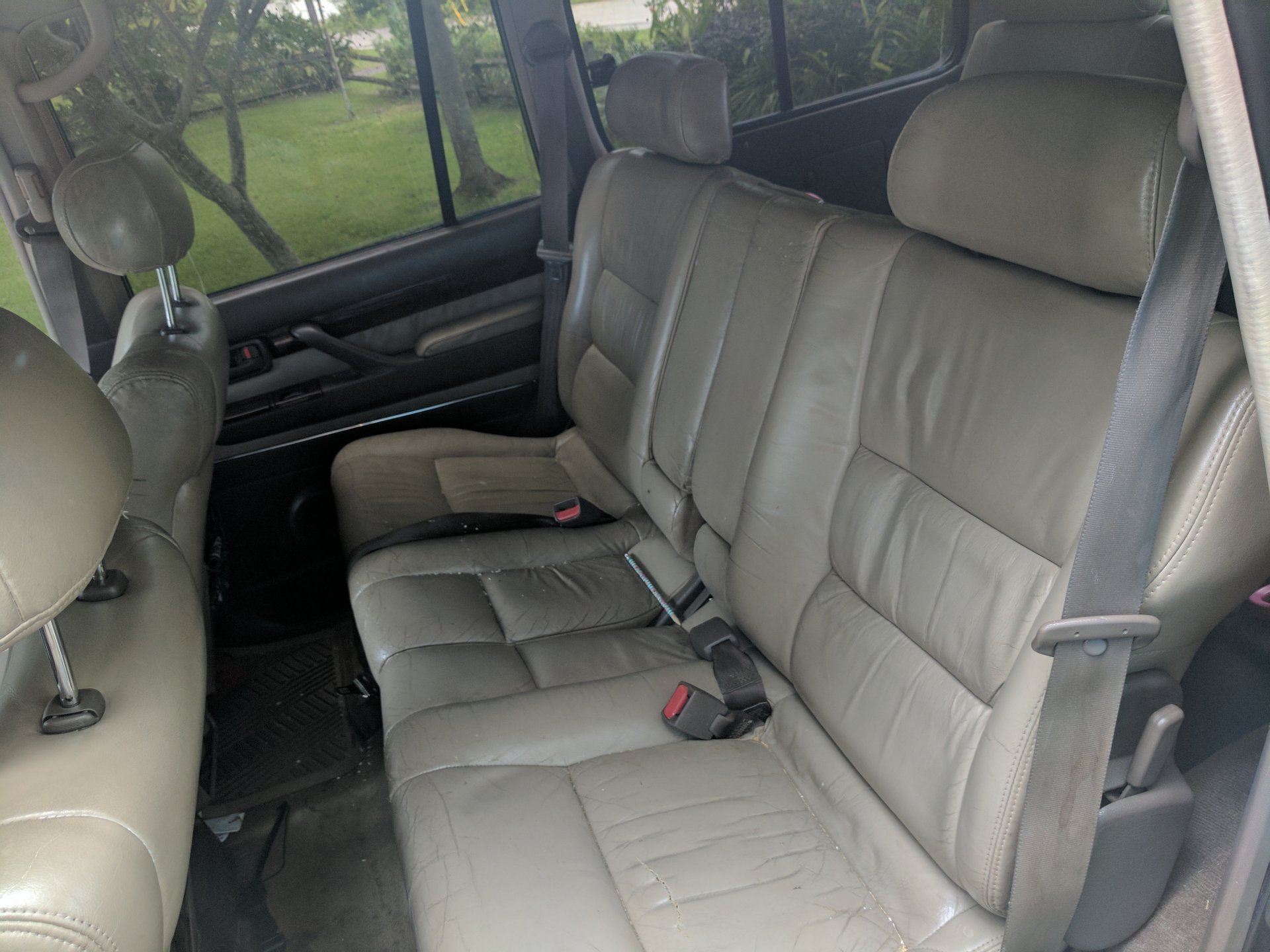 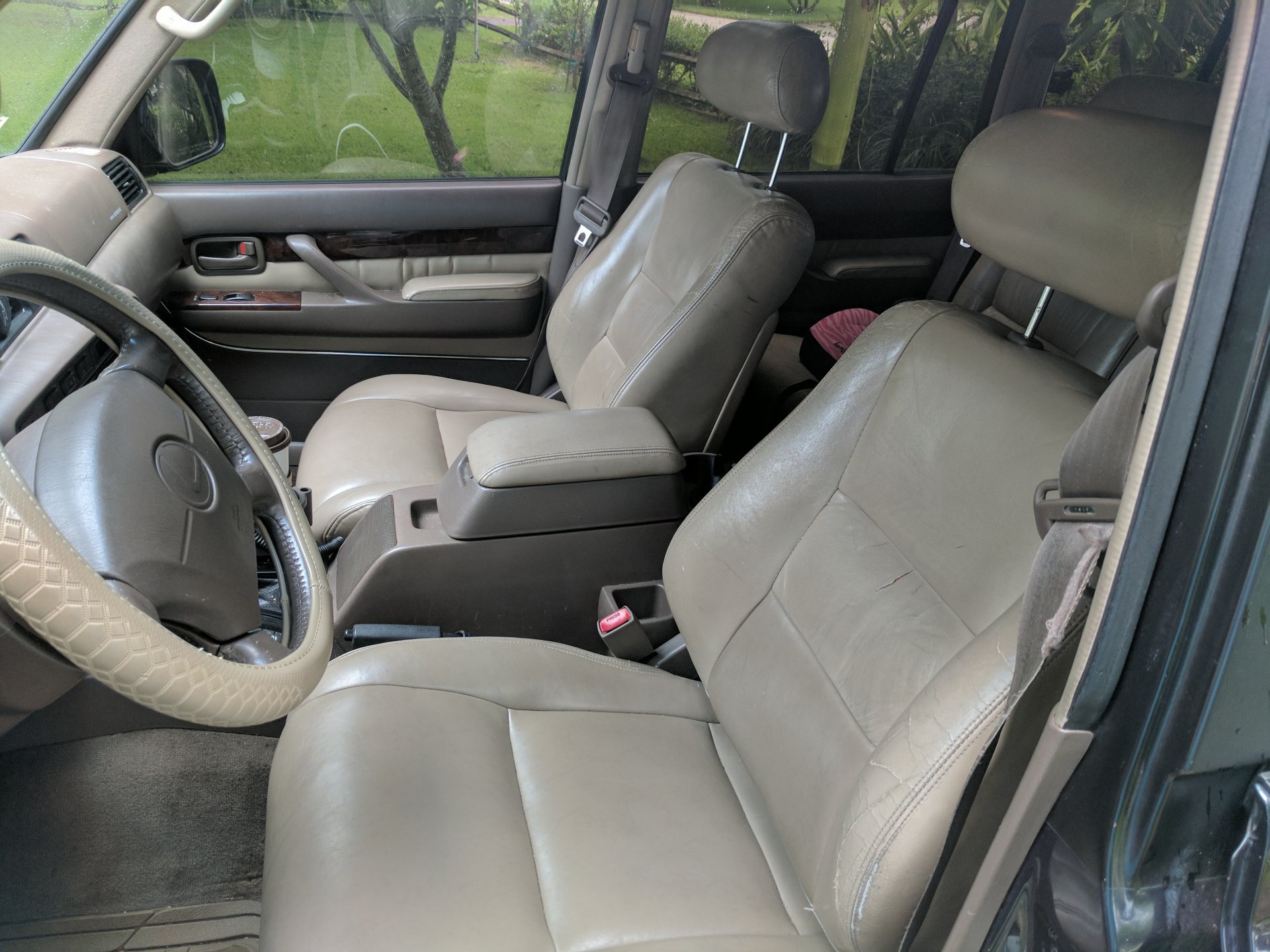 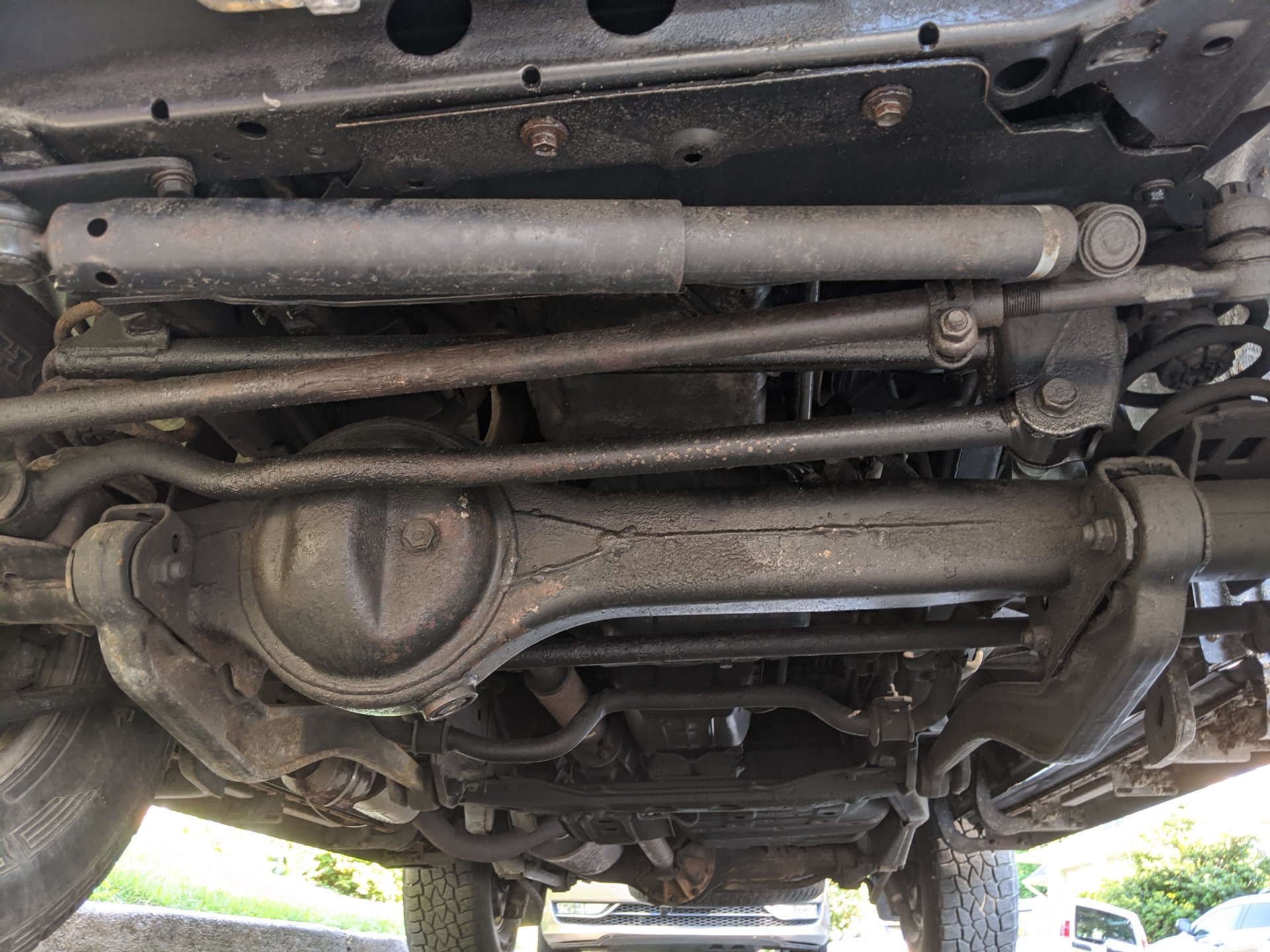 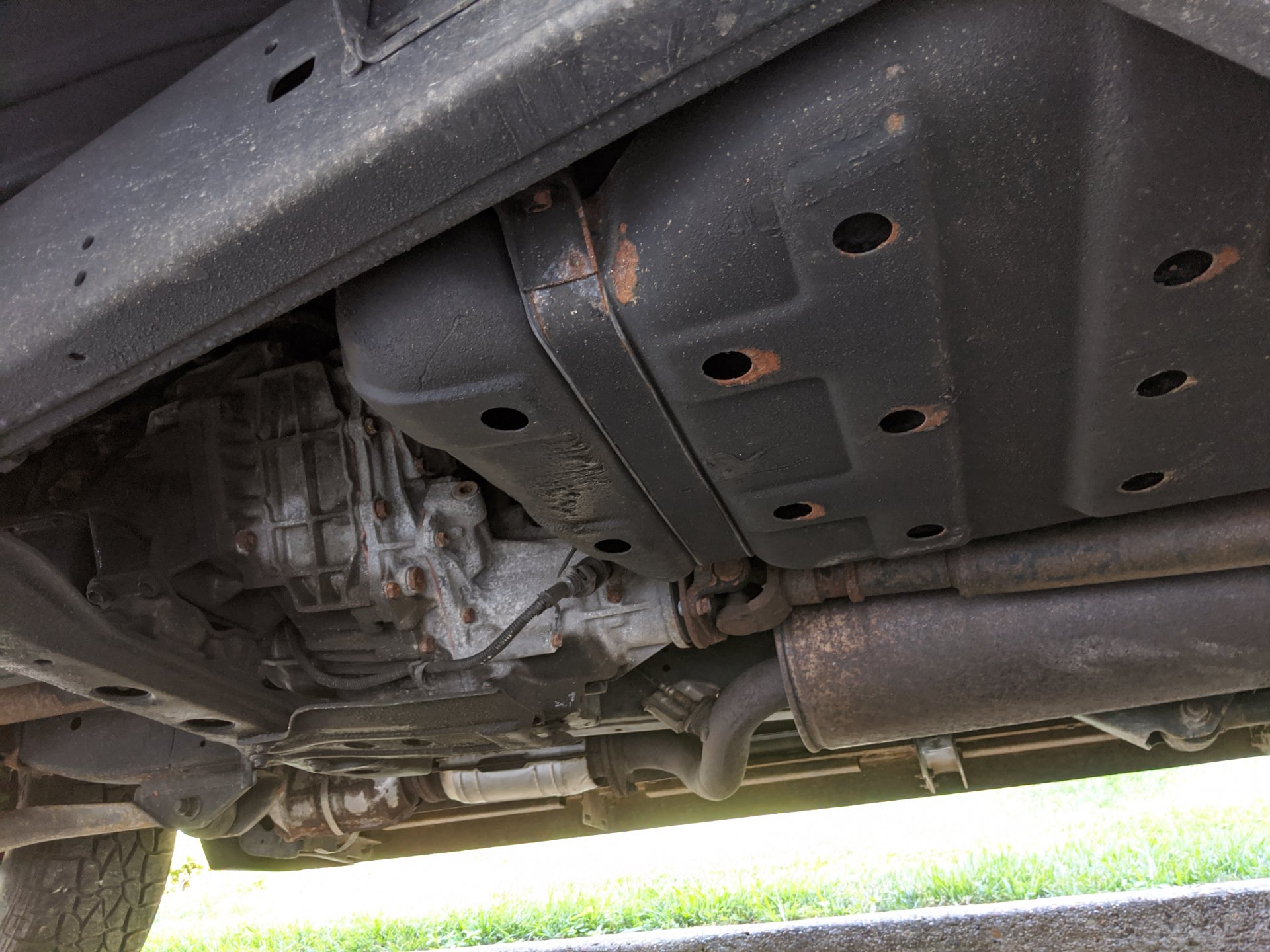 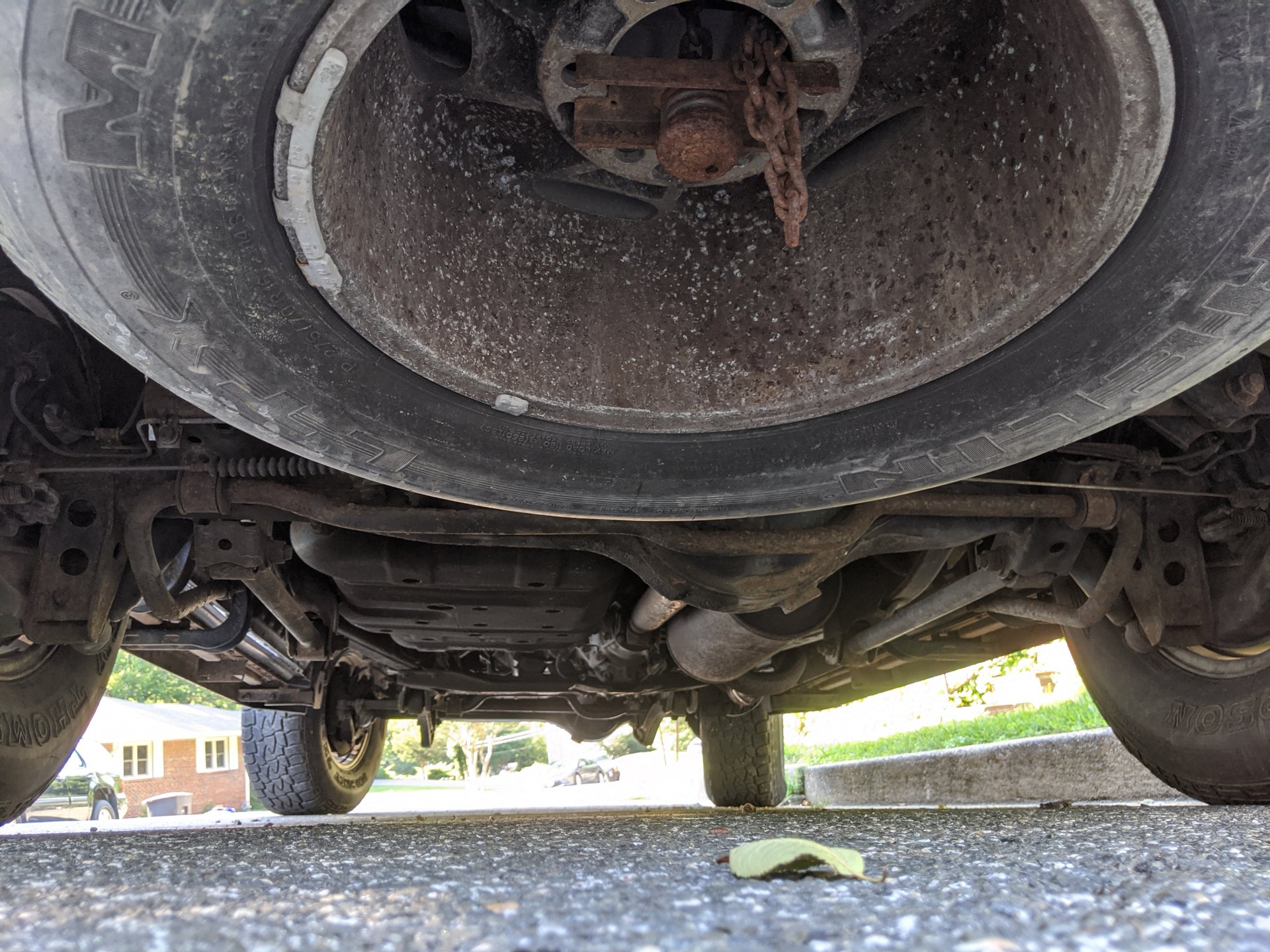 sold to a good new home

for those who reached out via PM, appreciate the interest
You must log in or register to reply here.

Wednesday at 9:36 AM
Joel Gladden