Hi all, well I finally got around to getting a floor jack and some jack stands so I could take off the driver side front wheel to access the dreaded 52-55 error code sensors. Even with that it is not easy to reach. 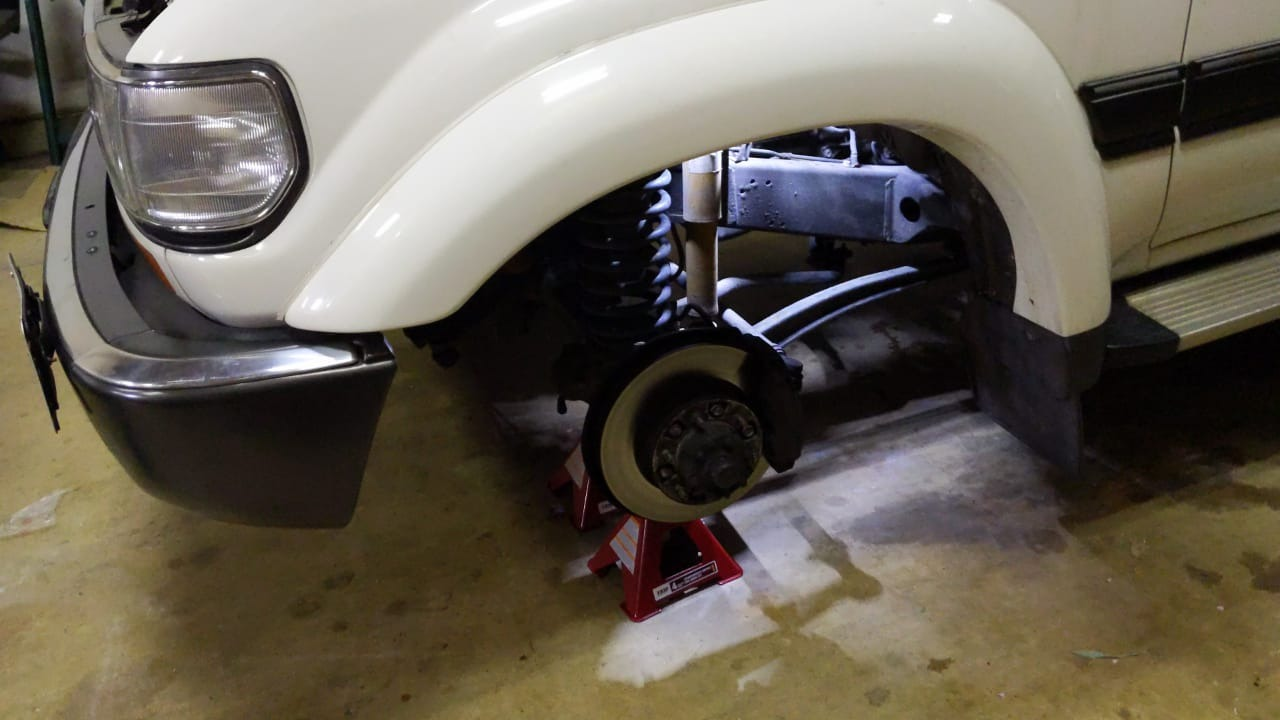 The connector on my truck looks to be in good shape and I don't want to force it or break the connector taking it off to replace the sensor, but I can't seem to figure out how to safely remove the connector. 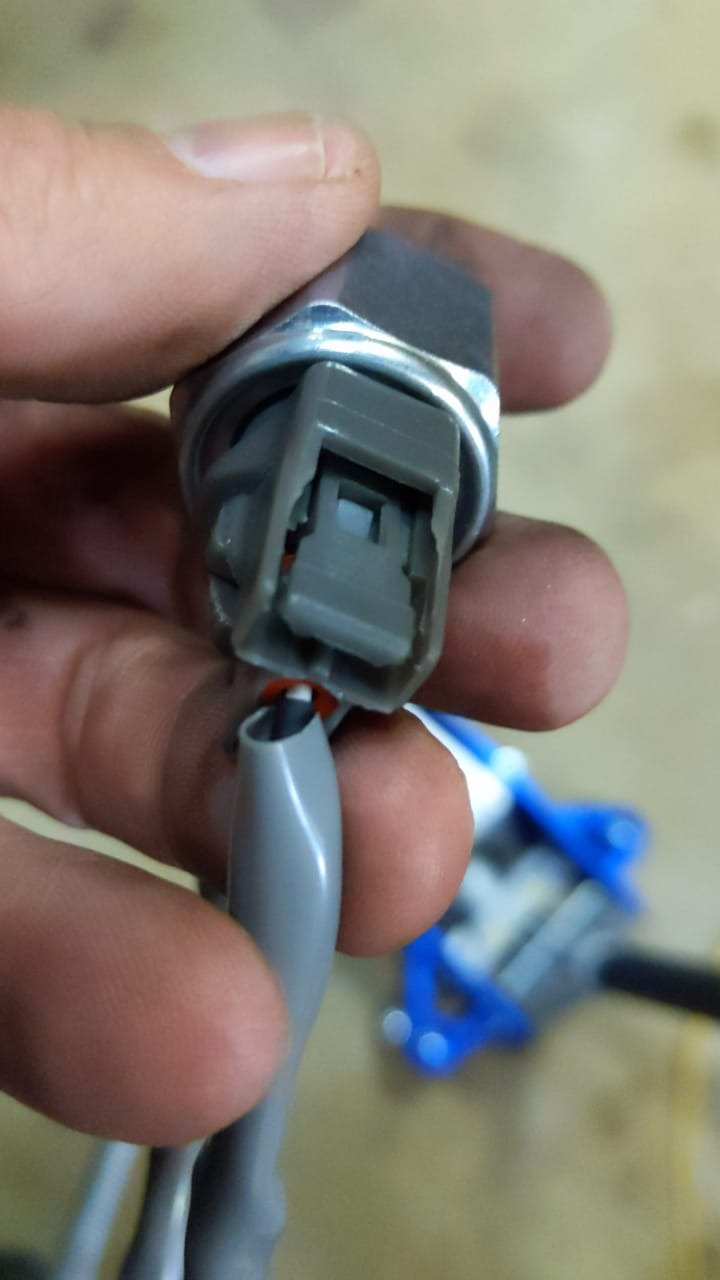 This is a new sensor plugged into a spare harness which I bought in case the connector on the truck's wiring harness got damaged. But how do remove it? I tried shoving a screwdriver of a couple of different sizes in the slot and nothing seemed to happen, and I can't seem to squeeze it hard enough to make it do anything. I'm sure it is obvious but can someone tell me how to remove the connector off the sensor safely?

Thank you Ajax! It worked like a charm. I had to use plier on the new one but I managed to remove the connector safely on the old one on the truck by squeezing and wiggling only by hand.

Then of course I discovered that my socket set only goes to 24mm, so it is off to the tool shop tomorrow.

Thanks again-you saved me from destroying the connector by sticking a screwdriver into it.

Edit: If anyone looks at this thread in the future, I understand you need a 27mm deep socket for removal of the sensor.
Last edited: Apr 20, 2021

I went out today and got a 27mm deep socket and after a little bit of fiddling (the more extension and universal joints you have, the better) got both old sensors out: 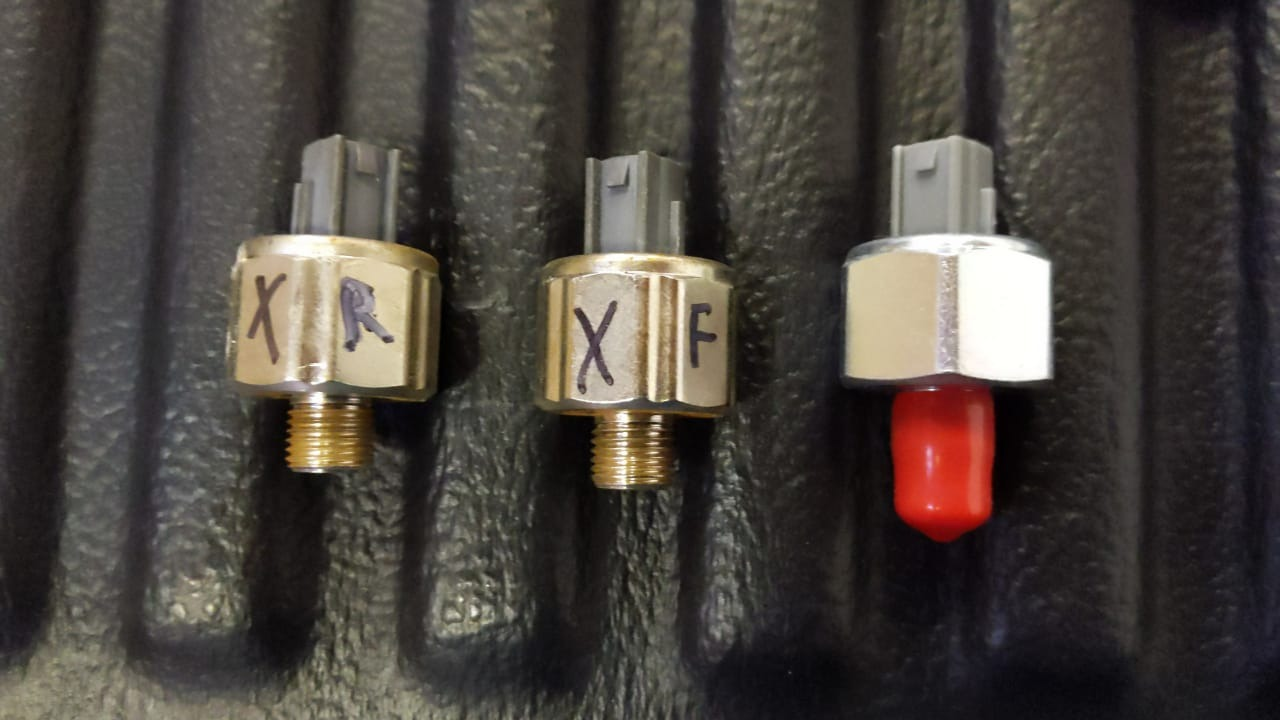 The were both newish looking which leads me to believe they were changed during the maintenance in Dubai before I shipped the truck over.--or maybe it was done by the PO--I did not drive the truck much in Dubai. Normally my guys use OEM parts. Anyways the front connector was obviously new and the rear connector is damaged--missing the locking part. I'm going to replace the rear connector tomorrow, but just to see the result I ran the truck in park for 10 minutes and no CEL if I raced the engine, which is what used to happen after about 5 minutes of running time. I suppose it could be load-triggered, but I'm choosing to be optimistic.

While I've been poking around under the hood I've seen some more trouble waiting to happen: 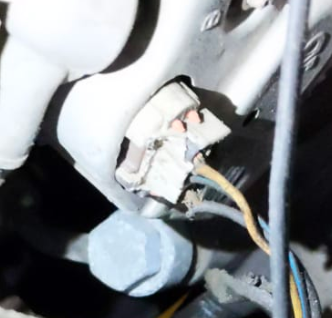 That's the back of the alternator and the connector wiring is just kind of blodged on there. That's gotta go.

That connector REALLY has to go: 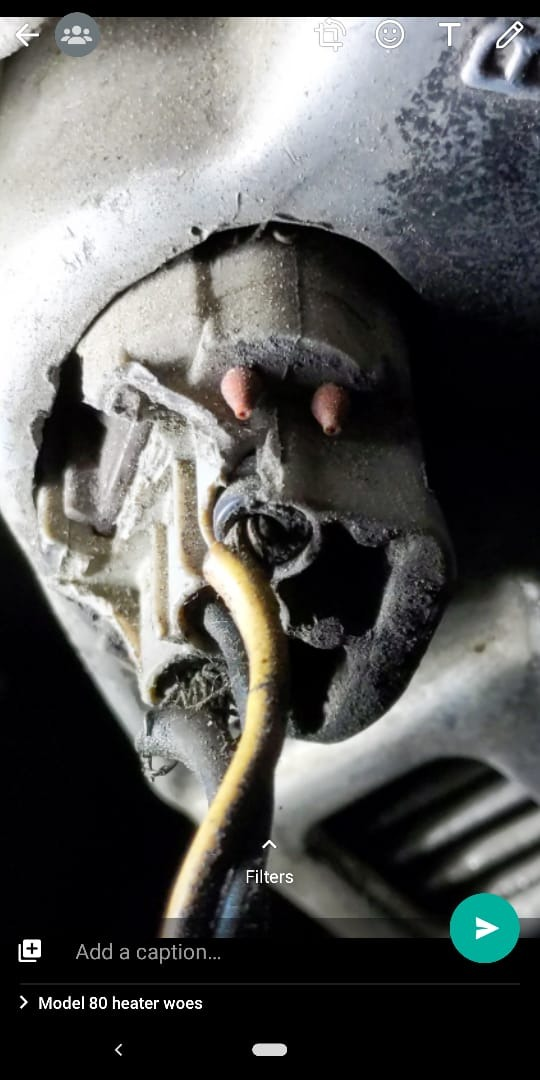 The best one I found was a Sumitomo plug kit: 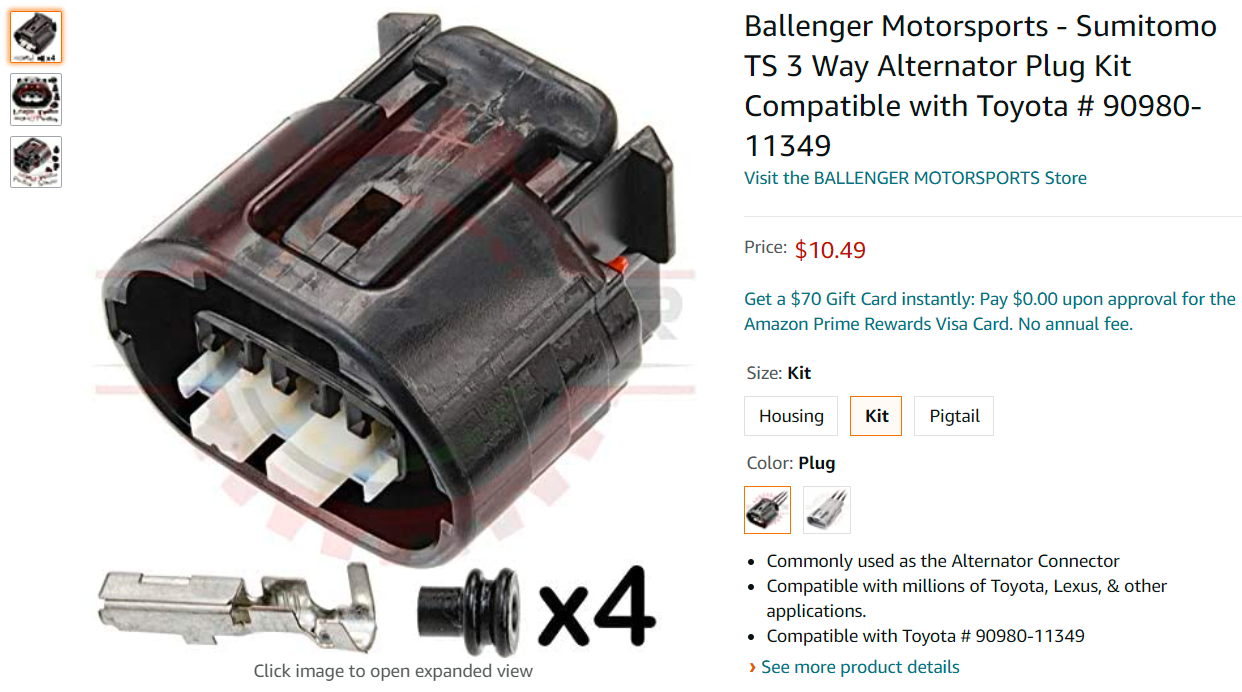 I was fiddling with the rear connector when it simply fell off, so it was time to fix that. This puzzled me for a little while: 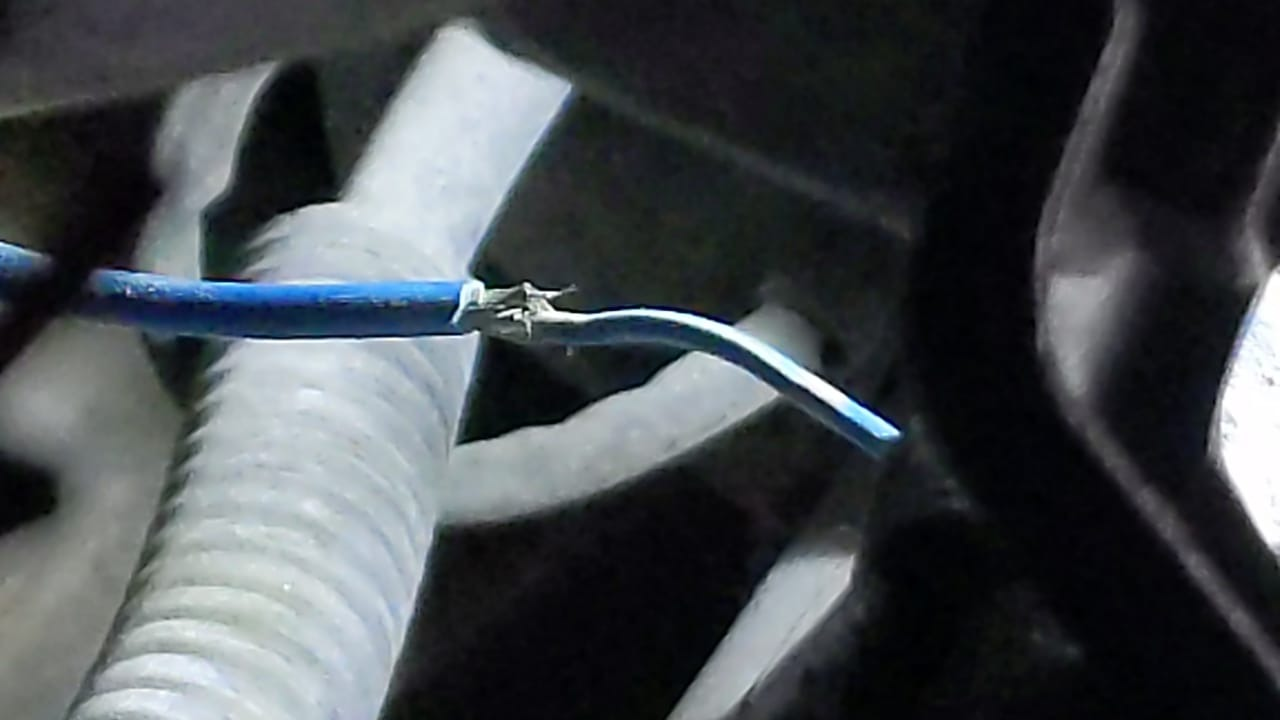 Until I realized it was shielding.

After a fair amount of effort I got a new connector on: 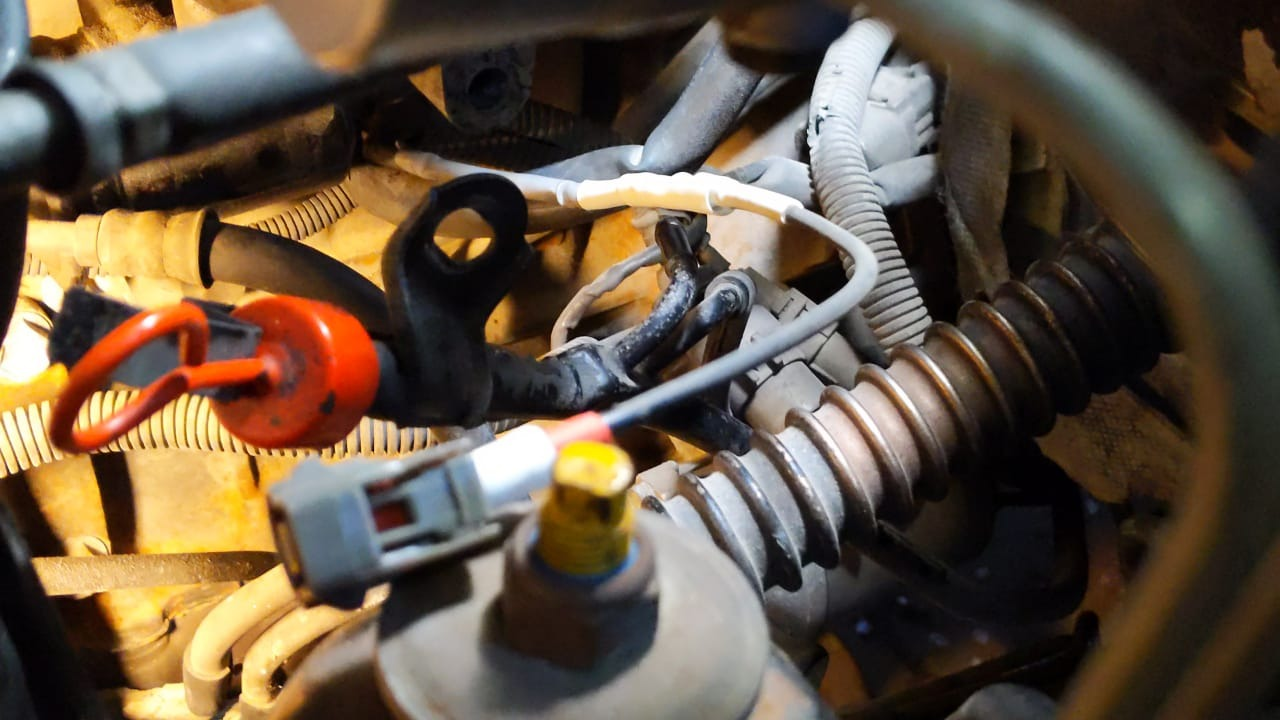 Unfortunately after all that I took the truck out for a test drive and the dreaded 52 55 CEL came back. It did seem to take just a little longer but that may be my imagination.

Did your 52 (knock sensor) code go away or is it still there?

Yes it did, but I don't think it really did. The 52 (and originally the 55) did not show up until the car was warm. So I suspect the 52 will show up again when I fix the temp sensor connection issue.
You must log in or register to reply here.

Knock sensor. Replace one or both?