Hey gang, its funny that prior to these hot temps there was not a lot to be found on here for the issue i was having leading up to what ultimately left me on the side of the road. I wanted to share my experience of the symptoms my 2007 Land Cruiser was showing and what I did to address it and what ultimately cost me a day of fishing for being on the side of the road.

About a month prior, I was experiencing a slight surging sensation at between 2100 RPM and 3000 RPM. Sometimes in lower gears but mostly noticed on the highway between 65 and 75 mph while gradually accelerating. The tachometer would dip every other second as if i was pumping the gas pedal or letting off every other second. It felt like it was loping or surging. At first I thought it might be the transmission however if it was the transmission slipping the tachometer would be rising not falling ever so slightly.

I had a big Colorado and New Mexico trip coming up so I began throwing money at solving the issue. It was hard to replicate for a tech. Now I know that heat was the key. We cleaned the throttle body, replaced plugs, coils, fuel filter, and cleaned injectors. Still no change... so i saw somewhere that a bad battery could cause this. So I replaced the battery. Even dropped the pan in the transmission and changed the filter and replaced fluid just in case. No change.

Took it to an independent land cruiser and toyota shop and they drove it for a week and said it was fine and probably nothing. They did not advise changing sensors or fuel pump ("throwing money at it") until it threw a code. To this point there were no codes.

So the trip came and I loaded up and hit the road last Friday. I left Dallas at 7:00 AM and made it to Amarillo. Stopped for some Whataburger and went to get back on the road. Then it lost power and started sputtering and backfiring... lean. "come on baby give me a code..." she took a while to give a code but finally gave me P0171 and P0174 (bank one and two lean). I was rooting for a 300 code because i had a fresh batch of spare coils. But those were the only two. So we limped into a title max parking lot to do some research. Called a couple of shops that had looked at it and consulted the bowels of MUD for answers. Everyone was saying if those are the only two codes then its a MAF sensor. One guy told me i would get a voltage code if it was anything like a sensor or pump. So I called Street Toyota in Amarillo, confirmed they had a MAF sensor and called Uber. Got the part, put it in, and presto! Everything was good, right?

One note, i did disconnect the MAF sensor because I was told that it would put the truck in limp mode and default fuel settings if disconnected. The truck did immediately start but would not rev or run in gear.

Thinking ahead, I went to the nearest parts store, which happened to be an Advance Auto and asked for a 2007 Land Cruiser Fuel pump. The lady got it from the back along with a new strainer and I inspected the parts. I even asked, "are you sure this is the right one?" She pointed to the inventory screen and it read "2007 Land Cruiser." Paid the lady and hit the road.

52 miles outside of Amarillo is a blinking yellow light in a town of 352 called Channing, TX. The outside temp on the dash was showing 106 but we were flying right until we slowed down for that yellow blinking light and then we lost power and started sputtering and backfiring again. This time NO CODES. I knew it was the pump. Even though we had a full tank of gas (not that that is every really possible in these things) I thought that the heat finally got it.

We pushed the car off the road and popped the awning to set up shop to replace the pump. The fuel pump is accessible under the rear seats. You have to take both out. There are several really good youtube videos on this. It is actually really easy to get to if you have a 14mm and 10mm socket, screwdriver and small torx. I was really pleased on the low banana job that went pretty quick to produce the pump assembly. Upon pulling it out of the tank I knew there was a problem. The aftermarket pump looked totally different. It was longer and had a different wiring harness. Apparently the 2006 and 2007 pumps are different. Pics to follow.

For reference, a tow from Channing to Amarillo is $231. Don't let your AAA membership lapse. Liberty Mutual only covered $100 of my tow. Anyway, as we waited 4 hours in 106 degrees under the awning, I made some calls. The Toyota pump is $402 but there was only one in Dallas and everything else is on the east coast. Street Toyota said they could get it in 7 days or put an aftermarket one in tomorrow. They put a fuel pressure gauge on it and it was only putting out 32psi rather than 44psi, which is what it should be. So I did the calculus on plane tickets and rentals and all and decided to let them do it. We towed back to Amarillo and rented a truck from the airport. Pro Tip: Amarillo Airport Hertz is always over stocked on pick up trucks. We rented a full size 4x4 crew cab for $20/day. Ended up only missing a half day of fishing but saved the trip. The folks at Street Toyota were great and very accommodating. We were able to arrange payment and pick up after hours. She drove great last night back to Dallas. They also said that they are seeing a ton of fuel pumps going on in this heat. Until it went out I still could find little about the presenting symptoms. I hope this helps someone in the future. It is just my experience with it. Still love the truck although she missed some amazing off-road adventures. And as for the rental? We wore that thing out...
Last edited: Jul 23, 2019
M 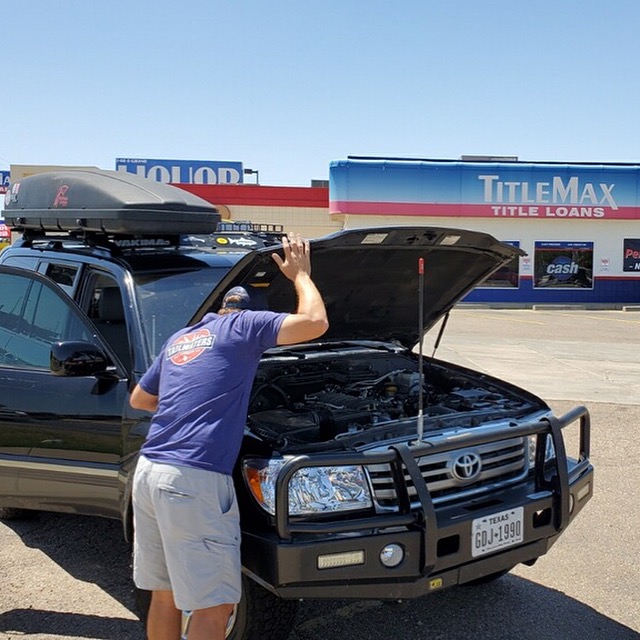 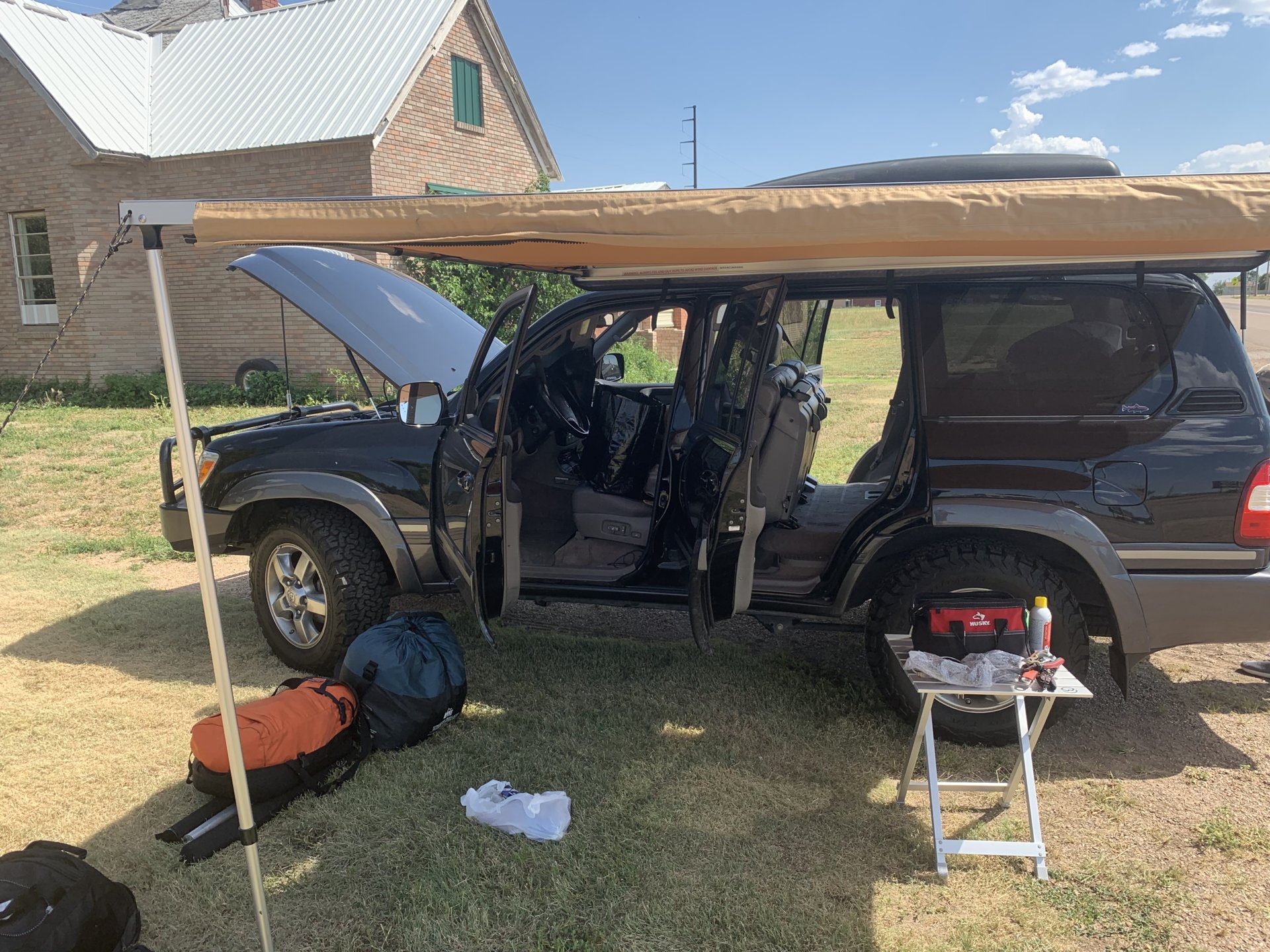 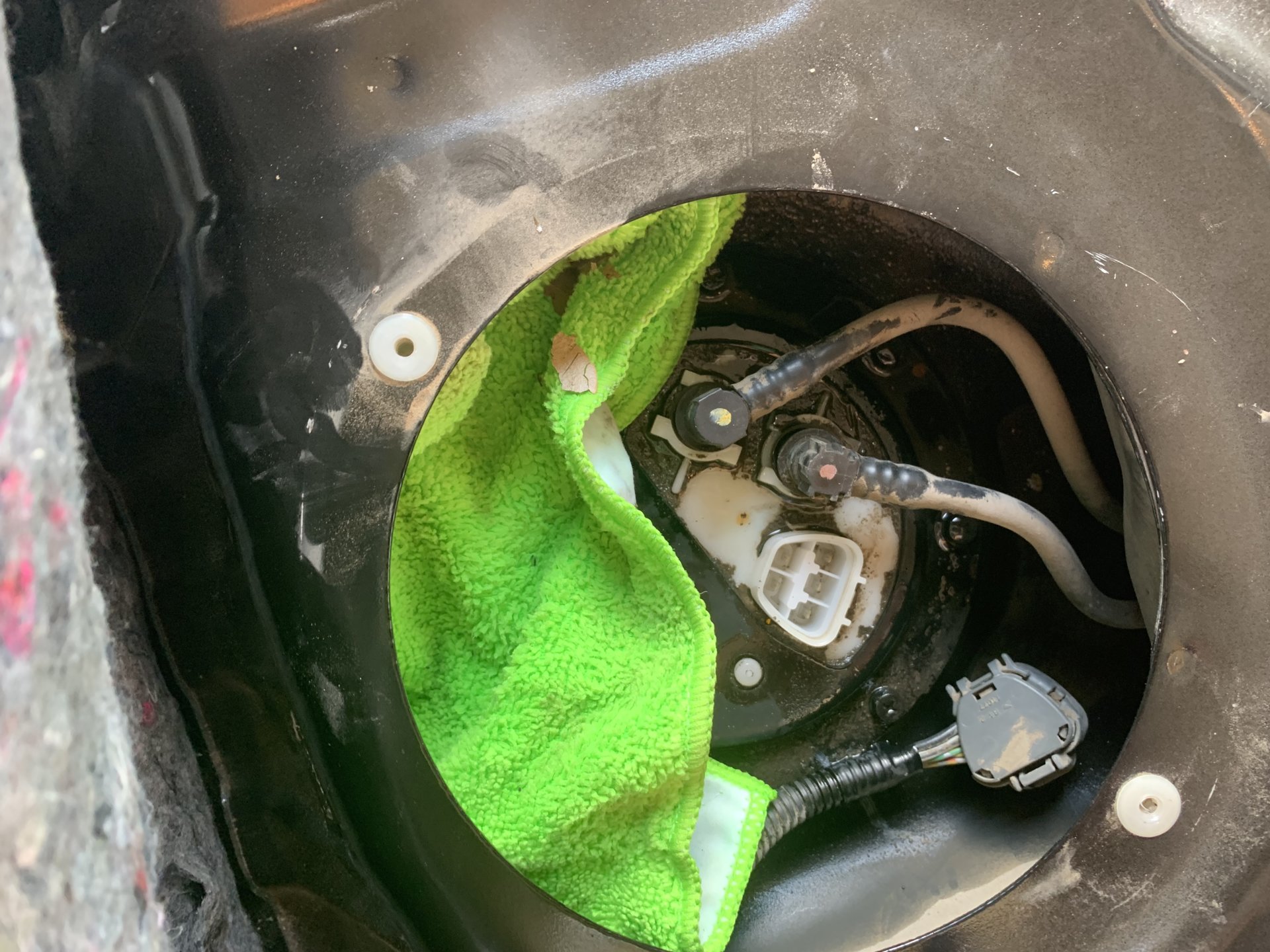 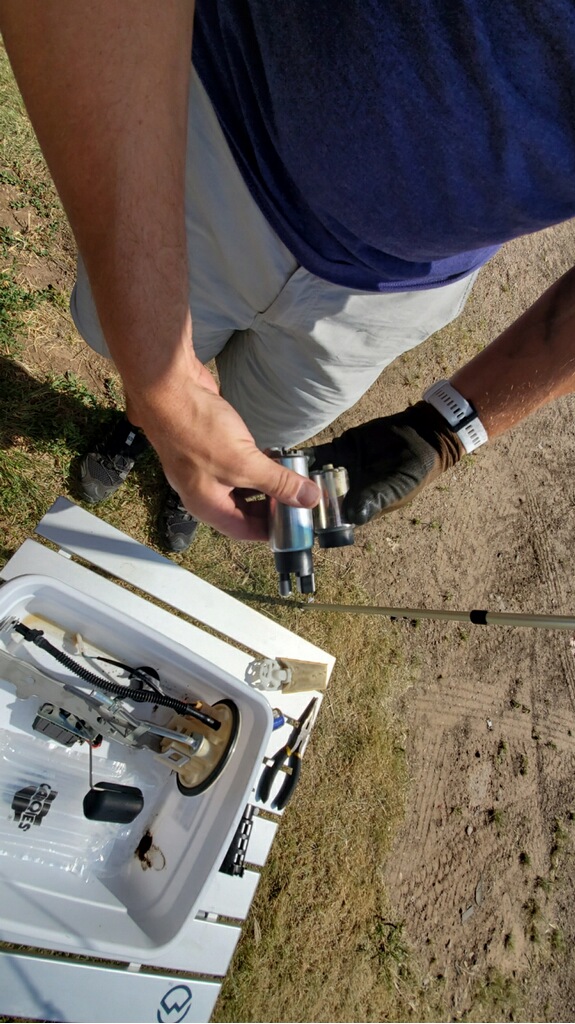 Thanks for the information. Glad it worked out How many miles on your truck?

Thanks for sharing @mallard75! Great reminder on the AAA as well. I had a problem with my BMW last year and I was only 50 miles short from AAA coverage. So, I ended up renewing at the highest level! Anyway, I was reading another post about similar issues you were having and I guess I never thought about fuel pump being replaced in our LC/LX's so soon. Wondering the cause or just plain old wear and tear issue and one of those things you have to replace at some point.

Didn't realize how easy it was to replace it too. You got me curious and did more digging around for future needs and in the spirit of knowledge sharing...here's what I found. I'm sure there's plenty of posts with these info but nevertheless...

I also saw a Denso replacement kit with new rubber hose, clamps, filter, etc. and its only about $120. Part #Denso 950-0107. A youtube video watch from ThePracticalMechanic does a good job replacing it with Denso kit and it seems to fit like OE except the rubber hose.

birch hill said:
Thanks for the information. Glad it worked out How many miles on your truck?
Click to expand...

Glad all is well now. I will be replacing mine very soon. Question: is the fuel pump on a 2007 Land Cruiser same as the fuel pump for a 2006 LX470. I’m trying to find the correct part number for my 06LX.
N

Thanks for the story and symptoms. I want to keep an extra fuel pump just in case. Does any body kniw the orm part number for a 20000 LC? Please let me know it. I do carry extra fuel pump in my car as well as in 4runner, but none in LC, which I take on long trips.

I ended replacing the fuel pump in my 2001 LC (178k miles) last night. Nothing wrong with the original pump but I had a new Denso pump (part #950-0107) and gasket in hand when I was troubleshooting a rough idle issue couple weeks ago. I figured I would do this as PM since my wife drives it right now and we take long road trips and I always end up losing spare parts and don’t want to mess it with for another 170k miles.

I’m not mechanically savvy and I would say it was really easy and simple. It took me less than 1 hour replace.

Here’s a comparison to OE and new Denso fuel pump 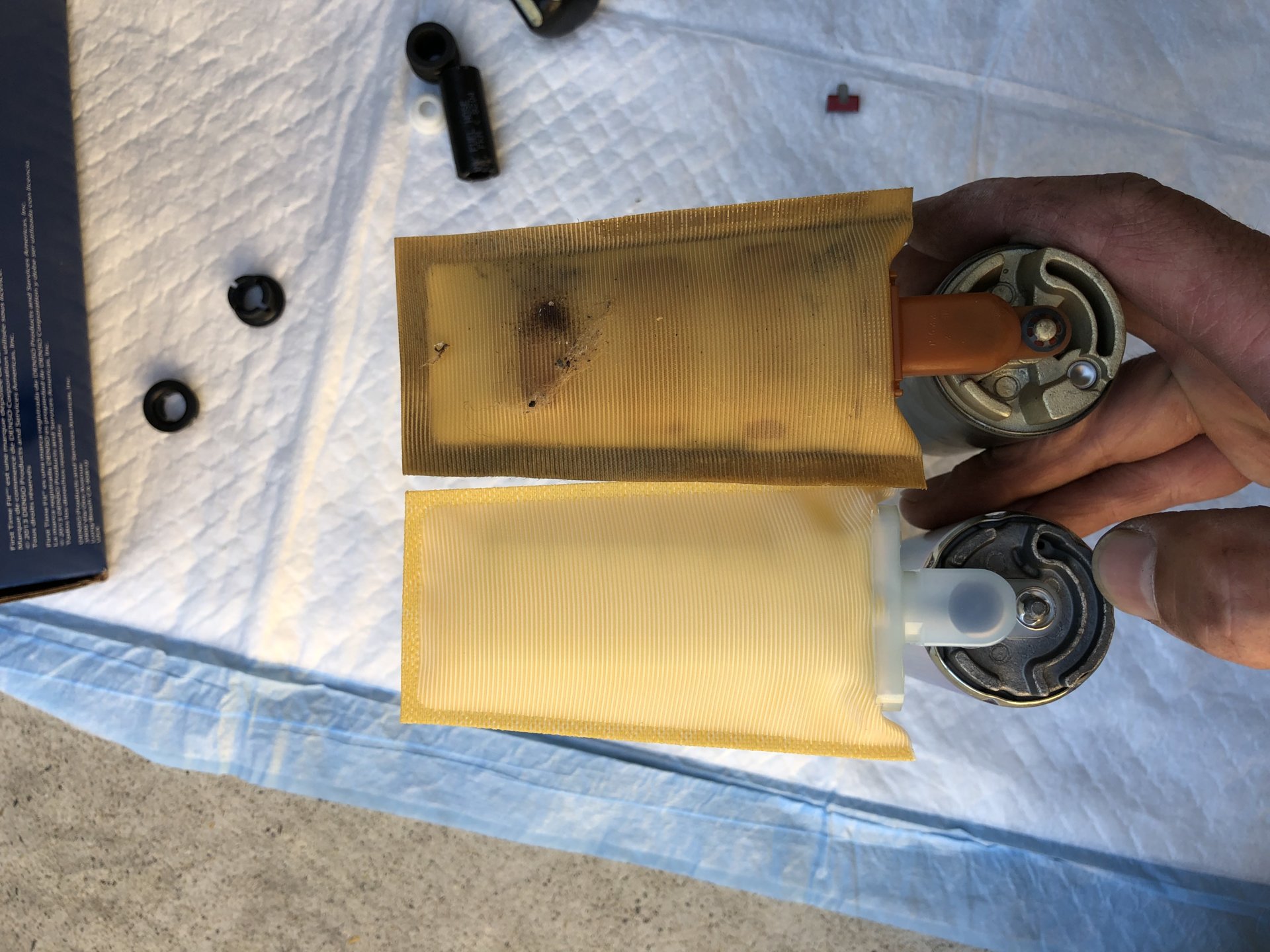 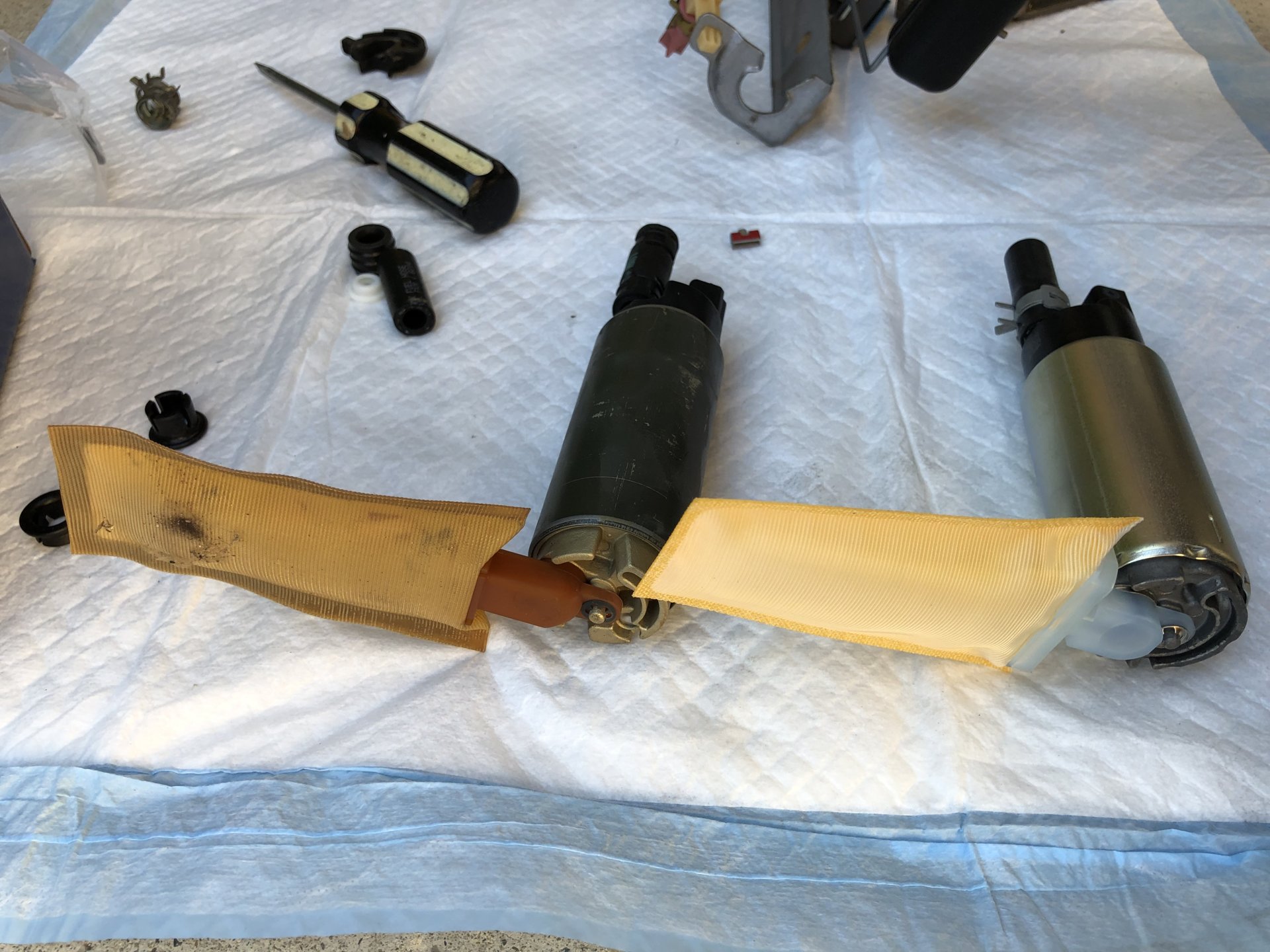 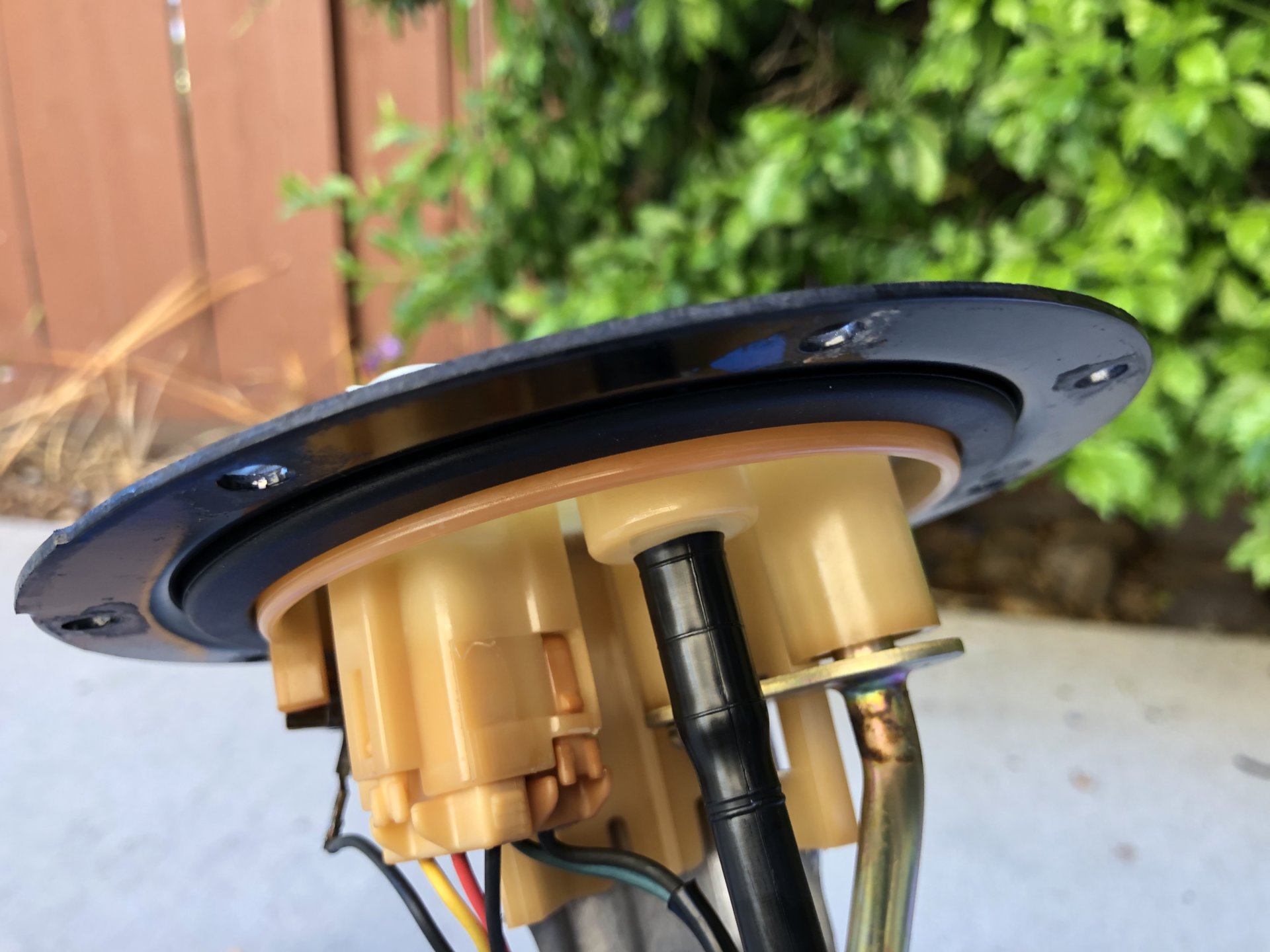 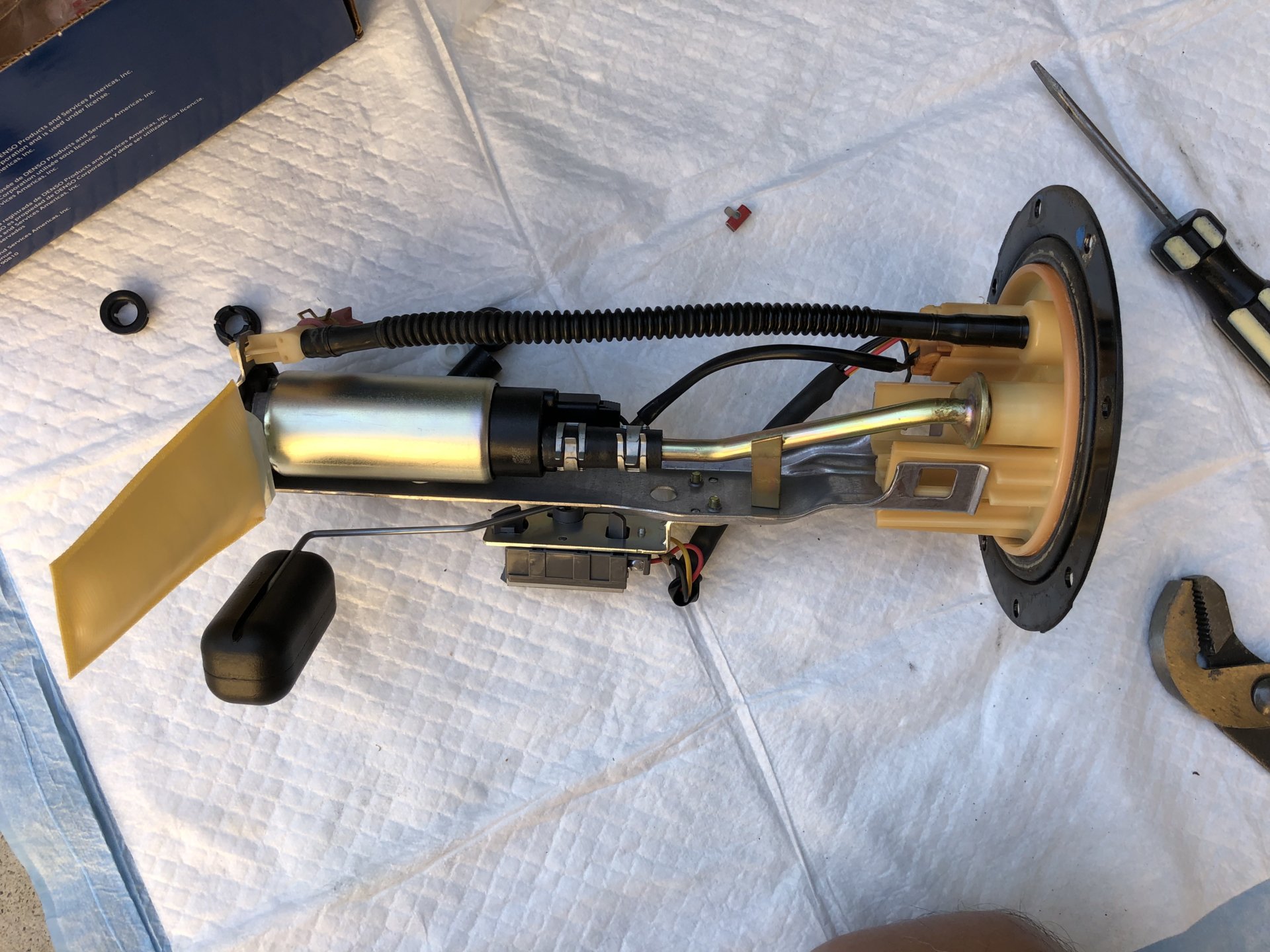 I guess some folks would say it’s waste of money/time to replace when it’s not broken but I say why not do some PM for piece of mind while I got the part, time, tools and not in a rush.

Anyway, just sharing some images and how simple it was to replace OE part with Denso Kit.
You must log in or register to reply here.

Gas tank building excessive pressure & fuel smell. Dangerous for sure! Why does this happen?
22 23 24