So I know there is a whole other tread on this, but I wanted to write down my concise experience with my install. I had new seat covers from Land Cruiser Heaven installed this summer and while they installed them I had the upholstery shop install seat heats, but not the wiring. The ones my seat guy installed were metra IBHS1 like so Initially, I poured over wiring diagrams, tore apart the install kit to figure out how it was wired and drew lots and lots of diagrams. Turns out it was easier than I thought. To start, here are the things you need

Yazaki 090II connector pins, I think I only used the male, but I bought both. I got mine from corsa. Female. Male.
Connector pick tool, I bought the Wits End no frills model. Connector Pin Tool-basic
Obviously, you will need seat heaters. I wont go into installing the pads...because I didn't do them.
Swtichs. You need
1 x Seat Heater Switch Left side 80 Series (84751-60020) Seat Heater Switch Left side 80 Series [84751-60020] - $79.99 : CruiserParts.net, Toyota Landcruiser Parts
1 x Seat Heater Switch Right side 80 Series (84751-60010) Search Results -> 84751-60010 : CruiserParts.net, Toyota Landcruiser Parts
These are for the vertical switches to install in the center console. You can do horizontal switches too, but I wanted vertical. I got mine from CruiserParts.net. Be advised that Craig probably hates me for bugging him so much on these, but it's not his fault. They ship from Japan and with the current pandemic things are moving really slowly. I ordered mine July 31st and got them Nov 2. He worked hard to get them to me as quickly as he could.
I bought the housing connectors but I didn't need them except when I jacked up one side trying to remove a pin.

Okay, for the switches, this is the easy part. 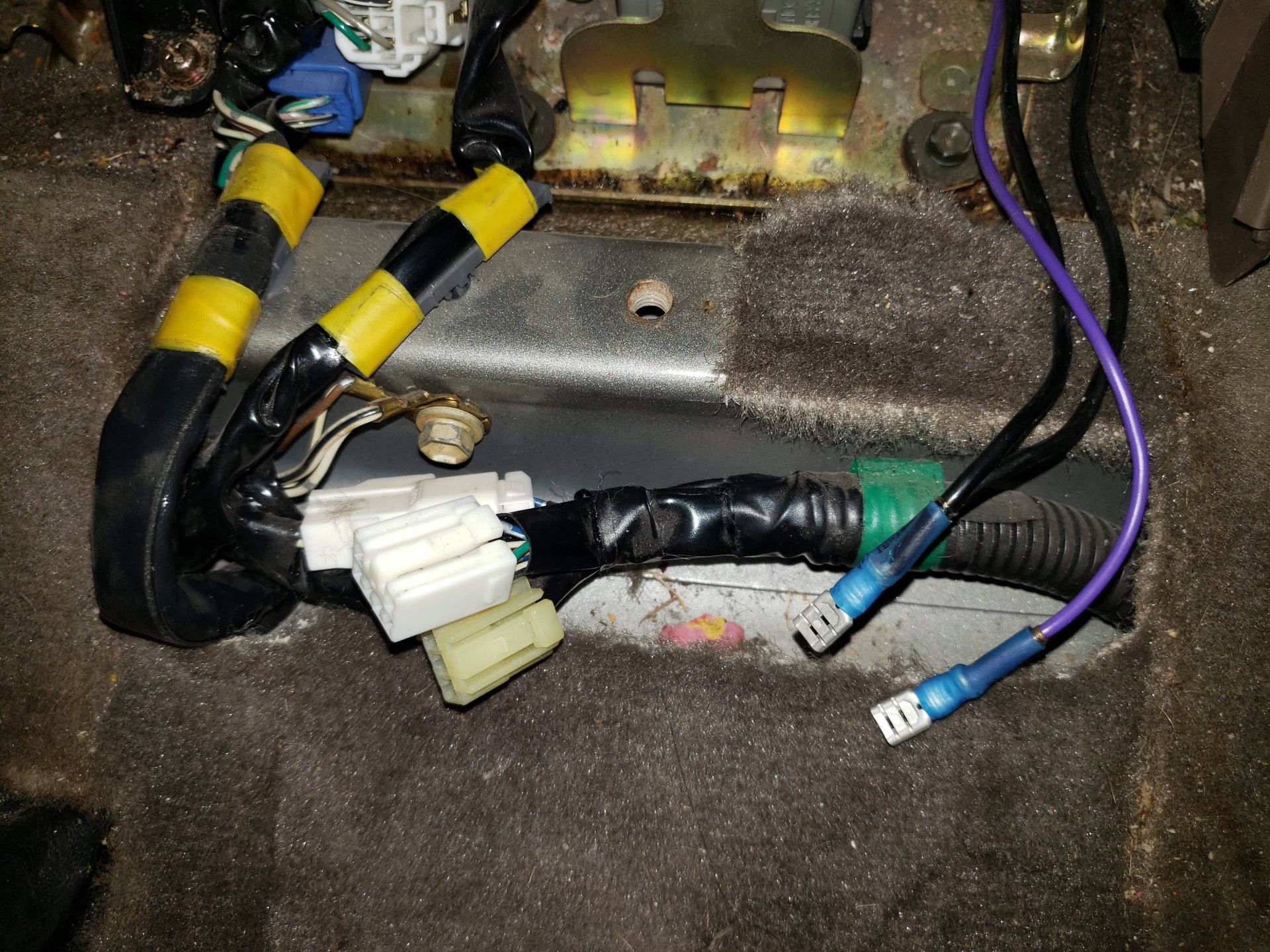 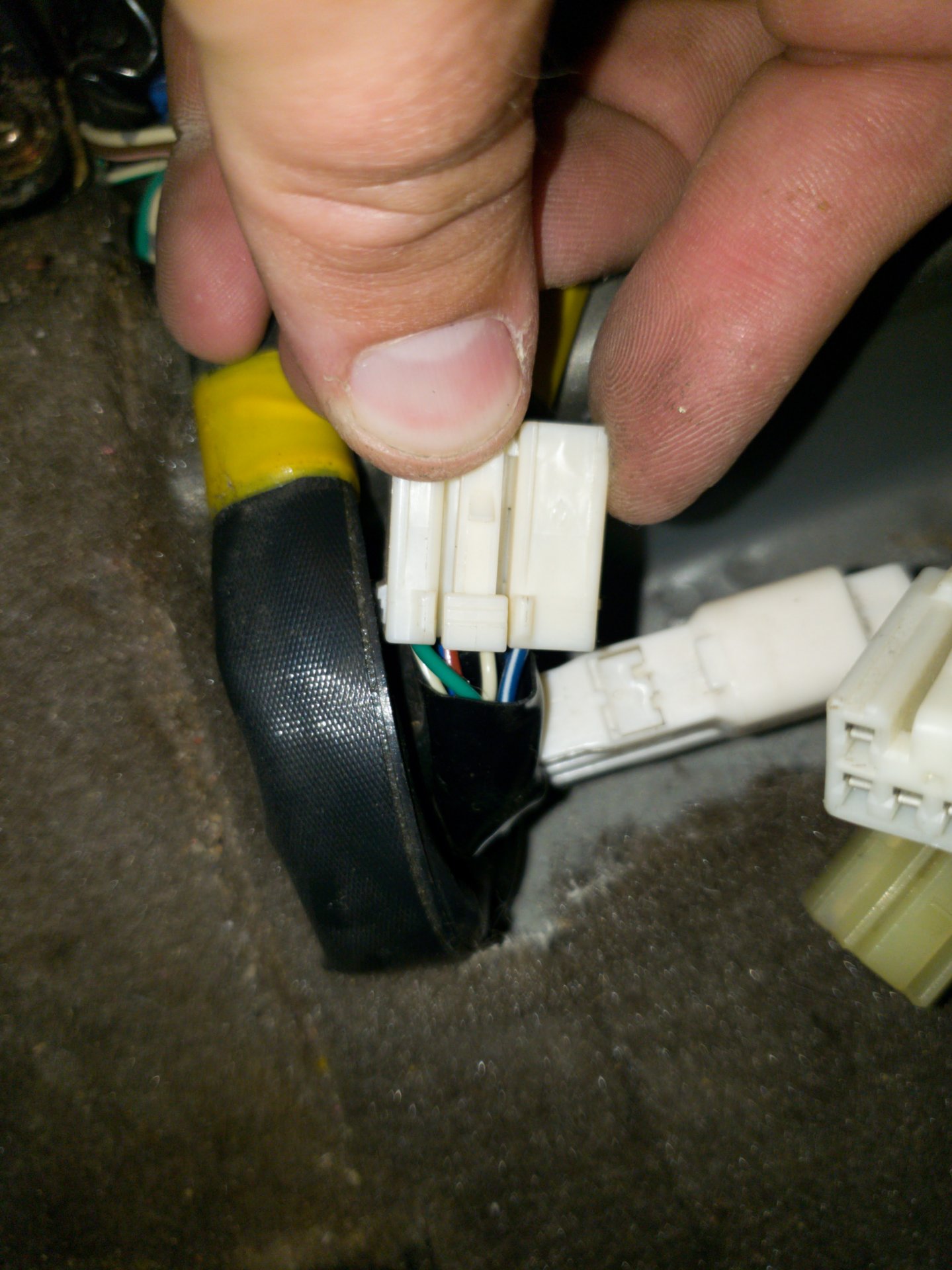 Under the panel for the shifter there is a wire loom with 3 unused connectors. NOTE: Not all 80 series have these, but it seems all fzj80 have them while LX450 may not.
2 of them, an 8 pin and a 6 pin, are for the seat heaters, the last one is a 3 pin and Im pretty sure was for the fridge we didn't get, I'd like to look into this to see how its fused and how much current it can handle...it may be my future inverter install. Anyway, if you have these, you are golden, the switches come with pigtails that connect into the loom and because they are different pins you literally can't screw this part up. 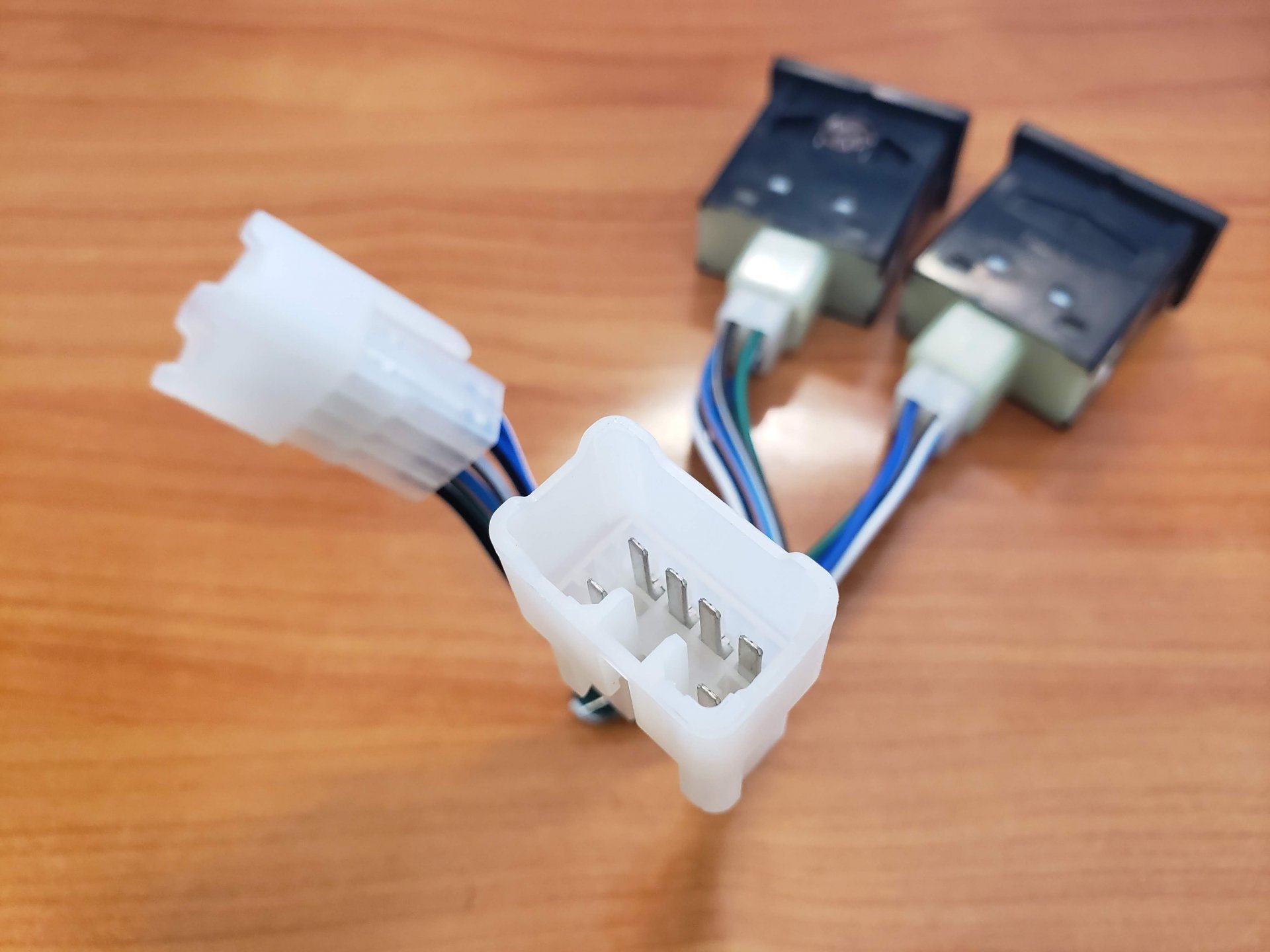 The trick, for me, was determining how to take the proper signal from the wires that come up to the seat and translate those to the aftermarket heaters. Im going to make your life easy right now. Coming from the after market pads are 2 sets of wires. Red and black each to 2 pin connectors. On the kit you will get you will notice that the wiring is a little funky, in that there are 3 wires, a red a black and 2 yellows that are joined such that a yellow goes to each connector and a red goes to one while a black goes to another. You will need to keep this part of the aftermarket loom and its connectors to simplify install. 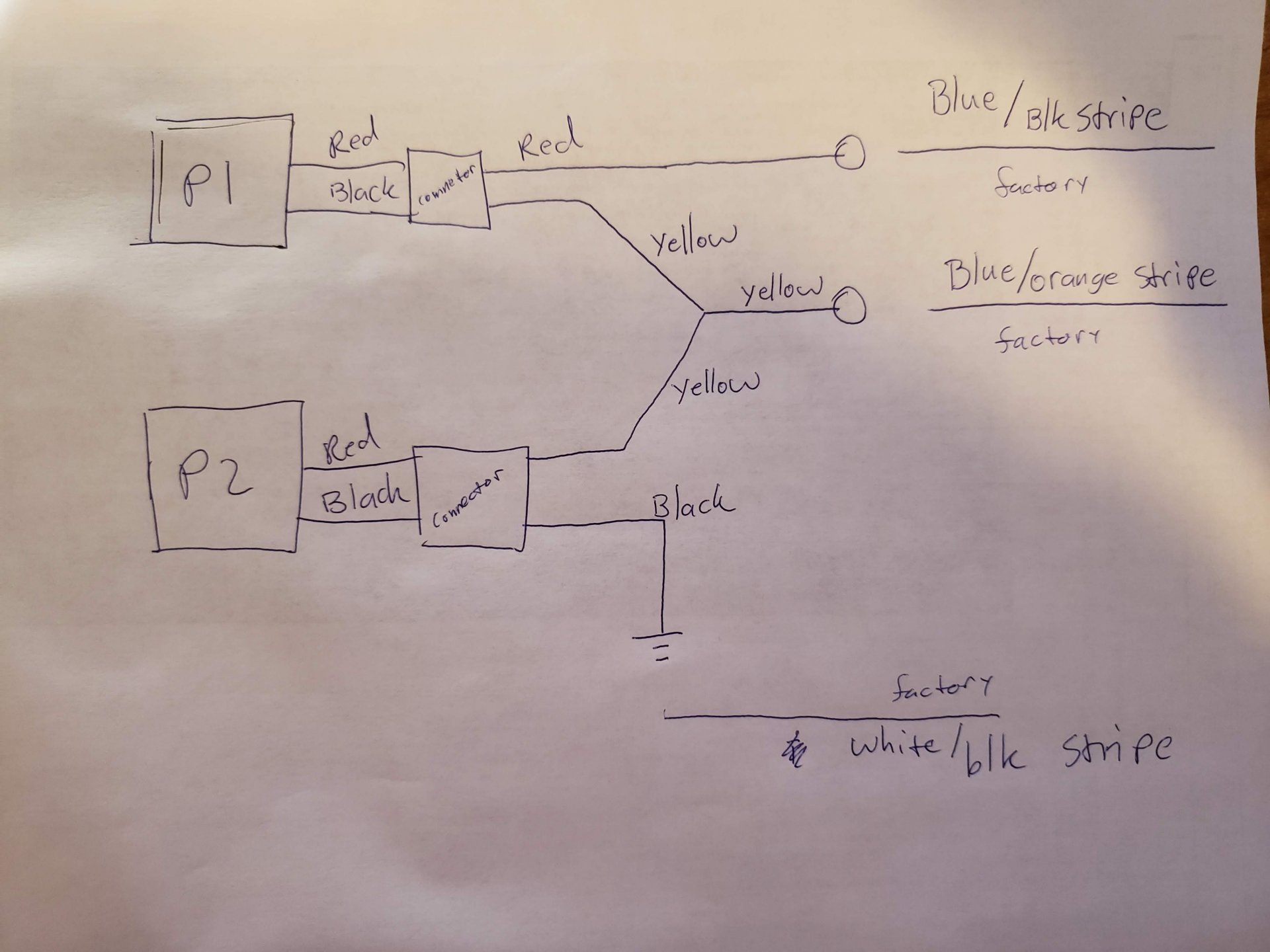 As you can see, P1 and P2 (Pad 1 and 2) have a red and a black each that comes to a connector, from there chop off a good length of the loom from the aftermarket loom including the connectors and the red/yellow/black wires, you will need at least 18 inches, more like 2 feet. When you connect that loom to the pads the wiring will go P1 red to red, P1 black to yellow, P2 red to yellow, P2 Black to free.

The wires you will connect red and yellow to are already under your seat in the 6 pins connectors. On the PS only 2 go from input to output on the connector - power for the seat and ground, the other 2 wires that are there on the in side but not on the out are blue with a black stripe and blue with an orange stripe. You will need to crimp the male Yazaki connector pins to the red and yellow wires from the seat heater kit loom and pin them into the connector where they would mate up with the pins coming in. Red goes to blue/blk, yellow goes to Blue/Orange. On the DS, there is a third wire (green) that I think powers the lumbar, but the rest is the same. The black wire needs to find ground, so you can either terminate it wherever you want that you think is a good chassis ground, or do like I did and add an inline wiretap to the white wire with the black stripe, which is the common ground for the seats.

NOTE: I don't think it matters how you wire them in terms of which pad goes first, P1 or P2, the wiring should be the same either way. That's it.

I will note that It was helpful for me to buy a spare connector because I mangled one pretty good getting the pin out plus I crimped a spare wire to a spare pin to practice unpinning. It's a PITA if you ask me, or I was doing it wrong. You put the tool in UNDER the pin with the effect to move down a plastic strip that is spring-loaded to move up with the pin inserted. They are solid connectors when inserted but kinda difficult to get them out. The 8 pin is 90980-10798 and the 6 pin is 90980-10796. They won't be in stock but they can be ordered. they are, of course, stupid money.

In case you, like me, want to know how they work so you don't accidentally fry something or in the event your colors aren't my colors, here is how they work.

In high, power goes from 2 to 7 which is blue/orange. That goes to yellow which goes P1 black AND P2 red. In this situation, P1 red becomes a ground at the switch so power goes in to blue/orange then out in parallel to each pad which has its own ground path (P1 red and P2 black). This means both pads get 12v and get toasty.

In low, power goes from 2 to 5 which is blue/black. That goes to P1 red which goes out through P1 black to yellow and then from yellow to yellow and then into P2 red and then out P2 black so that the power is going into the pads in series so that each pad only gets 6 volts. In this mode, the blue/orange wire is open in the switch so that no power flows back into the switch.

This is exactly how the aftermarket kit works, only with a DPST relay and a simple dpst switch.

Here is an important note: The factory kit had thermostats built into the seat heaters which switch off the power when a set temp has been reached so you dont overheat, these do not and the switches are latching. They won't turn on without the ignition being on, but if you had the passenger one on and forgot about it, it could get pretty hot in the summer.

So, how do they work?

See next post, this one says I've uploaded too many files. 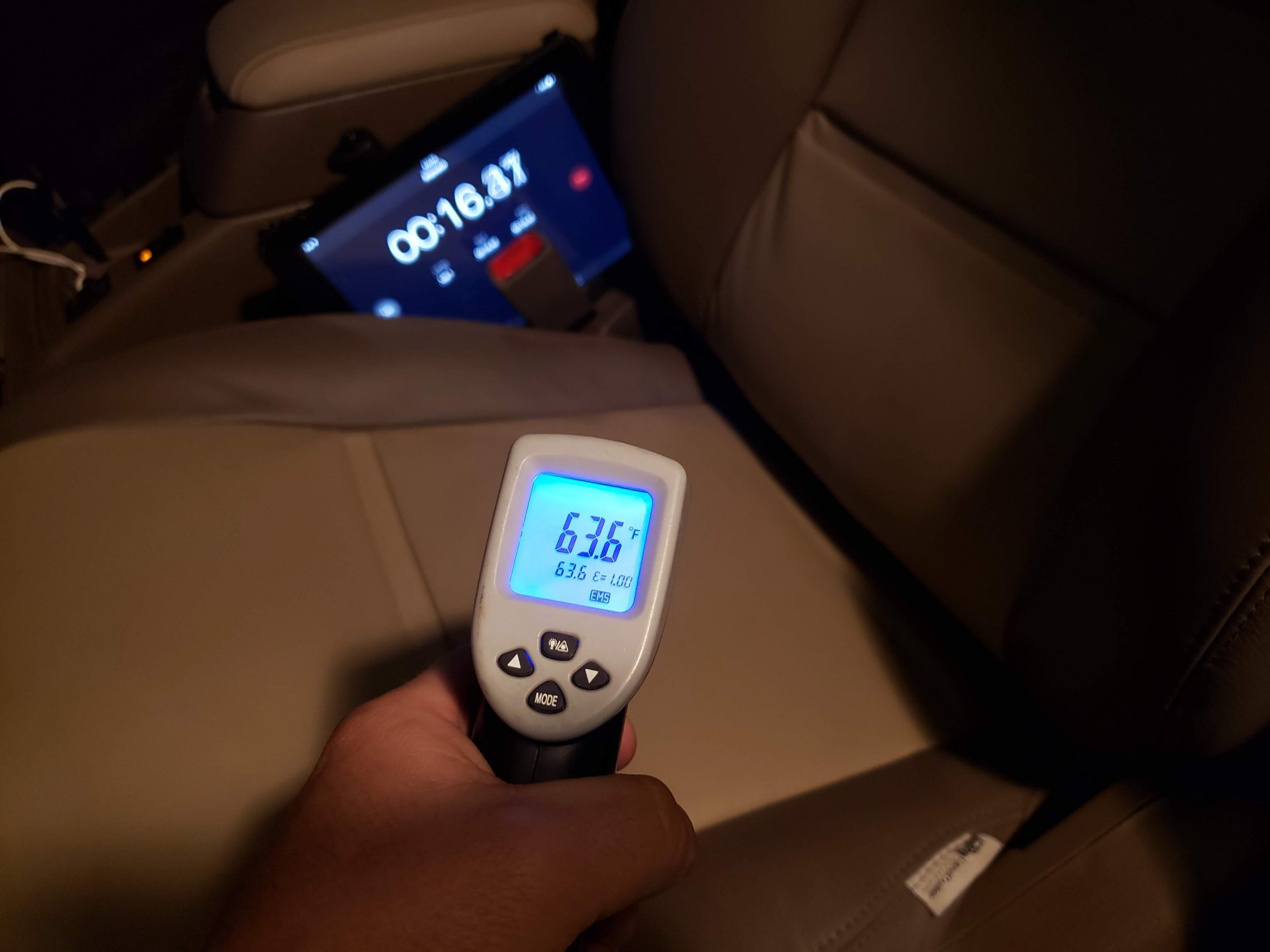 They start to feel PRETTY warm after 20 minutes if left on high and sitting in them. Low is a little underwhelming, but it's there. It's nice to go high then switch to low.

Let me know if you have any questions while this is still fresh on my mind.
K

Very nice! This is what I’m planning to do on my 80. Thanks for the hard work.
H

Can you post a picture of the switches installed on the center console? Thanks.

hogan646 said:
Can you post a picture of the switches installed on the center console? Thanks.
Click to expand... 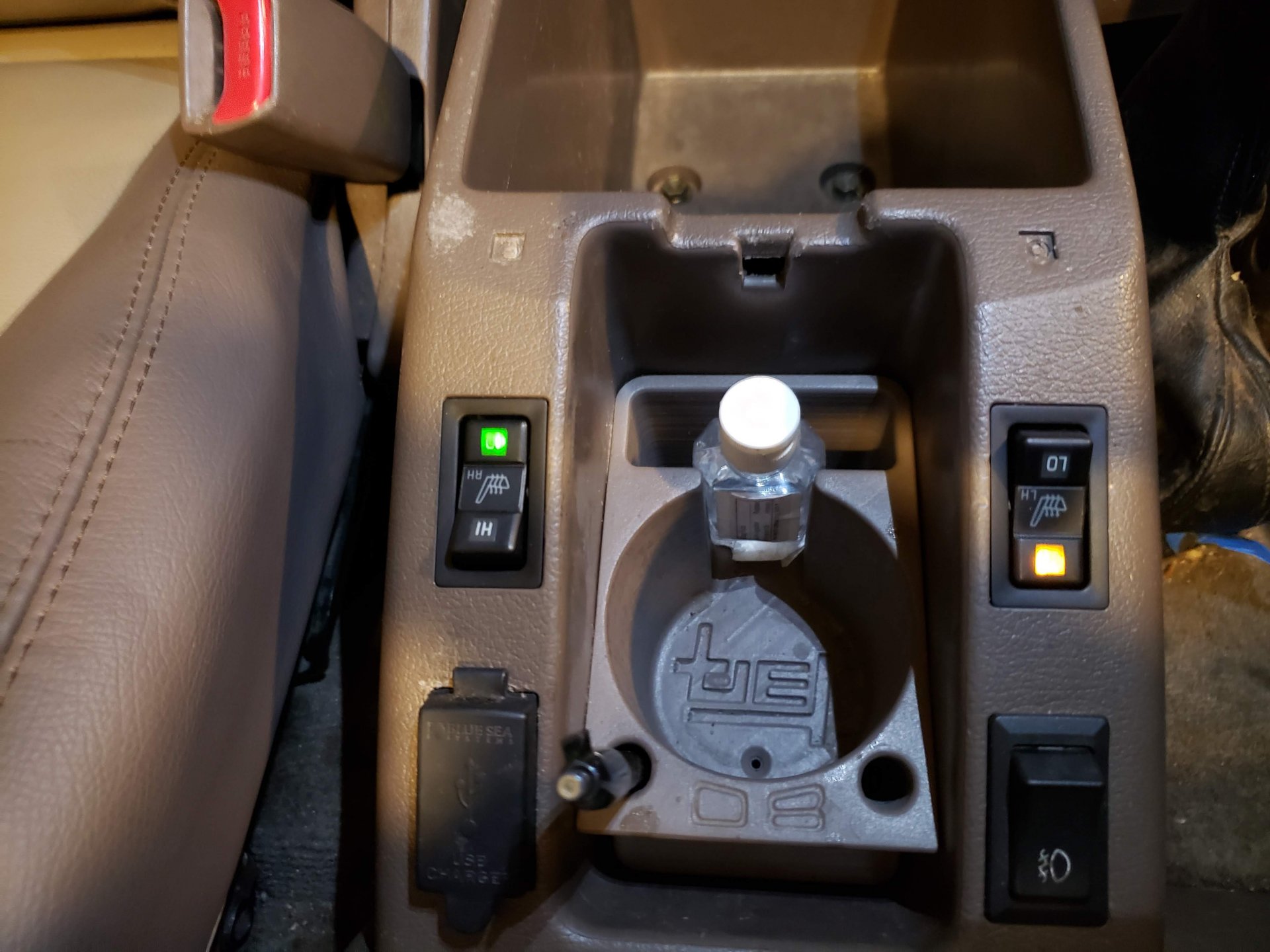 Thanks for the really detailed info!

Great write up! Assume you used the Yazaki connectors for 20-16 AWG wire?
Y

Man thanks for the updated perfect write up. This is on my list to do soon.

@hammerheadfistpunch, great work, but I’m such a noob with this electrical stuff... where is the blue/orange wire? Only one I see like that is coming from the factory looms under the center console where the switches go.

EDIT: Blue-orange coming out of the OEM seat heater switches matched up to a red-blue heading to the seat... as usual, multi-meters are your friend and I learned that lesson yet again. After popping in the key, flipping the seat heater switch to high, the red-blue was high, blue-black lo, and yep — white-black the ground. I’m ready for a warm backside in OEM switch style...
Last edited: Jan 17, 2021
You must log in or register to reply here.

97 died while merging onto the interstate

97 died while merging onto the interstate