I am selling the following from my 2010 Land Cruiser. The parts were new in May '18, and have about 6500 miles on them. They are in very good condition (with an embarrassingly small number of off road miles - almost zero). I believe everything is 100% functional as is and needs no reconditioning.
Full disclosure: Everything is in great shape and to my knowledge 100% functional, I just never loved the Fox shocks. I purchased the Fox shocks, because I was told by several shops that Fox is the highest quality you can buy (even higher than King). Perhaps it was my expectations. I had Icon in the past (on a Gen 5 4runner) and expected something different than what the Fox setup seemed to give me. It is also possible that I never had then setup quite right (at least to my liking). Accutune was willing to work with me and retune the shocks for free, so they would be "more like Icon". However they are in CA and I am in CO. I don't have the time or interest or knowledge to deal with back and forth. I decided to solve the problem by putting my trust in the most knowledgeable shop in my area (Slee Offroad). Had I lived in CA or AZ with knowledgeable shops that use Fox for Land Cruisers, I likely would have kept this setup. It was just easier for me to write a check, than work through my admittedly subjective issues.

The discoloration on the shock bodies is dirt and road grime, not corrosion. I spent some time wiping them down, but admittedly they could use more. 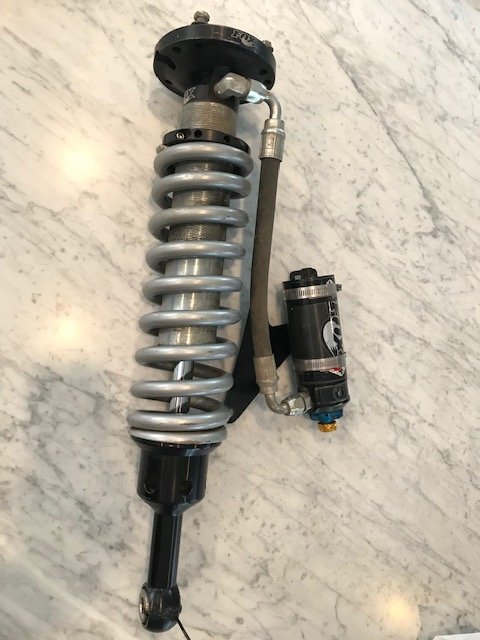 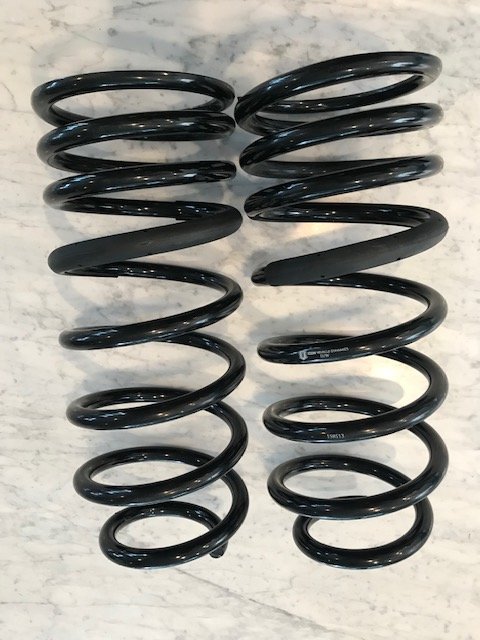 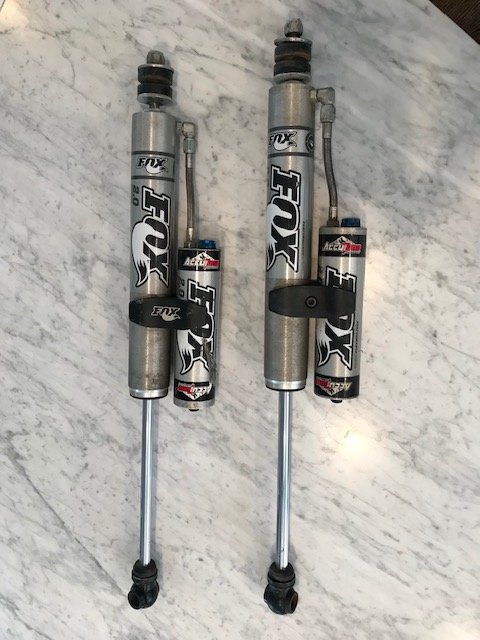 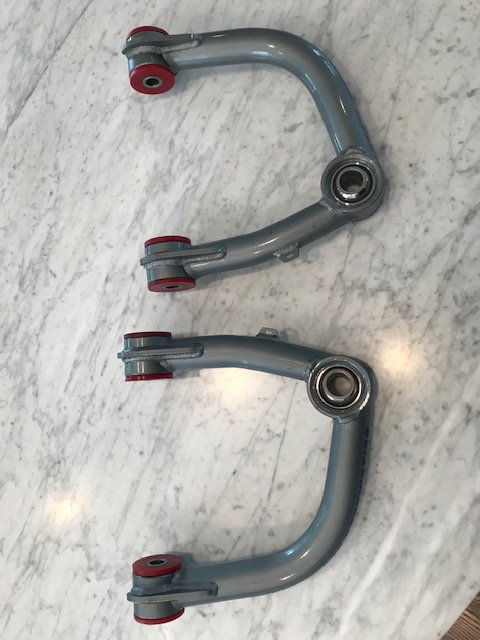 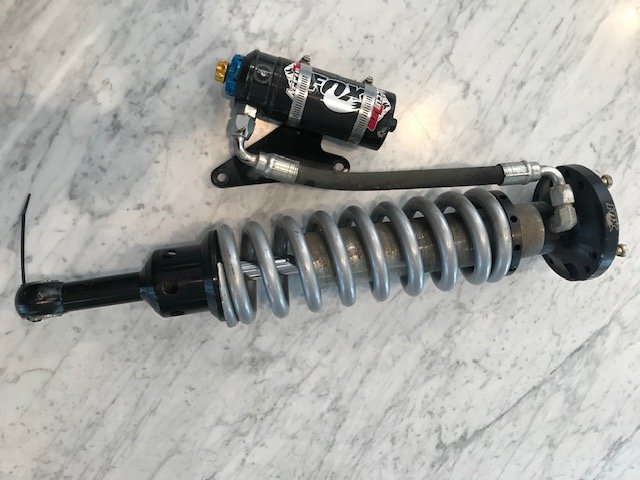 Here are a couple more pictures... 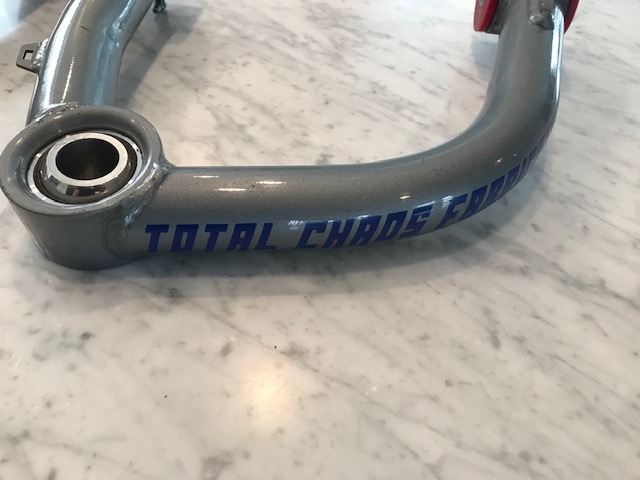 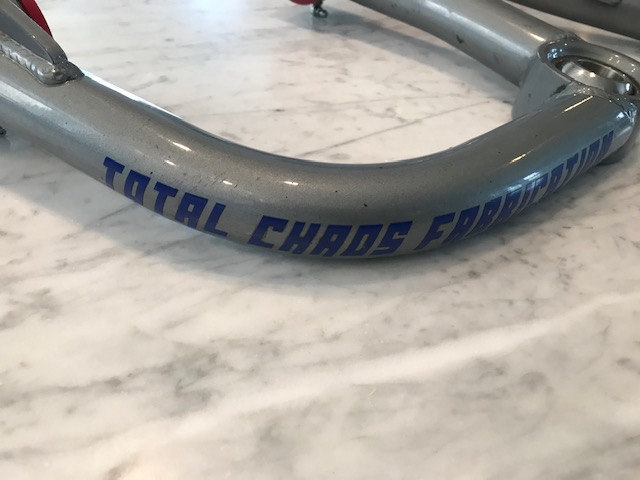 Did you find you didn't get enough adjustment with your lift with the TC Upper Control arms, or didn't like the noise of the monoball?
The Fox were too stiff on the street with your limited offroad? What did Slee 'upgrade' you to?

The Total Chaos UCAs were great, with one exception (I'll get to that in a moment). The caster range was fine on both my 200 and a set I had on a Gen 5 4Runner I had prior. Maybe not as adjustable as the SPC UCAs, but my alignment numbers were very good and I never had any noise (always kept the bushings greased and balls lubed). The reason I changed is that I was warned that the open-ball design is challenged by our winters in CO, and I could eventually have issues. Slee said Total Chaos UCAs work great in areas like CA and AZ. The exception I mentioned was that my particular version (design iteration) had a bolt retention collar that cracked. The UCAs (including the balls) were not damaged and Total Chaos overnighted replacement hardware. In talking with them, I learned that the collar was a design iteration they have since moved away from. The replacement parts they sent make the UCAs I am selling identical to their latest version.

The linear design of Fox is probably too soft (for my liking) given how much time I spend on the street. Here in Denver we need to spend a lot of time on the highway to get to the dirt. I also have a background of sports cars, so I have been told my expectations are probably unreasonable. I ended up turning the slow speed compression way up to flatten out the truck in turns. This worked well in the front, but the 2.0 rears only have a single knob, so turning it up made the shock too harsh. Fox has recently released the 2.5 for the rear which is a dual knob. This may have given me exactly what I wanted. Accutune said they could retune the rears to act the same way, but I didn't want to deal with sending them back. I have been told by multiple sources that these are great shocks that can be made to do whatever one desires. I had trouble putting into words what I desired.

Slee put on the OME BP-51s with SPC UCAs (Slee is not a Fox dealer). The UCAs don't look nearly as cool, but they are a sealed design and are apparently more adjustable during alignment. I have only had the OME setup for a couple days, but so far it really isn't that different. Did I spend a ton of money for no reason? Maybe. I guess time will tell. I probably could have gotten the parts above to work to my liking, but I couldn't' find anyone local who I trusted to help me sort out the fine details. I did find a couple people willing to revalve the shocks, but I needed to tell them exactly what to do, and I couldn't articulate what I needed (making multiple iterations likely).

I generally prefer the road less traveled, but in this case given my limited time and shock knowledge, I figured that following the herd and going BP-51 was a reasonable option. These are a great value for someone who doesn't mind the soft ride of a linear shock design, or has shock knowledge and wants to play with tuning.
Last edited: Mar 23, 2019

@afgman786 I see you're building one...
You must log in or register to reply here.