So if I have access to a newish 1hz w factory turbo and 5sp manual transmission, what should it go for roughly? Came off a 2019 and has less than 5k km. I'm in the US with a clean 95 80 series with 118k miles that runs great but I'm a sucker for manual diesels. This potential diesel is in a sketchy part of the world but so am I originally I guess. I can get it shipped here. Not sure if its worth it but wanted to see what these should go for before even entertaining it. Plus you throw in diesel being 6 bucks a gallon and it complicates matters. Thanks. 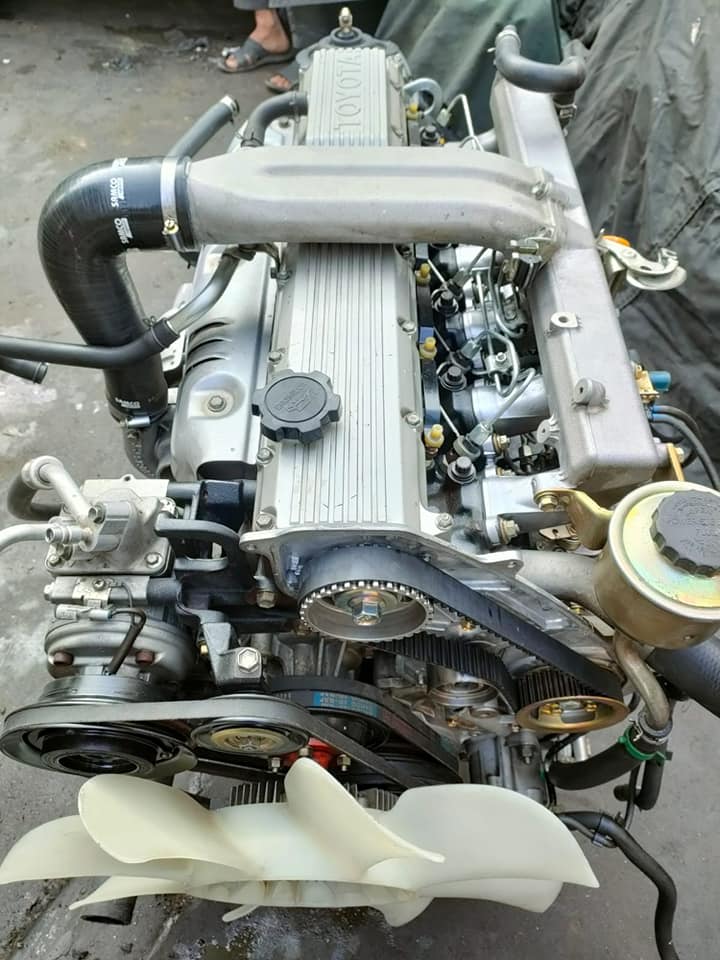 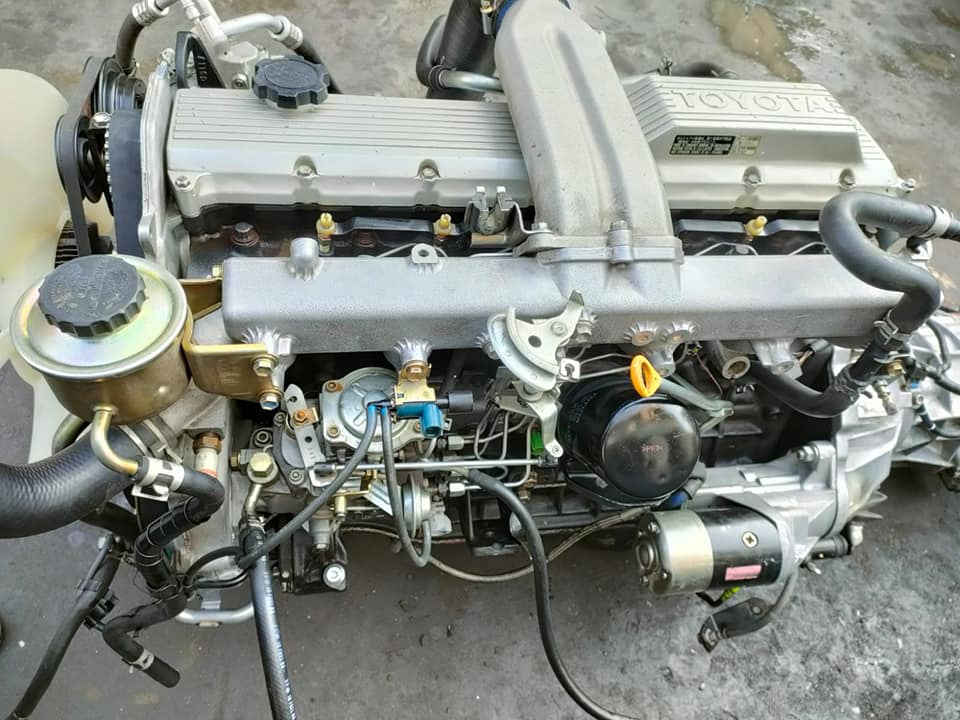 What dodgy part of the world is it from?

Are you looking at that engine specifically? It is it just a generic pic from a seller with multiple units?

I'm not sure that Toyota ever produced a factory turbod 1HZ??

Looks clean. But, why does it have no timing belt cover on it?

The hose from the turbo to the intake manifold is not an OEM hose.
Also, the cast in lettering on the turbo. I'd be curious to what it says?
If it's actually a Toyota turbo, it's an old style that I think would possibly have been superceded with 1HD-FTE Turbos which were used from about 98 onwards.
I'm also 99% certain the injection pump has a HACS (high altitude compensation system) on it, NOT a boost compensator that would be on a factory turbod engine. A couple of unobscured photos of the top part of the injection pump would make this more certain.

Not looking at this engine specifically, it just came up. Yeah I wasn't sure if Toyota ever turbo'd the 1hz. This seller has many Toyota diesels for sale, this just happened to be incredibly low mile and the cleanest by far. Its in Pakistan, which yes has a lot of amazing areas, but this seller is located in a sketchier part of town in the northwest. I can send one of my younger cousins.

Thanks for such a detailed assessment of the engine. I honestly have no idea of value for these engines. Just have long term dreams of a nice new diesel in my 80.

There is indeed a factory turboed 1HZ.

Their model designation is not super familiar to me. Seller said it was out of 2019 JMR which looks like a newer 70 series. But yes reading up on it look slike it was in their Coasters as well. 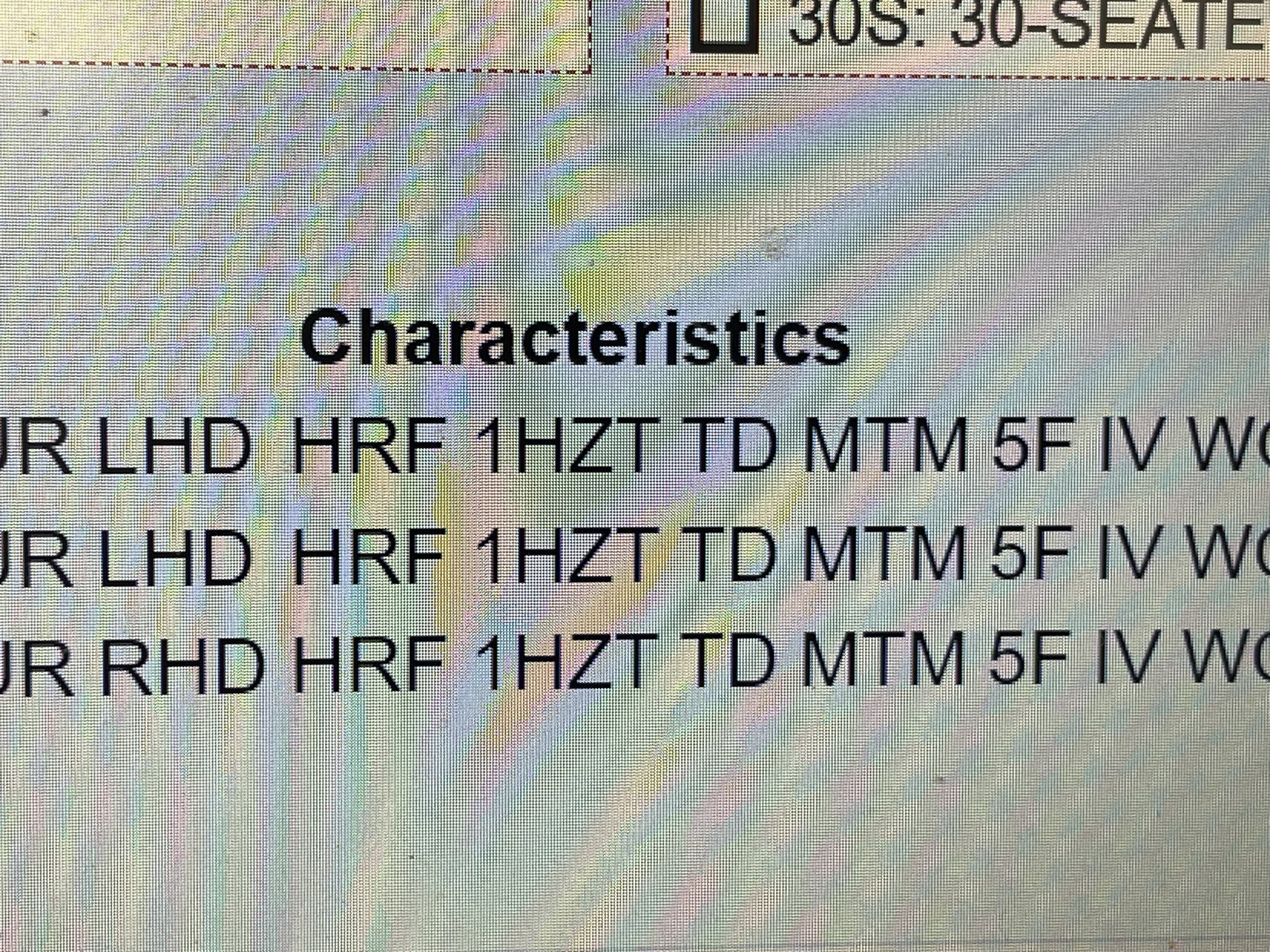 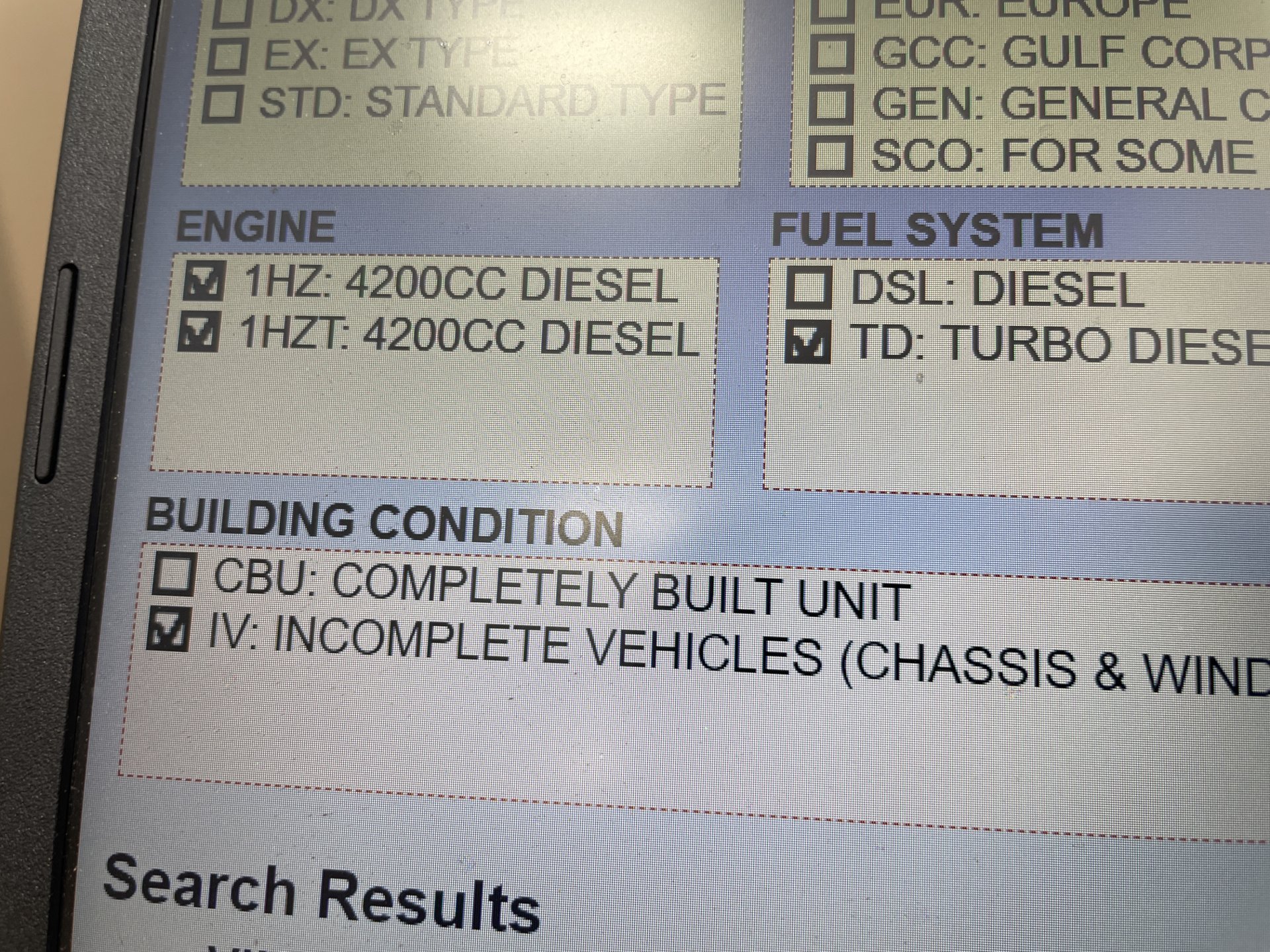 OGBeno said:
There is indeed a factory turboed 1HZ.

It’s called a 1HZ-T and was placed in IV Coasters for the European market.
Click to expand...

mudgudgeon said:
So, not highly likely to turn up in Pakistan then?
Click to expand...

That's not a factory turbo hz. 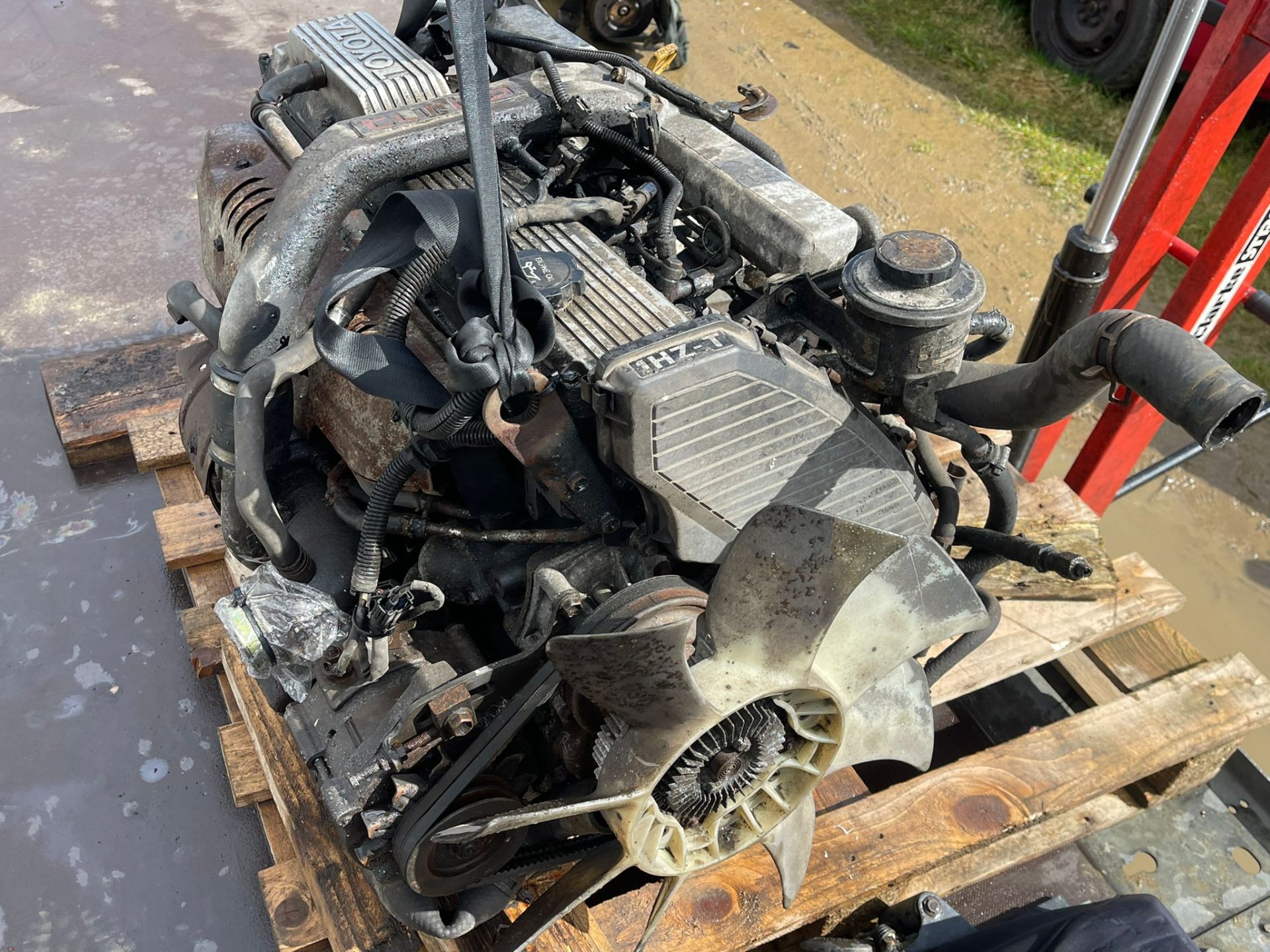 Well sometimes parts end up there from other areas somehow….

mudgudgeon said:
So, not highly likely to turn up in Pakistan then?
Click to expand...


There it is! The fabled unicorn does exist! 🦄

ATL Cruiser said:
I'd buy the entire engine just for that decal.
Click to expand...

mudgudgeon said:
I'll make you a decal for the best price you can find one of those engines 😉
Click to expand...

mudgudgeon said:
Negative. They are 1hz injectors. HDT injectors have the injector line coming in from the side, not the top.
Click to expand...

You should look again, they most certainly are coming in from the side of injector. 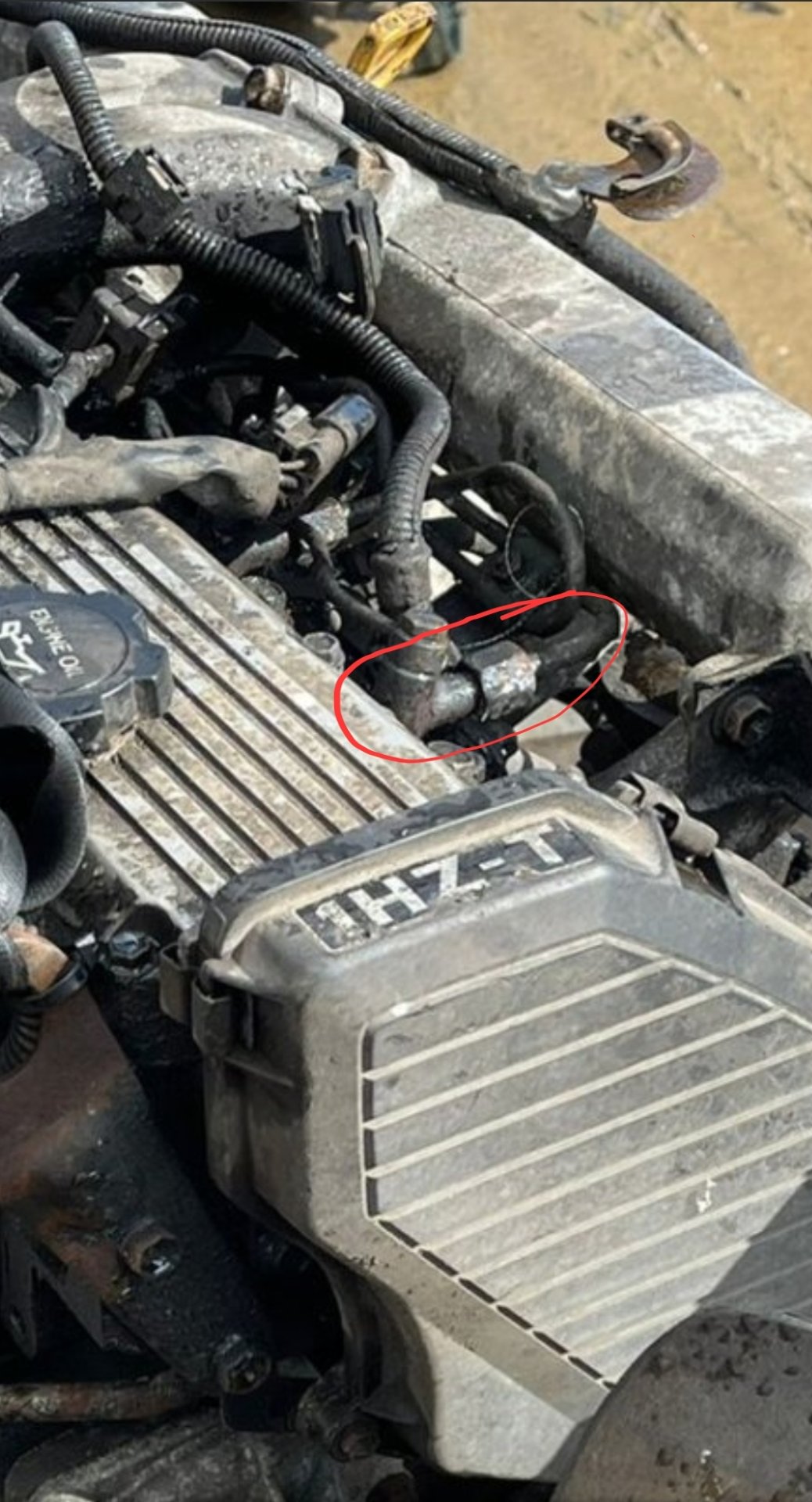 Questions regarding 1HZ 4.2 liter with turbo and with H55F transmission