Hey all, I picked up the 80 mid September, since then I've managed to get most of the PM done, and a few mods already! looking forward to many years of fun in this thing
this is just going to be me posting all the things I end up doing to it so I can keep track 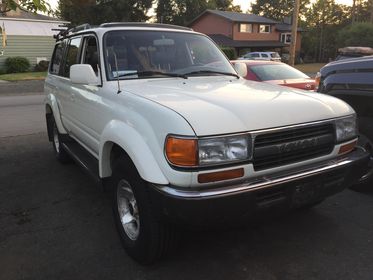 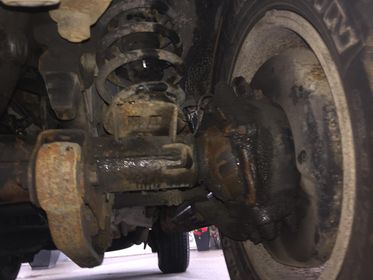 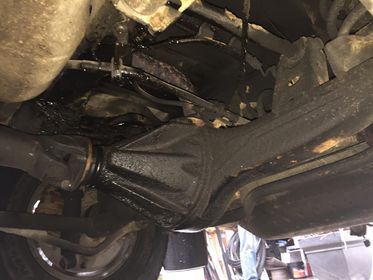 so after I brought her home and topped off the rear diff fluid, I Started ordering new parts!

first was a full front end rebuild,
Calipers, rotors, wheel bearings, knuckle kit, New birfs, and drive flanges.
spent a weekend doing that job with a buddy, as it was the first time messing with a solid axle it took a bit longer then expected but, that's pretty par for the course it seems. 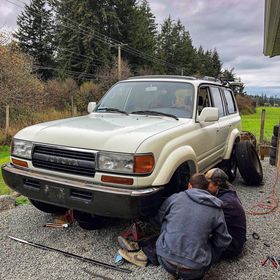 when doing that I discovered a broken lower knuckle stud... which lead me to order some new ones from Wits' end!

after that We got the cruiser into a buddy work and managed to do all the fluids.
New coolant, Oil change, trans & t-case fluid replaced, and also replaced the leaking pinion seal too.

As this will be my camping/adventure only vehicle I removed all the back seats to make a sleeping platform in the rear, this is just to use for the winter, when the nicer weather returns I want to make a platform with drawers . pictures will come when I can actually get off work when the sun is up

last weekend I managed to a 11k Runva winch mounted with a custom mount, only big problem with it is that I will need to figure out how to get, what I believe is the Trans cooler out of the way of the clutch handle on the winch. 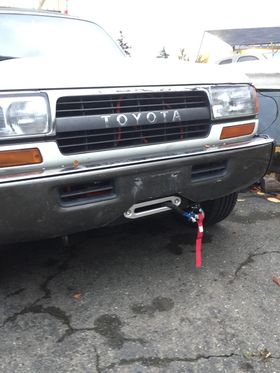 up next will be installing the CLD button that I ordered! going to use the spot of the power antenna switch as I dont want to cut up the wood dash just yet

I moved the trans cooler to the passenger side and the horn to the driver’s side to accommodate my Warn 9000i that I mounted similarly. It wasn’t too much trouble to do.

OREGON85 said:
I moved the trans cooler to the passenger side and the horn to the driver’s side to accommodate my Warn 9000i that I mounted similarly. It wasn’t too much trouble to do.
Click to expand...

did you have to extend the lines or anything? I haven't even had a chance to take a look at it yet

Looking good.... but then again I'm partial to the white 94's

CanadianCoast said:
did you have to extend the lines or anything? I haven't even had a chance to take a look at it yet
Click to expand...

Yes, I replaced the lines.
You must log in or register to reply here.