the other one (1 Viewer)

so i thought i would give this thing its own thread. i picked it up from Jim with the original intention of stripping the lift and reselling the rest.... but its proved to be pretty solid truck, so I've convinced my friend chris he needs to buy it.
we've spent the last two weekend working on it, last weekend we patched up all the small rust spots on the roof and on the back pillars. and then gave the truck an aerosol job. used krylon camouflage series, its the same paint i used on my brown toyota pickup. it sprays nice and dries in 30 seconds, plus it remains completely workable after the fact for additional body work. its pretty limited on the colours though, just black brown green and tan. so we went with tan as its closest to sort f a cruiser colour. 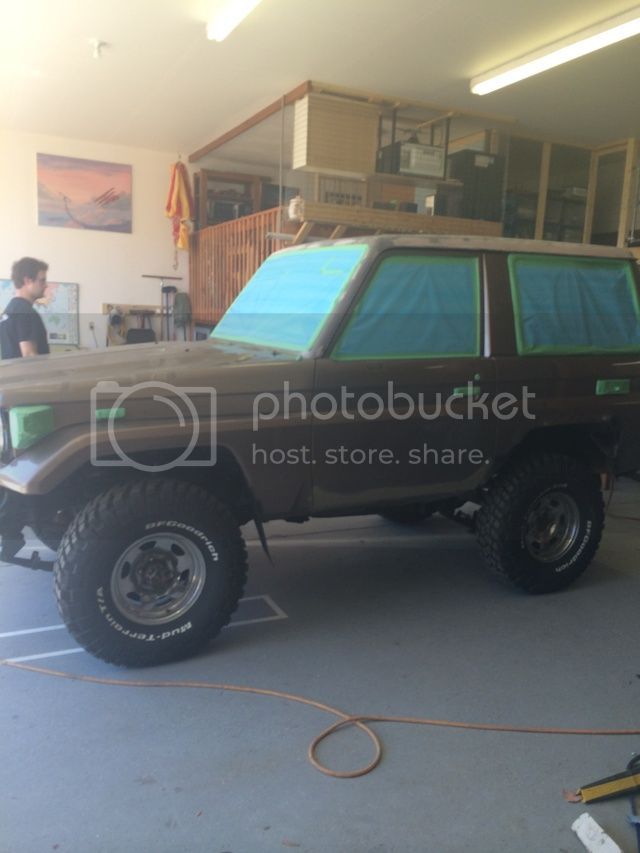 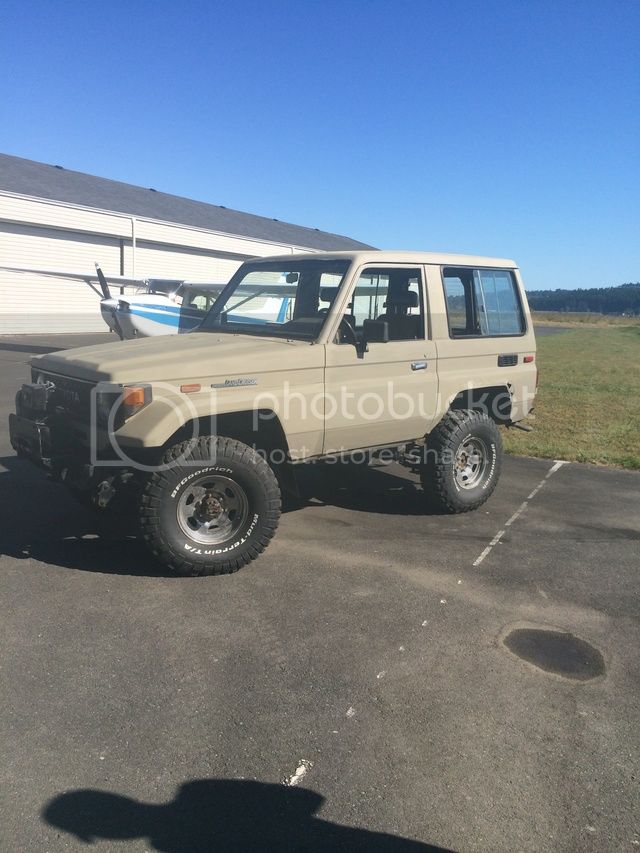 today was cab mount day, the 2/4 ratchet strap combo wasn't holding out too great so i figured it needed some more steel. the right side was the better of the 2, i basically made a U-channel that picked up on the front and back of the cab mount structure.
the left side was a little worse, i had to bring the cab mount patch all the way up to the floor to find new metal. i also patched a good section of floor in the same area. 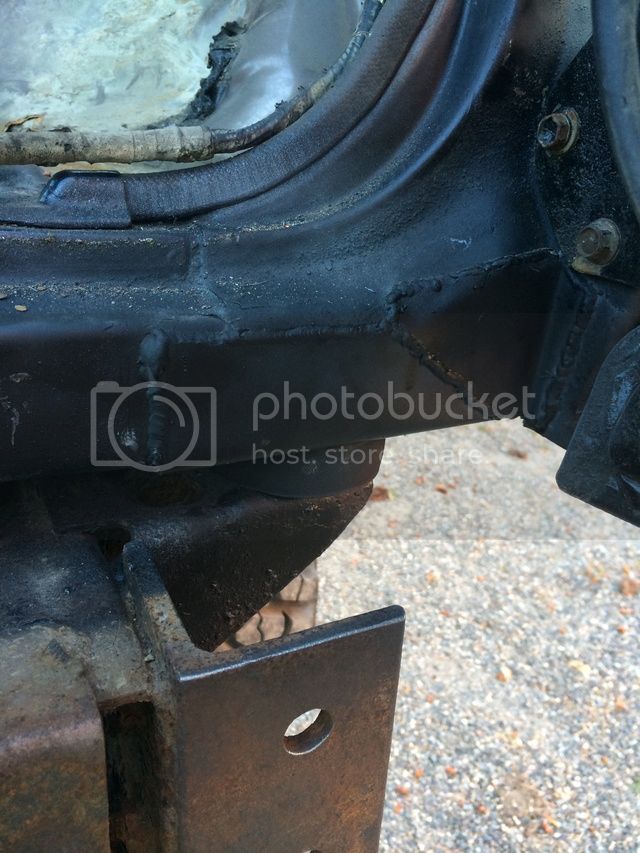 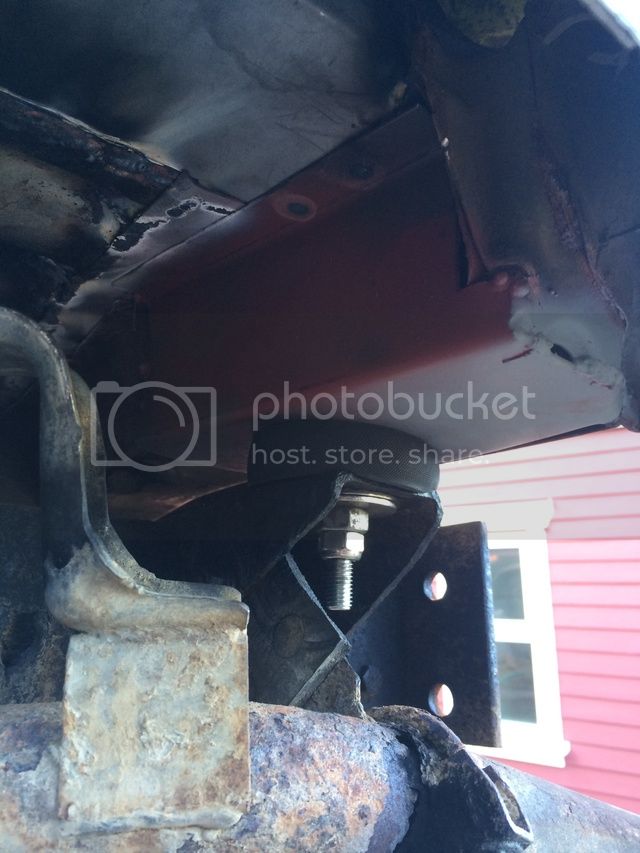 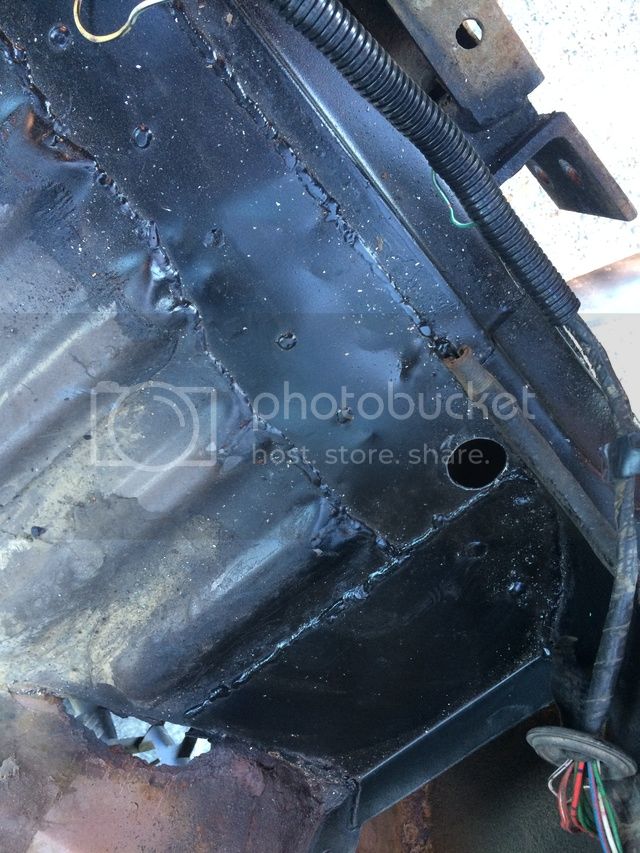 i figure it will make it easier for rust repair to shorten the rear quarters to just below the body line, that part was probably the hardest part on my black 70. ill just cap the bottom of it and then build the bumper to wrap around to fill the gap. 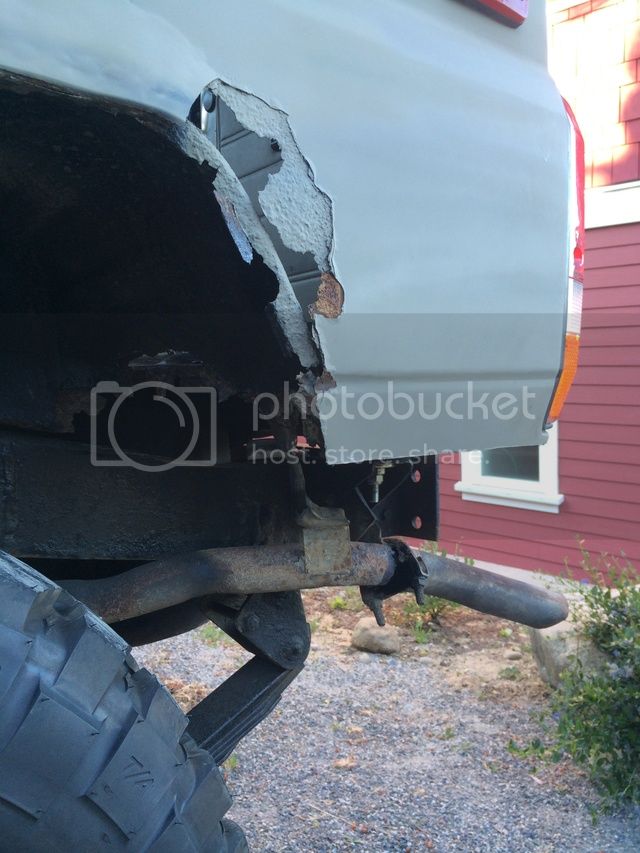 heres evidence of chris actually working for once. makes it easier when you can task someone else with the welding prep. 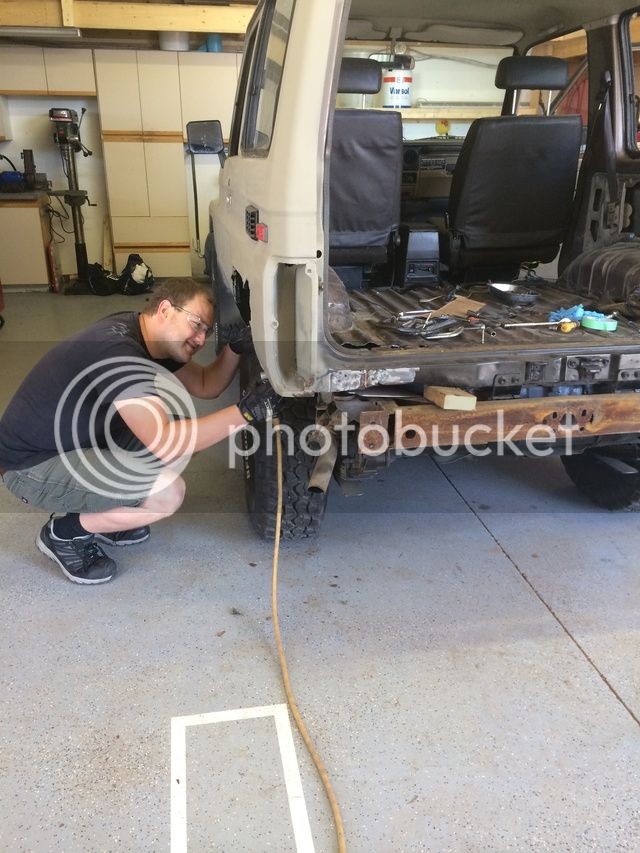 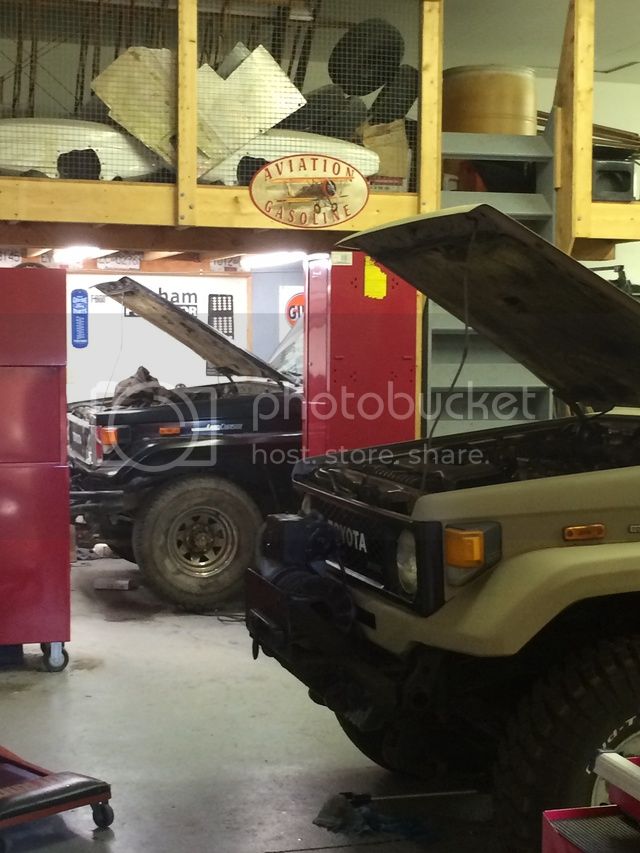 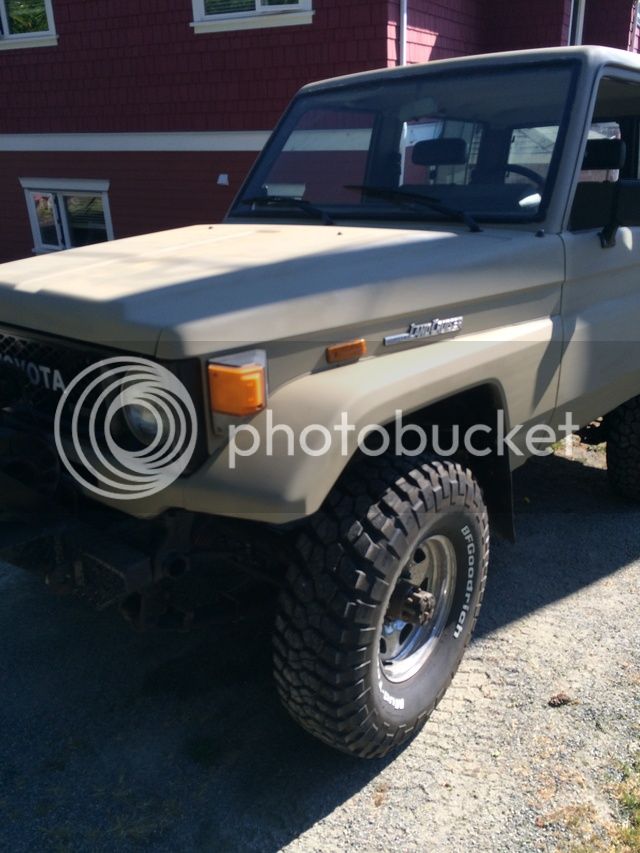 thats all for now, tomorrow will be floor patch day.

'Land Cruiser salute' - I like that. Looks good, yeah, too bad I missed out on this one. J

Right on G. Tan does look great! Good to see another 70 saved from the part-out.

Lookin good! I like that color quite a bit actually. Glad you guys are saving that beast. Chris, welcome to the cruiser world...and VI Cruisers. Hope to see you at a meet sometime. 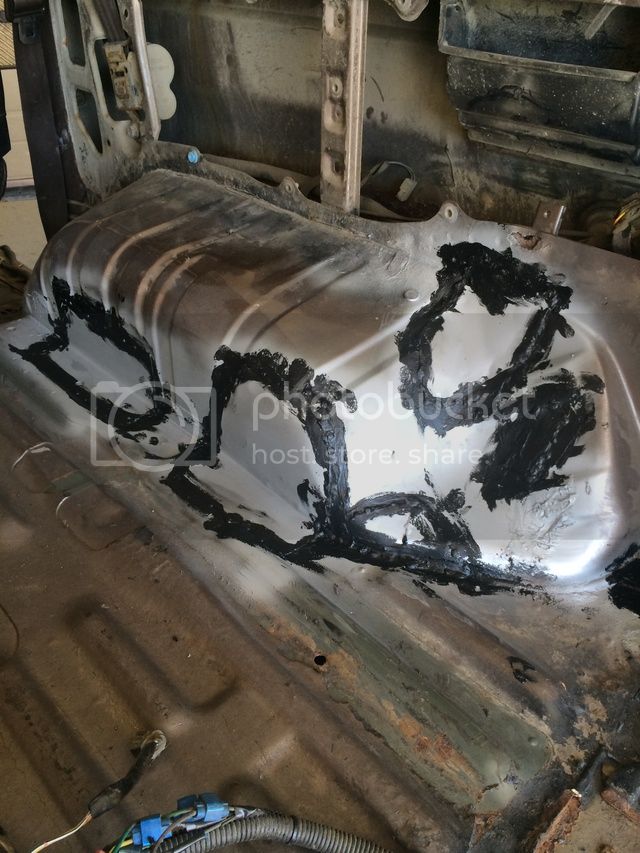 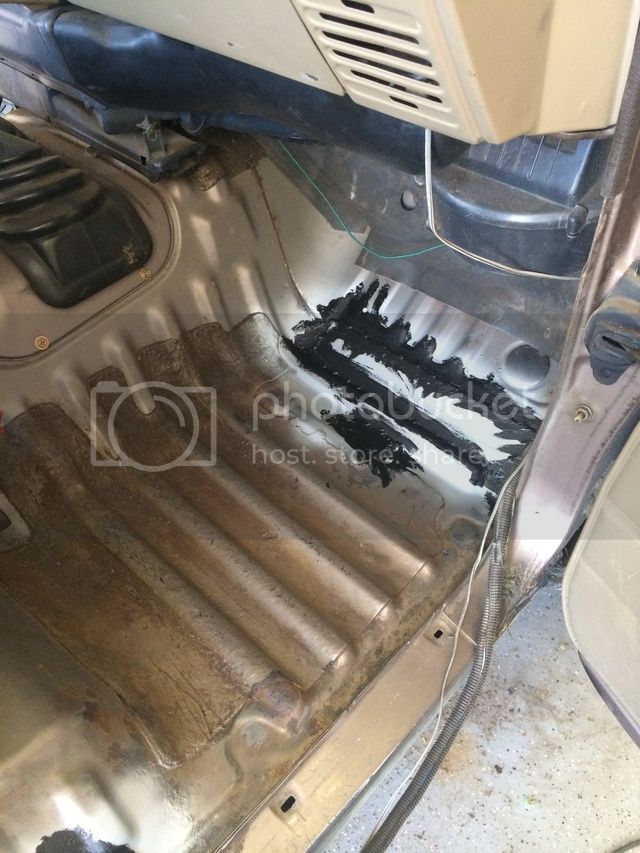 Wow I don't remember it looking that good ever when I owned it!!

Good to see a couple young lads working together on a cruiser, pretty sure there were a few dead soldiers kicking around the shop

Diesel Cruiserman said:
Your almost there

Good to see a couple young lads working together on a cruiser, pretty sure there were a few dead soldiers kicking around the shop

Haha maybe one or two 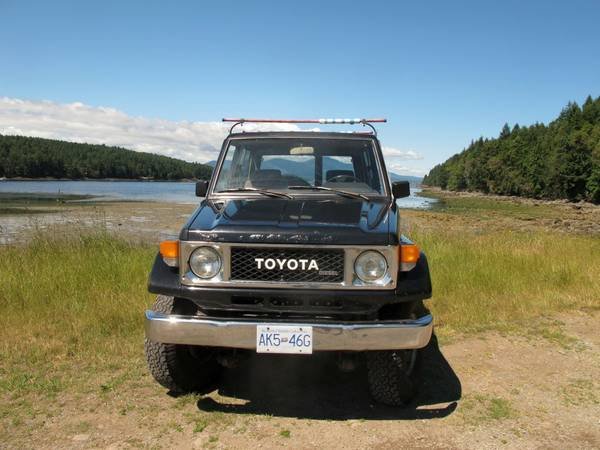 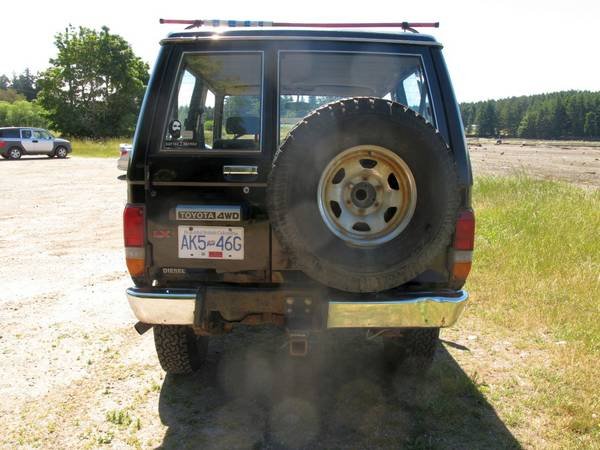 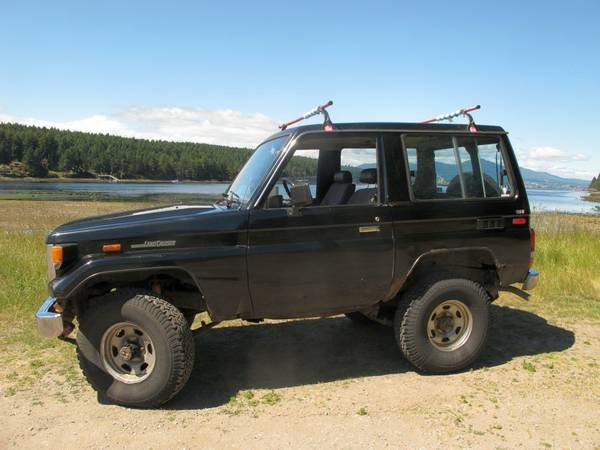 The new addition to the family
T

Well it was a busy weekend, spent most of Friday doing a shop clean up and working on the little red truck to get it half assed respectable looking. Then spent both Saturday and Sunday on this thing doing wheel wells.
Looking at my schedule I decided that the best way to get this job wrapped up was to just cram it into 2 days.
The truck came with one rocker panel replacement from toyota so we went and ordered the other side. Surprisingly readily avaliable, took less than a day to come in.
The pre formed rockers made the job 10x easier. As there was not much left of the panels before. Once the rockers were installed it was just rebuild the inner fender lip and then re skin he oustide..... Sounds too easy when I say it like that. About 8 hours per side and a few

And the truck no longer has any extra holes in it. It's not the prettiest job I've ever done but should look fine after some bondo and the all-concealing tan paint. 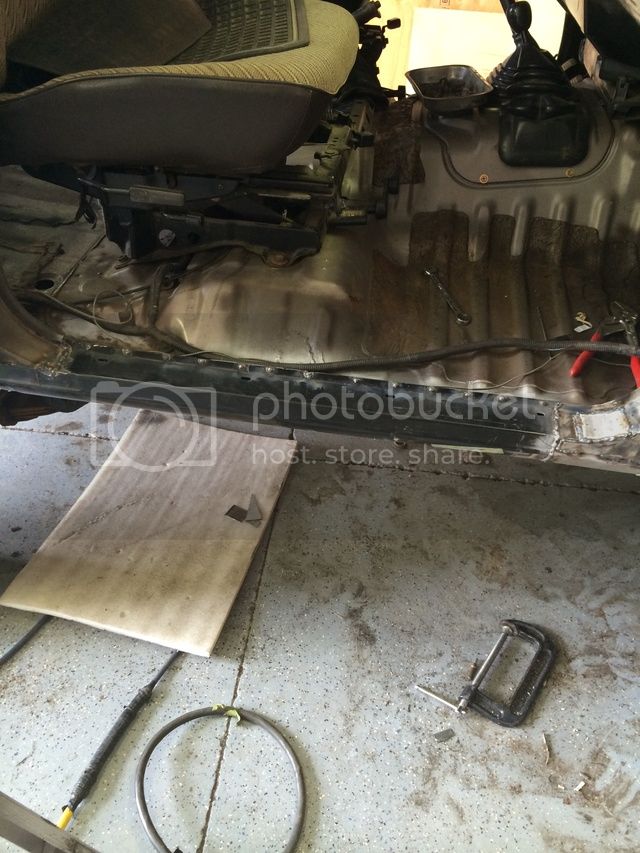 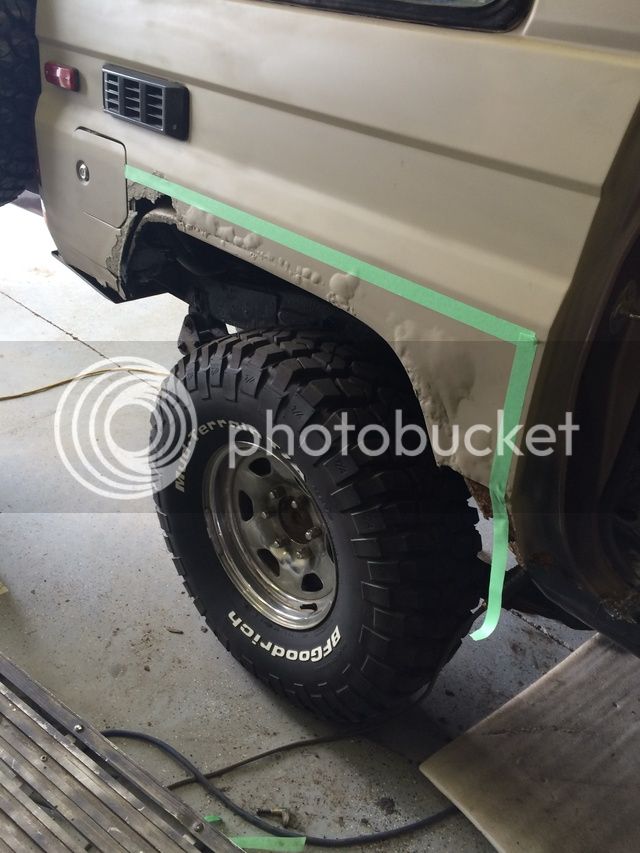 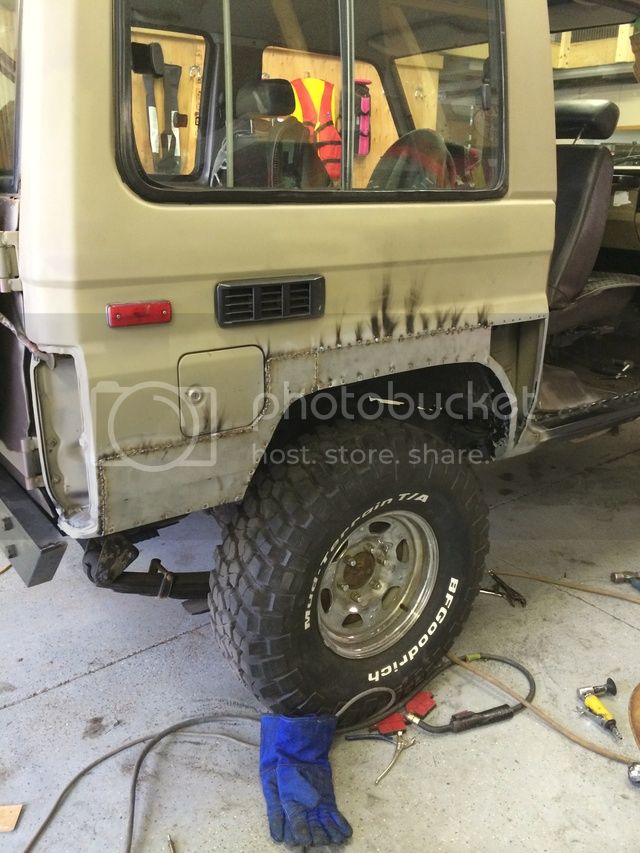 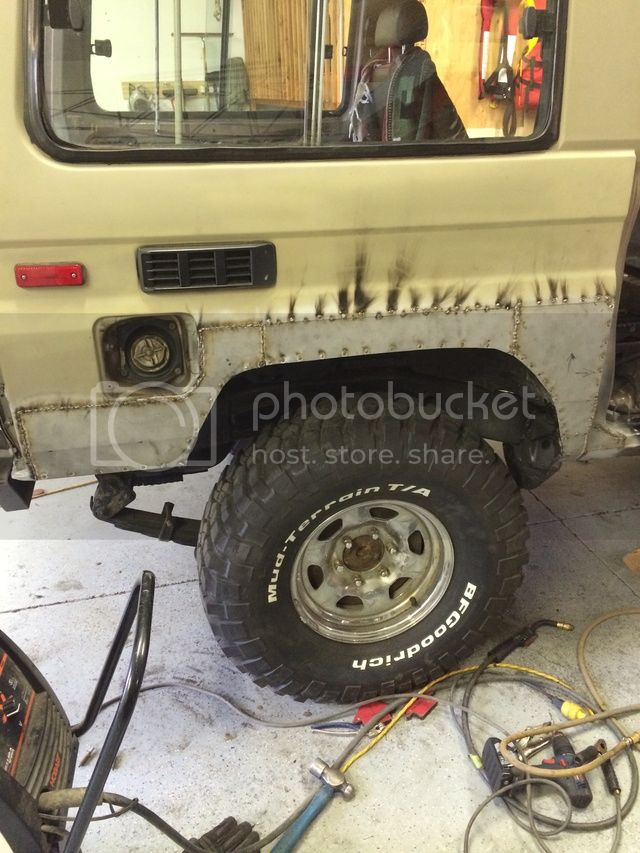 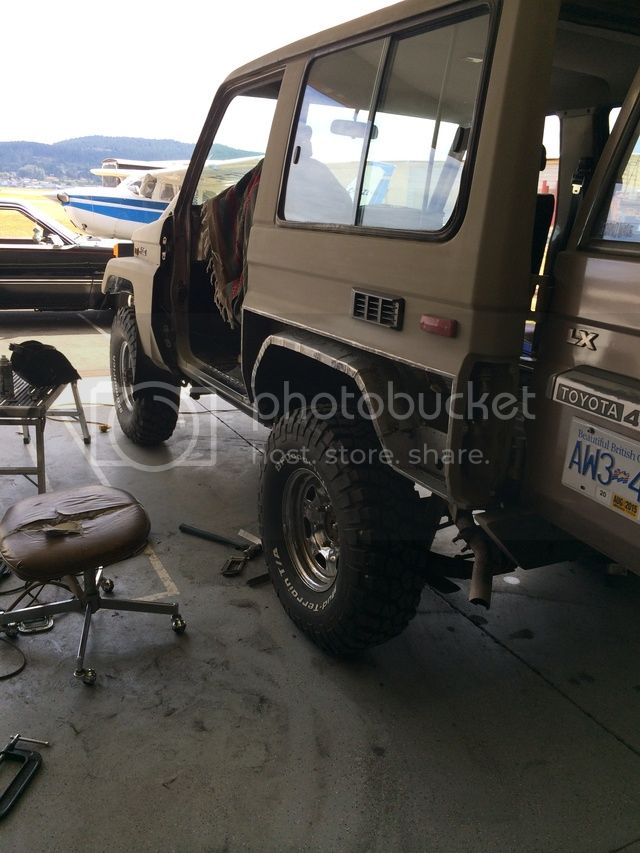 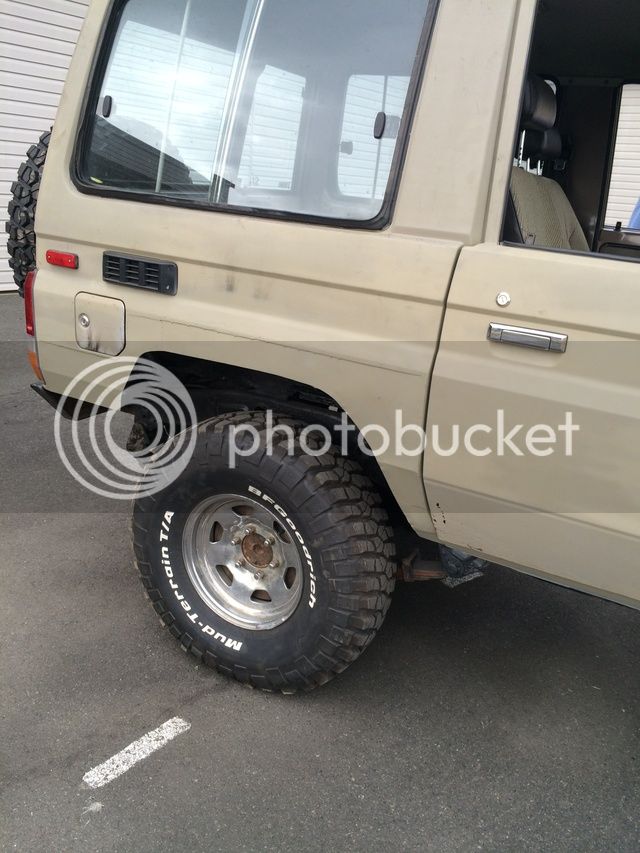 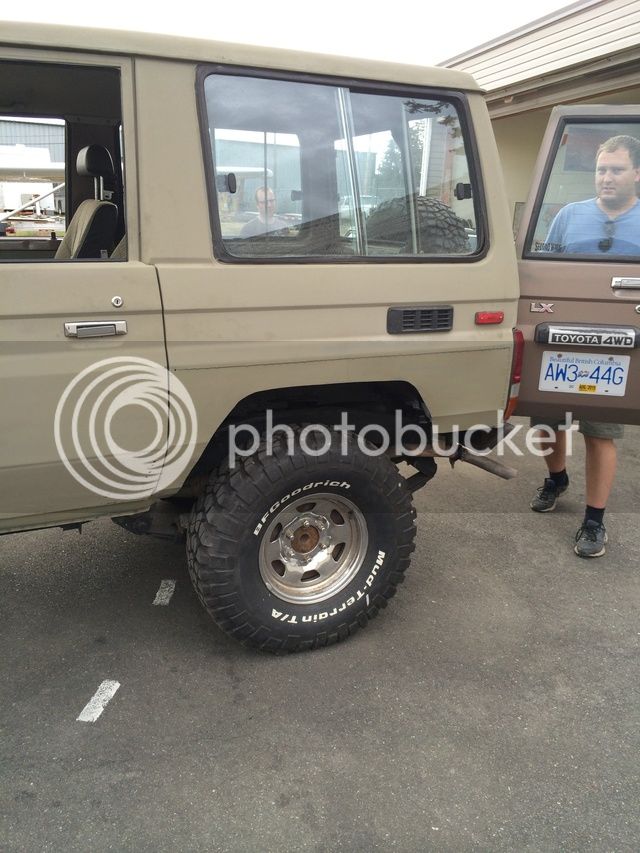 Knipex adjustable crescent wrench...have the same one...amazing!
You must log in or register to reply here.