Has anyone installed one of the Seicane 10-1/2" stereo systems in their LC or LX? I have an 05 LX470 and just installed the unit with the module for the LX or LC. However, the back-up camera does not show up on the screen. 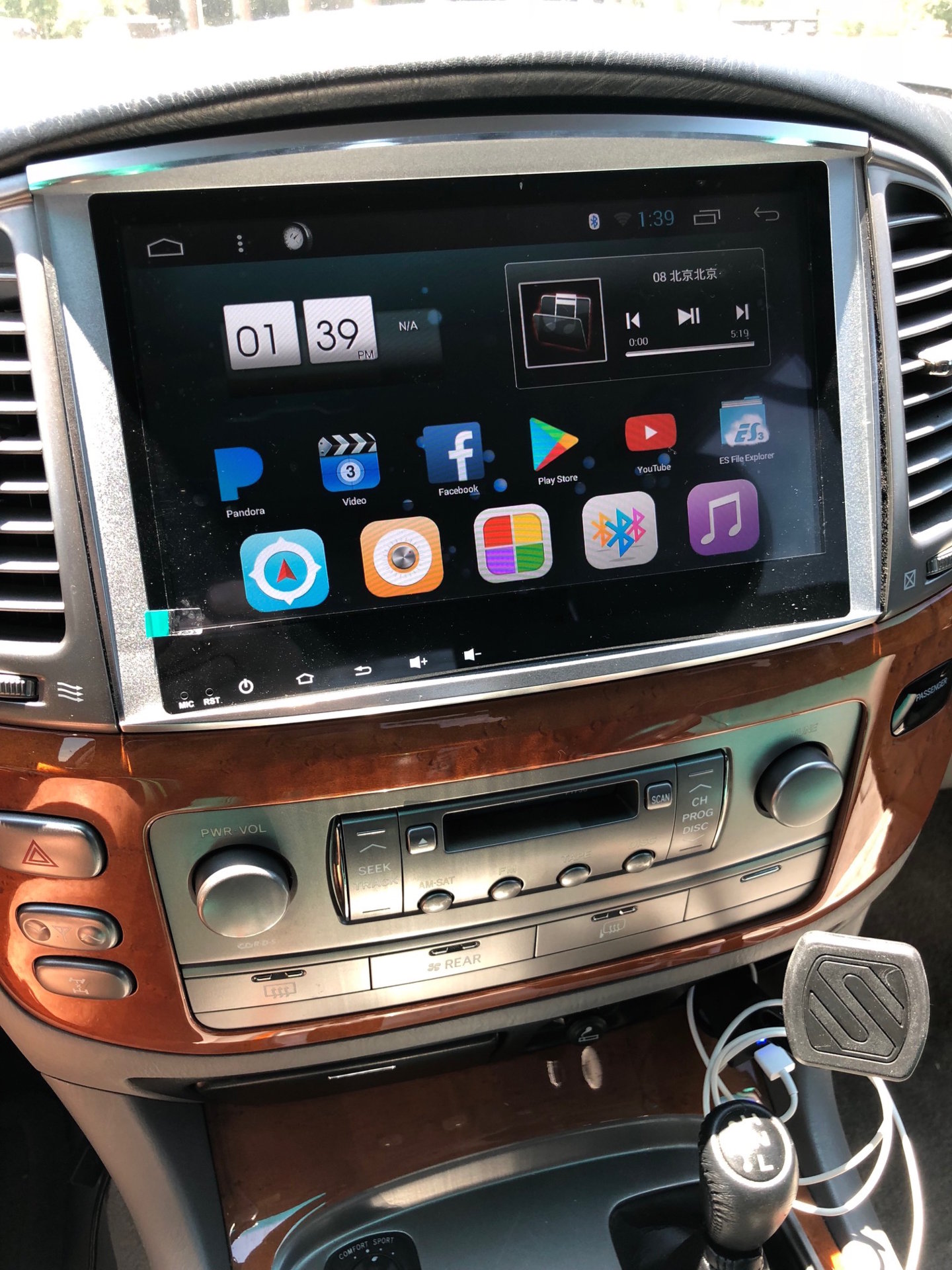 In my experience this happens when the camera isn’t ground properly and not turning on.

Are you sure the camera is getting power? Did you wire power off the reverse light?

I haven't installed one, but their website seems to imply only aftermarket camera support:

i was hoping to patch into the existing camera if possible. The screen goes black when I go into reverse so the system obviously knows it should be displaying the rear video feed.

Hi WaterCruiser, thanks for the diagnosis...that makes sense. Now I just need to find a camera that can be installed like my current OEM but is Android compatible. Any suggestions?

I suspect that you should also be able to chase down an adapter for the OEM cam...

No guarantee that this is the correct unit, but something similar should be available:
AERPRO APVTY04 OEM REVERSE CAMERA RETENTION HARNESS SUIT TOYOTA 4-PIN

that link above is a transistor, I don't know about the plug though- fitting into, or somewhere around the television ECU. Without my notes I'm guessing it's the T21 plug into the television cam you need to get at, should be four wires you need, a transistor, and a old cut off single RCA plug. Stock cam is 6vdc.
I think this is the page for info, but unsure, I can't load it.
HOW TO: Using the factory rear view camera with aftermarket stereo - Toyota Nation Forum : Toyota Car and Truck Forums

That adapter in the above link maybe good. I can't remember.
Z

Bringing this one back from the dead, but I wanted to ask you if you have the Mark Levinson stereo in your truck. I'm trying to find out if this head unit will drive it, but not finding definitive information and it's hard to see whether there is the ML logo under your tune button.

Zer0zg said:
Bringing this one back from the dead, but I wanted to ask you if you have the Mark Levinson stereo in your truck. I'm trying to find out if this head unit will drive it, but not finding definitive information and it's hard to see whether there is the ML logo under your tune button.
Click to expand...

My LX does have the Mark Levinson system in it.
Z

I did have to buy a new after market reverse camera. The factory camera was not compatable.
Z

Yeah, I figured that much. That I can handle, replacing every speaker in the car was a bit more daunting.

I did the foam repair kit on the sub woofer but still have all of the other factory speakers. The mids are bad and I’ve been thinking of replacing the lower door speakers with a dual cone and omit the factory mids.
T

Trailguy, assuming you still have this unit, any issues? still no problem with AC controls? Happen to have a picture of the AC interface? What other modules did you have to buy for everything to work? Any additional trim pieces or mods needed to make it fit? Plug and Play or wiring involved? thinking off trying it in my '03 LC with factory NAV

Really do like this option over the Tesla style screen. Same questions here, any issues since it's been installed? How is the AC working with the unit? What options did you go with when you ordered it?
Last edited: Oct 6, 2020

Re: backup camera. An RCA plug is just a convenient way to have a positive and negative signal. To try and make it work with your OEM camera, you can buy a RCA cord and cut off one end, exposing the two wires. The cable will need to be long enough to connect the output end of the OEM backup camera to your headunit. You can then tap into the existing backup camera wiring (where ever it is close to terminating) and connect to the two exposed ends of your RCA cable to the signal wires. There may be more than two wires on the OEM wiring since the camera may get it's power from the same cord.

Keep in mind you don't have to cut off the plug of the OEM backup camera output. You can just tap into the wires a few inches away from the plug, and leave the plug open-ended and dangling.

This *may* work and may be worth a shot if you don't want to run another backup cam and route all of the wiring.

Def like this one over the tesla unit.. How is it working out?
You must log in or register to reply here.