Visit site
So I've been on the lookout for some reasonably priced weather proof duffle bags for a while now. I really like the North face bags, but dang they are pricy. At SEMA this year I talked to a company Called Rightline Gear. They were coming out with a set of bags designed for Jeeps (yeah, yeah I know) but heck, from the look of them, They could easily be used for a cruiser! http://www.rightlinegear.com/4x4-duffle-bag.html

As soon as the production was up and running on them I picked up a pair of the duffle bags. The set fit perfectly on the rack on the top of the Cruiser. But be aware, these bags are BIG. I'd actually be pleased if they made a bag almost half the size, but that can come later. 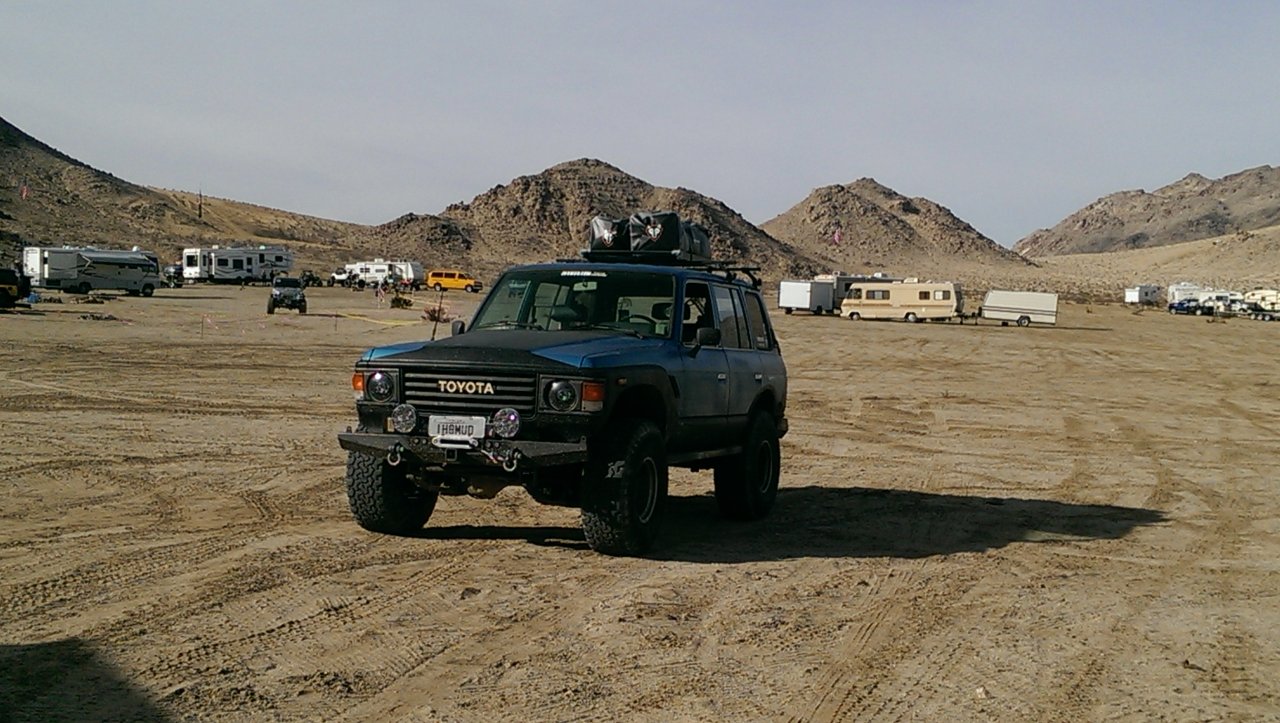 The first test was out at the hammers, It had rained considerably a couple days before I got out there, but the rain had cleared up and was drying out by the time I arrived, leaving most of Johnson Valley the Dry, dusty place that everyone loves.
I left the Bags on the top of the Cruiser from Sunday to Friday when we left. No Dust/Dirt managed to get into the bags. I was pleased. 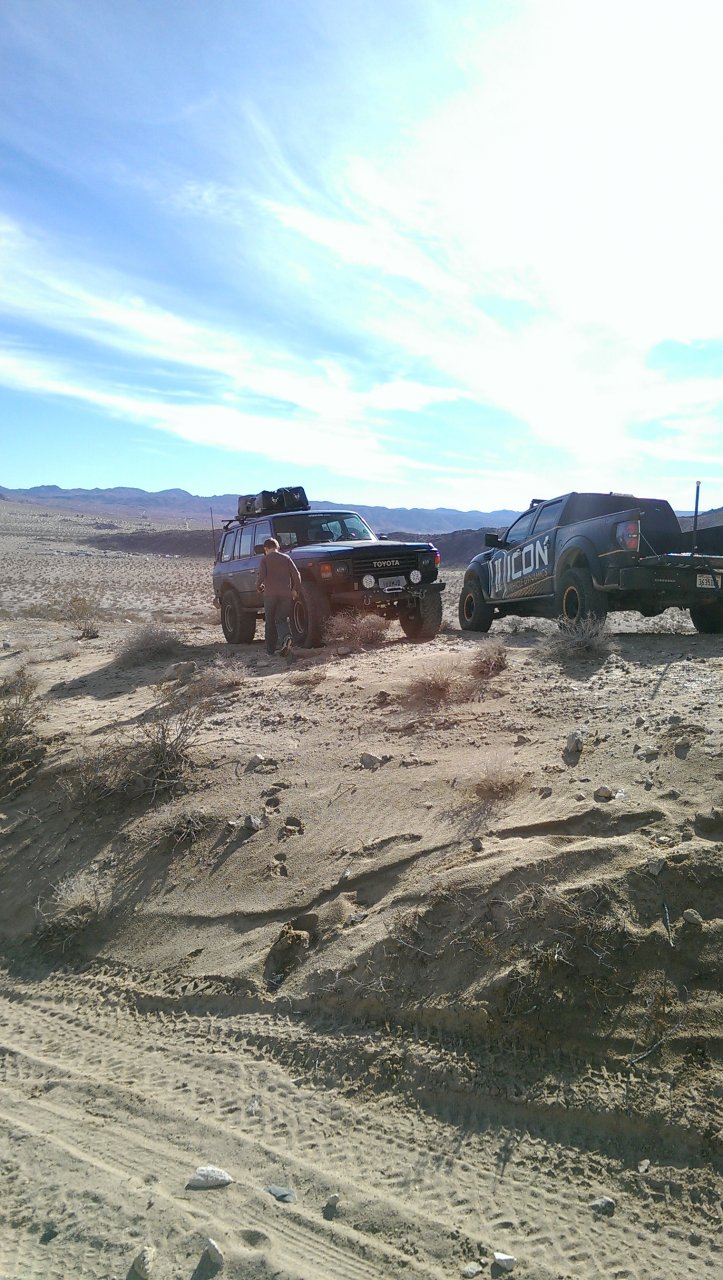 Couple weeks later I had to head from Vegas North to Ely, Nevada. There was a fairly sizeable storm rolling through and I figured it'd be a good test of the bag. I filled one of the duffles with sleeping bags and tossed it into the bed of the truck. The drive up consisted of on and off rain (heavy in spots) that developed into sleet and then snow. 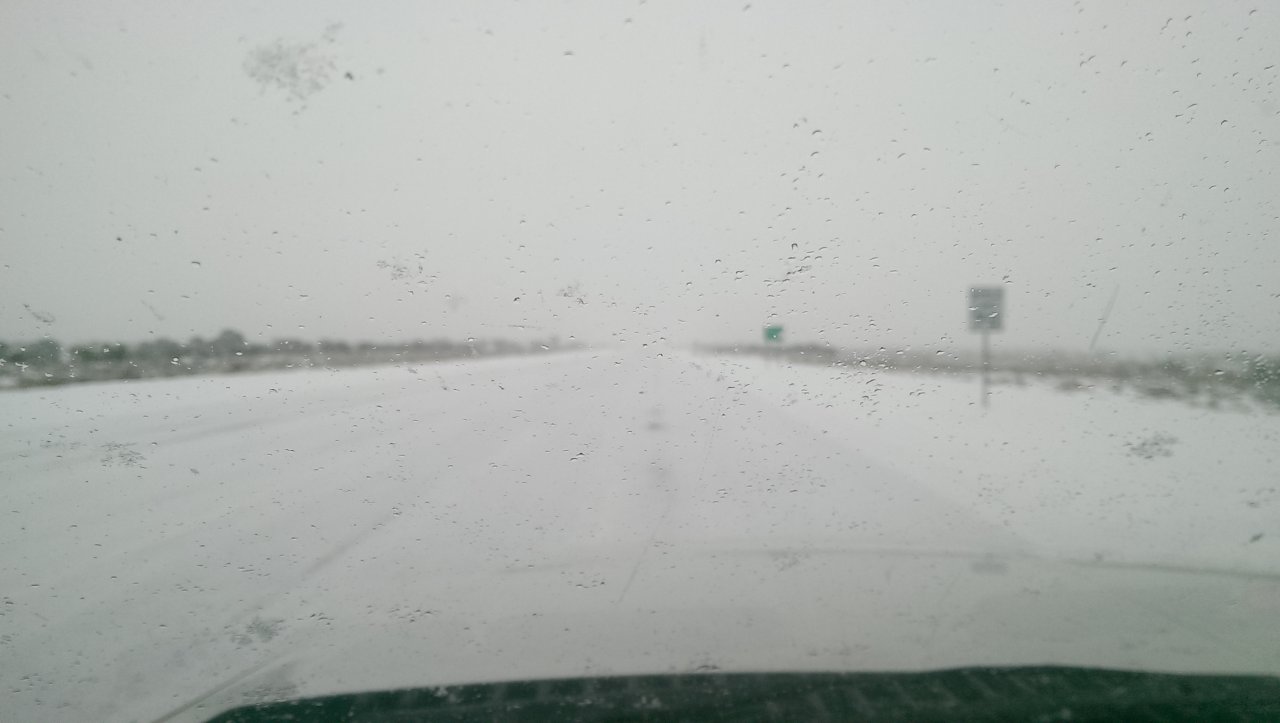 The bag sat in the bed of the truck for three days. Snowy and frozen. 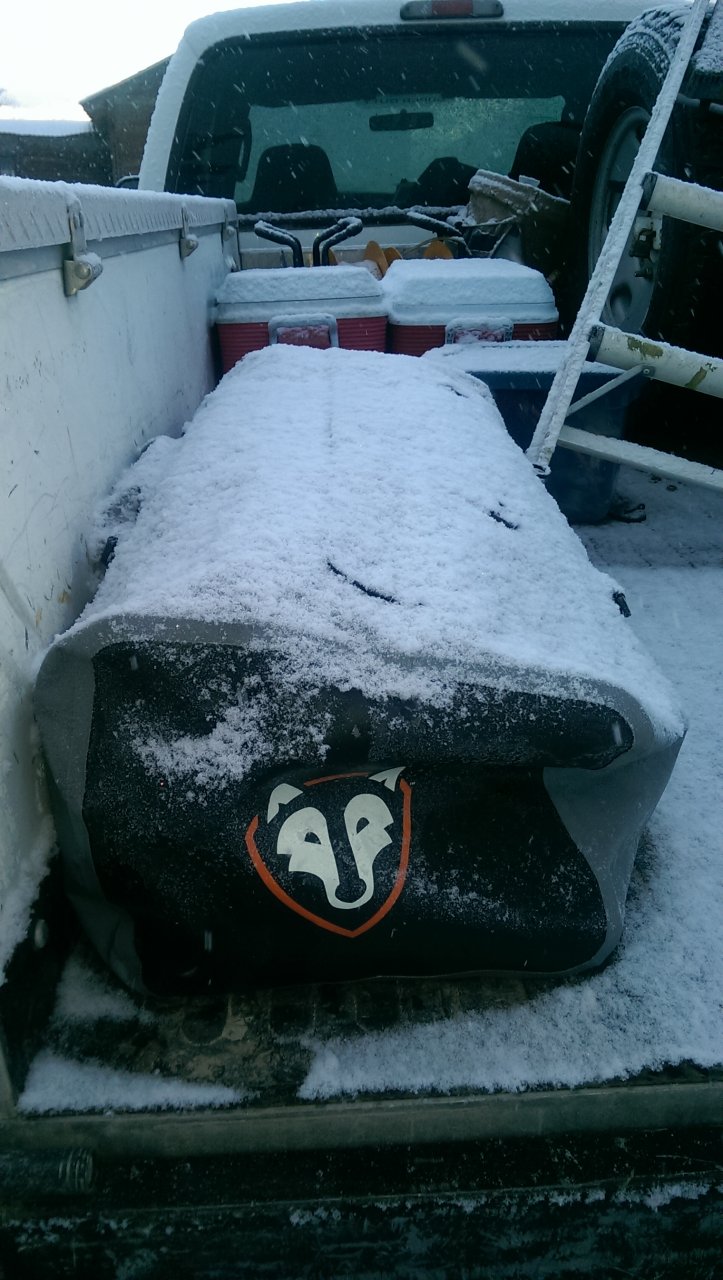 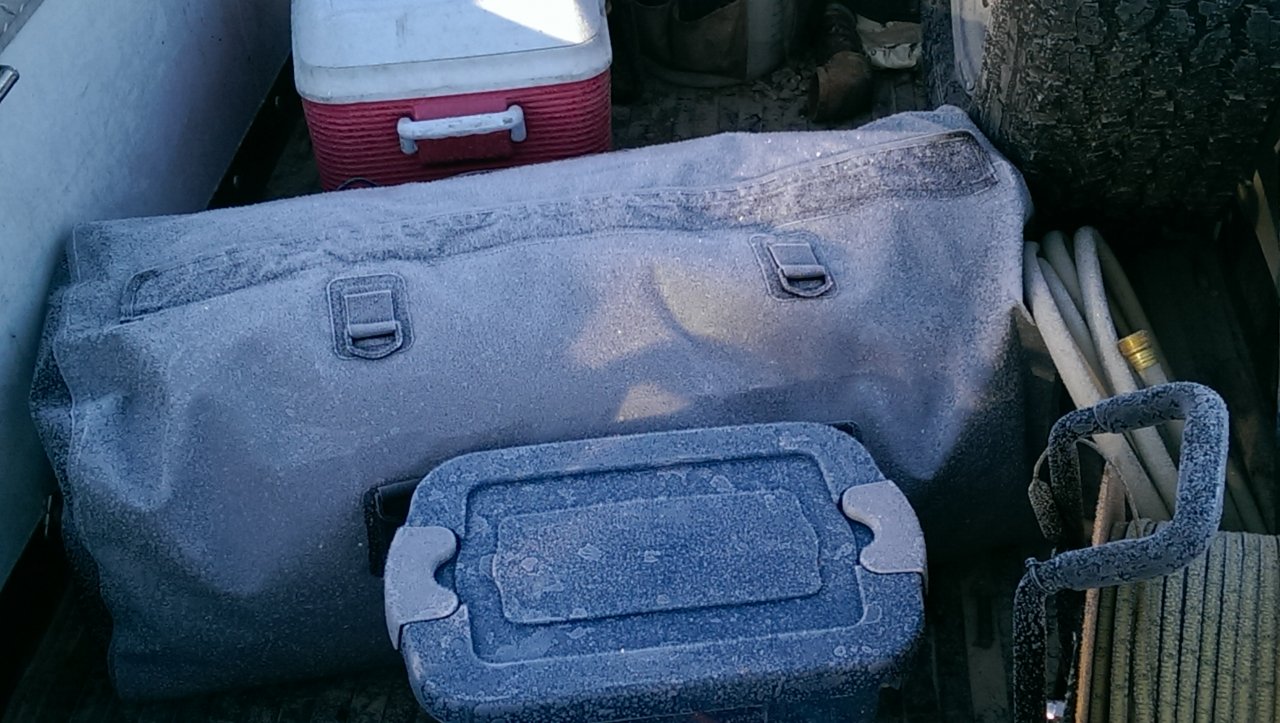 On the third day I opened the bag to see how it had fared. All of the sleeping bags were dry as a bone and dust free. Very cold, but dry...

Neat stuff at a reasonable price. I can't wait to see how long they last. I'll have them on top of the 40 on the con this year.

Visit site
My guess is the sun will do them in...sounds like a good option though.

Visit site
Great price, thanks for the review.

titanpat57 said:
My guess is the sun will do them in...sounds like a good option though.
Click to expand...

Possibly, we'll see what the Vegas sun does to them. I'm going to use them like I would a standard duffle. My guess is that throwing them in the bed of a truck on dirt roads over time is going to abraid the edges. Course I'm not positive that the NF bags would hold up much better given those circumstances..

Thanks for the tip Mace! I have a huge duffel bag (Mountainsmith brand maybe) that I got from another Mudder for $25 that has been great for keeping the trail dust off my gear, but I would not expect it to keep the stuff inside dry through the weather you tested these bags with!

Visit site
That is a good price for a bag advertised to take that kind of abuse. I would think everything eventually breaks down
due to UV, but $69 is a helluva starting price to find out. Good luck, keep us posted.

I've been tracking this bag on Amazon for a while. It dropped to $27 today.
http://a.co/d/1FE0GkE 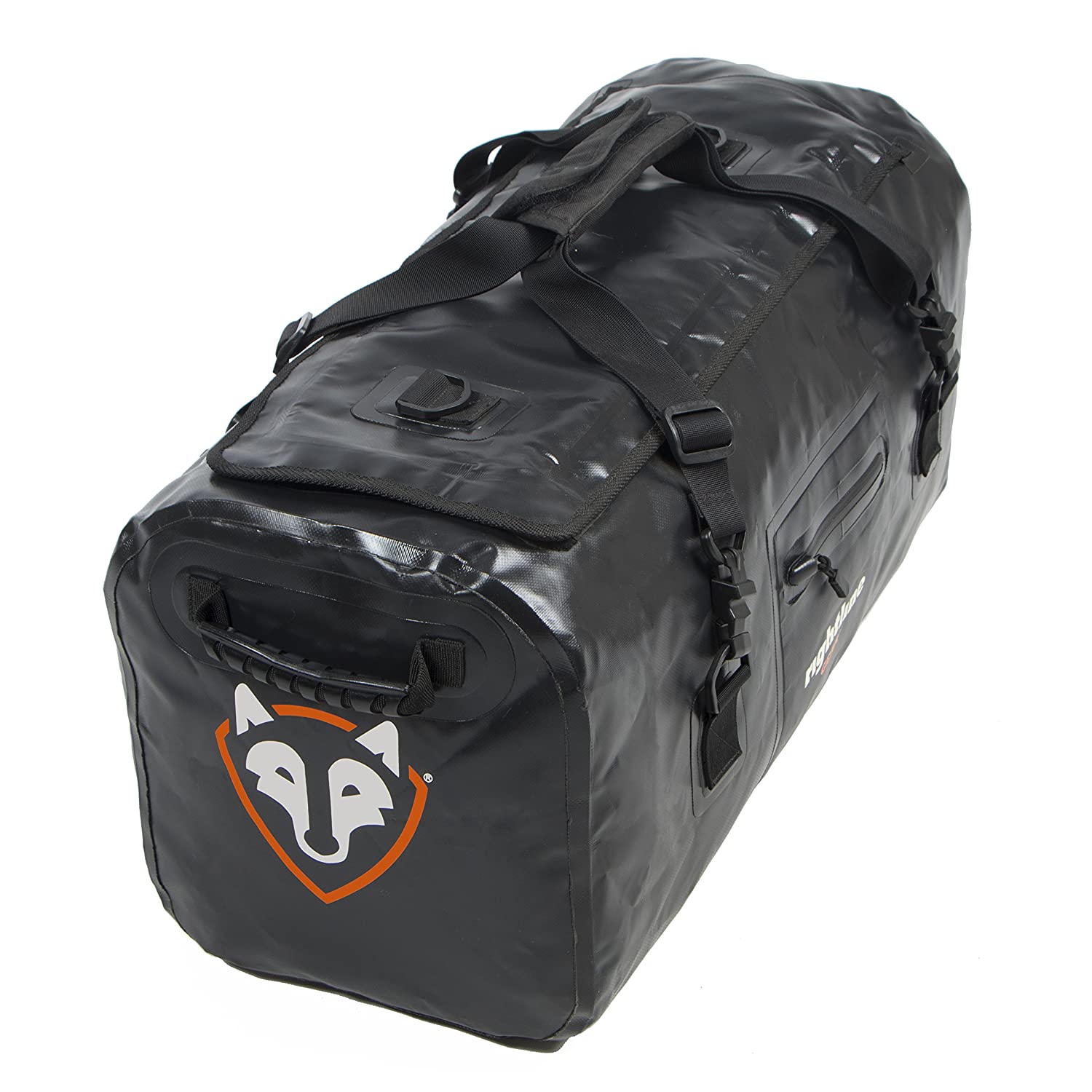 Visit site
Heck of a deal. BTW, Mace how has it held up til now? I bought a Cabela's bag similar with a roll top that it waterproof.
It holds all I need, and keeps stuff clean and dry. But I bought it out of desperation at the time, time will tell how long it last.

Visit site
Holding up admirably. I over stuffed the crap out of one and blew out the zipper. Complexly my fault. The one with the functional zipper has the glue that holds the velcro on the flap is failing.

That being said, they have held up really well.

I need a new bag to replace a smaller duffle. At $27 I'll pick up the one that BMThiker posted..

BMThiker said:
I've been tracking this bag on Amazon for a while. It dropped to $27 today.
http://a.co/d/1FE0GkE

Visit site
Bought one to supplement the larger waterproof river trip duffel bags we have been using on top of the 60.

BMThiker said:
I've been tracking this bag on Amazon for a while. It dropped to $27 today.
http://a.co/d/1FE0GkE

Dang that’s a steal! Did you just check it every day or is there a way to get alerts on price drops?

It's been sitting on my wish list for 3 years. I didn't have alerts set up, but there are tools for that. I use the "Keepa" Chrome plugin to live track a few things, but I don't set it up for all items...just too many emails stack up.
You must log in or register to reply here.