Rear Cargo Area Water Leak - How I fixed it. (1 Viewer)

I had the dreaded water leak that was soaking the left rear section of carpet of the rear cargo area. This was a leak that was trickling in from somewhere hidden, as the source was not visible without the removal of interior trim pieces. After searching the forum, there were a number of possible sources for this type of water leak... the 3rd brake light (CHMSL), the rear air deflector attachment, the roof rack, sunroof drain system, side glass weatherstripping, and the tailgate/hatch weatherstripping. I decided to start with the the easiest (in my opinion) and most accessible source... the 3rd brake light and the rear air dam attachment area.

I started by removing the grab handle (popped off the little squares with a small flat blade screw driver, then a phillips to remove the handle itself) and trim piece (this guy was a bit tricky to remove, as it hung up on the release lever and the lock button, but it did come off) on the inside of the rear hatch, followed by the two trim pieces on the upper hatch.

The upper and lower trim pieces are secured to the hatch by clips. I used my assortment of Bojo tools (plastic pry tools of various shapes that don’t scratch paint) to pop the clips. One thing to note about the upper trim piece is the different angles of the clips on the sides vs the clips on the top. The FSM clearly shows this.

The next step was to remove the rear air deflector. This required a 4mm allen wrench to remove 4 allen screws. Once the 4 allen screws were removed, the air deflector thingy came right off. At this point, the bracket that held the air dam to the hatch was removed. A 10mm socket was used to remove the 4 bolts. The bracket had a foam gasket material that looked alright, but it was definitely an area where water could enter the vehicle if the gasket was not up to par.

At this point, I expected the 3rd brake light assembly to pop right out, but I remembered somebody mentioning that the light assembly had a foam gasket (a crappy one) with adhesive on both sides. I got my trusty Bojo pry tools and gradually worked my way around to free the light assembly. I ended up breaking off two plastic hooked tabs near the center of the light assembly... I don’t think there’s a way to save these tabs from breaking, as there is no access to unhook the tabs. Oh well.

The next step required a good amount of elbow grease, as preparation is key to good sealing. I used Goo-gone and a plastic scraper to remove the old foam seal and adhesive. Once the majority of crud was removed from the sealing surfaces, I used rubbing alcohol to do the final cleaning. Isopropyl alcohol is great for removing any residual oils from the Goo-gone solvent.

Next was to seal the brake light assembly to the rear hatch. Toyota conveniently does not sell just the gasket... it only comes with the complete brake light assembly at around $250... no thanks. I’ve always had good luck with Toyota’s FIPG gasket sealant. I know this stuff is intended for oil pans and engine components, but I’ve sealed up roof rack leaks in a couple of other trucks with perfect success, so I used it for this job as well. I laid a bead about a 1/4” wide and about a 1/4” tall around the sealing surfaces on the body as well as the 3rd light assembly. I then fed the wiring harness back through the opening and set the light assembly back on the hatch. The two nuts were gradually secured and snugged down.

I cleaned up the air deflector brackets and ran a bead of sealant and secured the bracket on to the hatch. A little bit of sealant was also applied to the bolts to ensure no water leakage past the threads. The air deflector was then attached using the allen bolts.

Later on that evening, we had a good downpour throughout the night. The following morning, I inspected the rear cargo area and guess what? It was bone dry!

Do post pics as I think I need to do the same.

This is the area where the water was soaking the carpet: 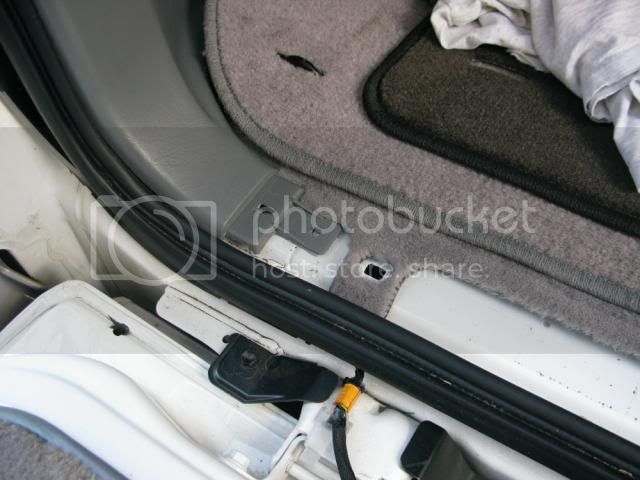 Interior trim pieces that removed from the upper rear hatch. Notice the different angles of the clips on the upper trim piece: 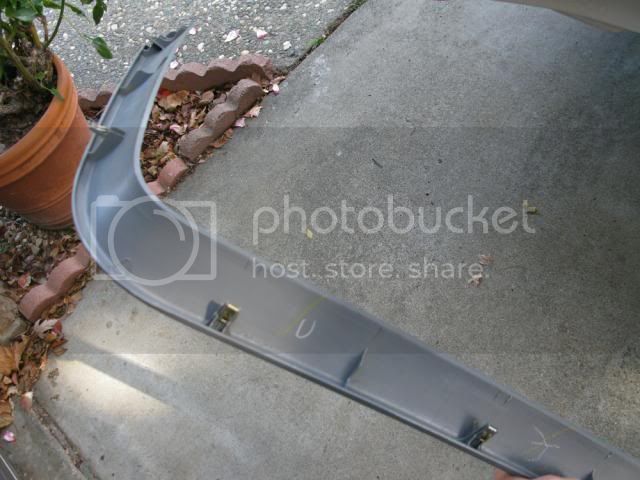 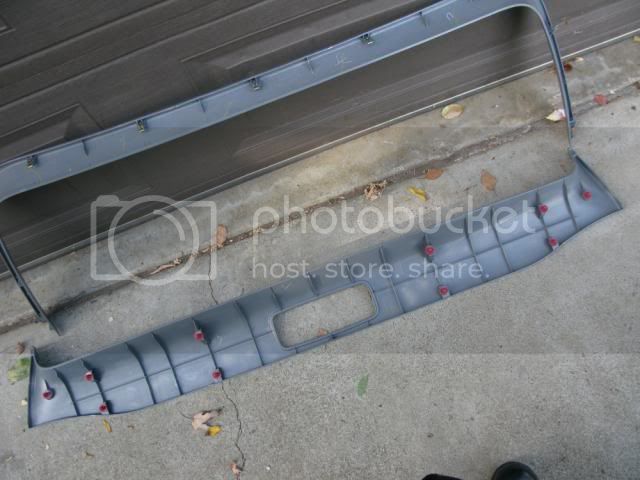 View of the upper rear hatch from the inside with the trim removed. You can see the two rubber plugs... the nuts that holds the 3rd brake light assembly is behind it. Also note the wiring harness with connector for the 3rd. light: 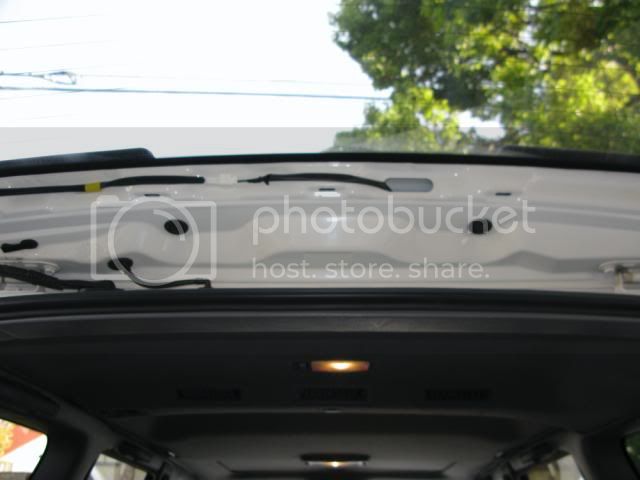 More shots of the upper hatch from the inside: 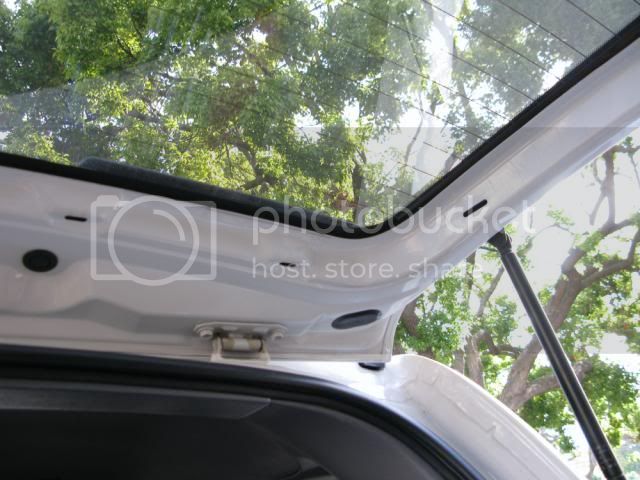 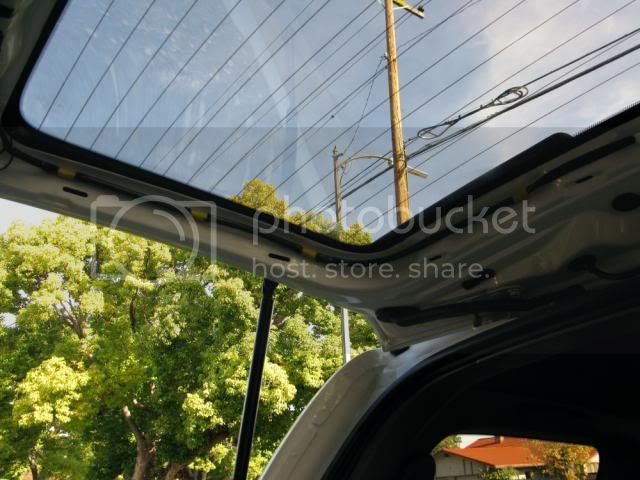 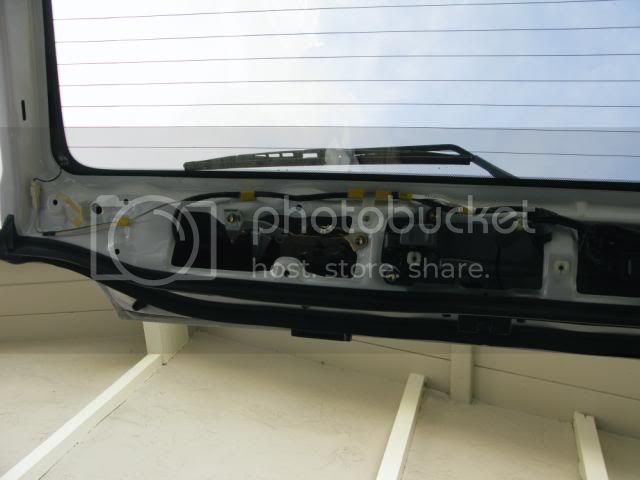 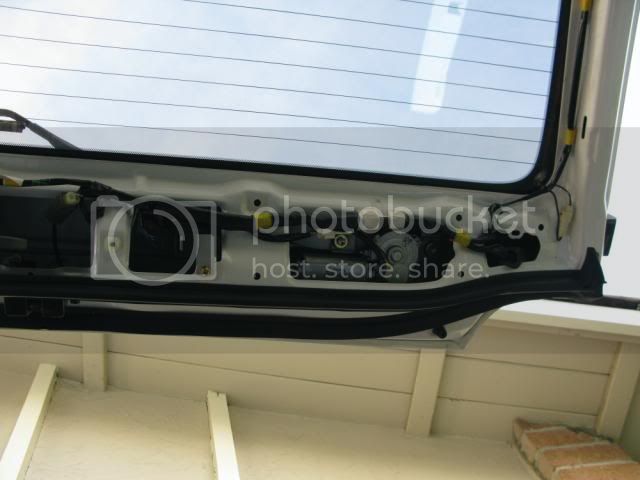 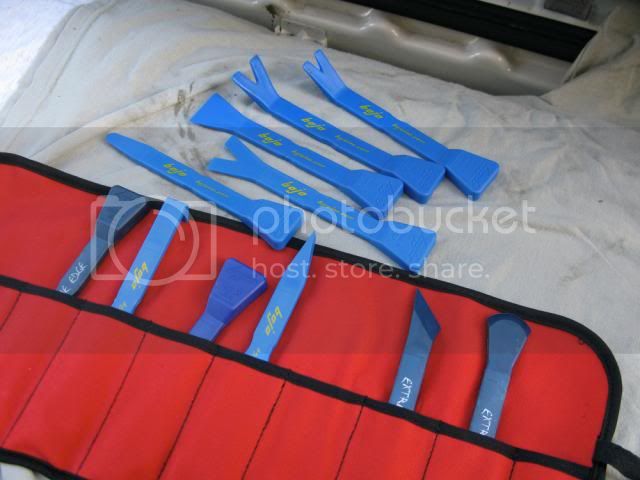 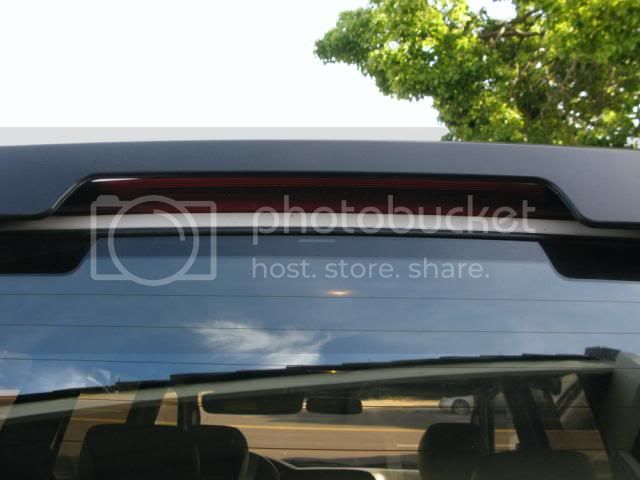 1 of 4 allen bolts that secures the wind deflector: 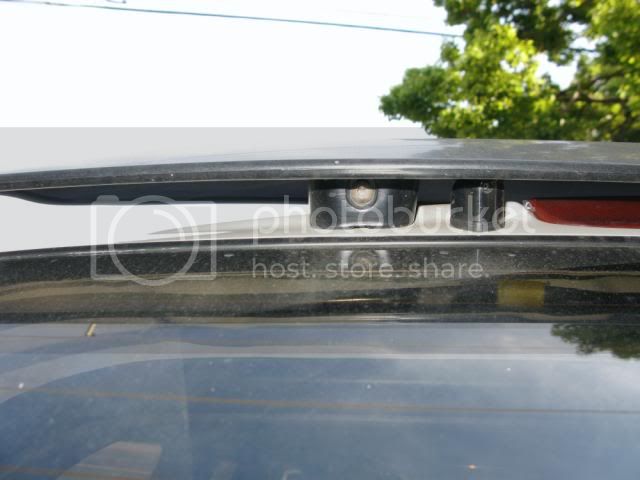 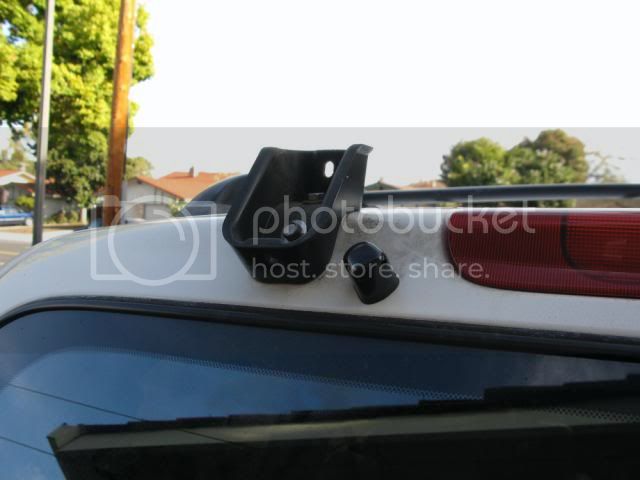 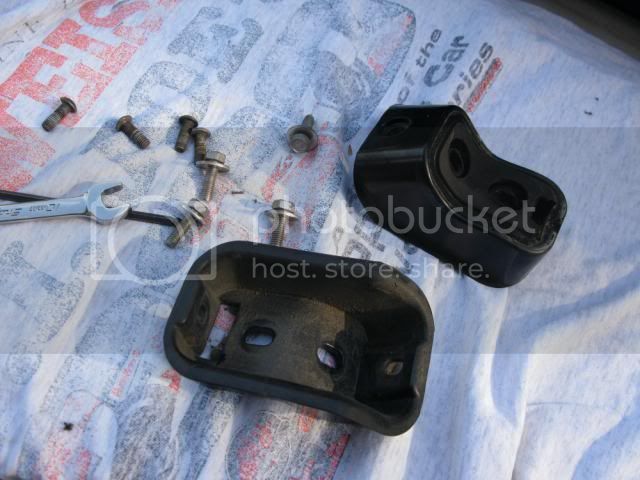 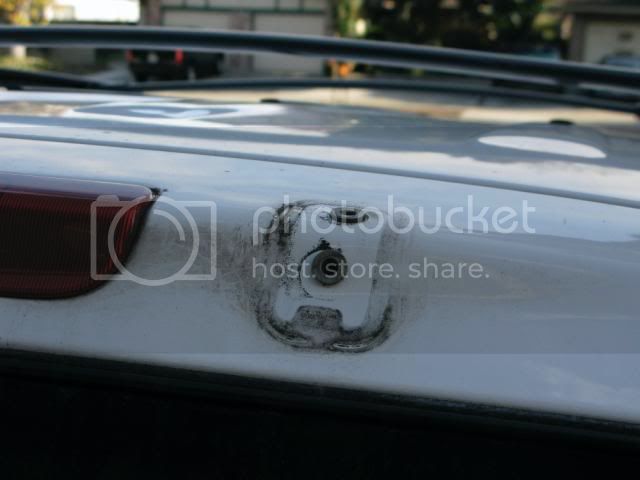 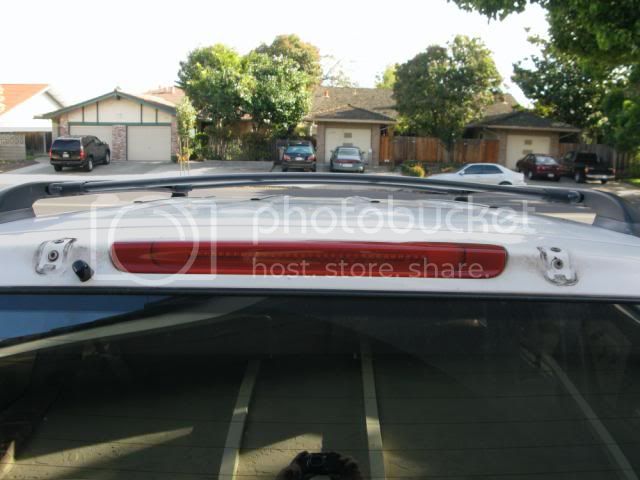 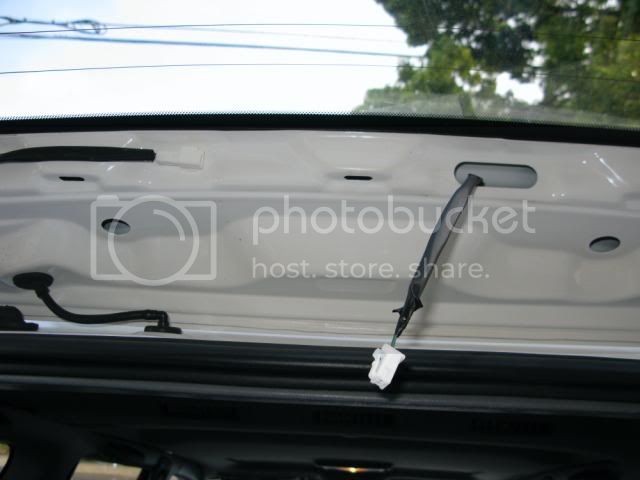 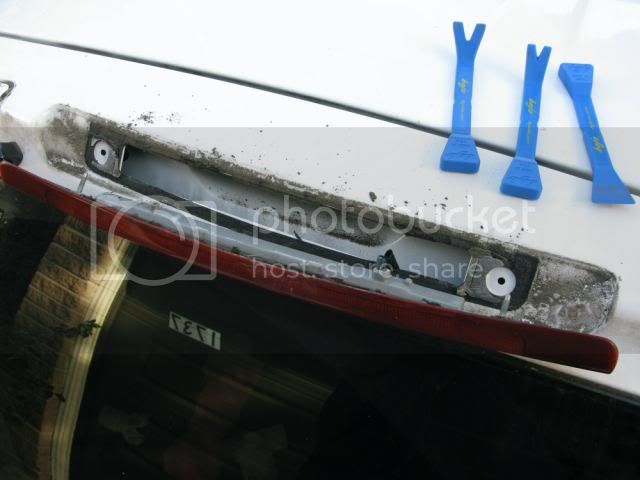 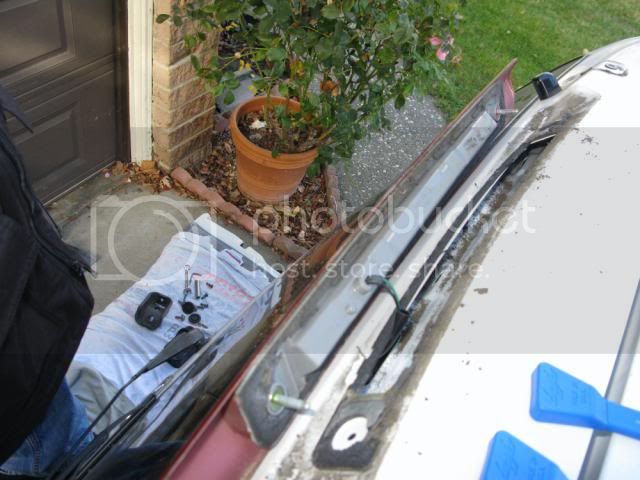 3rd. brake light assembly, before and after cleaning: 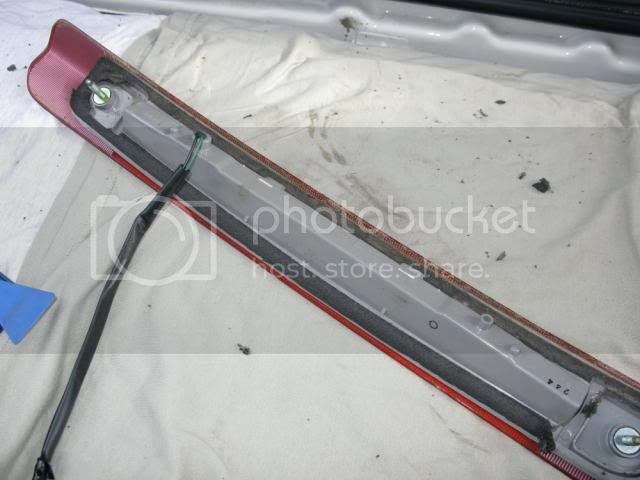 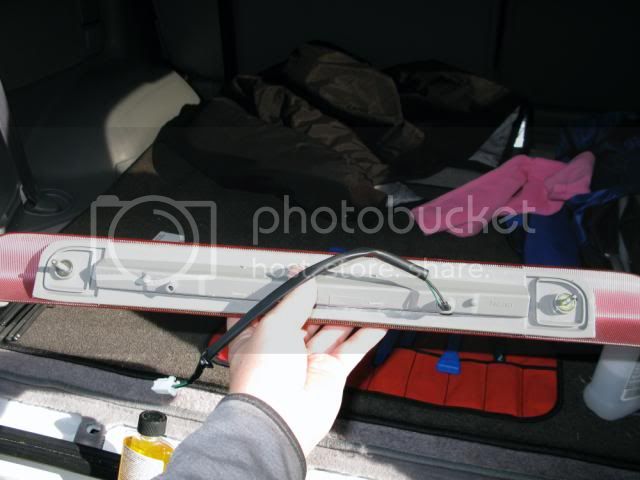 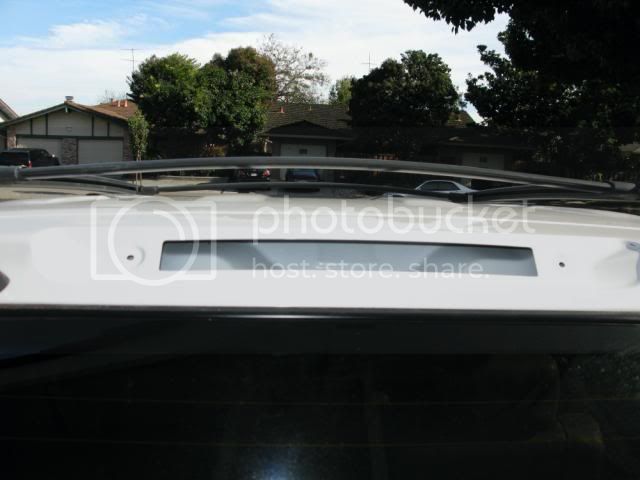 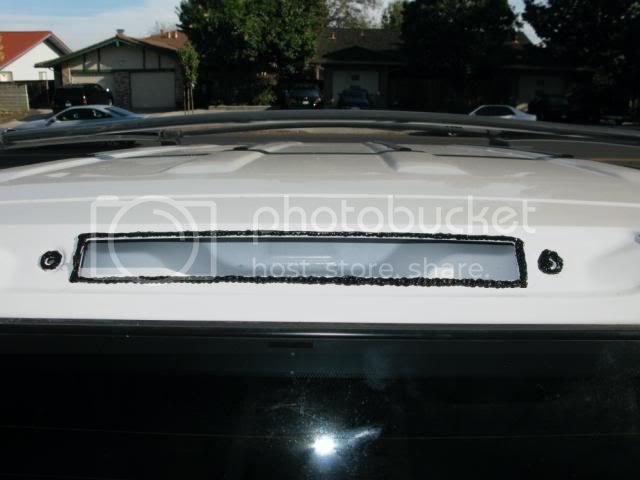 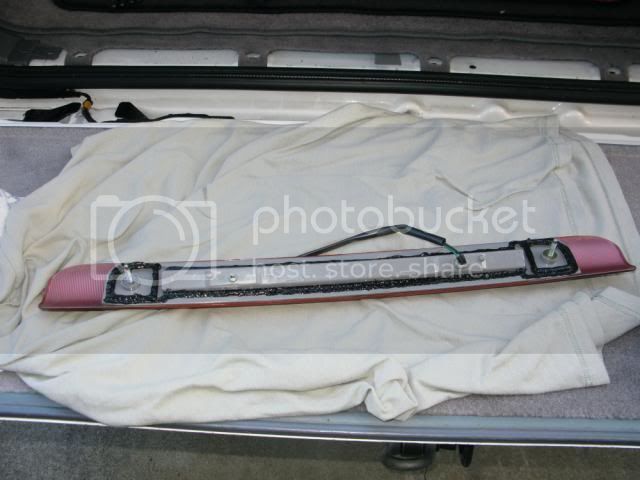 Woke up to heavy rain on the following morning... no leaks! 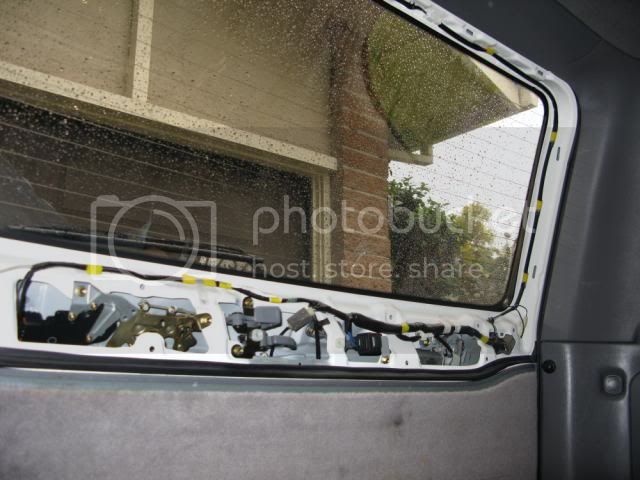 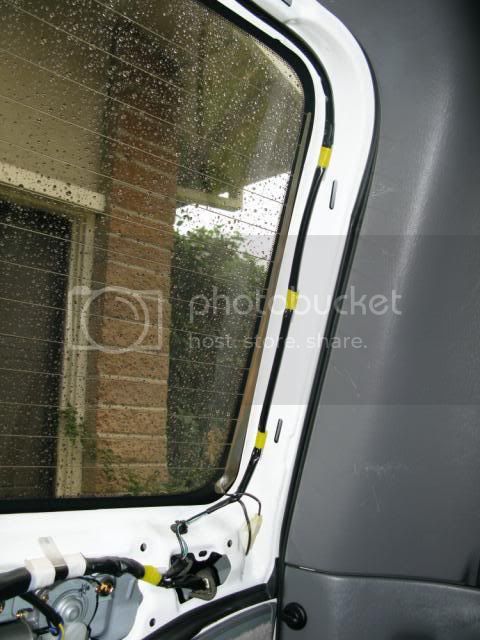 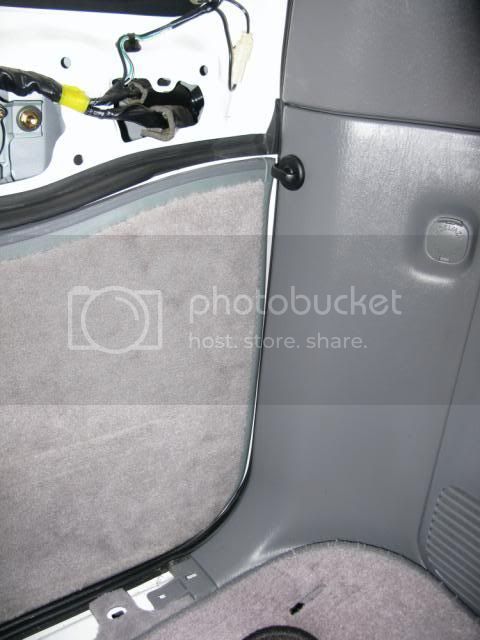 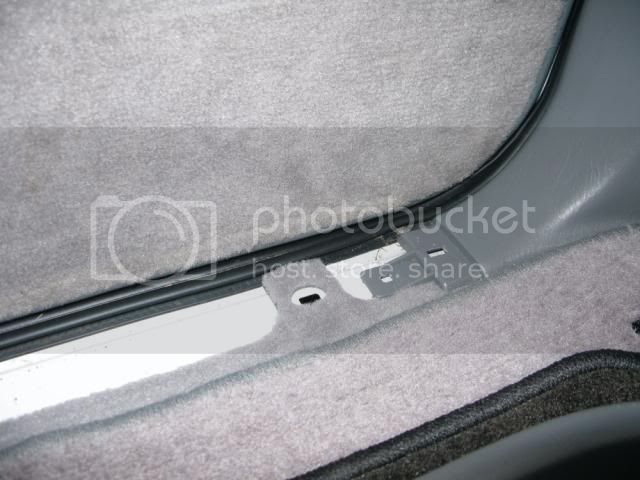 Awesome post and great pics to illustrate! Can we all agree this third brake light design is sh***y? Any reason it couldn't have gone on the inside of the window like other manufacturers, and if it had to be this way, a FOAM gasket? Really?

Nice write up and pics Supra. I have a very slight leak in that same location. I'll probably end up doing the same. I park inside so it's not a big problem for me yet but still needs to be fixed.
N

Great write up! Looking back on it, is it necessary to remove anything on the inside of the hatch? Looks like the fix can all be done on the outside part of the hatch (ie, just focusing cleaning and re-sealing the brake light area).

Just got a 99 back in May (long time lurker) with 85K on it (has the the rear locker). Love it, but my right rear cargo area does have a tendency to get wet, need to try and fix it at some point.
You must log in or register to reply here.