Hi everyone, I’m new to this forum and hope my question is not out of line for this type of forum so I’ll try to keep it as brief as I can. I have a 1994 Toyota extended cab, V6, 4x4 manual trans pickup with 182,740 miles on it that I’ve owned and enjoyed since 1996. It is licensed and I take it for a spin every week or so. Engine runs great and everything works, interior is all factory original and in excellent shape (radio has been replaced with CD player/radio). The frame and undercarriage is solid and in good shape. Body has no dents but is well faded and very bottom of doors are rusted with some rust also below them.

So, to get to my question, I have looked online a little and appears this is a very popular pickup for restorers to keep or resell. I am ready to sell this truck and wonder if anyone can suggest where the best place is to advertise for sale that might better be seen by restorers or is something like craigslist just as good? Also any help on what would be a reasonable price range to ask for a pickup like this. I live in the Nashville TN area if that’s helpful. Thanks for your help. 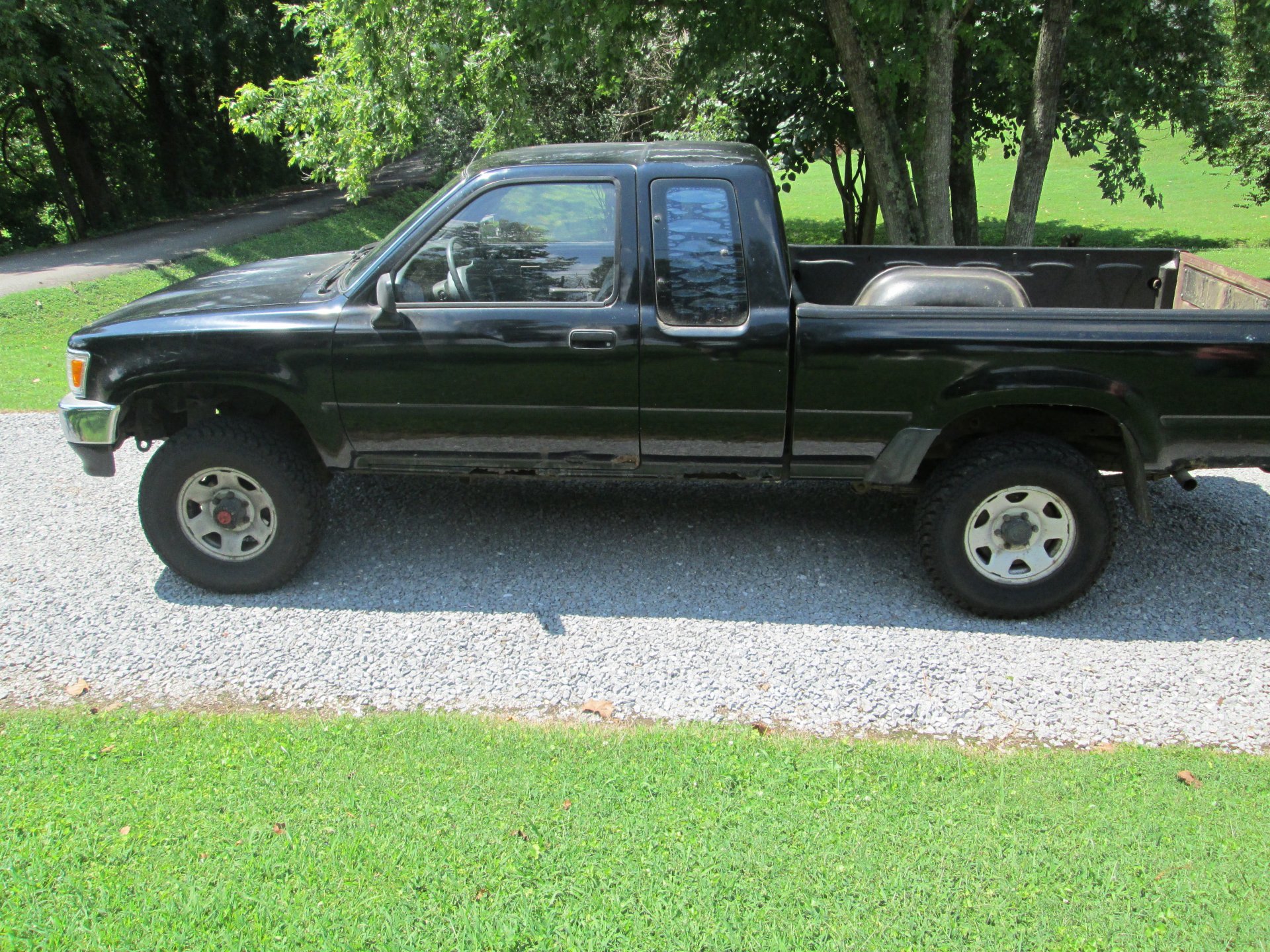 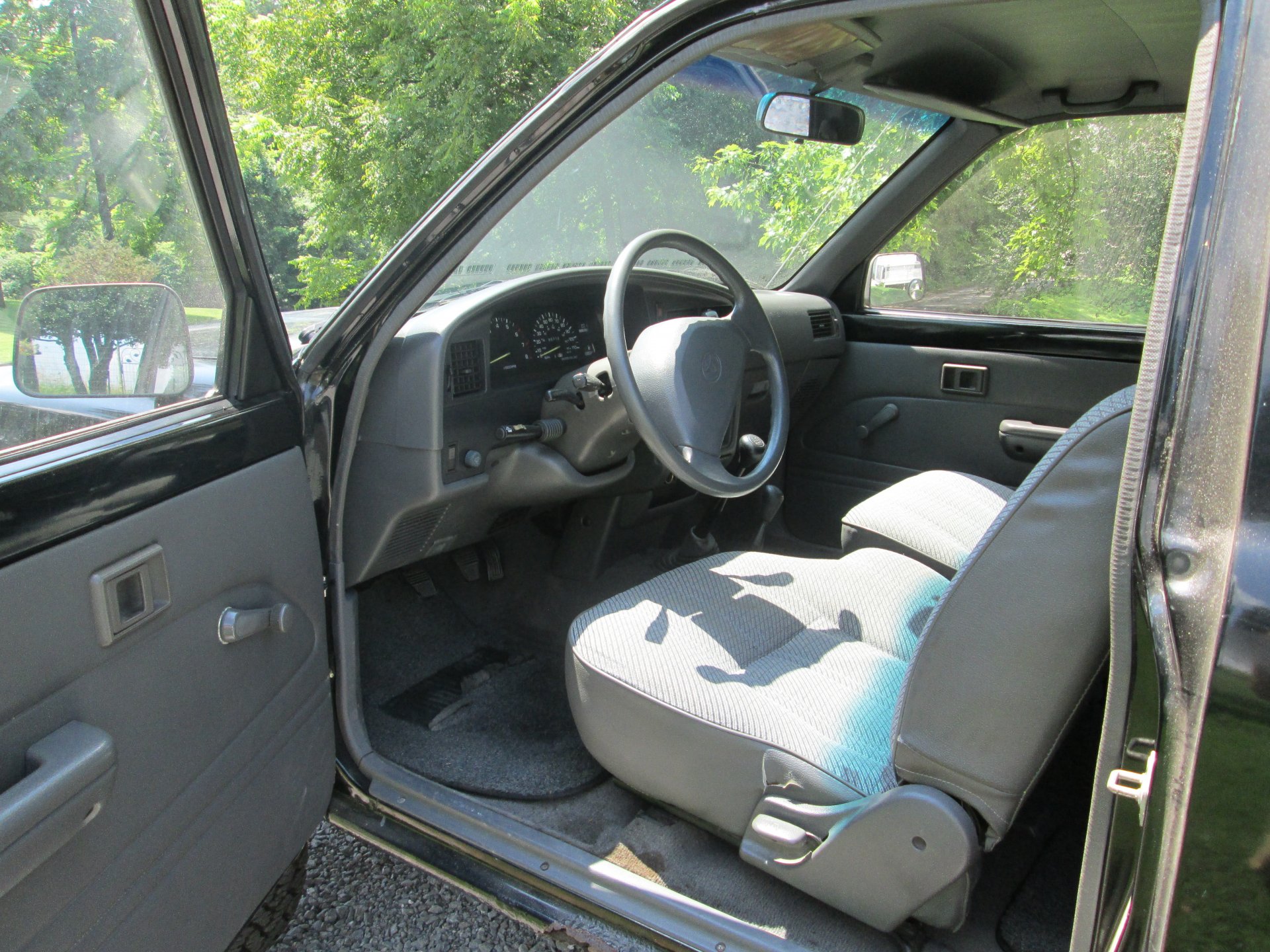 "some rust" is not the same as holes rotted through the rockers . Make sure you are more truthful in the listing, wherever you go. That's gonna be a hard sell, and not an easy fix. That would not pass inspection up here.

Positives are that it was built in Japan and has low miles. Negatives are that the 3.0 V6 engine is widely acknowledged as one of the worst engines Toyota ever built.

Did you have the head gasket replaced under recall?

Lastly, that’s a lot of rust. As @KLF pointed out, that’s a lot of work and the truck doesn’t fall into the year range(s) a restorer typically looks for. With those rockers I’d be worried about the frame and other under-belly components.

Check out bringatrailer.com and eBay for an idea of price range.

The 3.0 is not as bad as the reputation, once you get the upgraded head gaskets. But, they are generally avoided.
J

Thank you for your replies and observations. I really didn’t realize the rust was such a big problem, I thought this was more cosmetic and repairable with aftermarket panels such as is available through carid.com by someone with the tools and knowledge of body repair. The other side is also rusted through in the same area but not nearly to the extent of the side I sent the picture of. The only other rust is where the exhaust pipe comes out under the outer panel. I don’t have any idea why only these areas have rusted through so bad other than when the exhaust was replaced it was attached to close to the body panel. There is no rust through anywhere under the truck, there is only normal surface rust. The head gaskets were replaced in Oct 1999.

Aftermarket cruise control was installed in March 1997, this is simply an add-on that can be removed if not wanted.

This is why I asked the questions to guys who have knowledge of this trucks value, it certainly doesn’t carry the value it thought it might and, as such, is not something I want to waste my time on. I bought a new truck last month and my wife wants the Toyota out from under the carport, maybe I’ll through it on Craigslist or Market Place for best offer or simply give to my oldest son to strip and sell the parts on e-bay.

Again, thank you so much for your time and replies. I’ll get out of this forum and not pester you guys anymore.

First, you're not pestering us. It's why we have forums like this. I apologize for not giving you a proper welcome.

The problem with rust like that is, like an iceberg, you are only seeing the visible portion. Once someone starts hacking off those rockers, there's likely a lot more behind there. The rust on the bed is common when someone installs a non-OEM exhaust. It doesn't exit properly and heats up that tender sheet metal, and the paint can't tolerate that for very long.

Make sure you also reach up under the frame just in front of the pass side rear tire, feel the frame rail where it is adjacent to the gas tank. I have seen frames that look perfectly fine come apart in hunks right there. It's a bad design that doesn't allow dirt and water to properly drain.

No issues with the aftermarket cruise, as long as it's installed properly and works well.

I don't think its a "part out" truck, yet. There's still a lot of life there. Best of luck.

KLF said:
The 3.0 is not as bad as the reputation, once you get the upgraded head gaskets. But, they are generally avoided.
Click to expand...


I’m glad you pointed that out. It seems everyone forgets that 22REs gack a head gasket with regularity as well. So do the 3.4s. The 3.0 in my ‘89 4Runner gives awesome fuel economy, and more than enough power for the truck it’s in.

Mine has around 180,000 on it too, and had rust in the rockers and wheel arches like the OPs. I paid $1500 for my ‘Runner with the PO showing me $10,000 in parts and labor records over the previous 20,000 miles. And 1st gen 4Runners are generally more desirable than that era of pickup.

I’m thinking somewhere in $3k range. Interior looks nice and overall functionality is good. 3.0 is avoided but if you are the second owner and have taken good care of it then that holds some value. Your target demograph would be a high school kid who wants a truck, the Hispanic community,(they like these for landscaping/Ag rigs) or some old timer looking for a farm truck. What price range are you thinking or wanting?
J

Yes, mechanically it has always been well maintained.
I'll list it for $3,500 and see how that goes.

Jer said:
Yes, mechanically it has always been well maintained.
I'll list it for $3,500 and see how that goes.
Click to expand...


Crazy to think how much these trucks go for outside of California.