I've noticed my truck has a small crack where the panhard bracket welds to the frame under the steering box. From researching, it seems this is a relatively common location for cracking. I need to do a bit more cleaning / inspection, but it seems to be isolated to just the weld / panhard bracket and not the frame itself as others have had around the steering box bolts.

I'm debating on if its best to just grind / drill this crack and weld it or pull the steering box and weld the panhard/crack and plate the frame around the steering box. I have a few concerns with plating the frame. First, burning off the paint inside the frame so it can rust (going to happen with any repair). Second covering any future cracks on the frame with a plate so they can't be seen. Third creating a moisture trap between the frame and plate where rust can occur more easily.
Has anyone had any of these issues? It seems as long as I were to weld the plate completely maybe the moisture trap is less of an issue and its just the inside of the frame to worry about.

Any suggestions on decent paint to repaint the area with? I'd like to do something a bit better than rattle can so it lasts...even if that means a spray gun or some prep.

Finally, I have a 250A TIG welder so I am planning to TIG it rather than MIG. I don't really see any downside to that / the extra heat from TIG. Were these frames heat treated at all?
1995 FZJ80

I drilled, ground and MIG welded cracks when I found them on my 105 series. Stop your weld just sorry of the hole at the end of the.
Then, I also used some flat bar to create some gussets/braces as well between e frame and brackets.

I'd recommend pulling all the stops and plating it with one of the prefab options. The problem with not doing this is that you are always chasing fatigue cracks vs. jumping in front of it and therefore hopefully preventing further cracking. Do you really want to tear down and then prep/weld/paint multiple times?!? Check the opposite side (US DS) for cracks as well as this can also occur.
Boulder, Utah
1990 HDJ81 / 1HDT Diesel, 6" Lift w/4.88s on 37s, WAT Valve Body, Delta Panhard Bracket & Radius Arms
M

Not at home at the moment, but when I return I’ll get some pics and inspect the backside.
1995 FZJ80
K

This is what I did. 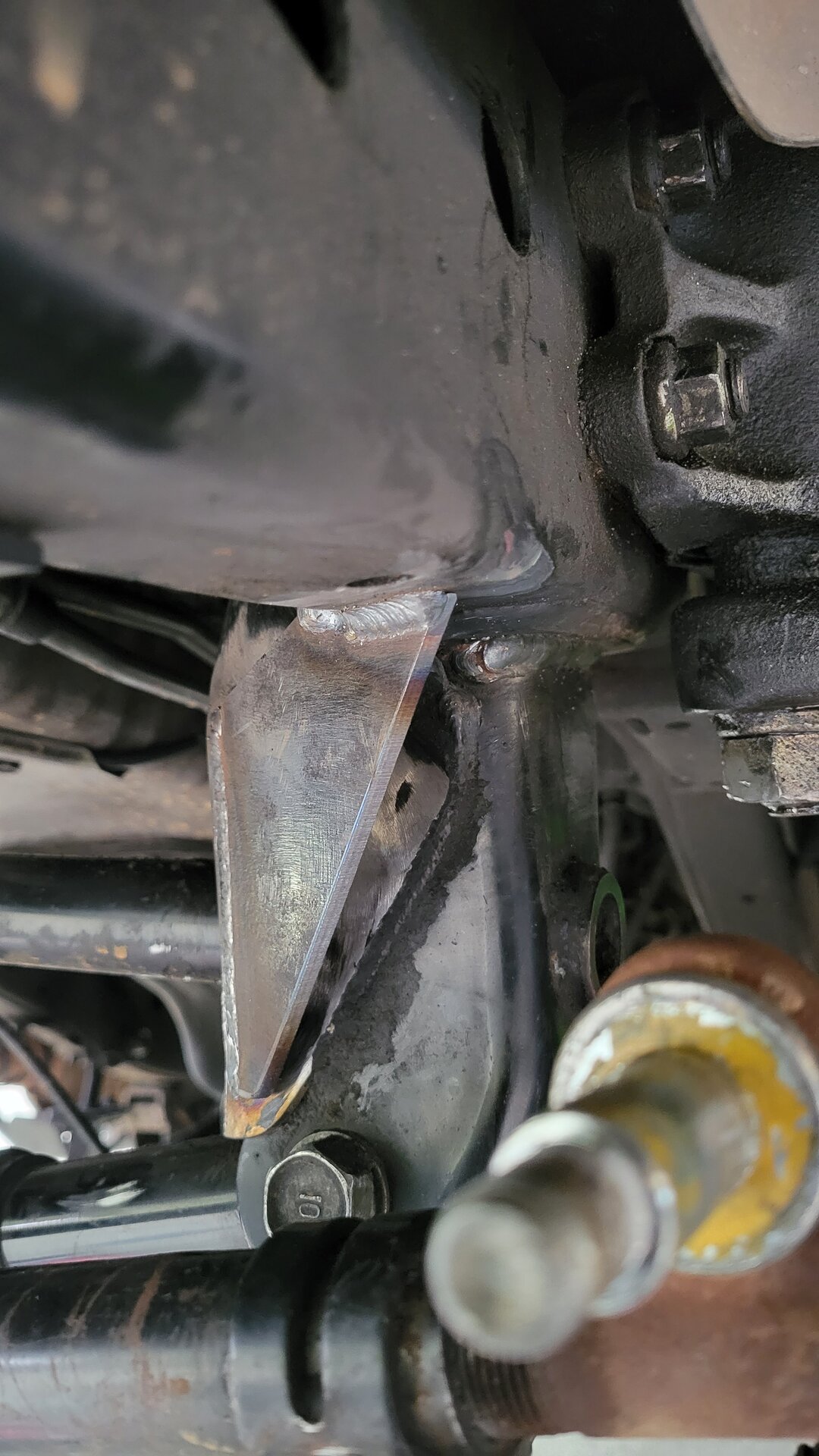 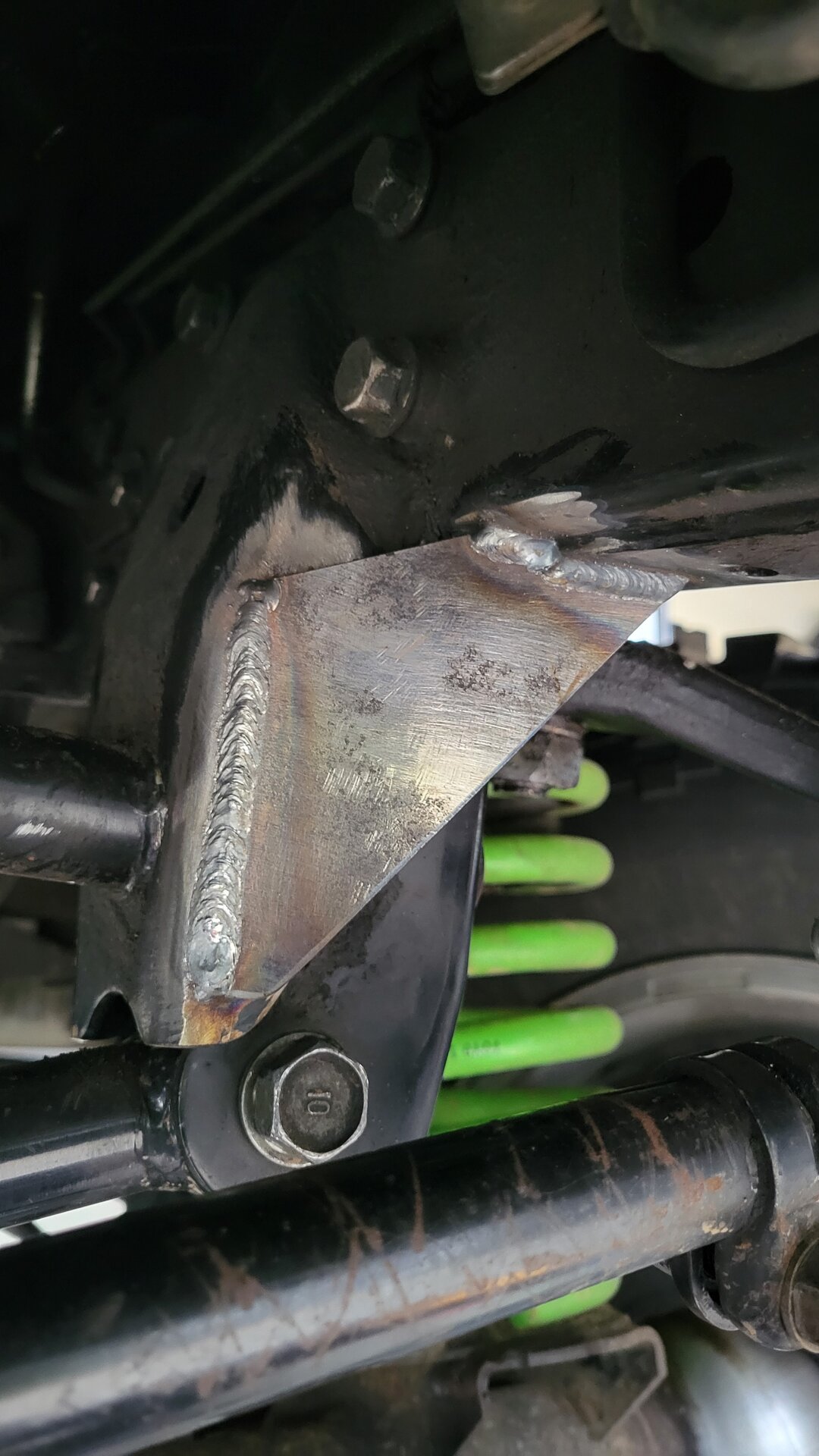 Nice! That looks like it would help stiffen up that bracket. I'll probably add a similar bracket.
1995 FZJ80
M

Here are a few pics of the progress so far. The first one is the hairline crack in the usual spot of the panhard bracket.

I only have a TIG welder at the moment so it was a decent amount of welding to get things sorted. I ground out the crack and did a root pass over that. After that I tig'd in a few more passes with 1/8in rod to thicken up the interface between the bracket and the frame + blend the transition so there is less stress in that corner. I'm planning to add a bracket similar to what MMaxim did and a plate on the outside of the frame where the steering box bolts in. I think I am going to not plate the engine side due to the difficulty of stripping / welding that side with the engine in. 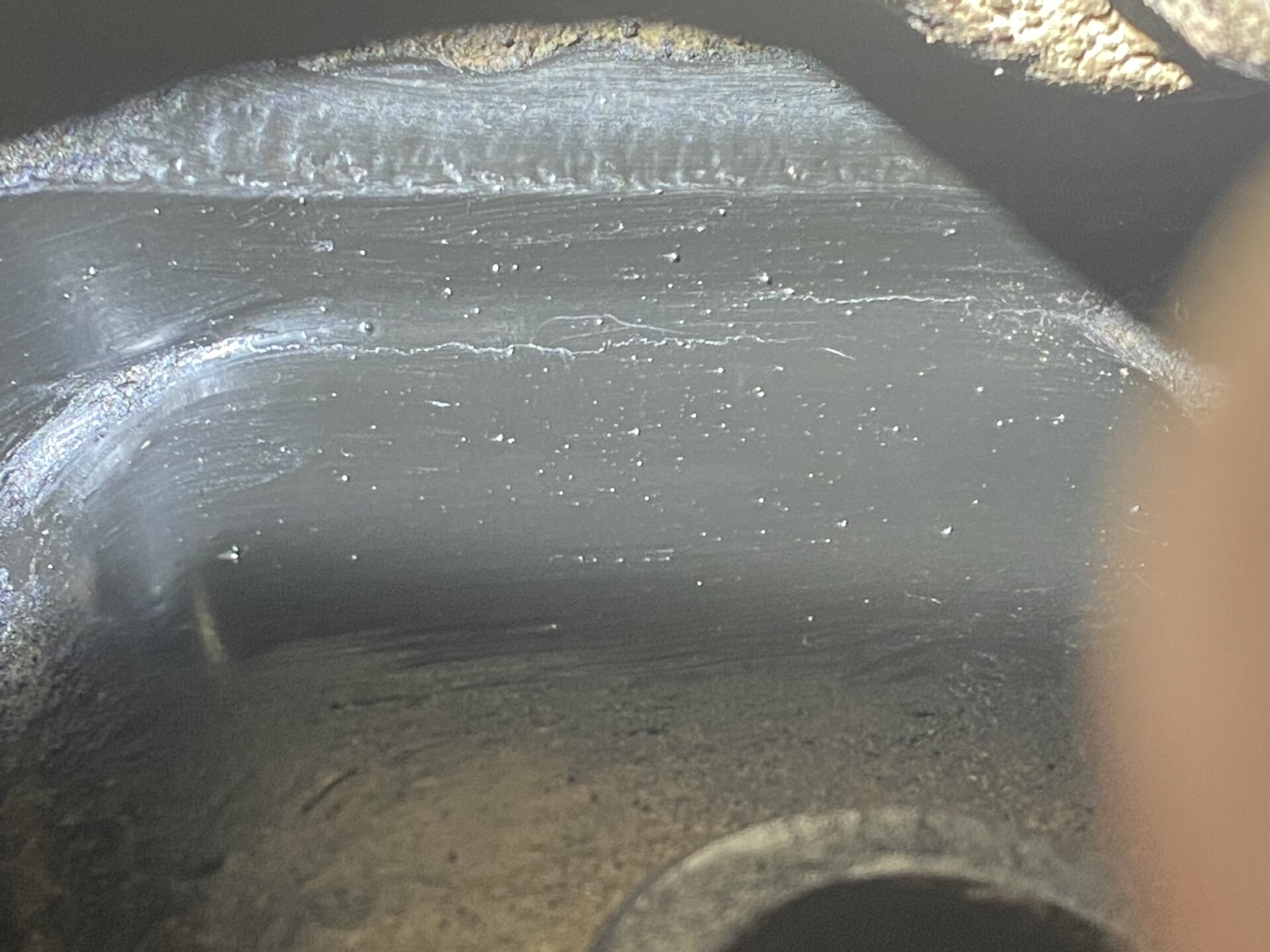 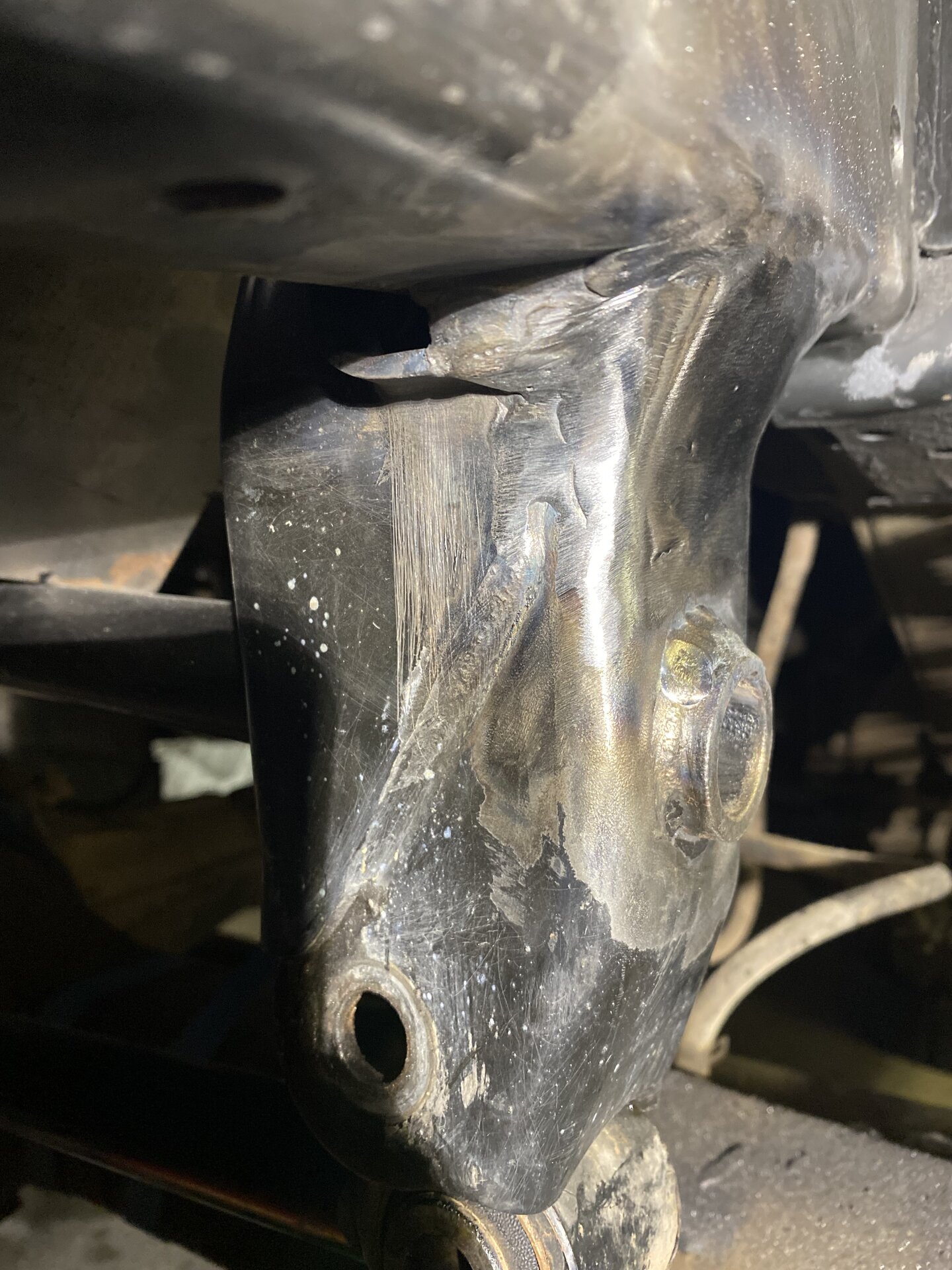 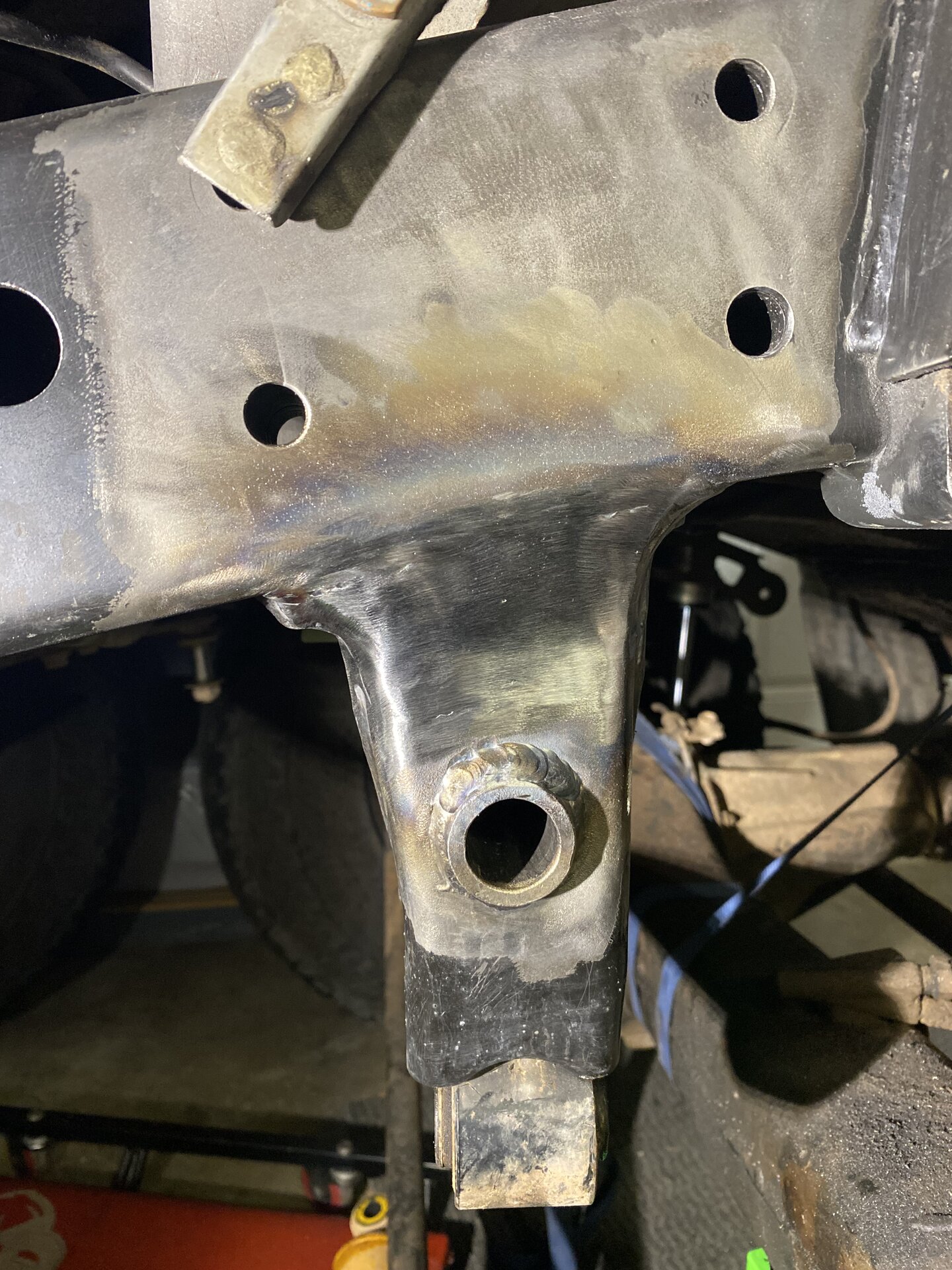 Here is what I ended up doing for the rest. Ended up making my own plates for the braces. If anyone wants a set I could probably make more. Sorry for the so-so tig welds. Only had a 30A service to work off so had to work with that.

I also found a crack where the crush sleeves on the inside of the frame are not fully welded so drilled that out and welded it up, but didn’t plate that side. 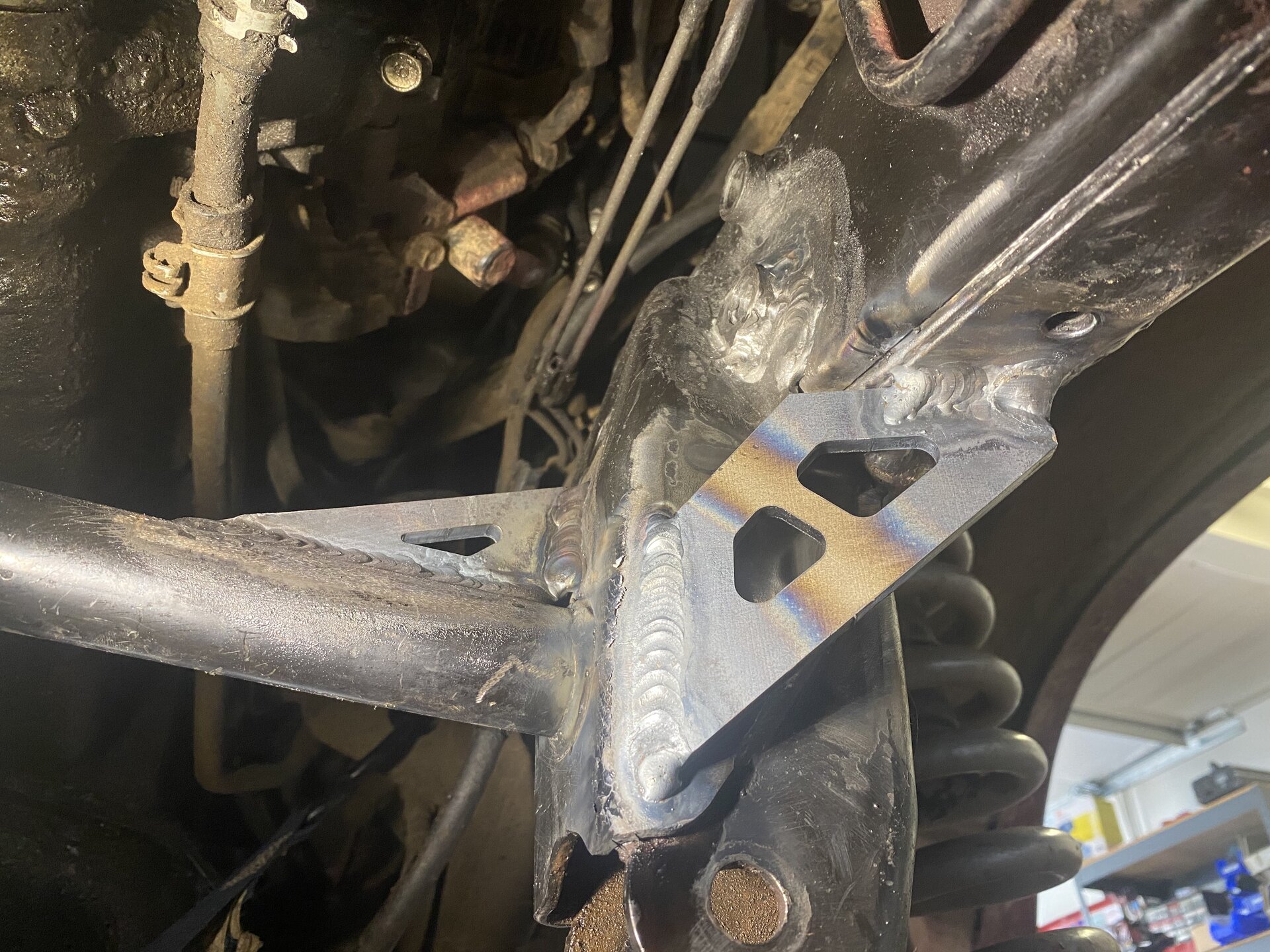 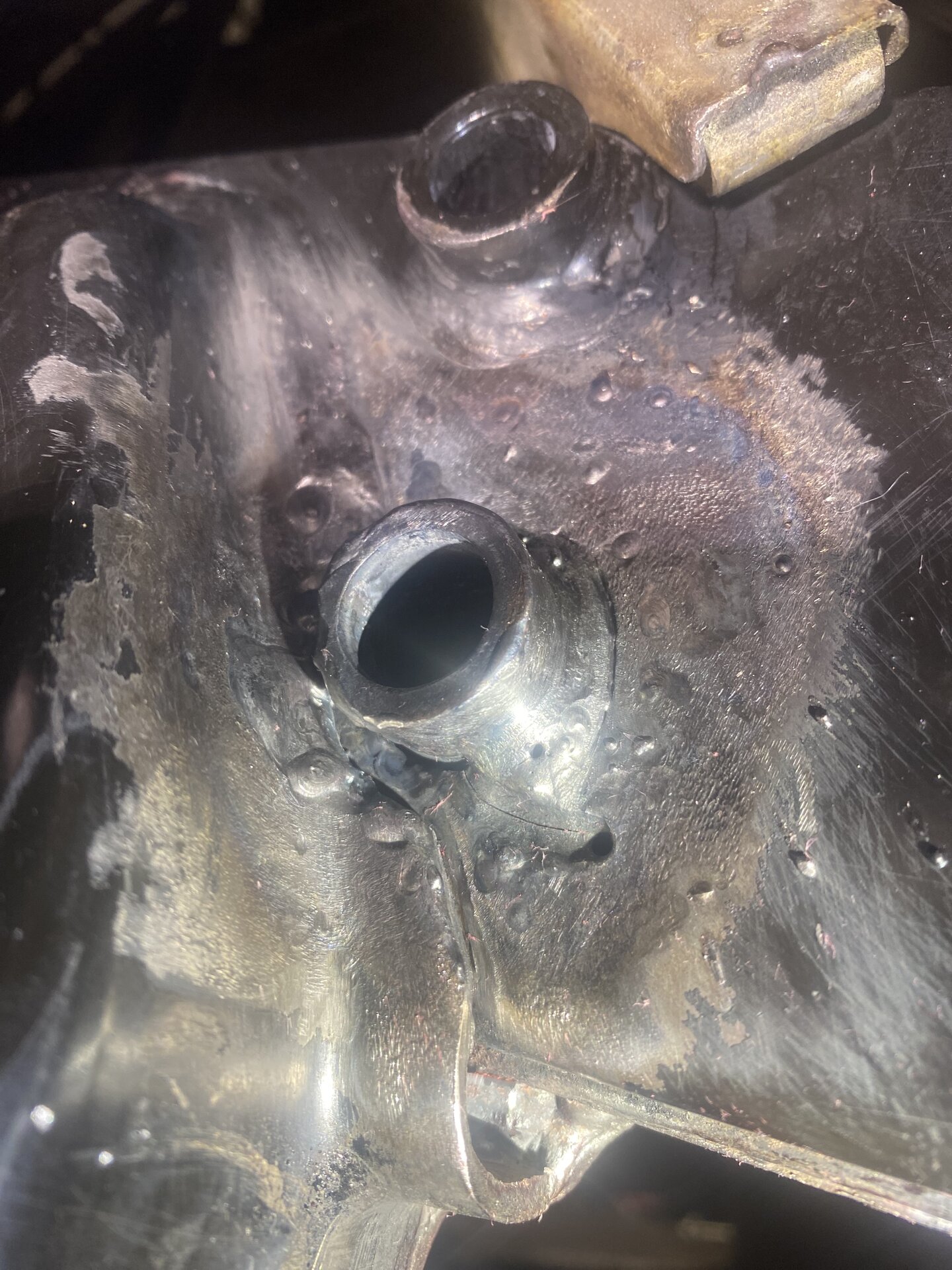 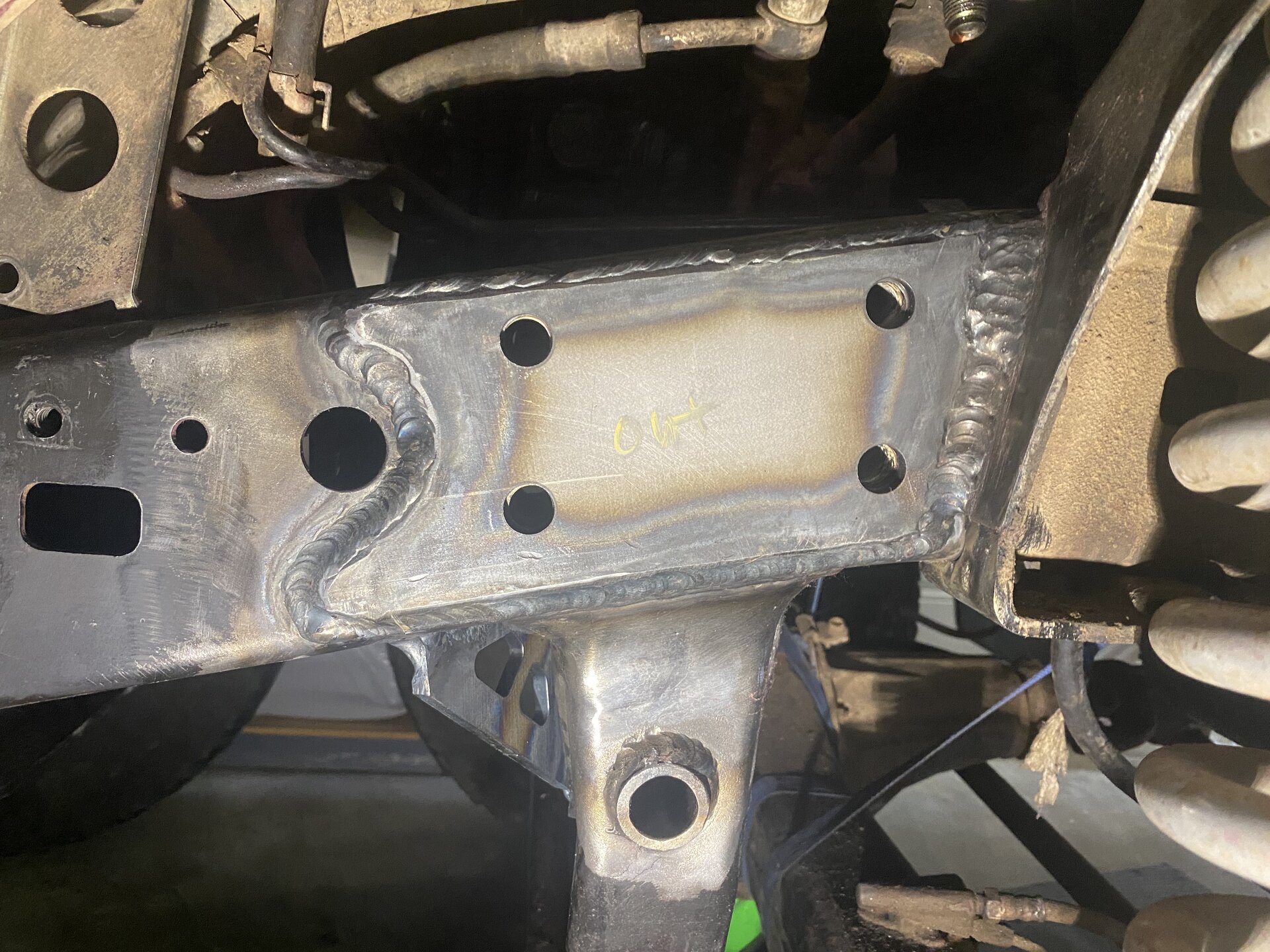